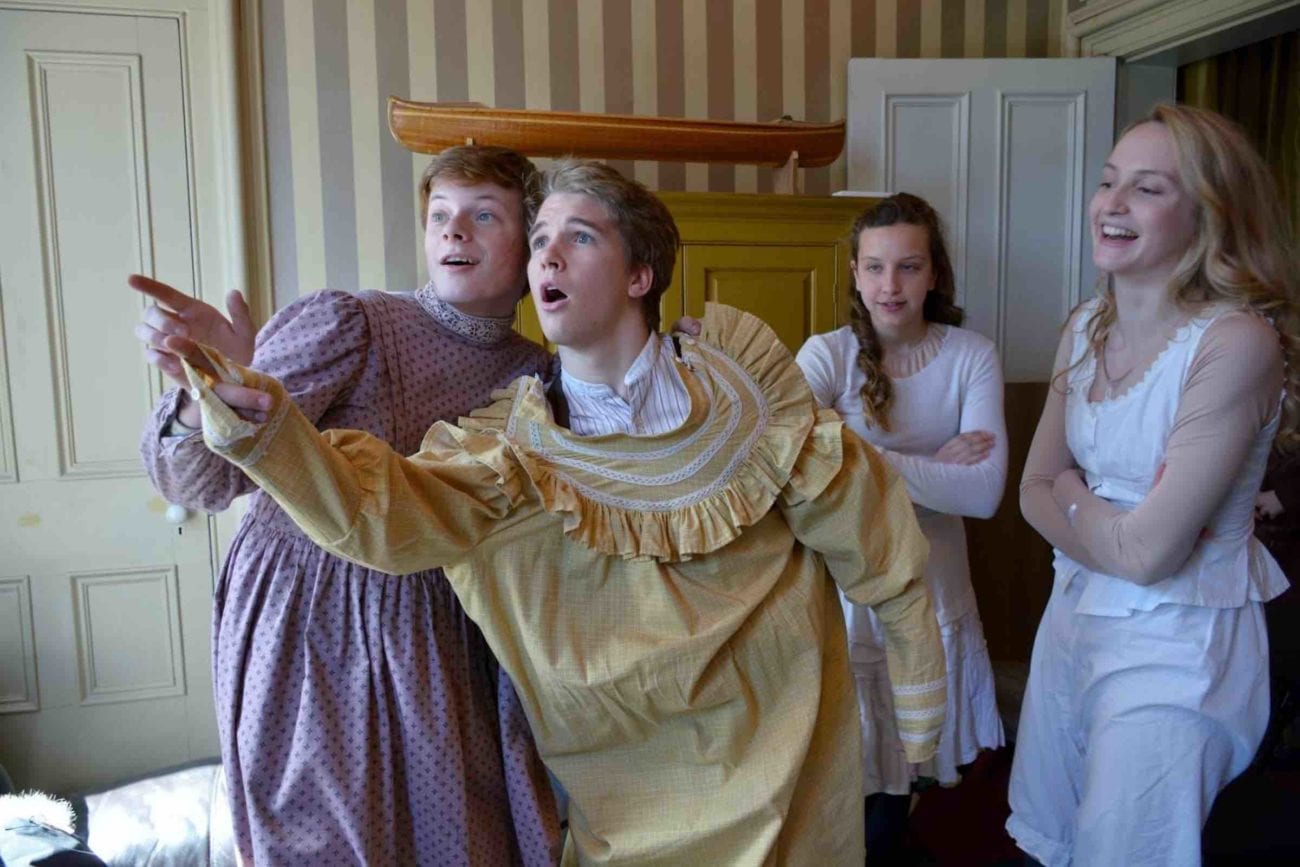 Do you ship Anne and Gilbert? Laugh at these ‘Anne with an E’ memes

The Internet: sometimes the worst place in the world, other times the best. Usually, when the Internet is at its best it’s when memes are on the line. Often times it’s bringing those real world problems to a hilarious forefront, but television shows are not immune from getting memed in a variety of formats.

With the tragic cancellation of Anne with an E, memes are still aplenty for the beloved show. From the hilarious real about dealing with a cancelled show to reacting to things on the series, here are the best memes from Anne with an E. 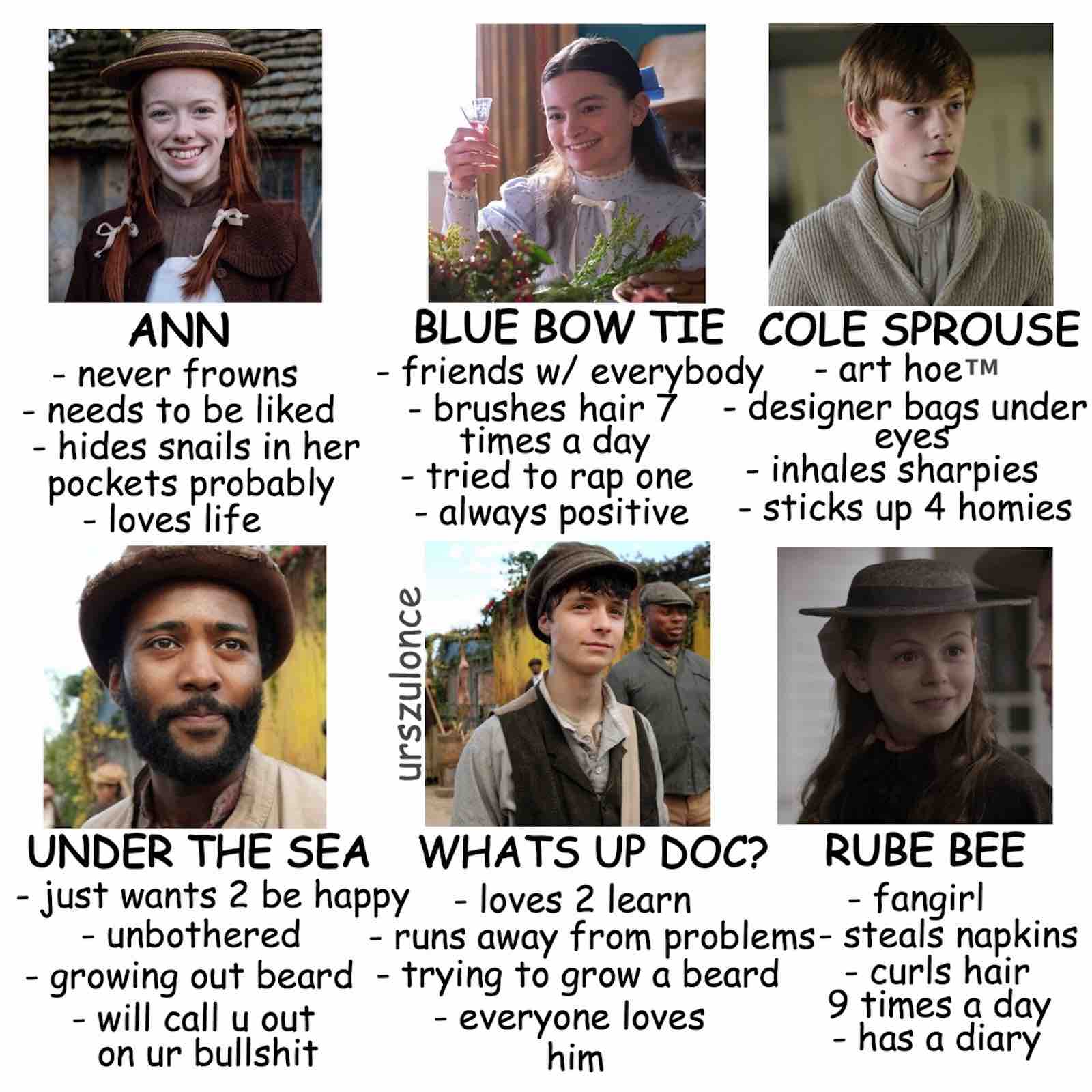 This classic format takes six characters with misspelled names and silly descriptions, asking you to pick the one closest to you. Always a classic to pick. 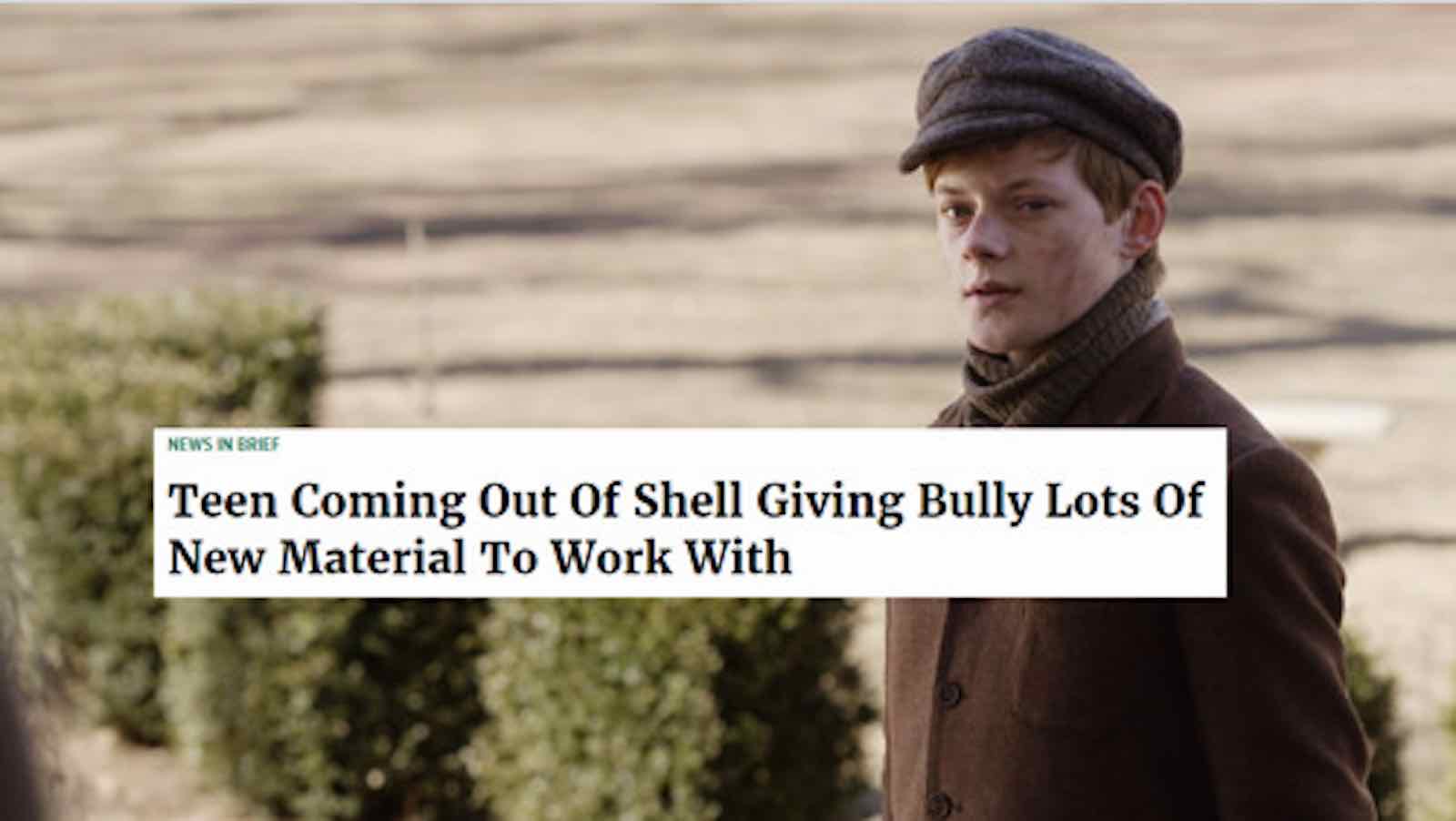 The Onion remains to be the OG and funniest fake news outlet out there. It’s always great to match up a headline to your favorite character. 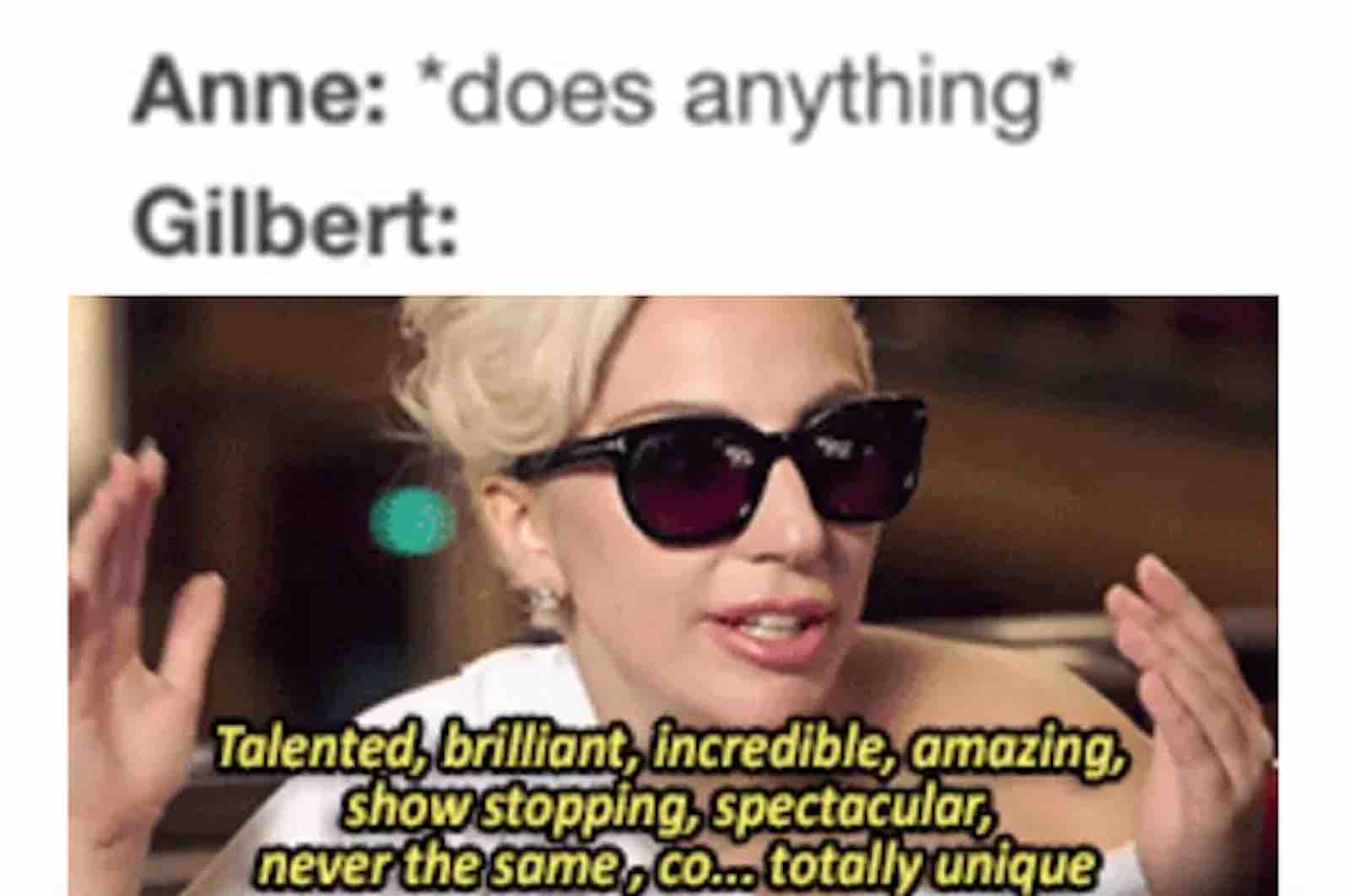 Mother Monster continues to slay with the classic of her using very nice words to describe a thing. Of course, it always perfectly reflects on how Gilbert (Lucas Jade Zumann) feels about Anne (Amybeth McNulty). 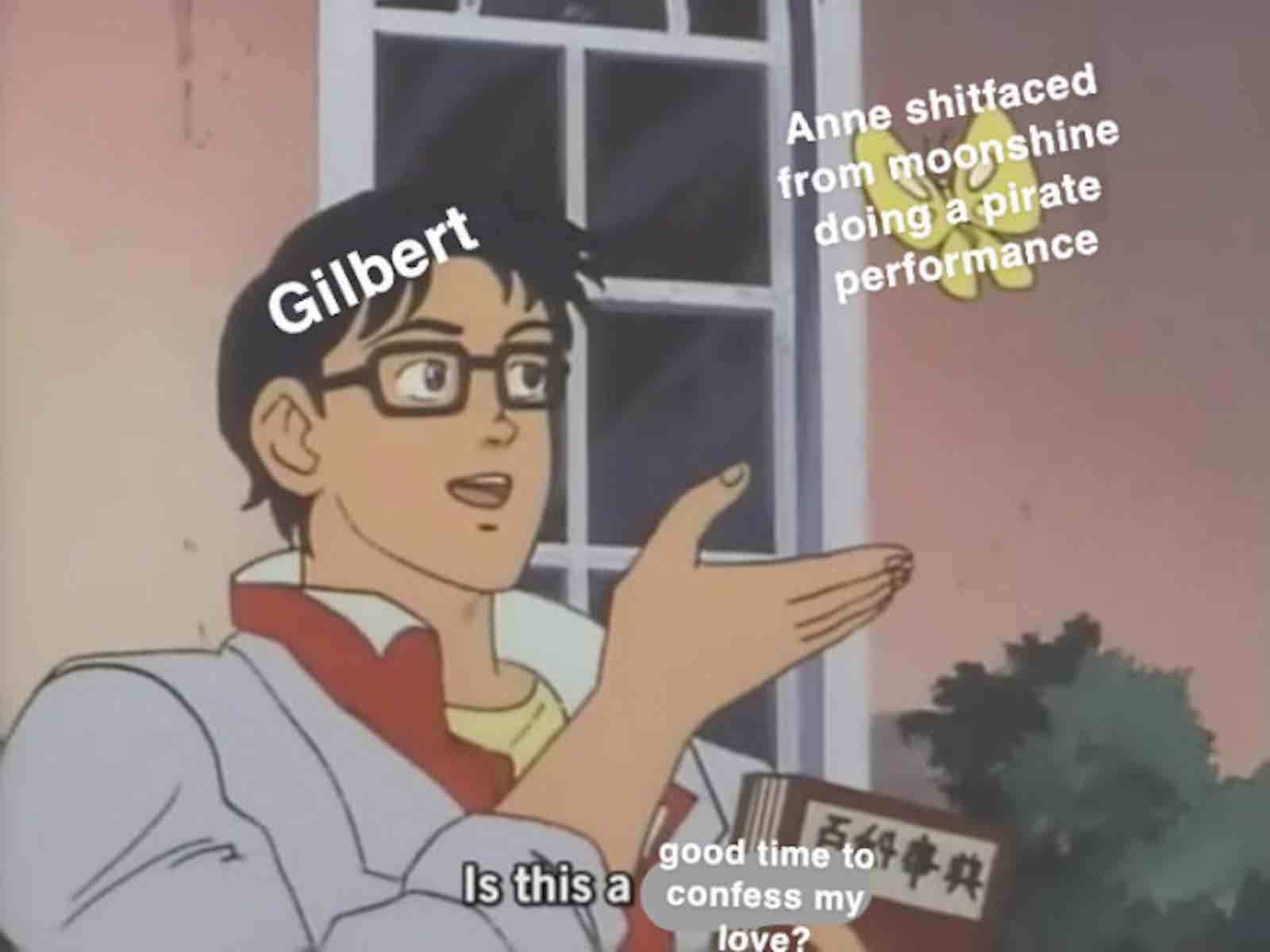 This meme is always great to point out some very stupid decisions that character makes. Really Gilbert, is Anne being drunk the best time to confess your love? Really?! 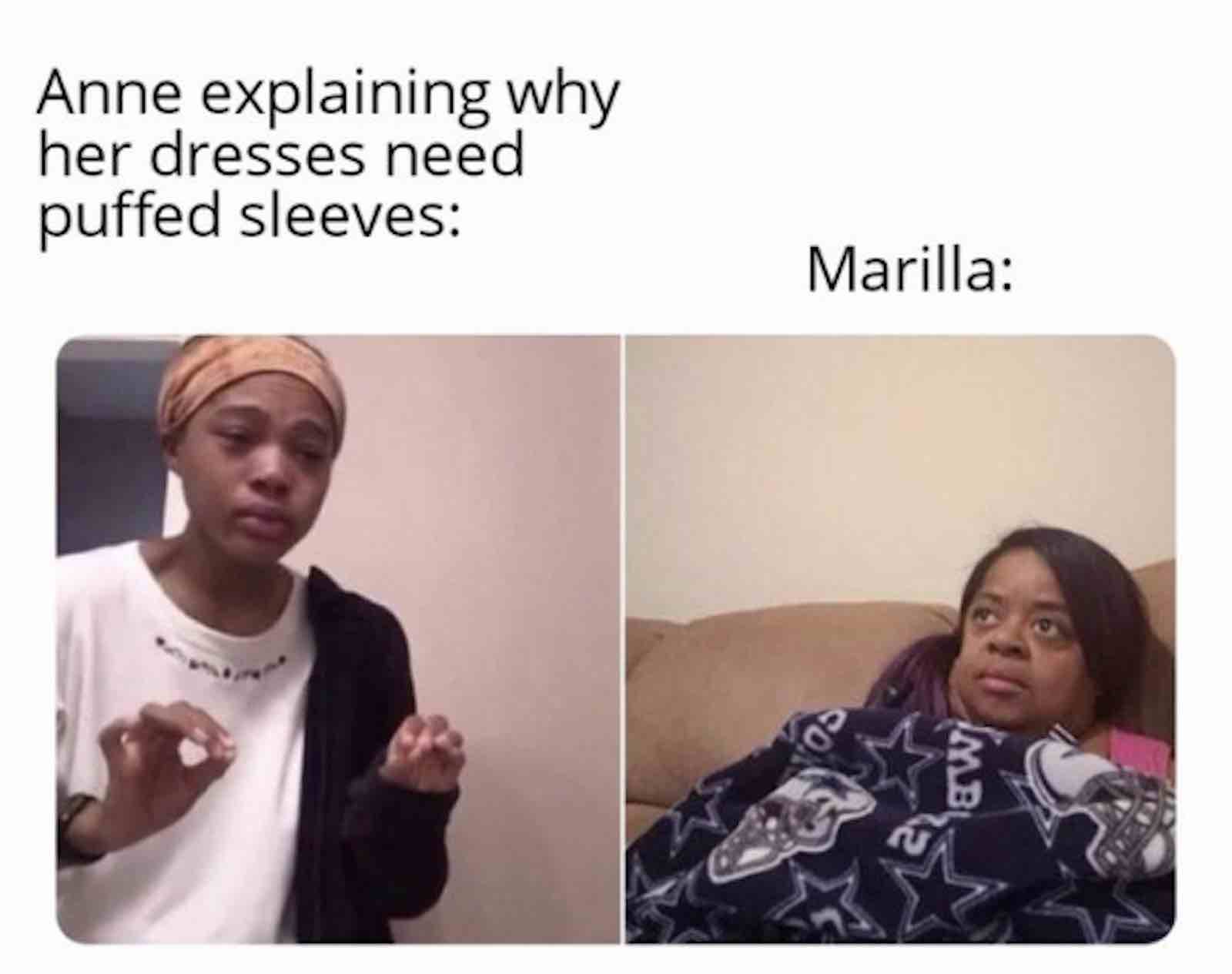 Sometimes people just understand your obsession with a thing be it fashion or otherwise, but Anne really needs those puffed sleeves, okay?! 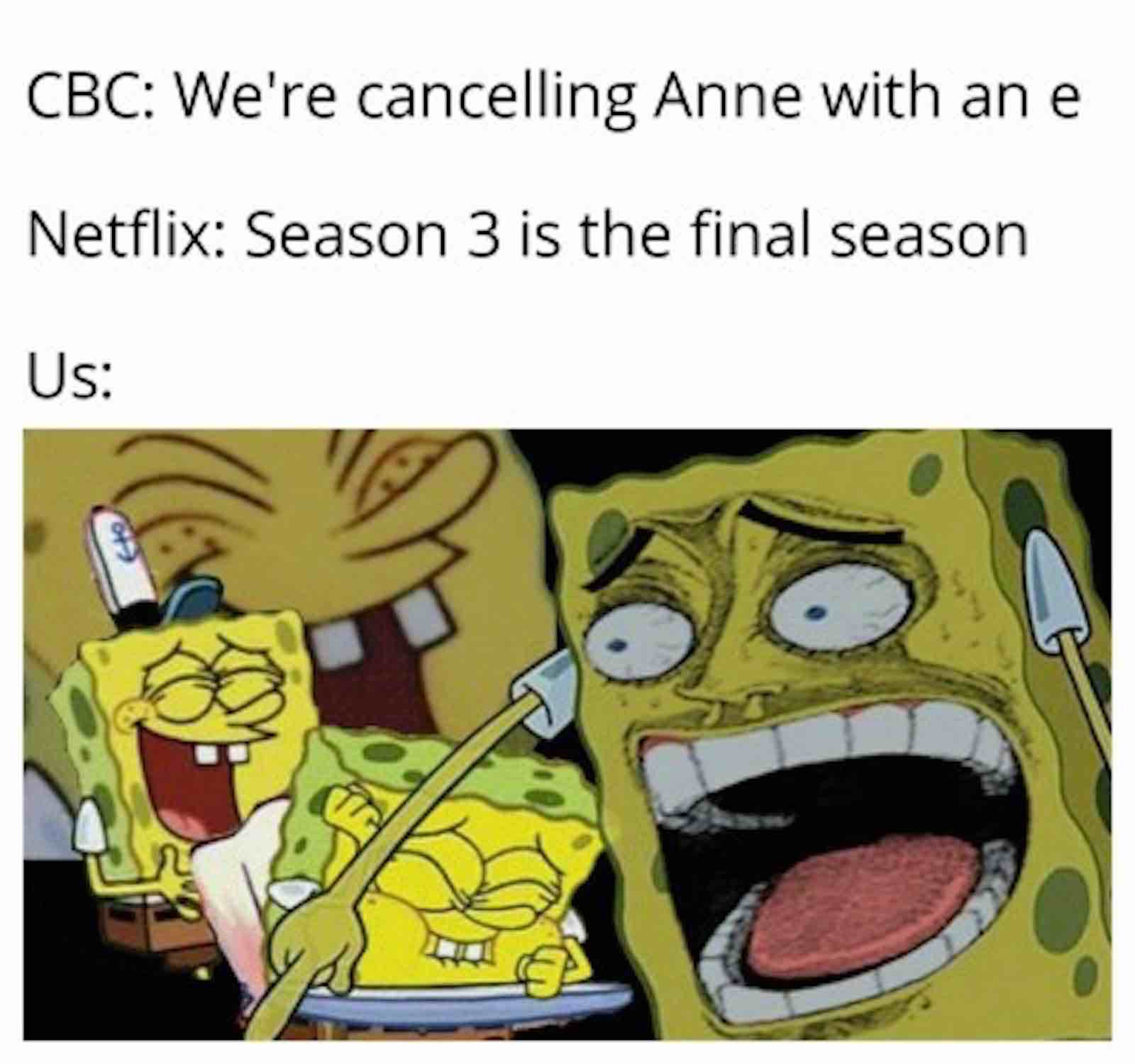 Spongebob consistently generates some truly excellent meme fodder. Only the Sponge could capture the confusing feelings of the end of a series. 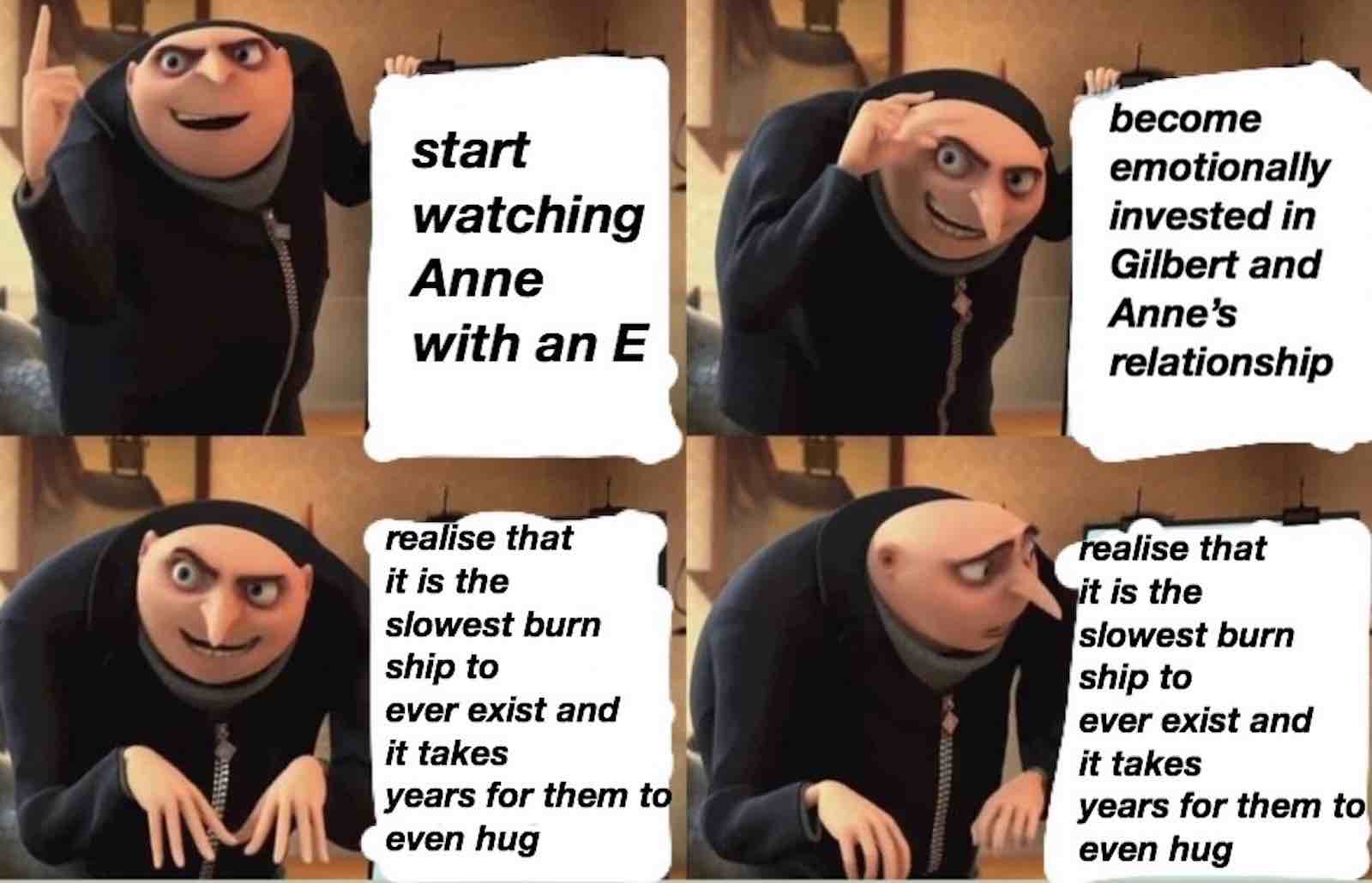 Gru over here is also ready to point out some truly bad decisions. You’re telling us that the show got cancelled with Anne and Gilbert kissing and that’s it?! Sigh.