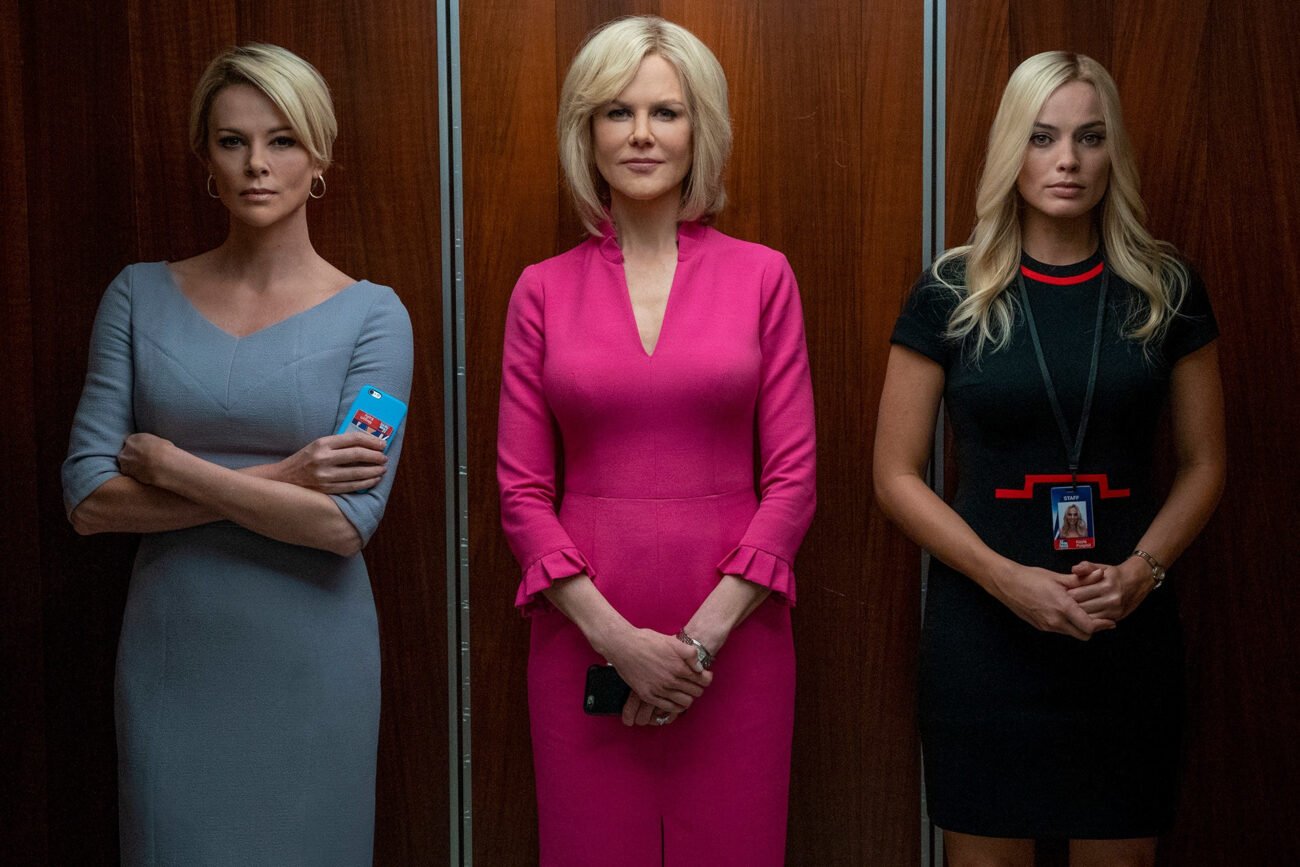 14 actors who hate their performances!

What if most of them are Oscar winners? There will always be a thorn in their side, and they are not afraid to admit it.

From Nicole Kidman and Emma Stone to Jim Carrey and Jake Gyllenhaal, many actors look at their progress on the big screen and see flaws from time to time. They are ashamed of it, but they are not ashamed to discuss it and admit it. 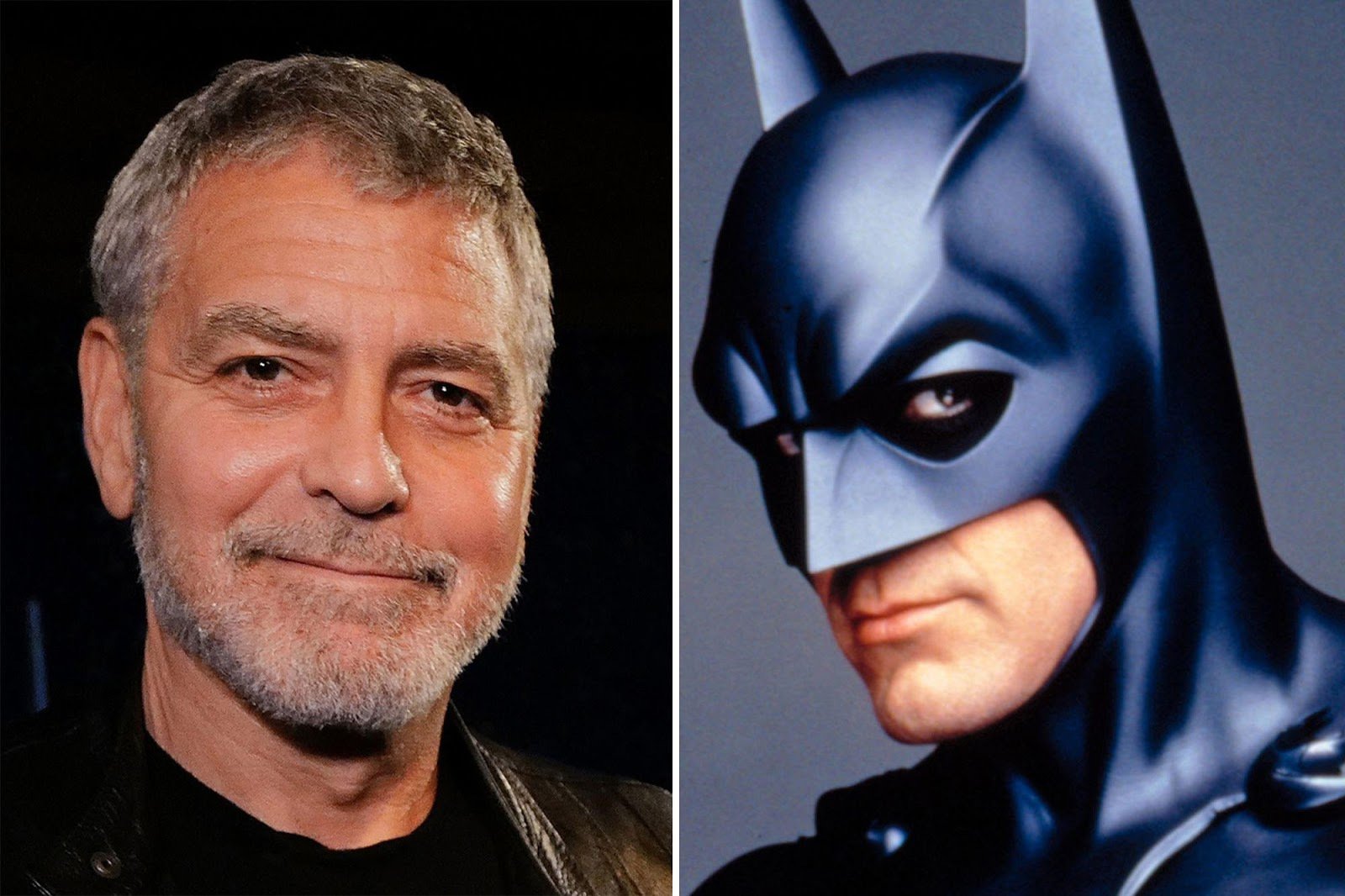 Undoubtedly, George Clooney wants to shake off his participation in Batman and Robin. Audiences and critics didn’t like it, and Clooney has no real reason to defend the film. “It was a difficult movie to be good at. It was a bad movie, and I was really bad,” while also noting the bad script of the Oscar winner (then) Akiva Goldsman, but also the admission of the director Joel Schumacher that “the thing did not work.” At least all of them and all of us are on the same page.

Daniel Radcliffe recently admitted that he was “ashamed” to see himself in the first Harry Potter films because “he is not good,” and this has to do with childish innocence and inexperience. Still, he goes a step further by saying that he didn’t enjoy this experience as much as he wanted. He hates it because, as a child, he imagined his whole involvement differently.

“I spent a lot of time, but I understood why I have to be more careful in the roles I choose.” That’s what Jake Gyllenhaal said about the Prince of Persia, the Disney adaptation of the famous video game, which failed both artistically and commercially to deliver the “vision” of the graceful Mike Newell. 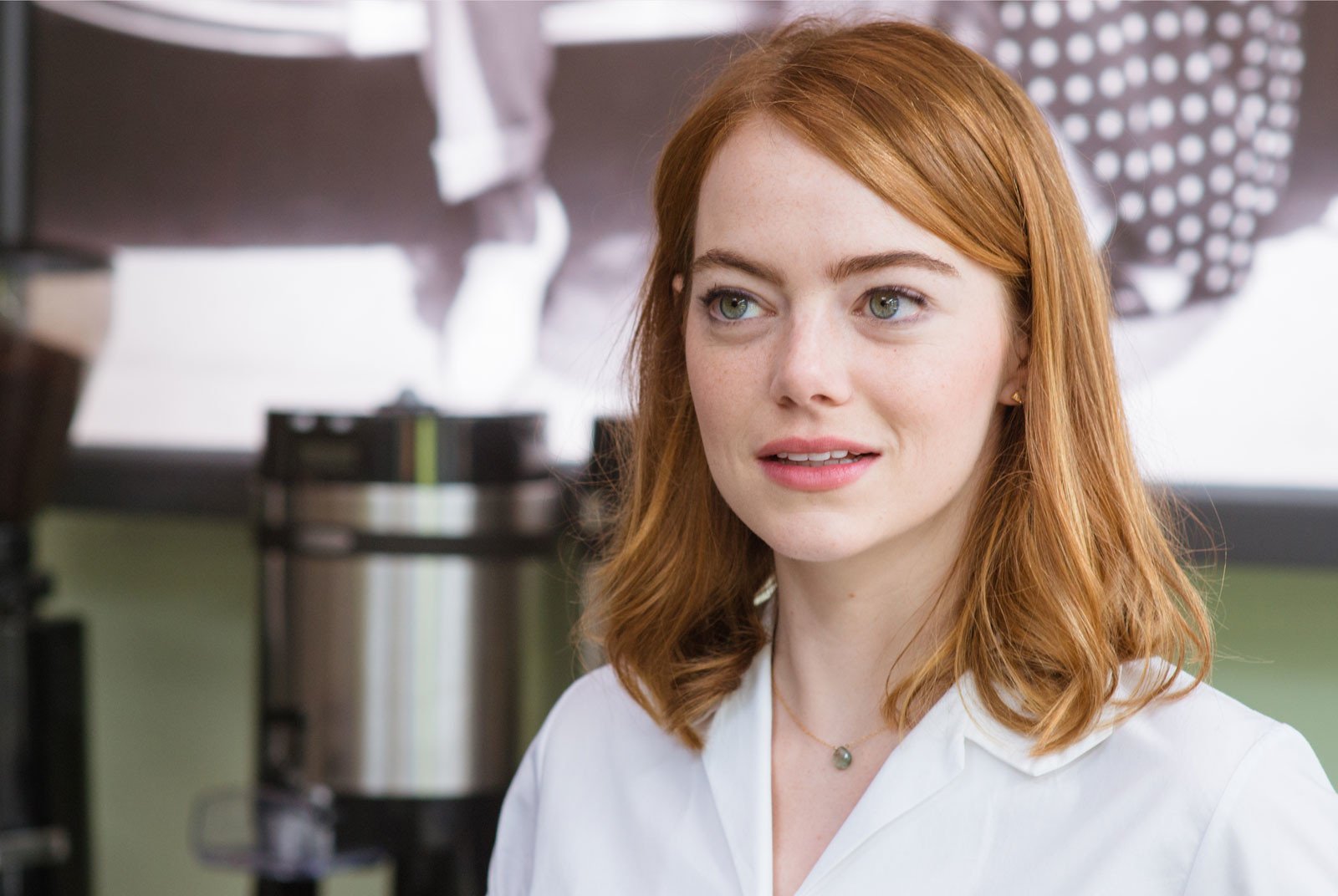 On the other hand, Emma Stone apologized for her participation in Aloha by Cameron Crowe, where she played a woman from Hawaii and China. Sandra O commented on the selection for the 2019 Golden Globes when she called Crazy Rich Asians the first studio film with Asian-American actors from the era of Aloha and Ghost in the Shell. The lens caught Emma Stone apologizing.

What Halle Berry is most ashamed of is her participation in Catwoman. With a lot of humor, she received the Golden Raspberry that year with the Oscar in her hands. She thanked Warner for hiring her in this “awful movie” while admitting that she was at the top of her career after the Oscar for Monster Ball and suddenly found herself at the bottom. In an earlier interview, she said she agreed to star when a solo but James Bond movie based on the character she played in Die Another Day didn’t go ahead, and what initially convinced her was that Catwoman was an opportunity for an African American actress posing as a superhero.

Who doesn’t remember the role of Rooney Mara as Tiger Lily in Joe Wright’s Pan? A director and an actress with a series of successes meet in the unorthodox transfer of Peter Pan, and nothing goes well. Not even the Betting Sites could predict which actors were embarrassed by that acting. 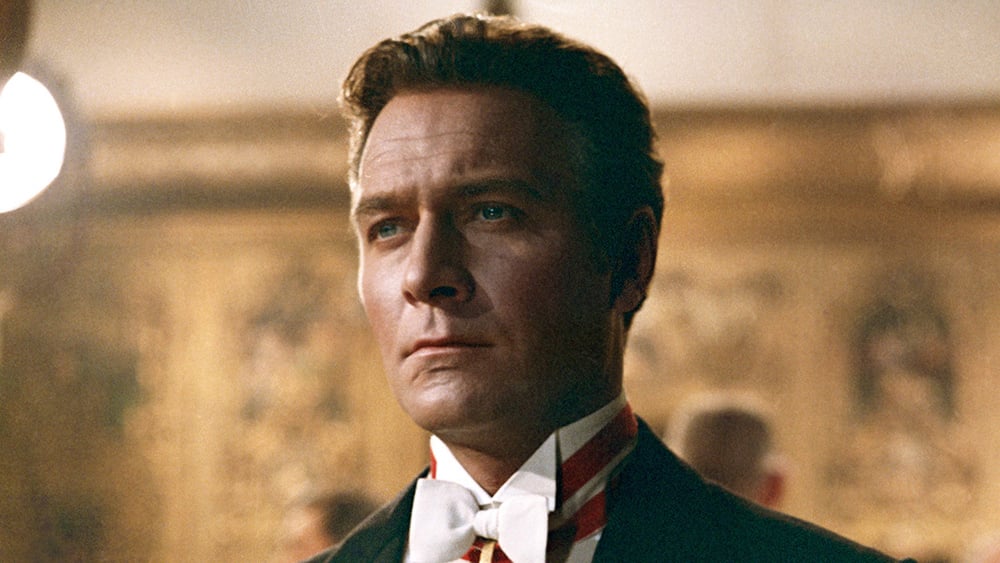 Generations of cinephiles may have loved him, but Christopher Plummer did not include the Melody of Happiness in his favorite entries. He found the character he played “boring” and that nothing was interesting about him, despite trying to look different. Instead, he ended up “awful, and in a way, emotionally stupid.”

There was a time, you would see Michael Fassbender everywhere, either in a studio film or in more independent choices. The Irish/German actor said he re-entrusted Justin Kurzel after Macbeth in the transfer of the video game Assassin’s Creed (co-starring Arian Lamped and Marion Cotillard). Still, he said it was a “missed opportunity. It could be something more fun.” He characterized the big mistake was that the film had three introductions.

It was the beginning of his career and spread over four very successful commercial sequels. However, Robert Pattinson, who has followed a very different path, doesn’t have the best memories for his participation in Twilight.

“When I first read the book, I realized that Stephanie (the author) was convinced that she was Bella (the protagonist) and that it was all a sexual fantasy, which also involved a sexy boy and that she was so crazy that she fell in love with him.” 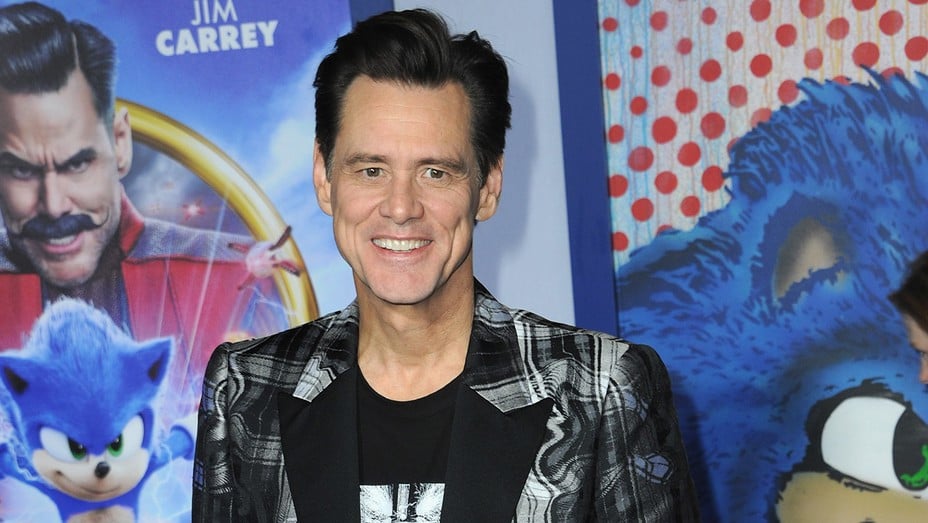 Jim Carrey promoted Kick-Ass 2 as a side effect of a tragic incident of domestic violence as he tweeted, “I cannot participate in the promotion of the film that so strongly supports the culture of violence when the incident preceded Sandy Hook” (refers to the attack of a 20-year-old who killed 26 people, including 20 children at Newton Elementary School). “I am not ashamed of my participation in the film, but the recent events have changed my heart.”

“I will be honest. I hate this movie. I was under a lot of pressure to do it. The script sucked. And I did not want to do something that I loved from a young age, I watched every morning, and it was first crap and second I did not know if I really wanted to be GI Joe.” How much clearer can Channing Tatum make it he did not want to star in GI Joe: Rise of Cobra?

Colin Farrell was slow to find his way again, playing in Lobster by Giorgos Lanthimos or in Seduction by Sofia Coppola, but he also had to go through at least one action-adventure. And he was destined to be in Michael Mann’s Miami Vice. He didn’t get excited, “I did not like it very much,” and described it as slow and with no interest. Shall we say that he is wrong? 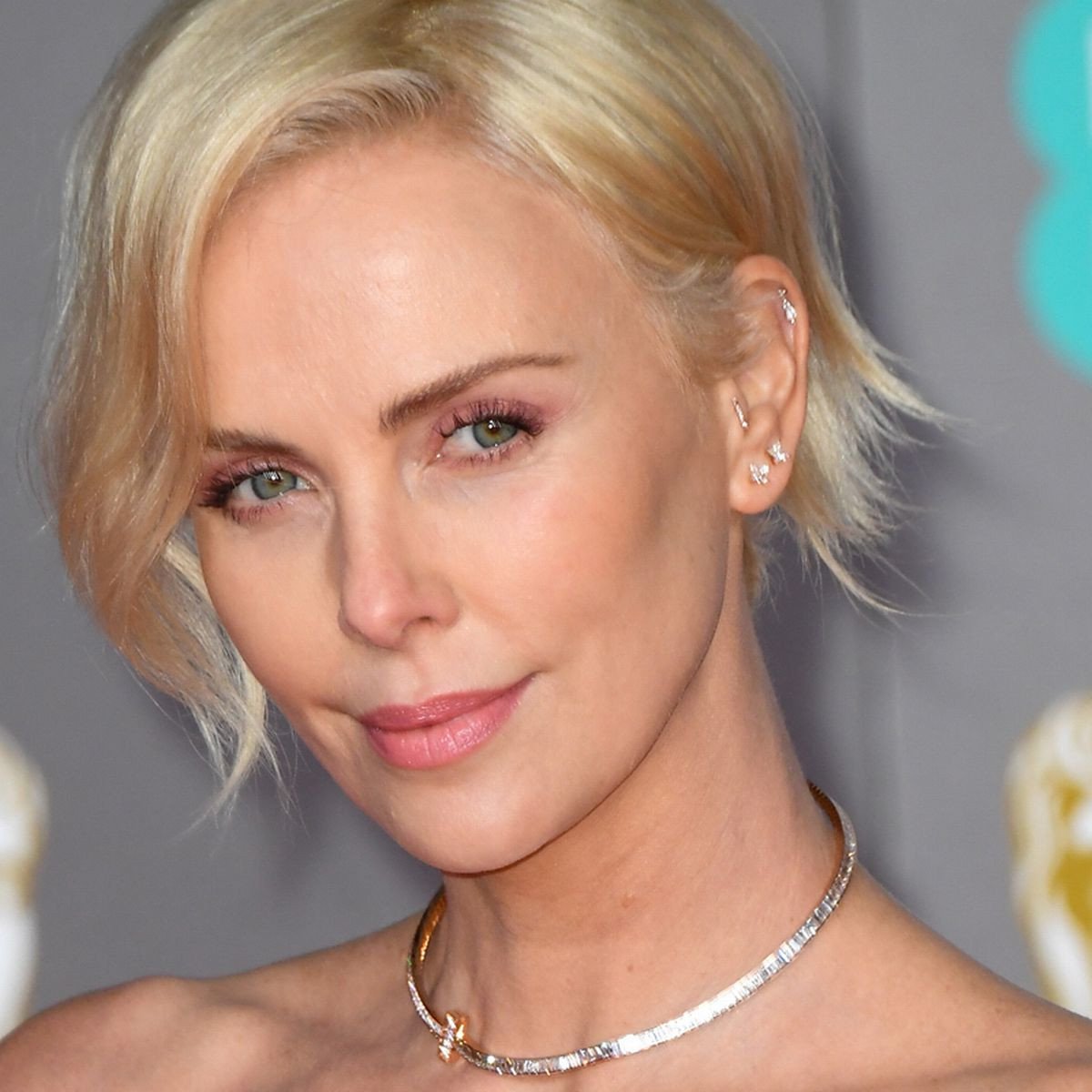 Long before she won her Oscar for Monster, Charlize Theron said she was trying her luck in a dramatic thriller starring Ben Affleck, John Frankenheimer’s Reindeer Games. But everything went so wrong that the film failed miserably, and Theron remembers it as a, “bad, bad, bad movie.”

When you take a trilogy by the hand and lead it, you try your best not to fail. However, the last part of the successful trilogy, The Bourne Ultimatum, which was “powerful” for some, is the worst for Matt Damon. “I do not blame Tony Gilroy for his script, but I could not read it. It’s the case that your career is ending. I could put it on eBay and click. It is miserable and shameful. It was as if he took the money and left.”