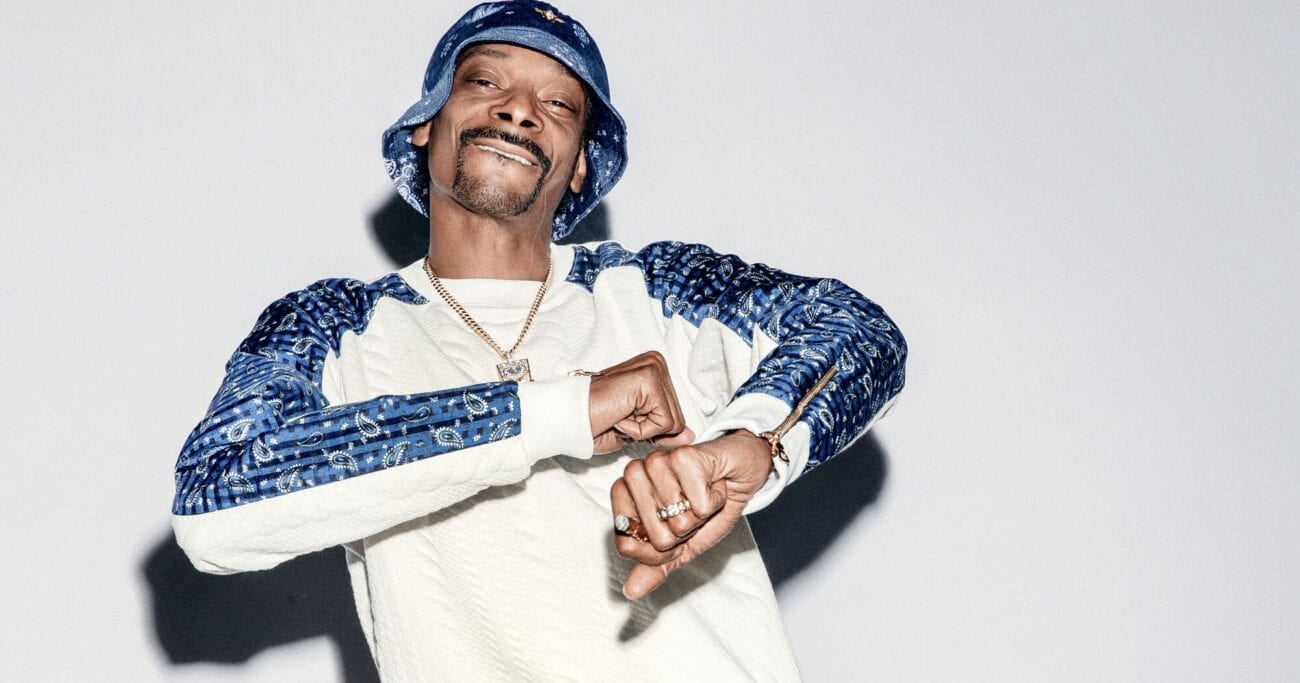 When did young Snoop Dogg give up the gangsta lifestyle?

Known worldwide by his stage name Snoop Dogg, Calvin Cordozar Broadus Jr. exploded onto the rap scene in 1992 thanks to his appearance on Dr. Dre’s solo single, “Deep Cover.”

Whether he appeared as Snoop Dogg, Snoop Doggy Dogg, or the brief stint as Snoop Lion, the Dogg founded his career on one universal image – that of a gangsta. In 2020, the Dogg’s reserved image would be almost unrecognizable to his fans from the 90s. So when exactly did Snoop Dogg give up his gangsta lifestyle? 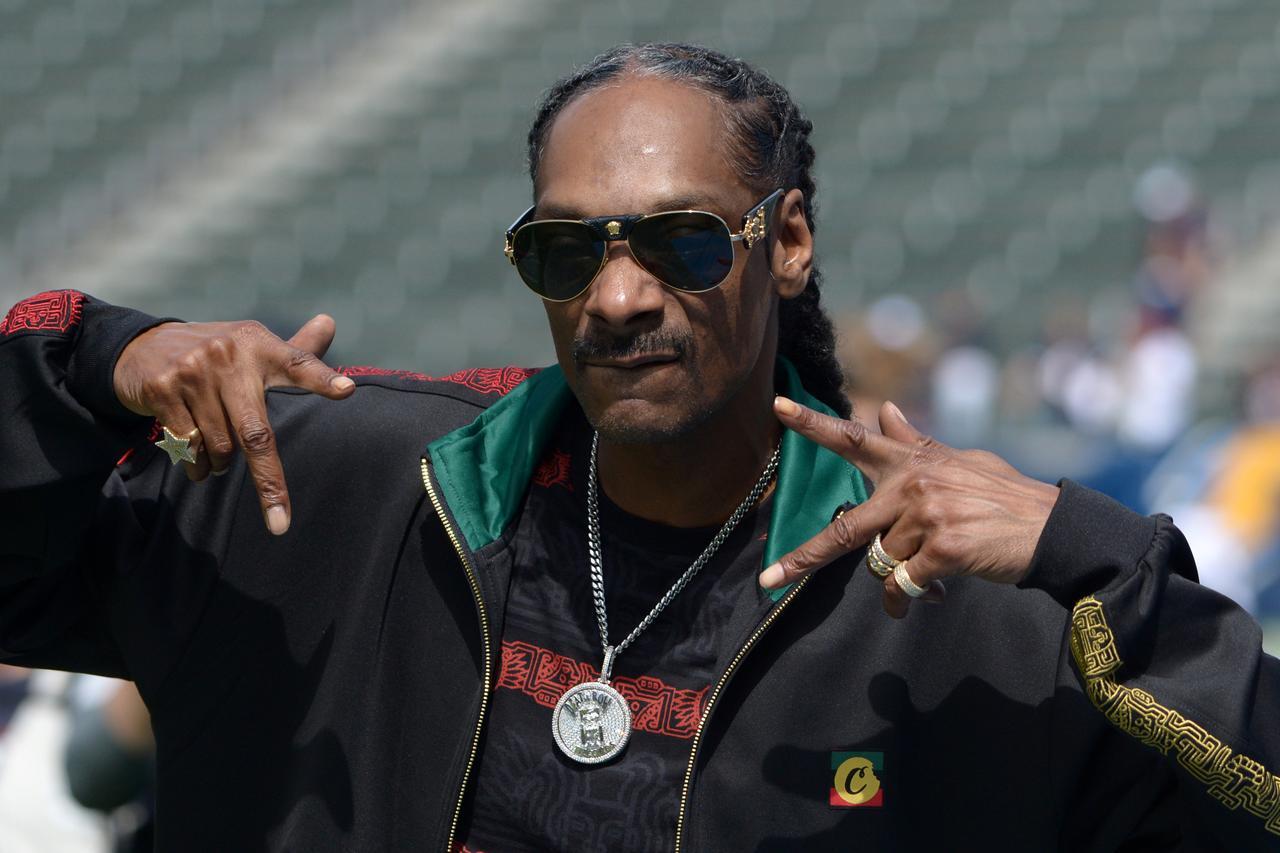 Known for his “ultra-smooth, laidback delivery,” Dogg joined the ranks of rappers launching careers of the G-funk and Gangsta rap genres. Just like the image he promoted in his music, Snoop Dogg was no stranger to his beginnings in the gangsta way of life.

When young Snoop Dogg was first chosen to be mentored by Dre, he’d spent several years incarcerated in California for the possession of hard drugs. But for a rising artist riding the waves of new success, Snoop would face several obstacles on his way to the top. 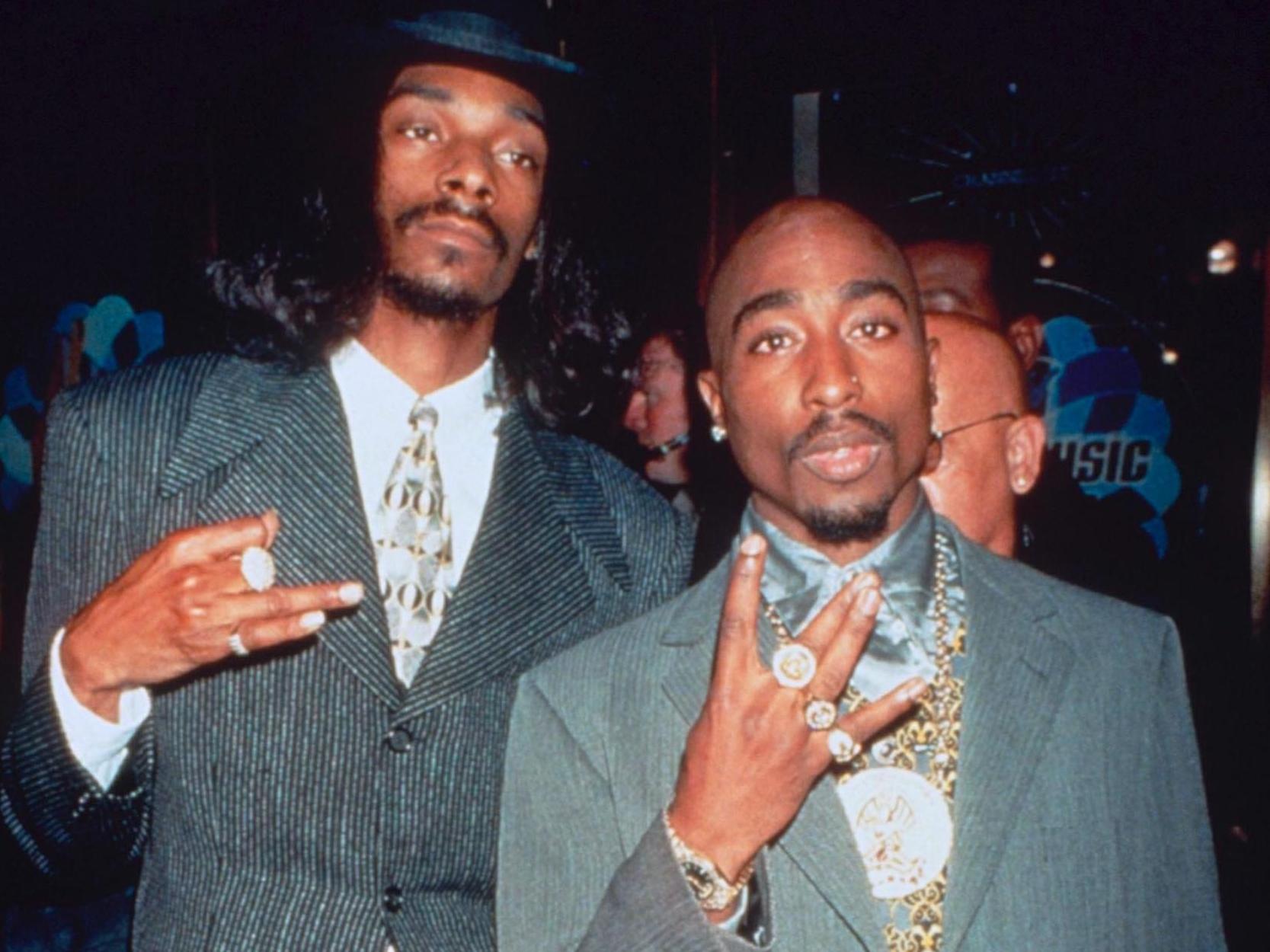 Snoop Dogg’s early music career was clouded with issues from his gangsta-like personal life. In 1993, Snoop was caught up in a murder trial after his bodyguard shot and killed a man from the passenger seat of a vehicle Snoop was driving. The case even prompted the creation of a short film– Murder Was the Case (1994).

Snoop and his bodyguard, Broadus Clay, were acquitted when the trial ended in 1996. Broadus revealed he wanted to exit the “gangsta lifestyle,” afraid he’d be killed or jailed for life. Snoop Dogg had different ideas, and after the three-month trial, he invited the jury to party with him at an LA nightclub. 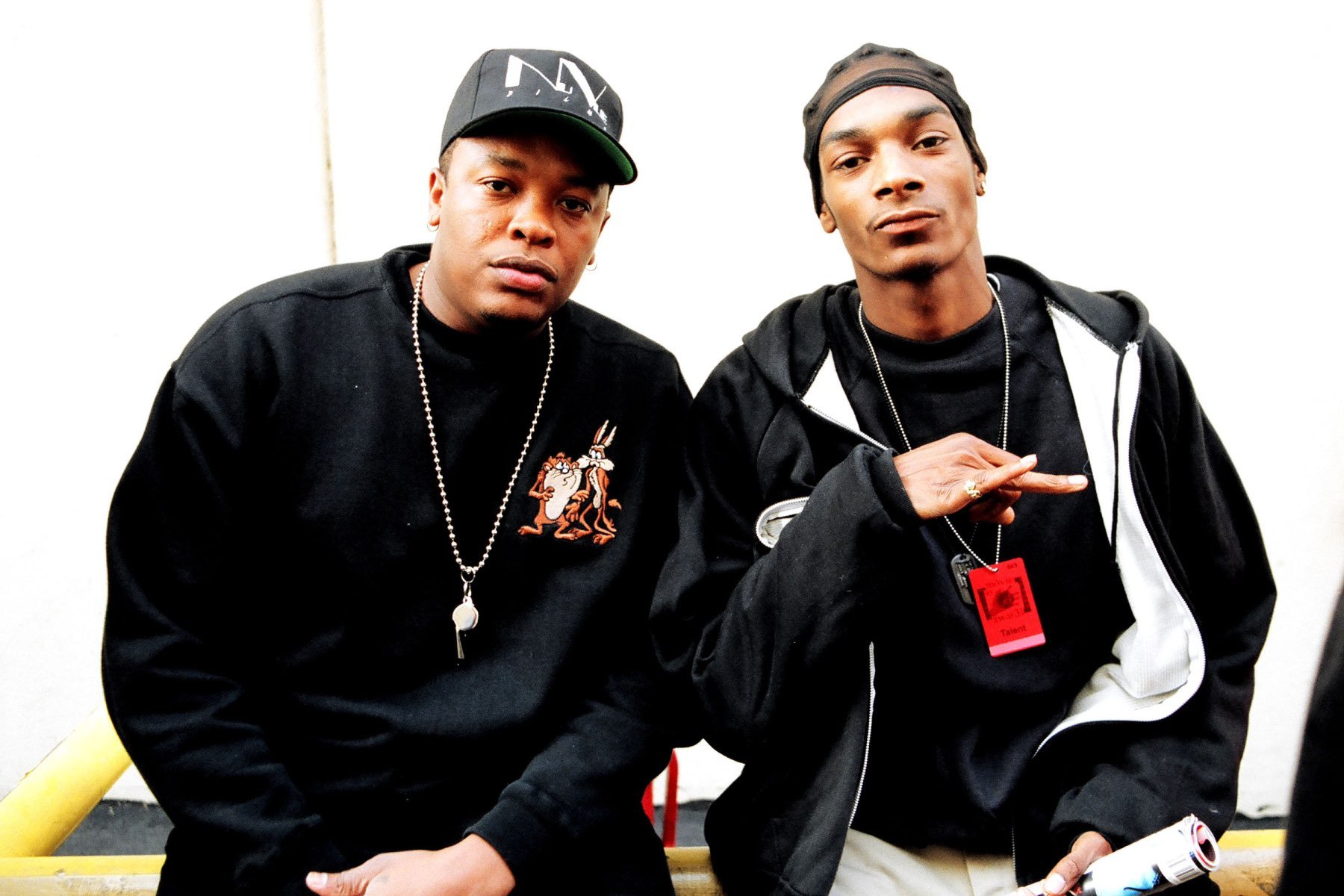 Although the image isn’t the same today, anyone familiar with young Snoop knew how passionately he rapped and promoted then-criminalized drugs, like marijuana. A staple of his gangsta image, smoking pot was a huge middle-finger to authoritative figures at the time. Snoop tried quitting in 2002, but it didn’t take.

Another controversial gangsta-life decision was revealed in a 2006 interview with Rolling Stone magazine. Snoop admitted how unlike the claims of other rappers at the time, he was an actual pimp in the early 2000s. Snoop stated, “That sh#% was my natural calling, and once I got involved with it, it became fun.” 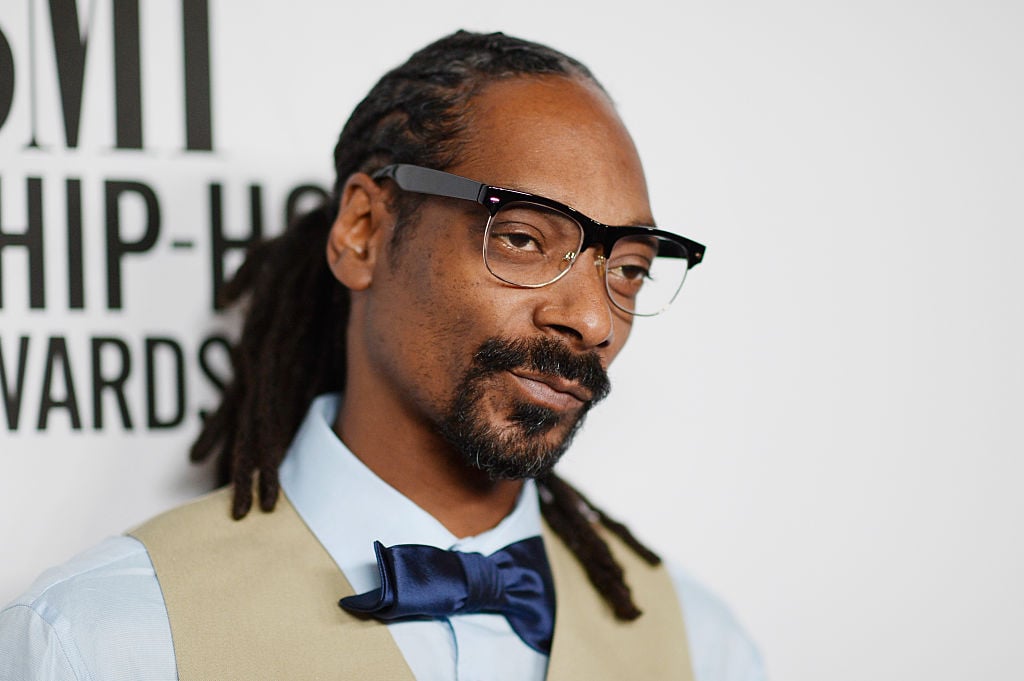 Young Snoop Dogg: Giving up the gangsta within

Despite his early success, Snoop Dogg did something unpredictable when he canceled his 1997 music tour. By 1998 Snoop ended his long partnership with Death Row records for good, even producing music under his own label, Doggy Style Records – a subsidiary of Death Row – as early as 1996.

Snoop cited a falling-out with former Death Row Records owner, Suge Knight. Knight had a habit of running his business while in jail, and had an alleged connection to two murders. At the turn of the century, Snoop Dogg went public to decry gun and gang-violence, taking a critical step away from his young, gangsta lifestyle. 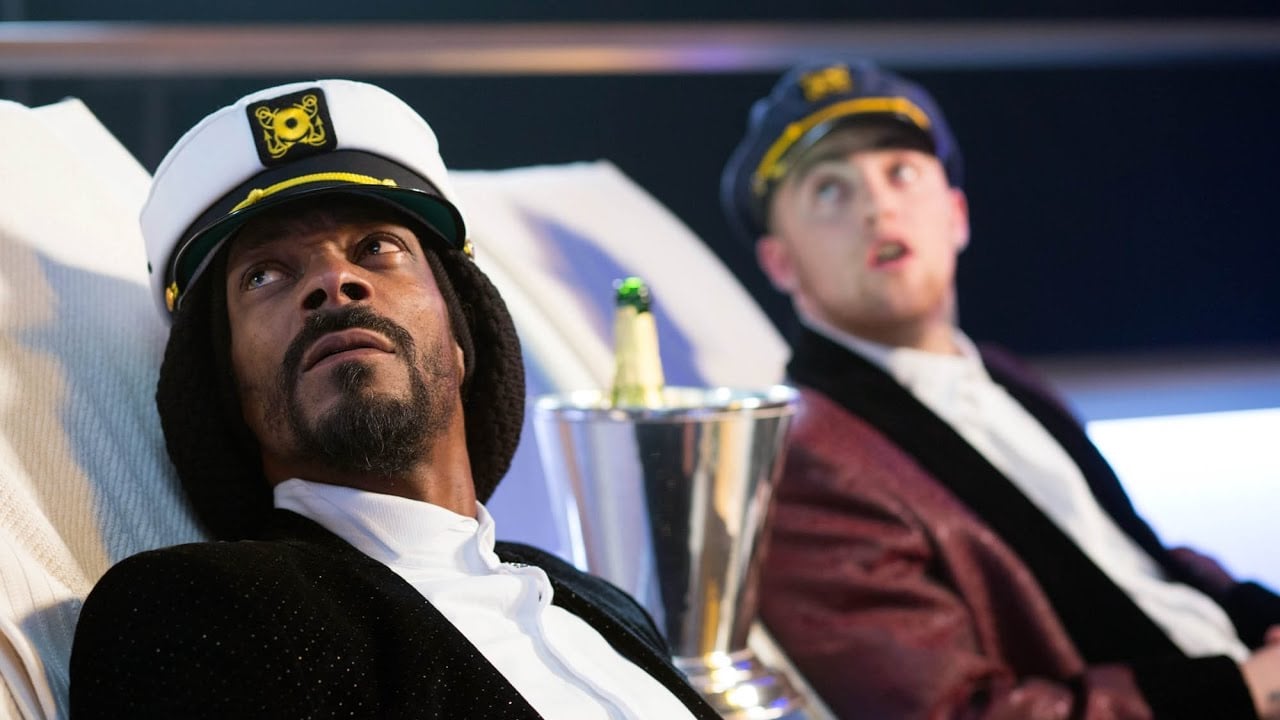 The rapper has since advocated against forms of violence, having stated, “We keep hearing about schools getting shot up, venues being shot up, public places being shot up, and we have to address that. Who better to do it than me because I come from the gangsta lifestyle, carrying a gun every day of the week lifestyle?”

Of course, the decision didn’t stop all of Snoop’s trademark flair. The rapper continued making music for several labels, bragged of his success as a “professional pimp,” and campaigned for cannabis– a passion Snoop still holds today. In 2013, Snoop made public claims he smoked up to eighty blunts every day. 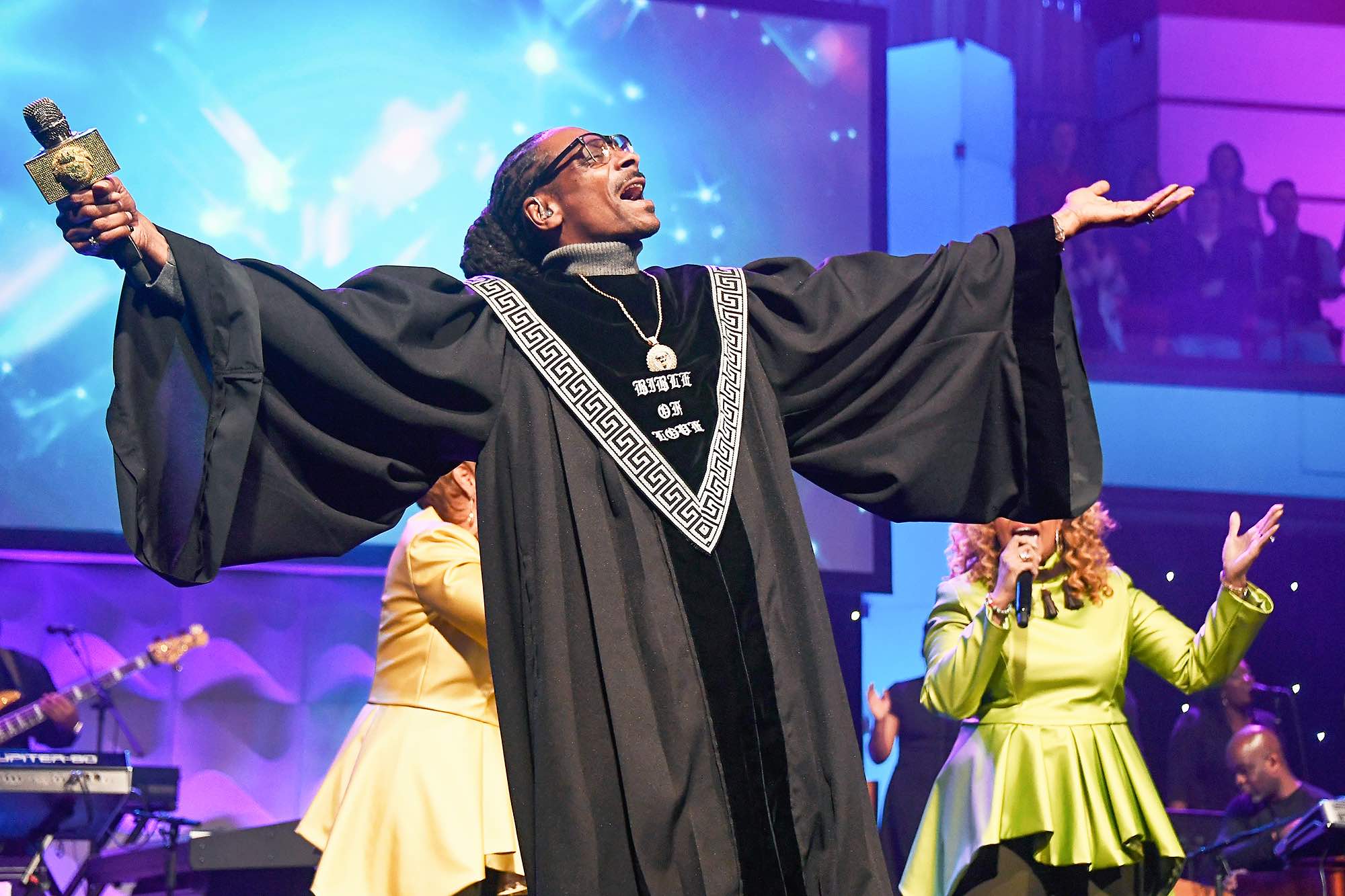 As early as 2009, Snoop Dogg revealed he joined the Nation of Islam– a move overshadowed in 2012 when the rapper also claimed to have become full-fledged Rastafarian. At the same time, he adopted the new stage name, Snoop Lion. Though the world didn’t believe it, Snoop Lion was there to stay– for awhile, at least.

Present-day Snoop Dogg declares himself a born-again Christian. 2016 marked one of Snoop’s first, public mentions of Christianity – an Instagram video of the rapper singing along to the gospel song, “I’d Rather Have Jesus.” In 2018 he dropped his own gospel album, Bible of Love.

Speaking on his transformation and desire to perform gospel music, Snoop Dogg claimed, “It’s always been on my heart. I just never got around to it because I always be doing gangsta business and doing this and doing that.” 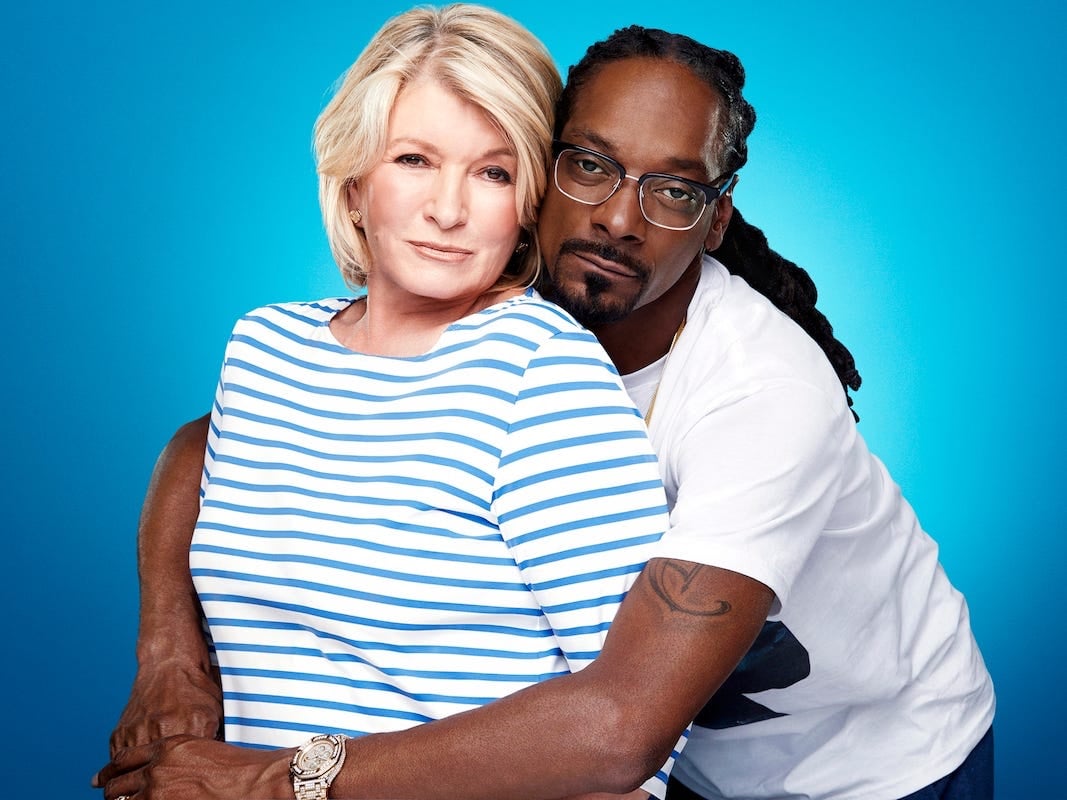 If you’ve followed Snoop Dogg over recent years, being a gangsta seems to be the last thing on his mind. From movies and cameo appearances, to sketch-comedy  – the Dogg has settled into his laid-back TV image.

Snoop still gives tributes to his adoring fans – featuring in concerts and music videos – reminding everyone of his rapping roots. As the latest ventures include narrating nature videos, a cooking show with Martha Stewart, and a wine label, it’s safe to say Snoop’s gangsta ways are over – but his new lifestyle is pretty darn entertaining too. 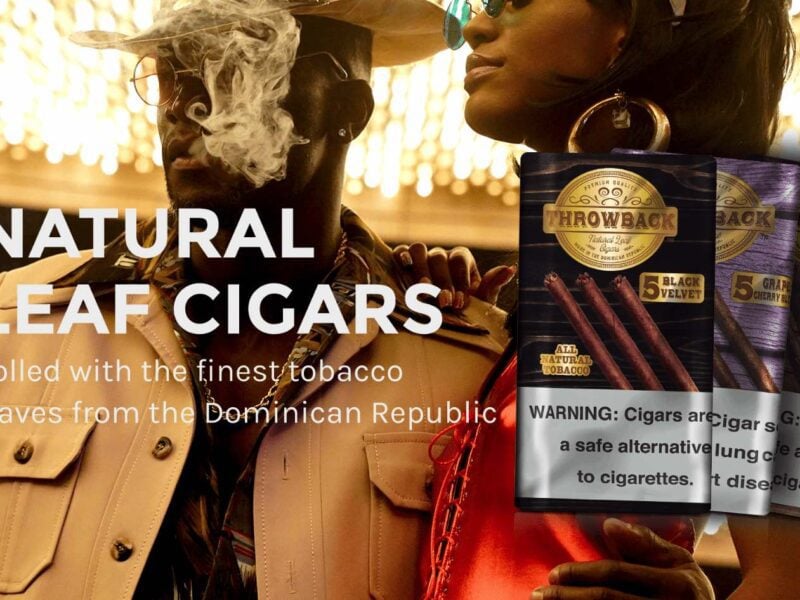 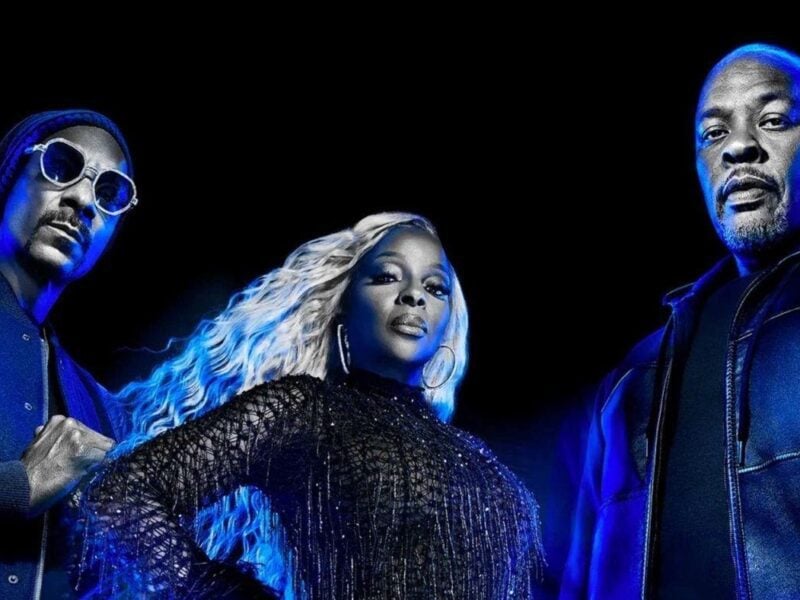