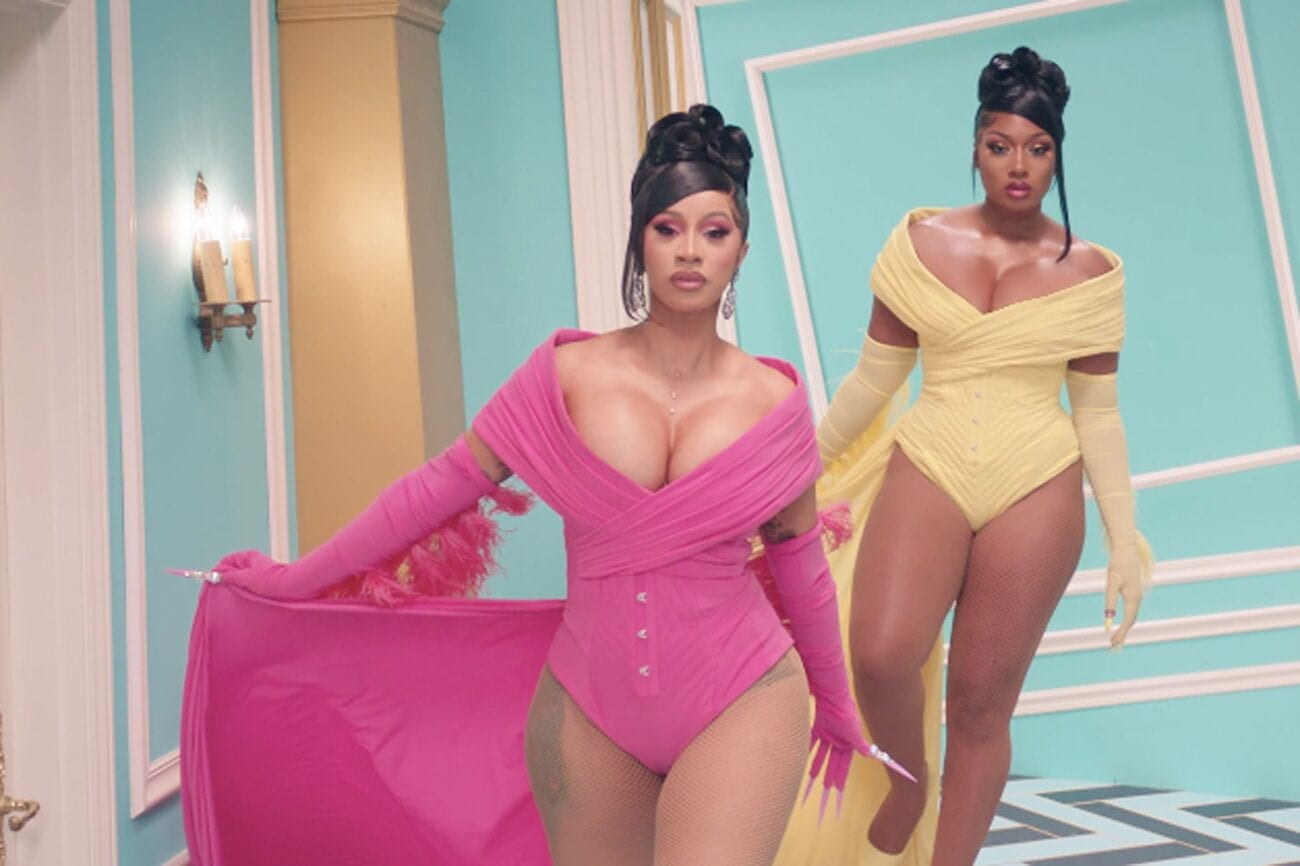 Is WAP the video of the year? These fly memes make it seem likely

If you ask us, the “WAP” music video is one of the few good things to have happened this year. Rappers Cardi B & Megan Thee Stallion gave us a pleasant surprise by releasing the raunchy & profane hip-hop single earlier this month. Not only are the song lyrics refreshingly explicit & novel for a female singer, but the “WAP” video is also delightful in its eccentricity. “WAP” has been in the news constantly since it was released.

At first, it became a talking point for the conservative section of the society, who were visibly upset & offended by the unbound exploration of female sexuality. Now, it’s made news because it garnered over 26 million views within 24 hours of release to debut at the first position in Billboard’s Hot 100 songs chart with over 93 million streams. The music video is replete with double entendres & explicit artwork.

The mansion – whose corridors they are wandering down – has sculptures that leave little to the imagination. These include a breast-shaped stone fixture that doubles as a water sprinkler, butt-shaped wall decor, and a snakepit. We’ll also have you know that “macaroni in a pot” or “bottom feeder” aren’t culinary terms. It’s also taken over the internet for other reasons. Let’s explain this with these memes.

when Kylie showed up in the Cardi x Meg video pic.twitter.com/Uw1lNFTIHm

The timing coincided with President Trump’s intense interview with a respected Aussie journalist named Jonathan Swan, who had the most hilarious reactions to the responses. The meme template was already doing the rounds on social media when “WAP” dropped, so it made sense to express our astonishment at seeing Kylie roaming the corridors there.

Megan Thee Stallion really did that

Both Cardi B & Megan Thee Stallion shine bright in the music video. They make their presence felt & occupy the space on camera without hesitation. As if they weren’t oozing enough confidence as it is, their stunts & dance moves had us feeling a lot of emotions. A case in point is this tweet.

An explanation for the million streams

Part of why the song managed to get 93 million streams despite being dismissed by the conservative audience is because so many of us have been streaming it without a pause. Each time we let the rap take us through all its beats, it hits us with just as much gusto as it did the first time.

We can keep hearing the song on loop, savor it & possibly even listen to it to get into the mood. This reaction is very befitting.

That’s in no way an exaggeration. Kylie took us by surprise & kept us hooked. Her brief appearance kept the audience yearning for more. But she made a solid impression.

I think we can all agree that…
NORMANI pic.twitter.com/Q3rsdJZDW8

Kylie merely strolled down in a sexy outfit, but Normani blew us away with her moves.

For all of us wondering where Kylie went after she seductively opened that door & disappeared, here’s a plausible answer.

The song didn’t sit well with men who couldn’t come to terms with the idea of women having fun. Shapiro took great offense to the song. So did Russell Brand, by the way. But in the process, Shapiro ended up looking like a man who doesn’t understand how women’s sexuality works. Social media didn’t take nicely to his condemnation of the lyrics.