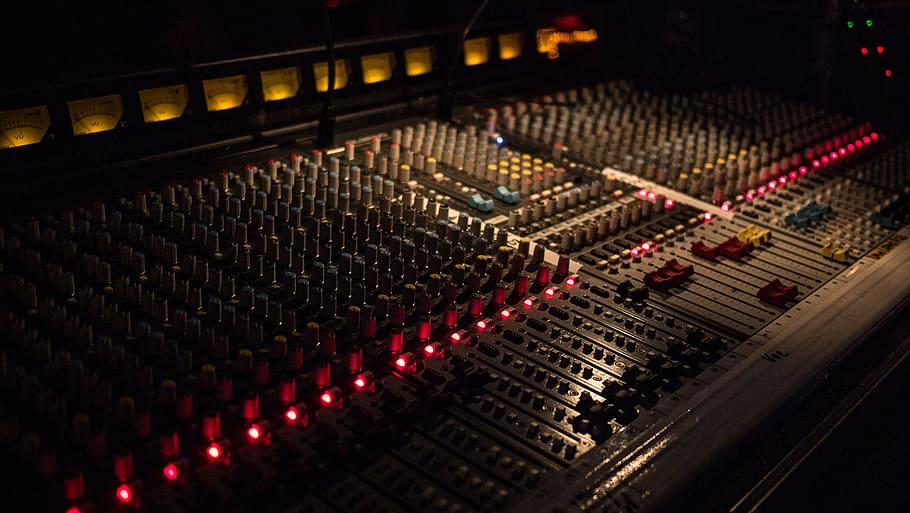 In Conversation with an extraordinary sound mixer, Iris Liu

As films and television shows are visual mediums, it’s easy to take their sound for granted. Think of the last thing you watched – whether it was a sweeping countryside, a flashy car chase, or a character strolling down a bustling city street, it seems that it draws upon our senses more than any other. This perception, however, reflects the importance of sound and, more importantly, those who craftily prepare and mix it to match the images on our screens.
What does a sound mixer do? It can be hard to know exactly what they do because they are often hidden in the background of a movie. But these unsung heroes are an integral part of the moviemaking process and are an increasing field. So with that in mind, we spoke with Sound Mixer Iris Liu about her craft, her journey as a female mixer in a male-dominated industry, and what it takes to be successful at the job.

How does a sound mixer work?
According to the extraordinary sound mixer, Iris Liu, the job of a mixer is “blending sounds and putting them together in a coherent and meaningful way that tells a cohesive story.” From the farmers who collect raw sounds during production on set, all the way down to mixers putting everything together on finishing touches before it’s time to go out into the theater, there are a few key players: directors and the sound team. 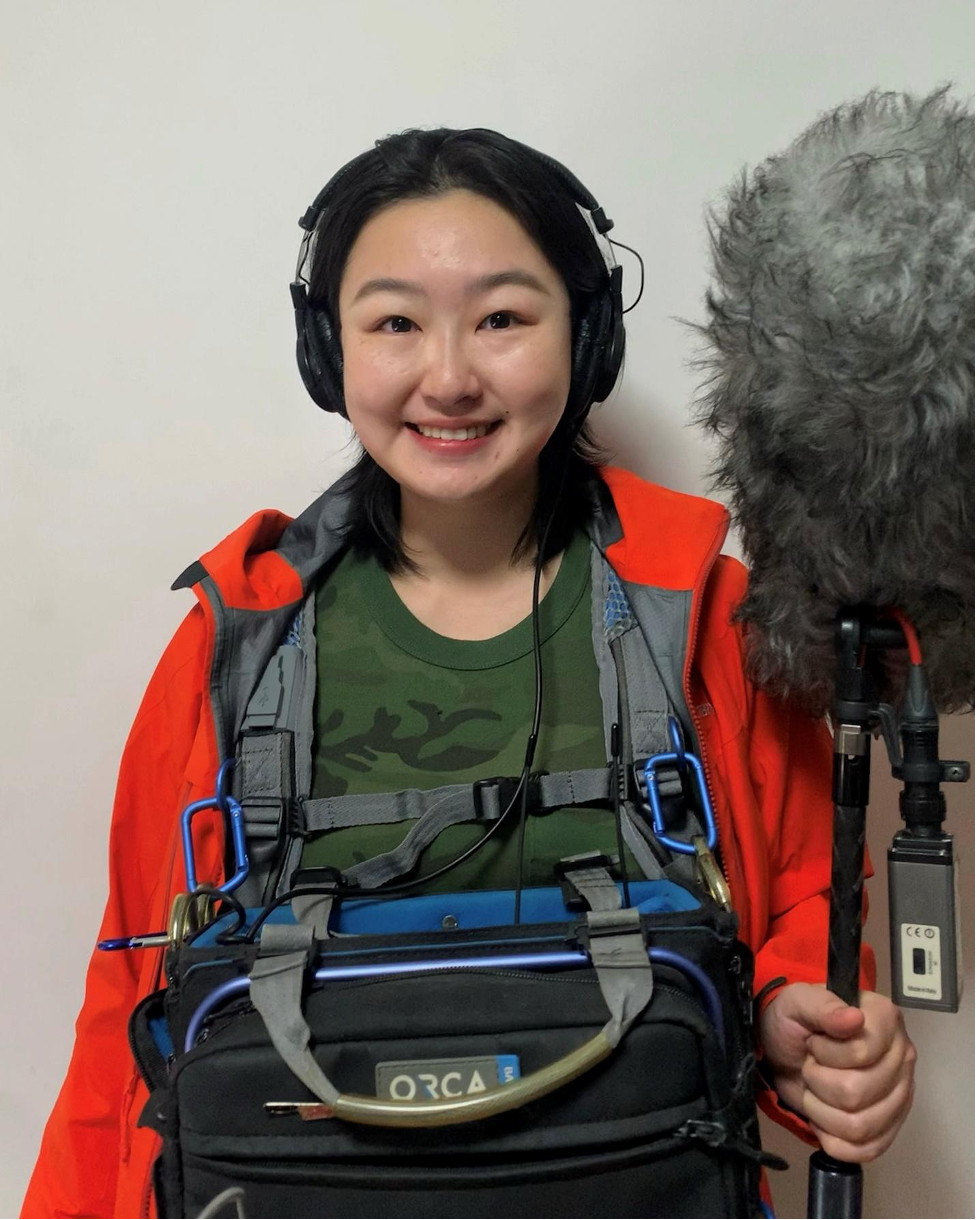 Liu, Iris
Basically, she blends sounds together at a mixing console in the middle of a movie theater-like room using leveling, equalization, and panning, put them into different speakers in the room, adds reverb, and balances everything so it adds to the story. The activity is, however, not solitary.
Liu often works in unison with others, typically in teams of two or more, who may handle dialogue or sound effects. She also works closely with the editor, director, composer, and producers. “At that very end of the process I do work closely with a small key group of people,” she says. “You’re right in the heart of the people who’ve been working on this for a long time and are responsible for how the movie is going to be presented.” The significance of that is important to Liu, and mixers as a whole. “It’s really important to me that my contribution is crucial to the success of this movie,” she says.

What is the process of becoming a sound mixer and what is her Journey?
Iris Liu is a highly experienced sound mixer who graduated from the prestigious New York University Tisch School of the Arts with a degree in Film and Television. Since starting her career, she has worked on more than 100 film productions and commercials, collaborating with a wide range of clients including Sofia Carson, Tan Dun, Vogue, Tik Tok, Burberry, and Tod’s.
She served as the production sound mixer for the short film, Tonight Will Be Fine, directed by Richard Yang, which won the Best Short Film Award at the World Film Carnival in Singapore. Her most recent feature film, No New Wave, directed by Ziwei Yao, is currently being shown at film festivals and has been officially selected for the Asian American International Film Festival.
From a young age, she had a passion for sound. This began when she received a Sony cassette recorder at the age of 7, which she used to record herself telling stories using the built-in microphone. She even created her own “podcast” to play for her friends. Over time, this love for sound grew and led her to pursue a career in the field.
According to The Hollywood Reporter, only 13.7% of sound crews in the film industry are made up of women, and Iris Liu is proud to be a part of this group. She is considered one of the leading female sound mixers in the industry and has made it her mission to work closely with female crews to give a voice to underrepresented communities. One of her recent films, One for Sorrow, Two for Joy, directed by Ana Yang, won the Jury Award for Narrative Short at the Austin Film Festival 2022 and the Best Narrative Short at the LA Independent Women Awards.
Once, watching Bonnie and Clyde in class, Liu was surprised to see that it was edited by a woman, Dede Allen. “I was really struck by the fact that there was a female film editor and also that there was a whole other world of job opportunities or possibilities for me that I didn’t really even consider.”
Her interest in film and engineering led her to work in sound. Her experience of sound grew as she worked on shows and films with artists, filmmakers, and others around the world. “It opened my eyes to a wide range of ways of thinking about, playing with, and using sound,” Liu says.
“I love working with different directors and artists because I can learn about different ideas and adapt to different styles.”
As her success grew, she works in Shanghai and New York. While the process could be challenging, she managed. Working with different directors and crews helped hone her skillset and had a positive influence on her career. 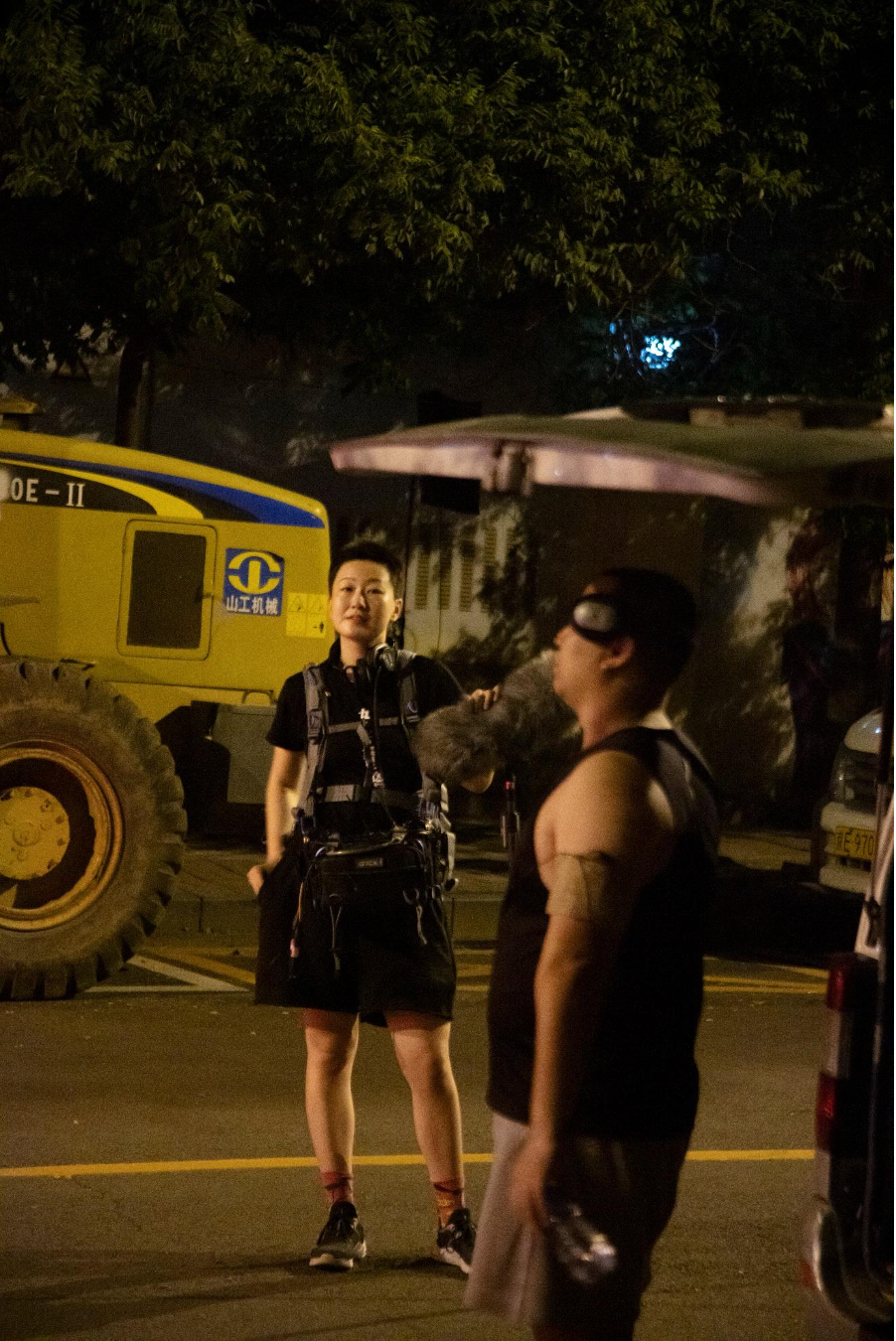 “Sound is 50% of the film” is a saying she always keeps in mind. “I’m here to solve the problem, and create the best sound.” “Sound mixing is something you can read in a book, but you can only learn it on a set.” “I’m glad I could be a panelist in NYU Tisch’s Sound Mixer Panel. I want to show my peers that anyone can do it if you’re determined.”
“Mixing is a hands-on job. You can’t learn how to do it unless you sit there. You can read a book about it, but the actual job is to listen and get into your muscle memory and your inner ear memory of what the sound is supposed to sound like,” she explains. “It takes years of listening to where ‘that sound’ started and where it ended.”
Women must see me doing my job and understand that it’s a path they can follow and that they have a place in this industry as well.
“It’s hard to get a foothold in the beginning,” she admits. She offers some advice to aspiring sound mixers despite the challenges: “Listen to films you like and find out who worked on them. Most people are willing to help you out.”
“My goal is to be seen as a woman who has a place in the industry that I love, and my journey has been generating countless opportunities for other women,” Liu says. “It is important to know what it means to be a professional, feminist filmmaker.”
It’s why mentoring and encouraging women is very important to her and why she is part of a skilled troupe of women sound professionals. She says that her mission has been to make sure young women feel like they have many chances and they need to get where they want to be. “It’s important to make sure that the women coming up have that opportunity, and that they feel like part of the learning experience is to fail and try again, and somebody will be there to let them have that second chance.

Struggles of Sound Mixers
One of the challenges in the field of sound is recognizing that having a trained ear is more important than having the latest equipment. It takes time to develop the ability to identify good audio and to know how to capture it. “For me, it’s become second nature to know what’s wrong with the audio and how to fix it. This skill takes time and determination to hone.”

Sound Mixers: what makes them successful?
For successful mixers, technology is only a means to an end. “My job is very technical, but I care more about its artistic aspect,” she says. “For me, what really excites me is what an actor does and the alchemy of putting sound on a picture and what happens when it all comes together. That, to me, is much more exciting than pieces of equipment.”
In order to realize sound’s magic, we need to facilitate others’ visions. Her job is to participate in the creation of someone else’s work. “You add your touch to it, but it’s really collaborative work,” she says. “It is your goal to make it the best you can for the team.”
Working as a sound mixer requires certain skills, like knowledge of film and art. And you’ll also need good listening skills. With the emphasis on being a collaborator, your goal is to make everyone satisfied in order to finish the project that everyone worked so hard on.
Ultimately, Liu’s goal in sound mixing is to have an impact on the audience, and that’s the most rewarding part. Sound for picture has a unique position where it can either draw you in or it can push you back.” The goal? “When it’s done well, you’re engaged.”