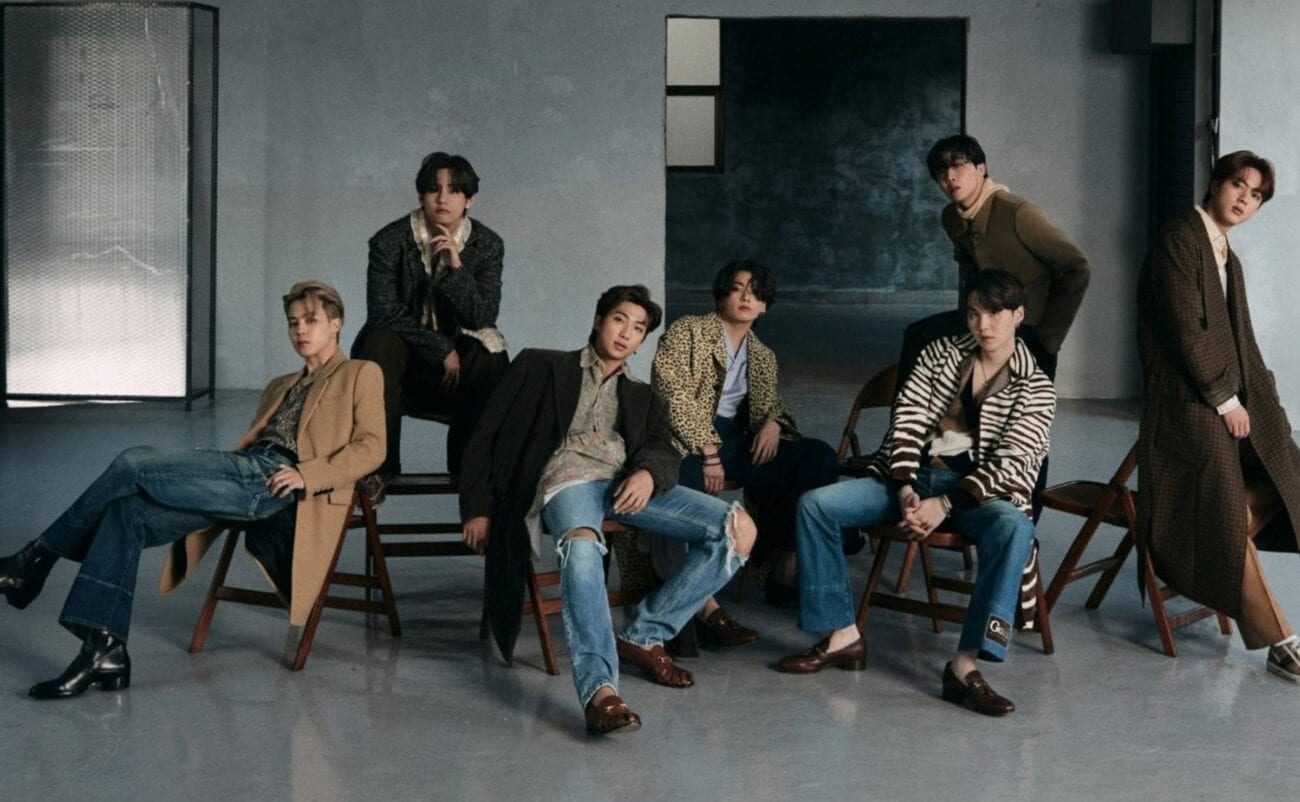 The seven-man K-pop sensation BTS just received their first Grammy nomination – and their reaction is to die for!

The K-pop group is nominated for Best Pop Duo/Group Performance for their chart-buster hit “Dynamite”. Other nominations include Intentions by Justin Bieber featuring Quavo, Rain On Me by Lady Gaga with Ariana Grande, Exile by Taylor Swift featuring Bon Iver, and Un Dia by Jay Balvin, Dua Lipa, Bad Bunny, and Rainy.

It’s been quite a year for BTS. Their studio album Map Of The Soul: 7 shattered and set new records. The K-pop juggernaut also released their first English single Dynamite. The song debuted at number one on the Billboard Hot 100 and went on to earn a nod from the Recording Academy. Let’s breakdown the band’s reaction to this awesome news.

BTS took to Twitter to share their overjoyed reaction. The group posted a clip of their live reaction captioned “Ohmmmmmmyyyyyyyyggghghhhhhhhgggggggggdhdhsjsixudbslsogbdsisgshdbxidjdbdidhdifjfiri#GRAMMYs#BTS,”.

The video opens with V, Jungkook, RM, and Jimin waiting nervously on the edge of their seats, listening to Grammy nomination announcements. Once their names were announced, the four jumped & cheered in joy.

Other than the video, the band also issued a statement thanking the ARMY for their continued support. Although this is technically the K-pop sensation’s second Grammy nom, they’re still the first South Korean act to be nominated for the mainstream Grammy awards. 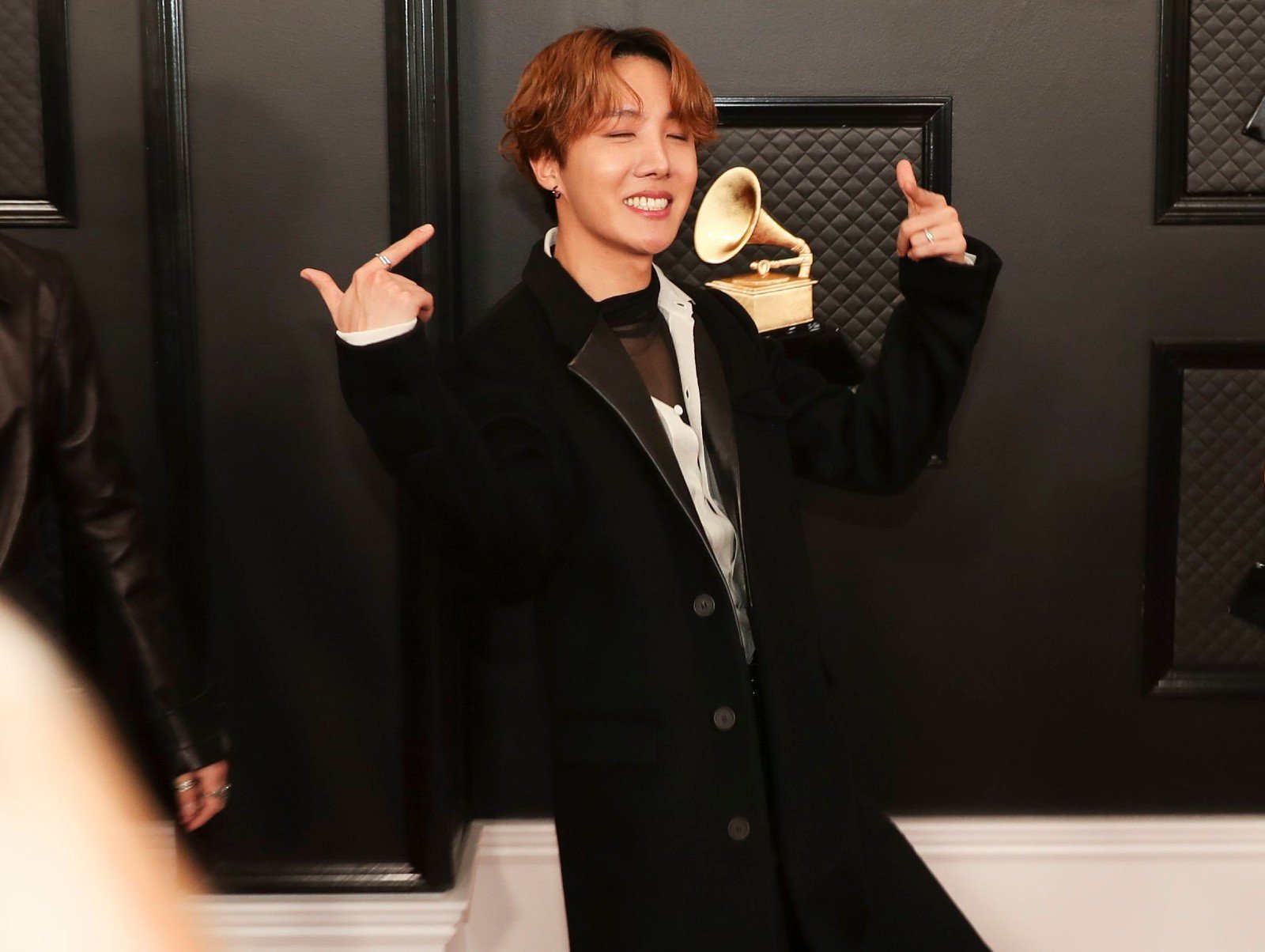 Suga took to Weverse to explain he turned up to watch the announcement but fell asleep: “I, who fell asleep while waiting because I was exhausted from early morning rehabilitation… now I have more reason to put more effort in rehabilitating thank you ARMY! Let’ enjoy todayyyyyyy” For the unaware, the rapper recently underwent surgery for his shoulder, for which he needs physical rehabilitation.

J-Hope tweeted a video of him dancing from one end of the room to the other with the caption “And I’m off to the Grammys”. Many celebrities & fans also flooded social media with praise & support for one of the biggest bands in the world. 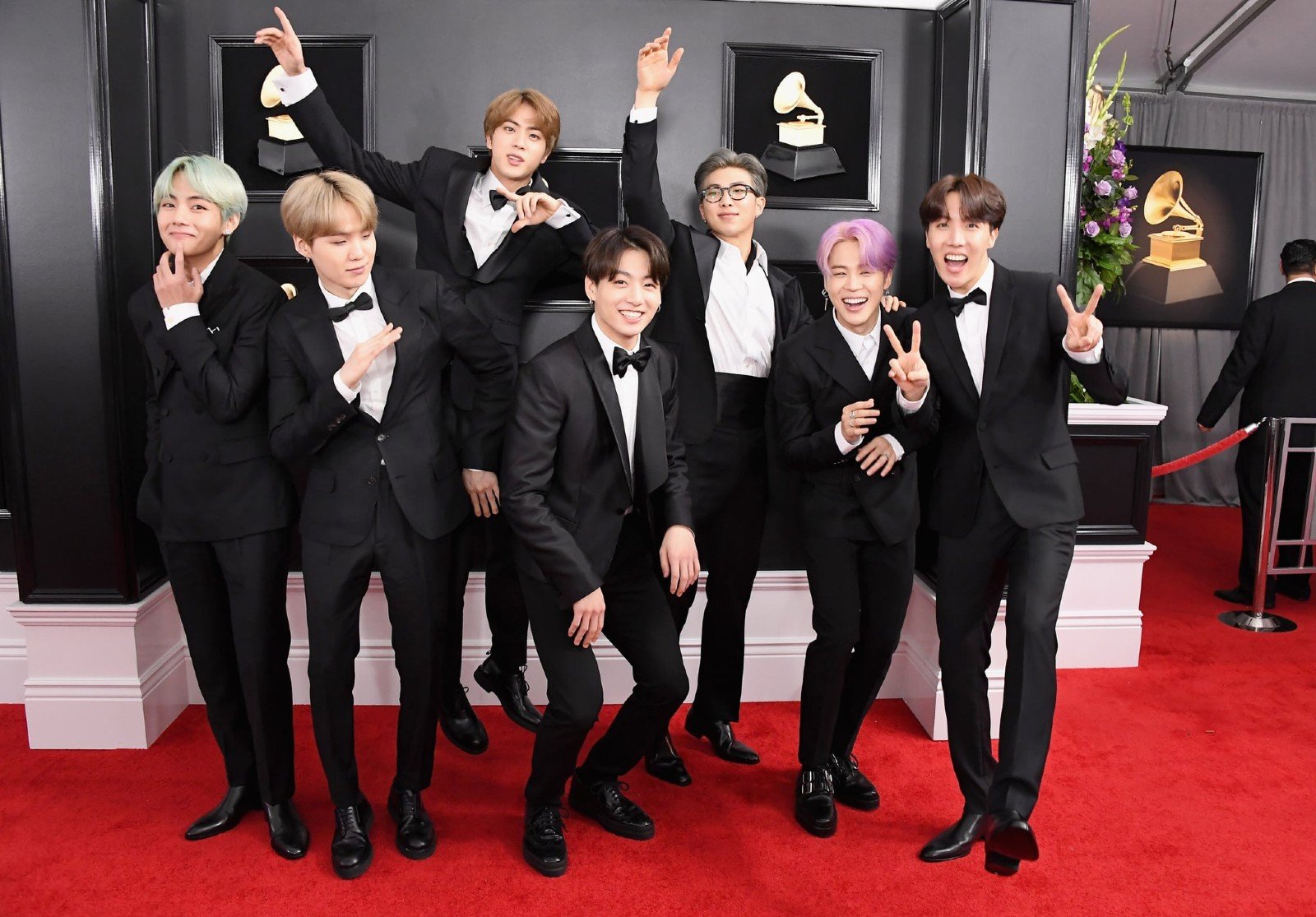 In a recent interview with Esquire, the group opened up about their desire to earn Grammy recognition. “We would like to be nominated and possibly get an award,” RM told Esquire magazine. “I think the Grammys are the last part, like the final part of the whole American journey… So yeah, we’ll see” he later added.

In another interview with Variety Suga described what it meant to him personally. “I grew up watching American award shows, so obviously we all know and I know the importance of the Grammys. It’s a dream anyone working in music has.” 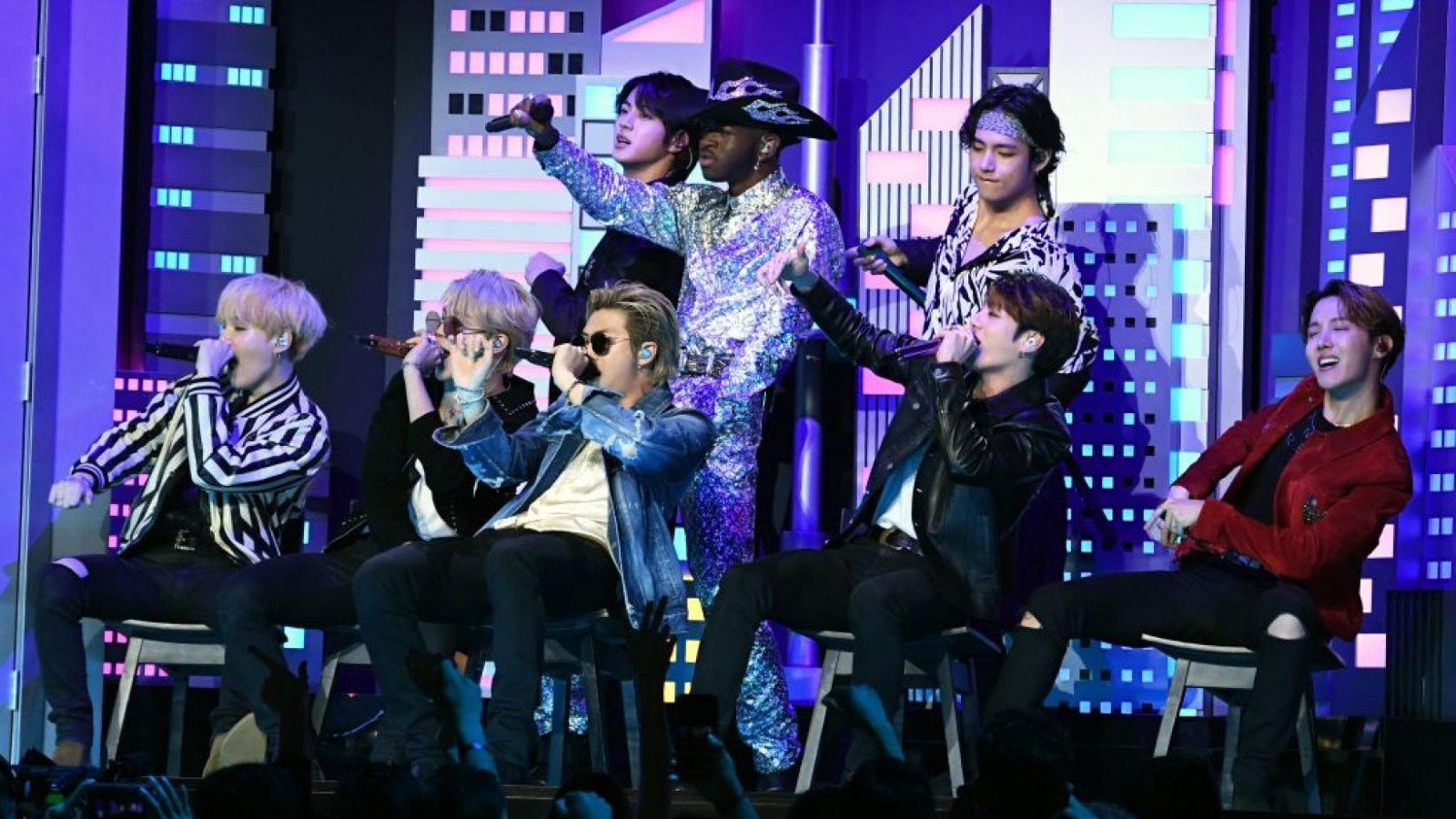 Previously, BTS had earned the nod for best recording package in 2019. The septet made their first appearance at the 61st Grammy Awards. That year, they also became the first K-pop group to present at the Grammys. Though the group did not win the Gramophone in 2019, they only had good things to say about their experience. The septet thanked their fans & called it a “dream come true” in Teen Vogue.

The K-pop boy band came back for the next year as well. Though they weren’t nominated, the septet joined the Grammy stage with Lil Nas X for a special rendition of Old Town Road. 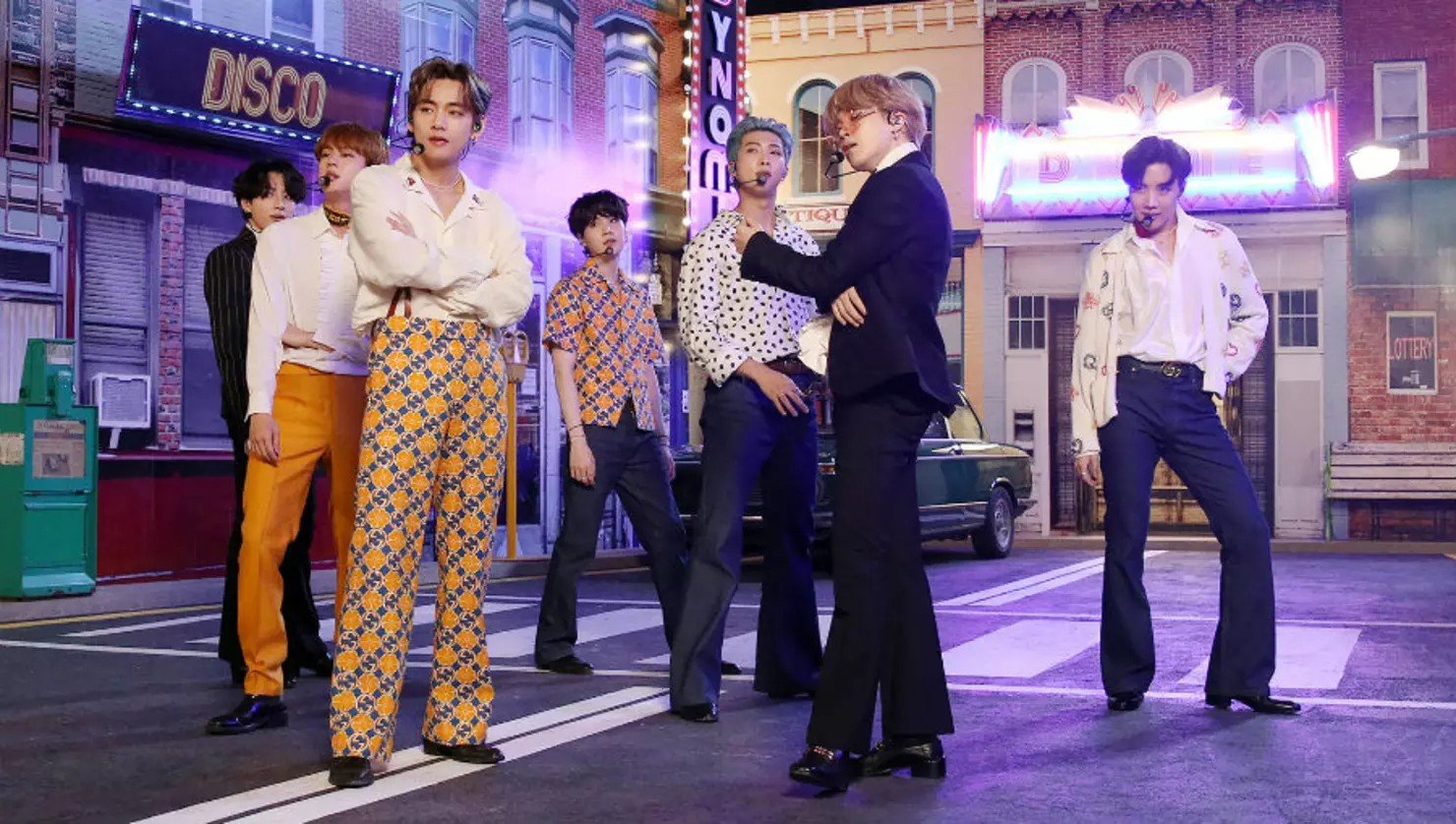 While BTS members were ecstatic to land the Grammy nomination, the ARMY is still miffed at the academy. Despite their single “Dynamite” being such a historic success, the Recording Academy did not nominate the track for Record of the Year, which angered fans. The Grammy committee also failed to recognize BTS’s massively successful album Map of the Soul: 7.

Members of the BTS ARMY posted a slew of tweets against the American Recording Academy to indicate their frustration. Some fans claimed that the K-pop group deserves a lot more recognition. Others were happy for their idols, arguing awards don’t hold much real-world weight.

The Grammy Awards remain one of the most prestigious recognitions in the music industry, despite their many shortcomings. South Korean boyband BTS being recognized by such a mainstream entity is a big step for the K-pop community.

The seven-man K-pop sensation BTS just received their first Grammy nomination – and their reaction is to die for!