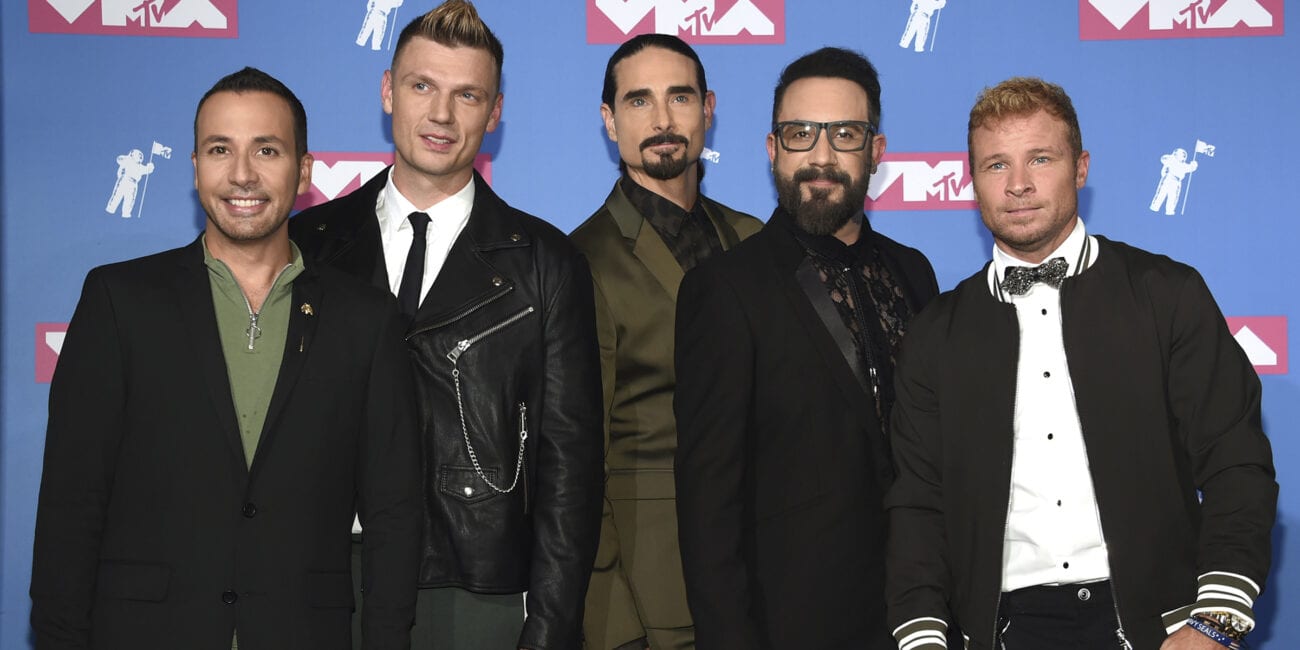 All seemed to be in harmony with our favorite 90s boy band, don’t DM us NSYNC fans, as members of the Backstreet Boys were coming off a successful 2020, with AJ McLean finishing his Dancing with the Stars run in seventh-place while Nick Carter notched a third-place finish on the latest season of The Masked Singer.

However, it appears this harmonious period for the boy band has come to a screeching halt, possibly due to news that one of the members is a Trump supporter, as well as an alleged QAnon believer. Let’s dive into the specifics, because we can stomach the idea of the Backstreet Boys fighting. We DON’T want it that way, fellas! 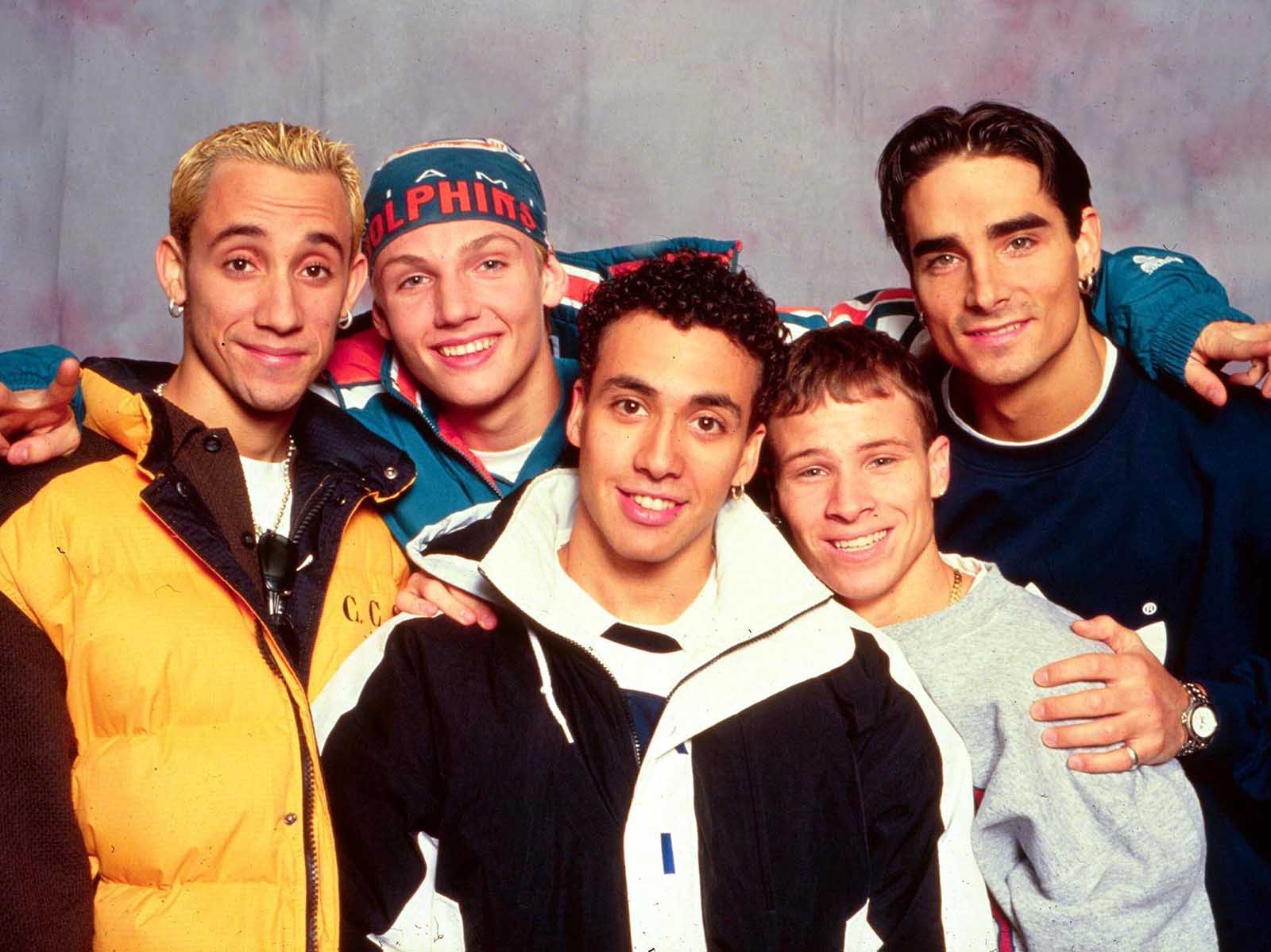 Nearly thirty years since their debut, The Backstreet Boys are still making music today almost as good as it was in the late 1990s, even recently collaborating with the likes of pop-legend Britney Spears on the track “Matches”.

From iconic hits like “I Want It That Way”, “Larger Than Life”, “Everybody (Backstreet’s Back”, and “Incomplete”, the Backstreet Boys are legitimately the only music group that many of us can say we’ve danced to their new music both at our high school dances and at our mother/son & father/daughter dances, too!

The Backstreet Boys have never seemed to lose their momentum producing iconic hits, giving us album after album of bangers. Their constant production of quality music leaves us wondering when they will ever slow down, as well as how they’ve avoided any serious drama over the decades unlike other popular boy bands who’ve split up due to ego. 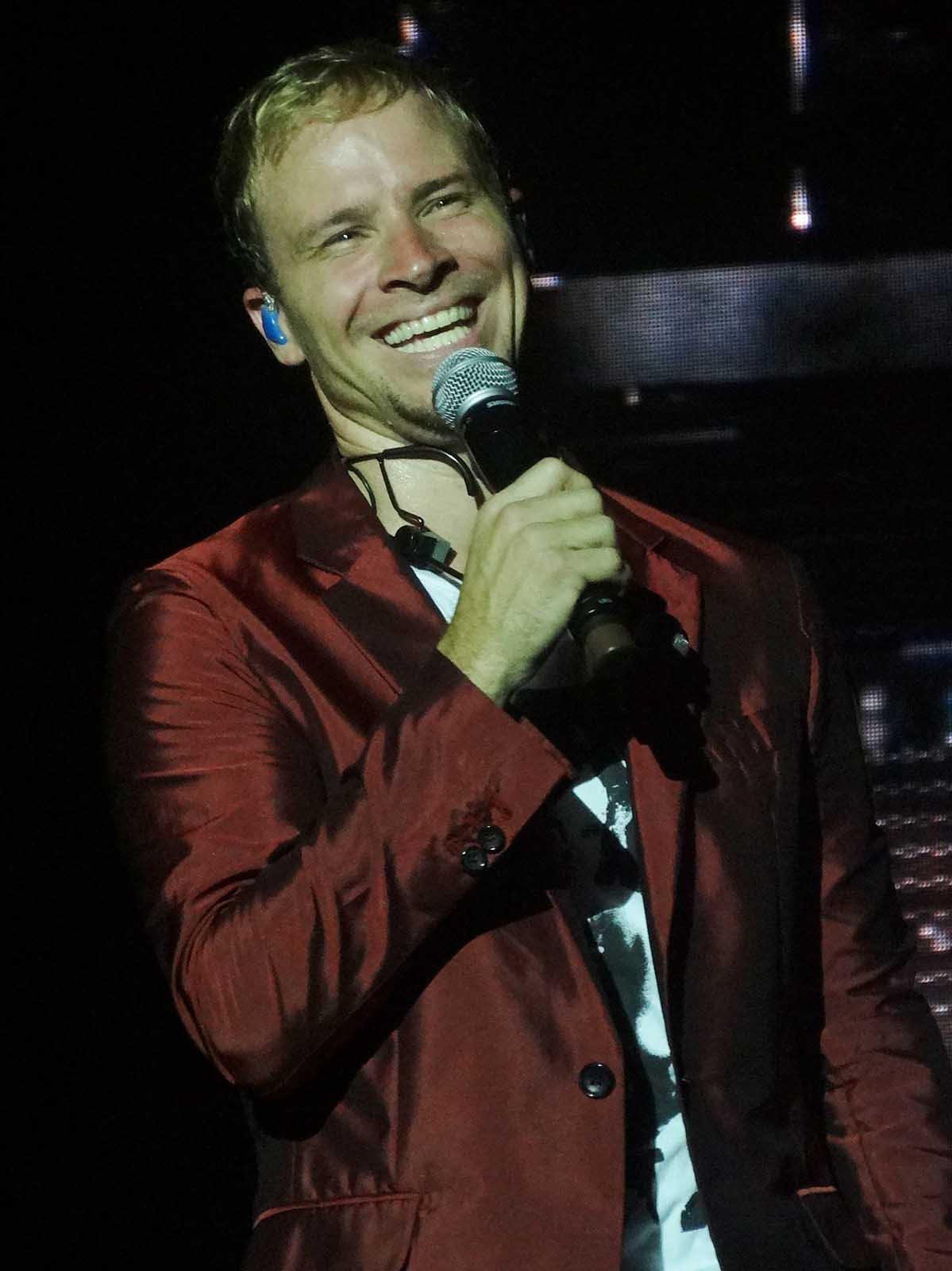 Drama in the band

While all the members of the group consider each other as “brothers” & “best friends”, that doesn’t stop them from having the occasional problem with one another, as any close family members or friends would have.

In 2017, during Donald Trump’s first year serving the country as the President of the United States, band member Brian Littrell voiced his support for Trump and his early start to the Presidency, stating how “I have faith in the system. I have faith in his character, his beliefs, and his balls. Let’s just put it that way.”

As well, Littrell reportedly had interest in performing at President Trump’s 2017 inauguration when the band was asked. However, it seemed much like many other singers & performers who were asked, the Backstreet Boys turned it down, mostly likely as a result of a group vote. Littrell stated how “Hollywood needs to chill out,” when speaking on Trump. 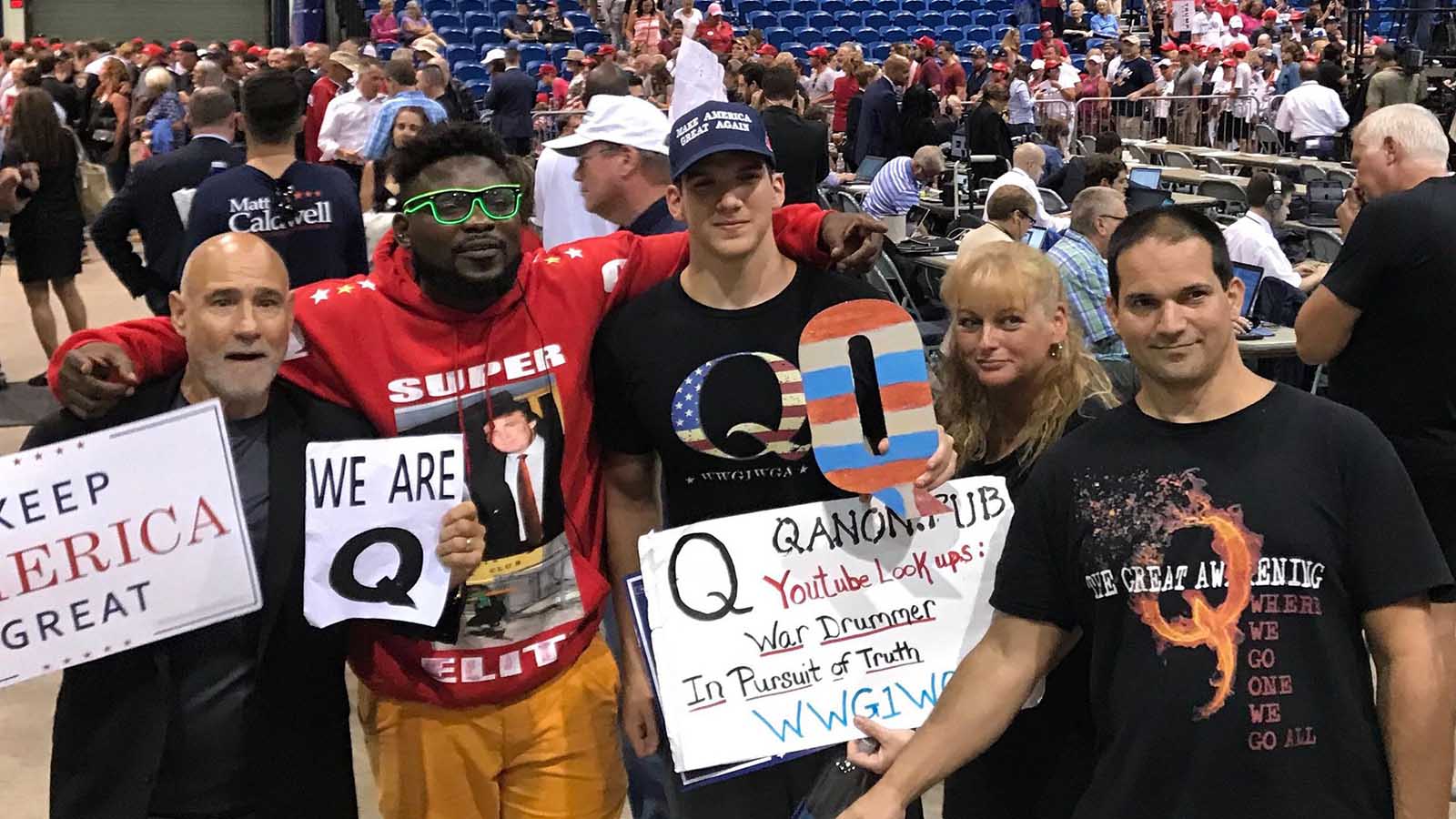 Where does all of this “QAnon” conspiracy come in? Well, if you didn’t already know, QAnon is a collection of people who attach themselves to conspiracies that revolve around a believed government insider called “Q”.

Many people who believe in QAnon can be found on the social media service and recently suspended Parler, reportedly used by people on the right . . . and apparently Backstreet Boys’ member Brian Littrell.

A week after Litrell posted on Twitter about his Parler account, bandmate Kevin Richardson tweeted out a link regarding him “losing a best friend” to Parler. 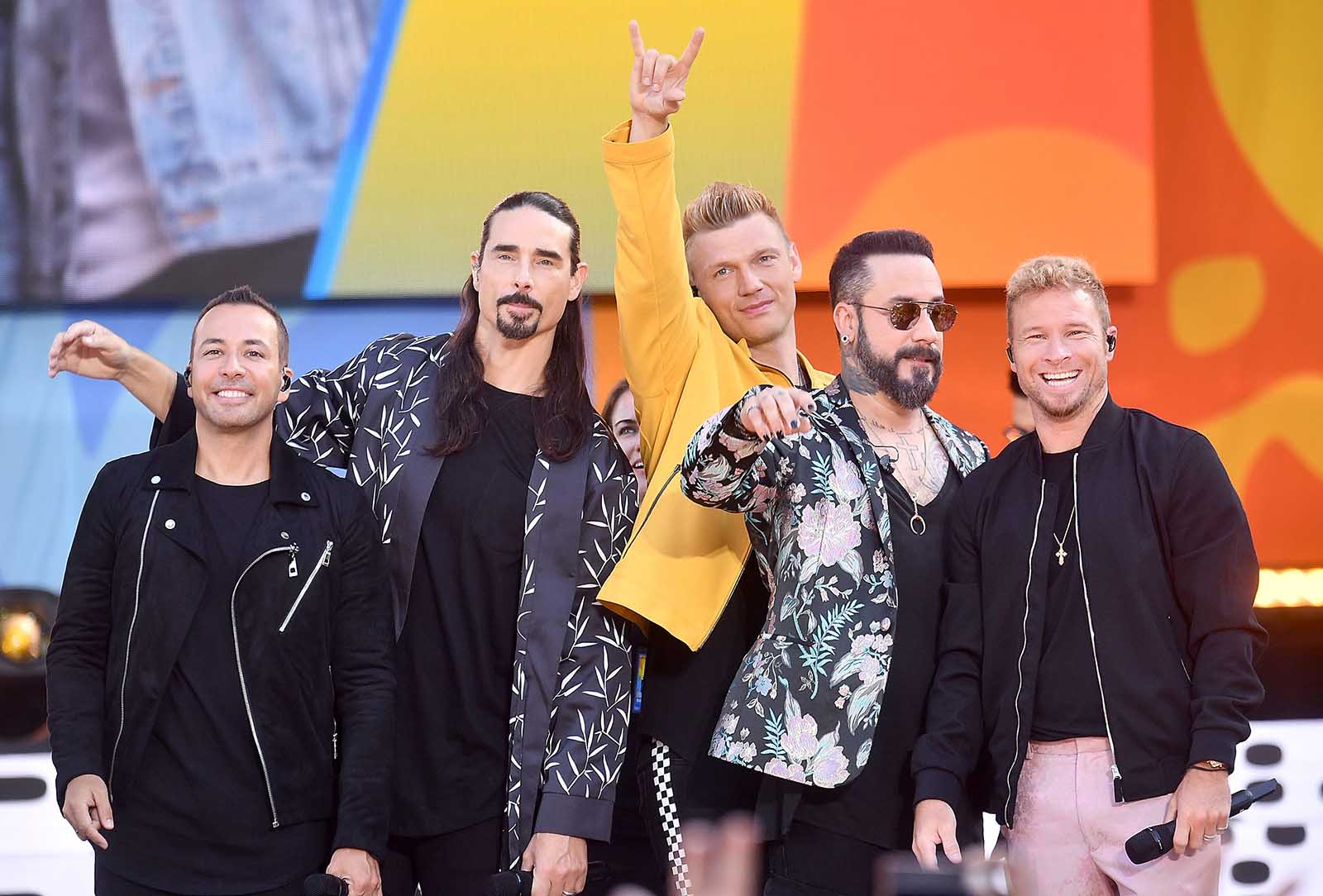 While AJ McLean tweeted out his support for the Joe Biden & Kamala Harris campaign, other bandmates Nick Carter & Howie Dorough have seemingly kept their opinions private on the matter in regard to social media.

To make matters worse? Brian Littrell’s wife agreed to a tweet just days after the storming of the Capitol in which the user posted how the charge was “led by ANTIFA dressed as Trump supporters”.

How do you guys feel about this drama surrounding certain members of the Backstreet Boys? Do you think that they can ever fix things and get back to making awesome music? Comment below and let us know your thoughts.