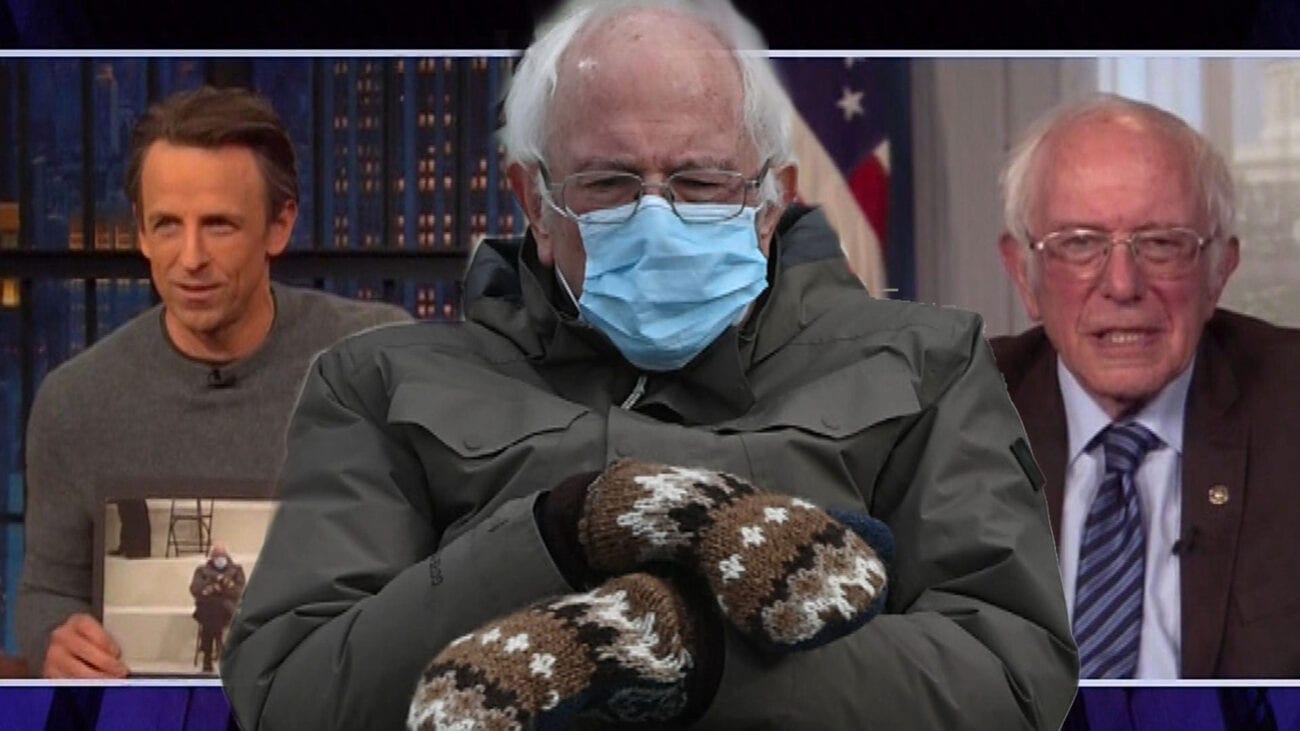 We once again ask you: why won’t Bernie Sanders memes die?! The longtime Vermont senator sat in a chair at Joe Biden’s inauguration, wearing clothes & a mask like a normal person during a pandemic. Yes, his mittens were adorable, but how much mileage can you really get from Bernie sitting in a folding chair with huge, knitted winter apparel?

Apparently, a lot. The internet still won’t let up on Bernie Sanders memes, so we’ve seen an onslaught of this former presidential nominee in our feeds. Either way, here are all the places Bernie Sanders has been . . . in meme form. 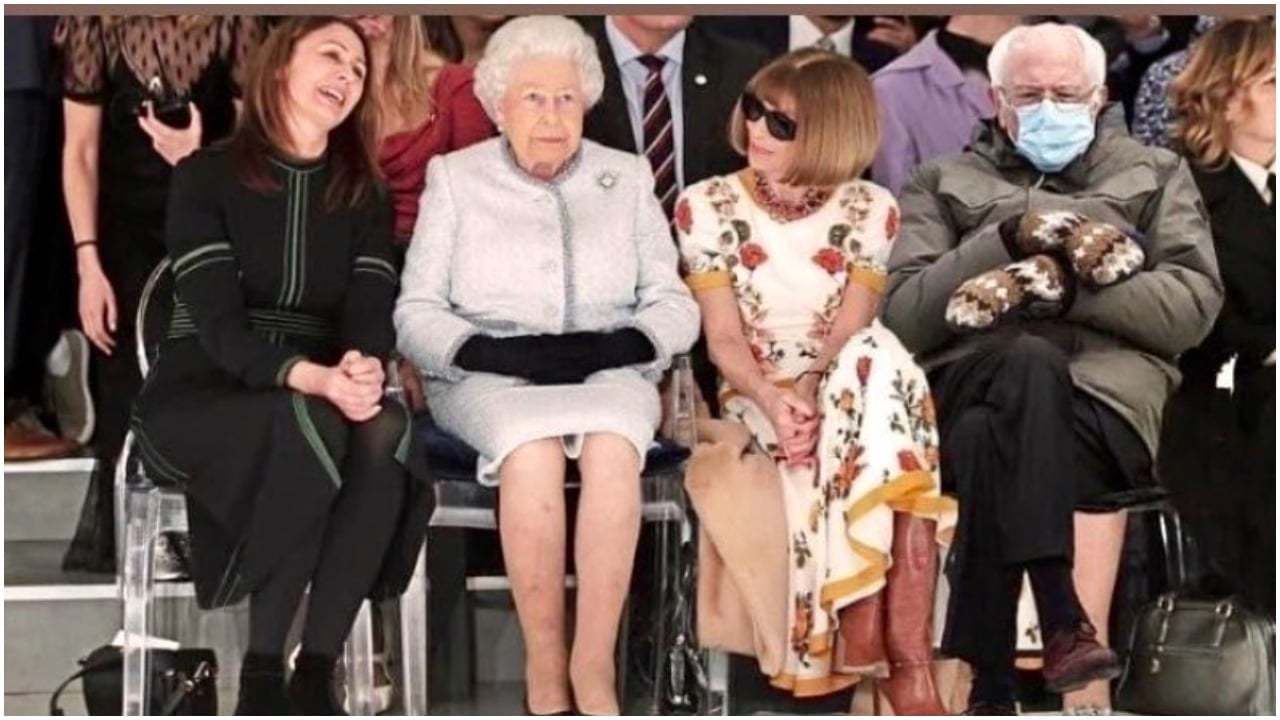 Tea with the queen

It’s really easy to put Bernie Sanders right next to Her Majesty, though we have to say he’s underdressed. The mittens would surely be a delight at any formal gathering! 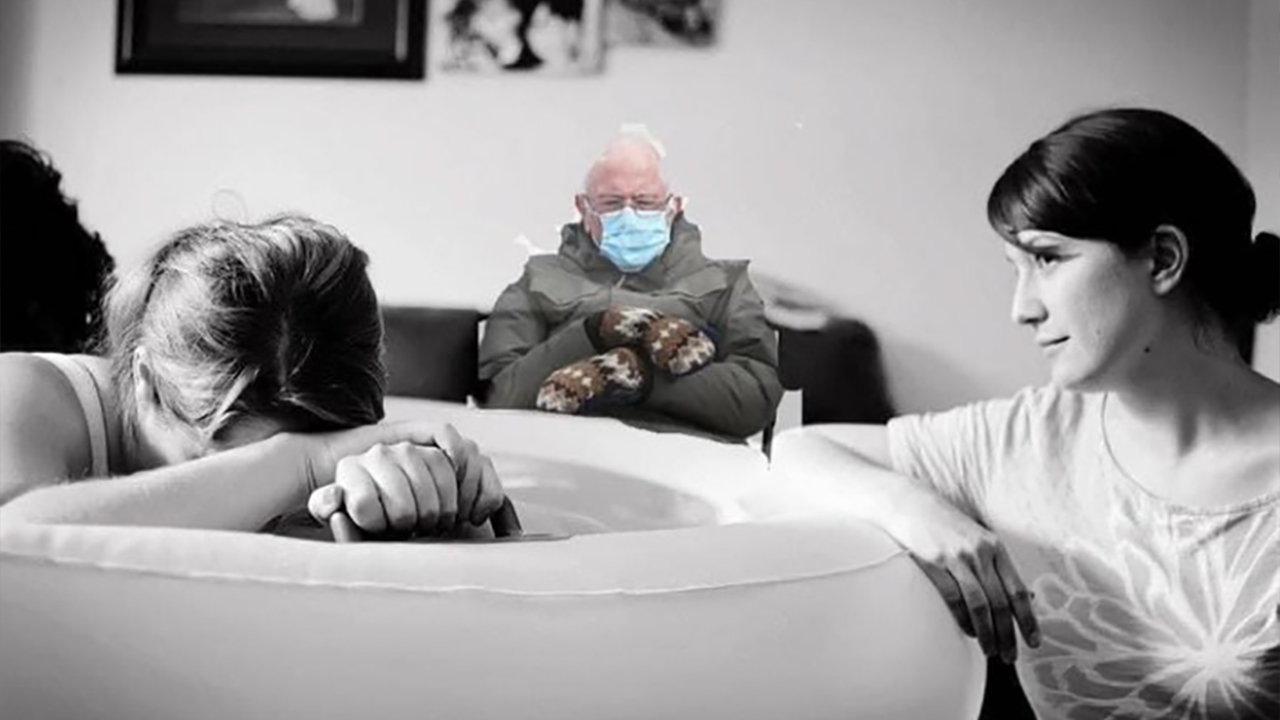 Crying in the tub? Giving birth in a pool? Call Bernie Sanders for emotional support, even if it’s just a meme! 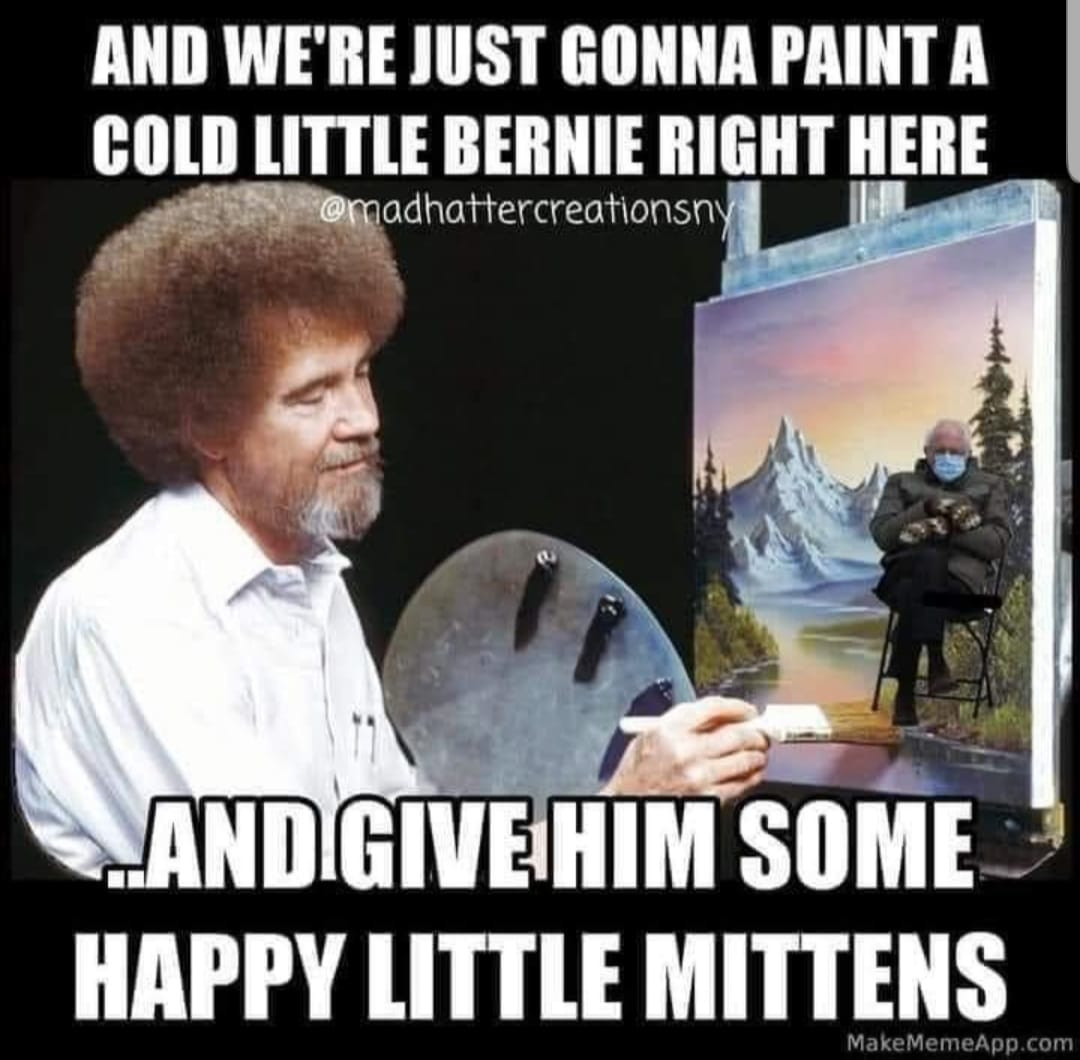 Because after all, Bernie Sanders memes need friends, which is why the internet’s making a lot of them! 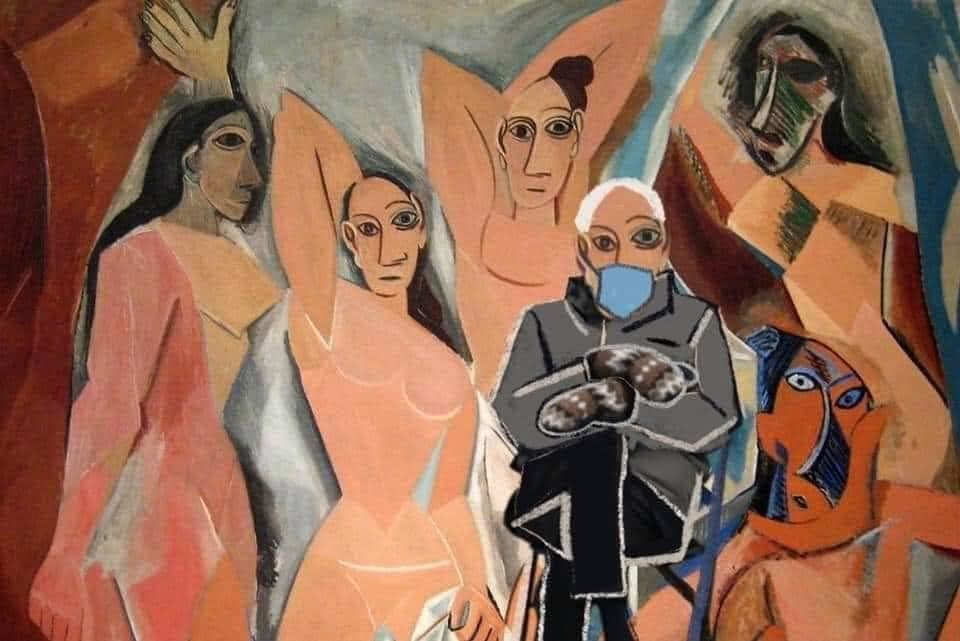 Did you ever think you’d see Bernie Sanders in cubist form? Neither did we. 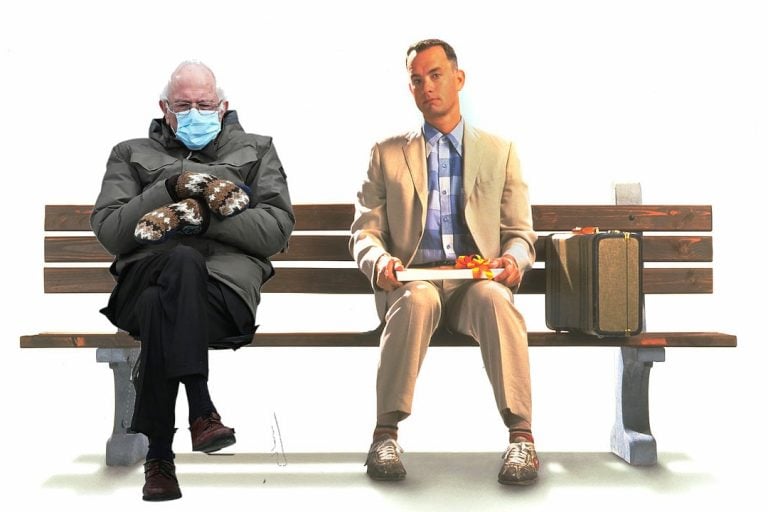 You’re in my spot

It doesn’t look like Bernie Sanders is going to give Sheldon his spot back. In fact, we think Sanders wants Sheldon to distribute spots in the room equitably so everyone can have the comfy spot once in a while!

What did Bernie Sanders do to end up in detention at Shermer High School? We think he had nothing better to do with his Saturday, so he showed up in solidarity with the kids who were there.

Just one more Bernie meme, then I promise, no more. #BernieSanders pic.twitter.com/10J2Znxud4

There’s nowhere this Bernie Sanders meme won’t hang. Even if the world turns upside-down, these memes are here to stay! You’d have to be batty to think otherwise. OK, OK, we’ll stop with the bad puns! (Or shall we say, bat puns? OK, that’s the last one, we swear!)

Bernie Sanders, of course! And he looks delighted to question the contestants about their stances on universal healthcare, a livable wage, and taxing the rich!

Would Bernie Sanders live it up with the Sex and the City girls? It looks like he has some warming up to do! 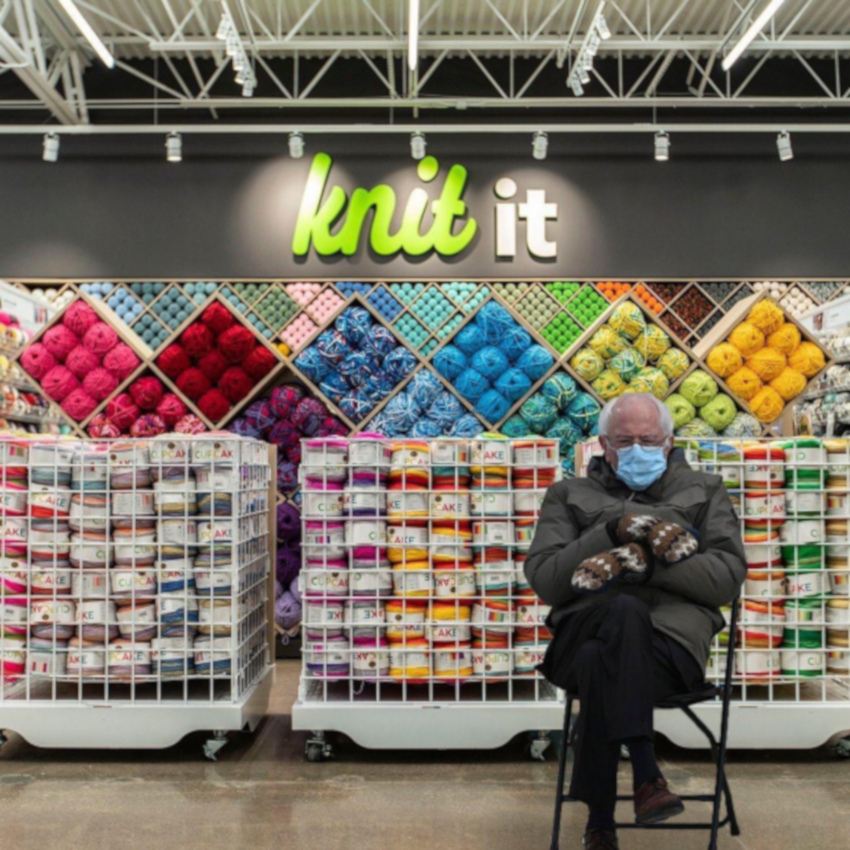 Bernie Sanders looks like the perfect yarn salesman waiting to show you how to knit gigantic mittens and then distribute them to everyone. 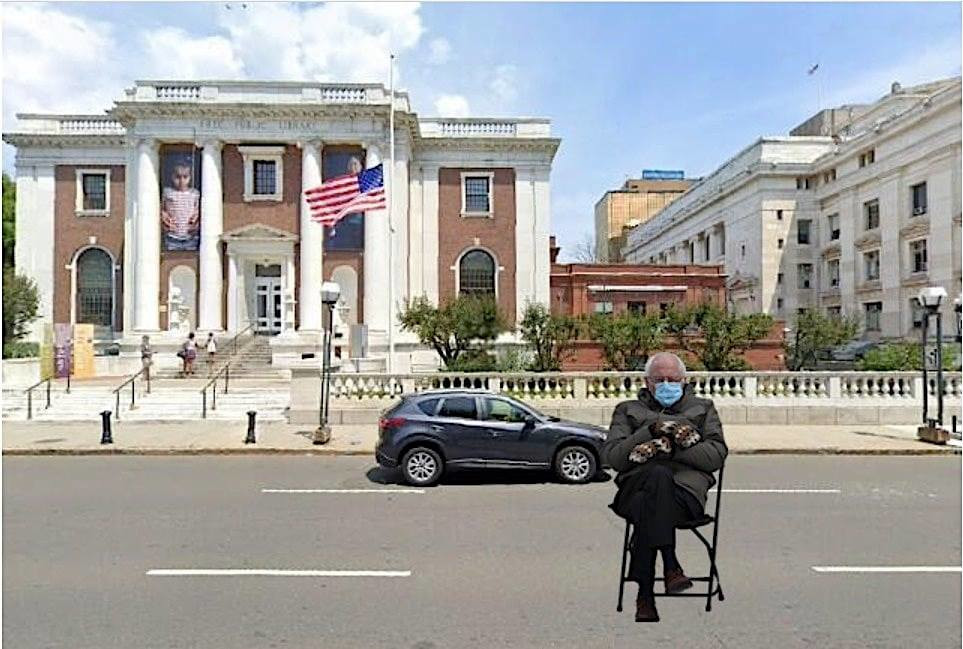 Going to the library

Why did Bernie Sanders cross the road? To support public goods & services like libraries! 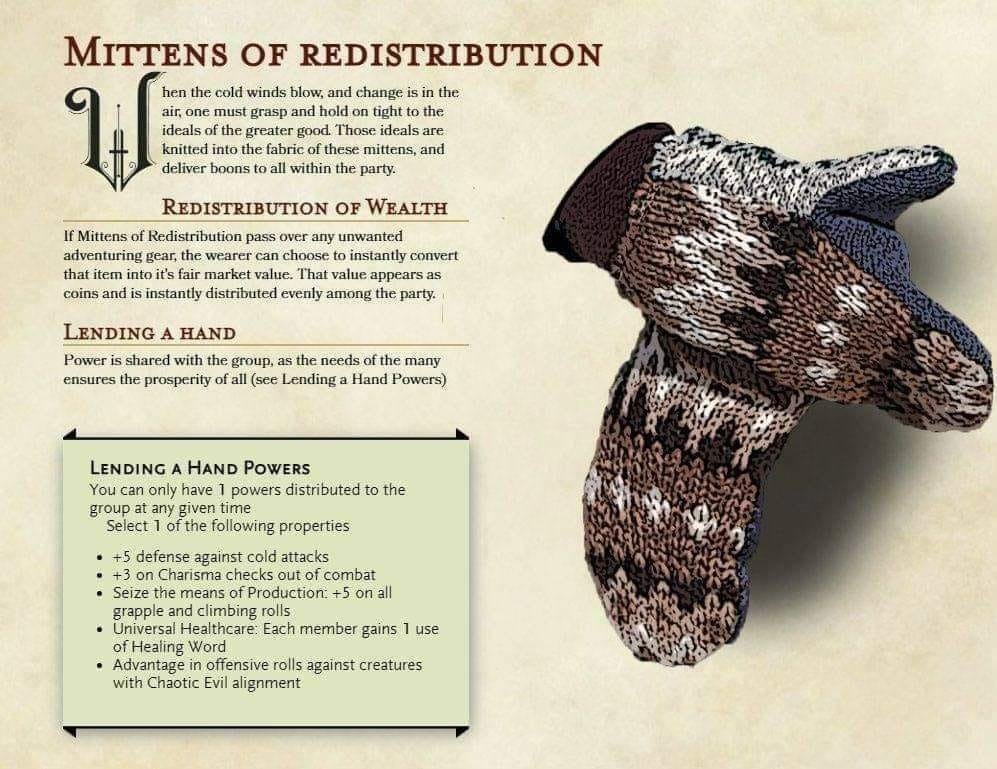 Does anyone want to bring Bernie Sanders’s mittens along on their next adventure? They seem like a handy item to have! (Ed. note: The ability to cash out magic items for their fair market value is munchkin city, making the Mittens of Redistribution artifact-level for sure.)

Share via:
Tags
Bernie SandersSex and the City
Author