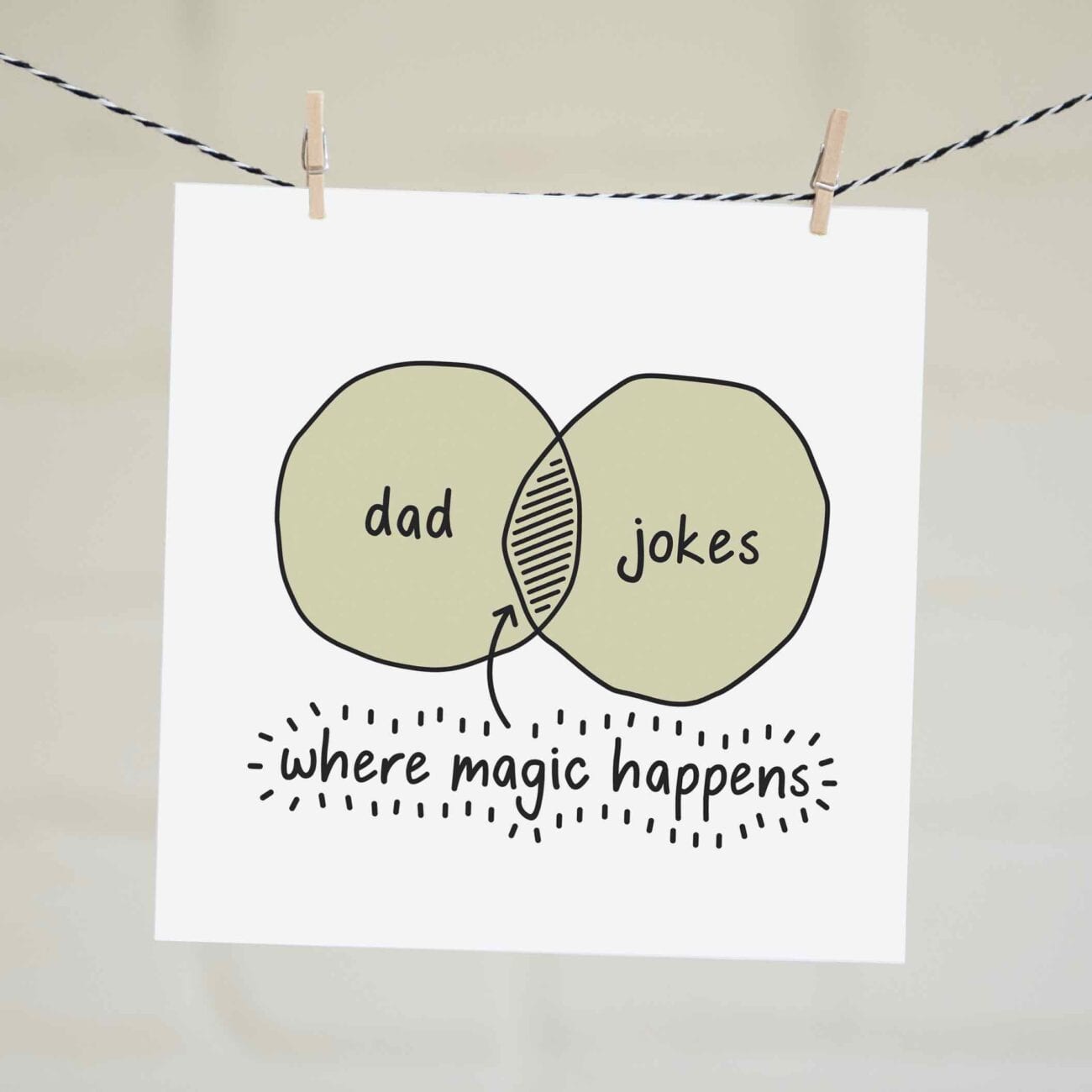 They make you groan. They make you roll your eyes. They even make you question your relationship with your father. Dad jokes can be painful for all involved. Five in twelve young professionals are personally affected by dad jokes, ruining birthdays, holidays, vacations and even causing queasiness, nausea, and bloating. But there is hope.

And there’s a solution. Talk to your doctor about the following dad jokes. Actually funny and clever, the following dad jokes are sure to relieve the ache of a horrible quip your father expected you to laugh at. Side effects include laughter of varying degrees – including a giggle, chortle, a vocal exhale or hiss – and actual amusement.

Apparently, this joke has been done before but it’s good to start this list out with an oldie but a goodie. Just like your actual dad. BURN

Prop these jokes up

If you’re on TikTok, love dad jokes, and are interested in film production, we recommend user @scottpropandroll. Not only is his name a solid pun, but he shows you how movie props get made. Did you know pool balls are really just painted racket balls? Scott will teach you that and more and seal it all with a dad joke.

These jokes supreme, the children scream

There’s nothing we love more than a good dad joke, except maybe a dad realizing the way his parents raised him was toxic, and in order to break the cycle, he needs to address his issues to a paid professional because there’s no excuse for broken relationships or boundaries. Yay therapy jokes.

Playing up the same theme here, dad jokes don’t always have to be wholesome but they do have to be clever. We love a good dark joke here at Film Daily and a dark dad joke is just icing on the cake.

We might be on shaky ground with this dad joke, but we here at Film Daily are trying to be a bit boulder with our writing. We don’t have our method down concrete though so please let us know if we need to jack (hammer) our game up. Okay. We will stop now. We hit a dead end.

Apparently, Twitter user MegOKeefe10 found this Toto dad joke in her desk calendar. What a tearable thing to find.

Do you have a favorite dad joke that’s actually funny? Let us know in the comments below.