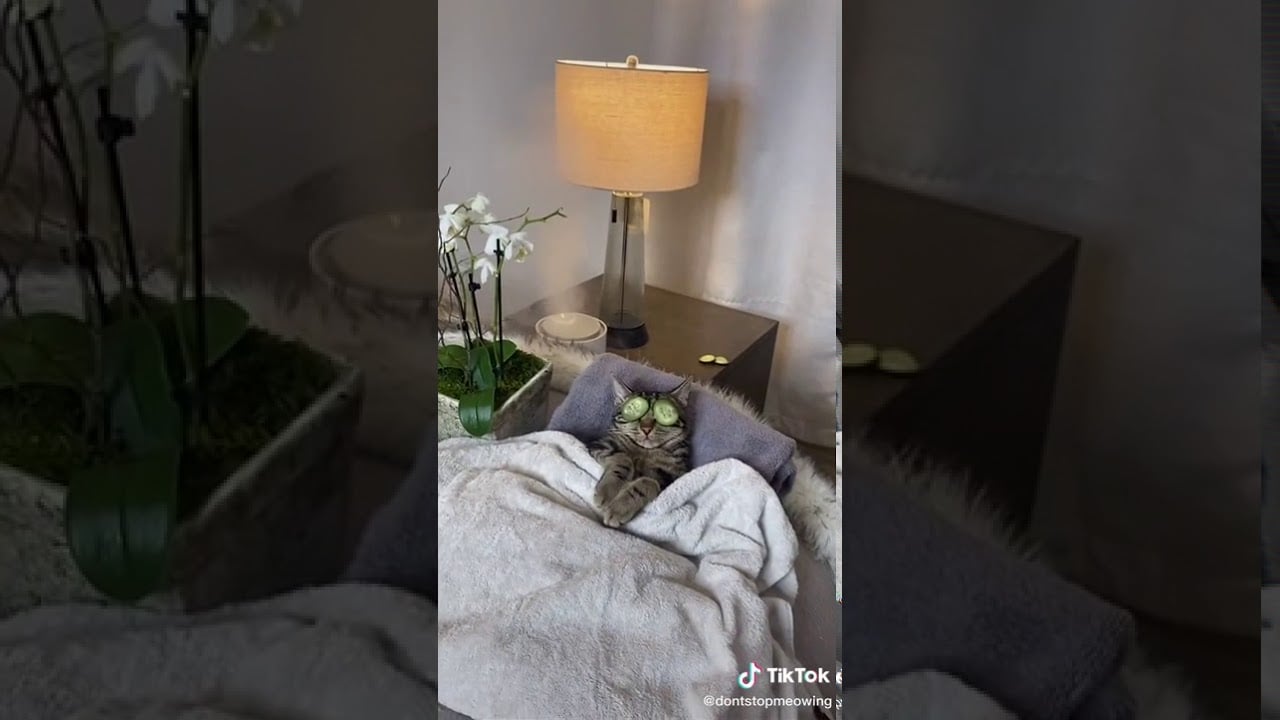 We didn’t know just how much we needed a video of a cat relaxing in a homemade spa until today. A video of a cat named Chase enjoying a spa day with cucumbers over his eyes is the best content on the internet right now, and we’re absolutely living for it. Here are all the best Twitter memes about this kitty’s relaxing day. 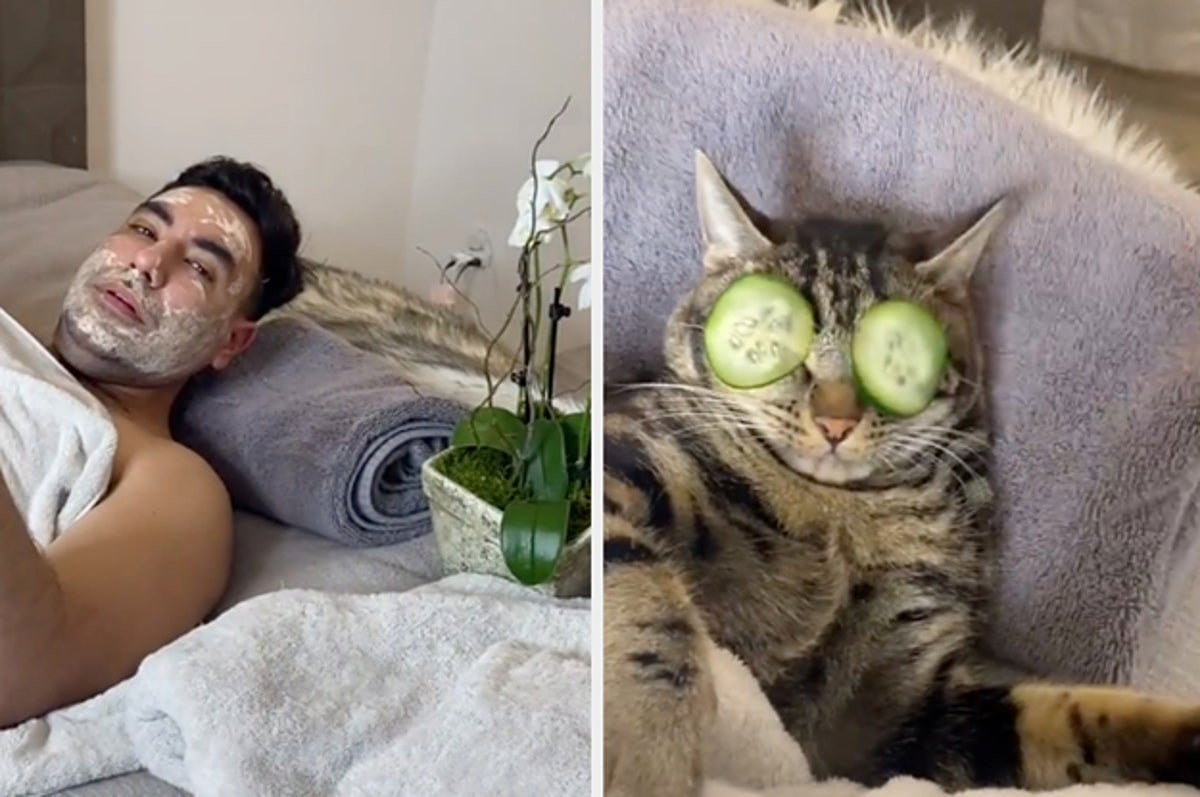 Who is Chase the cat?

TikToker Fifi Furrha and her husband Kareem Khalil run social media accounts called @DontStopMeowing for their three adorable cats, Skye, Chase, and Millie, who have instantly become beloved by the internet. Furrha told BuzzFeed News: “When we started our channel last year during quarantine, we didn’t expect it to take off the way that it did. But we found ourselves being at home and spending a lot more time with our cats, and as we grew our social media, we also fell in, like, mad love. We are super attached to them.”

When asked about the spa day, which has now been viewed more than 50 million times on TikTok, Furrha explained: “What caught me by surprise [was] to find how much Chase was enjoying it. He really, really liked sitting on the bed with the cucumbers on his eyes, and it put him to sleep. I was like, What? This is crazy.”

As for the cats, a spa day isn’t totally out of the ordinary. Furrha elaborated: “They are super spoiled. They have their own little room and patio. They get to go outdoors in enclosed areas. They’re super pampered, and they’ve got lots of toys. People are always sending them toys.”

This is my new vibe for 2021. pic.twitter.com/R0NpdPIjhq

One Twitter user took a screenshot of Chase looking over-the-moon comfortable and said that was their new vibe for 2021, and we can all relate. If 2021 looks anything like Chase’s spa experience, we’re in for a pretty solid year.

Jealous of this cat

This Twitter user replied to the original video with a GIF expressing how upset they are that a cat is living better than them. We totally feel their pain.

Another person shared a clip from the video of Chase getting a chest massage, and we’re pretty much dying of envy. What do we have to do to just become a pampered cat? Serious question.

This meme is totally how Chase was feeling when he was interrupted by his relaxing spa day.

she said, fun?? relaxation?? time away from me??? pic.twitter.com/l4k5eW2JGu

Some Twitter users also took to criticizing Fifi Furrha for interrupting Chase’s spa experience, and . . . points were made.

This is the moment right before his peace was broken pic.twitter.com/yDRgY1RGLM

The calm before the storm

One person screencapped the moment before Furrha interrupted Chase’s peace.

how is a cat in a better mental state than me? pic.twitter.com/WLw9Ai1cP1

Yet another person made a meme to lament the fact that Chase seems to have not a care in the world. Why can’t we all live more like Chase?

Another Twitter user created a hilarious meme showing how Chase was probably feeling on the inside when his peace was disturbed.

It seems like Chase content is only on the rise, and we’re super excited to get more glimpses into the life of our favorite feline. And if he can give us more inspiration on how to live a better, more laid-back life – well that’s just a giant plus.