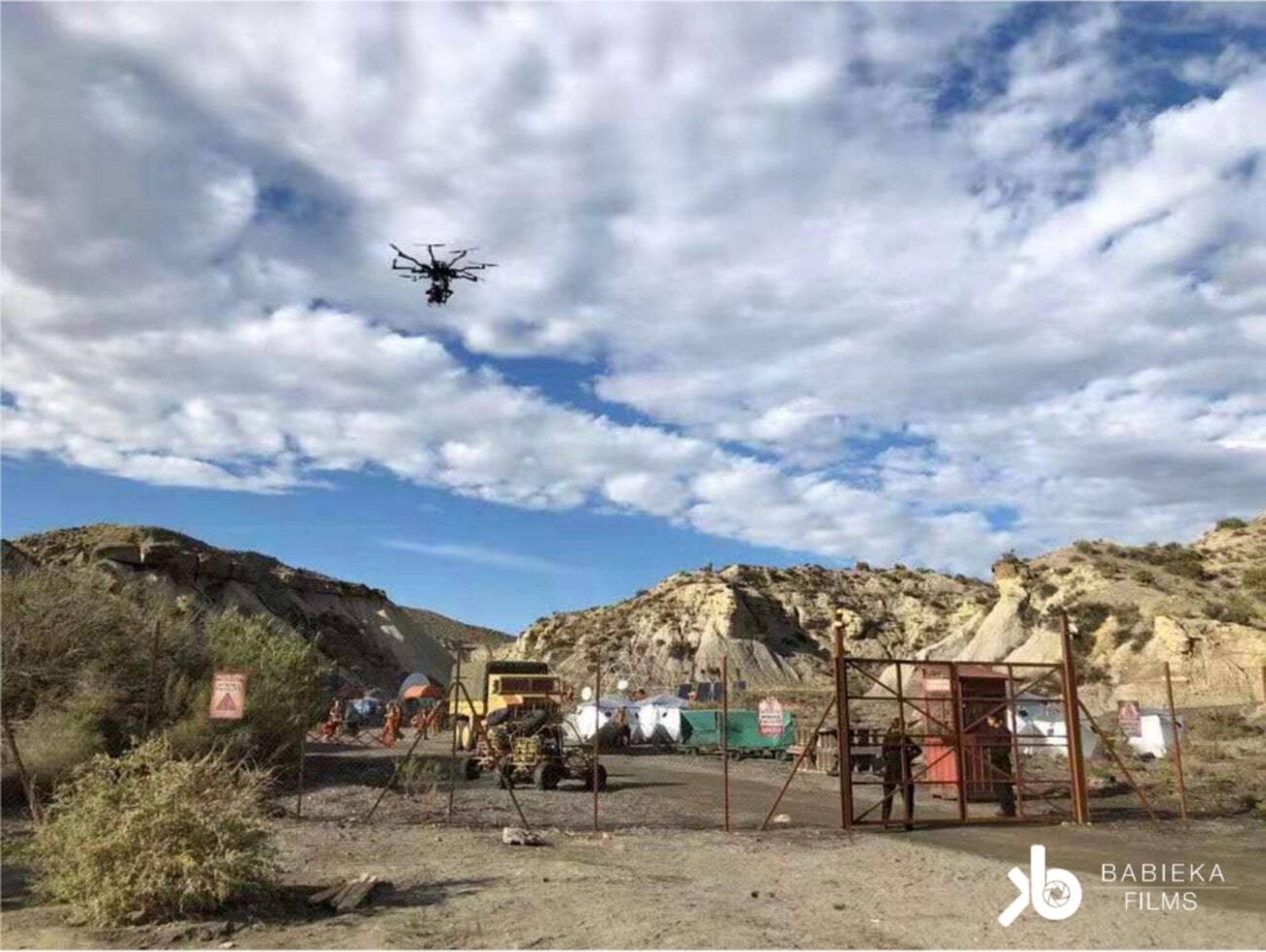 Who said you can’t have the best of both worlds? Orlando Pedregosa sure does! As the legendary executive producer, Vice President, and Director of the blockchain-based entertainment platform Film.io, Pedregosa and his team aren’t slowing down anytime soon.

Orlando Pedregosa is internationally known for his latest masterpiece El Practicante which featured on our favorite streaming giant Netflix and dives into a psychotic man’s deepest & darkest desires.

Now, Cold Skin executive producer Orlando Pedregosa is discussing his impressive career and how he managed to turn setbacks into his greatest achievements. Here’s what the chief had to say. 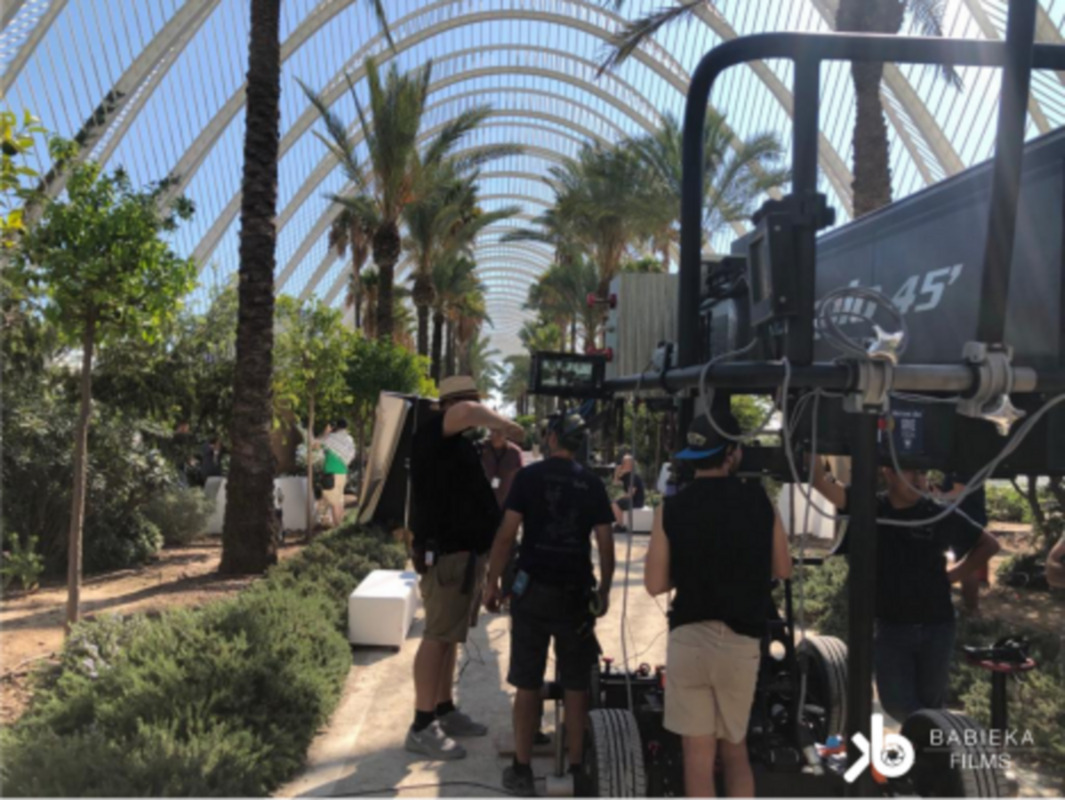 Have you always wanted to work behind the camera? Where did your film journey begin?

I was born and raised in a film family, so I started to understand it and developed a passion at an early age. I started working as a production assistant and art department assistant in films such as The Flemish Board & The Reckoning sporadically during my school vacations.

Soon after I finished university, I went off to work for a film financing company in London, partly financing films like Bend it Like Beckham.

Who are you most inspired by?

I have to admit that filmmakers never cease to amaze me on a regular basis. I mean the business isn’t for the faint hearted, at least until the arrival of Filmio. It is relentless and sometimes, if not always, hard to reconcile with family life.

If I have to name a single person I have met, apart from my parents, that has inspired me that would be Mario Kassar from Carolco. He produced some of the most successful action movies of the 80s and catapulted to fame actors such as Arnold Schwartzenneger. Arnold befriended my father, a stunt coordinator named Miguel Pedregosa, while shooting “Conan the Barbarian.” I had the chance myself to meet Arnold in my teens.

NFTs are a hot topic. Can you explain NFTs for those who know nothing about cryptocurrency?

Non-fungible Tokens are blockchain assets that are designed not to be equal, or fungible, if you will. That means no single unit is interchangeable for another. Think of the U.S. dollar. Each unit is exchangeable for another and they’re worth the same—the opposite of fungible. NFTs lend themselves to be used to collect rare items securely such as limited prints of digital works. They can give digitized authenticity to any particular item. For instance, a false take of Cybill Shepherd in Moonlighting.

How do you think using NFTs will change the film industry?

There are an infinite number of possibilities with film and NFTs. Hard to say if it will completely change the film industry, but it will most likely add another fund-raising dimension to it. For example, how would you like collecting the best behind the scene moments of your favourite movies or some of the wardrobe or part of the set as a 3D virtual object?

As a film producer or studio, if you auction it off to the highest bidder, you could potentially raise some solid funds. Monetizing NFTs can become integral to a studio’s financial plan. Plus, it’s another great merchandising tool to build an audience around.

Will NFTs have a transformative effect on the cultural sphere at large?

Absolutely. There is so much potential for NFTs everywhere, and especially with culture, where there is limitless creativity. And NFTs can be applied to all sectors of culture—from film to music to digital artwork. Just imagine you owned some virtual land that replicated a set in a movie.

You can even use NFTs to combine these worlds. For instance, let’s take the set of Exodus: Gods and Kings and the Red Hot Chili Peppers wanted to host a concert with that film set as the scene of their gig. All you need to do is to sync the virtual land on an NFT with an augmented reality (AR) Wall (a sort of green screen, but with real time image sync). Surely, this will make the experience unique for fans. The same is applicable to inserting the virtual set in a video game or other media. 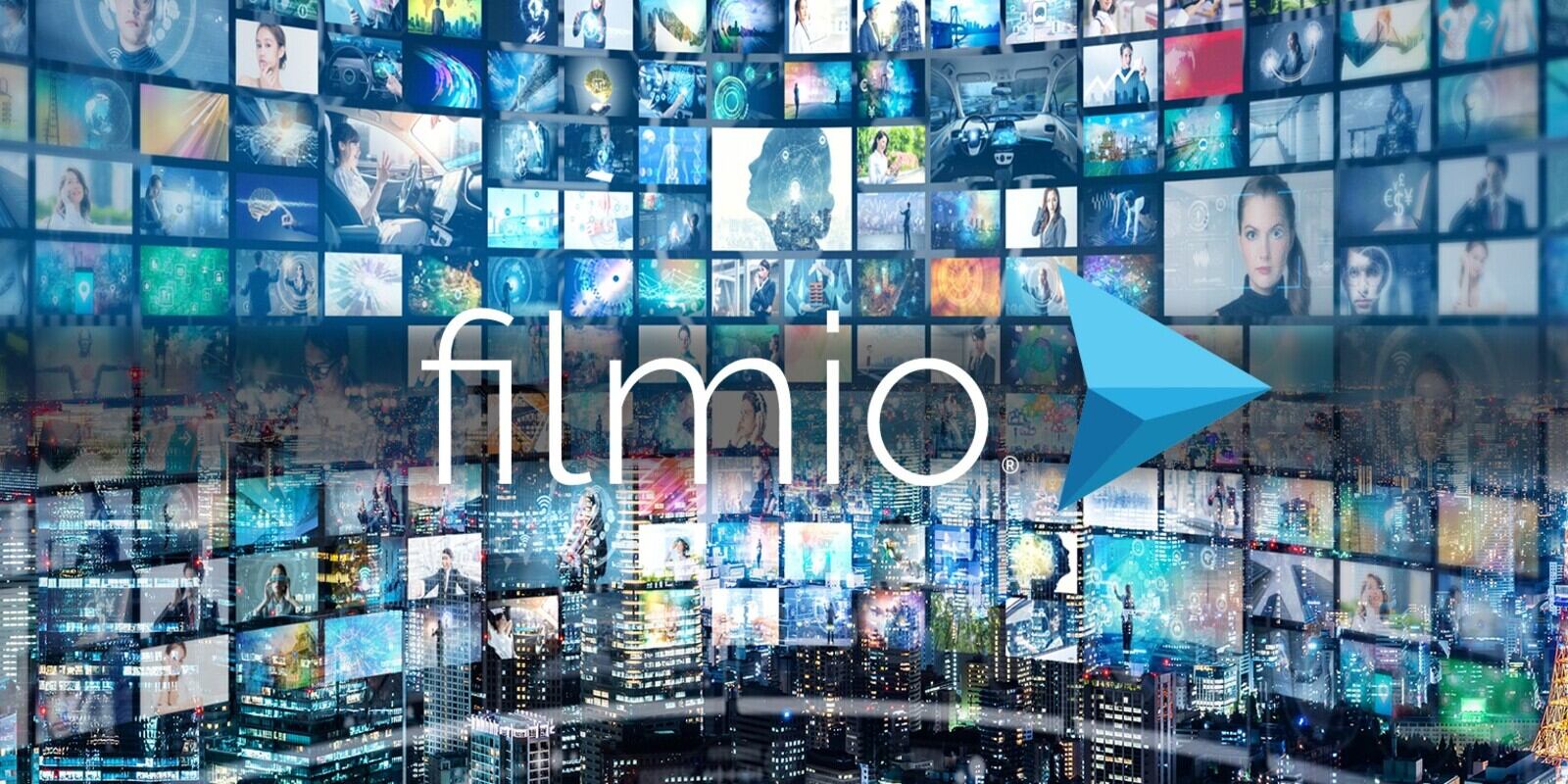 As an entertainment platform that uses blockchain, what benefits does this technology bring?

Film.io is all about connecting film creators with the fandom and giving back to them a piece of the entertainment industry. Collecting NFTs is part of that sharing. Right now, our focus isn’t too much about how to use NFTs in film, but we will likely work with film creators to enable them to sell or promote them on our platform.

Do you think the explosion in NFTs will impact the adoption of blockchain technology?

Most definitely it will. Every time there’s money to be made in any technology or sector, as numerous NFT success stories demonstrated, consumers and investors flock to it in droves. People will understand that blockchain technology is not only about bitcoin and its price; it’s so much more than that. Blockchain and its tools can permeate every aspect of our lives and our creations, rendering them more decentralized and accessible—hence democratic, transparent and secure.

We’re an entertainment platform and ecosystem that aims to democratize the filmmaking and TV industries using blockchain technology. We believe blockchain has the ability to empower fans with more influence in the creative process; creators with better access to resources and funding; and film investors with more meaningful data to drive their decisions.

Our vision is the transformation of today’s “Hollywood system” onto the blockchain, where fans, by participating before movies are made, have a voice in rating, reviewing and green lighting the future of entertainment projects. The result is a new and important metric that pre-validates the potential for a project’s success for creators, studios, networks and investors. From that point, we’re creating a new era of filmmaking where key decisions are made based upon transparency and fairness rather than corporate plutocracy.

As Filmio’s Vice President, what’s the most challenging part of the role in the company?

I’d say that Film.io, as an exponential organization, has so many aspirations that sometimes the possibilities of partnering with entrepreneurs that share our vision feel endless and overwhelming. There are just so many projects we could work with that fit in the world we want to create that it just becomes staggering. Thankfully we have a very experienced team to keep us on track and find the right strategic partnerships.

What is like working with so a handful of executive producers for the 2017 film Cold Skin? Do you enjoy working with such a large group of people?

It was a fantastic experience and I learned a lot from it. I take no issue with working with a large group of people. Most films require hundreds, if not thousands, of people to collaborate anyways. And the fact that they were executives didn’t bother me either.

In terms of how that experience applies to Filmio now, Cold Skin is a perfect example of a film that would have benefited greatly from fan interaction. During the development stage, fans of the novel were sharing illustrations of what they thought the creatures should look like. We could have leveraged that fandom and served them much better through Film.io. Films are collaborative works by nature, and with Filmio, we would have had an even greater group of people working with us! 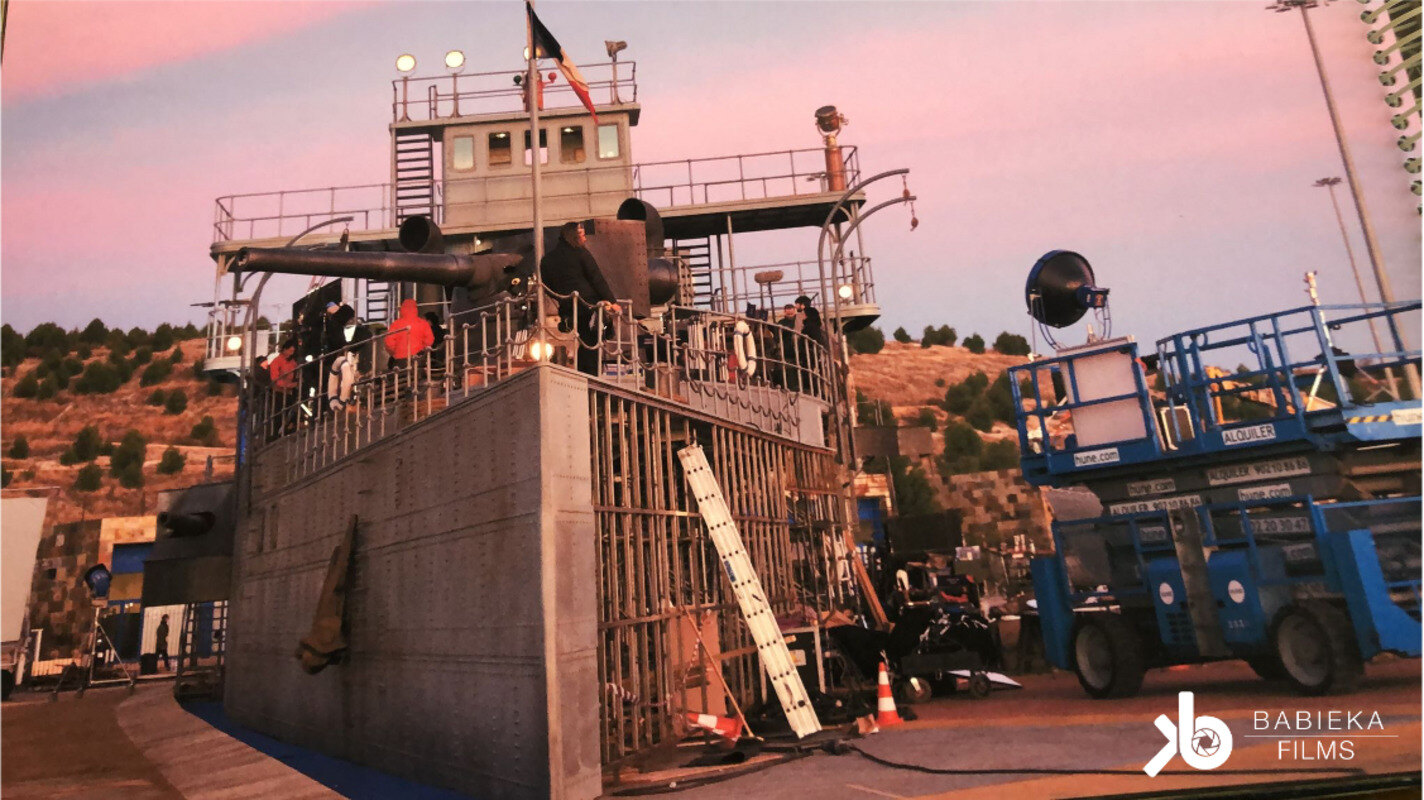 In your opinion what was the message behind Cold Skin?

Without wanting it to be misconstrued or extrapolated to any conflict, I’d say that the message sent is that if we all forgot the misconceptions we have about each other, perhaps we would resist more readily the pull of violence.

Tell us about your latest project, El practicante.

El Practicante was a huge hit on Netflix, reaching #1 in most countries around the globe. A true ode to what streamers have achieved in a few years and what the majors haven’t in decades, which is making local content travel. It is a phenomenal character transformation of a jealous guy into a downright psycho.

This project would have been perfect for Filmio to incubate. Although, at the time we were searching for finance the technology was not ready yet. Early discovery and collective investment and matchmaking will help emerging talent realize similar sized projects seamlessly, piecing together the source of finance in a frictionless environment.

What was it like working with director Carles Torras?

Carles Torras and his team at Zabriskie are talented & professional. Teaming up with Babieka Films shows how positive it is to create the right collaborative culture.

Do you enjoy working on action films, or do you see yourself working in any genre?

We all have different preferences and the fans must be catered to. If Filmio’s blockchain tech allows us to earmark fans for a film and the story moves you, then I’d say go for it. At a personal level, I have a preference for science fiction, action thrillers, and period drama.

Will you ever venture towards producing TV series in the future?

We are absolutely venturing into producing TV series. Via Filmio, we are helping a number of TV series get launched. One example is the case of “Sex Need,” which is written and to be directed by Rebeca Diaz. We are also looking forward to working on a number of mini-series with production companies in Spain, Italy and Serbia. 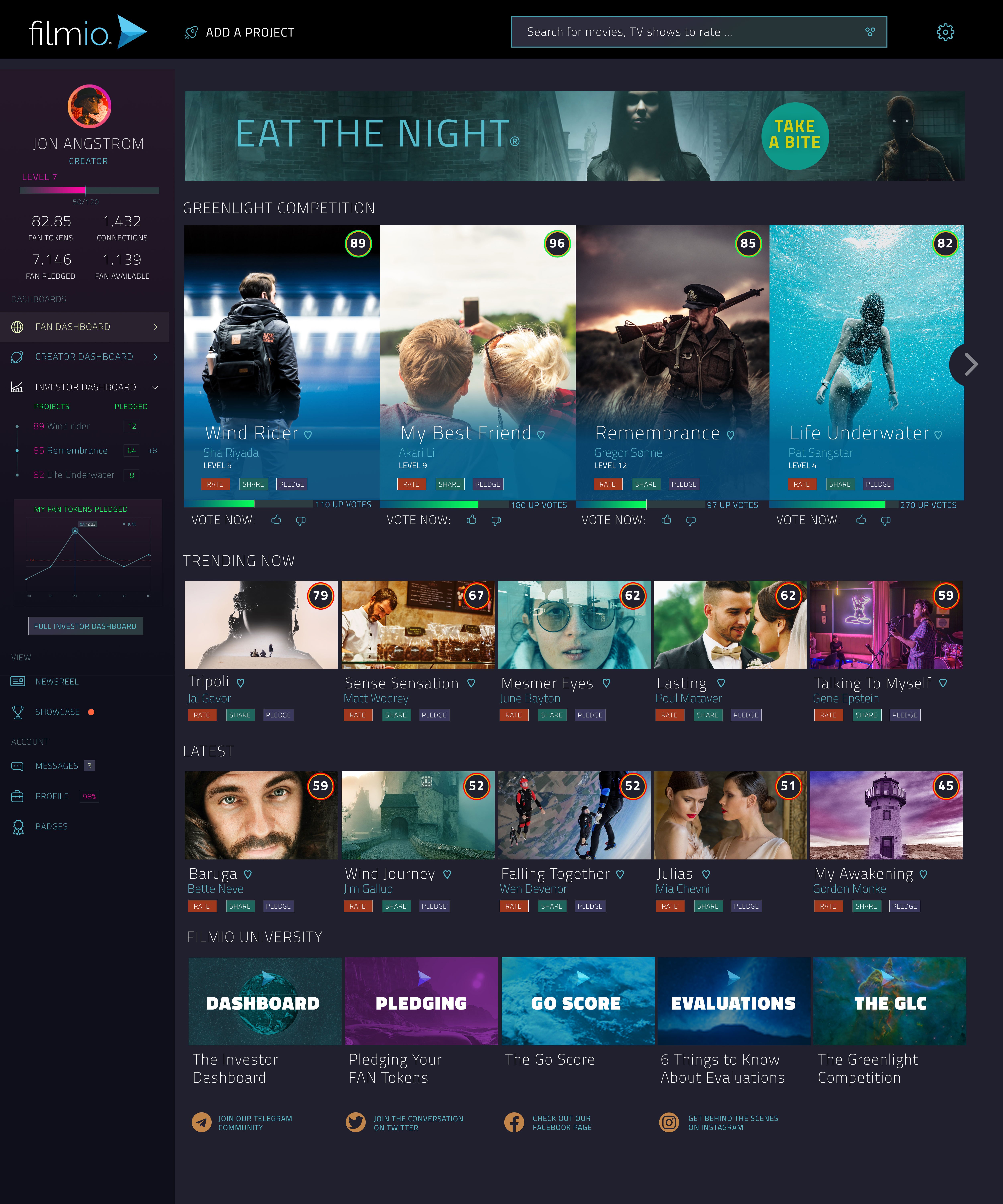 Which director are you looking forward to working with some day?

I can’t currently say which director I’d like to work with because we haven’t gotten Filmio to launch fully yet. But because I really believe that Filmio’s democratization of the film industry will find plenty of gems of directors, screenwriters, and producers, my answer would be a director to be discovered by Filmio down the road.

Currently we are working with Josué Ramos an up-and-coming director from the Canary Islands whose opera prima received numerous accolades and for which the remake rights have been acquired by Chris Hemsworth’s production company.

Film schools such as ESCAC in Barcelona are churning out amazing talent all the time. But most importantly, there are talent and opportunities to be discovered in more neglected areas and communities and we aspire to make an impact there too.

What has been your biggest failure and what did you learn from it?

By the same token, my biggest failure was a success making money in a tent pole film I will not mention, by simply relicensing the rights. It was a failure to me, because I had no meaningful input.

Do you have any advice for aspiring film producers?

Take masses of advice. You will be surprised how much people are ready to help if you approach the problems with the right attitude . . . and be feisty!

If you could watch the same movie for the rest of your life, what movie would it be?

Quite interestingly theatre pieces like Le Diner des Cons never die on me. 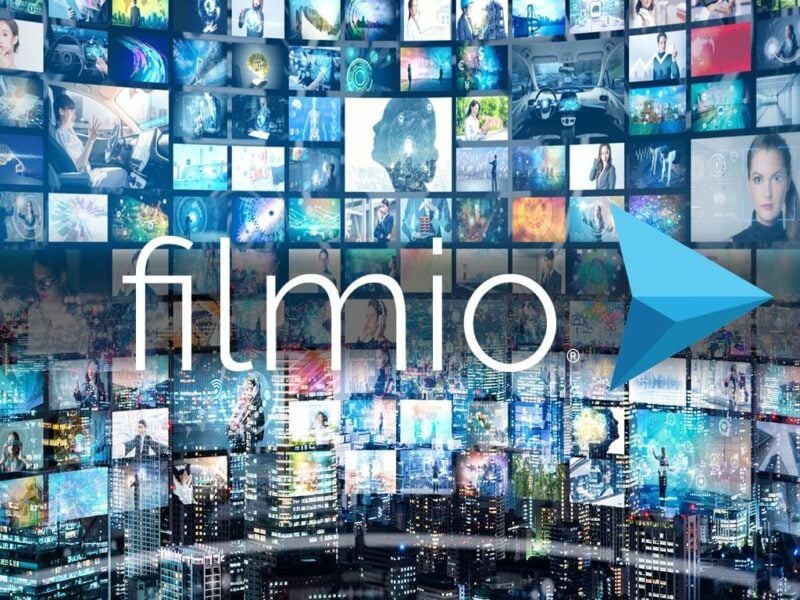