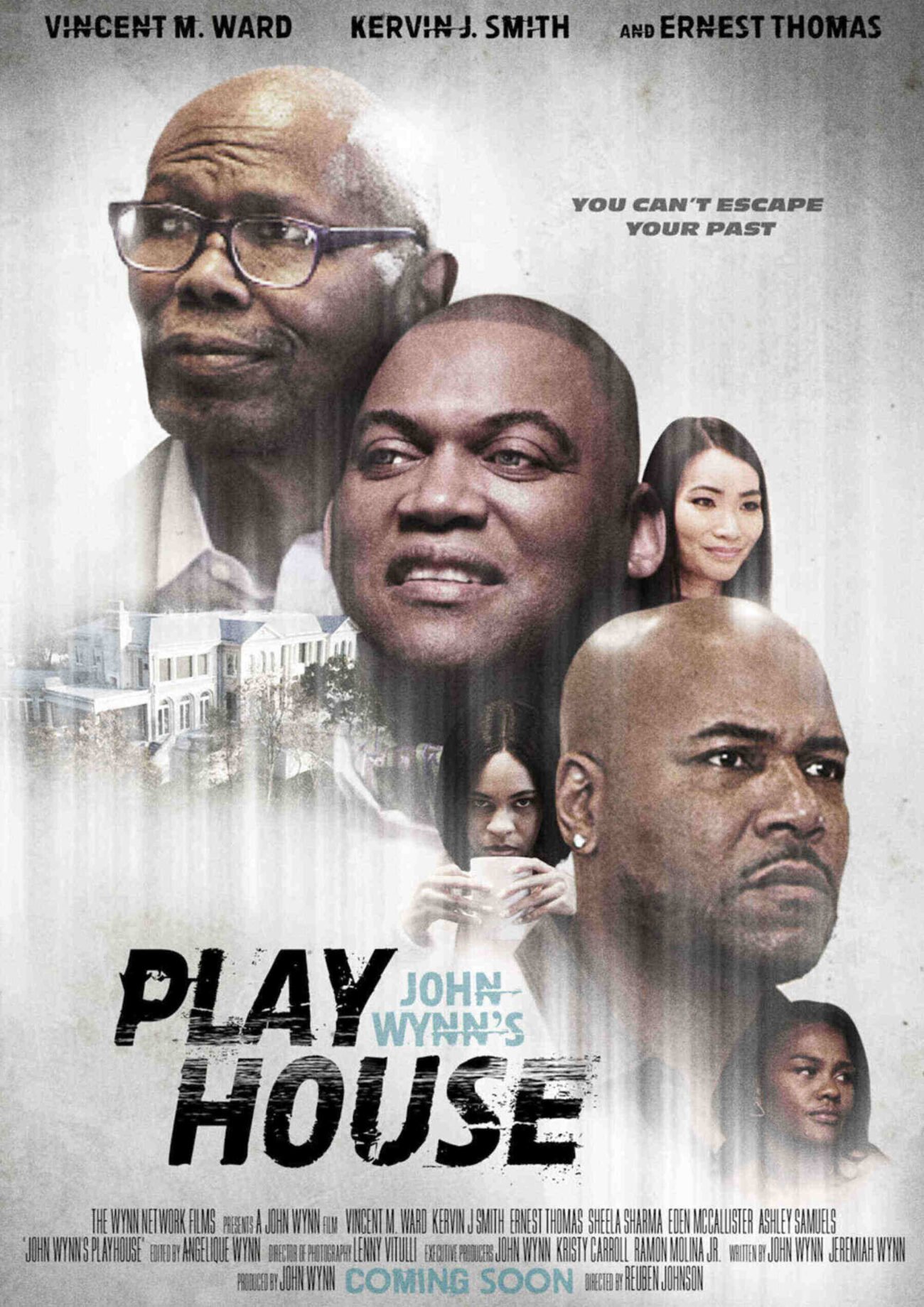 Dr. John Wynn isn’t just a successful entrepreneur. He’s known by many as a producer, author and musician born & raised in Reno, Nevada, who’s inspired people across the globe for the last twenty-years. And with his latest thriller John Wynn’s Playhouse, Dr. Wynn has continued to show his fellow creatives how impressive the art of film can truly be.

John Wynn’s Playhouse may start as a relaxing therapeutic getaway, but under all the glitz & glamor, this beautiful mansion is actually your worst nightmare. Not only does this film provoke fear into the audience, but it’s a reminder that as much as we’d like,  “you can’t escape your past”.

We were fortunate enough to get the inside scoop on John Wynn’s Playhouse by the film’s screenwriter (and owner of The Wynn Network), Dr. John Wynn. So let’s see what the artist had to say. 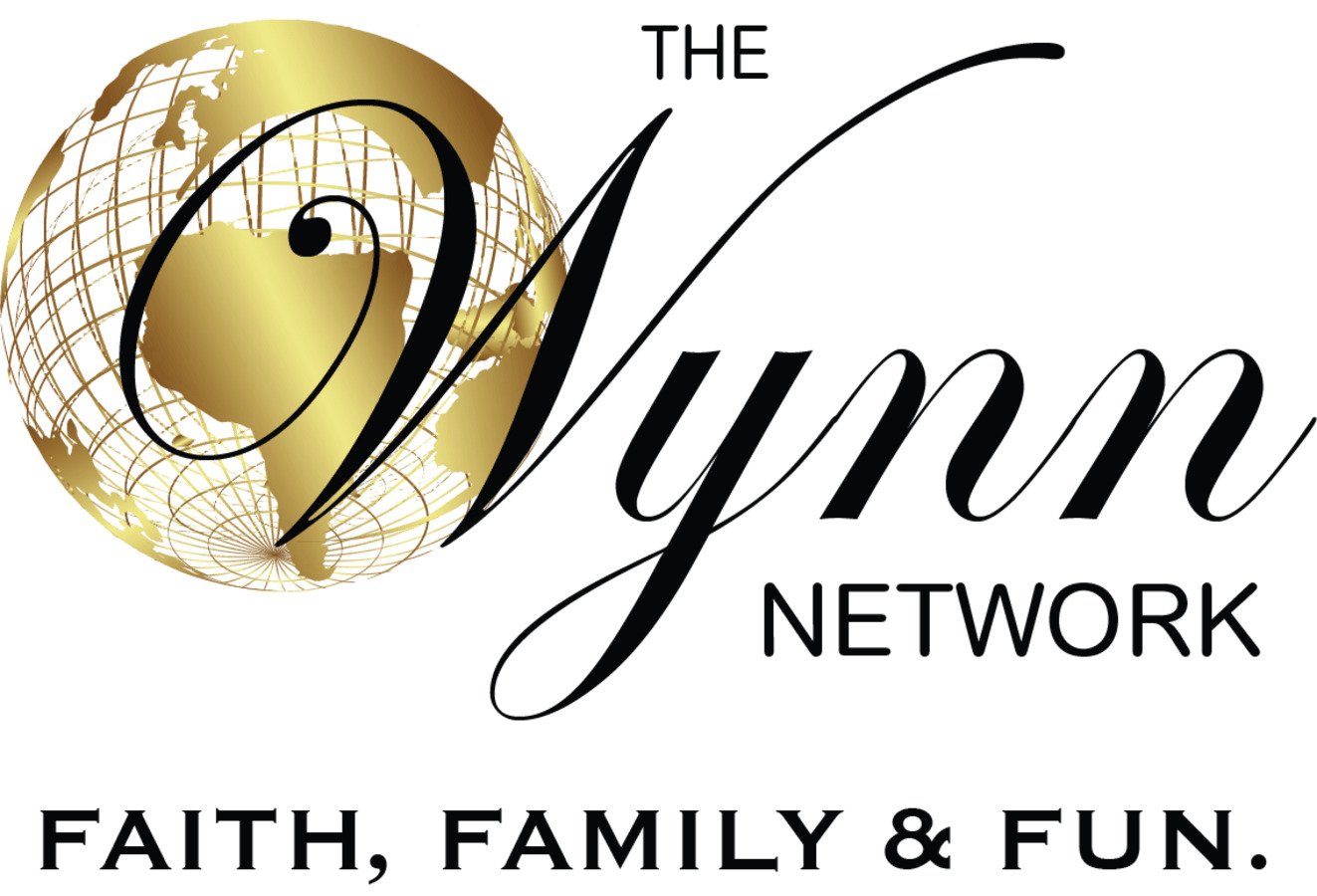 Tell us about your history in entrepreneurship. How did you start your journey?

I have eight sisters and I’m the only boy in my family. Growing up, my sisters would always ask my dad for money to buy snacks at the store or little things they liked, but I didn’t want to have to do that. When I was thirteen-years-old, I began thinking up ideas on ways that I could make money of my own, and one day I thought of starting a lawn mowing business.

From there I started a lemonade stand and when I was fourteen I got my first job at McDonalds. When it was time to grow out of that opportunity, I applied at many different places, but couldn’t seem to land anything. For me, that was a sign that I needed to start something of my own. In my early twenties I started up my lawn mowing business again and began teaching my children about business, ownership and taking pride in their work.

You have various degrees from colleges like Ashford University and the Joint College of African American Bishops. What were the most important skills you took from these curriculums?

Going to Ashford, I studied sociology which taught me the importance of social structures, races and ideologies. This is incredibly important is the work that I do as I am bringing entertainment and inspiration to the world. Some of the things I learned in college are the foundation of what I do each day which is working with others. The Joint College of Bishops taught me the protocol, order and structure of church from the viewpoint of a Bishop and overseer.

The Episcopacy of the church requires various theological studies, liturgical order and insight on how to effectively lead pastors, other leaders and laity. I can say confidently that both curriculums helped further my knowledge in training, developing and inspiring others.

I’ve been blessed to have had several mentors in my life so far. Interestingly enough I didn’t choose them, they chose me. I’m a firm believer that when the student is ready, the teacher appears. I was almost twenty-years-old when my first mentor told my mother that he was taking me under his wing. Preparing for the opportunity sets the stage for the right mentor to approach you at the right time. Using wisdom & discernment can also aid in accepting the right opportunity to be mentored.

You worked as a consultant for over two decades. Did you experience developing curriculums and teaching programs prove useful when you decided to make the shift to television?

Yes and it still is! I’m still developing people, it’s a part of who I am! My life’s work is to develop lives, empower communities and expand ministry & services around the world. Through the curriculums I’ve developed, I’m able to understand people and help them see their full potential. This plans an important role in the films and shows that I create as I’m passionate about bringing forth positive messages and causing audiences to reflect and overcome mental roadblocks.

You launched the Wynn Network in 2017. What was the chief inspiration behind the channel?

I experienced a life-changing moment where I realized the access I’d been given to media, music, and publishing and had done nothing with it. I began to cry because I realized that I allowed my purpose and dreams to be placed on a shelf because of my fears. I embarked on a journey to start a digital platform where I could share my creativity, but even more than that I wanted to provide a platform for others to reach the world. We have the ability to reach 380 million homes worldwide on The Wynn Network through our app on Roku, Apple TV, Amazon Fire Stick, iOS, and Android devices.

What do you enjoy most about running The Wynn Network?

I have the chance to see creativity flow through myself, my team and others. It’s a blessing to witness endless amounts of people be inspired on & off the screen.

You work on the business and creative front. Do you ever find it difficult to juggle both sets of responsibilities?

By nature I tend to function better when juggling multiple tasks at once. It also makes it easier when you have a great team! I find that it can be difficult for creatives to operate from both points of view, but it’s important to have some level of understanding on the business side of things. For example, I’ve worked with writers who have such an incredible imagination and write limitlessly.

Unfortunately in some cases, the budget for a film or television show may require more realistic writing than one with a larger budget. I teach all of my writers this as it is vital to maintaining the integrity of the script, story, continuity, and budget of the project.

You recently wrote and produced the film John Wynn’s Playhouse. How does working on a feature film differ from working on television?

As a writer and producer, the investment in both feature films and television shows are equal. The most significant differences are budgets, length of time working on the project and the size of the cast and crew. All in all, both forms require passion & commitment.

You have made several films with John Wynn’s Playhouse director Rueben Johnson. Can you tell us about your lengthy working relationship?

Back in 2013, I wrote the treatment for John Wynn‘s Mirror Mirror and I told my good friend & his wife about it. My friend’s wife connected me with an old high school buddy of hers who’d happen to start directing after he graduated, his name was Reuben Johnson!

I took a chance and met up with him to share the treatment I’d written for the film. Although I had a feature length film on my hands, I was determined to film a short and move on. When Reuben read the script he was blown away and convinced me to turn it into a feature. From there on the rest was history. I knew he believed in me and I appreciated his work ethic, talent and commitment to doing what he loved.

Have you considered directing a film of your own in the future?

I’ve never considered directing and I’m not sure that I would. My passion is for writing the story and making sure that it’s told from a genuine place. I’m thankful to have an incredible team who has the same heart as me, to convey stories through film.

John Wynn’s Playhouse delves into some intimate themes. Do you find that it’s easier to write and produce a film when you have a personal connection to the material?

What is the main lesson you want audiences to take away from John Wynn’s Playhouse?

No matter what stage of life you are in, you can be healed if you forgive yourself and forgive others.

You’ve released three albums and published two books in addition to your TV work. Which medium do you most enjoy and why?

In my experience, the film industry brings each of these levels of creativity together. Film is a place where music, publishing and film collaborate to tell a story in a powerful way. It’s exciting to see them all come alive.

Working with family is great if you keep things in perspective. I try to teach my children that although we are family, it’s important to respect one another, be fair in business, remain professional and perform with excellence.

Is there a facet of show business you want to attempt but haven’t done so yet?

I’m content with the role that I play. It brings me joy to see every moving part of production executed by people who have trained, studied and work hard to do what they love. For me, that means overseeing projects and the organization as a whole. From the position I hold, I’m able to ensure that everyone is able to work to create a meaningful experience.

What has been your biggest failure? What did you learn in the process?

The biggest mistake I made was not paying attention to detail with my first production. I am a firm believer that you pay for what you don’t know and sometimes that means financially, other times that’s in the experience gained through learning hard lessons. I’m thankful for what I learned in the process which was to be more aware of who I’m hiring for my team, keeping things organized for shoots, making sure all shots are captured, and fostering a creative environment for everyone to flow.

Having the opportunity to work with my family is a success to me.

We’re actually starting production on a film that is very loosely based on my life and my relationship with my father. My father was the first African-American on the Governor’s cabinet in the state of Nevada under Senator Paul Laxalt. He accomplished some really amazing things and created job opportunities for people in the city of Reno. I’m proud of the work that my father did, but I wasn’t fully aware of the impact that he had until after he passed. In this next film we’re going to dive into his life and share a bit of his story. It’s very exciting!

What advice do you have for aspiring entrepreneurs?

In the words of Winston Churchill, “Never never never give up.”

What is your ultimate goal as a storyteller and entertainer?

I want to see The Wynn Network as well as my original films & TV shows inspire & encourage people around the world for generations to come.