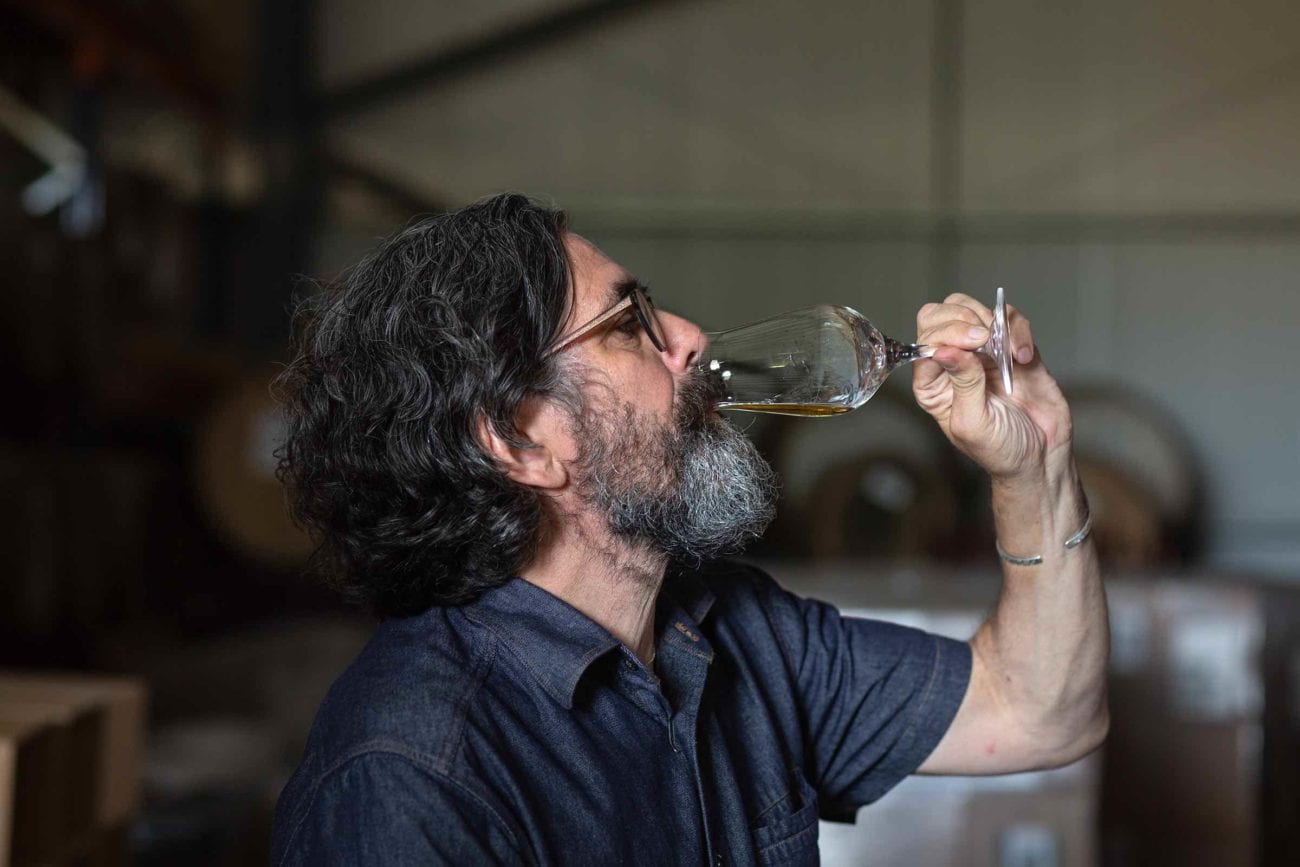 Adam Park interview: The world of Scotch in ‘The Amber Light’

Scotch whiskey may be hitting its heyday, but it still feels like a throwback. When world-renowned spirits writer Dave Broom begins a quest to gain a deeper understanding of his national drink, The Amber Light brings us along to explore the lesser-known parts of Scotch whiskey culture.

Traveling from Glasgow to Islay, The Amber Light follows as Broom has a chat with everyone involved in the creation, distribution, and consumption of whiskey. Meeting with farmers, distillers, and bar owners as well as artists, poets, and musicians, Broom unpacks the myths and half-truths around Scotland’s preferred liquor and brings the funny, offbeat and surprising truths to light. 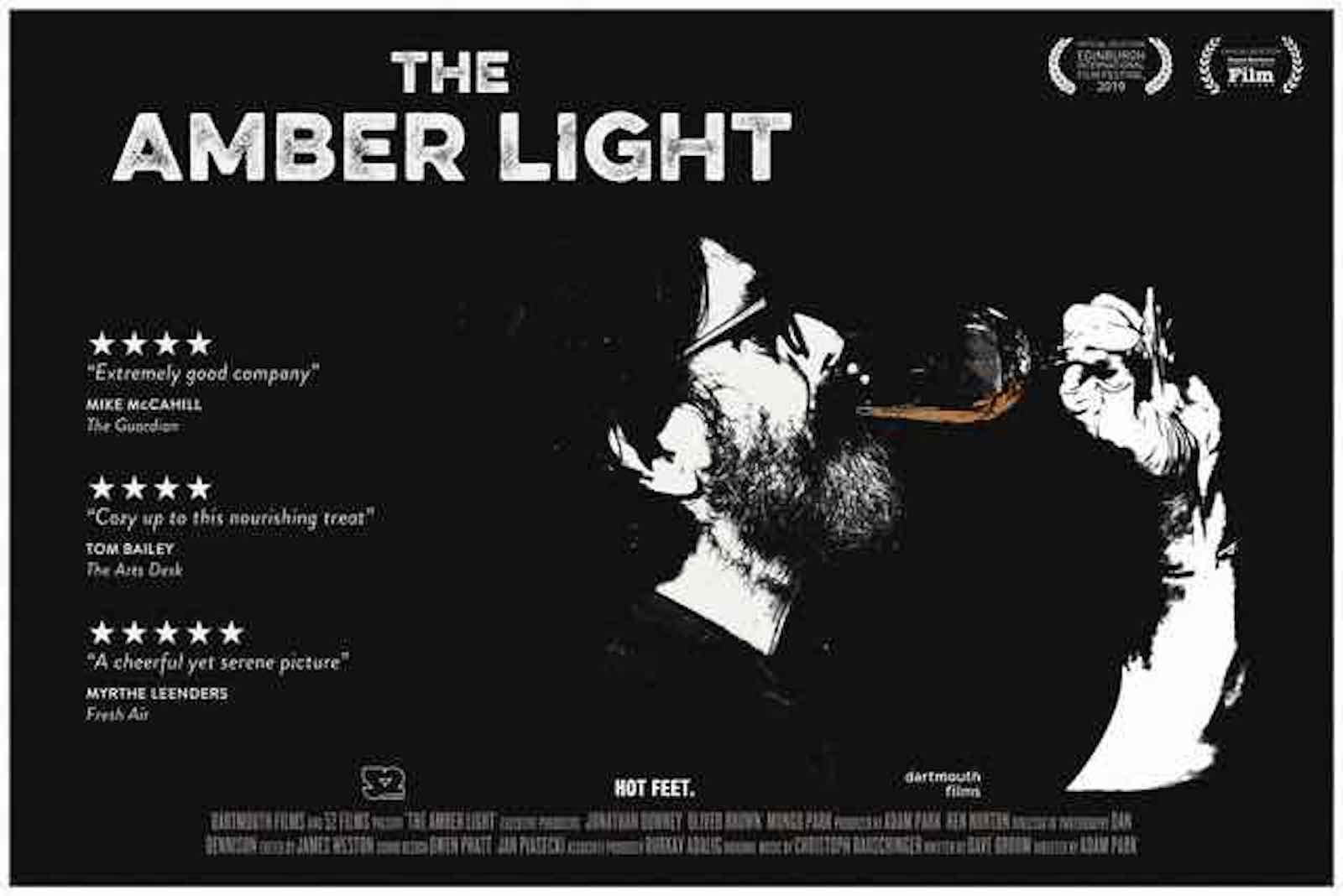 The Amber Light shines on whiskey

From its world premiere at the Edinburgh Film Festival and release across the UK and Ireland, this US Premiere The Amber Light traces the origins of whiskey and shows how it is an integral part of a wider Scottish culture, rather than just a product. From its roots in the land and medical practice to today’s farmers and distillers, and onward into pubs with musicians and artists, The Amber Light explores the many sides of Scotch in this lyrical, lush, informative, and yet still intimate film.

The story of whiskey may seem a familiar one: a country’s gift to the world, from humble beginnings to global dominance in an unwavering line of success. But Scotch’s true story isn’t that linear; it’s discursive, much like Scotland itself. It speaks of place and people, poetry and song. The Amber Light tells that story.

The Amber Light is making its US Premiere at the Santa Barbara International Film Festival. Tickets and screening times can be found here. 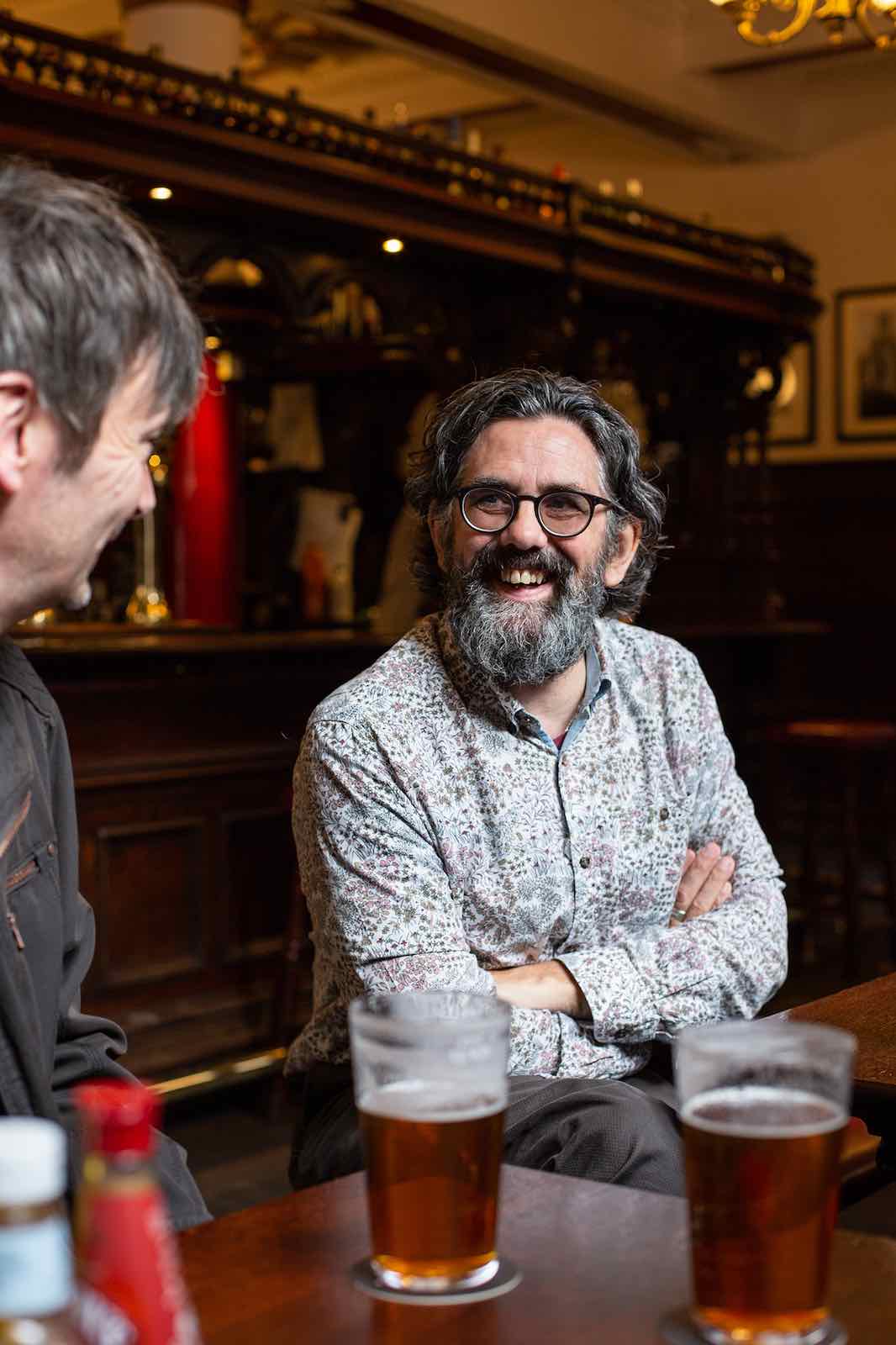 Director Adam Park knows a great story when he sees one

Co-founder of both The Gannet, an online magazine exploring people’s lives through food and drink, and the London video agency Blueprint, Adam Park is a filmmaker with over 15 years of experience as a director and producer.

His filmmaking experience alongside his work with the editorial food & drink content of The Gannet makes him the perfect director to tackle The Amber Light. He has over 50 broadcast & online production credits including documentaries (short & long-form), commercials and branded content. 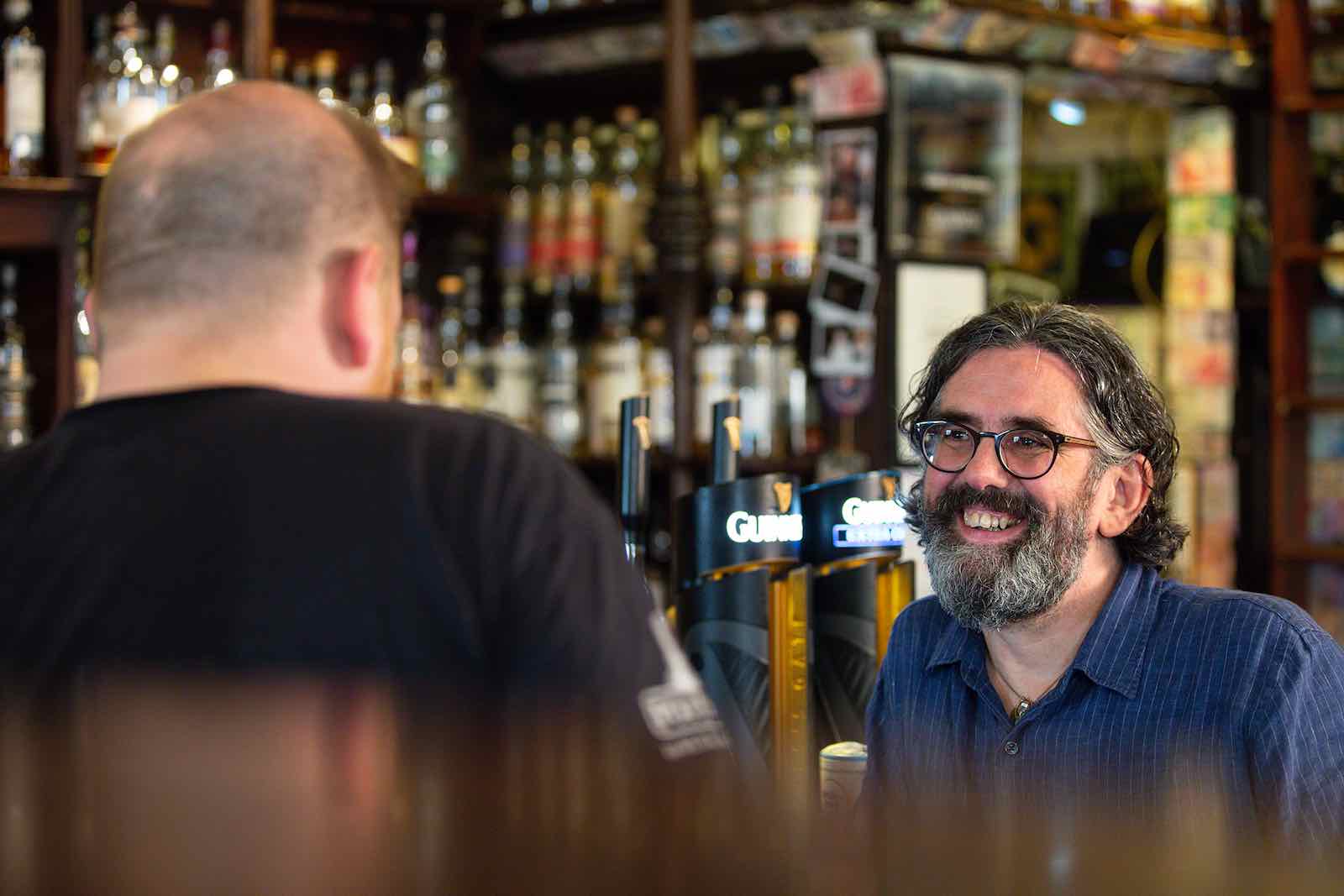 About the origin of  The Amber Light, Adam explains, “As might be expected, the inspiration for this film came after a rather enlightening evening spent with Dave Broom at his home. I had visited him with the intention of making a shorter documentary, but as I less-than-elegantly made my way home on the train I was utterly certain that there was a wider and weirder story to tell about whiskey, a wilder story than people were probably aware of.

“Exploring what people eat and drink provides a lens to explore culture, history, and people. I believe that whiskey does this in a uniquely powerful way – and I think this was a story that Dave had been waiting to tell for some time.

“As it moved along, we were able to draw out all the cultural touch-points you see in the film: musicians, distillers, alchemists, writers, farmers, artists, barmen, smugglers and the landed gentry. They all have a role to play in the story of Scotland’s national spirit.” 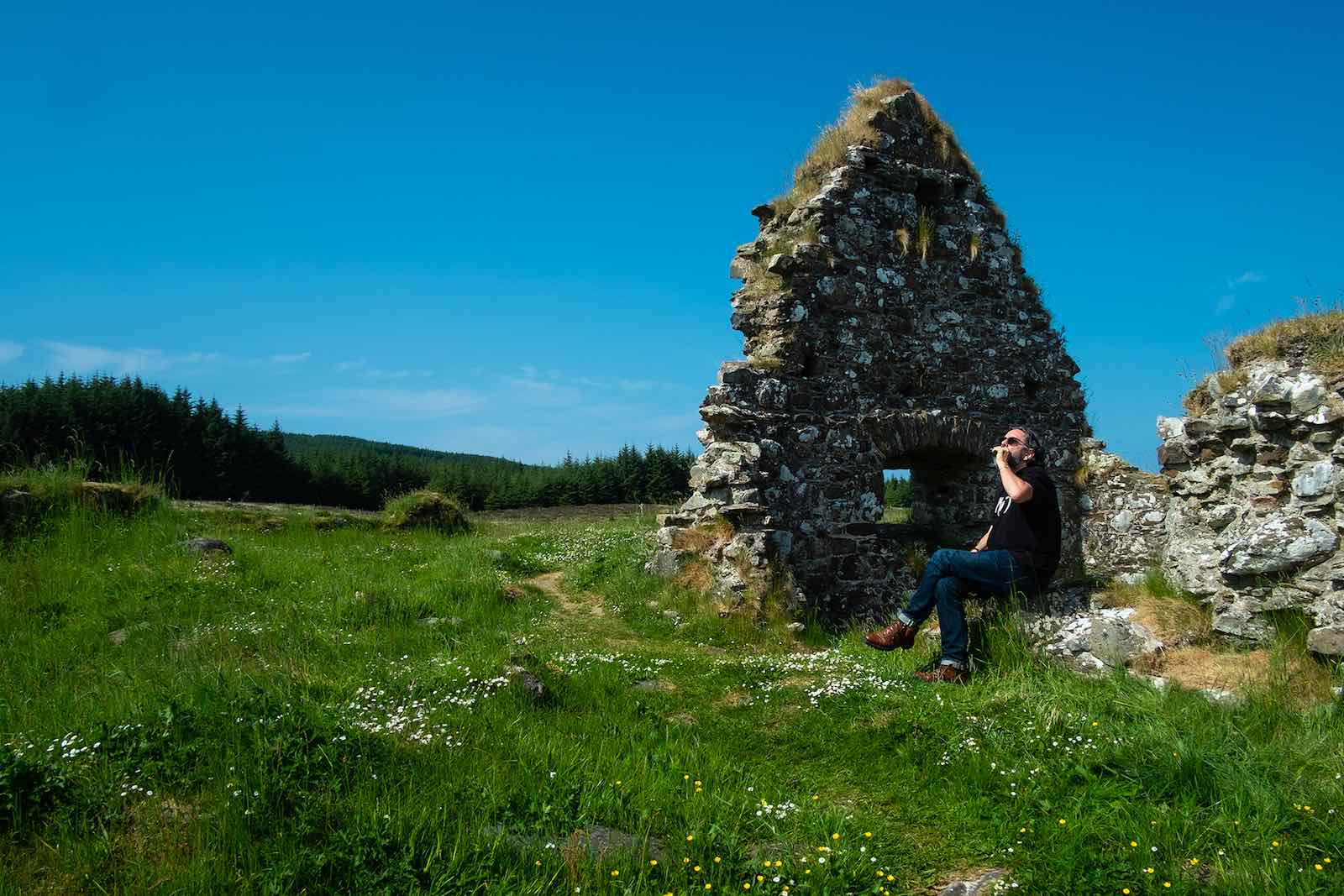 After a successful run at the Edinburgh Film Festival where The Amber Light was nominated for the best documentary feature film, the movie has been racking up critics’ accolades. Mike McCahill of The Guardian describes the film as a “Warming treatise on whiskey’s liquid gold…extremely good company”.

Additionally, Tom Baily from The Arts Desk commends, “The Amber Light takes on a lot of material, but it succeeds in unifying its own base elements. Every case study presents a unique story that also contributes to the communal narrative.” 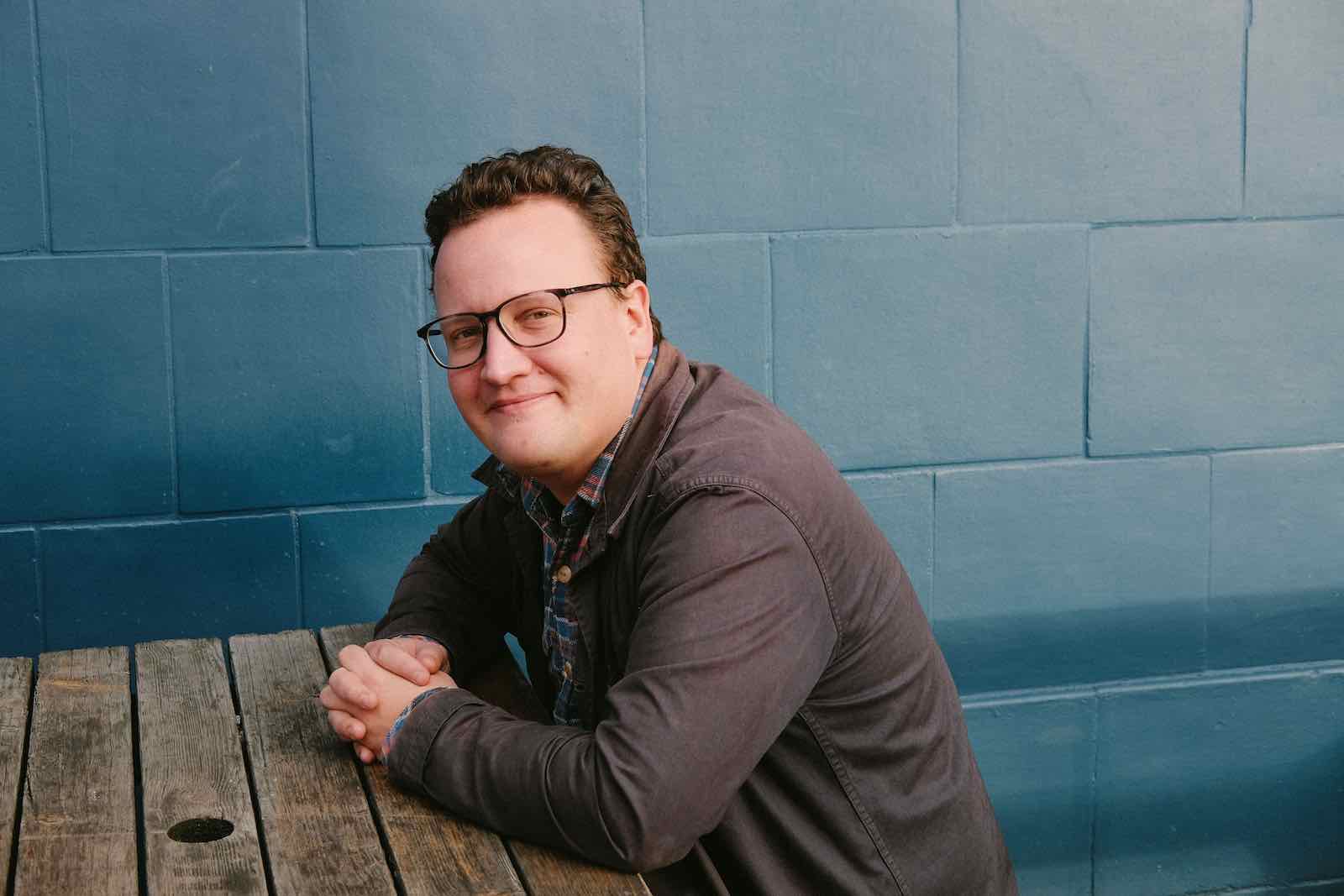 Filmmaker Adam Park tells us everything we want to know from his 15 years as a director and producer.

A deeper dive with Adam Park

We had the opportunity to learn the answers to our ever-burning filmmaker questions from the brilliant Adam Park. We always want to know more from those who can build a documentary out of a conversation, so we got the scoop from Adam on everything filmmaking and beyond.

Hmm… always wanted to tell stories. Watching films like Badlands and Chungking Express in my late teens really drove me into film, so I moved to London, took any production job I could whilst studying in the evenings, and started making small films and helping out on other people’s projects. Documentaries have always been a particular interest and I’d had one or two attempts to make a feature in the past that failed for one reason or another, but this one had legs, thankfully! 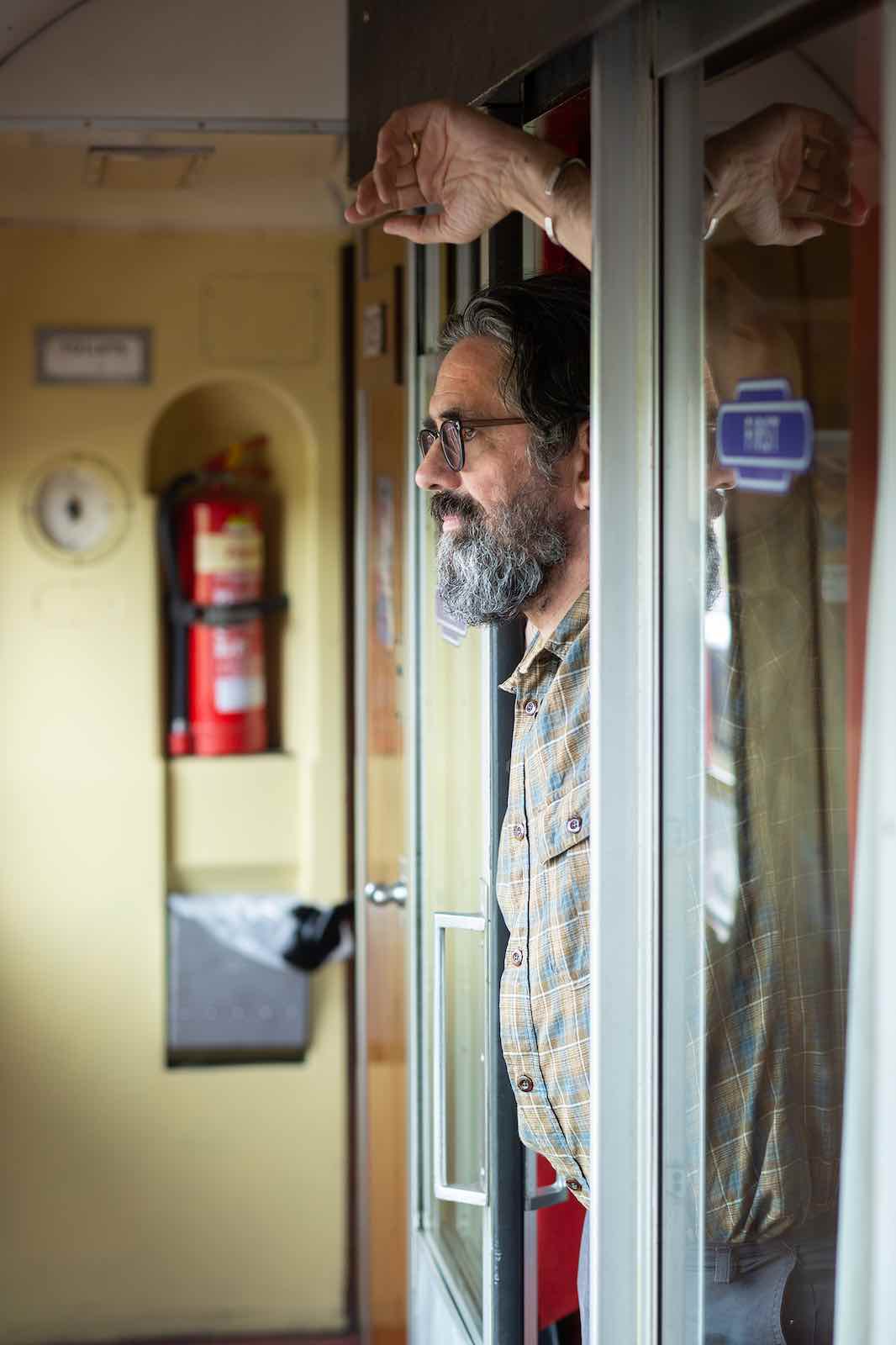 Right at this moment, on the documentary side, probably Ken Burns. But I think we’re in a bit of golden age for documentaries, with so many unique stories being told. So when I see a film like Honeyland and the majority of docs winning awards, I’m never not inspired. On a more broad filmmaking level, Mark Jenkin’s Bait from the UK was a really unique piece of work that has really stayed with me.

Schitt’s Creek, Watchmen, The Virtues, BBC Northern Ireland’s Spotlight on the Troubles, Cracker (that’s an old British police drama but I’m quite evangelical about it). 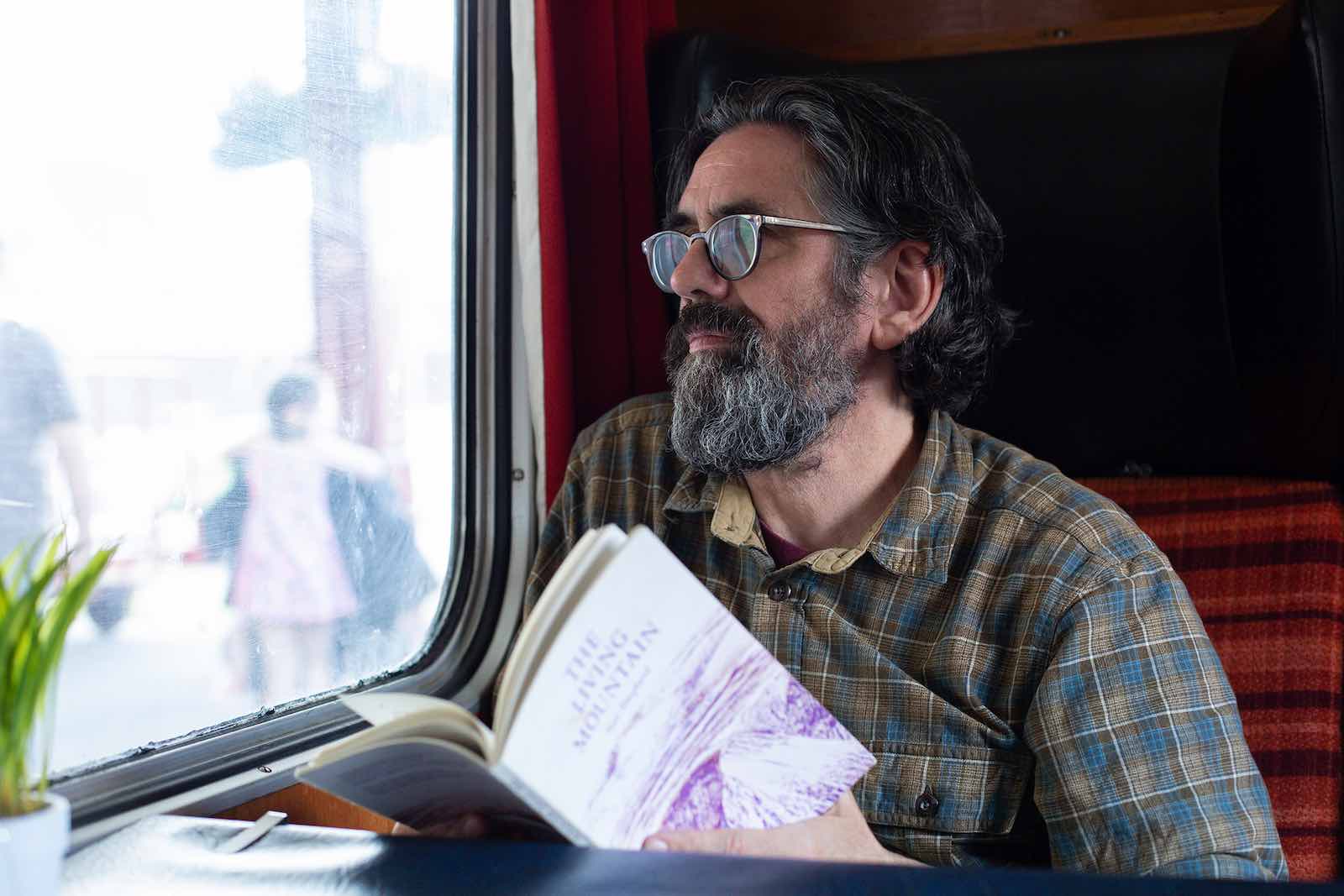 How was working on The Amber Light? What did you learn from the experience?

A huge amount. I think most importantly is to trust your instincts – they’ll let you down far less than ignoring them will. And always listen to advice, but be careful what advice you take (refer to the previous point).

I worked in music for a brief period – a small record label, managing acts, arranging gigs, some djing. But I’ve been working in production in one way or another since I was about 21. 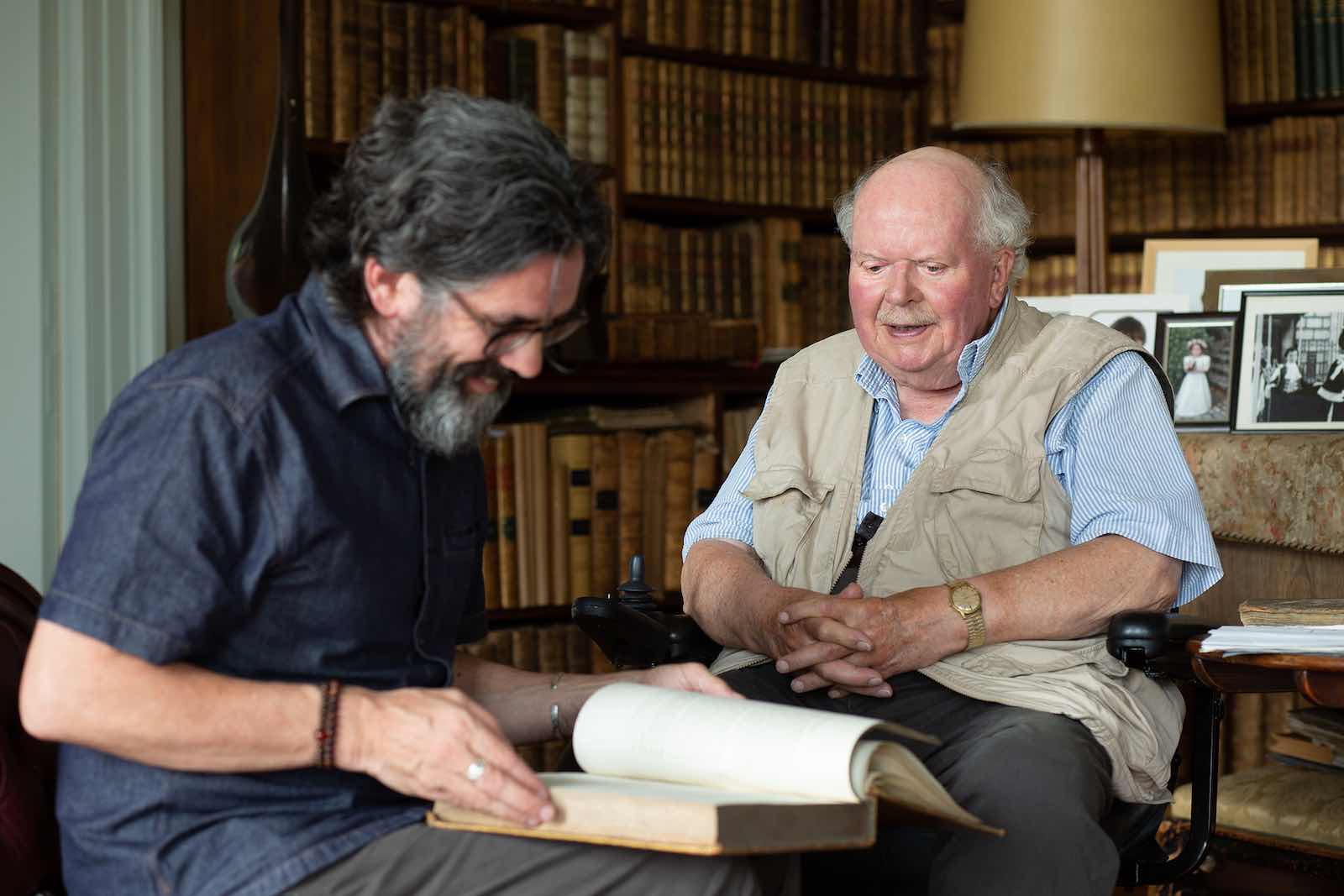 Where did the concept come from for The Amber Light?

After a long, boozy, music-filled afternoon spent with Dave Broom, writer of The Amber Light.

Music I haven’t heard before.

I guess I just embrace my geekiness – allowing myself to get a bit consumed by it. Seclusion, at least at the beginning, is important too. 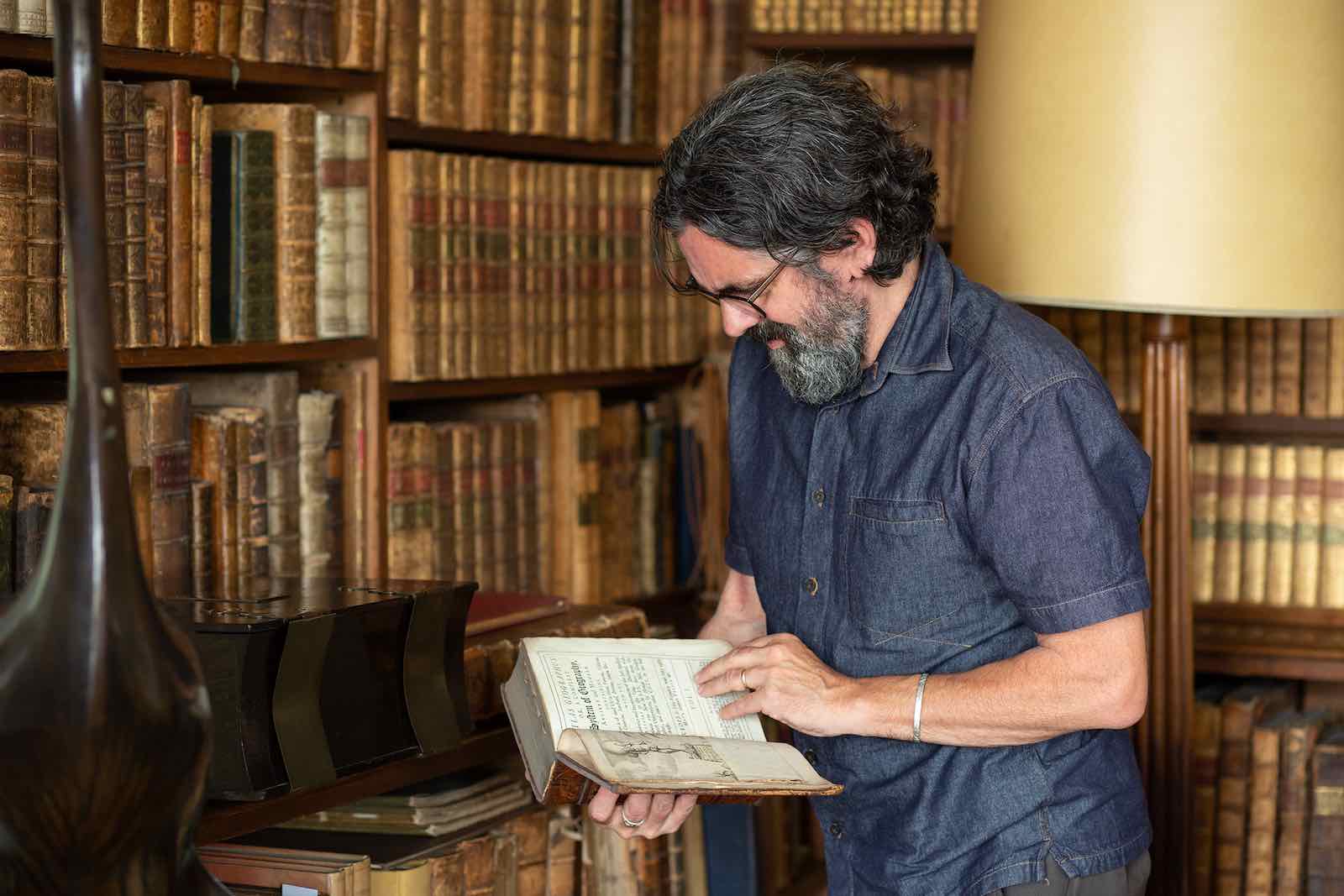 Don’t let the bastards knock you down. And don’t be afraid to let yourself be influenced, or riff on your influences: everything has already been done, really, so just make sure you’re trying to put a new spin on it.

Concept development. Immersing myself in the world we’re trying to create. In actual hands-on production, it’s probably the detail of marrying pictures with sound.

It’s. . .tricky. And probably unduly stressful. But no doubt I’ll do it again.

Eek. Maybe something by Bela Tarr (Satantango is 9 hours long). 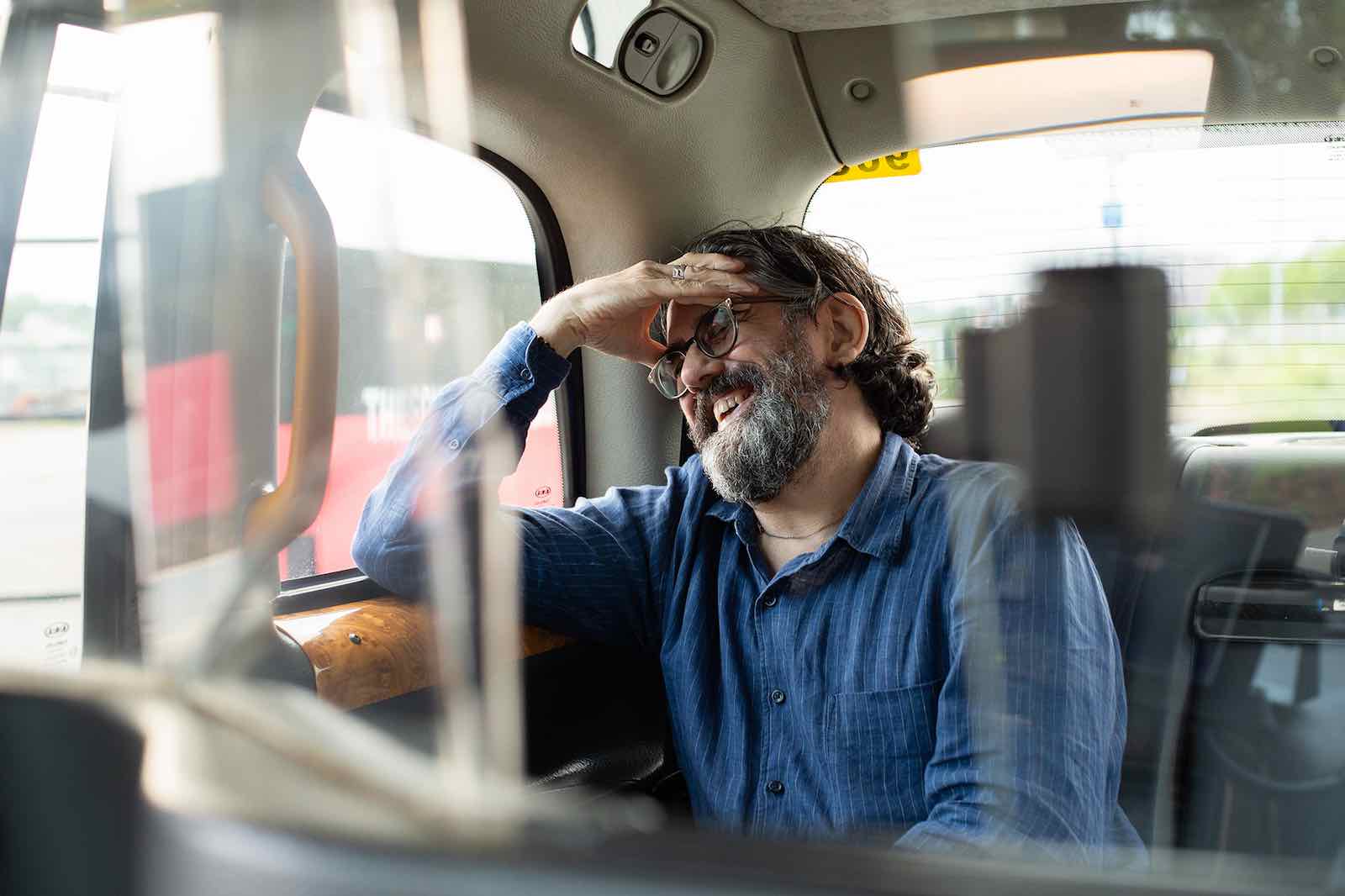 I’ve enjoyed working with Dave Broom immensely – he’s a man of many parts – so hopefully that collaboration will continue. I have another one or two other projects that are quite exciting as well.

I’ve been lucky to have had a few mentors, who I’m still really close with. I met them almost all over a pint, I think.

I’d like people to be moved, to be inspired to come out of the film and want to find out more – to find a new passion in their lives.

Working with other, brilliant people, and having their support.

Hadn’t thought about it – it would be lovely though.

Raging Bull. What an audience hears is as important as what they see.

Can’t make it to The Amber Light’s US premiere at the Santa Barbara International Film Festival? You can follow the film on Twitter, Facebook, and Instagram to find out when it’s showing near you.