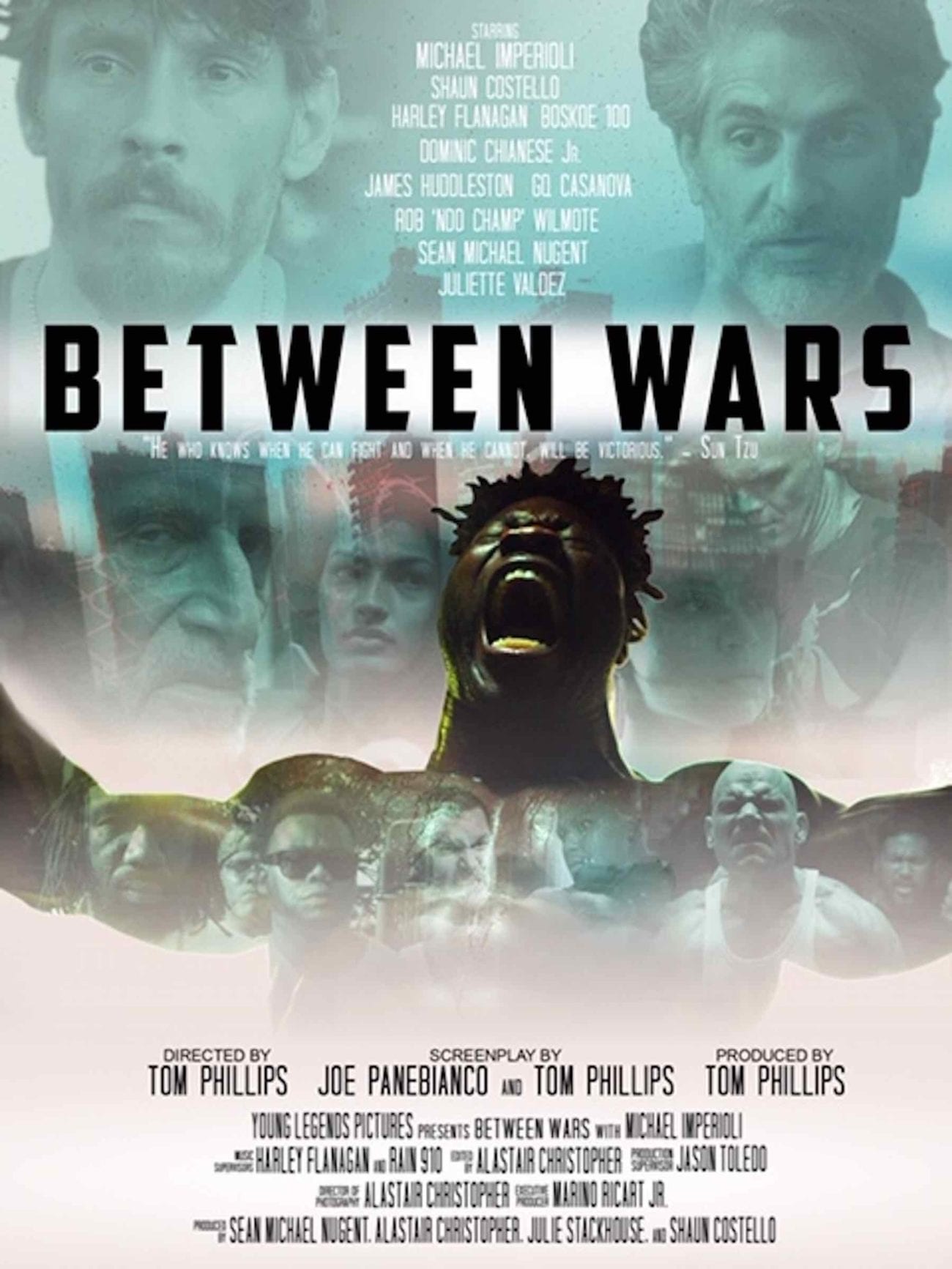 Punk music lovers will see a familiar face in the Sundance lineup. Cro-Mags frontman and founder Harley Flanagan is making his feature film debut scoring the soundtrack and starring opposite Michael Imperioli in Between Wars.

Coming off a stellar year that saw Harley Flanagan release new music, tour with The Misfits and overseas, finalize a new full-length record and scoring the music for this film, Cro-Mags’ Harley Flanagan’s star continues to rise with his role in Between Wars. Get a taste of the film with the trailer here:

Between Wars takes an intimate look at the struggle of re-entering civilian life post-combat. Following veteran Marine Franny Malloy (Shaun Paul Costello) as he struggles with integrating himself back into civilian life after returning from the war in Afghanistan.

First-time feature director Tom Phillips gives us insight into the film, “Putting an emphasis on societal issues and human conditions at the forefront of our daily lives, Between Wars leaves us looking at ourselves with a deeper lens.” 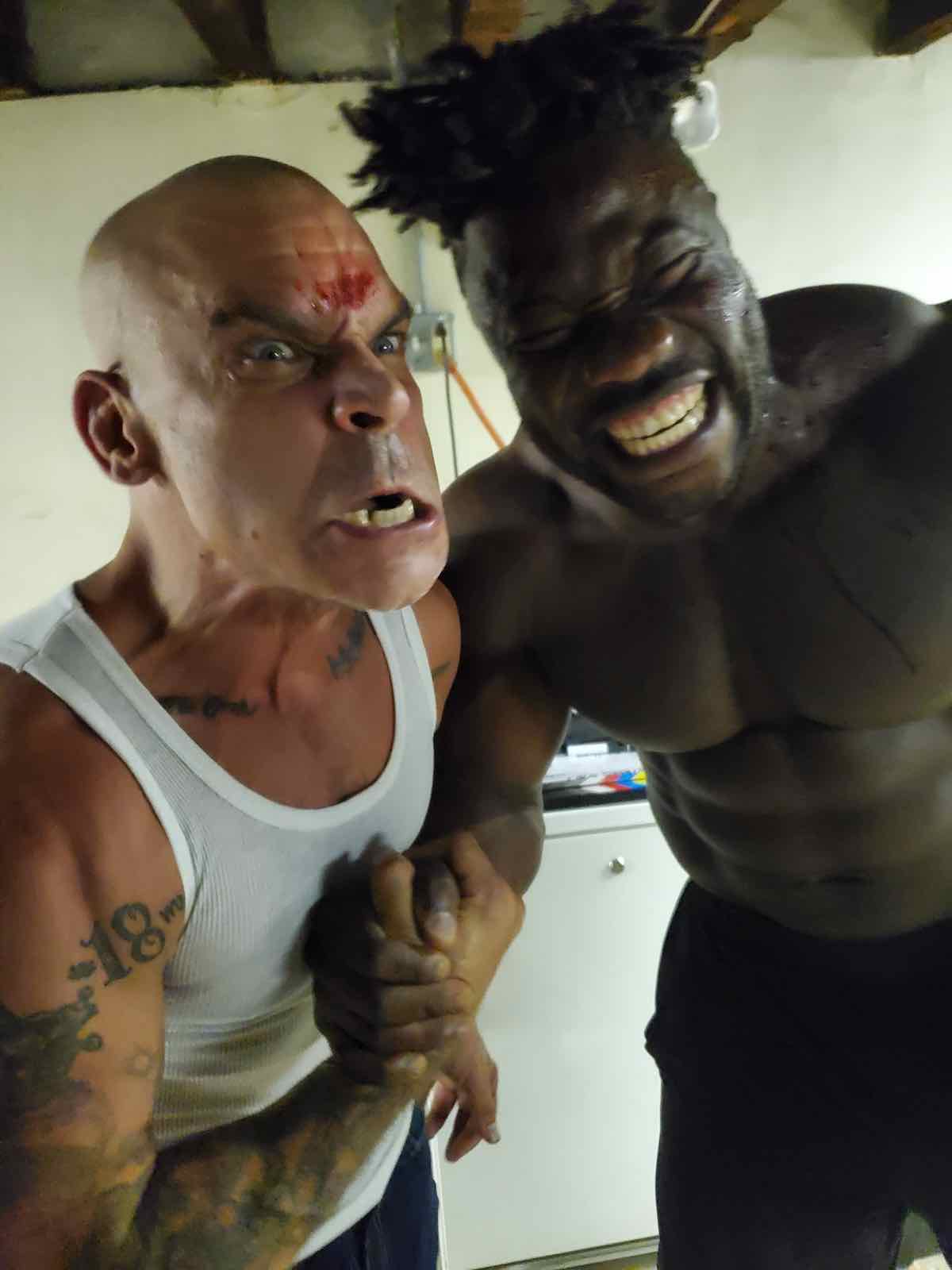 The film also takes a unique approach in-camera technique, led by Emmy award winner Director of Photography Alastair Christopher, giving the audience the feeling that they are walking in the characters’ shoes, and blurs the line between real life and the fictional lives on-screen.

To learn more about Between Wars, including when you can catch the movie near you, follow Between Wars on Facebook, Instagram, or by following the film’s official hashtags: #BetweenWars #BetweenWarsMovie.

“Harley Flanagan’s incredible story is not just the history of New York hardcore, of which he is a founding father, but a history of New York itself,” wrote the late Anthony Bourdain for the cover of Harleys recently published memoir, Hard Core: Life of My Own.

Raised in Europe and on New York’s gritty Lower East Side among the legends of punk and new wave, Harley began his own musical career at age 11. Harley was soon performing at legendary hangouts like Max’s Kansas City and CBGBs as the drummer for the classic NYC Punk band, the Stimulators.

By the early ’80s, Harley founded the seminal Hardcore band, Cro-Mags, writing the majority of their music and channeling his powerful survival instinct into the blistering soundtrack and storyline for the ’80s and ’90s. In March 2019, Harley was featured in Punk, a four-part docuseries on EPIX from executive producer John Varvatos and punk music legend Iggy Pop. He’s also played himself and other punk characters in films and TV. 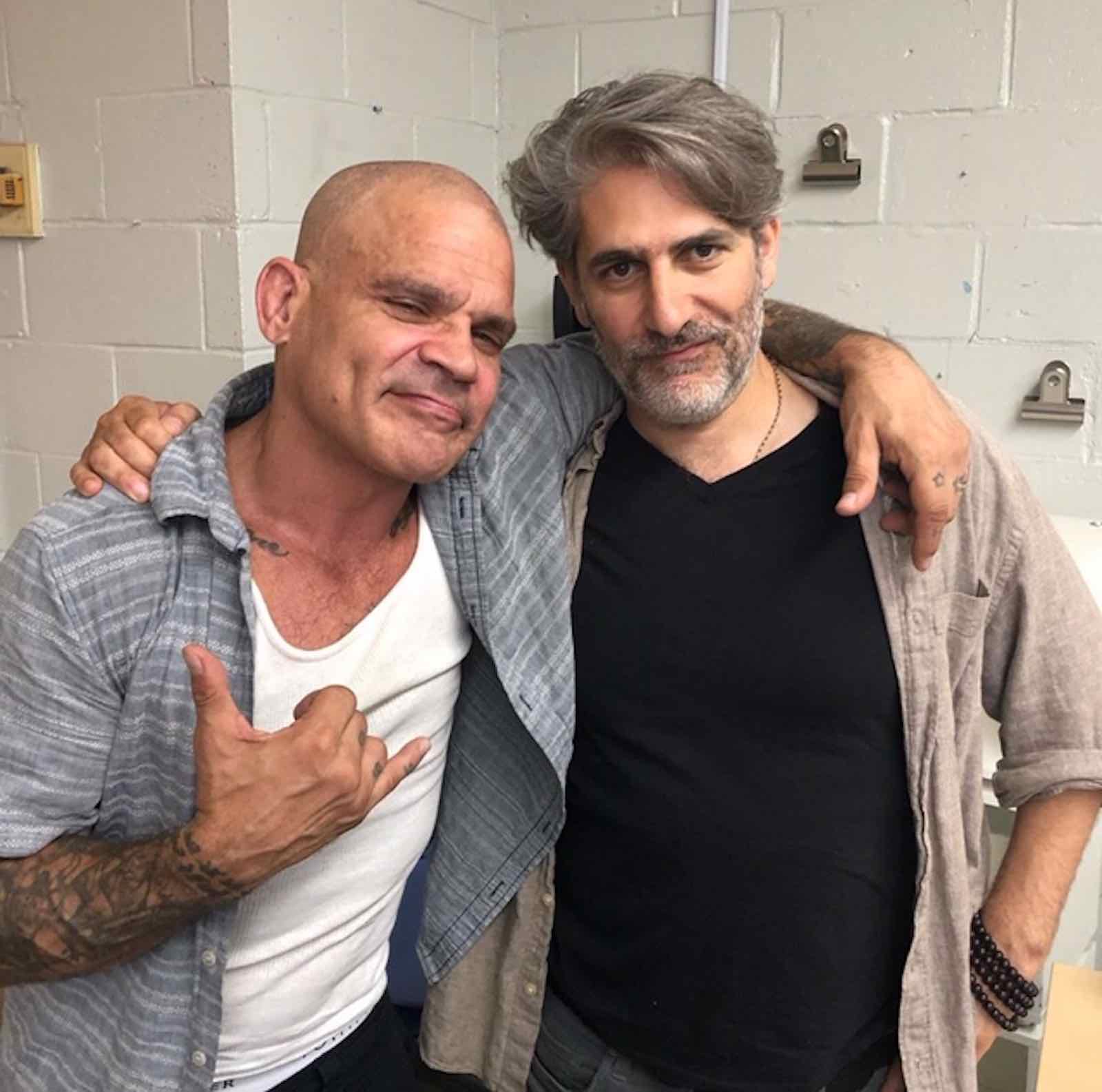 Harley is more than just an icon in the punk scene. He’s a strong and visible advocate for mental health and an inspiring voice for PTSD. A loving father, devoted husband, and outstanding friend, Harley Flanagan is in the process of creating a foundation that supports animal charities and underprivileged kids.

Harley Flanagan is also a second-degree blackbelt under Master Renzo Gracie and has been a BJJ practitioner since Renzo first arrived in New York in the mid-1990s. He has been teaching–and now directing–the kids’ program at Renzo’s flagship academy in NYC for the last 10 years.

The punker turned actor Harley Flanagan has such an intriguing life and perspective, we wish we could have asked him hours of questions. As he’s completing the first Cro-Mags album in 20 years, he’s taking his career into a new place.

As Harley explains, “I feel stronger, happier mentally, spiritually and physically then I have in years, and in helping bring this film to Park City, I am looking forward to the future.”

Both laugh-out-loud funny and refreshingly humble, Harley Flanagan shared even more of his insight with Film Daily, discussing music, acting, and new opportunities. We can’t wait for more of Harley Flanagan.

The first thing that I acted in was Blue Steel with Jamie Lee Curtis. I was an extra, I didn’t have any speaking lines, so it really wasn’t acting but that was my first time on the big screen. I don’t even remember how I got the part, but Jamie Lee Curtis was really nice and it was a lot of fun hanging out with her. It was a great experience.

I never pursued acting, music was always at the forefront of what I was doing, it was kinda accidental that I got this part. I wasn’t trying to get any acting gigs, this one presented itself to me and knowing that Michael Imperioli and Dominic Chianese Jr were in this I felt “how could I go wrong?”. I had to at least try. I knew people would watch it just based on the fact that some of the people in this movie are seasoned and well-respected actors; so I figured I’d take a shot.

Joaquin Phoenix, Daniel Day-Lewis, Christian Bale, there’s a lot of actors that I like, but I don’t try to emulate any of them, because that’s not really my gig, I love what they do, they really get into their characters, they really transform themselves. I don’t see myself being able to necessarily transform myself, but I think those are great actors.

To be honest, I have no idea, I really don’t watch very much TV.

I love both. I always thought I was more of a dog, it turns out I am more of a cat; who knew?

What was the one movie you saw that made you want to become an actor?

There really was no movie that I saw that made me want to become an actor; this was all by chance, and I’m enjoying it.

How was working on Between Wars? What did you learn from the experience?

It was a lot of fun. They’re a very dedicated, hardworking group of people; and that was very inspiring.

What music (other than yours!) inspires you to create?

More than I could name right now. I listen to a wide variety of music.

Talk us through your creative process as a writer, musician, and actor.

I try to speak with my own voice, try to connect to the audience and be as honest and truthful as I can with what I do. That’s really the only way I know how to do it.

I really don’t have any tips, I am a new actor.

What part of your work as a creator do you geek out about the most?

The finishing details… at least that is a big thing with my music, ultimately, I have to settle, knowing that you’re always going to look back in hindsight and say, “Aww I should have done this differently, I should have done that”– so you have to just use that same creative fire to move forward into the next project. Whatever you learned in the previous, you can apply it to the next.

I do not know; it’d have to be a very long movie.

Whatever presents itself. I have a new record coming out soon, and I am always open to opportunities that come my way. My team is working on a documentary based on my life at the moment as well as a scripted series. I am not sure how involved I will be other than behind the scenes, but again, I am always open to opportunities that present themselves.

I don’t know if you can find them, I think you just know when you have found them. Seeking them out may not necessarily be the best way. All I know is that the people who have influenced me the most came into my life accidentally… or by forces beyond my control.

According to my wife, it’s being too trusting, but at the same time, I feel like if you don’t have the ability to trust, you can’t really make progress.

What’s your passion as an actor? Name the most important thing you want viewers to experience when watching your movies.

My passion as an actor—to try to make it real. The most important thing I want viewers to experience while watching my movies… well, I haven’t been in enough movies to answer that but, in this particular movie, Between Wars, I want them to feel uncomfortable; maybe a little nervous, like they don’t know what to expect.

Staying alive as long as I have.

If the opportunity presents itself, it would be a lot of fun to take a shot at it.

I stick to 5-day plans. 5 minutes is hard enough.

What artists should be on our radar?

What artists should be on my radar? That’s my question to you.

There are several but I think the one that influenced me the most, for a number of reasons, was A Clockwork Orange; which I saw when I was maybe 13 years old, with Adam Yauch from the Beastie Boys, tripping on LSD for the first time.

I think I would have to do that.