Straight outta Compton, director Donta Storey has been a creative force since childhood. The oldest of six, they had to be creative to keep their siblings entertained, but fell in love with creativity from that moment on. Their creativity changed forms over the years, with an interest in the performing arts, but quickly Storey figured out they wanted to be a storyteller and wear all the hats.

Their short film LiME tells the story of how they found their voice through oppression. LiME almost acts like a letter to Storey’s younger self, helping them process the trauma of their childhood. Wearing all the hats, Storey stepped up as the film’s director, producer, writer, set and costume designer.

While Storey is already moving onto the next project, those ready to experience LiME can check it out when it comes to Amazon Prime March 31st. In honor of the big release, we spoke with Storey about their journey into filmmaking and how it was making LiME. Be sure to check out Donta on Instagram and Twitter.

I became a lover of film at a very young age. I remember being more interested in the behind the scenes clips on the DVDs and wanting to understand how movies were made. I’m a big fan of campy horror flicks, and I remember falling in love with Wes Craven’s Scream. I think that was one of the first movies I wish I would’ve made.

After spending most of my life chasing down opportunities I realized that I had the power to control my narrative. I began writing more about deciding to produce and direct my first film, LiME in 2019.

I have so many things that influence me. In terms of film, I gravitate towards the works of Spike Lee, The Coen Brothers and I love what the Safdie Brothers, Robert Eggers, and Issa Rae are doing in terms of storytelling. Outside of filmmaking, my community influences me. There is so much to learn from the people around you. I love my people and I can’t wait to include us and write and tell stories that continue to put us at the forefront.

HBO’s Watchmen, ShowTime’s Kidding, Curb Your Enthusiasm, Shrill on Hulu, and the last season of Bojack Horseman on Netflix. 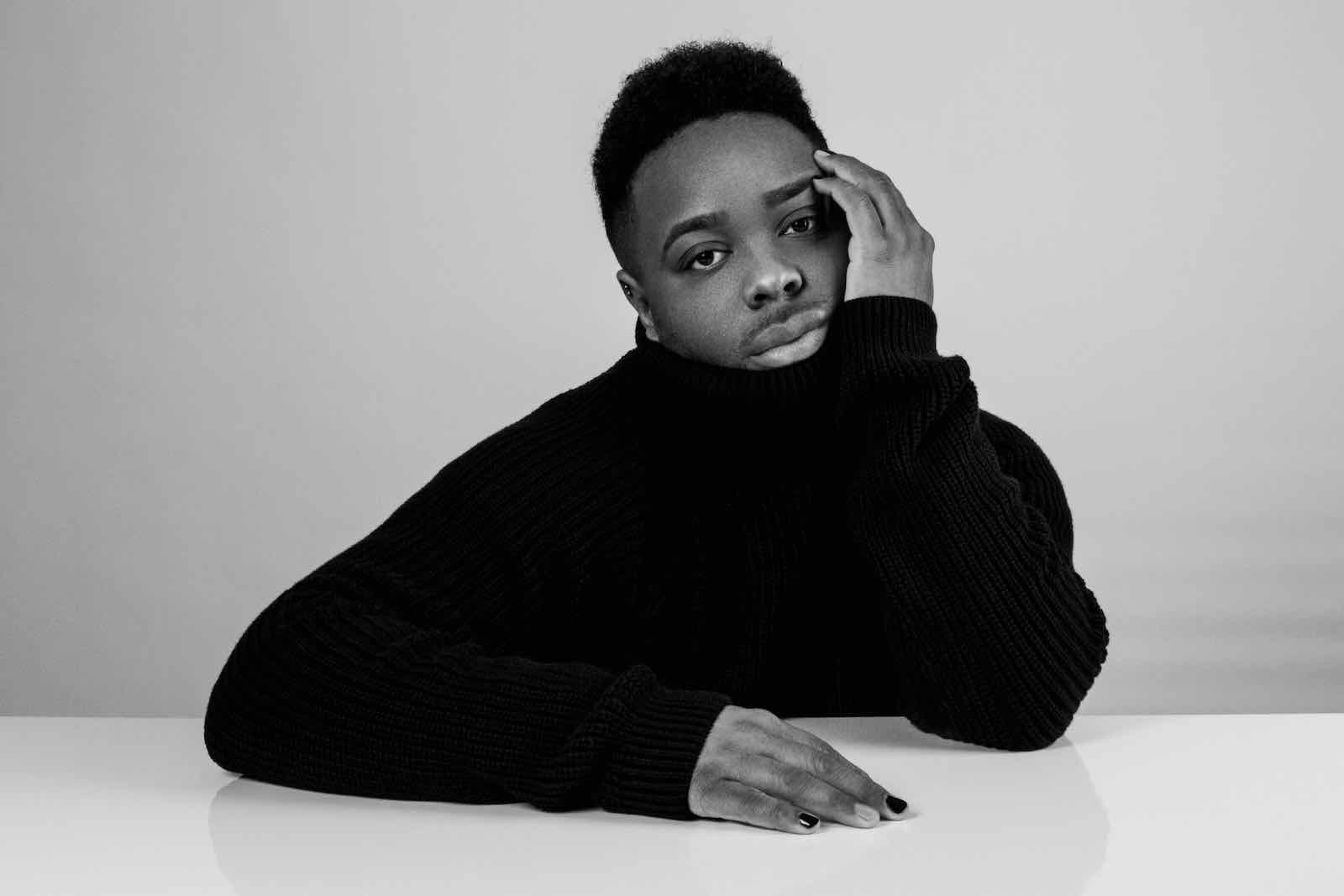 How was working on LiME? What did you learn from the experience?

Working on LiME was cathartic. I didn’t realize revisiting the community I grew up in after many years to film something based on my childhood trauma would help me as much as it did. I finished it and felt like I had hugged my younger self. I learned that as a director it’s okay to make mistakes, to be unsure and to learn as you go.

I think filmmaking is forever evolving and it’s okay to approach it based on passion. I was also able to reinforce the idea that it takes a village . . . because it does. LiME wouldn’t have become a reality without the support of many and the dedication and hard work of my cast and crew.

I was and am an actor. I spent a lot of my time writing short stories and daydreaming of doing what I’m doing now. Creating.

Where did the concept come from for LiME?

LiME is based on my youth. I was in the drill team, I was in the marching band, and had overcome adversity. The script was birthed after my therapist suggested I begin writing to my younger self to deal with some of the trauma and emotion I harbored due to things that I experienced as a young person. I decided that I would write a film before doing that, and this is what I came up with.

LiME wasn’t the film I sat down to write, but I realize now I needed to write this, I needed to share this story. I was doing exactly what my therapist told me to do but in my own way. I needed to speak to not only myself, but to others walking their own path. It’s easy to tell someone it gets better, but this was my way of showing people it does. I went through this trauma, and I’m still here.

I love a lot of music, but I connect mostly to R&B, hip hop, and alternative. I’m still huge on 90’s pop. I recently wrote a film entirely inspired by Cee Lo’s most recent album.

I’m pretty fluid in my process in that I go with the flow. Sometimes I see a story in a person, or I’m inspired by something and I feel like I have to chase it. As an actor I allow myself to tap out. I allow myself that freedom, and when you’re a character actor you get those chances to really dive in and I think as humans we can all connect in one way or another, so that comes naturally.

When I’m writing I think it’s pretty much the same. I try to relate to the story I’m writing, the characters are real. I ask myself to relate and give compassion to each and every character, despite their action or intent.

I say dig deep and find that little bit of YOU that you’re okay with sharing with the world. Tell stories that you want to tell. Sometimes you may feel like you have to graduate from a certain school or be a part of this crowd, and you don’t. Sometimes you have to find and build your own creative community.

Trust me, there’s an audience for your voice. Believe in that, and as long as you tell stories about humanity, and do so with passion you’ll be good to go. I also want to say it never hurts to educate yourself, read books, read scripts, build a curriculum to follow if you can’t afford film school. There are ways for you to find your voice. 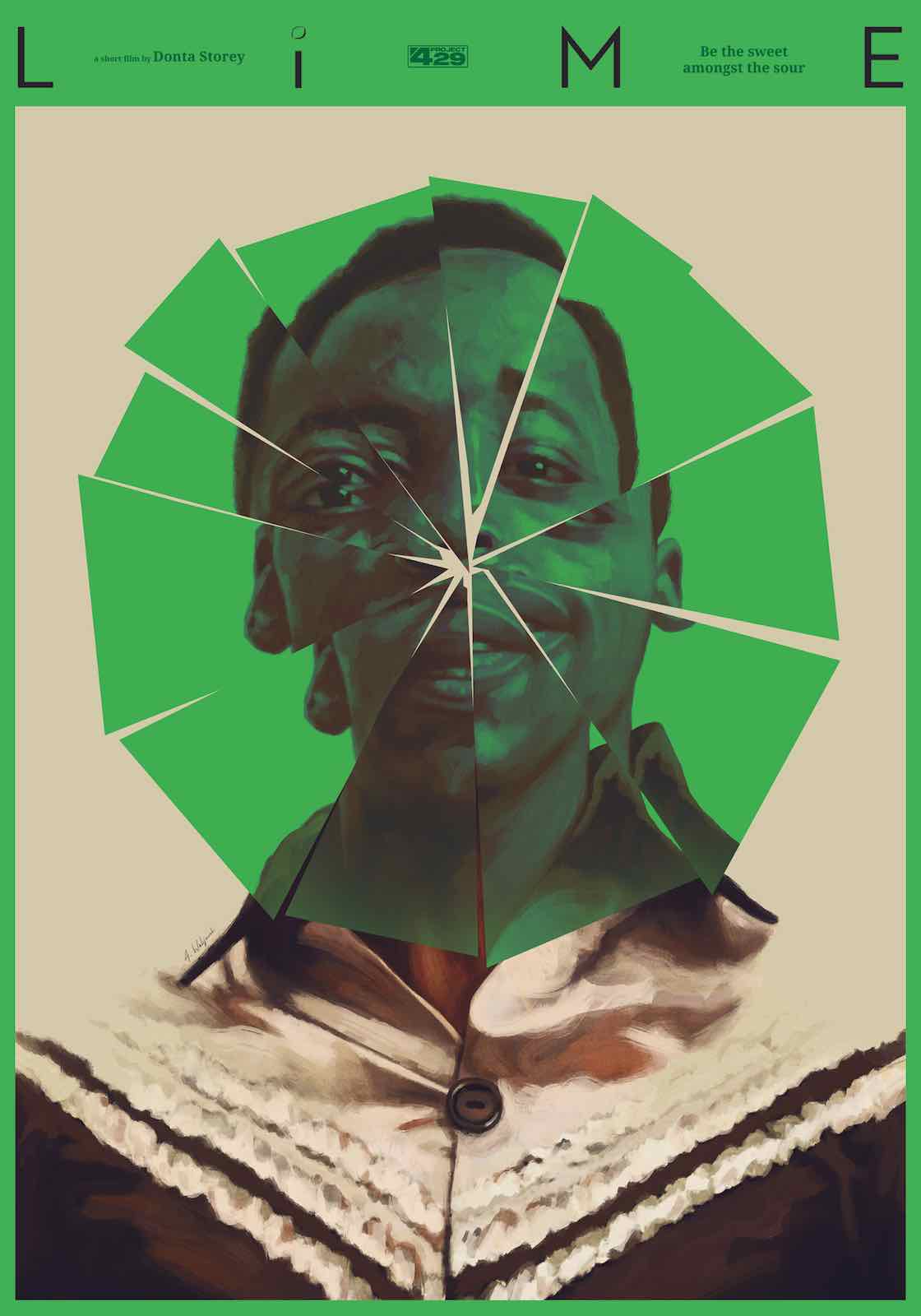 I think the exploration of the story is where I geek out the most. I also love cinematography. I am not a cinematographer, and I get beside myself when I find someone who has the eye. I have such high respect for DPs and Editors. What they bring to the table can elevate a script or any direction. It’s incredible.

I’ve been known to do too much, and with LiME it was no different. Being a new director, I went in knowing that due to the budget and resources I would have to step up. I wrote the film, directed, cast, produced and did set and costume design. It helps to have amazing producers, which I did, but it can be stressful wearing several creative hats. I learned that trusting others during the creative process can only help.

My next project is Dooley Does Murder! , which is a nod to 80s campy horror. I will be starring in this as well as directing and producing. Right after that, I’m working on a super short titled Babylon 3000, which will lead me into sci-fi. The script was written before the Coronavirus grew, but it’s not lost on me that I have a lot to play with by allowing myself to be inspired by what’s happening around us- especially in the sci-fi world.

I have not, although I welcome a mentor. I would say my mentors outside of my acting coaches were the creatives on my crew. I think social media has made it super easy for people to connect with other creatives and to build their own creative families. I encourage people to DM the people that inspire you. You never know who’s listening. You may open the door to your next project.

Fear has been my biggest failure. Allowing fear of what others will think of me or my art is what I would give that award to.

I want to tell stories about people, mainly black people, disabled, and queer people. I want us to have faces. I don’t want us to continue to sit on the sidelines. I want people to feel like they’re allowed to be seen. I want people to experience joy in seeing their grandmothers and fathers on the screen in untraditional norms. Representation matters, but not if its TOKEN representation. We deserve the meat and potatoes.

I think actually making my first film, screening at 12 festivals, and sharing it with the world on March 31, 2020. It’s been a journey, I’d for sure call this a success.

I have 3 projects slated for this year alone, and I plan to continue to lend myself to learning, creating, laughing and sharing stories that inspire. We need a lot of love and laughter right now. I hope I’m in a position to provide people stories to watch that inspire them to keep going, to love, to laugh and to live.

This isn’t a fair question. I’ve learned a lot from a lot of films. I think Clockers and Paris, Texas are some of my favorites. I really learned the importance of color in a film. Those films are rich in color pallets. I realized how much color matters. Whether it is in post, the lighting on set, or costume or production design. It inspires me and moves me.