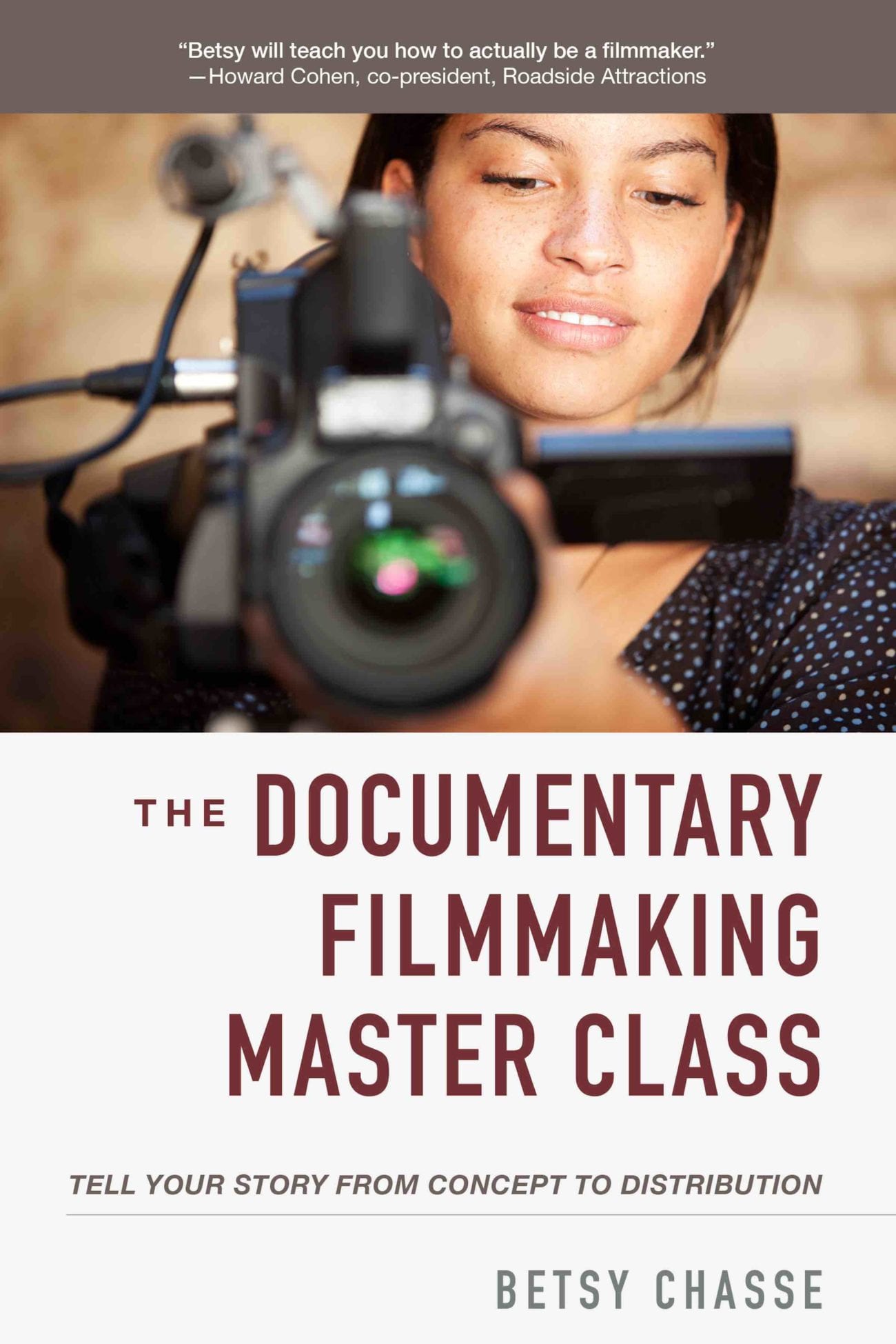 Betsy Chasse is chasing her dreams and proving anything is possible with her class: The Documentary Filmmaking Master Class. Betsy Chasse is an award-winning filmmaker, bestselling author, and educator.

One of her most notable projects is What the Bleep Do We Know?! She was a co-creator, writer, director, and producer for this documentary. Her thirty-year career has been admirable. Betsy has produced, co-produced, or line-produced over forty feature films and documentaries.

Those include Song of the New Earth, Pregnant in America, and The Empty Womb. Chasse has also been an instructor in documentary film at the New York Film Academy, as well as a guest lecturer at multiple universities and documentary programs around the world. She is a sought-after film and media consultant, specifically in the areas of fundraising, production, post-production, and distribution. 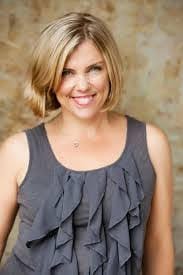 We were lucky enough to interview the incredibly talented Betsy Chasse. Be sure to check out Betsy on Instagram and Facebook.

I’m interested in what people are thinking, feeling, experiencing, so docs and films that go deeper into the human condition.

The Good Place, Undone are what I’m watching right now. 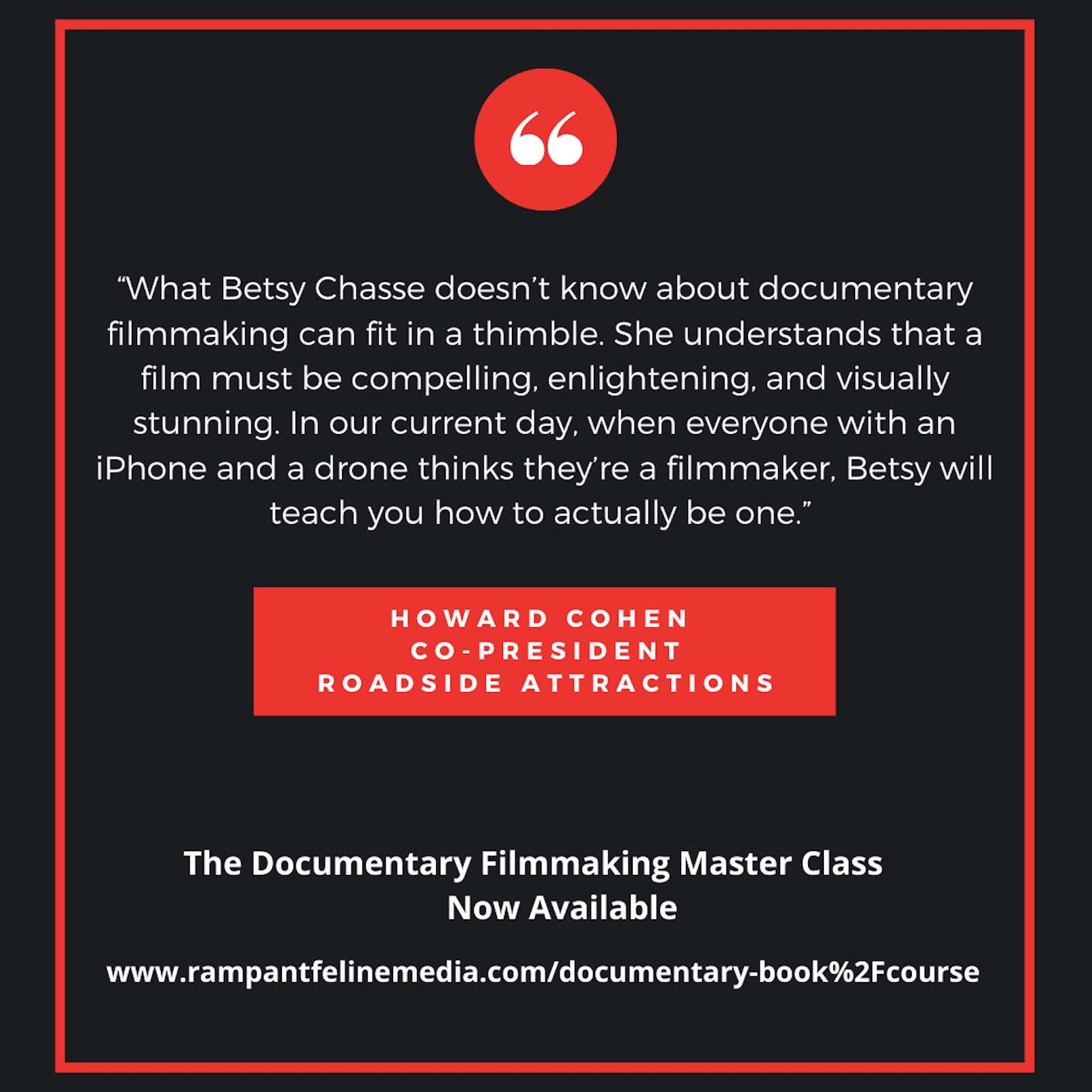 I was basically born into film and spent time as a child actress. I was a terrible actress and was always impressed with the people behind the camera. So, the moment I could start my career, I did.

It’s been over 30 years, with probably over 200 projects – I started my first production company when I was 22. I’ve done everything from Sundance award-winning indies to big studio movies in many roles over my career. I spent most of my time as a production manager and line producer before I made my way to producer/director of my own projects.

The film that shifted my career from narratives to documentaries was my film What The Bleep Do We Know?!, which created a new genre of filmmaking: conscious or spiritual cinema.

How was working onThe Documentary Filmmaking Master Class? What did you learn from the experience?

The Documentary Filmmaking Master Class is a book and course that has been over 30 years in the making. After teaching documentary film to students obtaining their master’s degree, I saw what was really lacking in the film school/educational paradigm.

As a consultant, I have had many clients who entered into making a film ill-equipped for the rigors of filmmaking, a lack of how the process works and not succeeding. My desire is to support filmmakers in bringing their films to life, from the moment they have the idea, all the way through to distribution.

Having had the experience on multiple successful projects, I have extensive knowledge on everything from financing, production, post-production to marketing and distribution. Creating, surviving and thriving in the entertainment business is difficult, but not impossible, I am grateful to have had a long, happy and sustainable career. I want to share how to do that with as many aspiring filmmakers as possible.

I really didn’t have one. I did take a few years off in my late 20s and started a gourmet dog treat business. One of the qualities that sets you up to be successful in film is to exercise your entrepreneurial spirit. Film is a business as much as it is an art form.

Where did the concept come from for The Documentary Filmmaking Master Class?

The book and course are based on a course I designed and taught to masters students, based on my 30+ years in the industry. 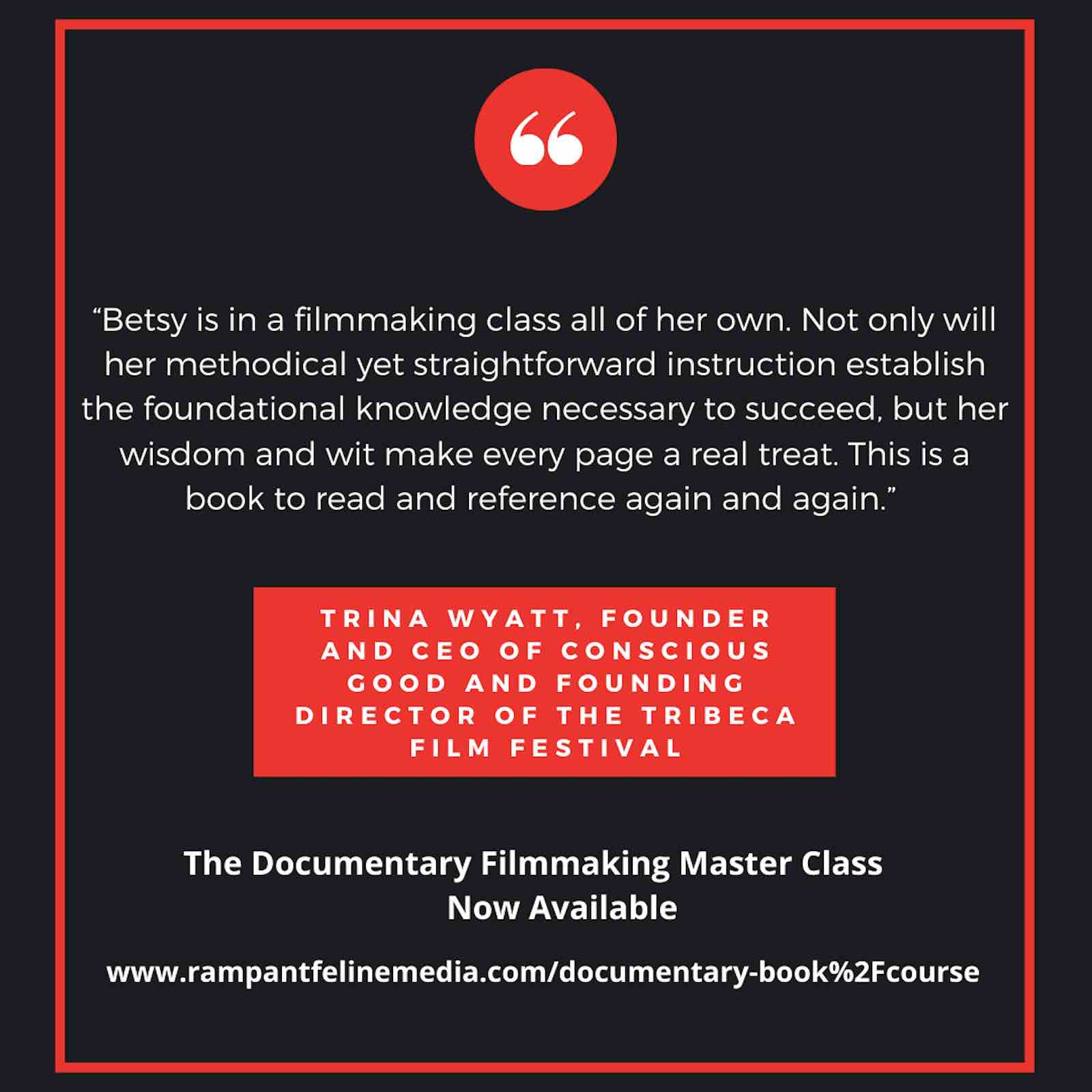 I really enjoy all types of music, it ultimately depends on the mood I want to be in while I’m working on a specific project.

That could take some time: chaos, allowing, laughter, patience, trust . . . or you could read the book and take the course.

Again, I hope you read the book and take the course, but the one thing I tell all my students and clients is that you have to love the process, every aspect of it. My favorite quote is from Jack Keruoac: “Be in love with your life, every detail of it.” Filmmaking is a journey, and you should make sure you’ve got the right shoes.

Today filmmakers can’t really just be one thing: you’ve got to be creative, a techy, a businessperson, an entrepreneur. That’s a lot of hats. Be patient, know your strengths and your weaknesses and surround yourself with people that create balance, harmony, and mutual respect. In my book and course I talk a lot about how to be a good leader.

I’m writing a novel which will hopefully be turned into a film, a reality TV series.

I am a mentor and I also work with one of the largest private networking groups for filmmakers interested in conscious media, and elevating consciousness through media. It’s free to join and is a wonderful place for community, support, ideas, collaboration: The Conscious Good Creators Network.

I have a lot. Failure is a great gift. When you get to be my age, hopefully you can look back and be glad you made it out alive.

Transformation, a big aha, find something they can do to create happiness in their lives, the lives of others. 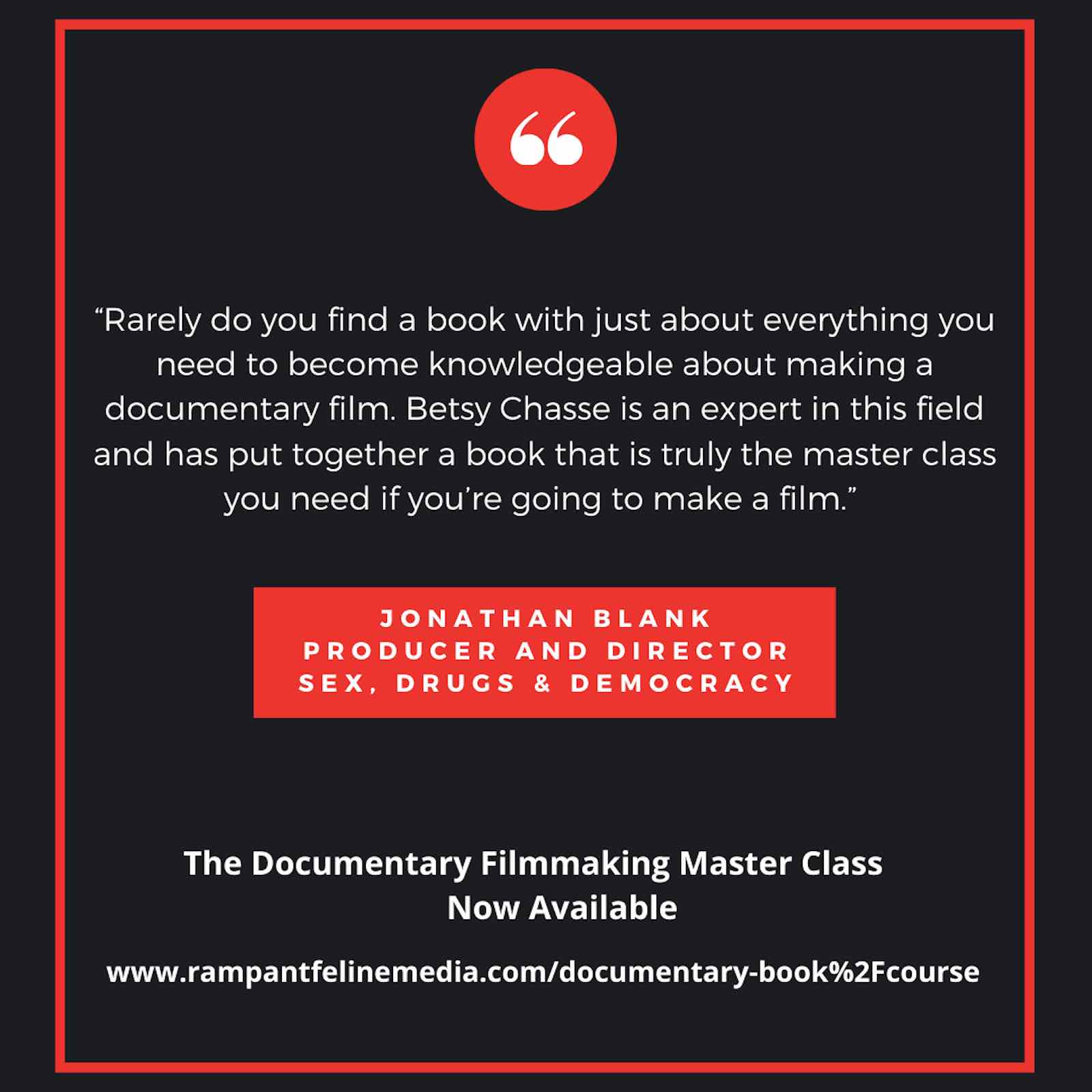 In filmmaking it’s the film What The Bleep Do We Know?!; in teaching it has been watching so many of my former students thrive in the world of film; personally it’s parenting my kids.

Well, my five-year plan is to get my kids through school and move to Mexico and retire while continuing to support filmmakers in achieving their goals.

Share via:
Sponsored Post
Tags
Betsy ChassePregnant in AmericaSong of the New EarthThe Empty WombWhat the Bleep Do We Know?!
Author 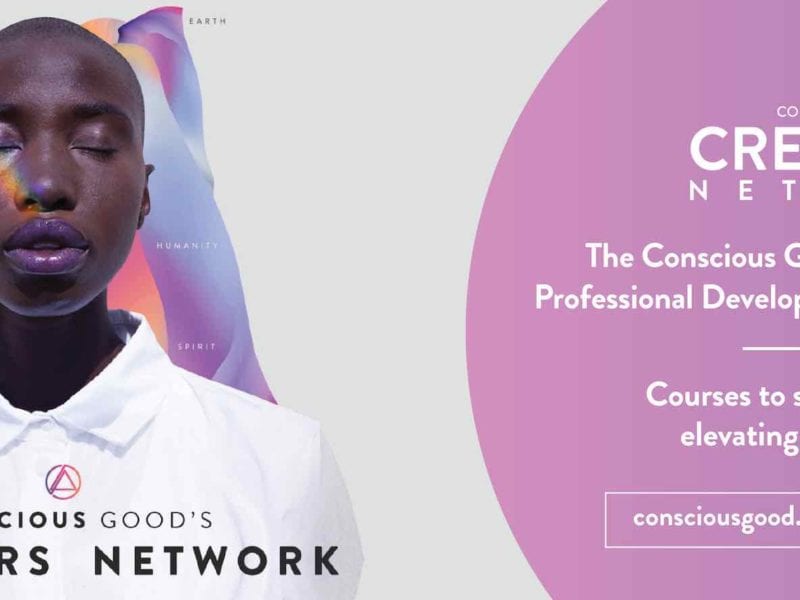