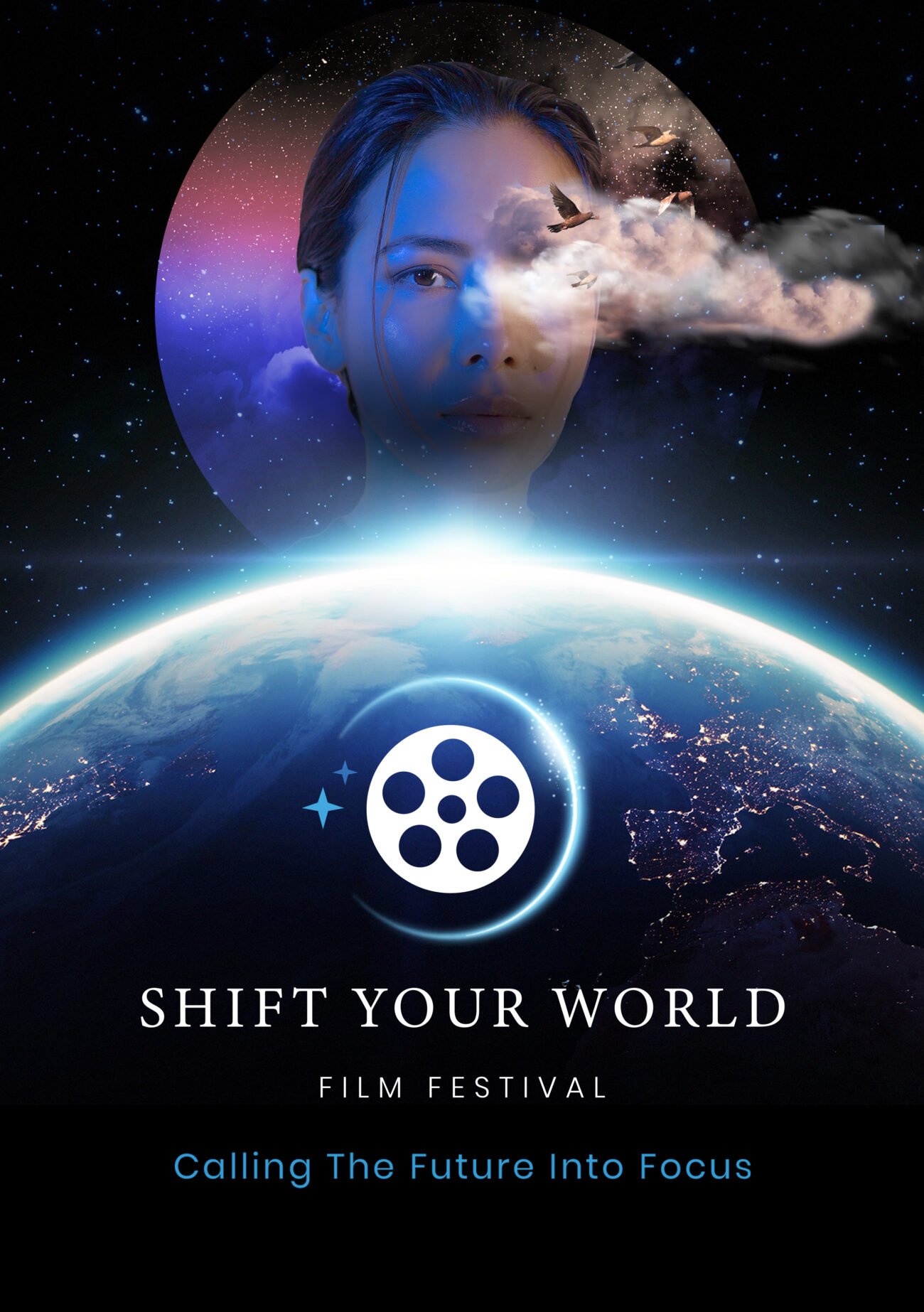 Petaluma, CA (May 5, 2021) — The Shift Network (TSN), a global leader in transformational media, announces the launch of the first-ever Shift Your World Film Festival: Calling the Future Into Focus. Premiering May 6-9, the festival showcases 14 inspirational films, adding the language of visual storytelling to Shift’s mission of educating, inspiring, and creating a better future for all. Opening night presents the virtual festival premiere of The Portal, which asks the question: What would happen if 7 billion people meditated? How would the world change? The full festival program and trailer for the festival can be found at ShiftYourWorldFilmFestival.com.

Access to film screenings, panels and conversations with filmmakers, and official festival voting is free and open to the general public. The Shift Your World VIP Pass ($97.00) includes:

The Shift Your World Film Festival explores topics including the environment, meditation, social justice, girl empowerment, and elder wisdom, presenting a total of 14 films including the following 10 feature films:

What would happen if 7 billion people all meditated? Could it shift the trajectory of our planet? The Portal follows six people (and a robot) who transform their lives using mindfulness, providing inspiration as humans embark on the next phase of evolution.

The Twelve is a documentary that gives a voice to the wisdom traditions of twelve Elders from around the globe, who share long-forgotten knowledge of humanity’s eternal and complex connection with nature.

The Reunited States is a powerful documentary that follows the unsung heroes on the difficult journey of bridging our political and racial divides. Susan Bro, who lost her daughter when a car drove through a crowd in Charlottesville, and David and Erin Leaverton, a Republican couple who traveled to all 50 states in an RV to find out what divides us, are just a few of the people profiled.

Heal takes us on a scientific and spiritual journey where we discover that our thoughts, beliefs, and emotions have a huge impact on our health and ability to heal. We have more control over our health and life than we have been taught to believe. This film will empower you with a new understanding of the miraculous nature of the human body and the extraordinary healer within us all.

We Are The Radical Monarchs, Saturday, May 8, at 1:00pm Pacific

Directed by Josh and Rebecca Tickell

Kiss the Ground is a groundbreaking film that demonstrates how regenerating the world’s soils can completely and rapidly stabilize Earth’s climate, restore lost ecosystems, and create abundant food supplies.

Artifishal documents the fight for the future of wild fish and the environment that supports them. It explores wild salmon’s slide towards extinction, threats posed by fish hatcheries and fish farms, and our continued loss of faith in nature.

Narrated by Academy Award winners Sissy Spacek and Herbie Hancock, River of Gold is the disturbing account of a clandestine journey into Peru’s Amazon rainforest to uncover the savage unraveling of pristine jungle. Ron Haviv and Donovan Webster, two war journalists, led by Peruvian Enrique Ortiz, bear witness to the apocalyptic destruction in the pursuit of illegally mined gold, with consequences on a global scale.

Narrated by Liam Neeson, Love Thy Nature takes viewers on a cinematic journey through the beauty and intimacy of our relationship with the natural world. The winner of 27 awards, Love Thy Nature soothes our urban angst with the dazzling spectacles of our world, while showing that a renewed connection with nature is key to our personal health and the health of our planet.

Filmed on six continents, Baraka explores the theme of humanity’s diversity and our impact upon the environment. Baraka has no narration and no dialogue, yet transcends geography and language to provide a sensual and spiritual experience that invites us to look at the world in a totally different way.

TSN’s philanthropic arm donates to a wide range of environmental, health, and social justice causes. TSN can also be accessed through “The Shift App — Uplift Your World,” available in both the Apple and Google App Stores. Coming in 2021 is a new podcast and a rich array of other media offerings. Through all these access points, TSN, which features one of the largest online libraries of peace-building resources in the world, is committed to empowering 100 million people in the next five years in order to accelerate a kinder, more peaceful, and livable planet for all.