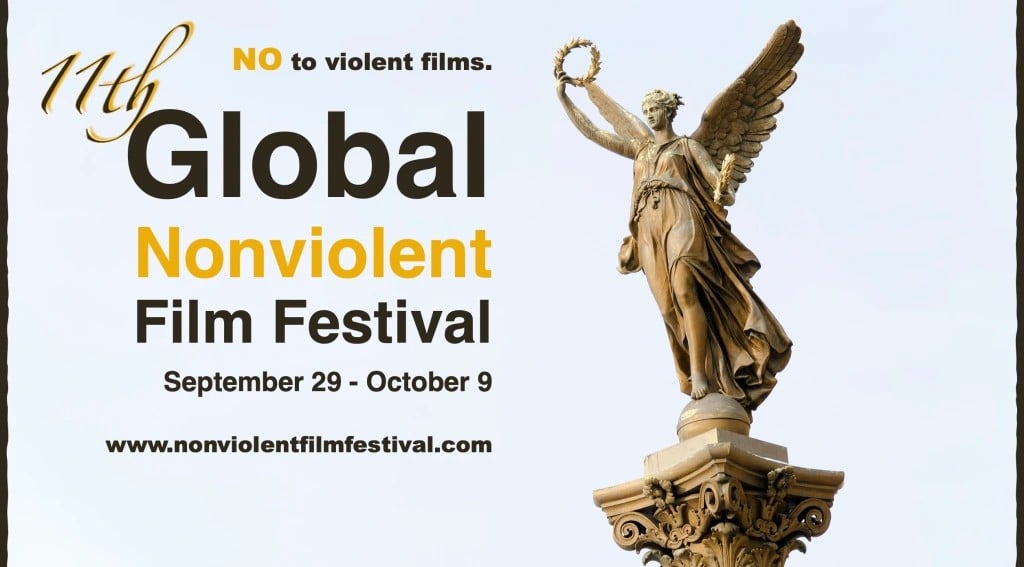 The Global Nonviolent Film Festival reveals the official poster for its eleventh annual edition, which takes place this year from September 29 to October 9. 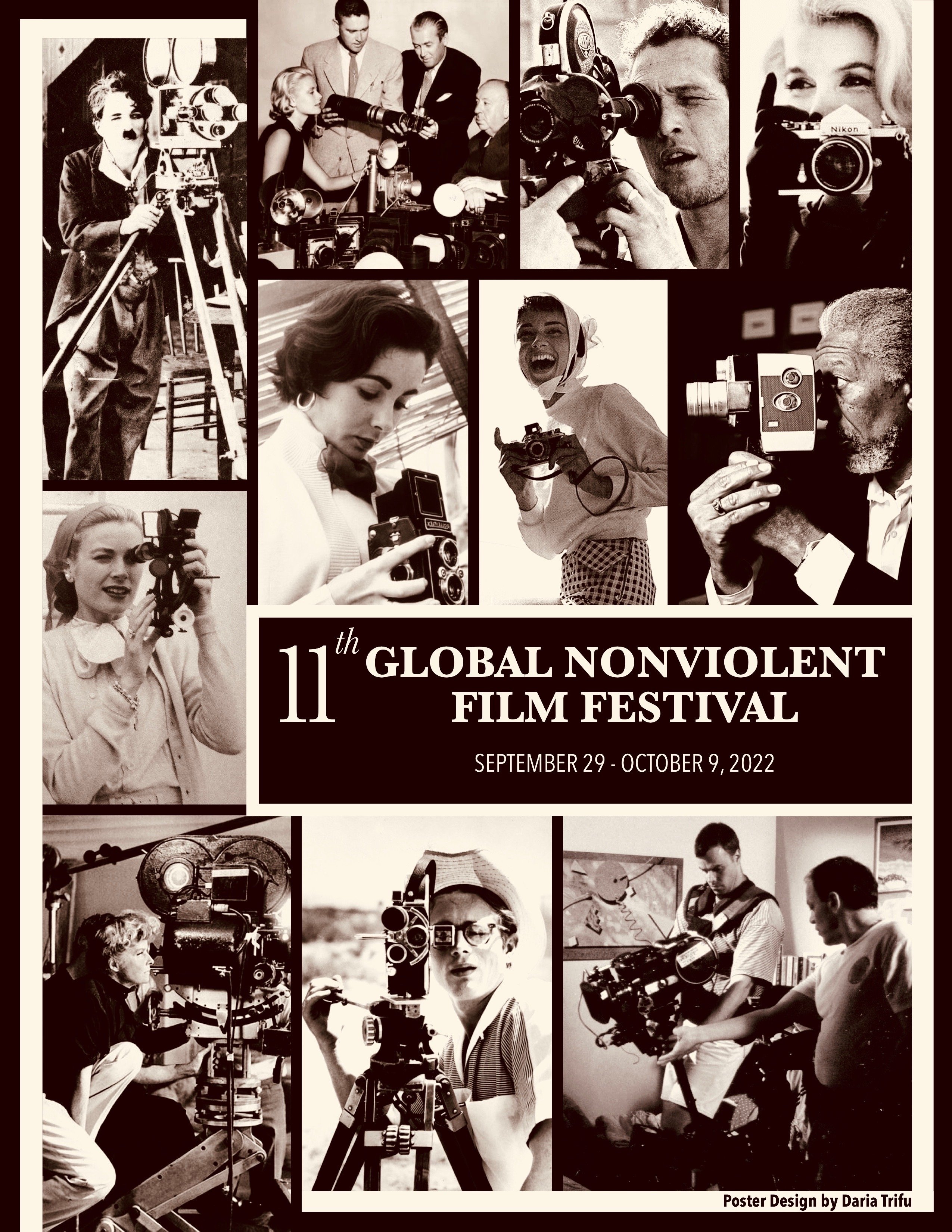 “I created this poster as a personal tribute to the people who inspire me and who are the reason I became a filmmaker”, says Daria Trifu. She continues, “a few days ago, I wanted to remind myself of the beauty, elegance and overall style of ‘old Hollywood’, the time when the influence of stars on the world and on ‘ordinary people’ was so powerful and all so inspiring. Grace Kelly’s sheer beauty and elegance transcends generations and resonates with women of all ages; Katharine Hepburn’s tenacious independence and vivacious personality helped her cultivate an on-screen persona that matched her public image; Audrey Hepburn’s innocence, kindness and angelic character are not a mirage of the silver screen but the essence of her lifelong commitment to humanitarian work and children’s rights advocacy; the complexity of Alfred Hitchcock’s camera movements and suspenseful shots is still unsurpassed today; while Charlie Chaplin’s creative genius is the backbone of an entire industry. I spent hours searching the web and a theme was slowly building in my mind: in today’s world, that is fueled by social media, the idol as it was once defined is rapidly fading away as the subject becomes the ‘ordinary people’, so the camera is on all of us.”

Last year, Global Film Studio launched a streaming channel for nonviolent films that is available everywhere at globalcinema.online. Global Cinema Online offers distribution contract proposals to all the films that are selected to participate in the Global Nonviolent Film Festival.

Submissions to the Festival are now open. The early deadline to register a film is March 30. Filmmakers who do not arrive to submit their work by that date, can still do so before the final deadline of August 30. All entries are received through FilmFreeway: https://filmfreeway.com/GlobalNonviolentFilmFestival