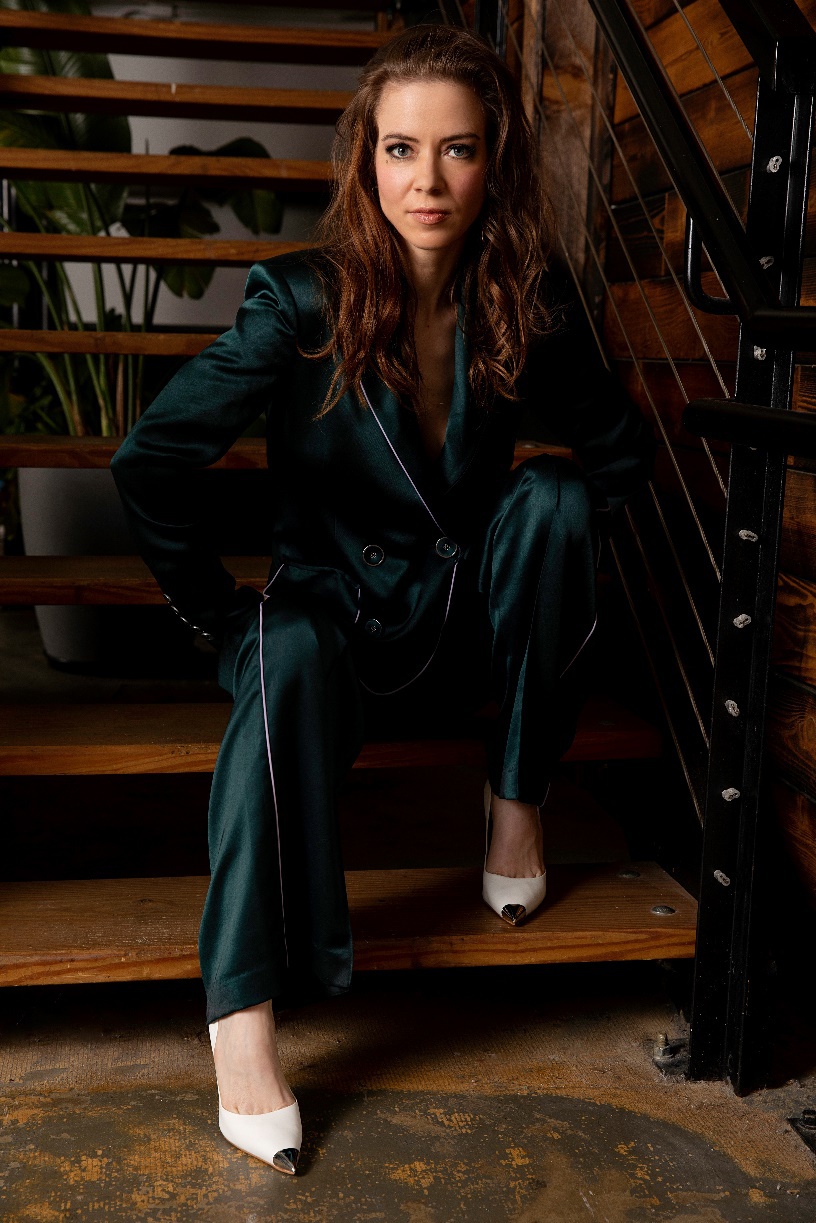 Taking a chance: Get to know ‘Demigod’ actress Elena Sanchez

Elena Sanchez is becoming a name more and more on the tongues of not just Hollywood insiders but young girls who see themselves in her. On the big screen she is most widely known as Cecelia in the young adult classic The Hunger Games: Catching Fire. On TV she has been seen in FOX’s Sleepy Hollow, AMC’s The Walking Dead, and CBS’s NCIS: New Orleans.

Her next big project involves a starring role in the Demigod, slated for release at the end of this year. Directed by Miles Doleac, the film follows a woman and her husband, who upon the death of her grandfather, return to her birthplace in Germany’s Black Forest – only to find a terrifying secret awaits them.

We were lucky enough to sit with Sanchez and ask her about what’s next for her onscreen and all the things that got her to this point in her rising career. 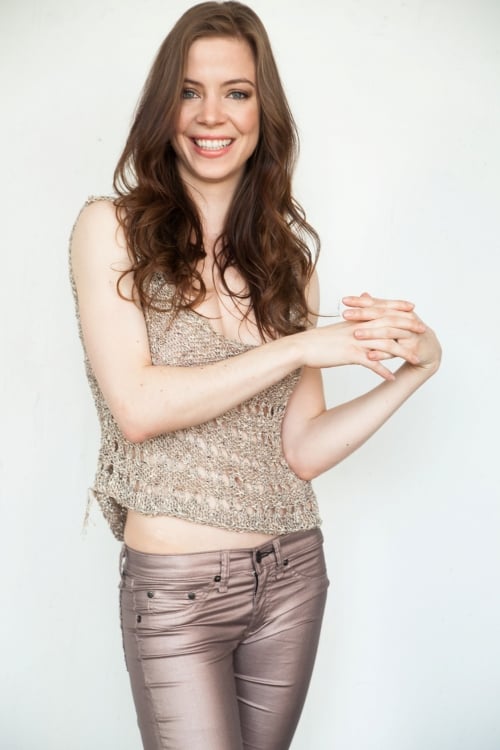 When did you first realize that you wanted to become an actor?

I first realized I wanted to become an actor my junior year in college. I was studying hotel management at Cornell, but the thought of working at a hotel just didn’t excite me. We had to take electives outside of our major, and I decided to take an acting class.

I always thought being an actor would be fun, but it never seemed like a realistic thing I could actually do. I fell in love with it and within a few weeks made the decision that I would pursue an acting career. It was a scary decision to make, but my heart knew it was what I wanted to do.

Tell us about your journey in acting. How did you first get started in the business?

I moved to New York City and started working as an extra. I worked on all of the shows filming there at the time, from Law & Order to Gossip Girl to Life On Mars.

Simultaneously, I enrolled at The Lee Strasberg Theater & Film Institute. Eventually I moved to Florida, and then New Orleans, where I first joined the Screen Actors Guild, thanks to a stunt doubling job on a movie called Trespass, with Nicole Kidman and Nicolas Cage.

What was the biggest challenge you faced early in your career?

The biggest challenge was getting an agent and getting auditions. I always imagined that once you had an agent the auditions would just start rolling in, but that’s not how it happens. You are competing against people who have been working for years, so there has to be a role that is very specific to you or your abilities for someone to want to take a chance on you.

I started building up a body of work with short films and student films, so once I had some examples of my work, it became a little easier.

You used to be a competitive gymnast. How has that experience impacted your work in acting?

My experience of being a gymnast my whole life meant I know exactly what my body can do, and that I’m comfortable performing in front of hundreds of people. Once the camera starts rolling and they yell “ACTION!” it’s just me in the bubble of whatever the scene is, and it feels similar to when I was competing a routine at a big competition.

I have a lot of physical body awareness, and know how to move my body in different ways depending on the role and the project. Even subtle movements can say a lot, and it’s been very useful to understand that and be able to control my body in that way.

You’ve worked in feature films like The Hunger Games: Catching Fire and television shows like The Walking Dead. How does your experience of those different mediums compare?

Other than TV episodes having a faster schedule than a movie, the actual experience of being on set is very similar, especially since many TV shows have huge budgets these days. The differences are there in terms of genre, budget, and location, but not necessarily whether it’s one medium or another. However, ultimately I think I’ve done more exciting things (in terms of performance and story) in films, vs. in television shows. 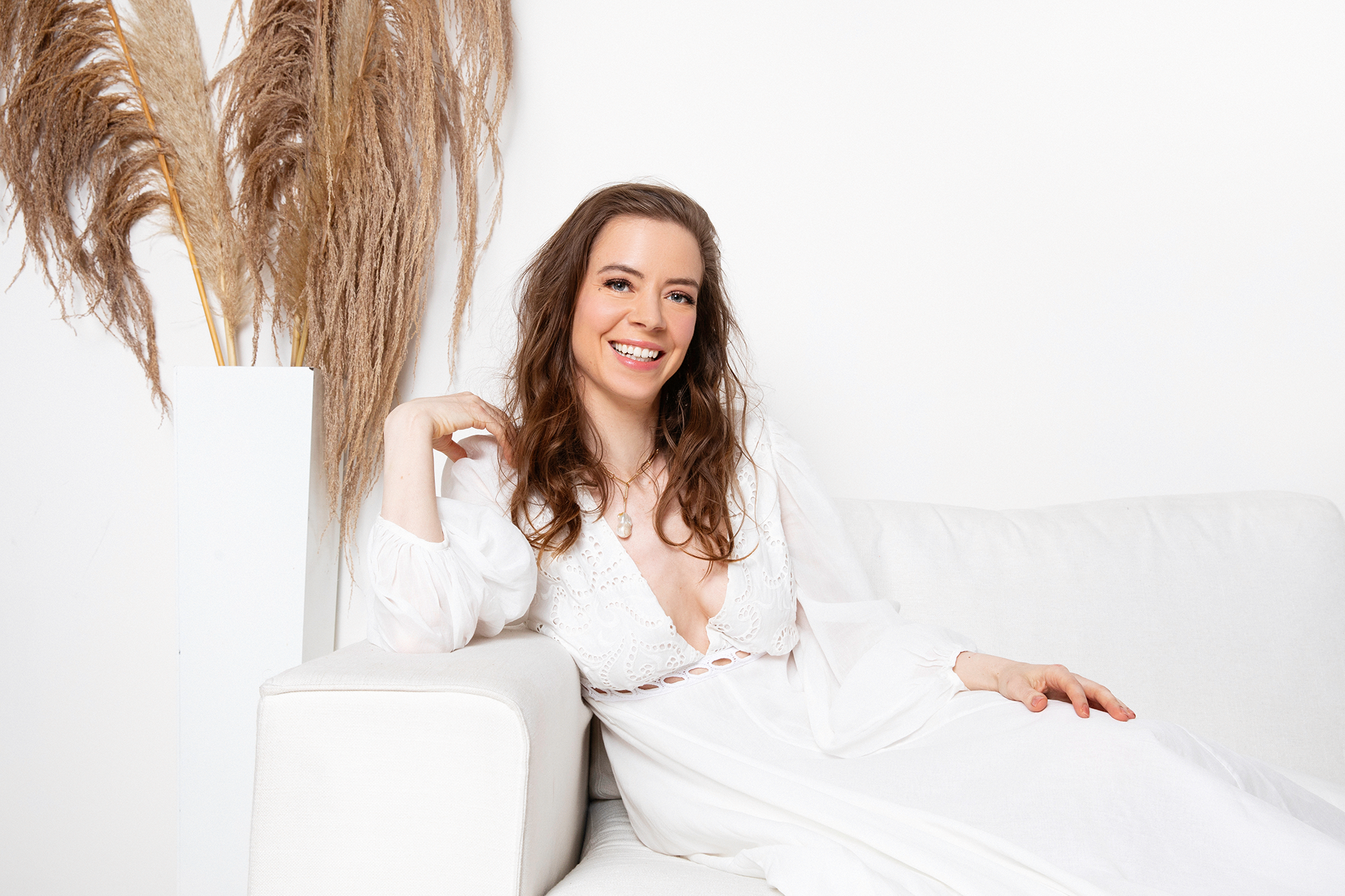 Do you have a preference between film and TV?

I’ve always preferred working in films over TV for some reason. Again, the actual experience of working on them feels very similar, but I think I like that a complete story arc of a film is shot in the span of a few weeks or a few months, whereas an episode of television is just one part of a larger story, that will take many months, or years, to film.

I like the idea of doing a movie and feeling like I’ve finished a project when I’m done with it, whereas if I only do one episode of a TV show I’d have FOMO for not working on the rest of it, haha. Maybe I’ll feel differently once I book a cool series regular role!

You’ve also performed a ton of impressive stunt work. Has that work informed your acting decisions or vice versa?

They both work hand-in-hand with each other. Stunt work is the more physical side, whereas acting is more emotional. But, both sides require and feed each other, and being able to do both has been extremely helpful. When I’m doing stunt work, I’m still playing a character. And when I’m acting, I’m still moving my body, so body awareness and physicality is important for that.

What are some shows or movies that inspire you and influence your work today?

So many! But I guess I’m more inspired by actors, instead of specific projects. I’d say one of my biggest inspirations is Nicole Kidman. Her career is so fascinating. I love her work. From Moulin Rouge to Lion, and everything in between, and now she’s doing TV like Big Little Lies and The Undoing. She’s a fantastic actress, and it would be a dream to do roles like the ones she’s done.

Your current project is the feature film Demigod. Can you tell us how you got involved with that production?

I originally auditioned for and booked a much smaller role in the movie, thanks in part to the fact that I speak German, and the film is set in Germany. Due to Covid, several actors had to step away from the production, so shortly before they started filming, they offered me the role of Latara instead. I had about three days from when I found out to pack my stuff, learn the script, and get to Mississippi!

What was your favorite experience while working on the film?

My favorite thing about it is that we were all quarantined together at a campground in the middle of nowhere in Mississippi. We were living there during the shoot, and all of our filming locations were also at the campground. It was such a fun experience, and we all became very close. I’d be Latara the witch during the day, and after work we’d all sit down for dinner together in our cabin. It was like a film camp!

Demigod takes place in Germany, and you’ve booked other roles in four different languages. Have you found that being multilingual opens new doors for you?

Yes, it’s definitely helped me book more roles. I’m able to audition for roles that require a foreign language or accent. I grew up speaking three languages fluently, and that has also helped me be able to mimic other languages that I’ve never spoken. I booked a role in Arabic once, and the dialect coach on set couldn’t believe that I had never spoken Arabic before!

What can you tell us about your upcoming projects?

I just did a big movie this summer that I can’t talk about, and I am working behind the scenes on a really exciting movie in Atlanta right now, but unfortunately, I can’t tell you any more about them at this point…

I’d say the biggest success of my career is that I am able to do the job I love and pay my bills with it. I have a roof over my head and food in my fridge. I feel so lucky. When I was little, I would have never imagined that this would be my life. I get to play make-believe, travel, do fun things, meet interesting people, and that’s all considered my job. How crazy is that?

You’ve already done and achieved so much. What else is on your acting bucket list?

Thank you! I have so much I’d like to do. I have a list of directors and actors I’d love to work with, which is too long to list here. But at the top of it is Christopher Nolan and Tom Hanks. I’d love to play a superhero. I’d love to do a romantic comedy. I want to do something in the adventure/fantasy genre, like Game of Thrones or Once Upon a Time, for example. I could go on and on and on!

I do not have a five-year plan. A long time ago I learned not to give myself a timeline, because that just sets you up for failure. I do have a lot of goals that I consistently work towards, and some of them might happen sooner than expected, some of them later. I just want to continue working and bringing stories to the screen, and hopefully start a family sometime in the future.

What advice would you give to someone who’s trying to break into the acting world?

Start performing anywhere and everywhere. Get involved with your local theater community, get into an acting class, make short films with your friends. It’s really easy to create content nowadays when everyone has a 4K smartphone in their pocket. Breaking into the acting world is not an easy journey, and sometimes it can feel impossible.

But I’m living proof that it can be done, even if you don’t have any connections at all to anyone in Hollywood. So, keep at it and don’t give up! 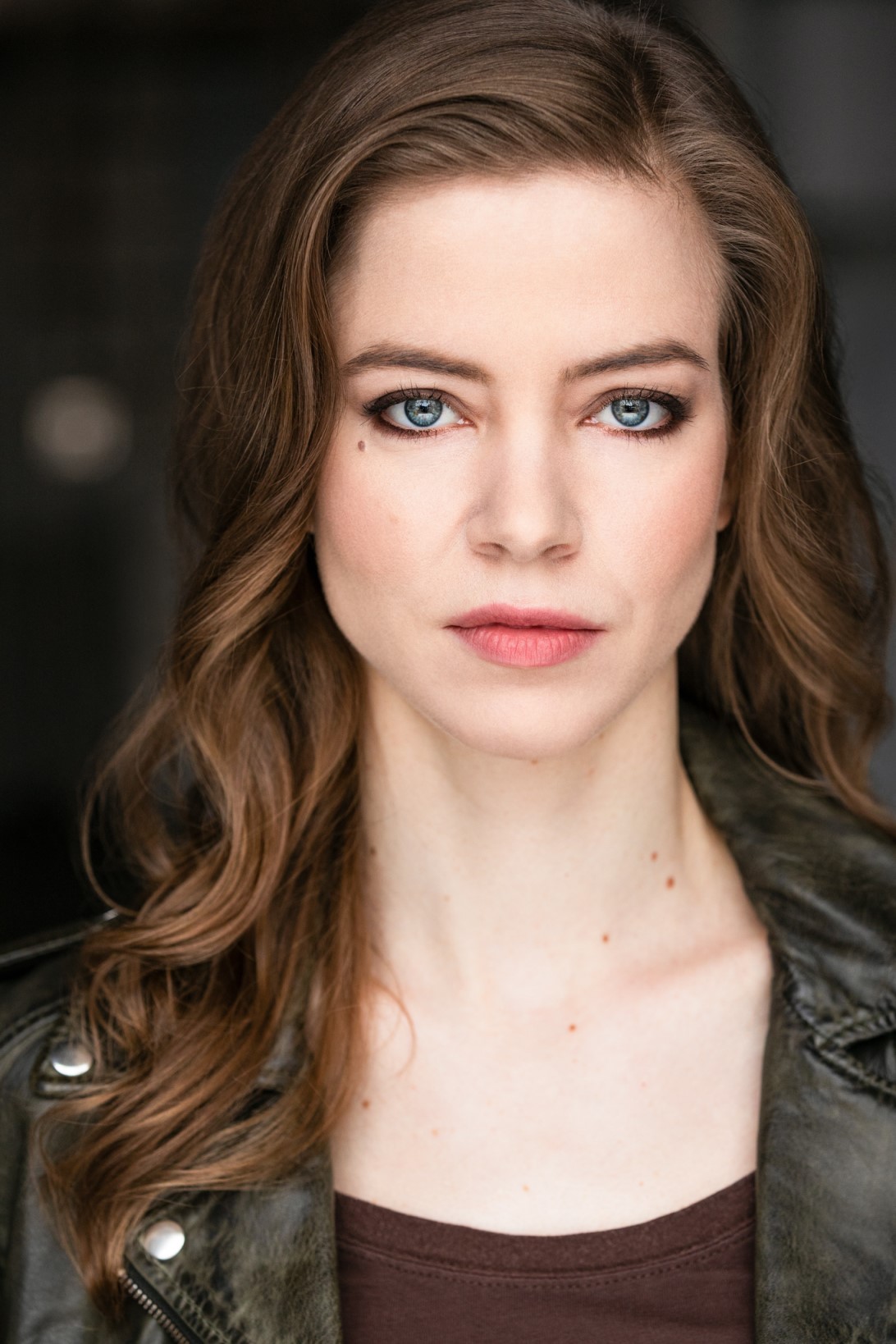 If you had to choose just one movie to watch for the rest of your life, what would it be?

Well, the funny thing is, when it comes to movies and books, I forget what I’ve seen/read after a few months… other than the basic premise. So, I can rewatch it and it’ll be almost like watching it for the first time. If I had to pick one off the top of my head, Forrest Gump. Love that movie.

Who would you have compose the soundtrack to your life’s story?

Hans Zimmer. His music is amazing. He’d make it sound so epic!

What else do you think Elena Sanchez has up her sleeve as an actress unchained to the five year plan? Let us know in the comments! 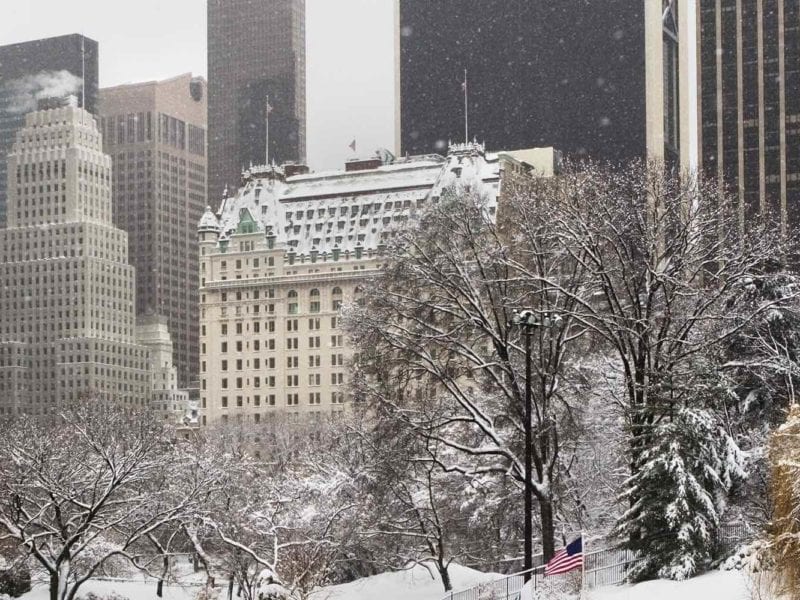