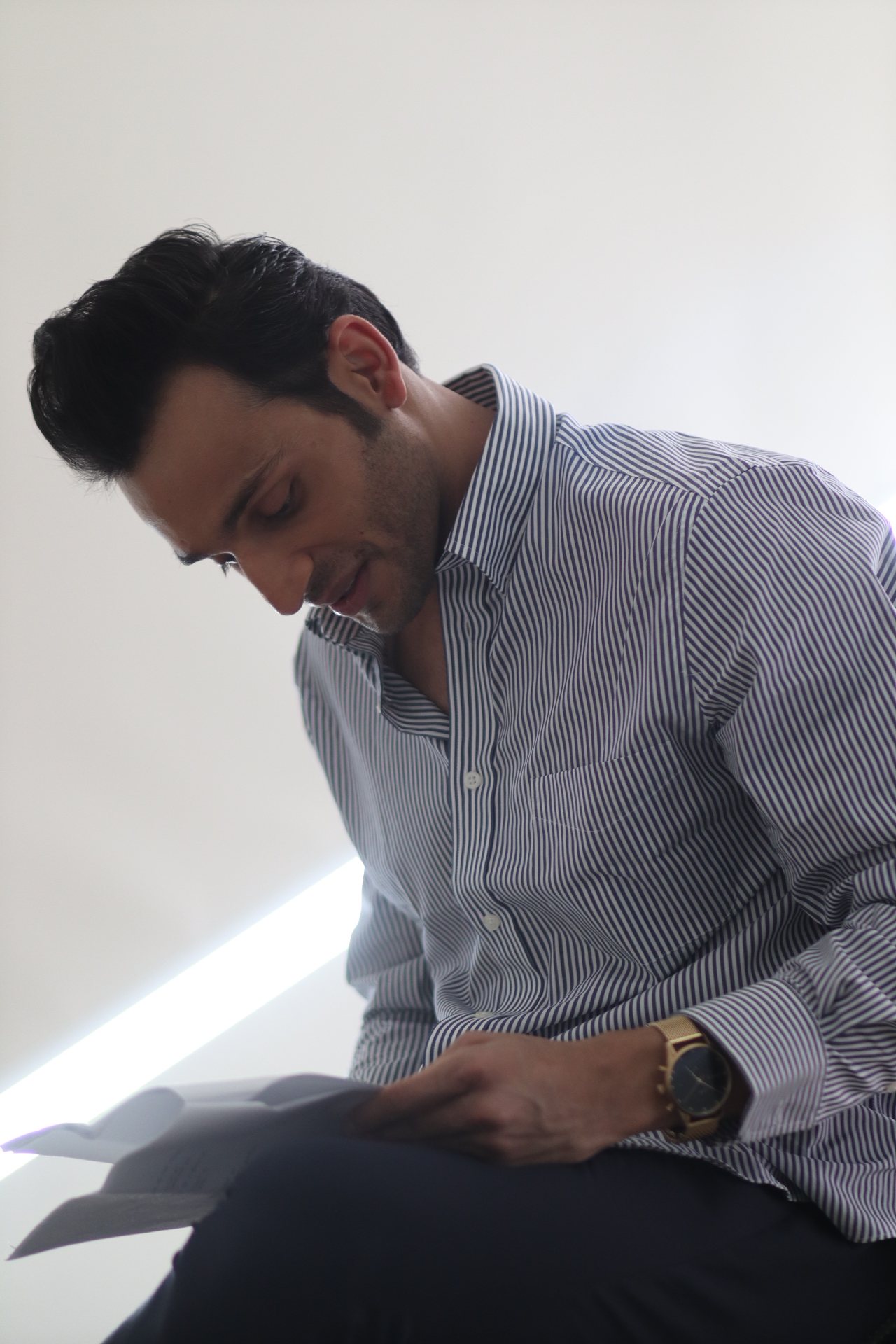 Anis Maknojia is a man of many talents. He made his acting debut in the 2019 short film Artifice, before going on to produce and star in the comedy drama Interest, and produce the ensemble thriller Breathe. His latest film, Jack, was a chance to take an even greater role in the creative process, as the story had been percolating in the back of his mind for some time.

Jack stars Maknojia as the head of a growing tech company whose relationship with his fiance takes a sharp turn. When a new opportunity presents itself, the titular character allows his predatory instincts to kick in. Maknojia pitched the film as a slasher flick that purposely leaves details the character vague, so the viewer is forced to fill in the blanks themselves.

Film Daily was fortunate enough to chat with Anis Maknojia about his varied career, his creative process, and his chilling new film. Here’s what he had to say: 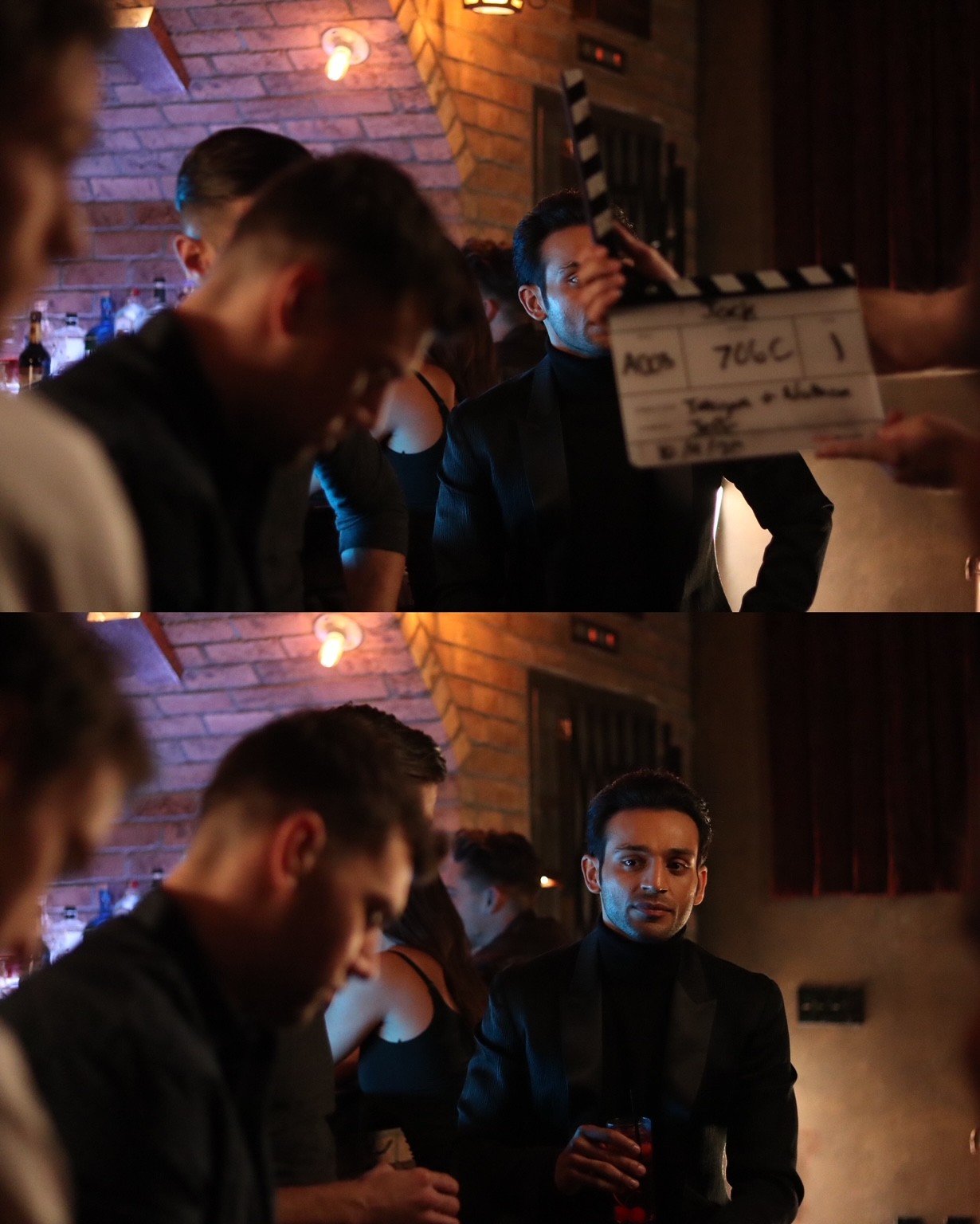 Tell us about your journey into filmmaking. What did you do before joining the entertainment industry?

In Texas, I was a business owner and real estate developer. I still am. Since coming to Los Angeles, I’ve brought some of those same ideas here. I started Land Ahoy! in Los Angeles but some of it is based on the work I did in Houston.

Is there any TV show or movie that inspired you to become a filmmaker?

Nothing in particular, but I’ve always been a fan of crime dramas. I think the genre offers so many opportunities to tell stories. It’s really unlimited.

Who are your current influences as a filmmaker?

Michael Mann. Ridley Scott. A lot of people go right to the Alien franchise when they hear Ridley Scott, and the first movie was really a great exercise in building tension. But there’s Thelma and Louise. American Gangster. Michael Mann brought us Heat. Hancock was really a fun movie, and an interesting idea.

No, I don’t really have any past experience with mentors but I’ve worked alongside a few people who I now see as mentors. I don’t think you can force it, a relationship like that. I think it needs to come about naturally. There can be a lot of value but I don’t think you have to have one. 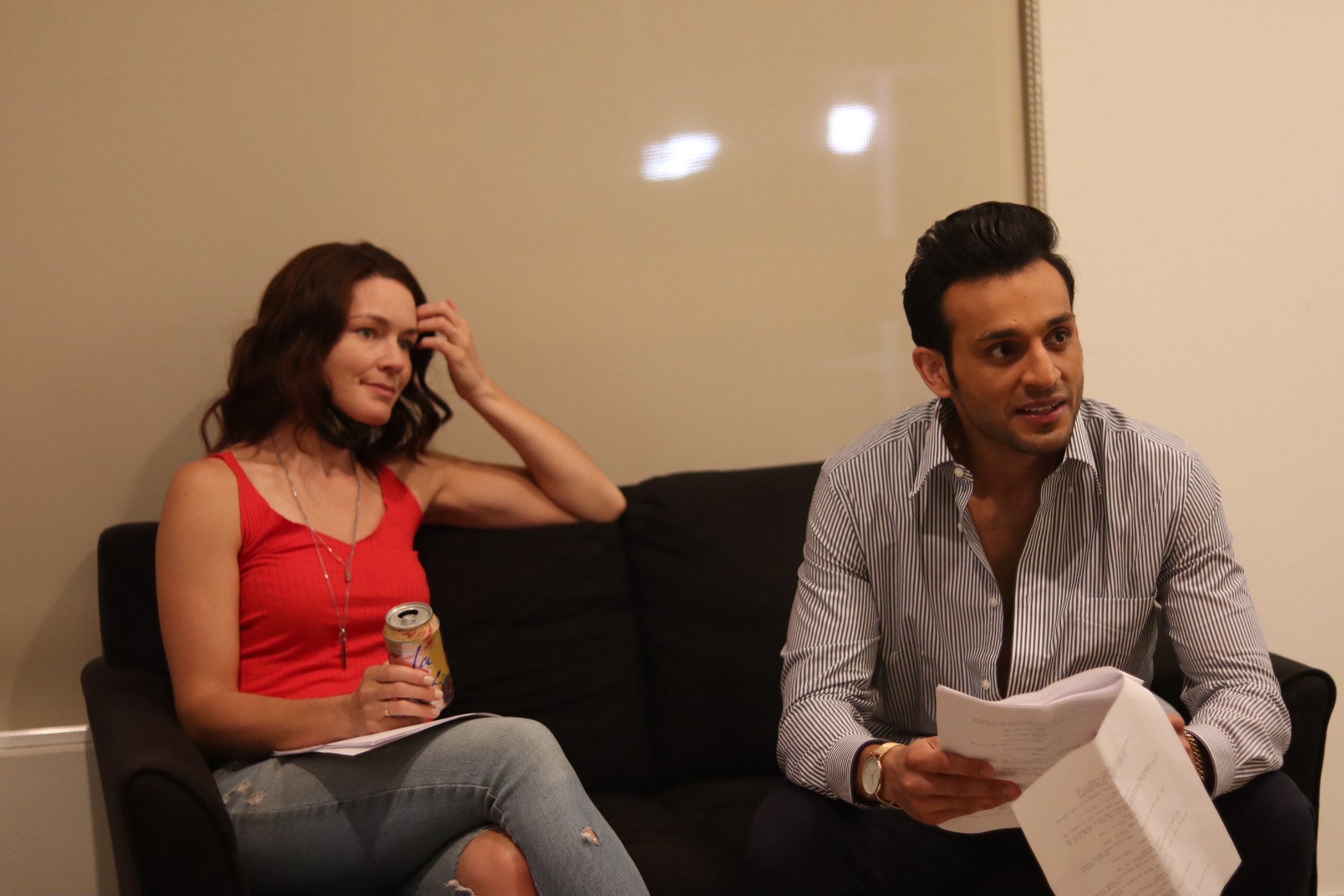 What five movies do you think everyone needs to see in their lifetime?

Just five? The Godfather series, we’ll count that as one. The Alien series is two. The Hangover, but only the first one. The Matrix series is four. Oh, and Fight Club. Fight Club is such a great expression, Tyler and the narrator. There. Five.

What’s your favorite part of the filmmaking process?

Putting together the story. Tyler Durden with no story may not be a great movie. The story is the foundation. Once you have that, then comes my second favorite part – casting. Seeing how different people work together and the chemistry they can create is … it just draws me in.

Do you consider yourself an indie filmmaker? If so, do you think you’ll always be one?

I’m a semi-indie filmmaker right now. I’m working toward it. I will consider myself as one once I do a full length feature film. Always? Probably. If the opportunity comes along and it feels right, I’ll probably give it a try. I think that’s true of filmmaking, acting, or a meal or taking a trip.

Walk us through your creative process. Do you listen to any particular music to help you create?

There’s no single process. I just go with the flow and put everything together. I try to be adaptable. 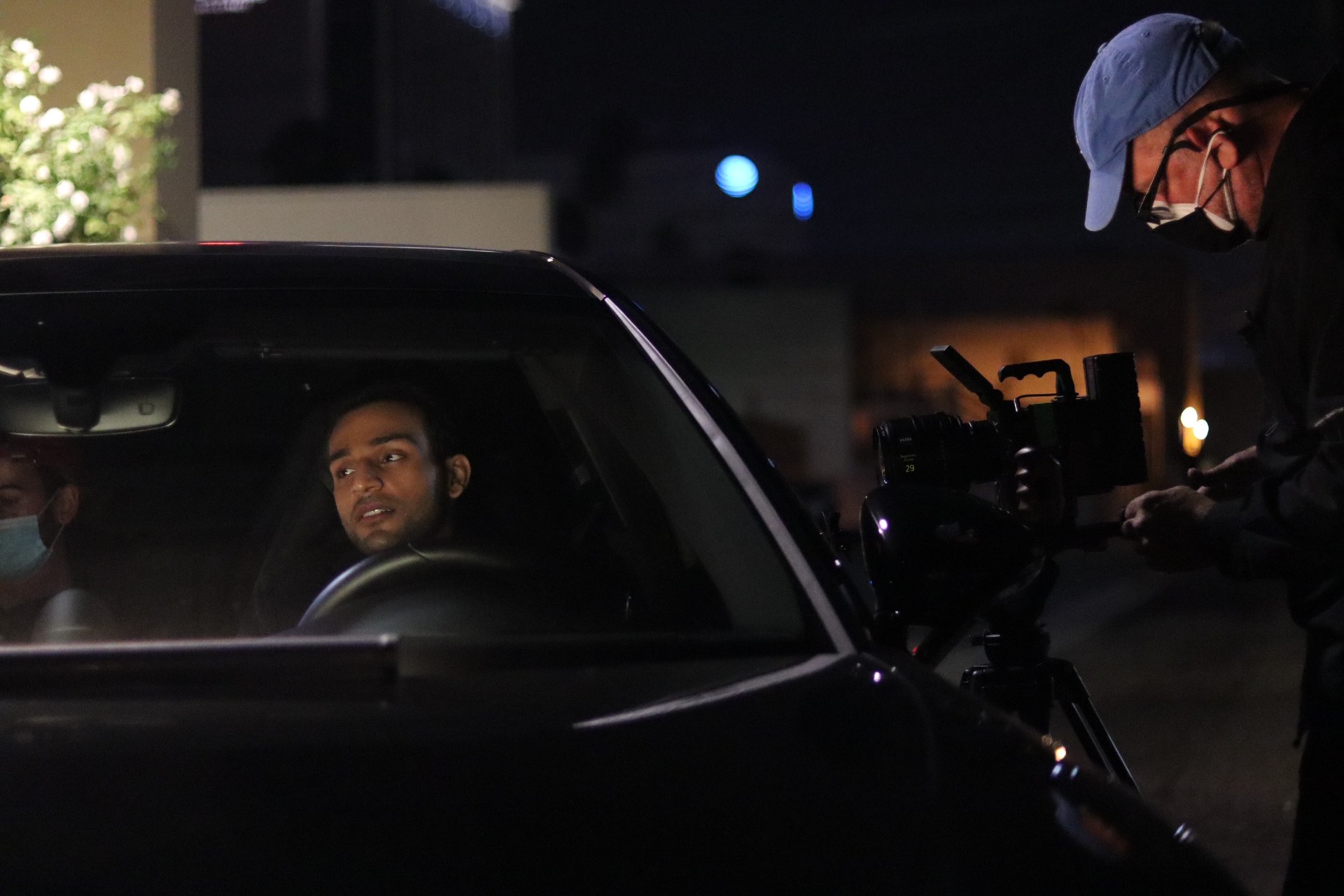 What’s the first project you ever worked on, and what did you learn from your experience?

Artifice was my first project. I learned to trust the folks around me to deliver what they are hired to do.

What inspired you to create Jack?

It was a combination of the slasher films I watched when I was younger and, really, a change of scenery. The idea has been around for a while, but I wasn’t able to focus on it until I had to return to Houston during the pandemic. I couldn’t do a lot of my usual things, so I found I had time on my hands and the ability to focus.

What was your experience shooting Jack?

It was fun. It was amazing to see an idea which I’ve had for a while come to life. It was a lot of effort to get things done, with COVID changing how things work, but it made me rethink some things, which is good. There is no one right way to accomplish a goal.

Jack was shot during the pandemic. What was it like trying to coordinate the shoot while keeping the cast and crew safe?

As expected, it was a challenge. We had to take a lot of precautions but we had the right people in place and, like I said, it was an amazing experience, the best in my short history of filmmaking. The best so far. 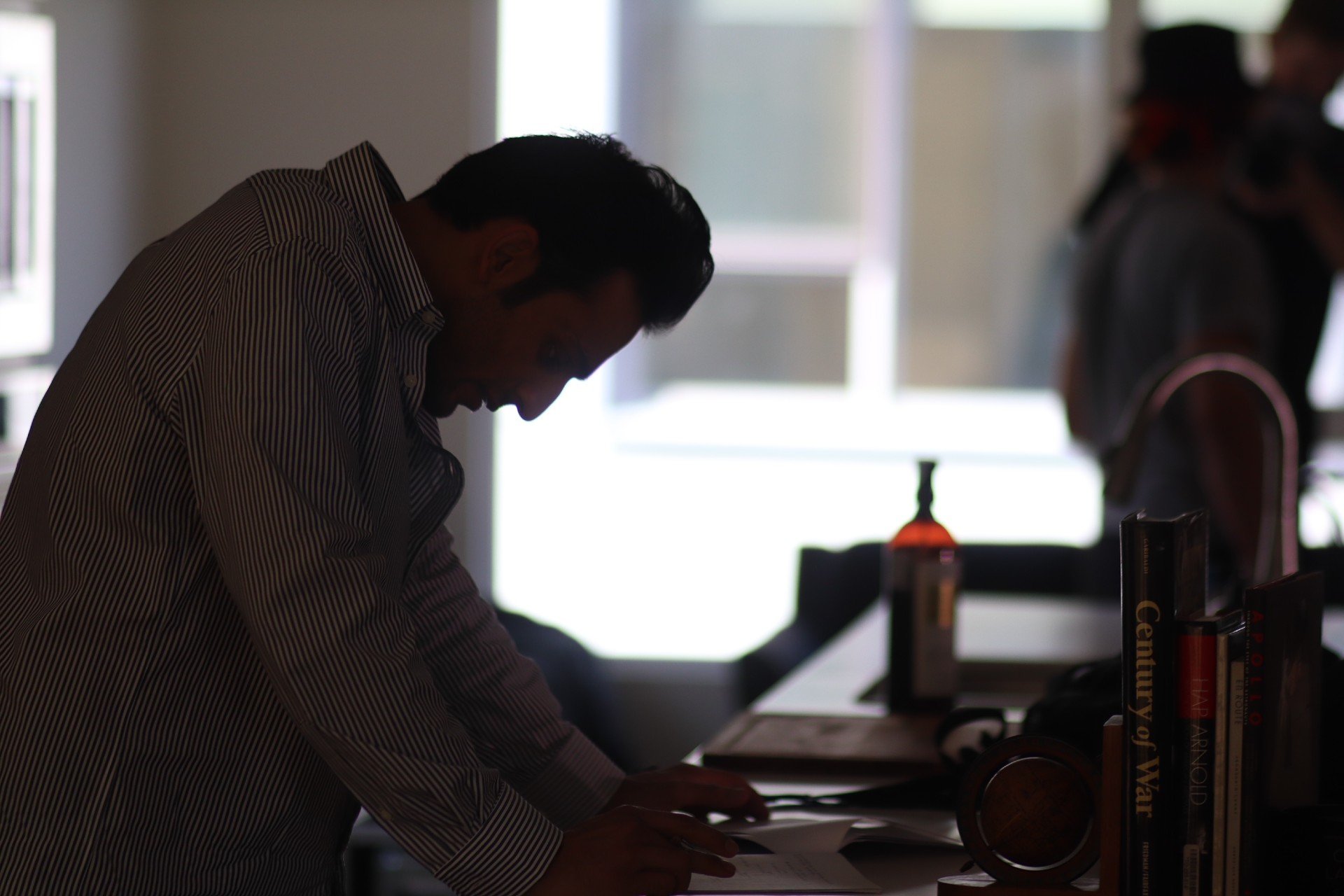 You wrote a bunch of different hats while working on Jack. What was it like trying to juggle all those responsibilities?

It was tough but I’m always up for a challenge. I’m one of those people who see a challenge as an opportunity. They get me and keep me motivated. I did this, now I think I can do that. I tried this, now I want to try that.

A big point you made when creating Jack was to cast a non-white male as the lead in the film. Why is it important to be diverse in all parts of the cast?

With everything going on in the world today, I think I want to avoid any questions about race. I’m sure we’ll talk about it again in the future.

What do you hope people take away after watching Jack?

It wasn’t intended to be a thought-provoking film, but some of the early feedback I’ve received is making me reconsider. And the responses I’ve heard have been sort of all over the place. There isn’t one single takeaway. Whatever your impression, I do hope the audience enjoys the film and the hard work that went into making it.

I see myself working alongside the biggest names in the industry and also with up and coming talents. We’ve talked about Ridley Scott. That would be amazing. I don’t think I would say I have a specific roadmap to a specific destination. I want to try new things and go in new directions. 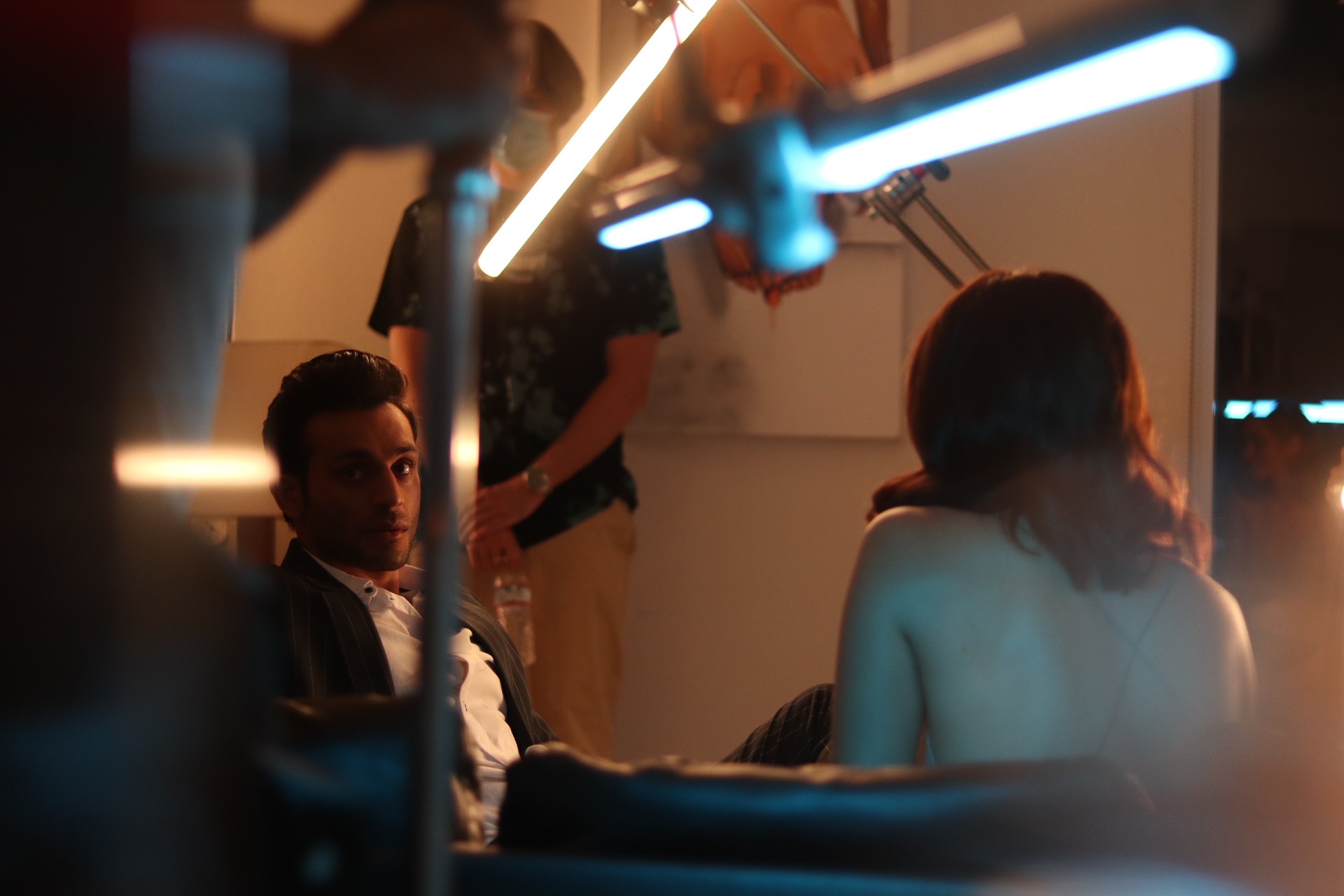 What is your favorite film of all time and what did you take away from it?

I don’t think I can narrow it down to just one. Favorite comedy? Favorite drama? There is so much out there. I think I’ll just say it’s the top five movies we talked about earlier. What is your favorite color? Well, for what? On a car or for painting a wall or a shirt?  With all this talk about Fight Club, I’d sit down and watch it right now.

My biggest success was establishing myself as a businessman. That being said, I’ve had my share of losses but I try to stay positive and look for the lesson to be gained through them.

As far as filmmaking projects go, I’m taking a small break from them. I’ve been trying to find some more acting roles. I’m always open to hearing about something new but acting is where I’ve decided to put my focus, my energy, right now.

Consistency is the key. Work hard and keep working harder. Look at your challenges as inspiration and motivation to reach your goals.