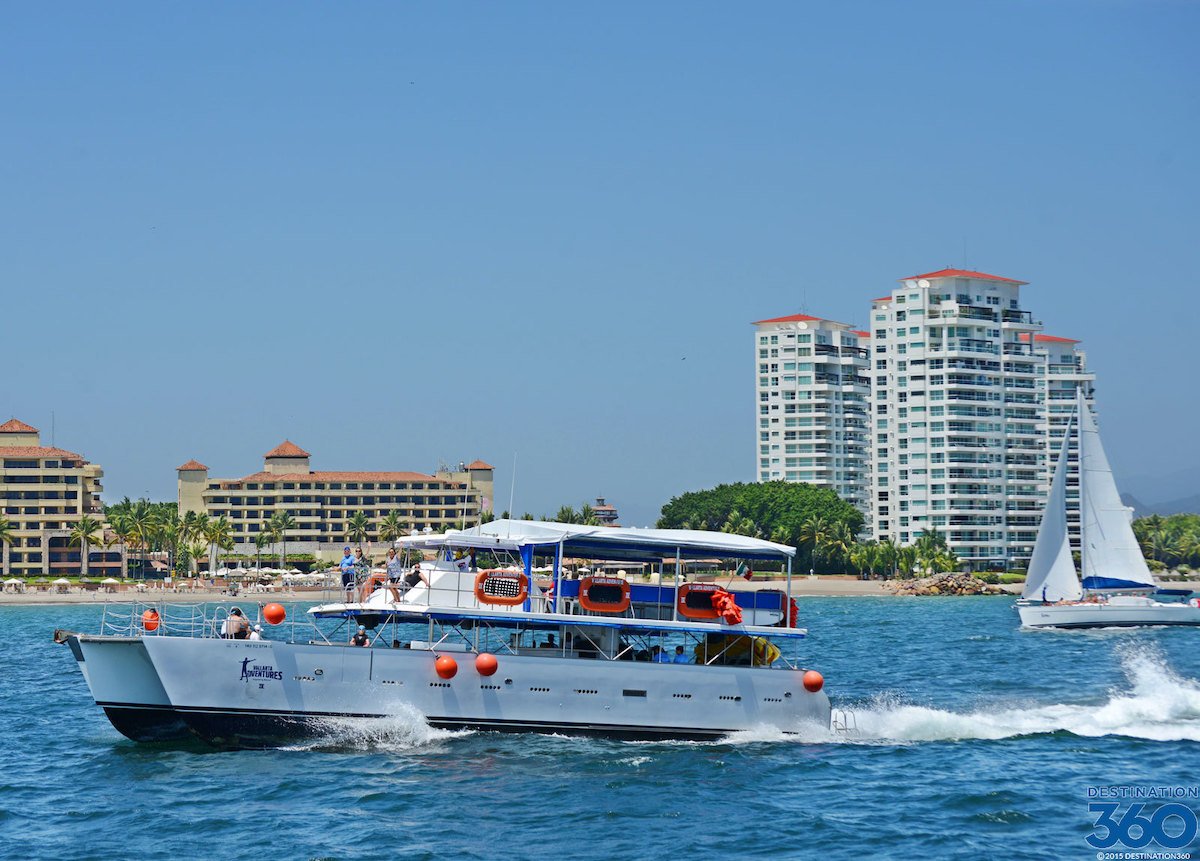 Sinking in 2020: The partygoers who spent New Year’s Eve underwater

Pretty much everyone on the planet was relieved to wave goodbye to 2020, but some people’s transitions into 2021 went a little smoother than others. In Puerto Vallarta, Mexico, a party boat filled with New Year’s Eve revelers capsized. Here’s everything we know about the shocking event. 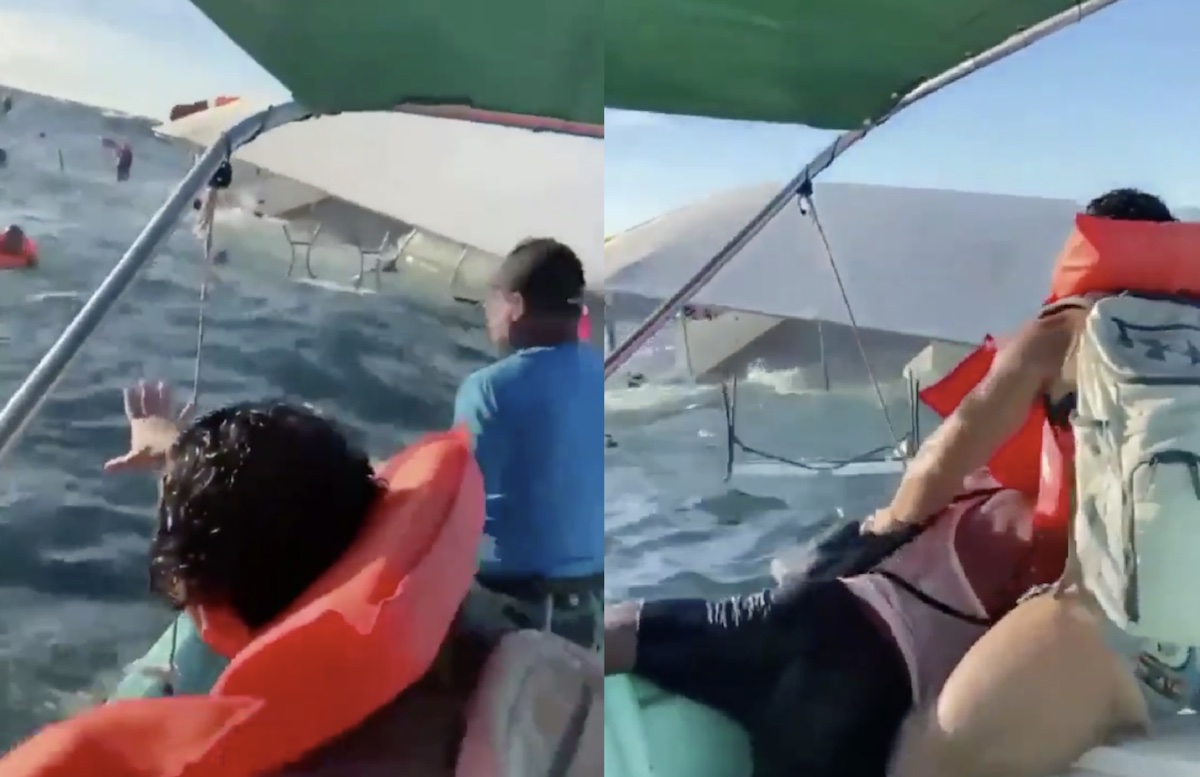 The party boat, which is owned by a gay cruise company PV Delice Party Cruise, went down at around 5:00 PM local time on New Year’s Eve. The vessel reportedly had around sixty passengers on board, and was on its way back to shore when the disaster happened.

Emilio Blanco, a visitor from Chicago, told Out and About PV, “I think the crew just didn’t know how to maneuver the catamaran very well, the sea was not very rough nor was it too windy.” He continued: “I saw at least 10 boats coming to help. I jumped in a private boat whose owners were graceful enough to send their captain to help out. It was quite a scary situation!”

Blanco added: “it was like the Titanic, it went all down slowly. We were about to sail back to Puerto Vallarta, but the catamaran barely moved.” 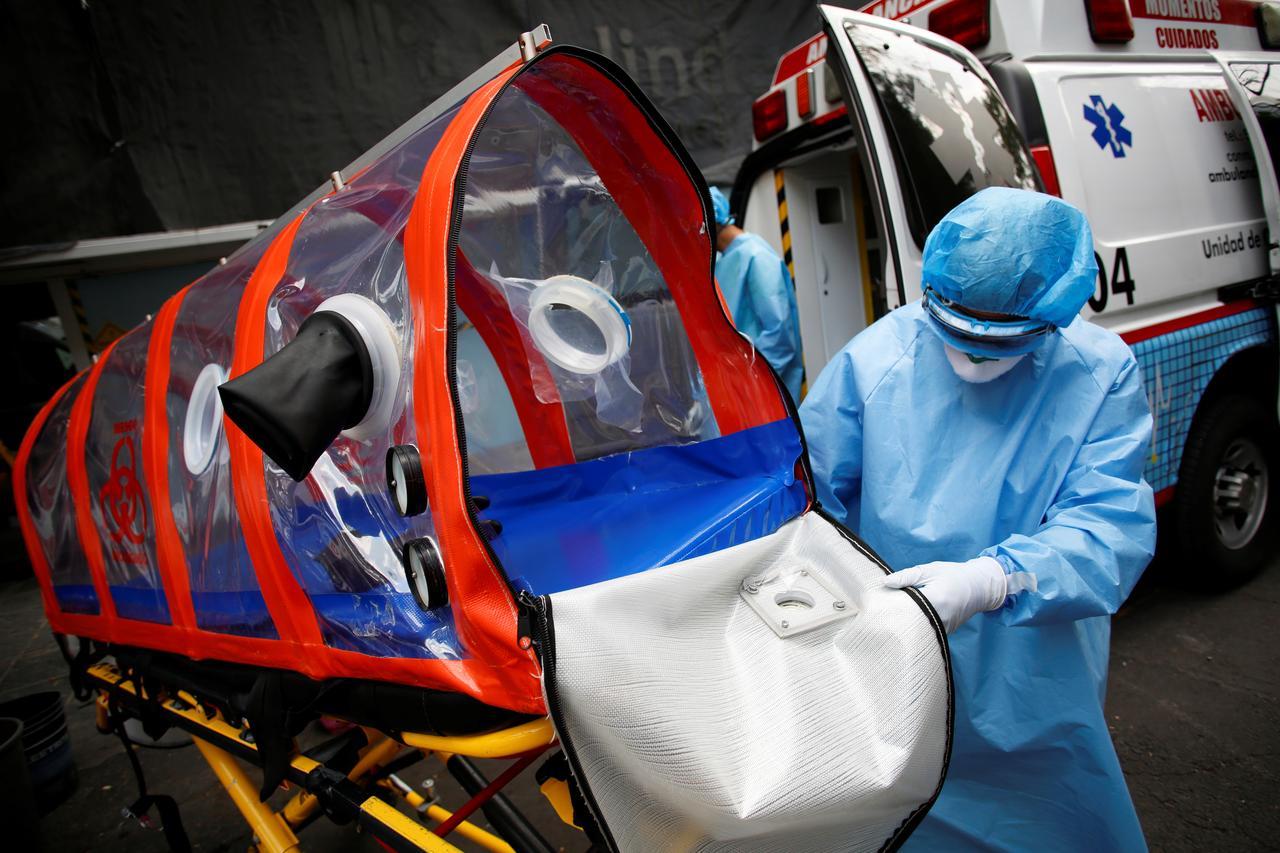 Not everyone was sympathetic to the partygoers. Since local hospitals in Mexico are already largely at capacity due to the COVID pandemic, many argued the American vacationers were acting selfishly and carelessly.

One outlet that’s been outspoken about the potentially lethal cruise is the Washington Blade, an LGBTQ publication based in Washington, D.C. They criticized, in particular, Jeffrey Sanker and the rest of the organizers for setting up a “superspreader.”

Due to the potentially dangerous nature of the event, authorities & social media detectives took it upon themselves to track the party, but Sanker and other organizers changed the details of their event to evade any kind of punishment. Despite an onslaught of preemptive criticism, Sanker didn’t require attendees to wear masks or follow social distancing measures. 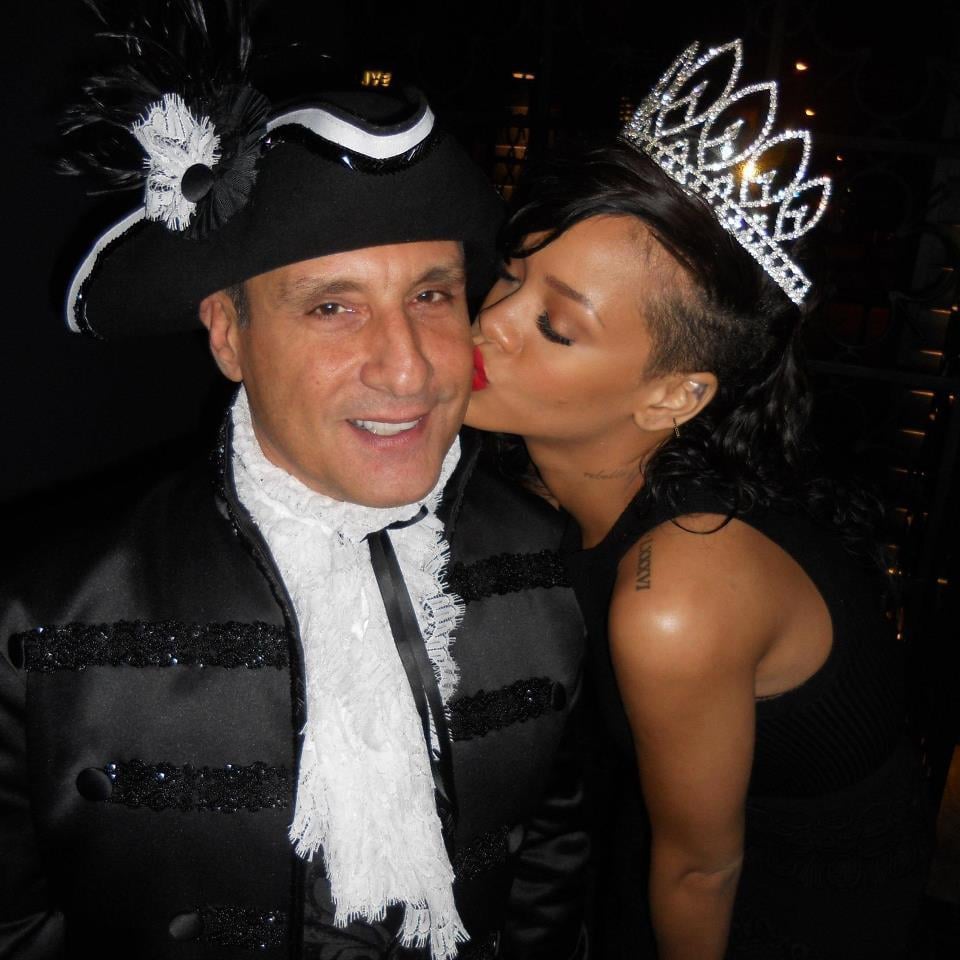 An Instagram account, @gaysovercovid, called out Jeffrey Sanker for his superspreader event. The account posted the party guidelines, and wrote: “@whitepartypalmsprings & @jeffreysanker hosting a party during a global pandemic lacks every ounce of empathy for the sick, dying, dead, and soon to be sick victims.”

They continued: “This is done out of greed and only lines their pockets. They’ve requested this not to be shared. So we’re sharing it. Here’s to hoping this gets shut down too! 🤞🏼🤞🏼🤞🏼” 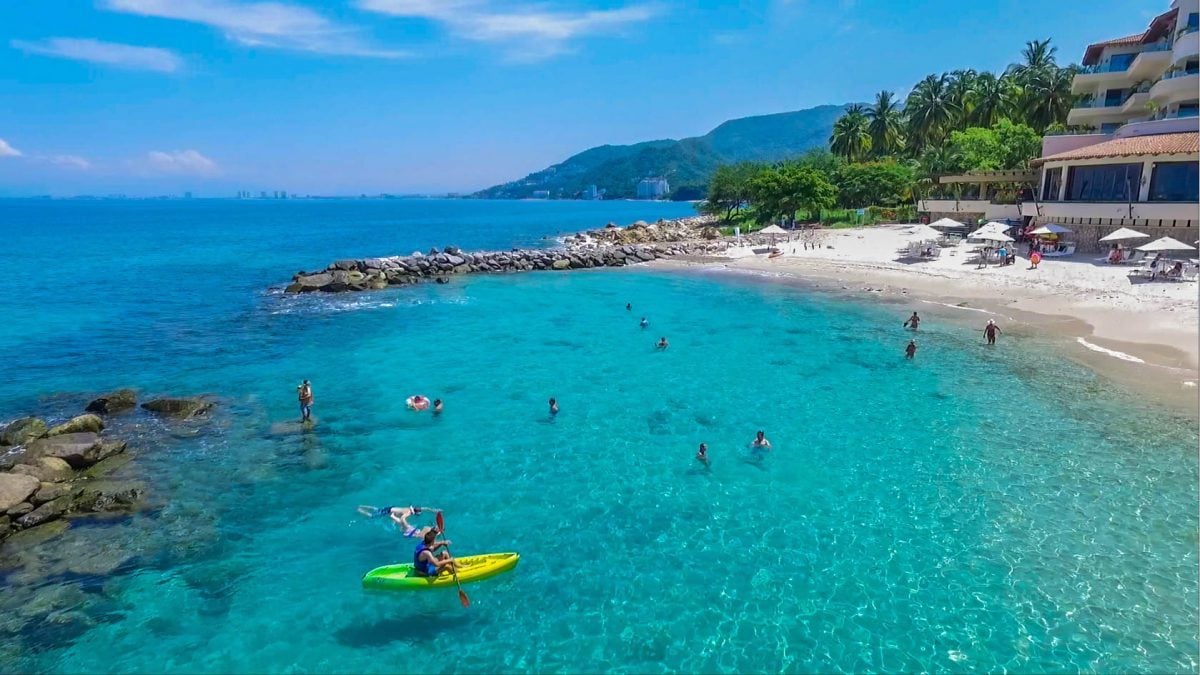 Commenters immediately shared their outrage. “Who can we contact at the Mexican government to help get this shut down??” asked one person. Another stated: “The hilarity of expecting attendees to exercise good judgment by not taking photos. It is appalling that this is what they’ve chosen to insist upon. Remember this when considering whether you are safe at any White Party event in the future.”

Another person pointed out: “The reckless disregard with infecting the local communities in Mexico is vile 🤮. White privilege colonizer behavior on full display.” 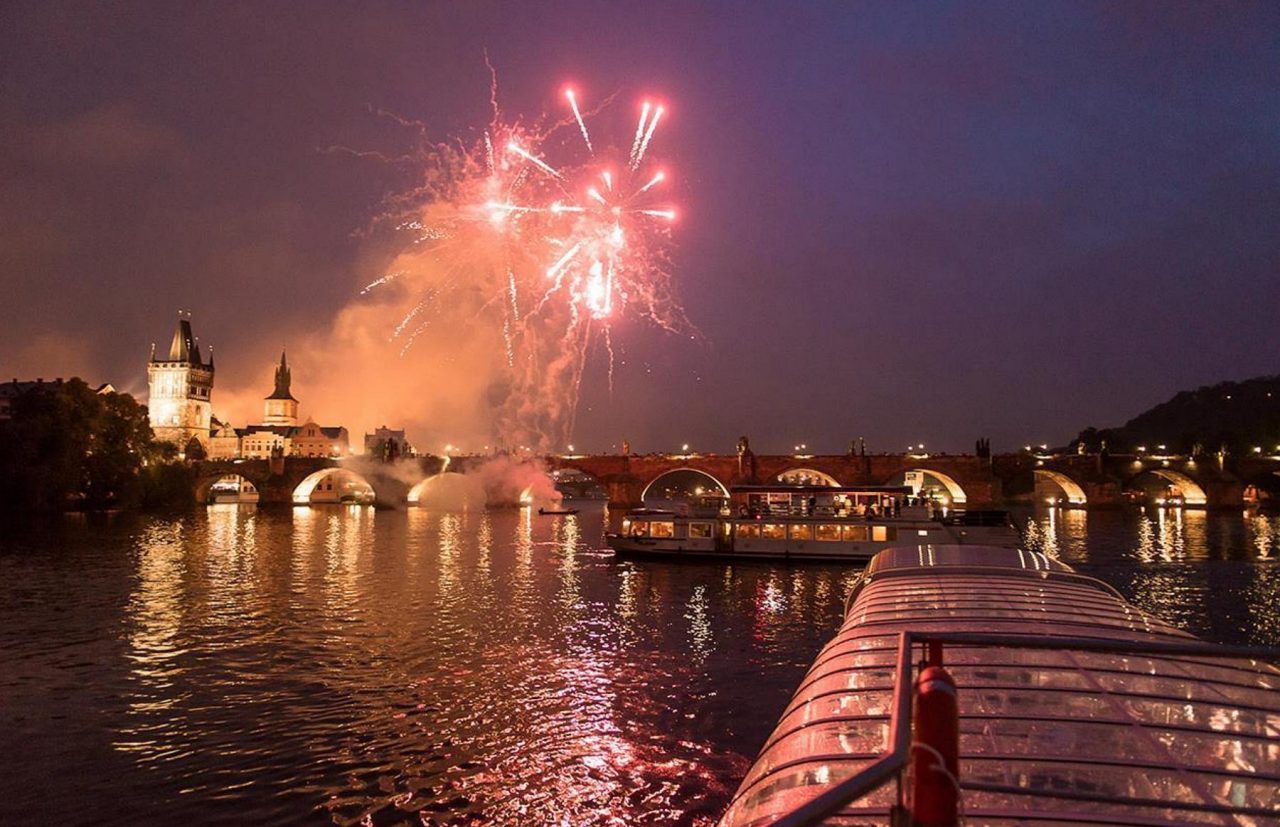 What local authorities are saying

A couple days before New Year’s Eve, Puerto Vallarta News expressed their frustration with the event in a statement.

“If you are interested in still visiting the COVID Superspreader New Year’s Eve Celebration where foreigners come to our community and throw big parties and leave COVID while causing our businesses to close and people to lose their jobs,” they wrote, “they have changed their mega party to Riviera Nayarit and even offer a nice closed bus to transport you there with a lot of people packed together.”

They continued: “COVID isn’t causing businesses to suffer, it’s the actions of people. We are tired of it. We have supported this event in past years and given it positive coverage, but this year it’s irresponsible and should be canceled.”

In addition, a source told LGBTQ Nation that “some celebrities and influencers, and particularly egregious U.S. nurses and doctors, from Cedars Sinai and other respected and noteworthy medical centers” were expected to be in attendance.