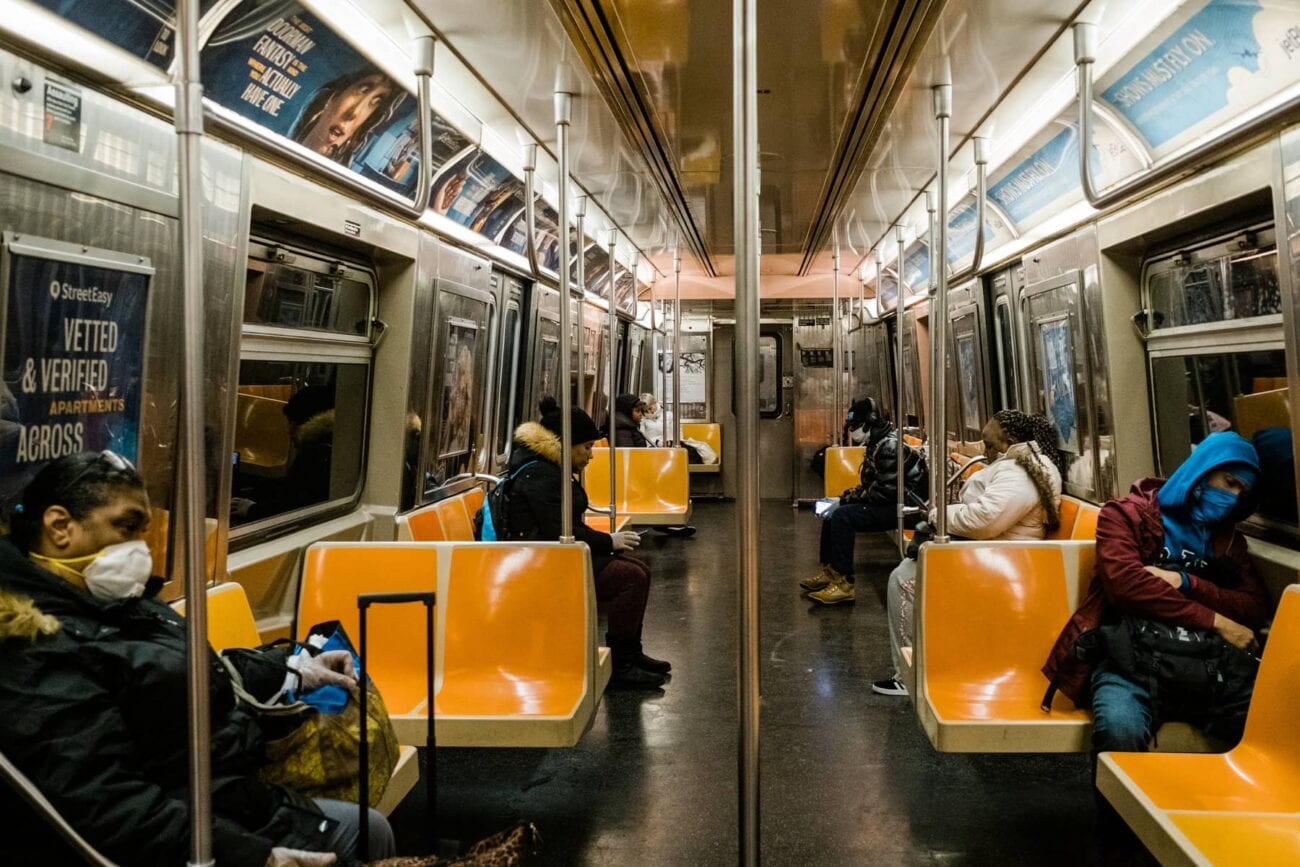 How has COVID-19 affected NYC transit and its workers?

To mention that our lives have been upended by the COVID-19 pandemic seems a bit of an understatement, not to mention a very obvious fact. The responses to the pandemic have been varied: most of us have gone online for work & school as much as we can, some are flat-out dismissing coronavirus as a hoax, some are frontline workers tirelessly working through the threat, yet others are callous about the gravity of the situation.

The statistics are appalling. The total cases in the world at the time of writing stand at 43.5 million, with the U.S. leading the tally at 8.78 million cases. The death toll of the pandemic has crossed the million mark, too. Social distancing is advised, mask-wearing being made mainstream, and everyone’s talking about adjusting to the “new normal.”

The frontline workers – from healthcare workers, doctors & other medical staff, to the hospitality industry – have always been at the front & center of the challenge. As the lockdown restrictions have eased, the list has welcome other adjacent professions, like drivers, airport personnel, among others. 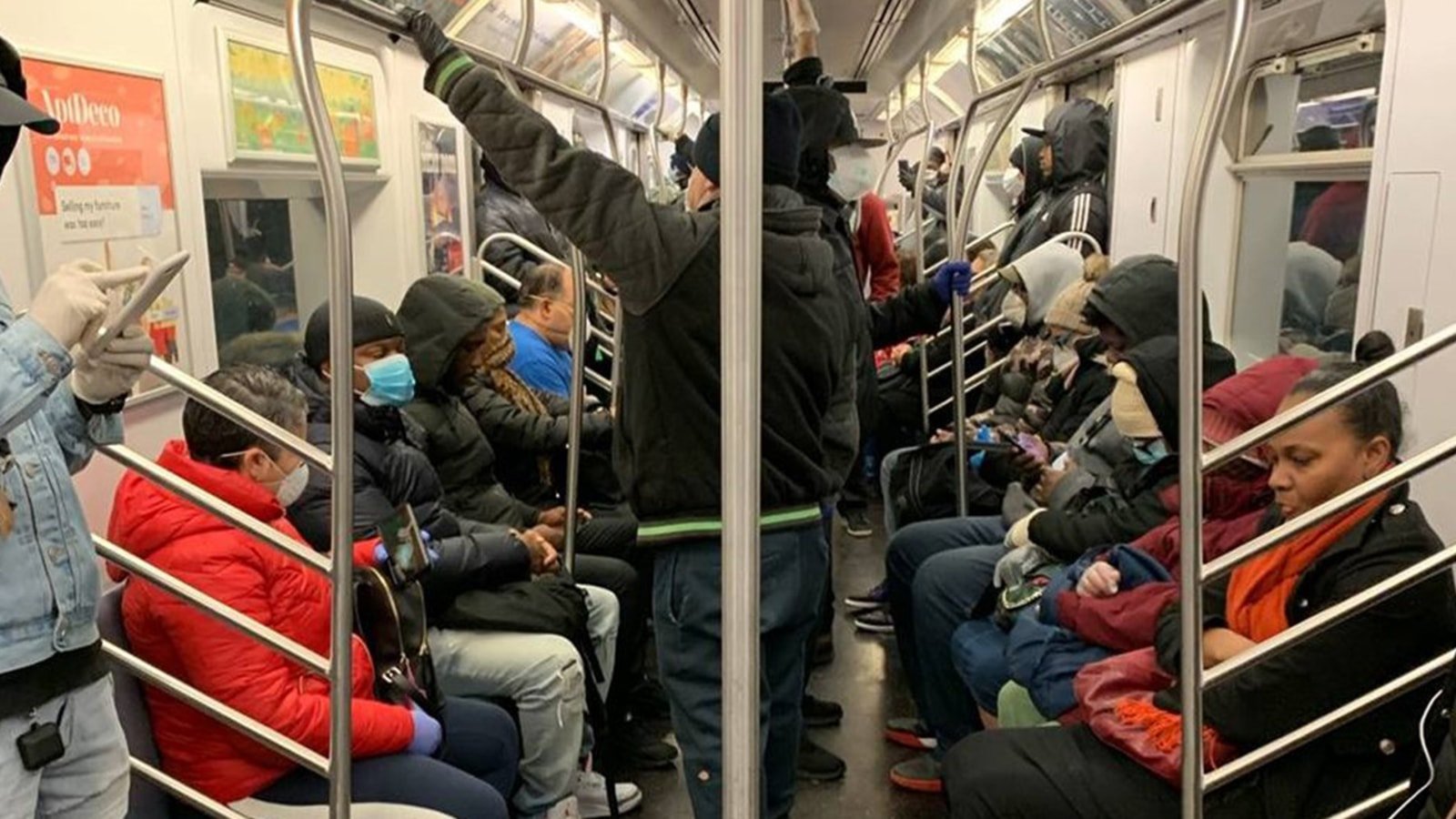 The curious case of the NYC transit workers

Being on the frontlines of the pandemic can be extremely daunting. There’s unprecedented pressure on one’s physical, mental, and social wellbeing. But there’s the most straightforward threat, first & foremost, that of the coronavirus infection.

NYU researchers undertook an ambitious survey, with NYU epidemiologist Robyn Gershon at the helm of affairs, that polled 645 city transit workers. The TWU Local 100 survey revealed that of the 645 workers polled, 24% have reported contracting the coronavirus. That’s a whopping one-fourth of the transit workers – who were exposed to & eventually got infected with the virus that’s plaguing the world.

Commissioned by the MTA’s largest union, the survey also revealed that the transit workers are also scared going forward. 90% of those polled mentioned that they fear contracting the virus while they’re at work, due to the nature of their work itself. 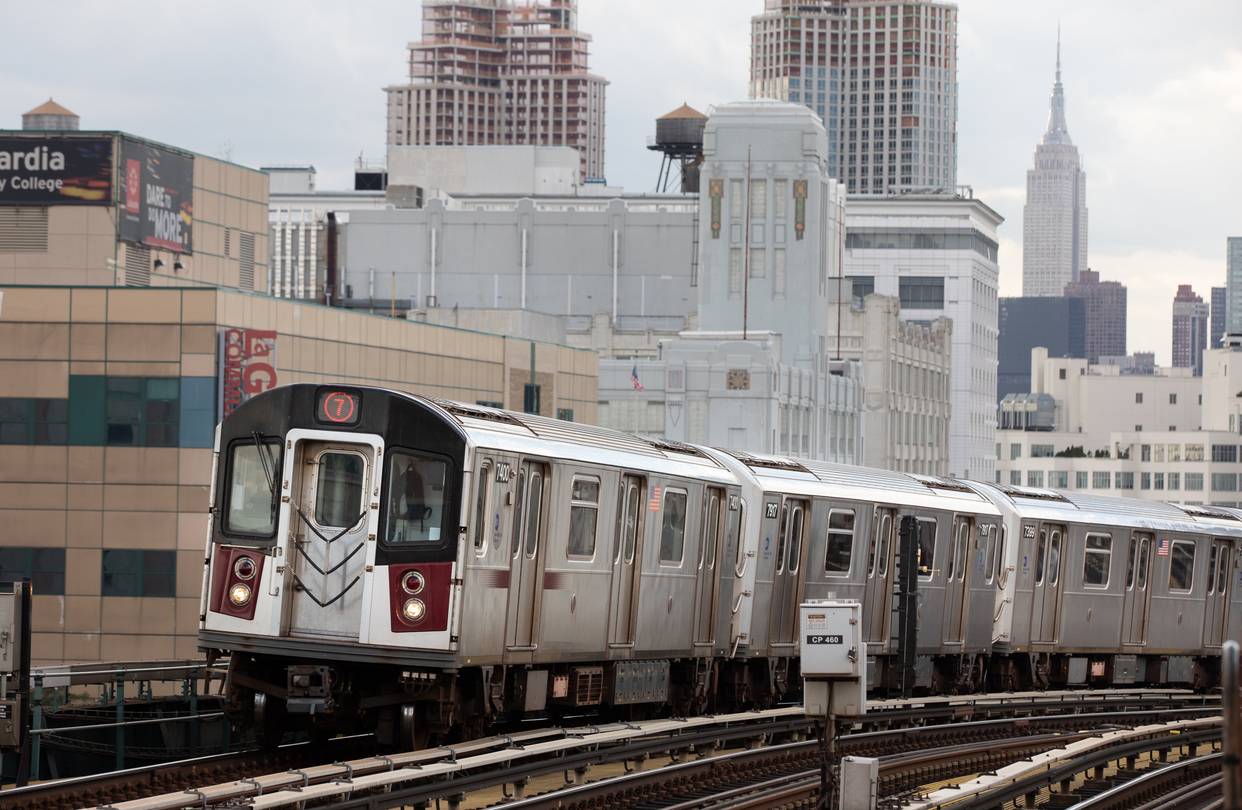 The numbers in transit

Interestingly, the Metropolitan Transportation Authority (MTA), the corporation responsible for New York’s public transport including the subways, has been up & running. They do mention the mandatory requirement of a mask. Their announcement reads, “Remember masks are required when you ride with us. Riders who refuse to wear a mask could get a $50 fine. If you need a mask, ask us for a free one.”

In addition, they’ve also suspended the subway service from 1 a.m. to 5 a.m. while they disinfect stations & trains. Citing CDC guidelines, they’d previously exempted employees from wearing masks at all. As far as preventative measures go, the authority has been slow in adopting the right practices. But is that enough? 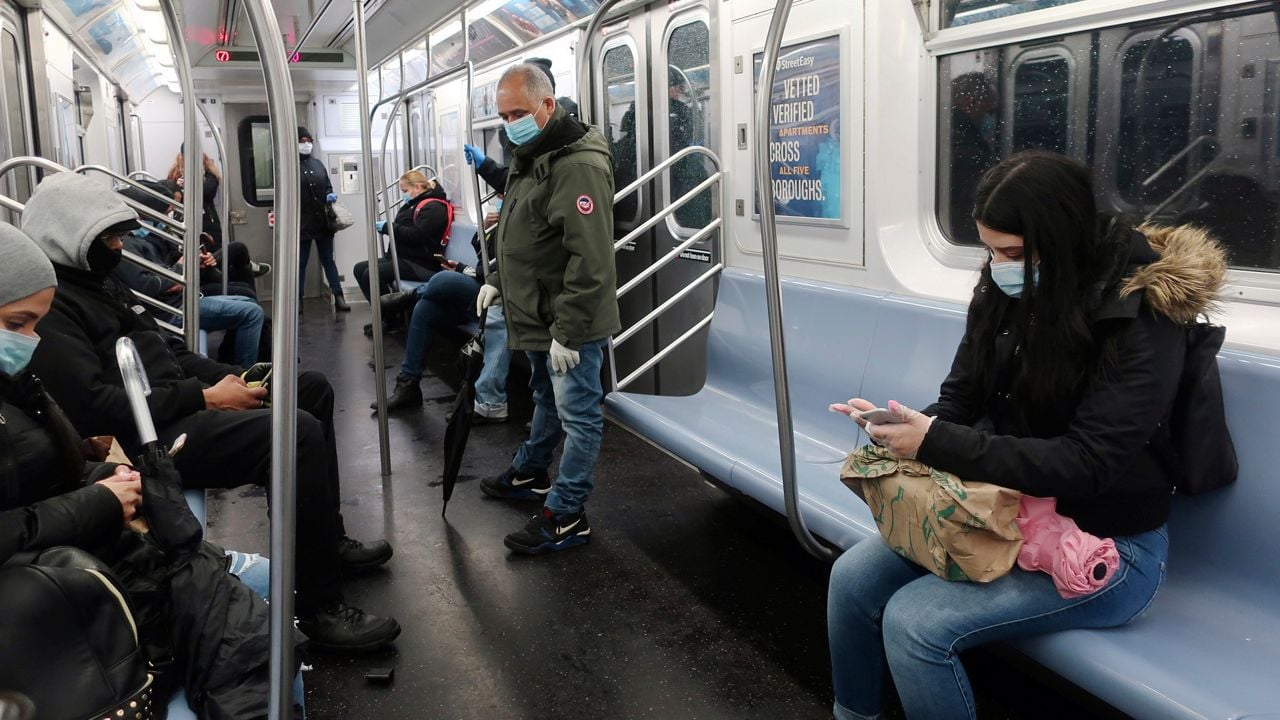 How much is enough?

When the world saw a lockdown in March & April, the only way subway service got canceled was due to a huge number of workers calling out sick. Now, they’ve introduced protective measures in all modes of transport, including buses. There’s even a break-room space.

Having said that, some irreparable damage has already been done. TWU Local 100 represents approximately 40,000 bus & subway workers at the MTA. This list includes bus operators, train conductors, station agents, track workers, cleaners. Transit workers represented by TWU were the hardest hit among MTA workers, with the virus claiming 90 of the 131 agency employees. 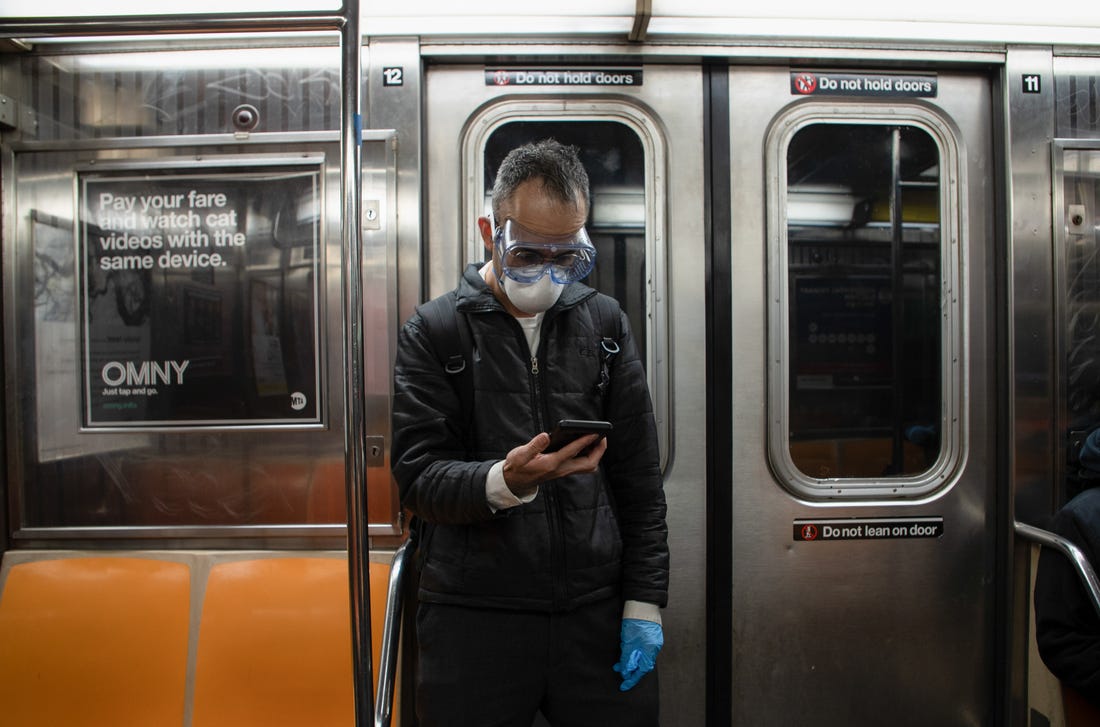 Several other measures are also being put into place now. The on-the-job testing locations will be rotated on a regular basis. TWU Local 100 President Tony Utano was quoted as saying, “This is exactly the type of screening program we have been asking for and it’s a huge step forward in terms of protecting TWU Local 100 members from a possible second wave.”

He added how they will serve the public with caution, “We will closely monitor its implementation but we’re grateful our requests for testing and screening on such a scale have been heard. We need to stay vigilant, and push forward with new and better ways to defend our blue-collar heroes still moving millions of riders a day.”

On the other hand, MTA rep Abbey Collins dismissed these findings as “a poll, not a study. We hope any future ‘study’ is based on science, data, and facts as the MTA’s highest priority remains the safety of our workforce.” 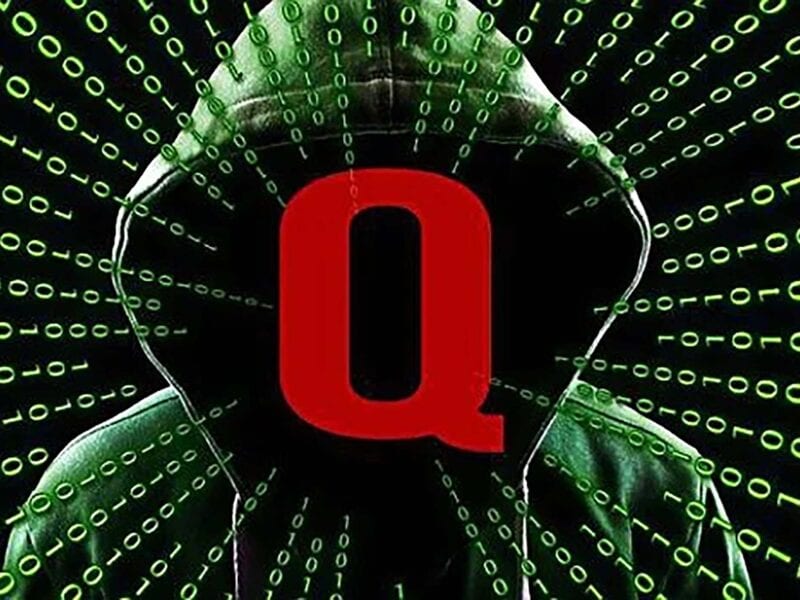 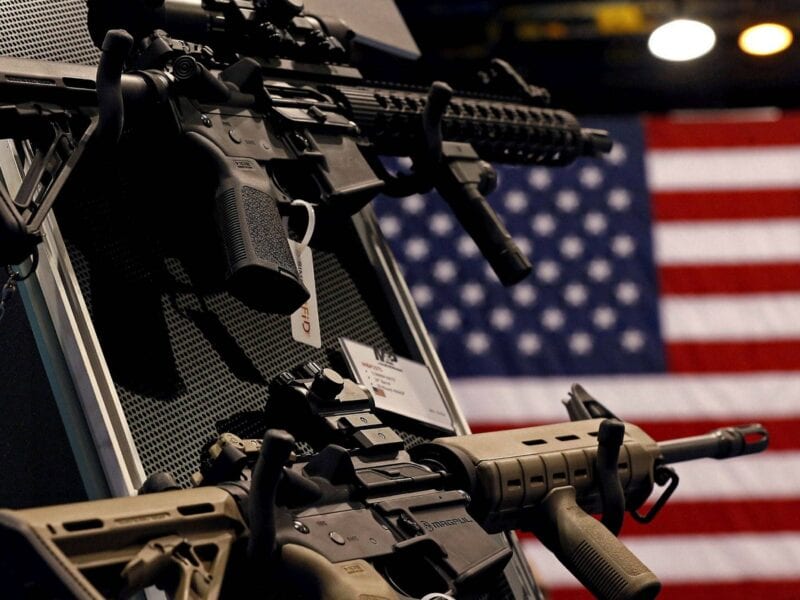 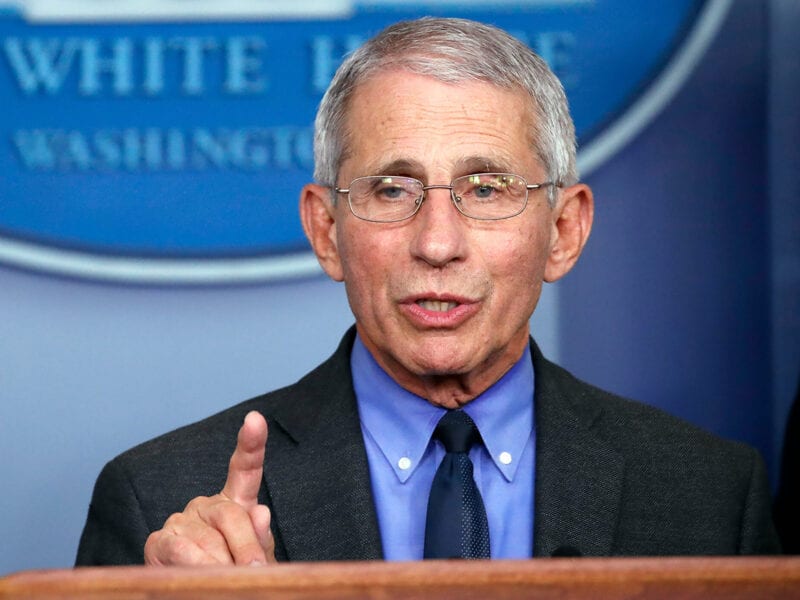