The best memes about the disastrous PS5 pre-orders

Game enthusiasts were buzzing with excitement when Sony made its official statement about their release of the long-awaited PlayStation 5. The hype only skyrocketed when they showed off their impressive PS5 game line-up. The line-up includes high-profile titles like Final Fantasy XVI,  Resident Evil: Village, and an open-world Harry Potter game, Hogwarts Legacy.

Totally stoked about what is to come, people were more than ready to throw in their orders for the PS5. Sony announced that the PS5 will launch on November 12 and that PS5 pre-orders would be available “tomorrow” (September 17.) However, most of the PS5s were already sold out before “tomorrow” even began. (No chance you’re getting one now.)

PS5 pre-orders will be available starting as early as tomorrow at select retailers.

How could this be? A couple hours after Sony announced when pre-orders would be available, Walmart jumped in and said that the PS5 was able to be ordered from them right then and there. After that, GameStop joined the madness, leaving many people confused, disappointed, & sans PS5.

How could Sony let its retail partners do this? They really dropped the ball on this one. We’re bummed, but we’re also here to have a laugh about the matter. Here are the best memes that express our distress about the disastrous PS5 pre-orders. 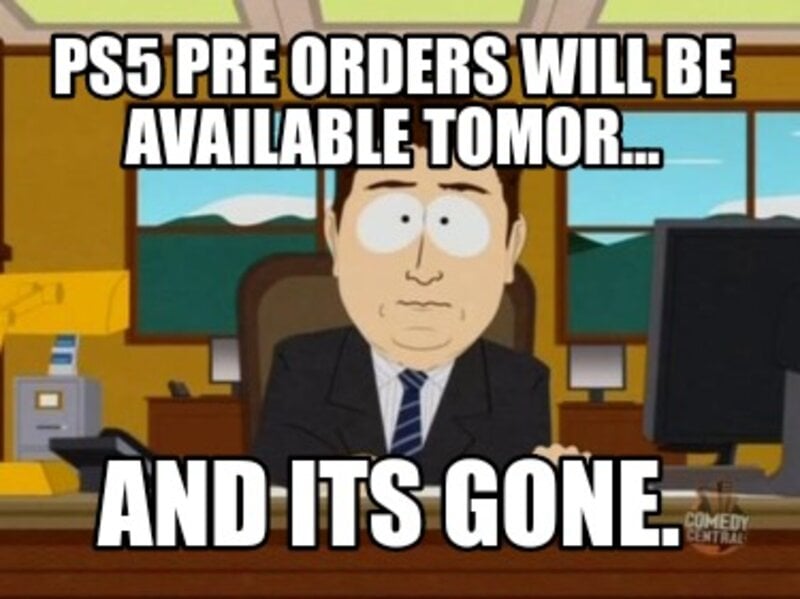 Do yourself a favor and look up this South Park meme if you don’t know it – it’s too perfect when it comes to the PS5 release. 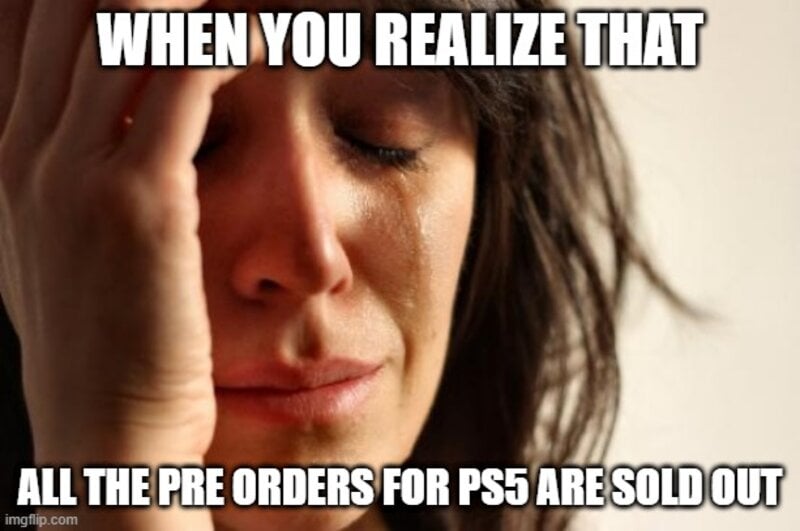 We’re all heartbroken. If you want to feel worse about it look up how much the preorders are selling for on eBay. It’s a tear-jerker for sure. 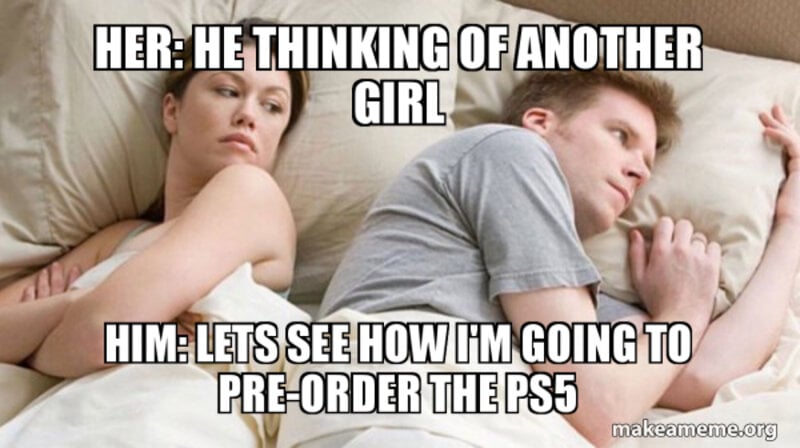 If you didn’t snag a PS5 pre-order, just make your own PS5. It’s pretty much the same, right?

Why did it have to turn out this way?

Why sweat over something you probably shouldn’t (or can’t) buy anyways? PS5s are crazy expensive. 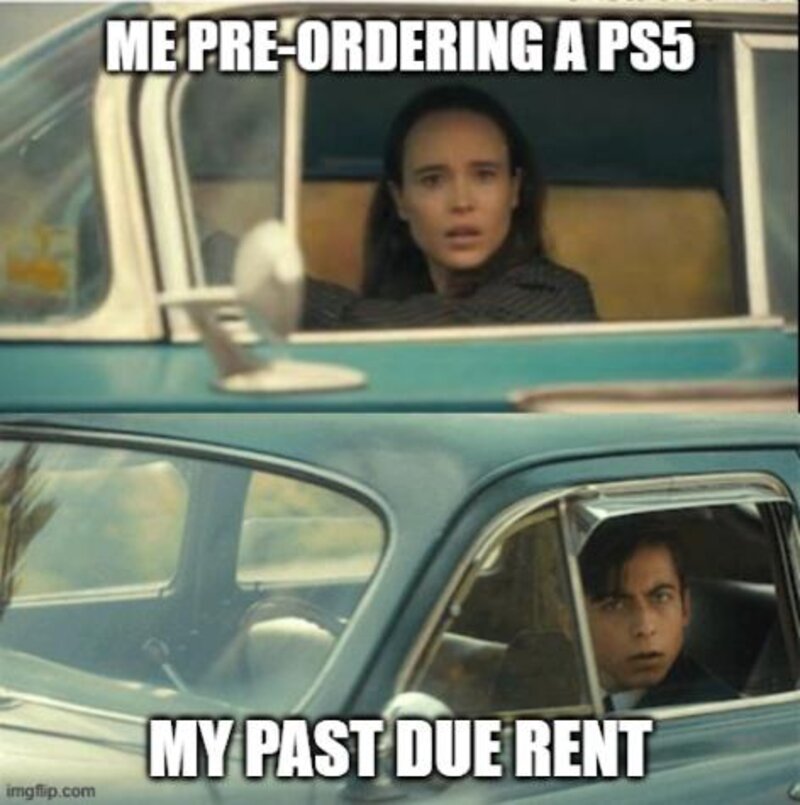 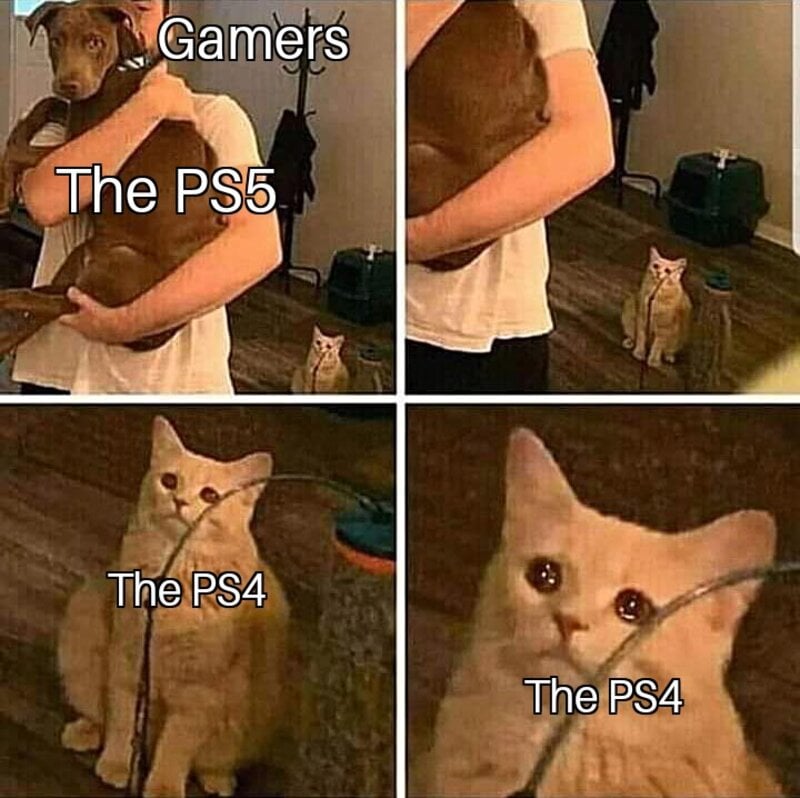 Think about your poor PS4 – it’s probably rejoicing that you missed the pre-order sale.

What it’s like to pre-order the PS5 from PS5memes

Scalpers on the prowl

Scalpers were probably more excited about the PS5 pre-order than people who actually want to use the PS5. Just look at the criminal prices on eBay.

Play does have limits

Sorry everyone – PS5 pre-orders have sailed and your dreams are dead. PS5 needs a new motto now.

Are you salty about the PS5 pre-order disaster? Let us know in the comments. 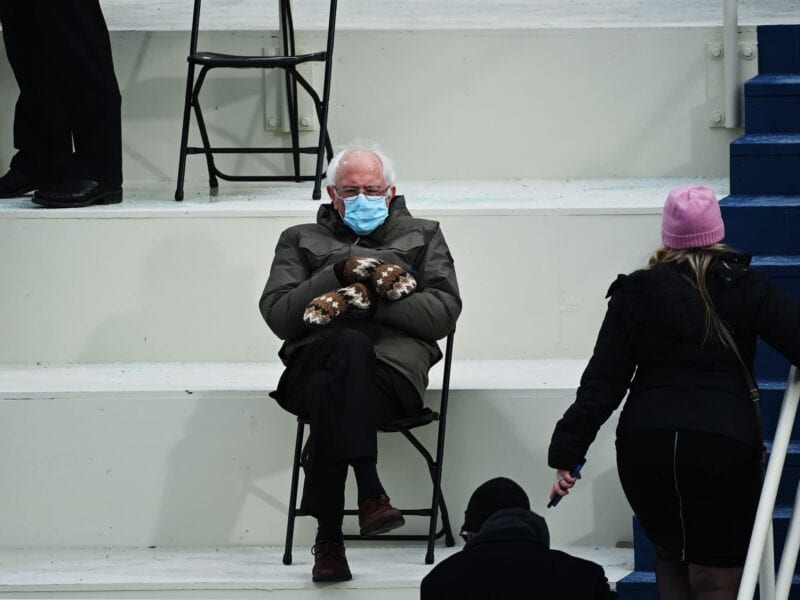 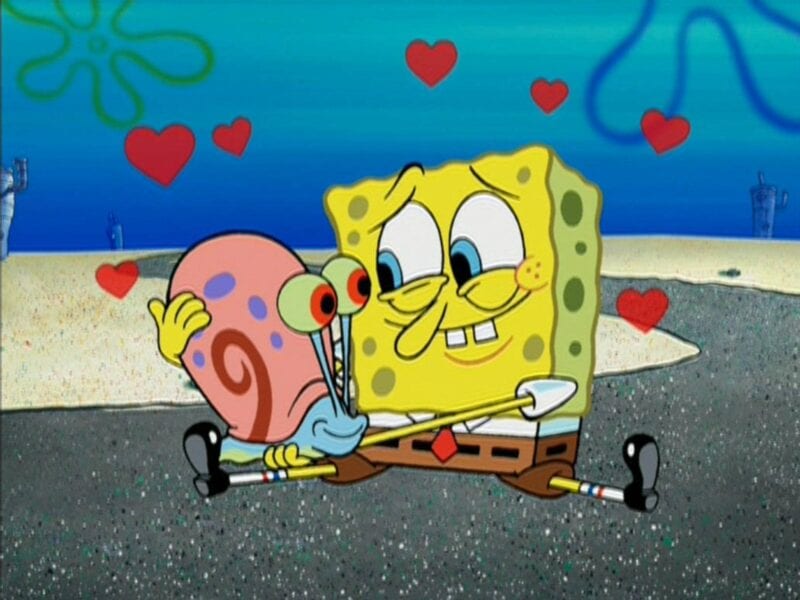 Win their heart the right way: The best memes to send your crush 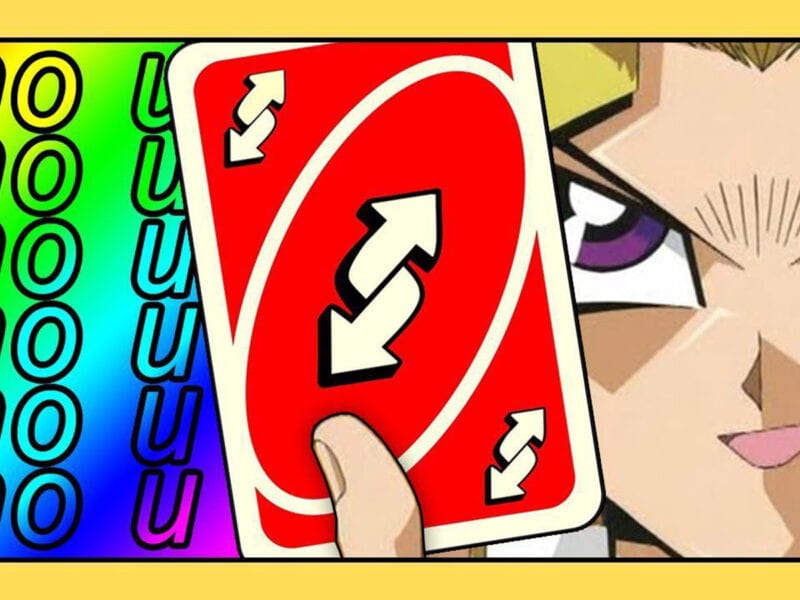