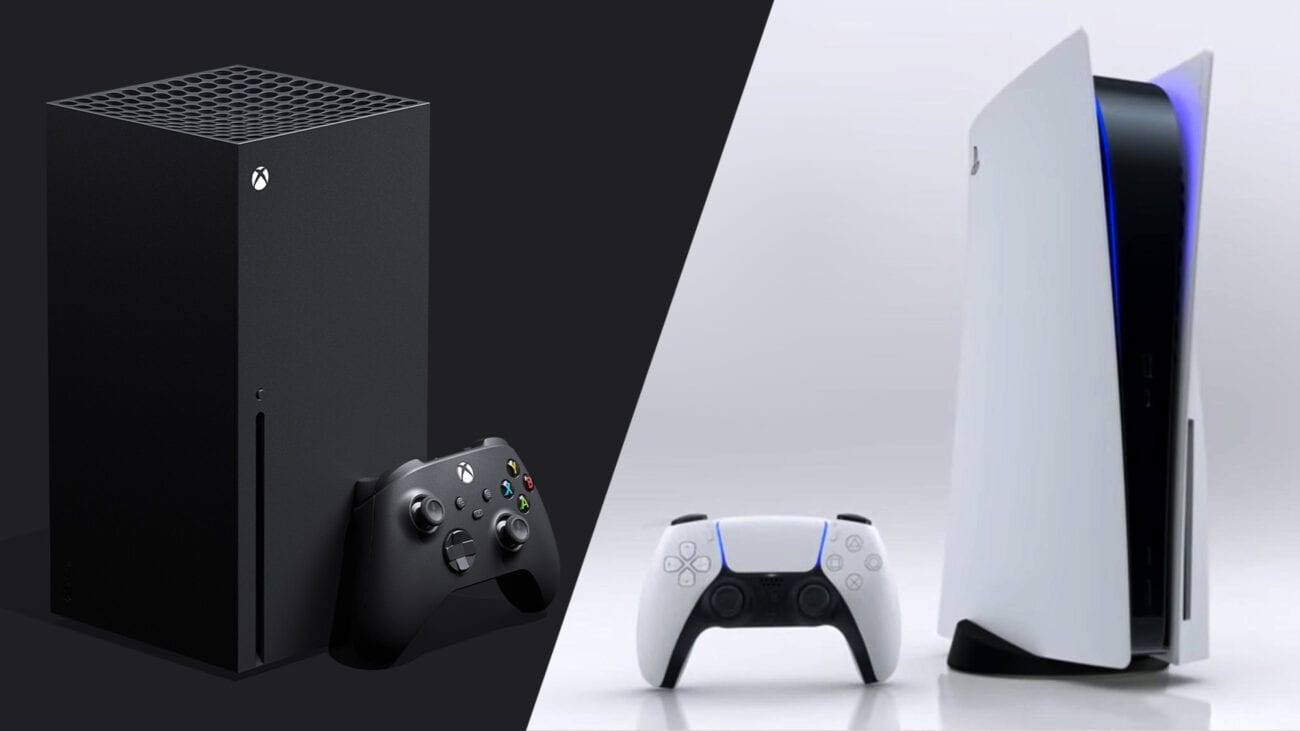 Now that Sony has announced all the details about the upcoming Playstation 5, the console wars have continued once again as gamers decide whether to buy the PS5 or the Xbox Series X. Nintendo may have a next gen console in the works, but it looks like they plan on continuing to ride the wave of the Switch into next year.

But the design of the two new consoles is unique to say in the least. Naturally, the gaming memes have begun as people point out how bizarre both consoles are for designs. We’re fair, so we’ll be roasting both next gen consoles for their stupid designs. 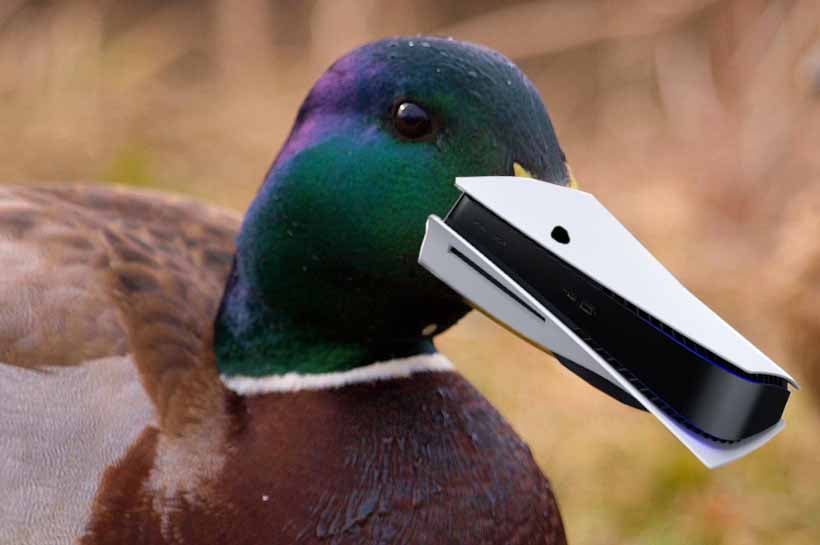 The PS5 looking like a duck beak is low-hanging fruit. Do better internet. 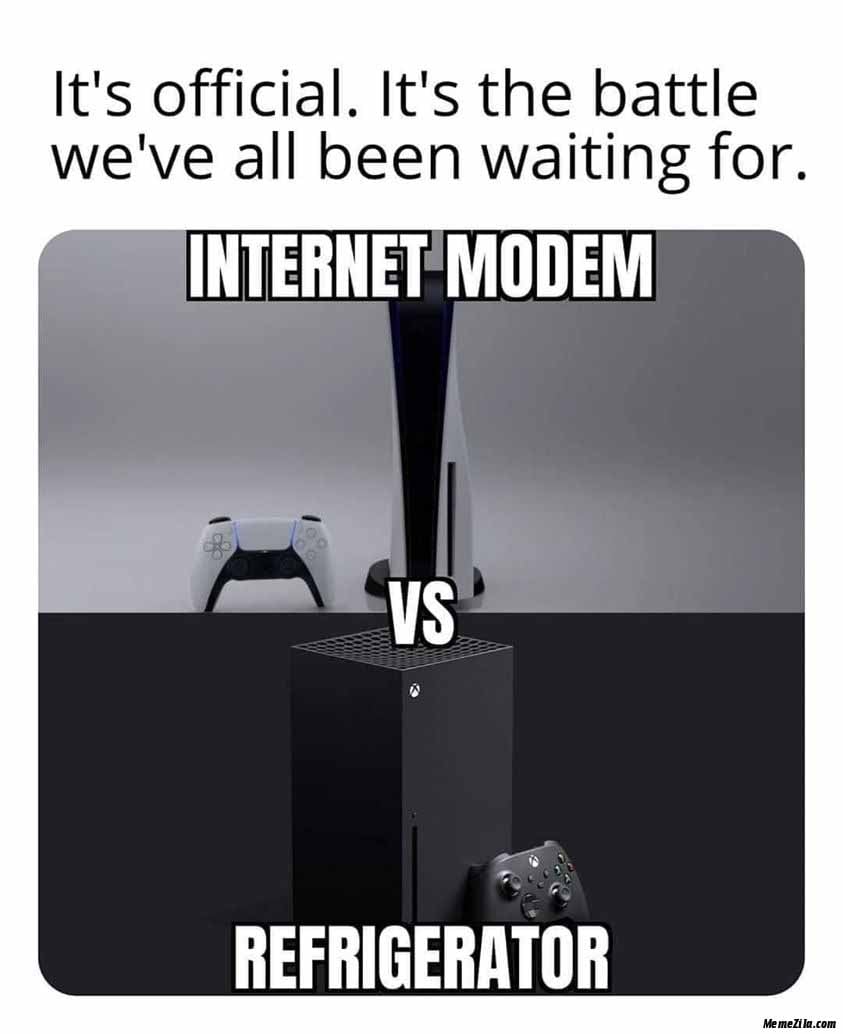 Which one is more important?

Do you choose an internet connection or food? Important choices to be made. 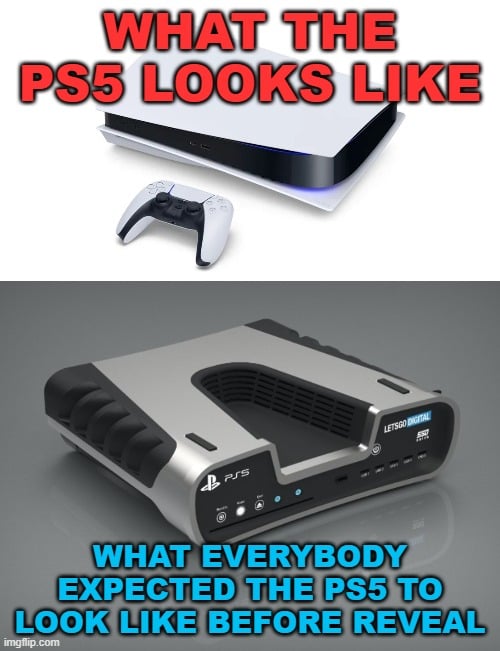 Seriously, that fake PS5 design looks better than the original. Whoever made that needs to get hired at Sony instead of the actual designer. 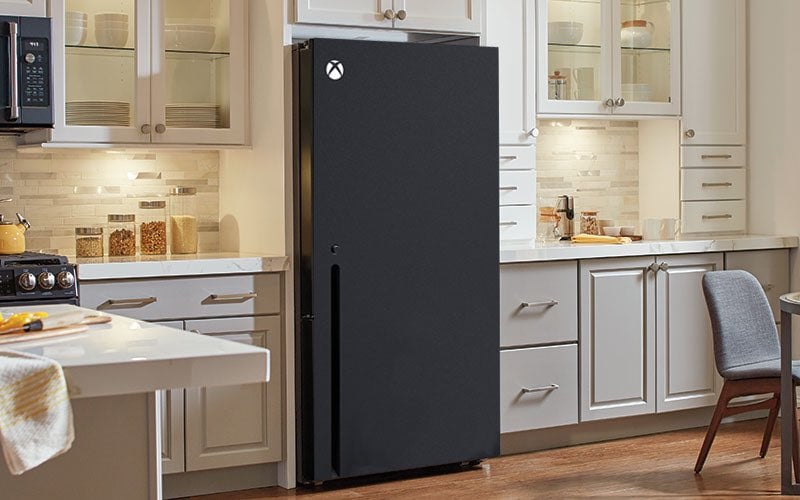 Sure, it looks more like a mini-fridge than a full-sized one, but it’s still an obvious joke. 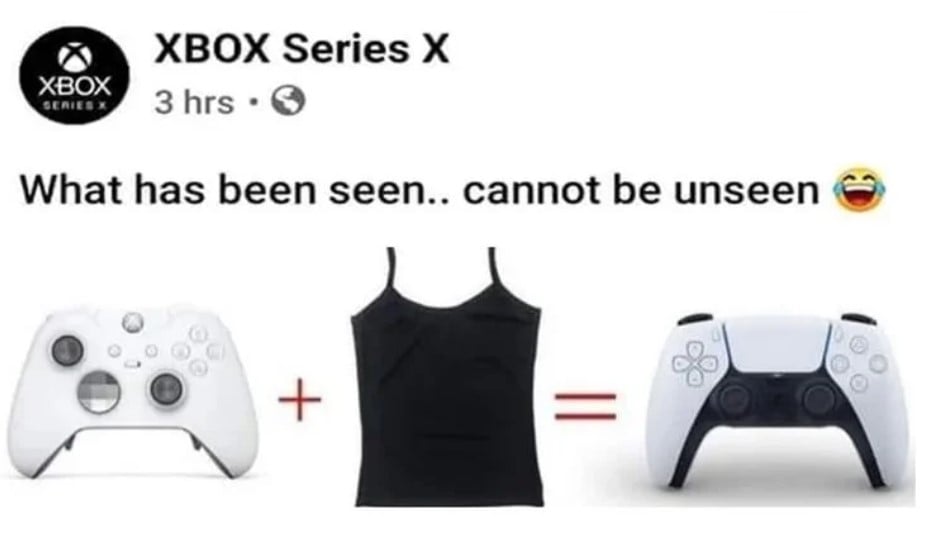 Some parents must have complained that their child’s Xbox controller is too sexy, and Microsoft decided to cover it up a bit. 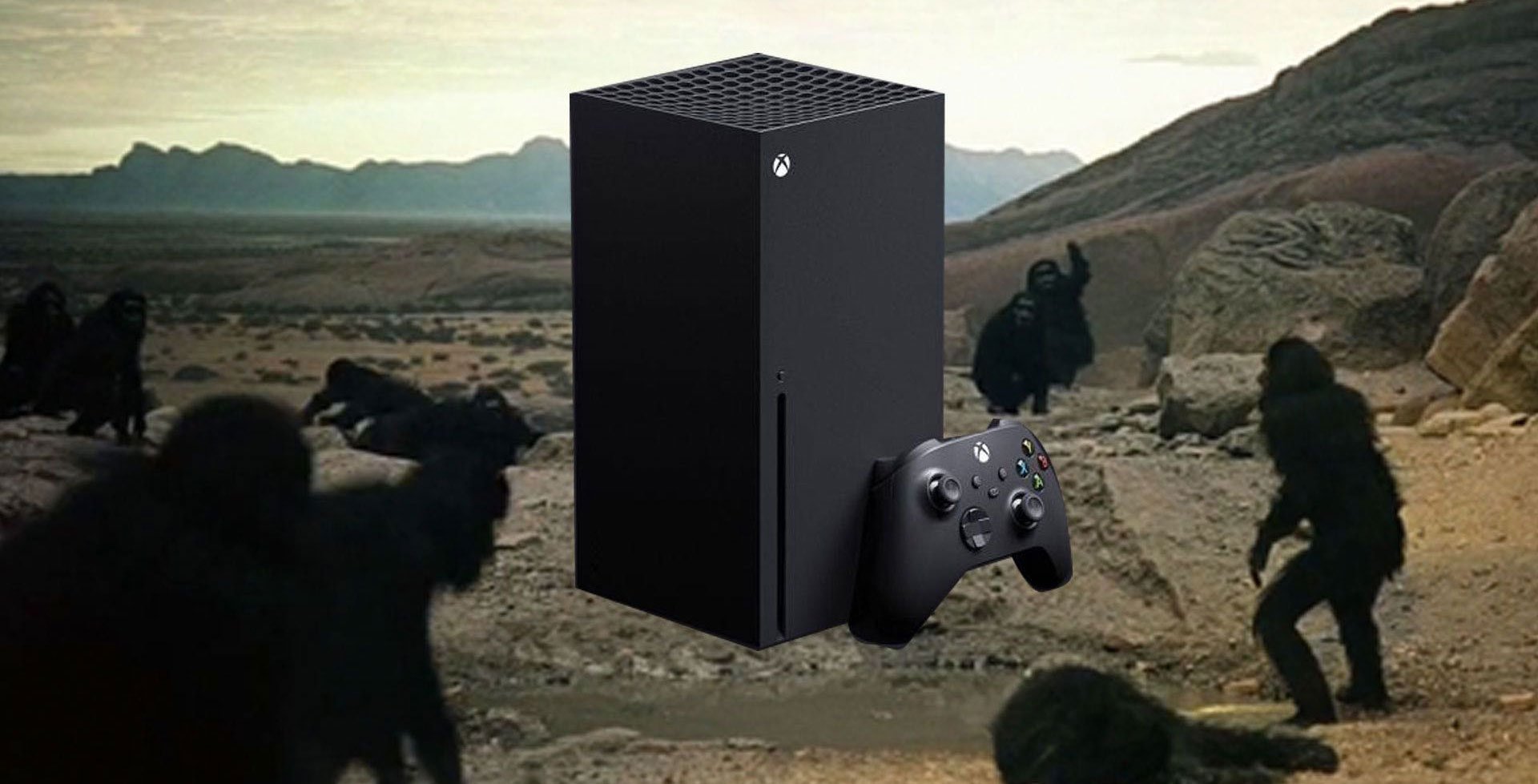 Finally, we now know what the heck that black thing in 2001: A Space Odyssey is. 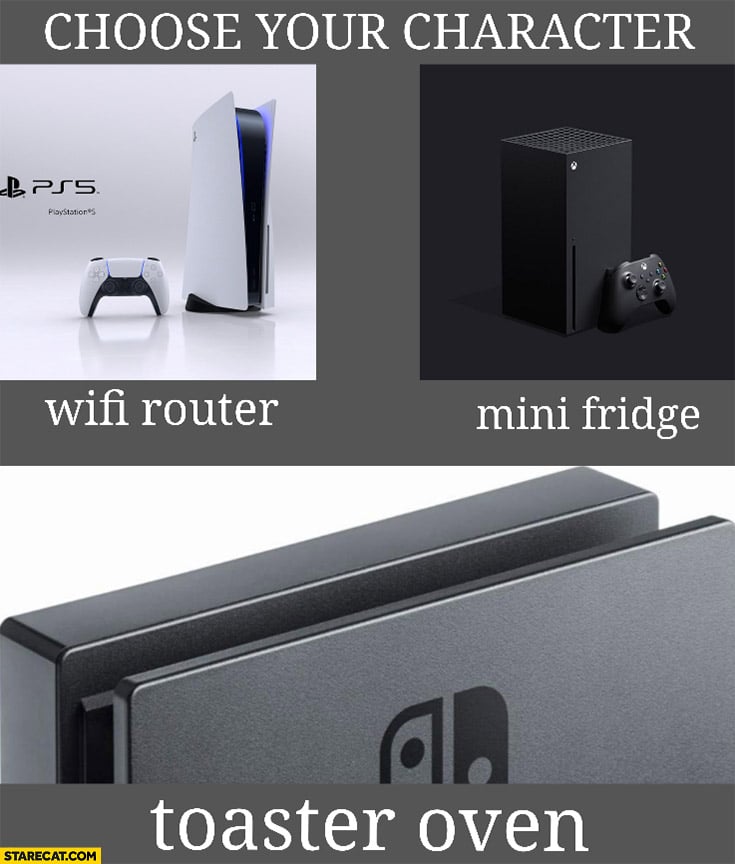 It’s only fair Nintendo still gets a say in the console wars even though the console is nearly four years old. 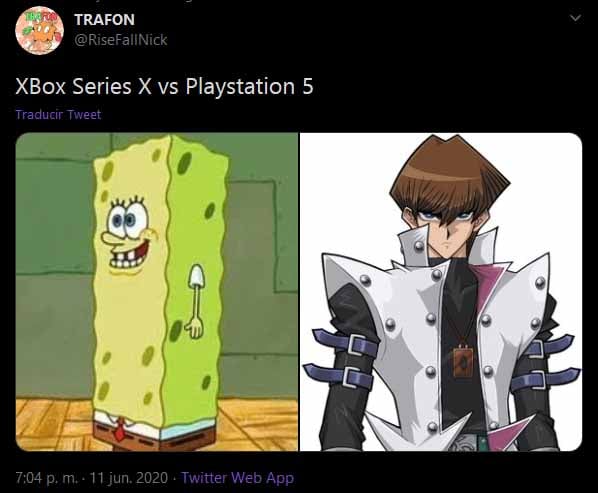 Are you going Spongebob or Seto in the fight of a century? 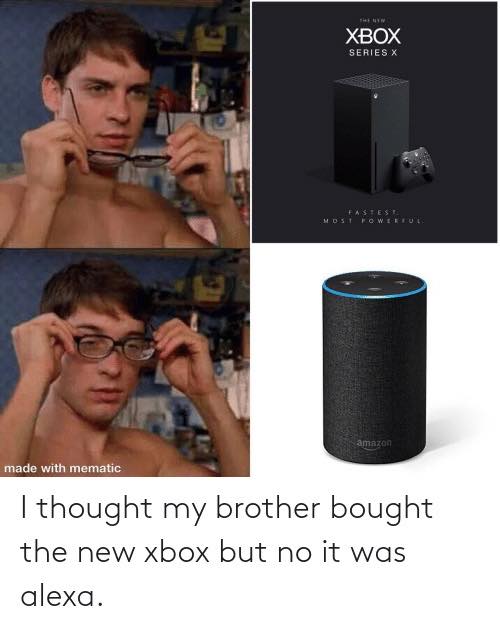 How many nearsighted people are going to confuse their Xbox with Alexa? We’re betting somewhere in the thousands. 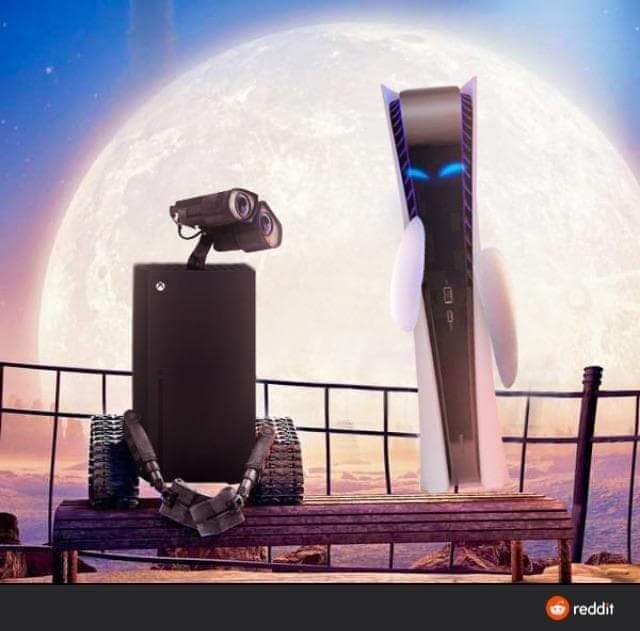 The most beautiful love story

See, even Sony and Microsoft can find love together, why can’t the people fighting in the console wars do so too? 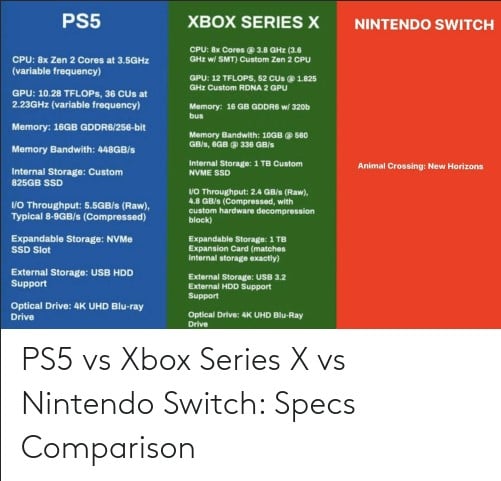 Sure, your graphics are 50x better and you run 100x faster, but can you build an island to meet K.K. Slider? Didn’t think so. 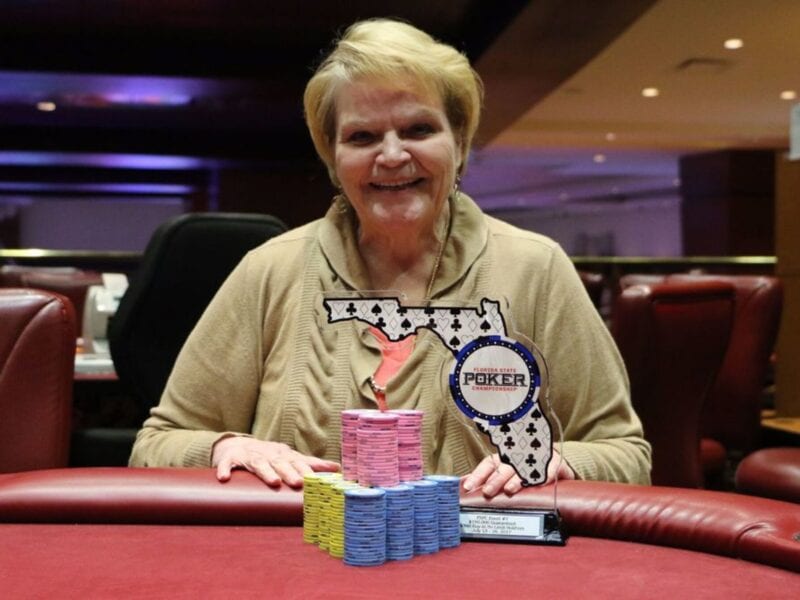 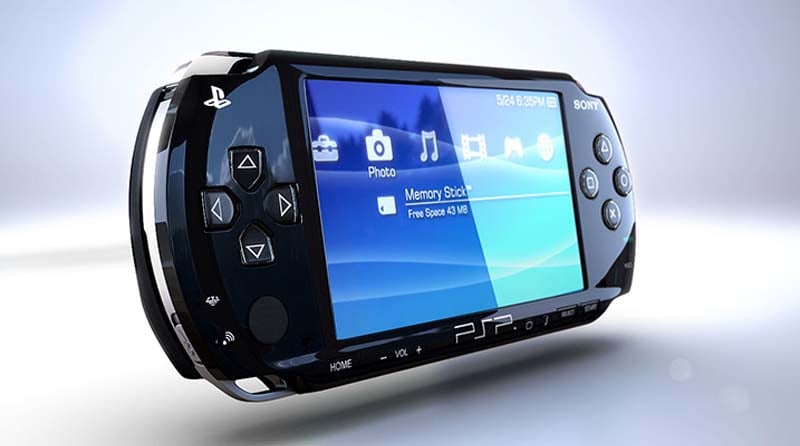 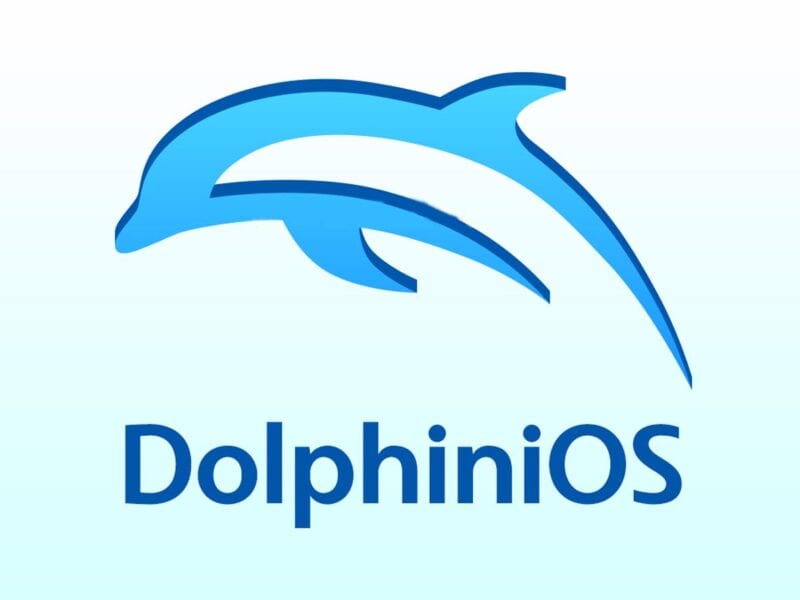