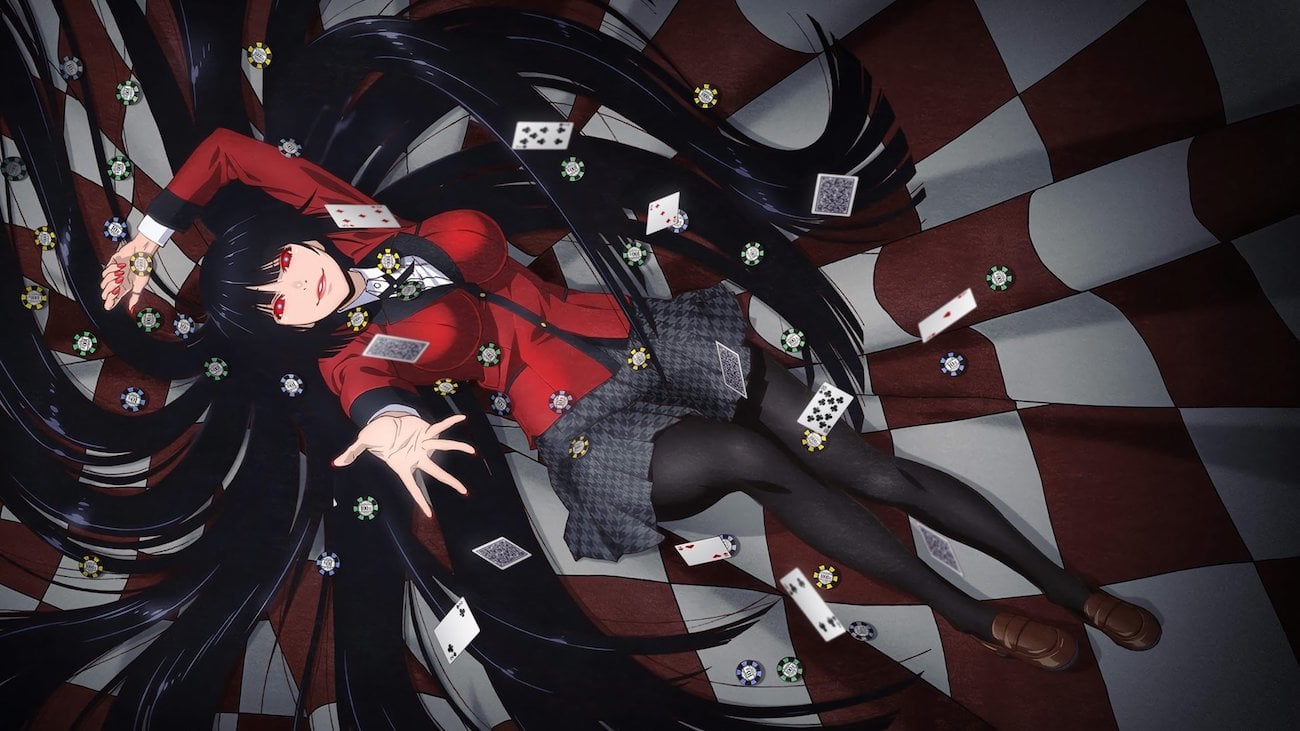 The Japanese Anime culture has become immensely popular in recent years. Anime’s impressive graphics, captivating characters, and interesting plots based on different stories attract millions of fans across the globe. While most are aware of Naruto, Bleach, and other action or fantasy anime series, not many know that there is a whole genre of anime centered on gambling.

Much like live-action films on the subject, Gambling may not be the most common or popular topic for anime to address, but it features some unique and fantastic stories when it does come up. While most anime involves playing casino-related games the genre is actually quite rich with opportunities for storytelling.

If you have never seen an anime about gambling or looking for the best ones to watch, check out our list. We have compiled a list of gambling-themed anime you should watch. Excited to play after watching one of our picks? Check out some superslot games! 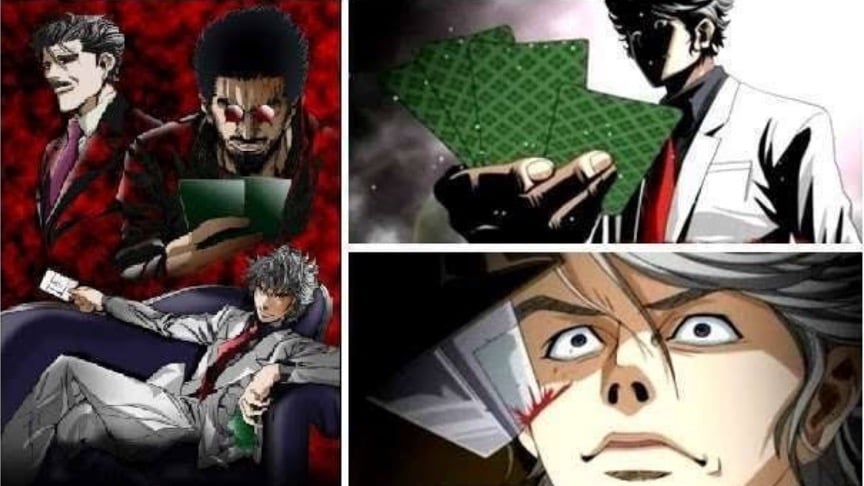 As one of the best gambling anime series of all time, you absolutely should not miss Gyakkyou Burai Kaiji: Ultimate Survivor. The anime is based on a manga of the same title created in 1996 by Nobuyuki Fukumoto. It was adapted into an anime television series by Madhouse Studio back in 2017 with 26 episodes and another 26 episodes sequel.

The story revolves around Kaiji Itou, who is a loser in all that the word can describe. He spends most of each day lazing around, drinking, smoking, stealing, and gambling. His already miserable life took a drastic turn for the worse when a former worker he cosigned a loan for ends up running away and leaves him with massive debt.

When he is paid an unexpected visit from the loan shark, Yuji Endo, Kaiji is left with two options – either spending 10 years in forced labor or joining an illegal underground gambling ring aboard the casino ship Espior. Left with no choice, Kaiji decided to take his chances and board the ship to earn back his freedom. This begins Kaiji’s new life of deceit, manipulation, and mind games as he tries to survive this cruel and unforgiving world. 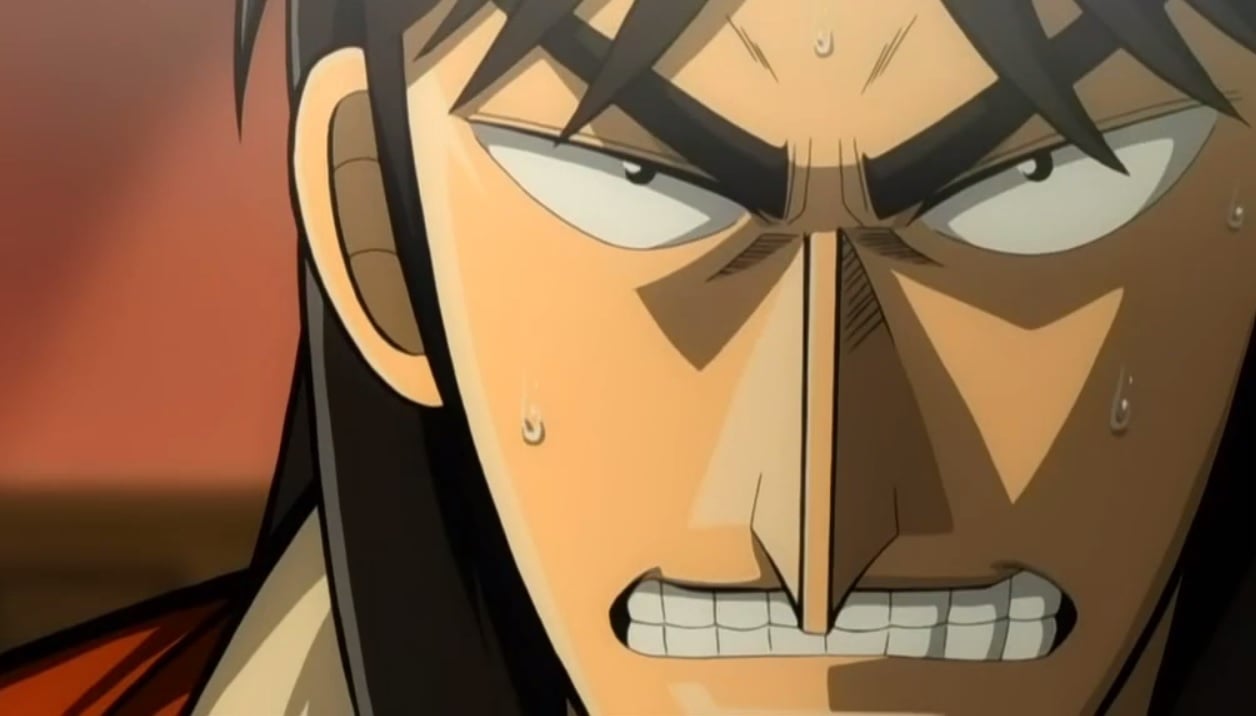 One Outs isn’t like most of the other gambling anime you will find out there. One Outs brilliantly combines sports betting and the baseball game in a mind-blowing way.

Toua Tokuchii, the main protagonist of this story, is a reckless gambler talented in a game called “One Outs”. Although not a professional baseball player, he receives a life-changing offer to join Lycaons, the weakest team in the Japanese baseball league, in their quest for the championship. To foil the nefarious goals of the greedy owner of Lycacons, Saikawa, the hero Tokuchi proposed an unusual “One Outs” contract. He gets 5 million yen for every out and loses 50 million yen on every run he gives up. This anime features 26 mind-blowing episodes filled with baseball, intense mind games, psychological twists, sly tactics, and unexpected plot turns. 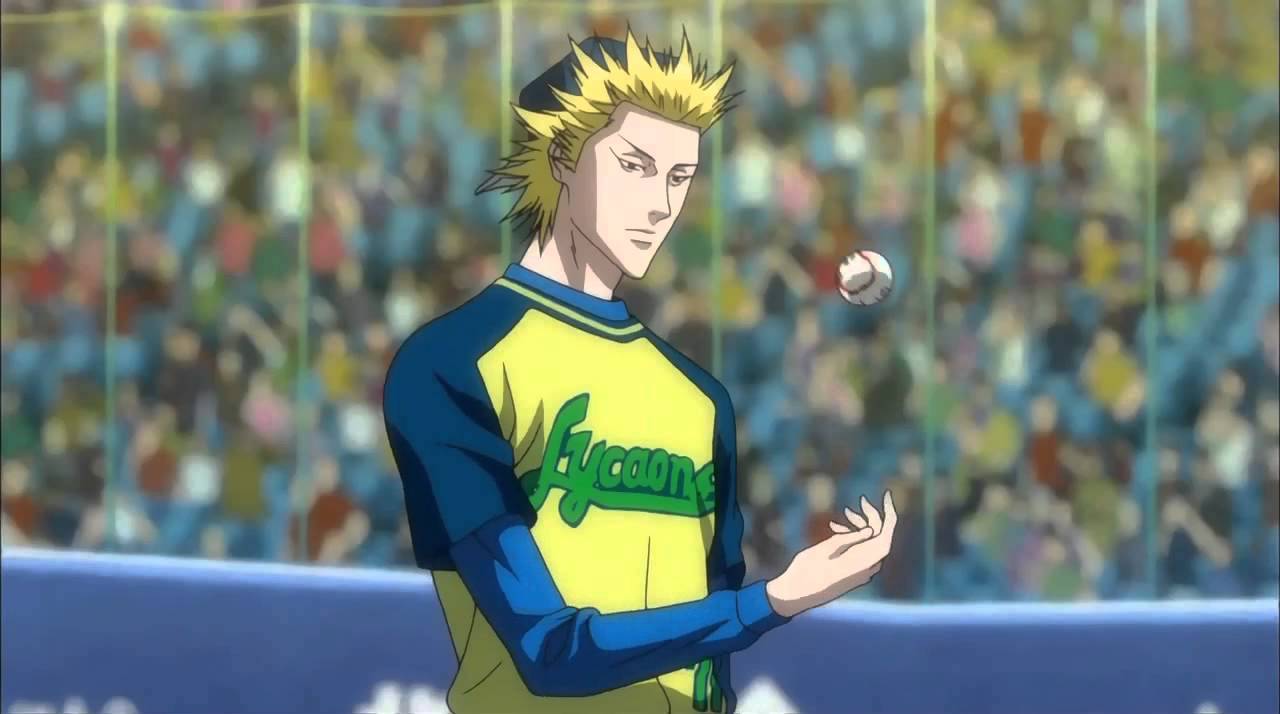 Kakegurui is by far one of the most unique and exciting anime out there. A school is an environment where students are supposed to learn, and academic achievements or athletic abilities usually determine the pecking order.

Not so in this anime. In a nutshell, the story of this anime revolves around Yumeko Jabami in the Hyakkaou Private Academy, a high-class elite school for children of the most wealthy, famous, and influential people. The hierarchy in this school is not determined by academic excellence or athletic abilities but by students’ gambling skills.

Yumeko Jabami, the newly transferred beautiful, cheerful, and intelligent high school girl, is a compulsive gambler. And unlike the other students in the school who gamble for financial and social gain, Yumeko gambles for the thrill of it. With a mindset unrestrained by rules and logic and an exceptional observation ability to detect cheating schemes and methods, Yumeko plans to destroy the twisted hierarchy of the school just for the fun of it. 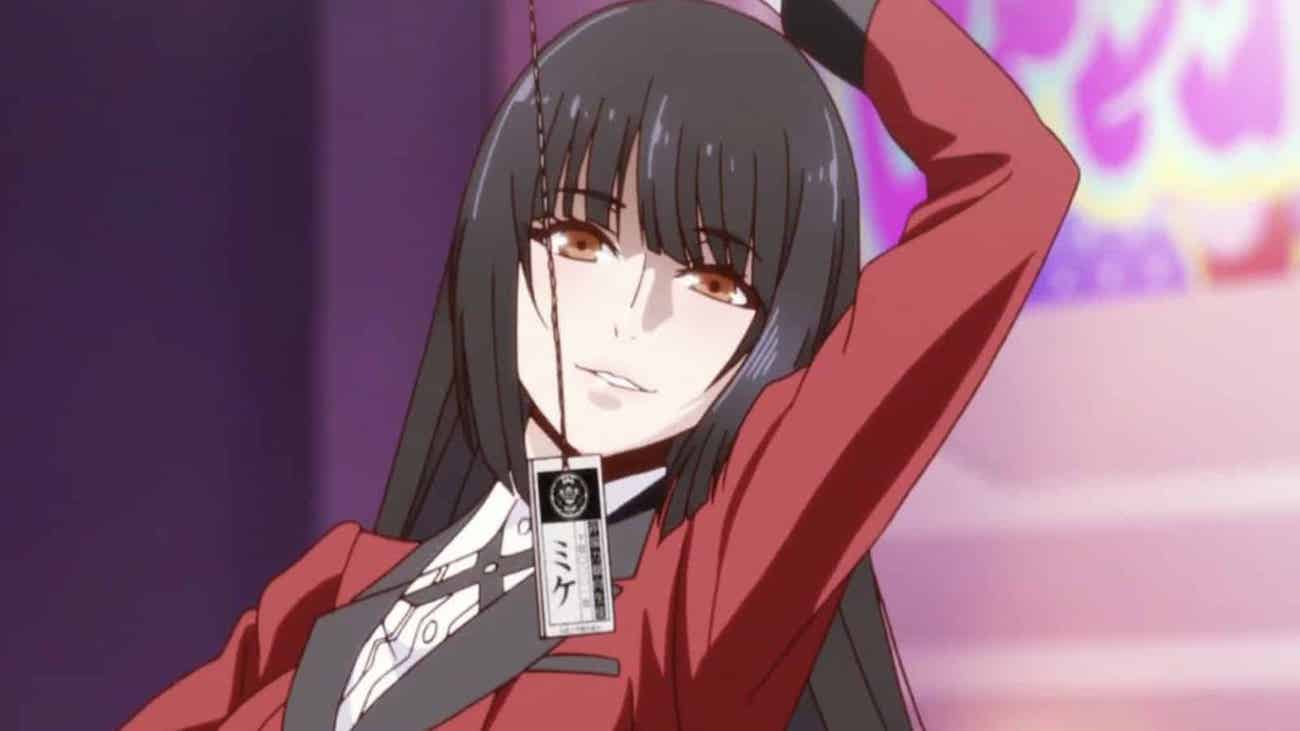 The Legendary Gambler Tetsuya is a historic anime that depicts Japan after the Second World War. After the war, Japan found its once booming economy in shambles. The downfall of the economy left many people like the anime’s protagonist, Tetsuya, with no other choice than to gambling to earn a living.

The anime follows the story of Tetsuya, a talented gambler who plays mahjong with a track record for unrivaled skill at the game.  However, the status quo changes when he is defeated by a cheater, showing him that he still had much to learn about the game of mahjong. He discovers that being skillful isn’t always enough to be a winner, and needs to cheat whenever the opportunity arrives. Overall, the anime is full of captivating plots and intriguing characters. 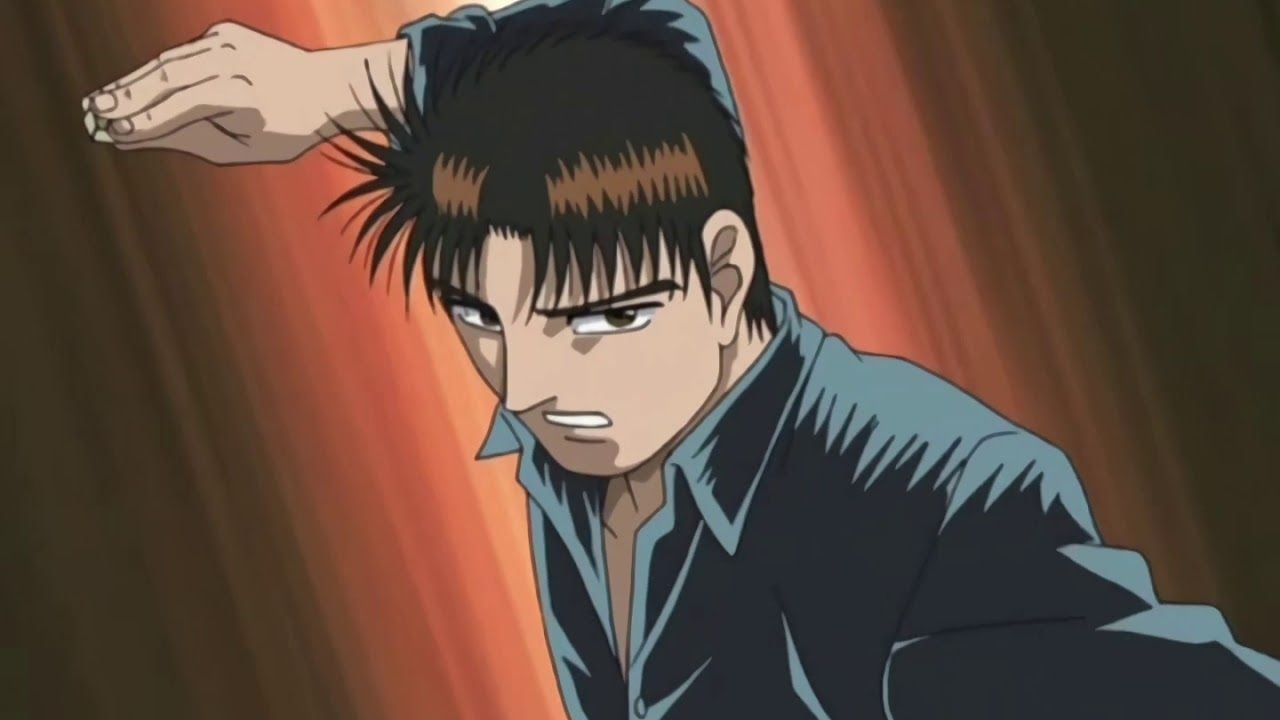 This list is by no means complete. The genre of gambling themed anime’s other notable titles include: