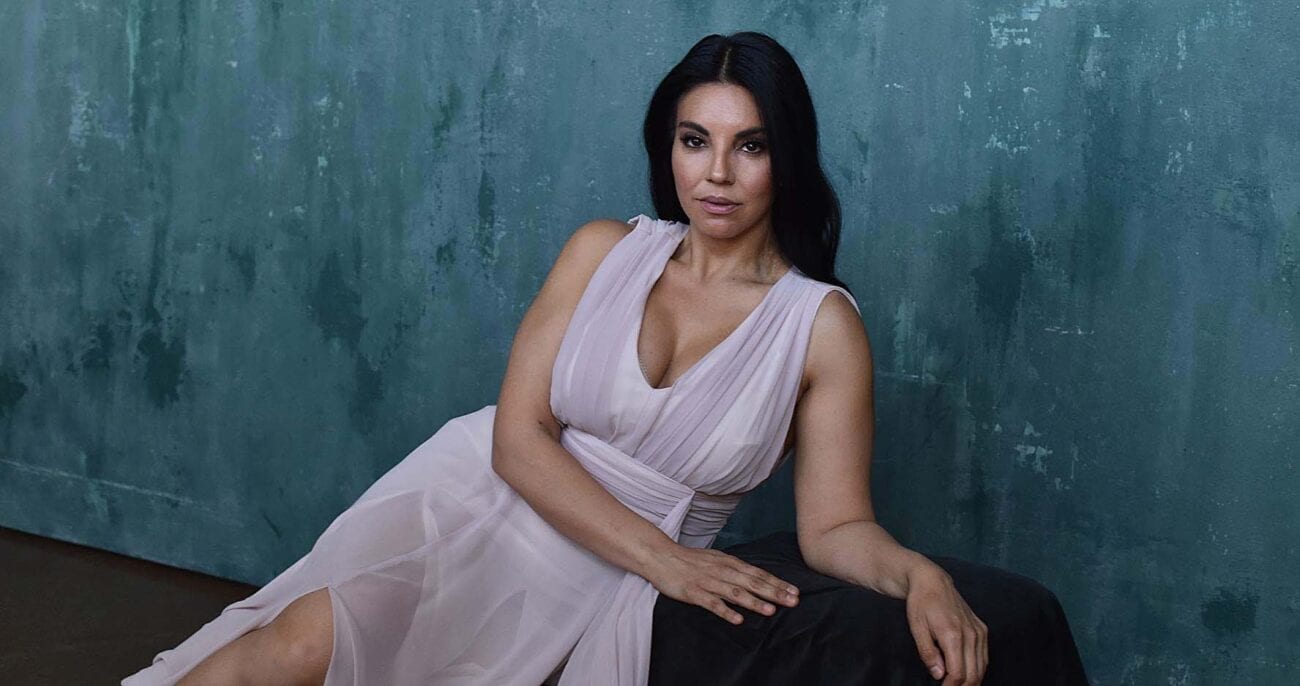 Tilda Del Toro is an actress who was born in Chicago and is of Peruvian, Spanish, and Puerto Rican descent. If you haven’t heard her name before, prepare yourself to hear a lot more of it since her career has recently taken off.

Del Toro has starred opposite Kevin Hart in the movie Night School and has also worked alongside Tom Hardy in the 2020 movie Capone. The movie also includes other big names such as Linda Cardellini, Matt Dillon, and Kyle MacLachlan.

Del Toro’s next slated project is Julia. In this movie Del Toro plays the title role – a Latina from Chicago with a desire to know everything about the world of wine with an undiscovered gifted palate. The character Julia also deals with an abusive boyfriend, a drug addicted family member, and being a fish out of water in the world of a different class. The movie is also written by Tilda Del Toro herself.

We were lucky enough to have the chance to ask Del Toro a few questions about her career. Here’s what she had to say.

Tell us about your acting journey – what did you do prior to acting?

My acting journey started after making visual art. I had a love for all different types of media. I was doing wood-cut printing, watercolors and book-making.

I tend to have both an introvert and extrovert in me. I started to crave a more extroverted way to express myself. I also had a love for stories and was writing constantly. I kept a journal and it led to writing and acting.

Where did you start your journey?

I started my journey in Chicago, IL. It was a wonderful place to start because it has a thriving theatre community.

What was one movie you saw that inspired you to become an actress?

The Last Temptation of Christ.

What was your experience like on Capone? Did you take away anything new from the role?

It was very thrilling. I was working with such amazing people on and off screen. The role was very cathartic. It was like living in a moment in time. Almost like a past life now.

You’ve done a variety of indie films and bigger budget Hollywood projects. Do you prefer one to the other?

It’s not about the stature of the project to me. It’s about the people I get to work with. That comes in both indie and bigger budget films. So, I like both.

Where did you look to as inspiration for the role of Mona Lisa in Capone?

Mona Lisa herself; the ideas and prototypes of Mona Lisa and what it meant to be named after such an iconic cultural figure. Also, Mona Lisa in this film is a strong presence, and I thought of her in a way like Lady Torrance in the Fugitive Kind.

Is there one type of genre that draws you to a project more than others? Why?

I love period pieces. But mostly I just love anything that can bend me out into a different world. On the flip end of that, I love things that are very raw and real. A combination would be my dream, I suppose.

I do not like to plan anything until it is found through the [sic] exploration. It must feel true. I think on some level I block out logic from my brain as to keep my mind pure. That then brings me to the writer of course . . . It’s a marriage in itself. That is where you have freedom within the structure of telling the story. That is my view and process.

What’s your favorite part of being an actor?

What’s one part of acting outside people often overlook?

What would be your biggest success and failure so far?

I only fail when I give up. That’s it. Failure is a part of the path, so I don’t define my actions on success and failure. Not in the way you are asking.

What do you hope people take away from your performances?

Risk with no apologies.

Song to Song by Terence Malick. Because I fall in and out of love every time I see it. I feel like I understand it.

Any indie actors or filmmakers we should have on our radar?

Will we be seeing you on any episodic TV anytime soon?

My next slated project is a film [called] Julia but, check-in with me after quarantine is over?

If you could have anyone direct the movie of your life, who would you choose?

Julia! An indie film I wrote.

I see myself working extended for periods [sic] and then being able to spend time in my home in Los Angeles. I enjoy the schedule of having a project for extended time and then having recuperation and personal creative time as well.

I am also interested in being behind the camera and have a love for photography. So, I’d like to be invested more in those practices in 5 years.

Who have been the biggest influences on your career to date?

What’s your favorite movie of all time, and what lessons can people learn from it?

So hard to just put that into one film. There are too many films with different aspects that offer so much, but I’ll mention George Washington. The film displays such simple things that affect us in such complex ways. It’s truly one of my favorite films of all time.

We learn that innocence is broken in such arbitrary ways; that dreams are made of places we would never dream of being; and that we are all heroes in our own lives. It was shot on a small budget and it’s beautiful. I did work with David (Gordon Green) once. I never told him these things. I wanted to be professional and not disturb him. If I work with him again, I’ll be sure to tell him what his films mean to me.