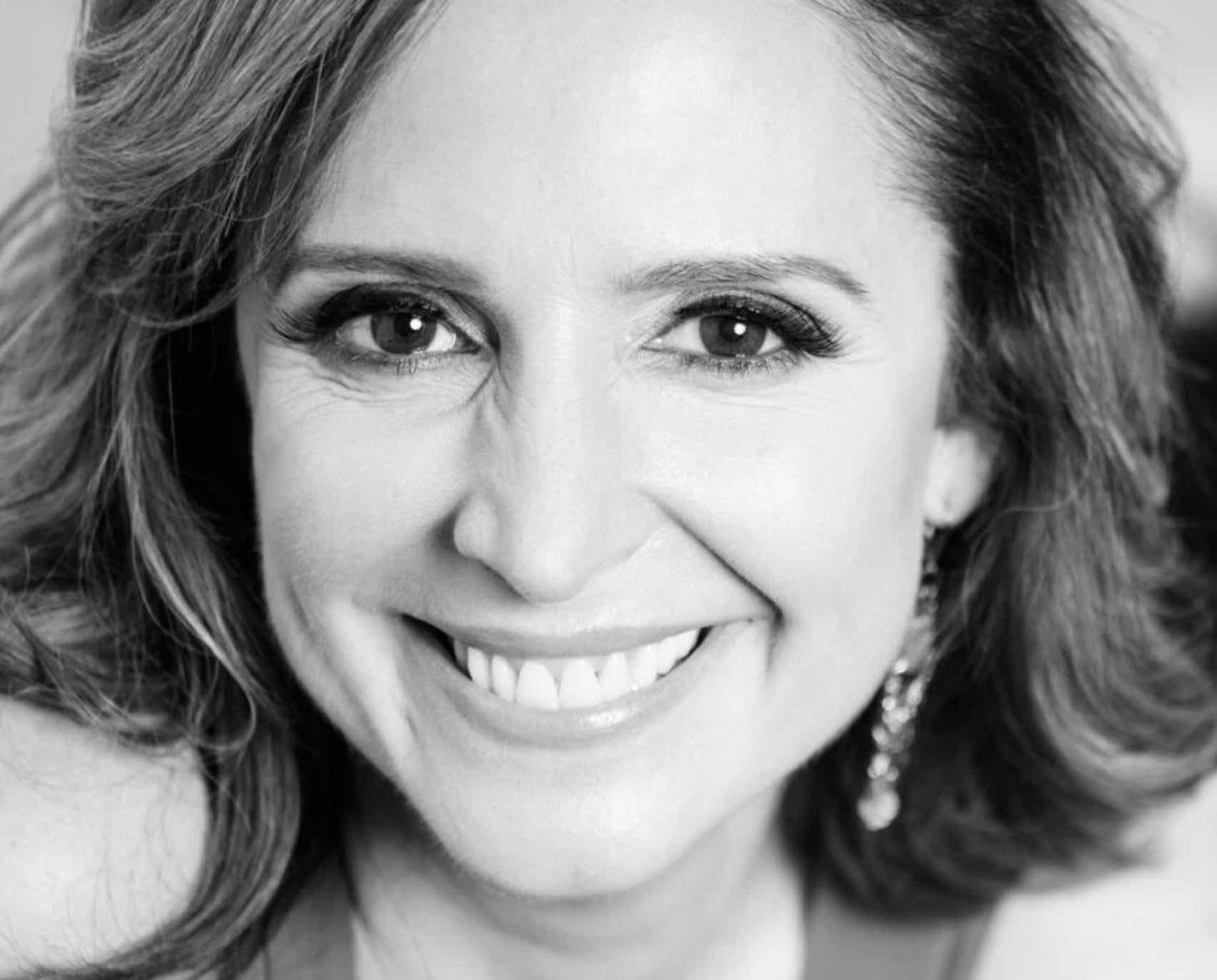 #Indiefilmbusiness: A chat with Tricia Brouk

One of our indie filmmakers of last week is the incredibly talented Tricia Brouk. The multi-hat-wearing artist has been in Los Angeles at Laemmle in NOHO for the feature run of her documentary short Right Livelihood: A Journey to Here – winner of Best Documentary Short at The Olympus Film Festival.

We were stoked to be able to sit down with the bold businesswoman and indie film maven to chat Right Livelihood: A Journey to Here and what’s next on her incredibly busy schedule. 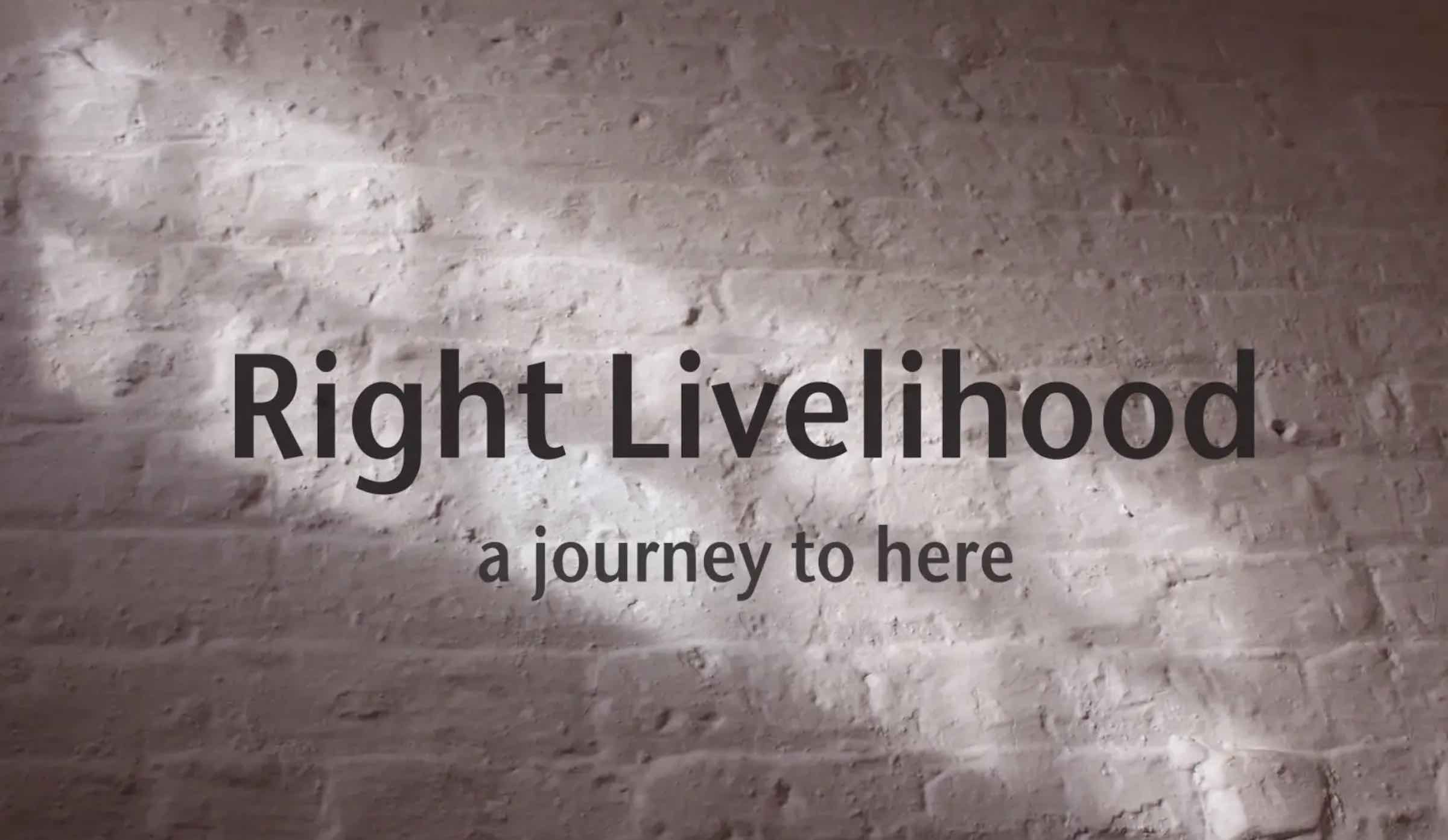 What came first, film or business?

My business always came first, because I self-produce everything I make, whether it’s film, theatre, or my podcast.

How do you wear all your hats? What’s your secret?

I’m extremely focused & organized, and I finish what I start.

What’s the most challenging experience you’ve had working in entertainment?

Where did the inspiration originate for Right Livelihood?

I was reading Lion’s Roar, a Buddhist magazine, and they featured Justin Von Bujdoss in an article about how he was teaching meditation to the correction officers. I started buzzing, asking myself “How can I make a movie about this incredible man?”

So I reached out to Bujdoss on LinkedIn – and he responded. He lives in Brooklyn with his family so I asked him to coffee, and he said yes. He and I talked about Buddhism, his work, his kids – and by the end of coffee, he said yes to me shooting a documentary on his work.

How long had you been working on the concept for this project?

I was inspired to make the film on a Sunday while reading Lion’s Roar magazine over brunch, and that day I reached out to Justin on LinkedIn. Within a week, we met for coffee and began the process of getting to know his family, his life, and getting permission to shoot in Rikers. Within two months, I had shot all the footage with Justin’s family.

We had three tries at Rikers. The first time we were scheduled, we waited four hours in the parking lot on the mainland. Then we had to wait for the Rikers public relations people to come get us from the island. That shoot day never happened because there was a car accident on the bridge. So we rescheduled for four weeks later.

That day was cancelled because of the attack on Officer Souffrant. I wasn’t sure at this point if we would be allowed in. Months went by during which I didn’t know if I would be able to shoot the meditation class on Rikers Island, but I persisted and we got permission.

Now that I had all the footage, the delicate storytelling process began in the editing room. This took about eight months with my extremely talented editor Hannah Beal. My composer was simultaneously scoring the film, and that was magical. The project took about eighteen months all in all, from conception to delivery. 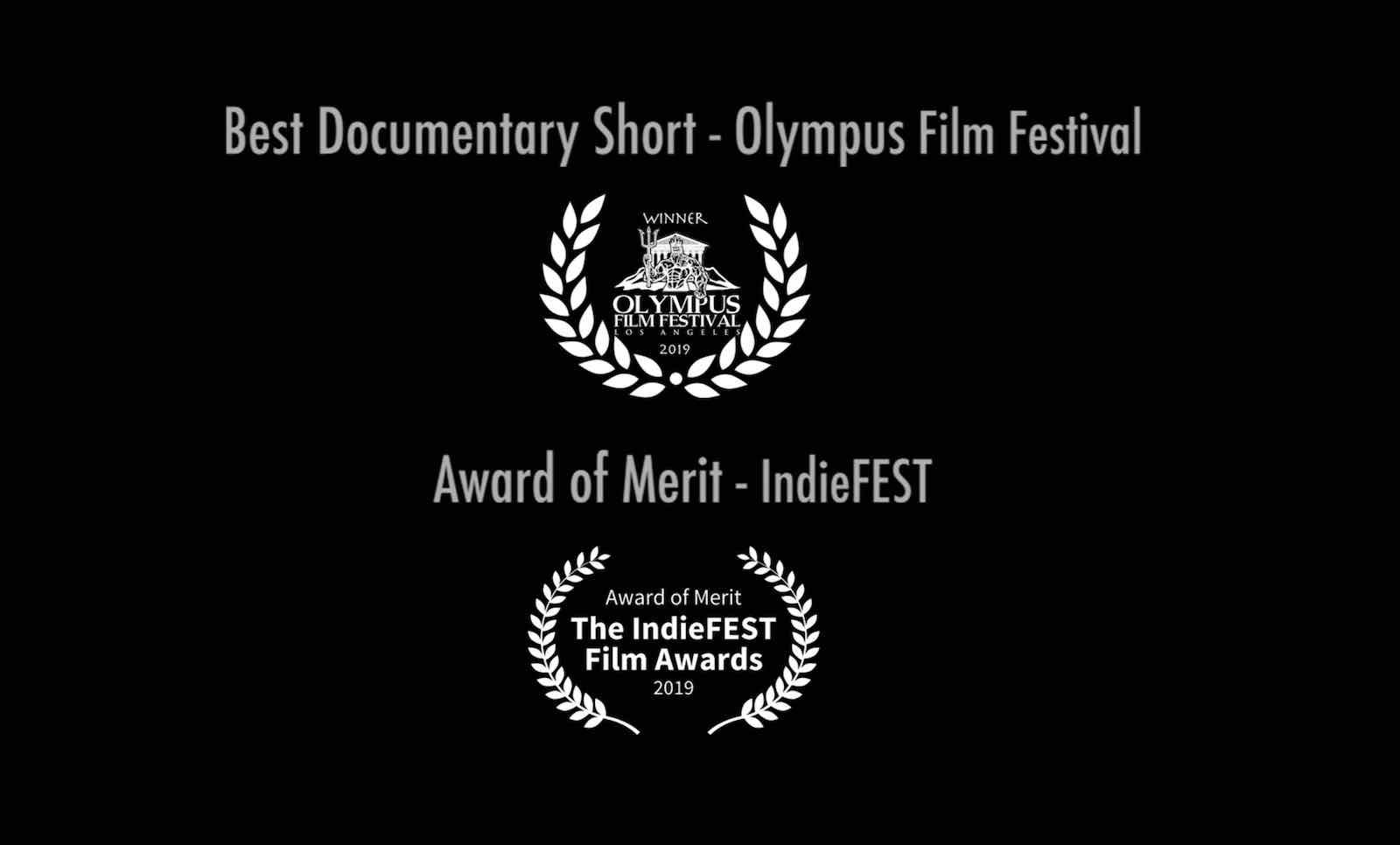 How long did the shoot take?

I spent a day with Justin and his family to get to know them before we started shooting. Then we shot on a Sunday when they make biscuits and got tons of B roll & our first interview.

The next shoot day was on Rikers. We waited in the mainland parking lot for four hours because we didn’t know there was a car accident on the bridge, so no one was getting in or out of Rikers. Amazingly, they rescheduled us.

And then the attack happened: a corrections officer was brutally attacked by several inmates. I wasn’t sure if they would reschedule after that, but they did. 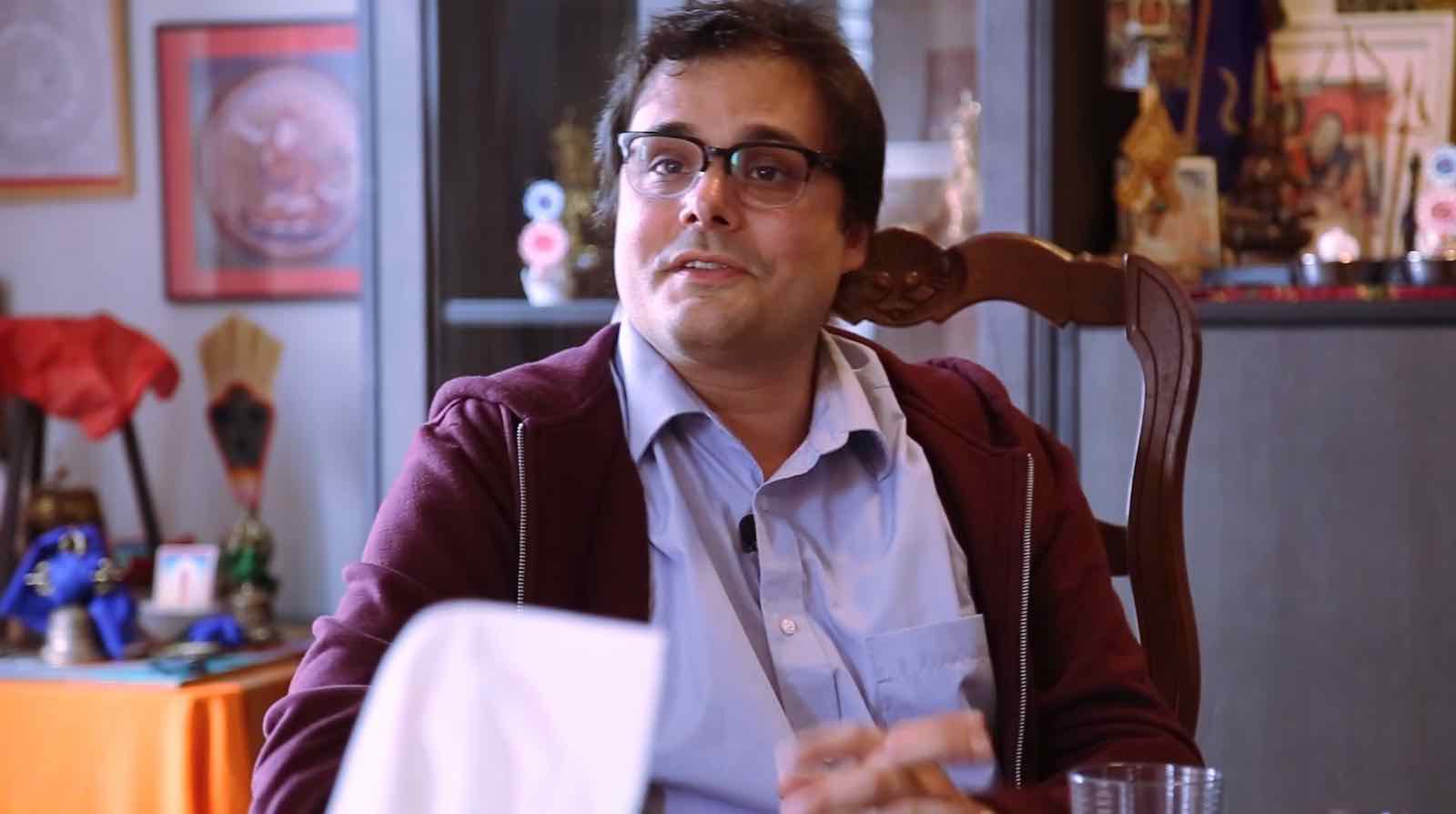 How did the shoot go for you?

The shoot was work. It’s my job to capture the essence of my subject, to make him feel comfortable so he can just be. Justin and I have an ease with each other. Deputy Warden Miller was nervous, so I did my homework. He produced Pet Shop Boys and Roberta Flack before he was a warden. And he loves jazz.

I told Miller before we began talking that I’m an 80s girl and I grew up on Pet Shop Boys, my husband and I danced to Roberta Flack at our wedding, and I cocktailed during the Charles Mingus Big Band. He totally warmed up on the spot.

With such a touching subject matter, did you ever find yourself taking the work home with you?

When Officer Souffrant was attacked, it was difficult. I knew Justin was holding so much space for the all the correction officers. And I knew that was hard. 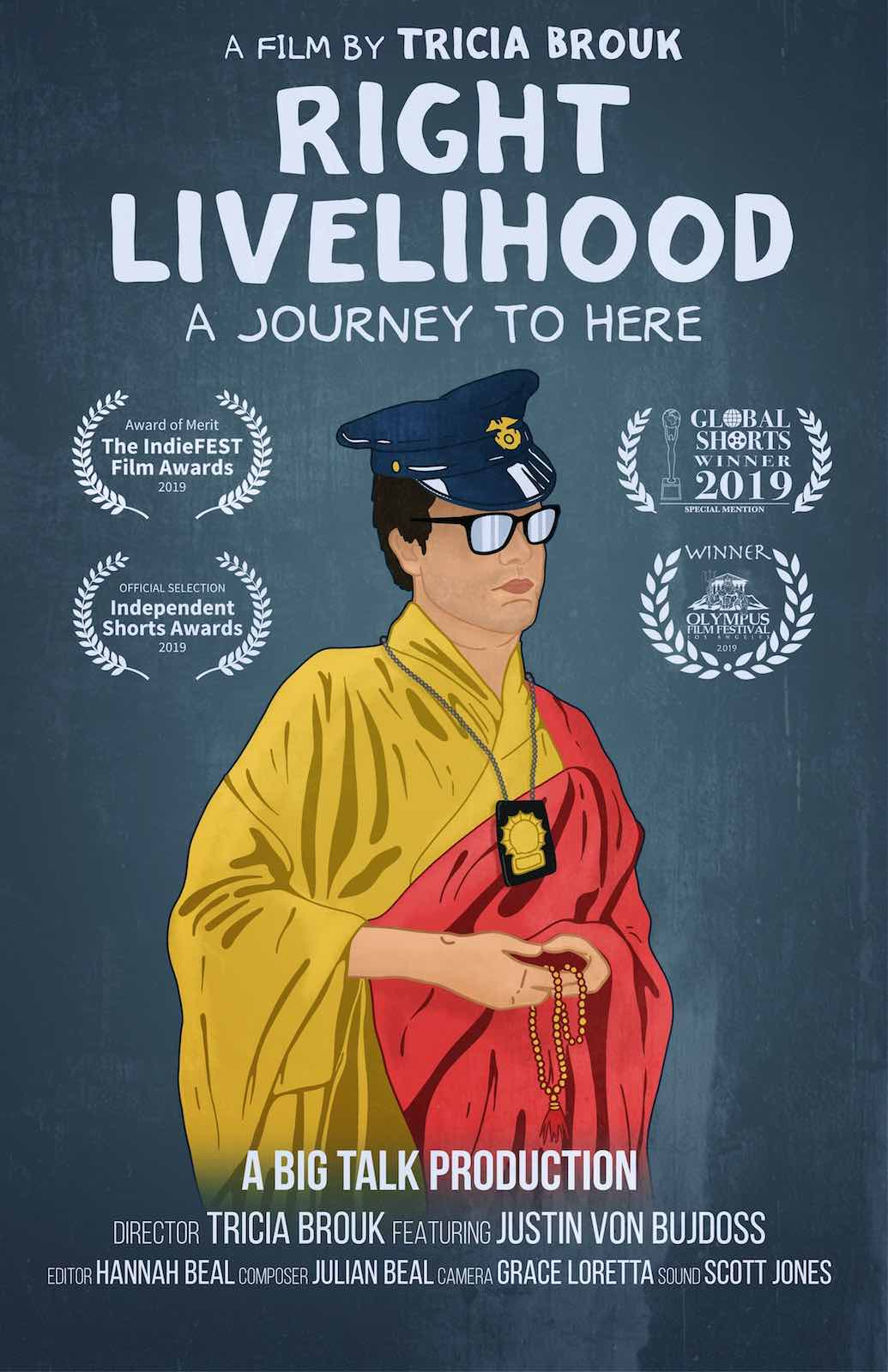 How’s the reception to Right Livelihood been?

People love Justin and cannot believe someone does what he does. I think because we were able to capture the love & peace in his family juxtaposed to the chaos & violence of Rikers is why people are feeling things.

What’s next for you?

Next come You’re Gorgeous, I Love Your Shirt, Inside the Crisis of Bullying, and Mental Health, a new doc I directed & produced about the stigma around mental health. I feature a Tonya Harris and her 14-year-old daughter who struggles.

What advice would you give to new filmmakers? 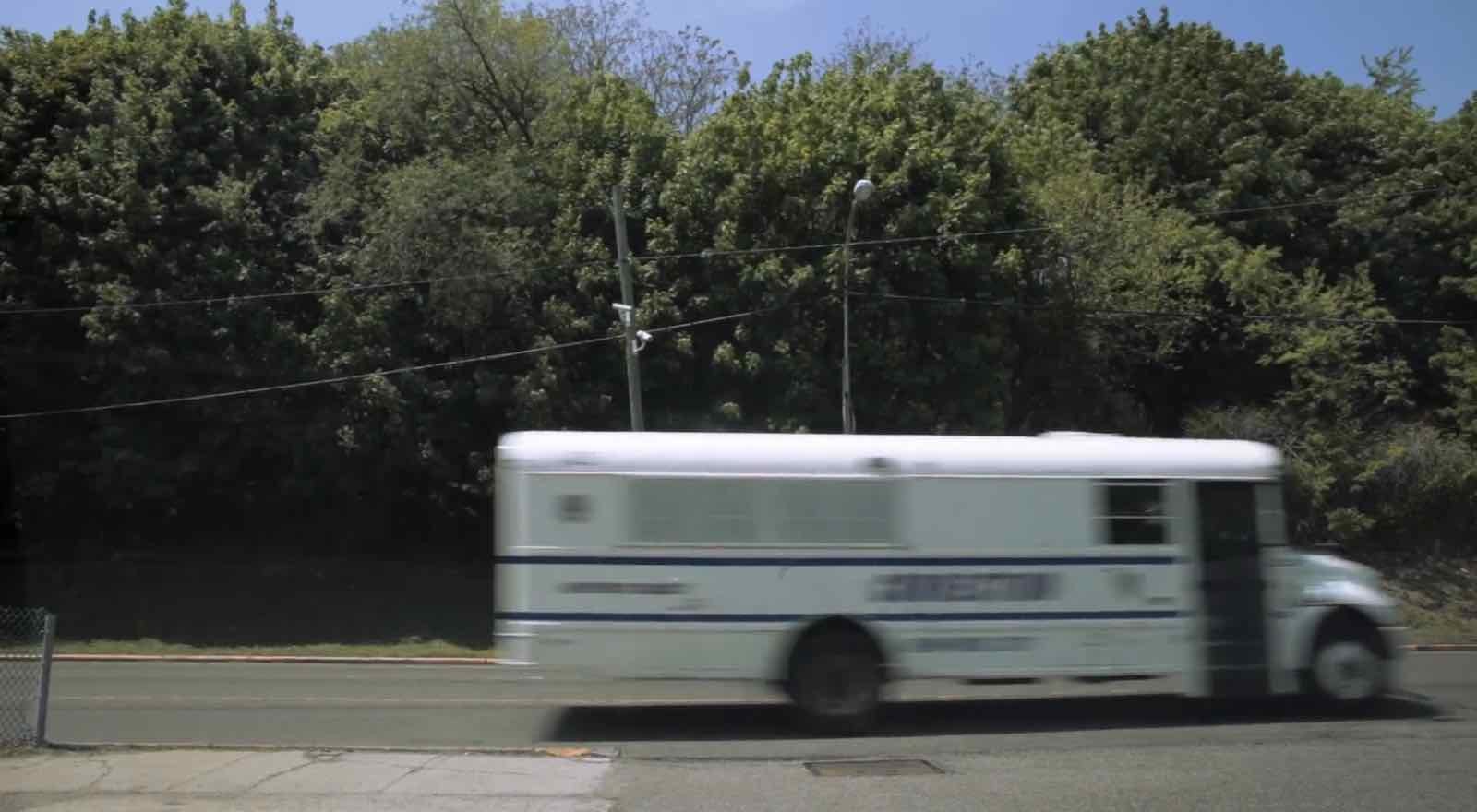 What advice would you give to new business owners?

What did you learn from making Right Livelihood?

You can’t rush it. The film takes as long as it takes until it’s right. The film will reveal itself to you, especially in a documentary. Allow it to tell you what it is and then go in and direct.

What’s the core thing you want viewers want to take away from Right Livelihood?

Nothing is permanent. Love hard, be kind, and show up fully every day. Anyone can do this – if you just pause. 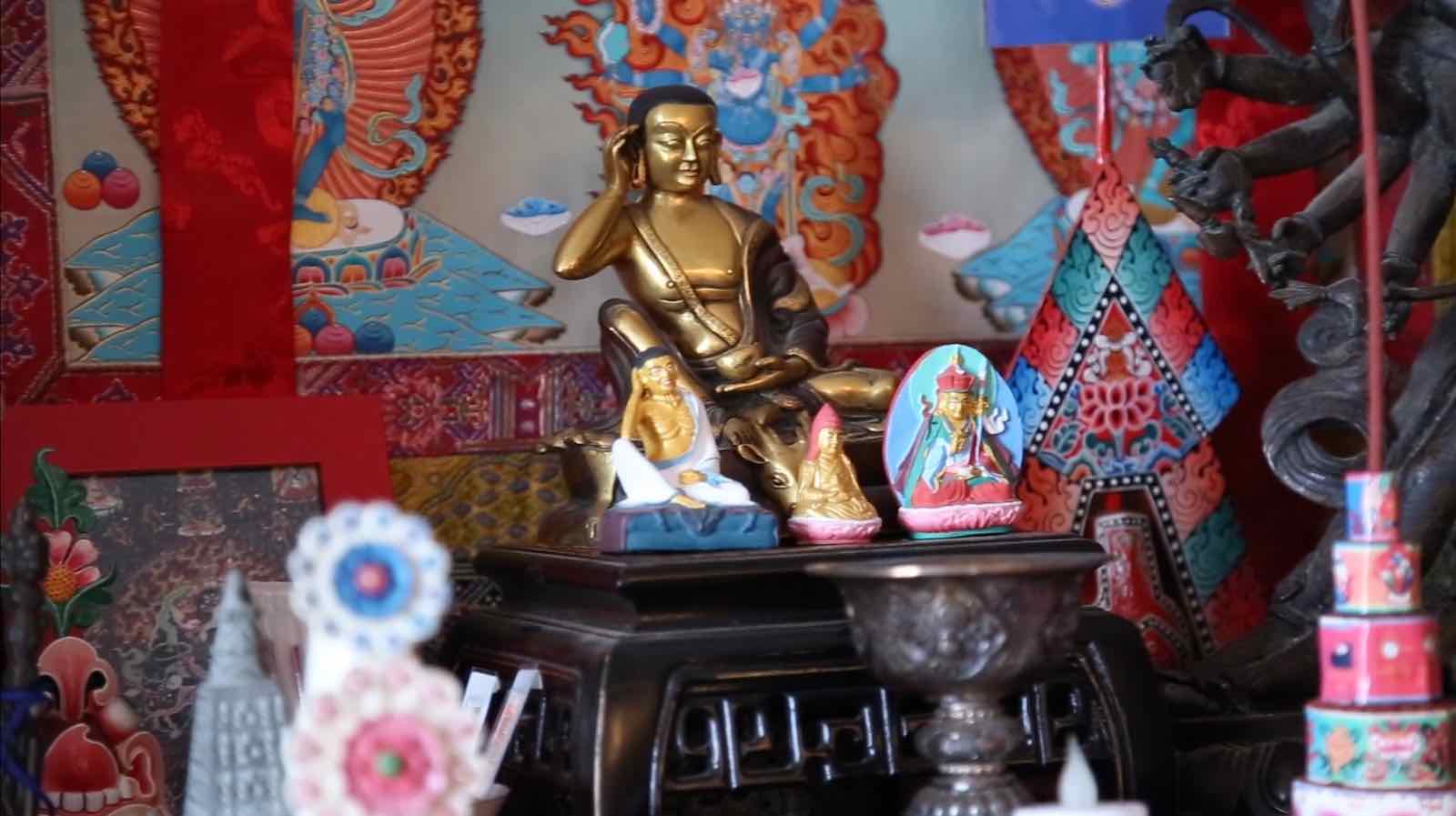 “Tricia Brouk is slick and earnest.”
—The New Yorker

“The choreography, by Tricia Brouk, lends an irresistible, maniacal dimension to Turturro’s vision, especially in a salsa number complete with firemen in a conga line, clamoring after Kate Winslet’s vampish shopgirl Tula, who entices and eludes them all in her form-fitting engine-red vinyl dress.”
—Moviesintofilm.com

“There’s something odd about Romance and Cigarettes, a two-year-old movie written and directed by John Turturro. There are moments when it is just brilliant, especially in some off-the-wall sequences when Tricia Brouk shows spectacular choreography, and dancers to match.”
—KWMU Radio 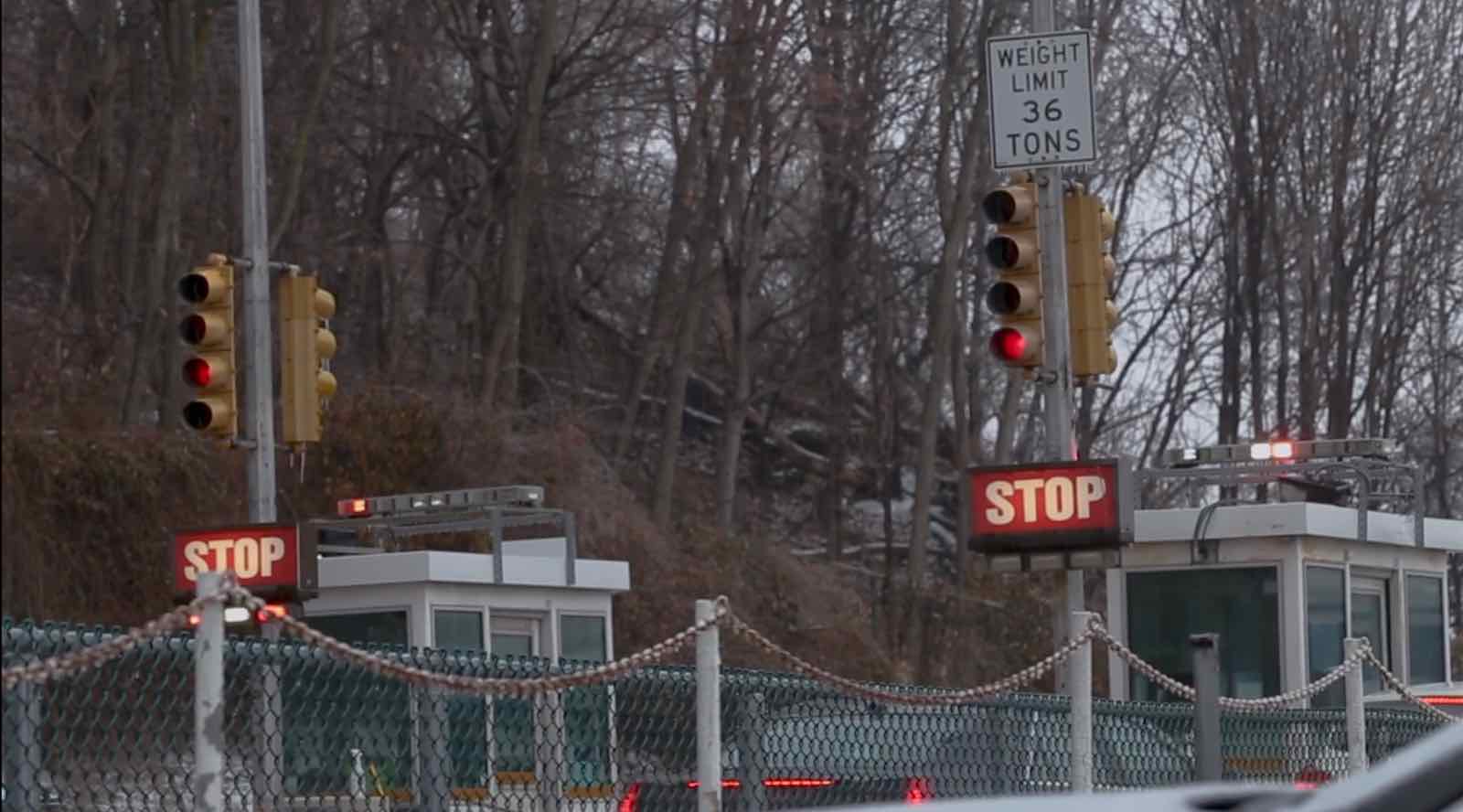 “Collaborating with Tricia on Just Enough, a short documentary, was an absolute pleasure. From the moment we began talking about the project, I could tell that Tricia was beginning to see the world through MY lens.
“By the time we got to filming, it was as if she has spent time INSIDE of my thoughts and life. If the creative process was a piece of cake, then the logistics of working with Tricia’s crew at The Big Talk Productions was the proverbial icing! I’ve been on professional sets before and I had never experience such cohesive communication, collaboration and effective use of time during a shoot!
“Everyone was incredibly professional and brought their A-game in every way. Working with Tricia on this project has helped me shed light on what I’m here to say, and HOW I’m here to say it and I know that our creative collaboration was a huge inspiration for that clarity.
“It was an honor to create Just Enough with Tricia and I look forward to working with her and The Big Talk crew again in the future! Anyone who is looking to capture their story / mission / message in a meaningful and creative way would be right to explore the possibility of working with Tricia.”
—Jenn Lederer, motivational standup and leadership expert 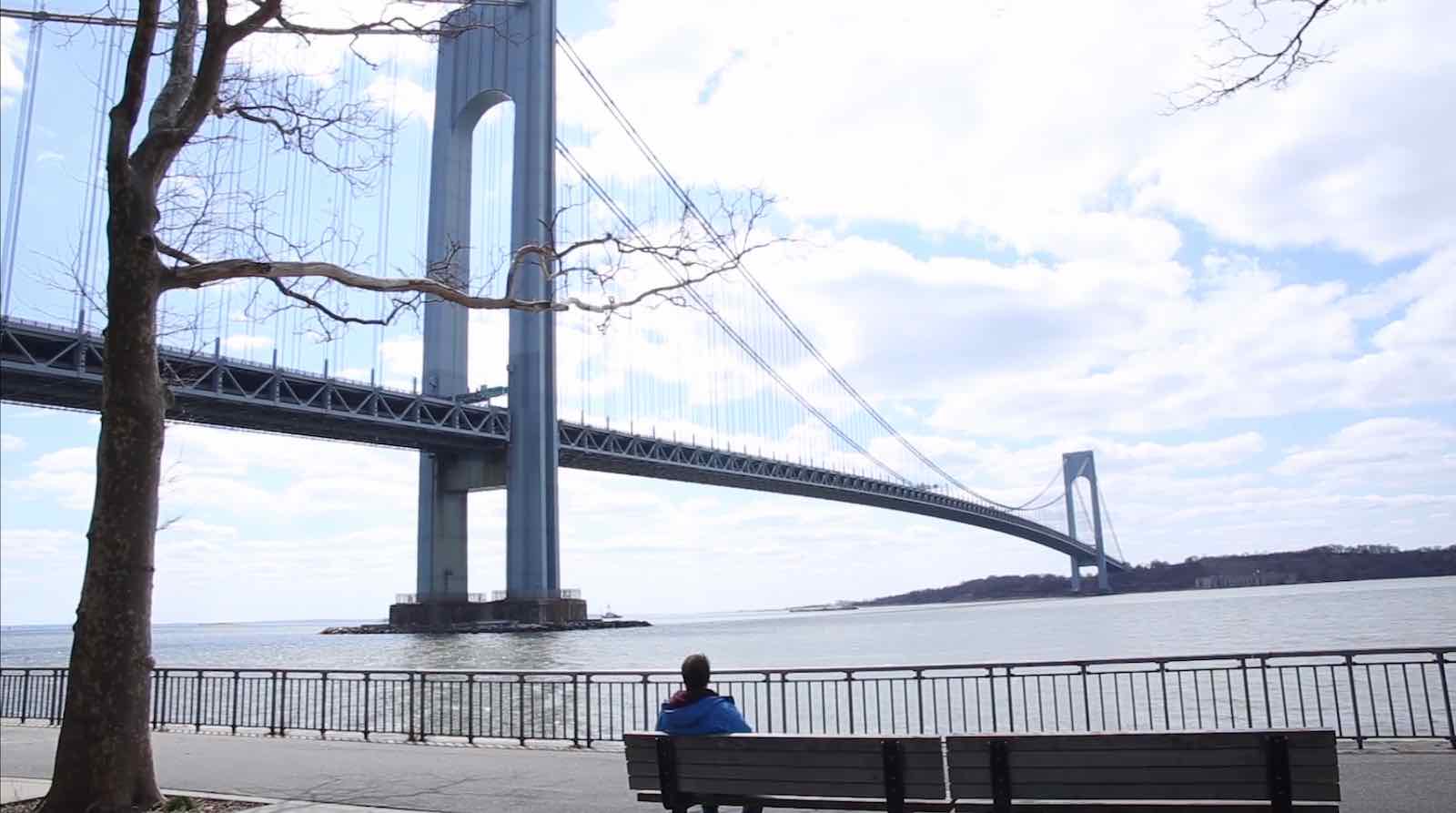 “Where to begin!? Within minutes of meeting Tricia, she had already honed in on the heart and soul of our story — Tricia and her super talented film production team helped us bring that story to life. We’re thrilled with the product. Highly highly recommend working with Tricia for your any story-telling and film production needs!”
—Jeffrey Thomashow, urban mobility entrepreneur

“I had the privilege to see firsthand how talented and professional Tricia is at crafting, producing, directing, and delivering a film production. I requested Tricia to consider working with us on a very last minute project, not expecting her to have the time to commit because of the time constraint.
“Once she heard about our project and felt a human connection with the people, she moved mountains and did an outstanding job. I was very impressed with how deeply she can connect with people speaking in front of a camera, making them feel comfortable and bringing the best out of them.
“That is something I have never seen anyone do, a pure ability to make everyone shine. Her team, spirit, energy, and dedication made the process very enjoyable and inspiring. She made everything easy for everyone as she is able to deliver on a vision. I look forward to working with her again and am very thankful for her passionate work.”
—Steven Aitkenhead, founder at Lucas 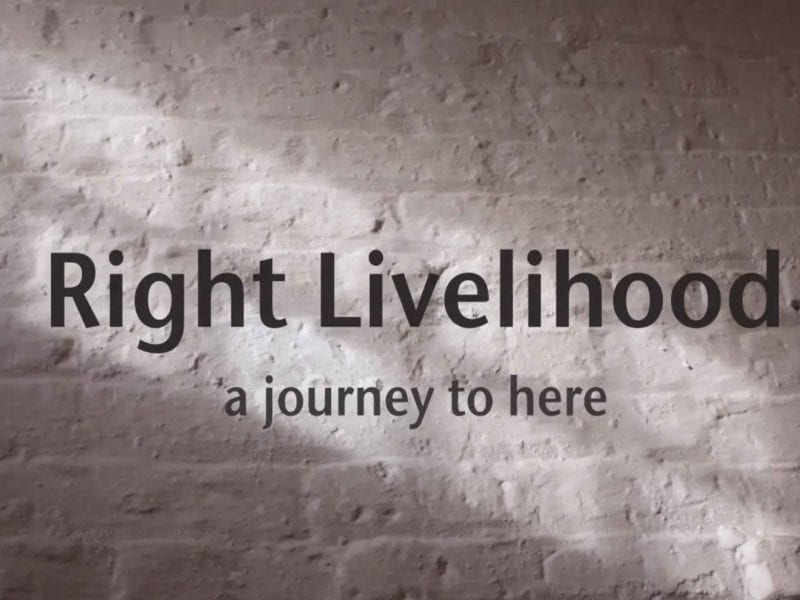 Tricia Brouk and ‘Right Livelihood: A Journey to Here’