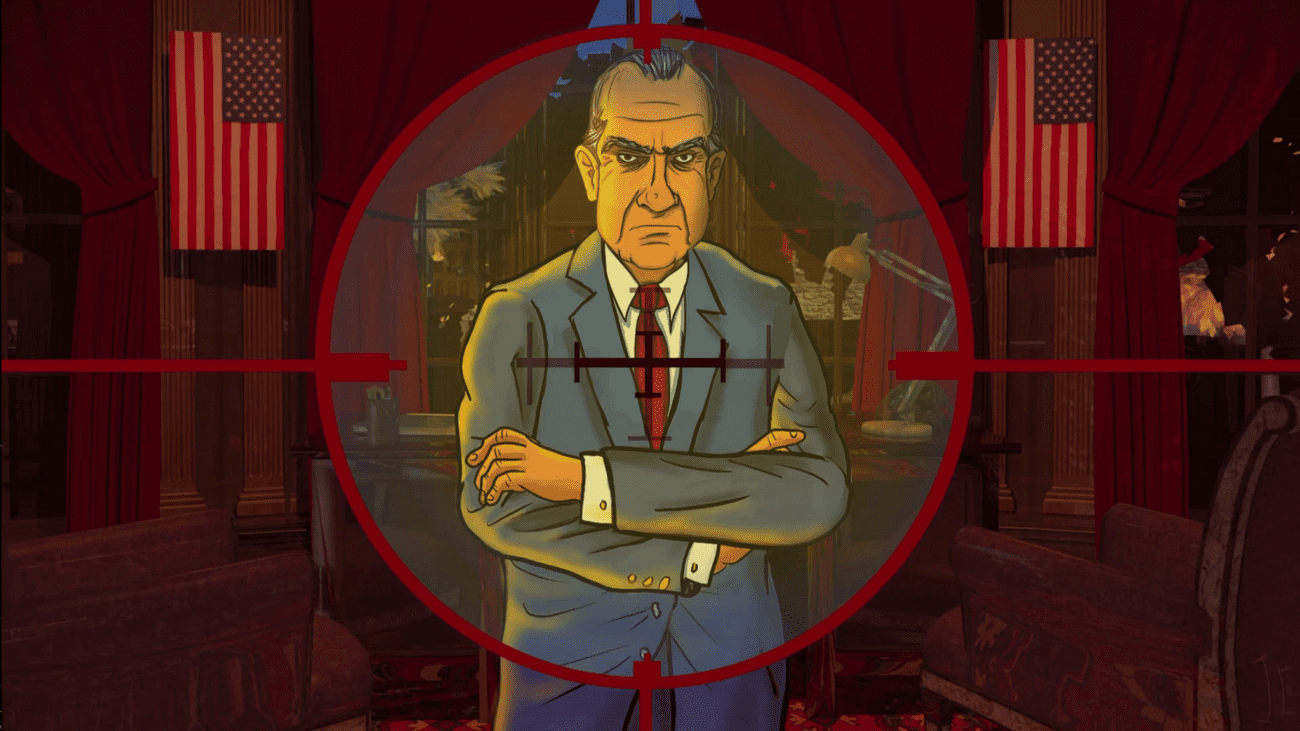 ‘Nixed’ is an animated gem by filmmaker Michael Davis

Nixed is a passion project of the highest order. The film’s writer and director, Michael Davis, is uniquely qualified to speak on the political turmoil that defined America throughout the 1960s and 70s. Davis was classmates with the daughters of William Ruckelshaus, who was the first man to resign from Nixon’s cabinet after the Watergate scandal broke. He also mowed the lawn of Dr. J. Thornton Boswell, who performed the autopsy on John F. Kennedy following his assassination.

Davis’ artistic credentials are similarly impressive. He has several directorial credits to his name, including the romantic comedy 100 Girls (2000) and the action thriller Shoot ‘Em Up (2007). Nixed is different from anything he’s done before, with the biggest distinction being that it’s animated. 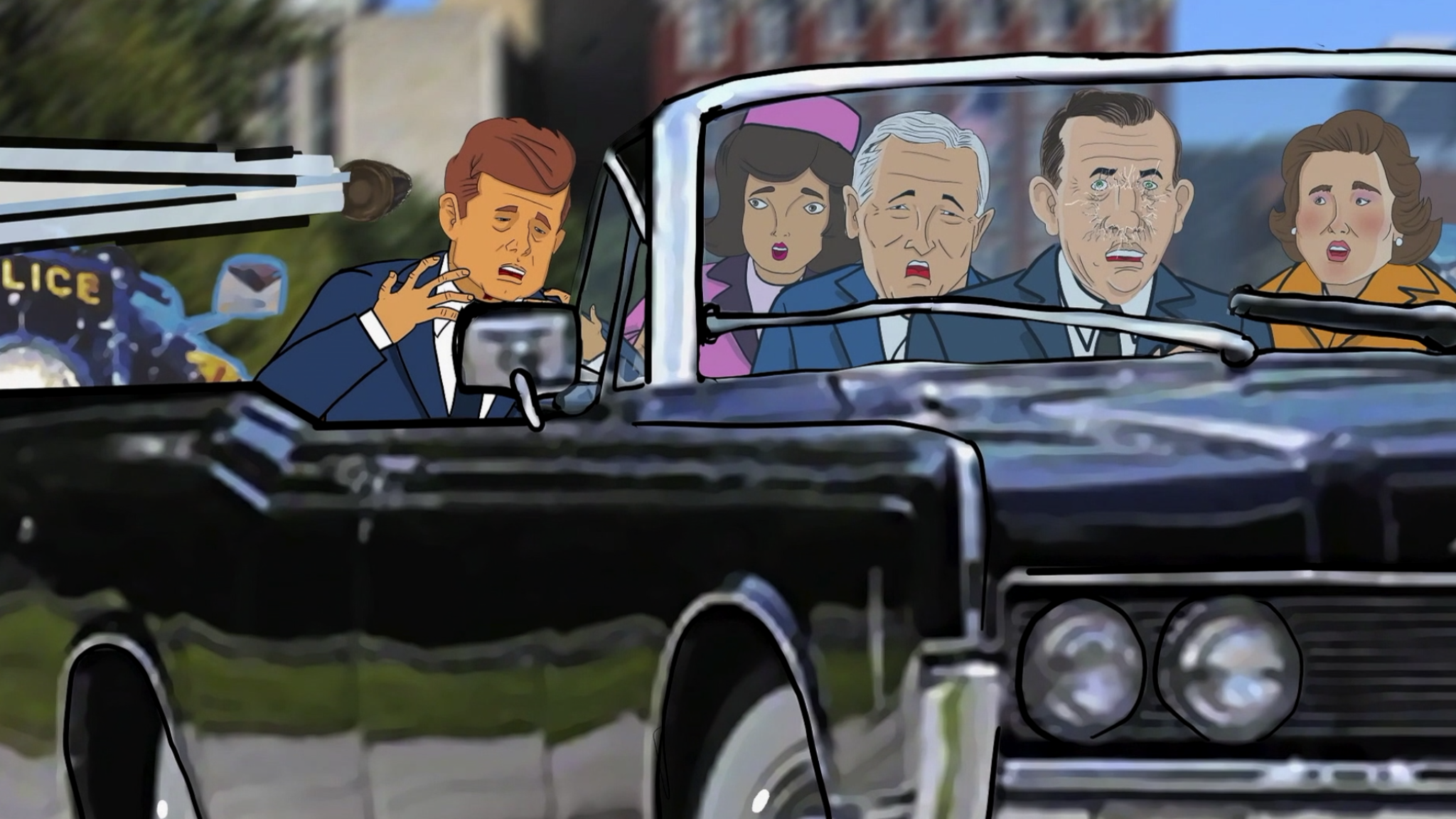 In addition to writing and directing, Davis spent four years animating every frame of Nixed himself. It’s a staggeringly impressive achievement when one looks at the detail and the aesthetic beauty the film sports throughout. There are stylistic nods to Mad Magazine and political cartoons, which makes sense given their popularity during the time period, but Davis also incorporates filmed footage and sequences of exaggerated presentation, which only further the trippy feel of the overall film.

The plot is just as unique as the way in which it’s presented. Nixed follows President Richard Nixon as he tries to uncover the truth behind the JFK assassination. He believes that the same shadow government that killed his predecessor is now trying to eliminate him, so he sets off on a wild goose chase involving the CIA, the mob, Anti-Castro Cubans, Russians, and J. Edgar Hoover (just to name a few). 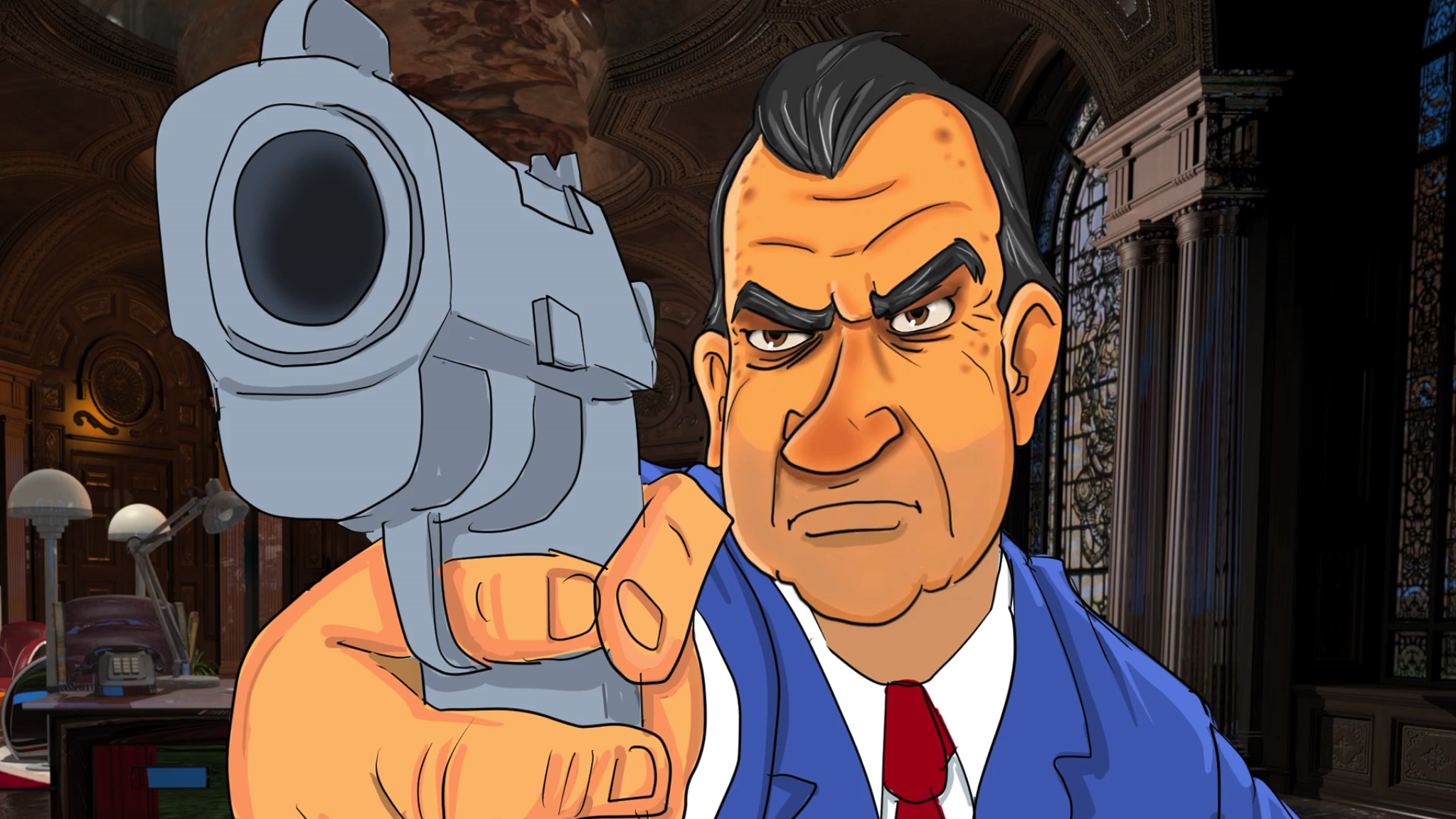 The film is pitched as being “mostly true” with a little bit of fiction, and while the leads taken by Nixon are based on some form of truth, Nixed is at its best when it’s indulging in the pulpy vision of Washington, DC that Davis creates. Seeing Nixon saunter around like a classic private detective and ask button-pushing questions about the infrastructure of the U.S. political system is endlessly entertaining. The film made its world premiere at the Annecy Animation Film Festival, which runs from June 13th to 18th. Annecy is the world’s largest event dedicated to animation.

In a climate of endless sequels and superhero movies, Nixed is a refreshing change of pace. It takes full advantage of its elastic animated aesthetic, and takes a fresh, fantastical approach to historical events. Davis’ auteurship is undeniable, given that he spent years perfecting the writing, directing, and animating, and the attention to detail shows in the quality of the final product. Nixed is a winner, and you should see it as soon as you can. 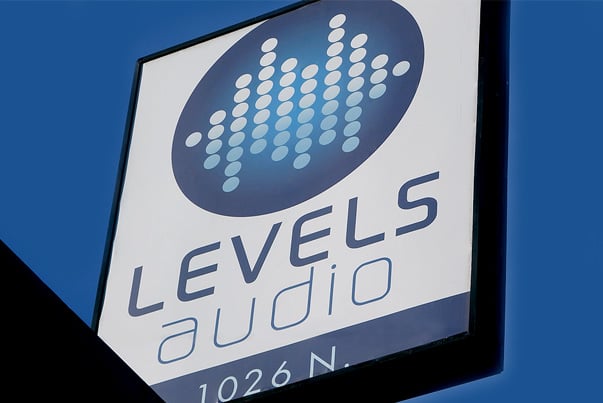