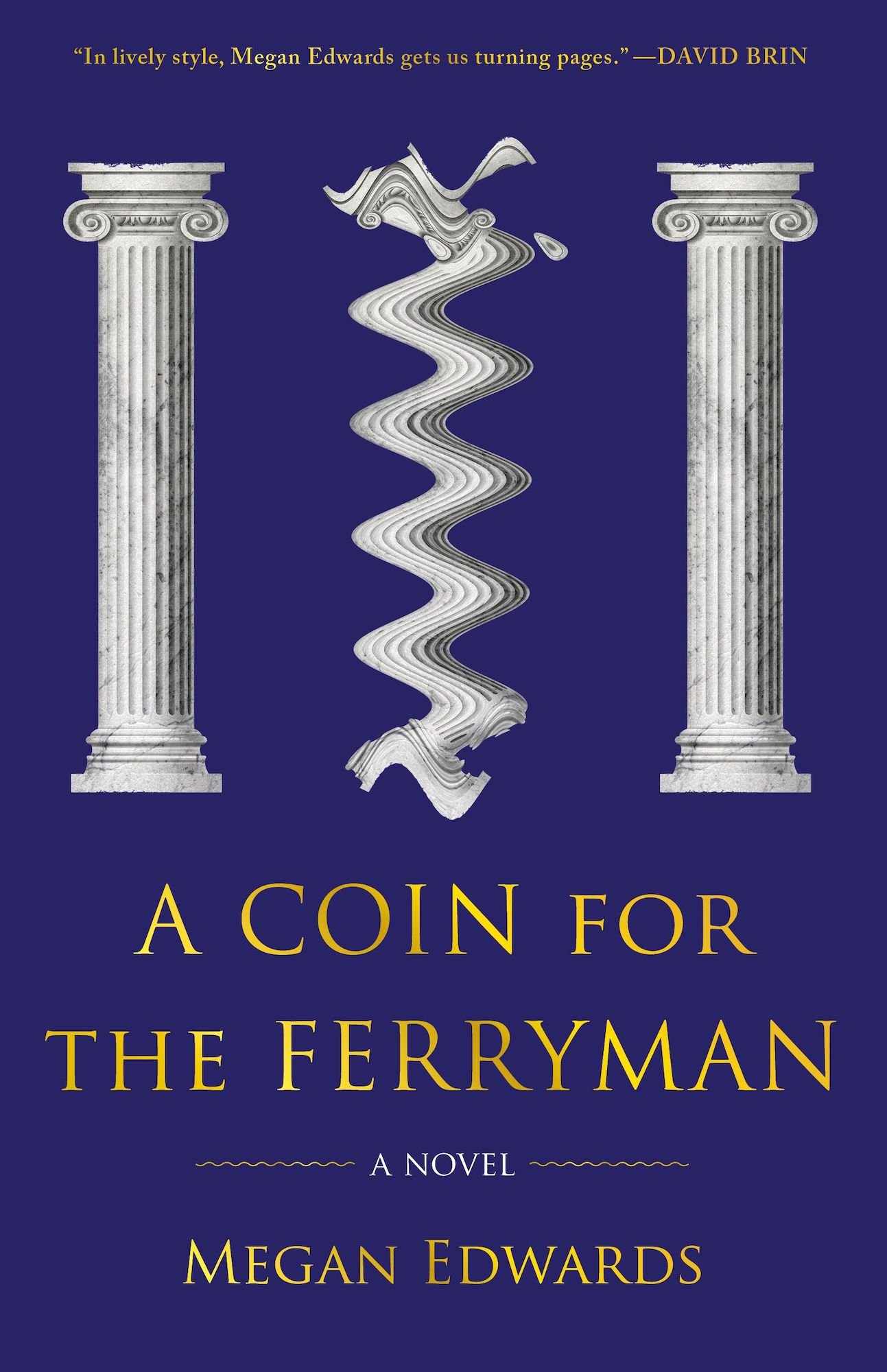 Get excited about Megan Edwards’ ‘A Coin for the Ferryman’

Author Megan Edwards holds a B.A. in classics from Scripps College and an M.A. from Claremont Graduate University. She’s known for her travel memoir Roads from the Ashes: An Odyssey in Real Life on the Virtual Frontier and her award-winning mystery novels Getting off on Frank Sinatra, Full-Service Blonde, and Strings: A Love Story. Today she lives in Las Vegas and the city has helped inspire her latest book.

A Coin for the Ferryman is a time traveling, road tripping, sci-fi extravaganza. The book follows Julius Caesar himself as he’s pulled into the present and taken on a journey that will lead him straight down the strip to Caesar’s Palace and beyond. Set to be released on March 1st, the book has already been receiving heaps of praise from early readers & reviewers.

Ahead of her book release, we spoke with Megan Edwards about her craft, her history, and her future. 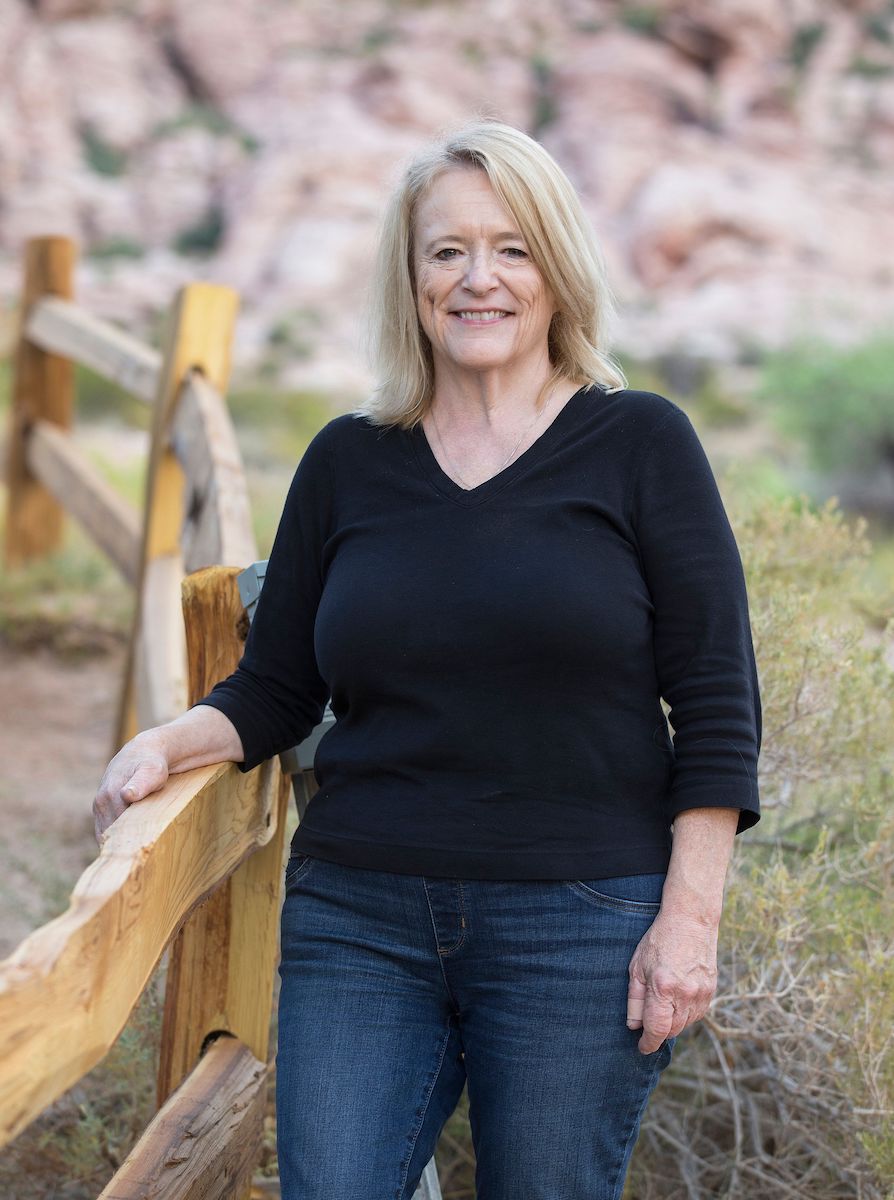 Did you always know that you wanted to be a writer?

I have always loved reading, writing, and words. While my love of wordcrafting began early, my decision to write professionally came later, not long after I concluded my career in education with a document that I consider my first book. I was principal of a young independent school that was going through its first accreditation process. It was my task to present the school in writing—its programs, purpose, values, goals, and core beliefs. When all was complete and the results successful, I realized how much I had enjoyed telling the school’s story. My next professional gig was a weekly newspaper column, which I followed with a travel memoir. Up to that point, I had not seriously considered writing fiction. Once I decided to give it a try, there was no going back. And now I realize that—whether fast-based or fantasy—what I loved all along was telling stories.

Tell us, where did you come up with the concept for A Coin for the Ferryman?

Back in college, I visited the Getty Villa in Malibu, California, for the first time. While the museum is a splendid reproduction of a real ancient Roman villa, it has improvements and amenities not found in the original. As I walked around the gardens and through the buildings, I wondered what a real ancient Roman would think. So much would be familiar, while at the same time, so much would be bizarre, like elevators, air conditioning, and electric lights. Even the beautiful blue chlorinated pools would be strange. “What would an ancient Roman think about our world?” became my go-to thought experiment whenever I found myself with time to daydream. Much later, I decided the ancient Roman would be Julius Caesar, and then the novel began to take shape.

You studied classics at Scripps College, but did you still need to do research to accurately portray Julius Caesar as a character?

Easily the most daunting thing about writing this book was putting myself into Caesar’s head. I read everything I could find about him and yet still felt nervous about attempting to recreate the man’s personality. I had to get past my fears, of course, and I’m still thrilled that several Caesar experts think I did a good job!

Can you walk us through your creative process when you’re developing a new story?

I belong to the group of writers that need to know where the story’s going to wind up before I can start at the beginning. I guess that makes me a “plotter,” but I don’t need every detail. For me, writing a novel is a bit like taking a road trip. Let’s say I start in Los Angeles and know I’m going to end up in New York. There are plenty of routes that will get me there, and there will be detours along the way. Truth be told, I might even end up in Philadelphia! I like to plot the basic story, and then I begin. Eighty or ninety thousand words later, I hope I’ve made it to my planned destination—or somewhere nearby—via a delightfully scenic route!

What does a day in the life of an author look like?

I get up early. I spend a lot of time at my desk. I drink a fair amount of coffee. Some mornings, I log in to my virtual writing colony. We chat a little, then time ourselves through several writing sessions using the Pomodoro Technique. It may sound strange, but being on camera with other people who are also writing is motivating and helpful! 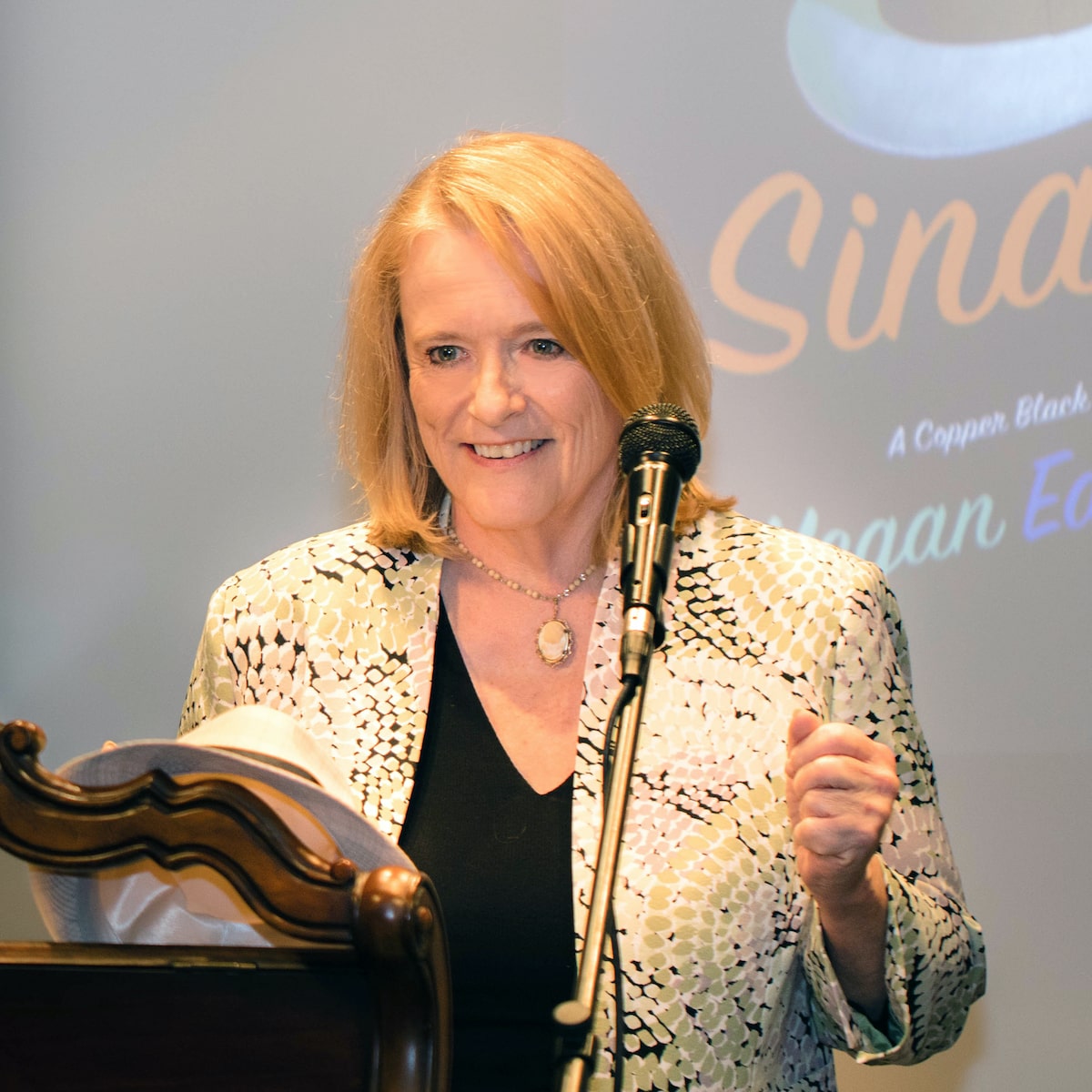 What was your biggest challenge while working on A Coin for the Ferryman?

I first began writing this book in 1999, so I think the biggest challenge was getting it done! I finished the first version back in 2001 and signed with my first agent. When the book didn’t sell, I put it on a shelf and went on to write more books. I still liked this story, though. From time to time, I would pull it out and work on it. When I finally made the decision to make it my first priority again, I got the job done!

If you could use time travel to go back and tell yourself one thing before starting the novel, what would it be?

“Beware the Ides of March!” Not really, but I do believe that if I were to back to 1999 and tell my then-self that the book wouldn’t be published for two more decades, I think my then-self would have felt like Julius Caesar on the Ides. Why should I believe you? I’d wonder. Sad, but if I’m honest, I think I would have treated my future self as a Cassandra.

What do you want your readers to get out of the novel?

If a reader enjoys the story, I am thrilled. If they’re still thinking about it a few days later, I am ecstatic.

Obviously, Las Vegas features heavily in the book. After travelling all over Europe and North America, how did you decide to settle down in the City of Sin?

It’s definitely not something I planned or would have predicted! In 1999, my husband and I had been living in a motorhome and traveling all over North America for nearly six years. We adopted that lifestyle after our house burned down in a California wildfire and never dreamed we’d stick with it for as long as we did. When I started writing A Coin for the Ferryman, I soon realized that if I wanted my main character to be authentic, I would have to spend some time in her hometown. “A few weeks will be enough,” I promised my husband. We drove to Las Vegas, where I bought a bus pass and started exploring the city beyond the stereotypes. Long story short, we’re still in Las Vegas. After taking a closer look and discovering the community beyond the neon veneer, we both realized we had found our new home!

If you could bring a historical figure into the present, aside from Caesar, who would it be?

I have decided that kidnapping a person from the past is not something I would actually do if it were possible in real life. Too many potential problems! All that aside, Cleopatra fascinates me. I’d love to know what she was like in person and more about her thought processes, hopes, and dreams.

Who are some of your favorite authors?

This is a list that changes almost daily! As a child, I loved C.S. Lewis and the Chronicles of Narnia. Right now, I admire Neal Stephenson. As a classics student, I loved Catullus, Plato, and Sophocles. It would be easy to say there are too many authors, but that can’t be true. Never enough! It’s wonderful that there are so many brilliant ones.

What are five books you think everyone should read?

I hesitate being prescriptive about what to read. In my own experience, I think these books have been formative, inspiring, and perpetually good resources:

Of course you see what I did there—those Norton anthologies are many, many books in one!

What do you love most about writing books?

When I’m writing, I sometimes get a feeling of great power. I am creating people and then bossing them around! I am causing big events! I am building worlds! I love it when it happens, but I must add that there are plenty of times when those same people, events, and places seem to take complete control and leave me utterly at their mercy.

What do you consider to be the biggest success of your career so far?

I believe that the best reward for writing is the privilege of writing more. I continue to have those opportunities, and I am humbly grateful for them.

Do you have any advice for someone who’s currently working on their very first book?

Keep writing! When you’re ready, get the best professional advice you can find. Take the advice. Hone your craft. Even though you write alone, a published book is a collaborative project.

Can you tell us anything about your next book?

I am writing the third book in Copper Black mystery series, a whodunit featuring a young woman who works for a Las Vegas PR firm and finds herself mixed up with murder.

Share via:
Sponsored Post
Tags
A Coin for the FerrymanFull-Service BlondeGetting off on Frank SinatraMegan EdwardsRoads from the Ashes: An Odyssey in Real Life on the Virtual FrontierStrings: A Love Story
Author