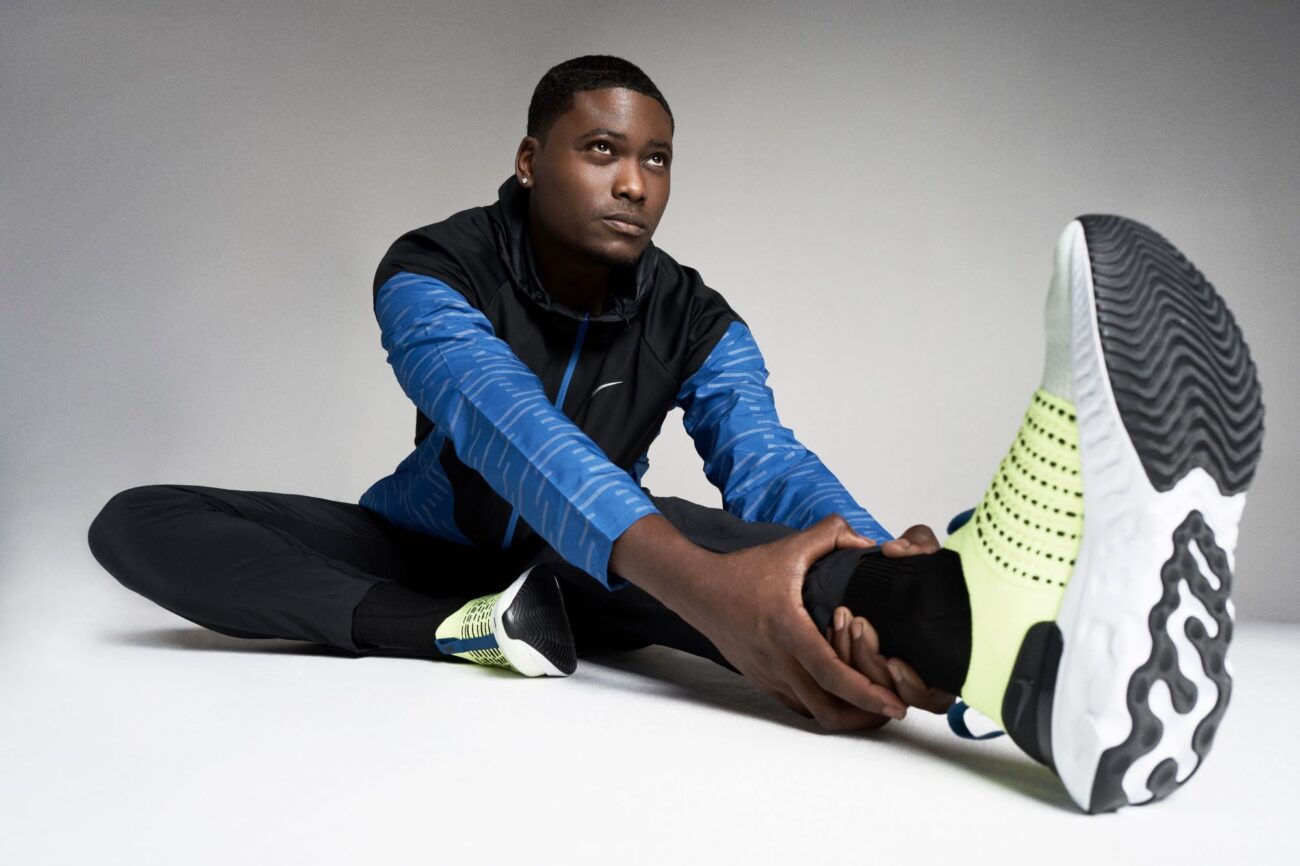 Kelsey Caesar: From Olympic training to a horror movie set

Kelsey Caesar isn’t afraid of chasing his dreams. Caesar is a seasoned athlete who once had Olympic aspirations but shifted gears when he discovered his passion for acting. Now Caesar has a promising career in Hollywood, and next up he’s starring in the horror film Bitch Ass, directed by celebrated actor & filmmaker Bill Posley. He’s also a part of the upcoming Thomas J. Churchill film Devilreaux.

At this exciting point in Kelsey Caesar’s career, we wanted to talk to him about acting, success, and the road ahead. Caesar opened up in an interview that you don’t want to miss. 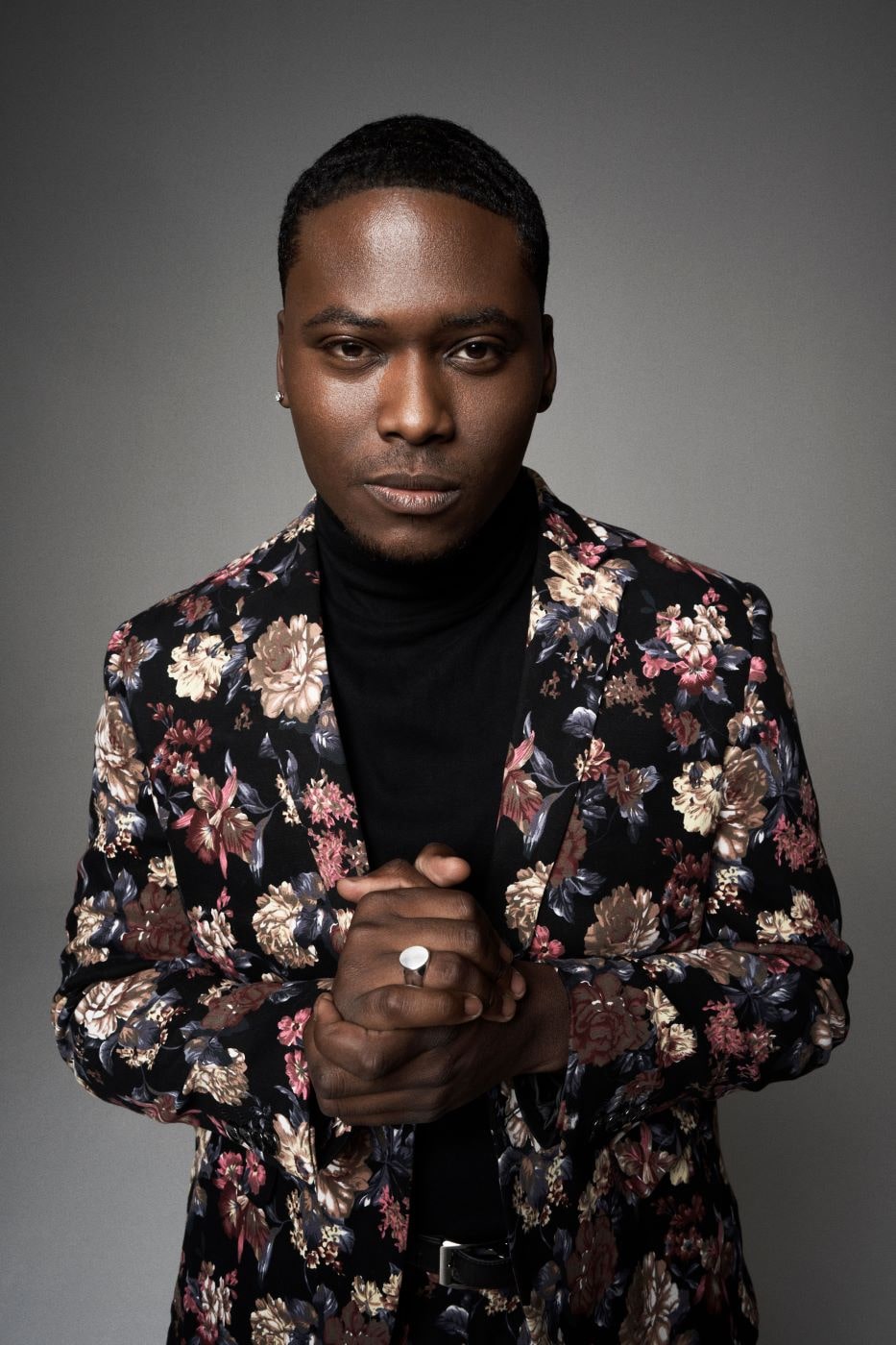 How did you first fall in love with acting?

This may not be the Strasberg version, but I fell in love with acting by watching Nickelodeon’s Kids sketch comedy show: All That. I Loved everything about that show. Kenan Thompson and Kel Mitchell were my representation, when growing…, especially Kenan Thompson. Watching him in Mighty Ducks and then to see him getting his own show, The Kenan and Kel Show, truly inspired me.

You were pursuing a career as an athlete. What made you decide to take the leap into performance instead?

I was always interested in performing arts growing up, however, I just couldn’t dedicate the time to it. I was always so involved with sports.  I had to turn down callbacks and bookings, due to competing. It wasn’t until I retired from track and field in 2016, I was training for the USA Olympic trials at the time, behind in my training from shooting a film for 6 weeks. I made the ultimate decision to devote all my time to acting.

What are some of your favorite films and shows?

Right now, Succession is amazing!! For pure fun, I love Outer Banks, due to it being such a wild teen drama! I’m a huge fan of Insecure as well as anything that Issa Rae does! Spiderman: No Way Home…don’t want to ruin anything, but…the best!  I’m waiting for a live-action Miles Morales Spiderman!

I love James Dean. His spontaneity always added to the layering in his characters. What a tragedy that his career was so short-lived. Of course, actors like Denzel Washington, Viola Davis, Chadwick Boseman, and Kenan Thompson are at the top of my list! Leonardo Dicaprio is another factor that I admire so much. I love how dedicated he’s been to his career. He trains like he’s an athlete!

What keeps you motivated?

Other than wanting to make my parents and family proud,  I’ve always seen life for myself with no boundaries, regardless of what adversity I face. Seeing amazing and talented black athletes and entertainers, who came before me, able to reach levels that very few have reached, is truly inspiring. We only get one life, so why not live to the fullest. 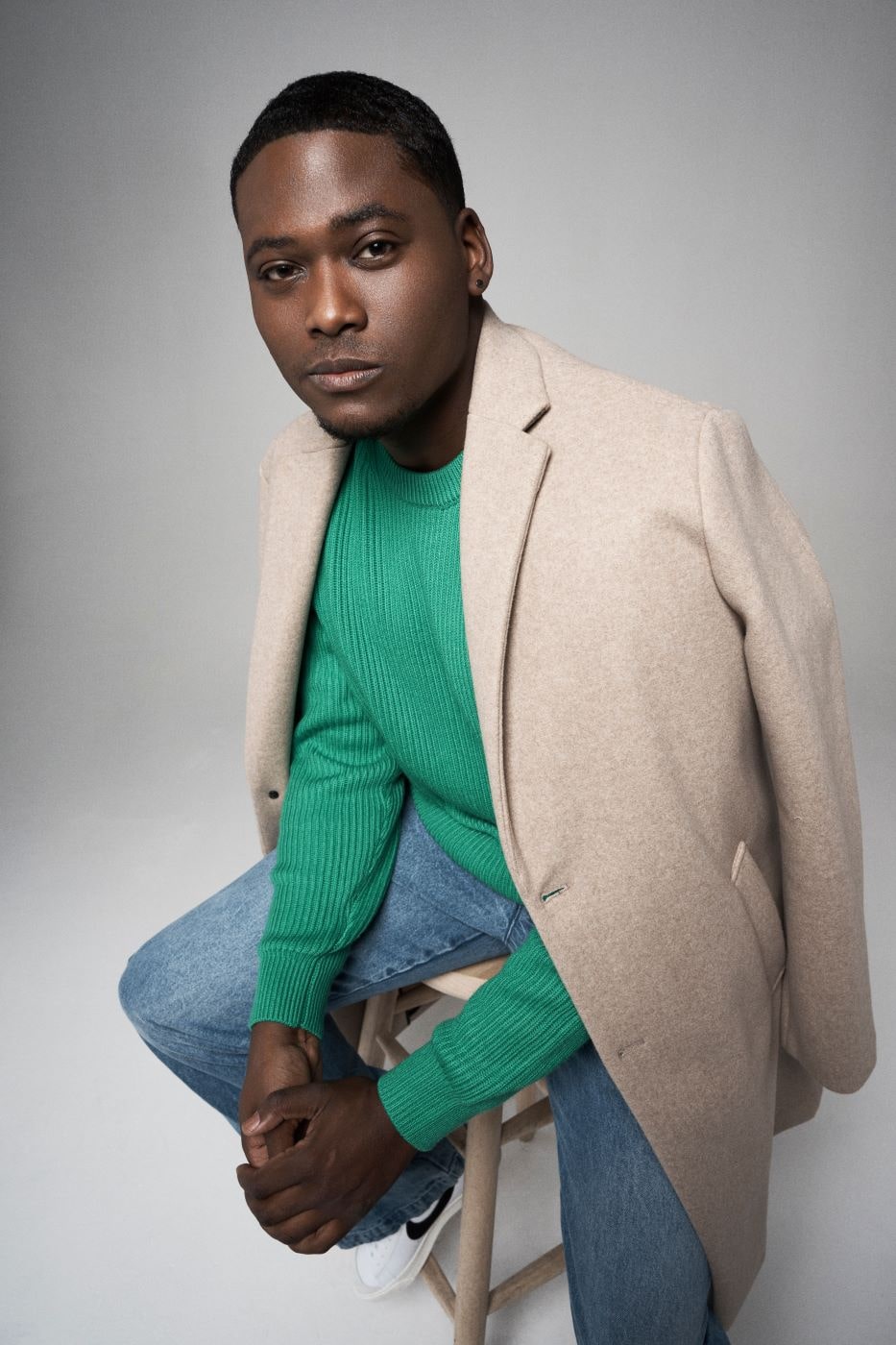 What roles are you most interested in taking on?

I would love to be part of the Marvel or Star Wars universe because who doesn’t want to be part of an enterprise that extends beyond generations…Other than that….any project is a great comedy. There should be an all-male black comedy like The Hangover. The time is now.

Do you have a favorite film genre?

I’m not anchored to any specific genre, to be honest, I just love a good story.

Whenever I ever get a script and am beginning to prep for a role, I read everything first. I do a deep dive, researching everything and everyone involved, from the story to the writers, and producers. It really helps to get a feel of the direction of the project. Once I complete that, I read my lines a few times, then I take a break and go for a run and walk, to decompress and let the ideas flow. Working out is very therapeutic to me in my process. Believe it or not, I get all my creative ideas running,  so that when I come back to it, I really dial in, and the ideas begin to flow.

You star in the upcoming film Bitch Ass. How did you get involved in that project?

I just auditioned for it.  It came in from my rep, and I remember thinking when I saw the title…Wow…This is going to be interesting. What could this possibly be about? Once I read the script, I loved the project! 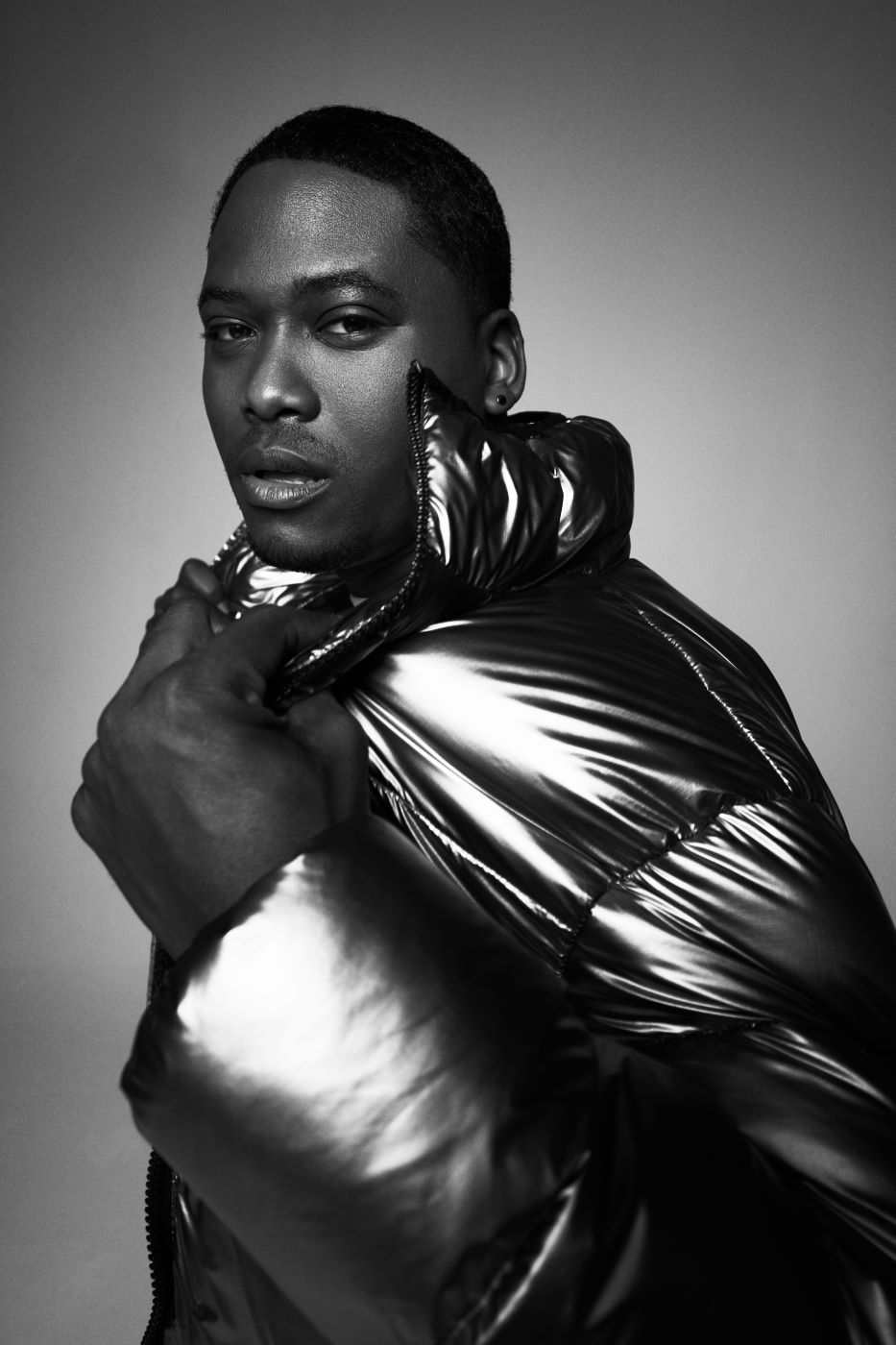 Did you encounter any challenges while working on the film, and how did you overcome them?

I think for me, it was just getting back into the groove of being back on set. Everything is different now because of the pandemic. Adjusting to the pandemic rules on set was a bit of a challenge, but the process of acting was and still the same….only safer.

What did you enjoy most about working on the film?

My castmates made the process fun. We all got along and got things done. I keep in contact with them.

What do you hope your audience takes away from seeing it?

I hope the audience leaves the theater excited and wanting more! The biggest takeaway is that this could lead to more all-black horror films made, that is to say,  Hollywood says this is a viable, money-making market that we should invest more money into because there’s an audience for it.

You’re also in the upcoming film Devilreaux. How did that come to be?

It’s a funny story, because “Tony Todd ” is also in this project as well. My manager, Daryn Simons brought the project to my attention, whereas she had produced The Debt Collector with Tony.  A week later I got an offer. It was a fun project to do! Once again, I found myself bloody and screaming for my life. I’m getting quite good at that! Stay tuned for that one as well.

Can you tell us anything about other upcoming projects you’re involved in?

Contractually… No, I can’t. but stay tuned. 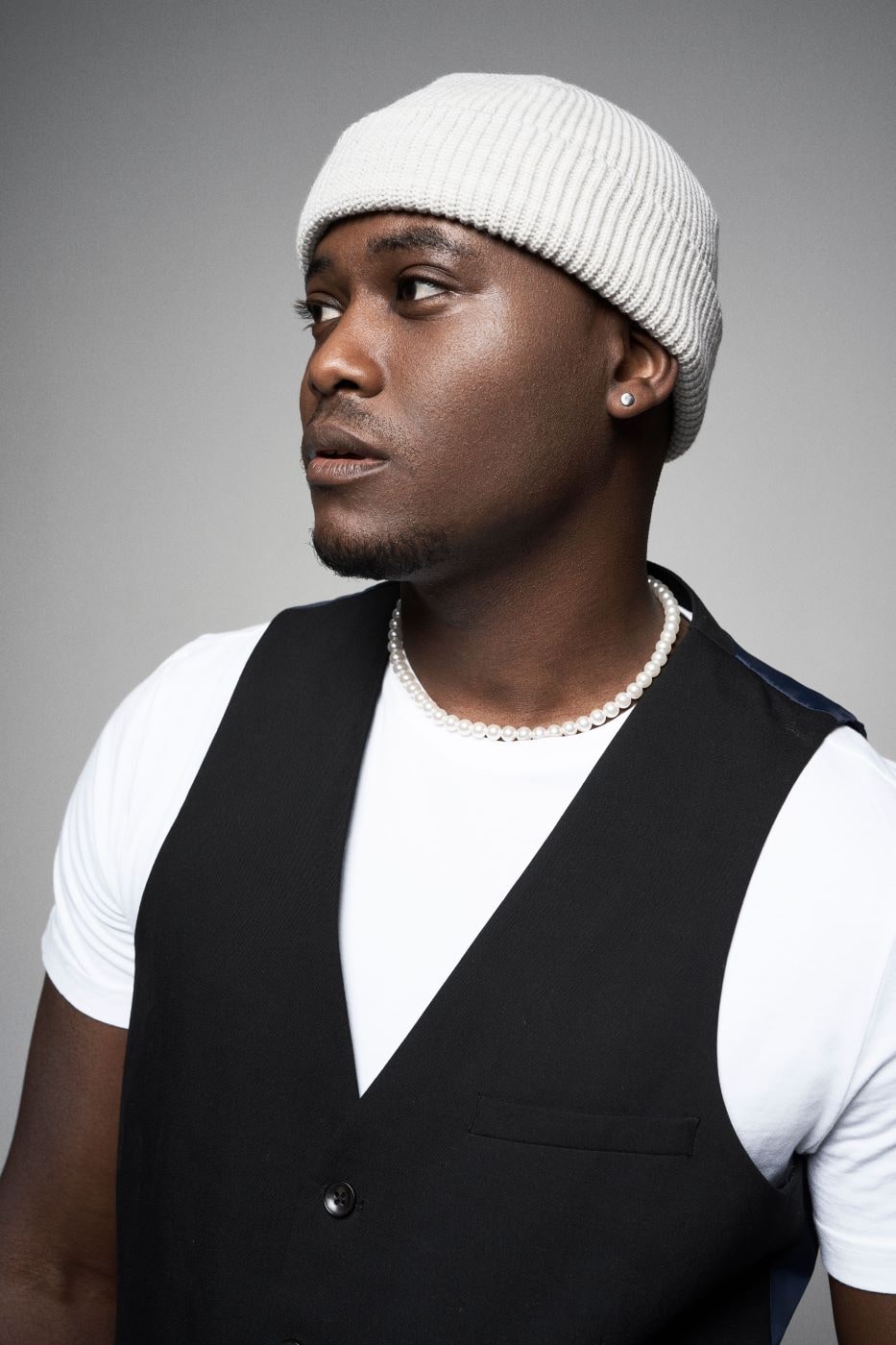 To be starring in an Emmy Award-winning show, or to be leading a major franchise film.

Who would you most love to work with in Hollywood?

I would love to work with a few people: Michael B Jordan is at the top of my list. I think Tom Holland would be a blast to work with. I admire the work he puts in for his roles as well.

What’s your mission as an actor?

To let everyone know to always keep the faith.

What advice would you give to someone who’s trying to decide if they should pursue acting as a career?

Do extensive research on every project that comes your way. Find your absolute reason for doing this as a career and then weigh the cost of your reasoning. If your reason weighs more than the cost, then do it!! Go for it and stick with it!

Where can people keep up with you?