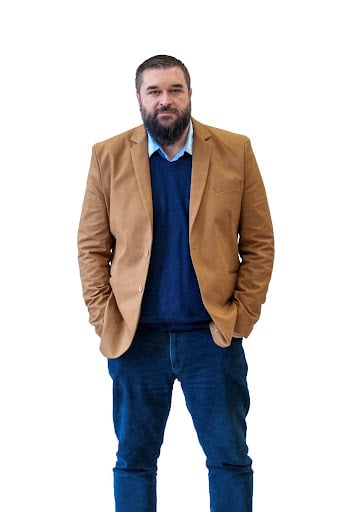 Film Daily 2021 Sexiest Writers List was presented by the Hollywood A- list host Logan Crawford(The Irishman, The First Purge, You Don’t Know Jack). Mr. Crawford is an Emmy Award winning Broadcaster, Newsman, Actor, and- of course- voice over artist. He’s the voice of the world’s top companies, including AT&T, Toyota, Subaru, Southwest Airlines, DuPont, Citibank, Mercury Insurance… and many others! FOX, ABC, NBC, and UPN are among the broadcast networks where Logan has told America’s story over the past 2 decades.

Iliyan Kuzmanov has officially been named FilmDaily’s sexiest writer alive for 2021, beating hundreds of other novelists from around the world. This serves as a feather in the cap of a wonderful year for the Bulgarian author, activist, journalist and traveller.

The other nine writers who appeared on the top ten list include Sam Slaughter, Charles Martin, Brian Alan Ellis, Adam Cesare, Alex Michaelides, Joshua Ferris, Nicholas Sparks, Omar Tyree, and Wrath James White. However, none could wrestle the crown from the eventual winner in Kuzmanov.

Iliyan has already made the top 15 rankings on Amazon for his debut novel, If You Meet Buddha, Kill Him this year, while also making the top 20 sales rankings for the same book. Not only that, but If You Meet Buddha Kill Him was also shortlisted for a number of awards due to its rip-roaring success. Iliyan Kuzmanov has now officially been named as the winner of The Literary Titan award, a prestigious literature award. Not only did the author scoop the top prize, beating out hundreds of other nominees, but he also became the first Bulgarian writer to win a US literature award.

The novel, which explores what it means to be human, also appeared as a Reader’s Choice in Greenwich Book stores and received a Reader’s Favourite five-star rating. Even more impressively, If You Meet Buddha, Kill Him was named among the finalists of The Reader’s Favourites International Award, which is the most lucrative in the world with $100,000 in prizes.

For those who have not heard of Kuzmanov and his brilliant work, his story started on the brink of poverty in Bulgaria. However, Iliyan managed to make a name for himself by moving to Canada for his studies and eventually flying to the United Kingdom to make his fortune. Kuzmanov now runs a business in London worth over one million dollars but has chosen against using his fortune to lay back and relax. Instead, the self-made millionaire uses it to fund his own social activism, with a focus on his native Bulgaria.

In short, Kuzmanov grafted harder than anyone to earn his fortune. He was deserving of every penny and few could have blamed him for walking away and seeing out the rest of his days on a sunny beach somewhere. Yet the self-made man created numerous self-funded projects for the next generation. Beyond his rugged good looks, it appears that his heroic attitude has earned him a place as the sexiest male writer of the year in the eyes of his readers.