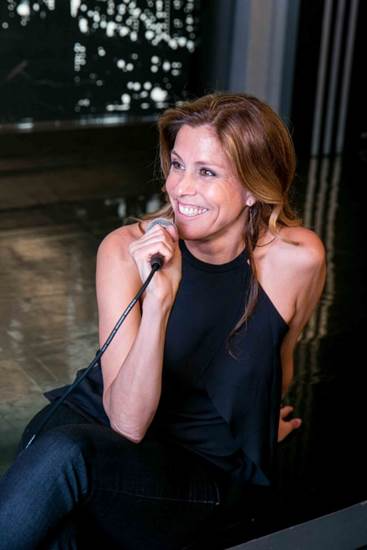 Felicia Madison may not yet be a name known the world over, yet that appears to become increasingly unlikely as the comedian continues to make waves across social media. From stage to stage, audience members continue to double over as Madison’s jokes take them across every emotion with near effortless impact.

While it doesn’t take a genius to understand what makes people laugh, it definitely takes more than a bit of universe-given talent to connect with audiences the way Madison has with her last few acts.

We were lucky enough to get a deeper look into how she sees the world, and why it makes us laugh so much.

Tell us about your history in comedy. How did you get started?

I never really had a chance or discovered what it was I wanted to do in life professionally. When I was a stay-at-home mom and was never 100 percent fulfilled, I would always try different things to do from going back to school for interior design to starting a blog to even exploring a temporary tattoo business.

Don’t ask. I have a friend that does stand up and I always told him, one day I will try it. When my youngest wanted nothing to do with me, she became a teenager, I decided to take a comedy class with a friend. After my graduation performance, I was hooked, I loved it. I haven’t stopped since.

Who were your biggest comedic influences growing up?

Growing up, wow, hope I can remember that far back. I would have to say the one person I admire and who influenced me the most was, no surprise, Joan Rivers.

I guess she was most like me, grew up Jewish, outside of Manhattan, without a lot of money. Honestly, there weren’t many other female comedian role models when I was growing up. Some of my more recent ones are Judy Gold, Jessica Kirson, Whitney Cummings, Amy Schumer, her more recent work, and Ali Wong.

How long did it take you to feel comfortable telling jokes on stage?

I felt really comfortable right away. I did have jitters in the beginning and would get nervous but that is something I learned early on that doesn’t really go away. I remember performing for the first time at Dangerfield’s, I was so nervous I was shaking.

The owner told me, “ You never stop being nervous, Rodney used to be sweating bullets before every show”. You need to learn to harness the nerves and adrenaline to work to your advantage.

Do you ever struggle to come up with material? If so, how do you deal with that?

Some people can sit and work and write for hours on end. I come up with my material from everyday life. If something funny happens I put it on my comedy list on my phone.

Then I write them into jokes and test them out during New Joke Night at West Side every Tuesday. When I am having trouble coming up with new material, I just go out and experience life. There is funny everywhere, at least I see it that way.

You’ve very open about your family and your mental health during your sets. Do you feel honesty is an important part of being a comedian?

I think honesty is the most important part of comedy. You are ultimately laying out for everyone to see who you are and how you see the world. I work with a lot of young comedians and I can spot right away when the joke isn’t honest, it usually isn’t believable and hence not funny. Of course, we do greatly exaggerate and stretch the truth.

Do you like to interact with the crowd or do you prefer to keep to your planned set?

I always feel like I am welcoming people there and want to get to know them. However, I am trying to stop interacting as much because to develop a tight set you really need to be disciplined about performing it. Also, your time on stage is so precious you have to use it wisely. Sometimes you can get great material out of crowd work and sometimes you just wasted an opportunity to work on your set.

You’ve taken your talents to the stage (The Miserable Mrs. Madison) and to the big screen (Funny Felicia). How do these different mediums change the way you approach comedy?

My one-woman show was a much different experience than doing stand-up. It was a much longer format which meant just me all alone for a longer time on a larger stage. I needed to incorporate visuals and props which are usually, not always, a no-no in stand-up. It was also a performance with the so-called 4th wall, there was no interaction with the audience.

I also had to develop a story arch which also is not really stand-up, although that has been changing a bit. I actually really enjoyed the challenge of creating a full story as it enabled me to send a message and some real teachable moments. As for film, I am not on the big screen yet. It was, however, very

interesting having a camera crew following me around for an entire year. It gave me a sense of what it feels like to be a Kardashian.

You’re also the Director of New Talent and Talent Booker at the West Side Comedy Club. Was this a position you always wanted to pursue?

No, it absolutely was not. I know people might hate me for saying this but it all just sort of fell in my lap. Right place, right time—and some people would say my hard work and talent.

But I guess my internal instincts as a mother, my organizational skills, and my stubbornness led me to succeed at producing shows, nurturing talent, and picking talent. The powers that be noticed and they offered me opportunities. I do think I have a keen eye for talent, not sure if it came from doing standup and studying it or just an inherent instinct.

How important has your own comedy experience been when scouting new talent?

I think being on both sides I see things differently. Funny is funny, but stand up is a bit unique. Most people think we just get up there and are funny but it is an art form with jokes having specific structure and form.

Knowing what makes a joke hit, because I practice it myself, gives me a bit of a leg up to spot talent. It is most helpful with new talent because I can see with a bit of tweaking they have potential. Performing and booking did give me an interesting perspective on how to deal with up-and-coming comedians that are not quite ready.

I remember when I first started doing stand-up, the audience would laugh at my jokes. When I got off stage I would say to the booker, Look how well that went, when are you going to book me? The feedback is always the same, you need more time, keep getting up on stage. But now that I book, I try to give more concise constructive feedback that is more helpful.

What is the hardest part of being a Director of New Talent?

I think one of my greatest achievements was my one-woman show. This is tied with creating a new talent program. They are so different, but they are both in my mind great achievements. The former was a labor of love, hours of preparation and writing and rewriting then culminating with performing the show on multiple days.

Afterward, people told me they cried, laughed, and really got to know me or they also experienced these emotions thank you for sharing. Hearing this was an amazing feeling!! The latter, was also a great achievement because I created something by thinking out of the box to help young talent succeed in this most difficult field.

I am proud of the comedians that have succeeded as a result of F Comedy, my new talent program.

What has been a professional setback? What did you learn?

I don’t have one specific setback but I think every day in comedy is a mini setback. I was told early on by a comedian I admire, Jessica Kirson. That you do not learn anything from killing but you do learn from bombing”. Every time on stage there is a small fail you can examine and learn from. This is how you get stronger.

I am currently rewriting my TV Pilot. I finished this pilot right before the Marvelous Mrs. Maisel came out. It was about an upper east side mom-by-day stand-up comic by night. Obviously, Ms. Maisel ruined any chances of my pilot being picked up. Now that Ms. Maisel’s reign is over, I am hoping it’s Mrs. Madison’s turn. So I am rewriting, reworking, and changing it a bit. I would also like to revisit my one-woman show and do an extended run.

What advice do you have for aspiring comedians?

My favorite quote is “Hard work beats talent when talent fails to work hard”. This definitely applies to stand-up. But nothing beats Talent that works hard. Also in today’s climate, social media is very important. Booking clubs, bars, stadiums, and theaters, is all the bottom line about filling the venue.

If you cannot get a following on social then how would any venue expect you to fill their space? However, just because you have a large social does not mean you are a good stand up and you can also be an amazing stand-up with a small social (only because they don’t try).

Lastly, what is your favorite comedy special of all time?

That is such a difficult question to answer. It is like giving someone a jar of slightly different shaded pink Jelly Beans and asking which one is your favorite. I love so many different comedians it is impossible to pick just one.

I will say one comedy special I am looking forward to is from a comedian that actually got her start with me at West Side Comedy Club, and her special is coming out next year. If you don’t know her now, I promise you will, she is the epitome of talent working hard, and her name is Zarna Garg.

How far would you like to see Felicia’s latest act go? Do you think she would make as much of an impact overseas? Where would you like her to go? Let us know in the comments! 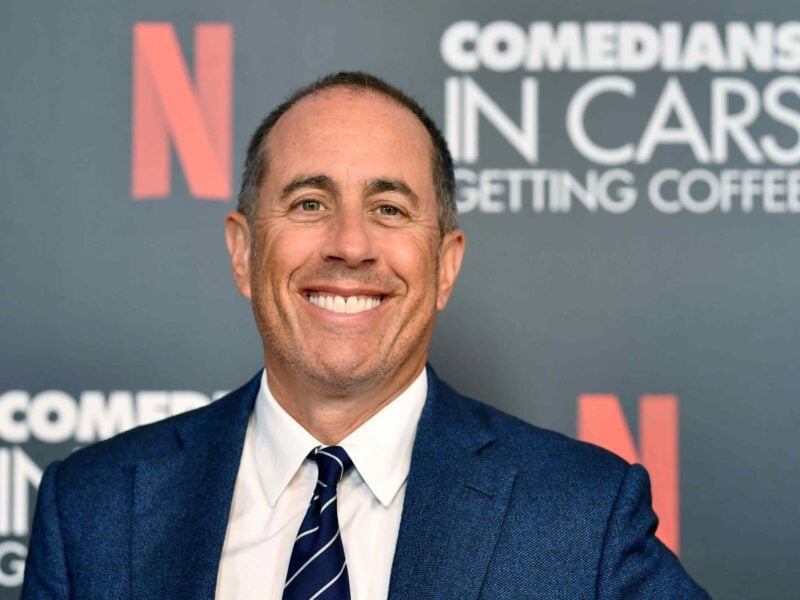 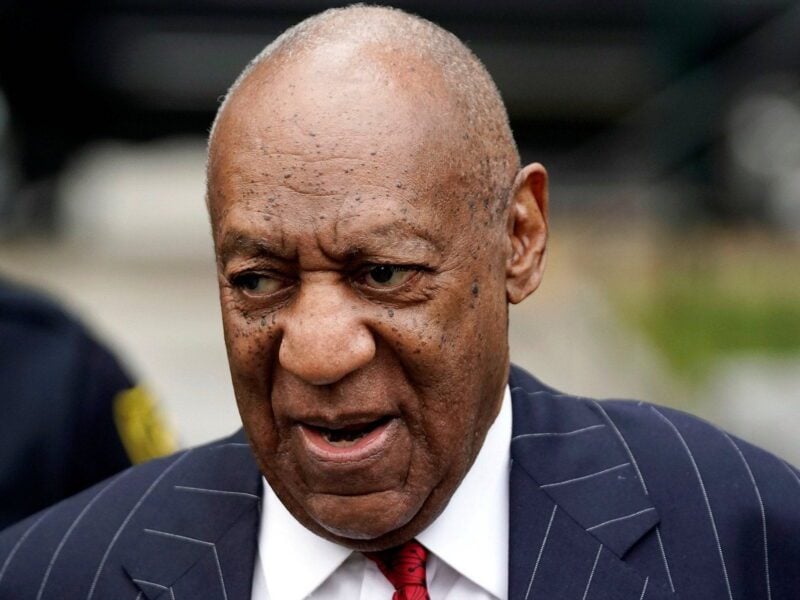 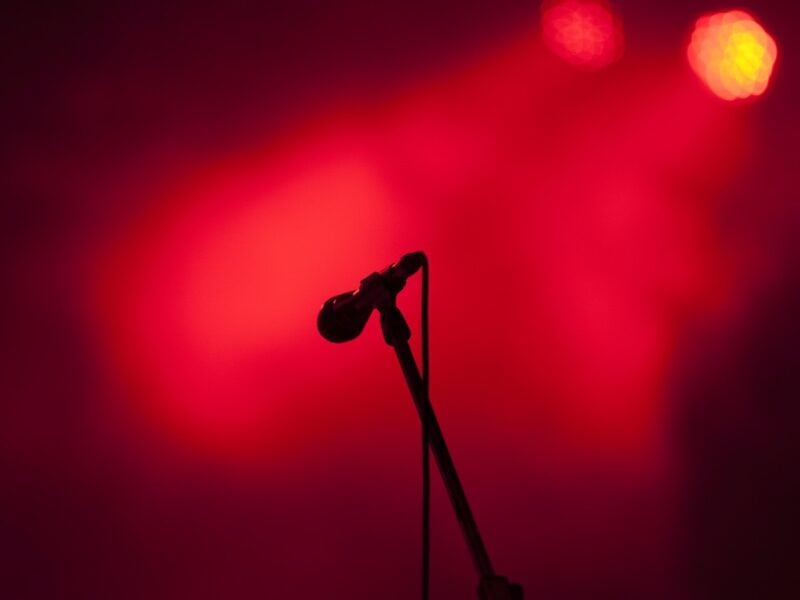 Why Should You Watch Stand Up Shows