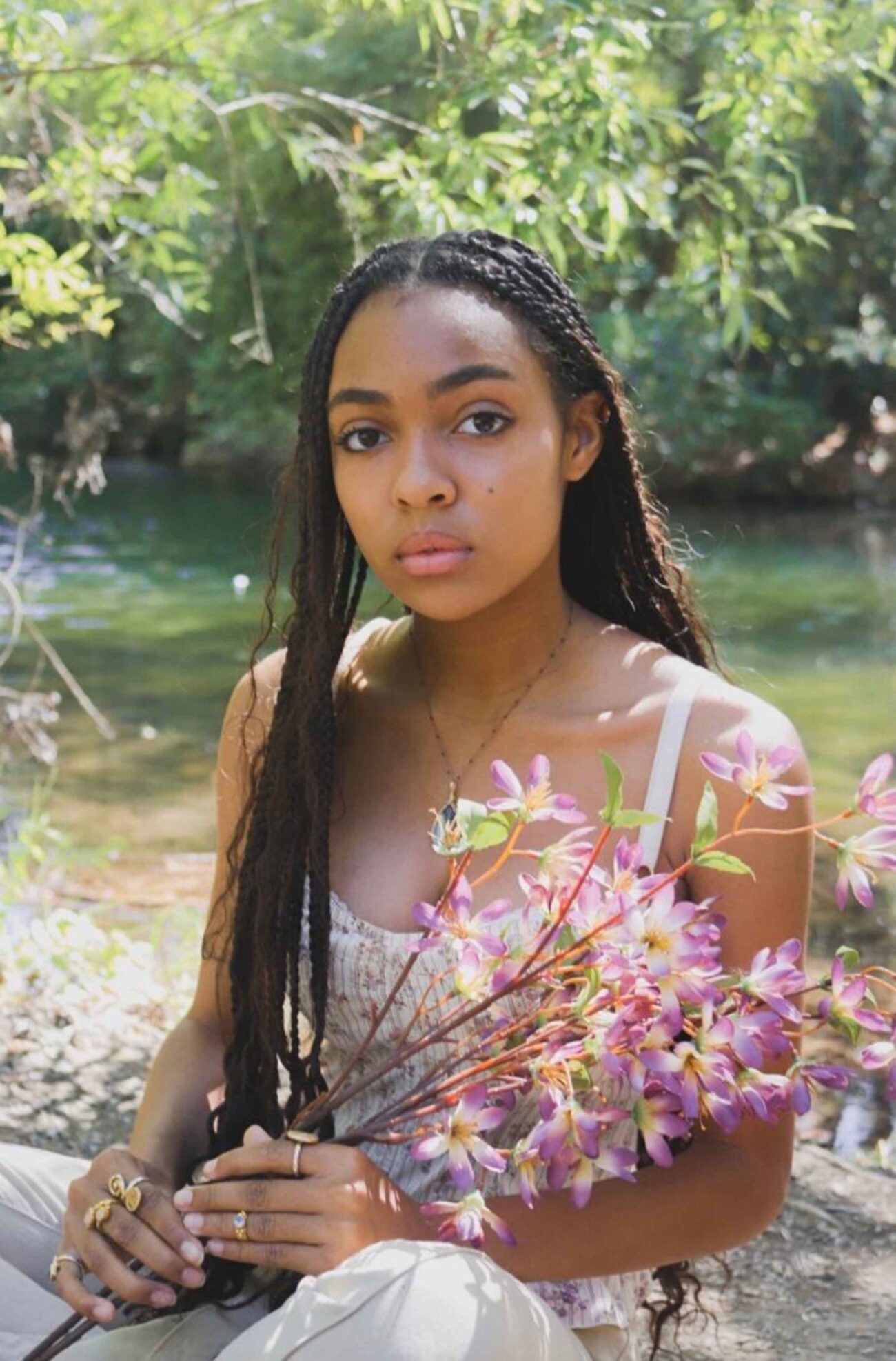 Triple threat: Get to know ‘Sydney to the Max’ star Cassidey Fralin

Cassidey Fralin started acting at the age of eight. In her young career she has appeared in shows like The Big Bang Theory, Black-ish, as well as landing a starring role on Disney Channel’s Sydney to the Max. Fralin is a true triple threat performer, aside from acting she is a talented dancer & singer. She was featured in the music video for Maroon 5’s song “What Lovers Do” with over 530 million views.

Fralin is also wise beyond her years. She is interested in social issues and already has a keen understanding of the importance of inclusivity & representation. Fralin has also worked with charities involved in helping children & the elderly.

Film Daily was lucky enough to talk to Cassidey Fralin about Sydney to the Max, her career, and what the future holds. Here is what she had to say. 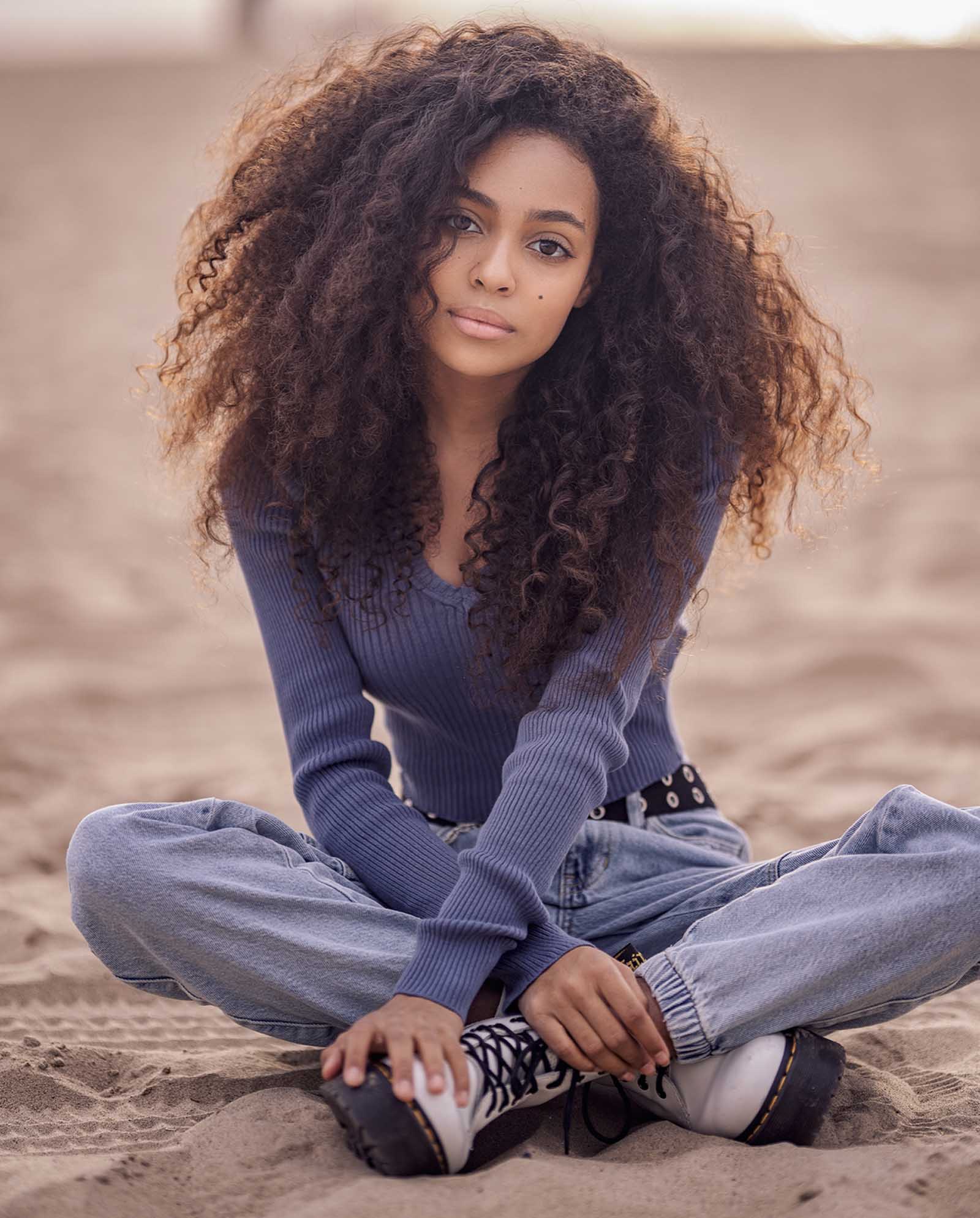 I owe my main inspiration for wanting to become an actress to my early love for reading. When I was younger, my life revolved around the Pippi Longstocking book series. I was devastated to finish the books, but when I realized that I could use the power of pretend to become Pippi, there was no turning back.

I loved to consider: what would Pippi do in this situation? How would her super strength and boundless confidence impact her thoughts and actions? And when I watched the Pippi movie, I was astonished to discover that what the actress Inger Nilsson brought to life with the help of some impressive special effects was just as magical as I had imagined it to be.

Seconds after finishing the film, I begged my mom to let me act so that I could not only live my fantasies but share them with others, as Inger Nilsson had done in so aptly portraying Pippi Longstocking… and the rest is history. 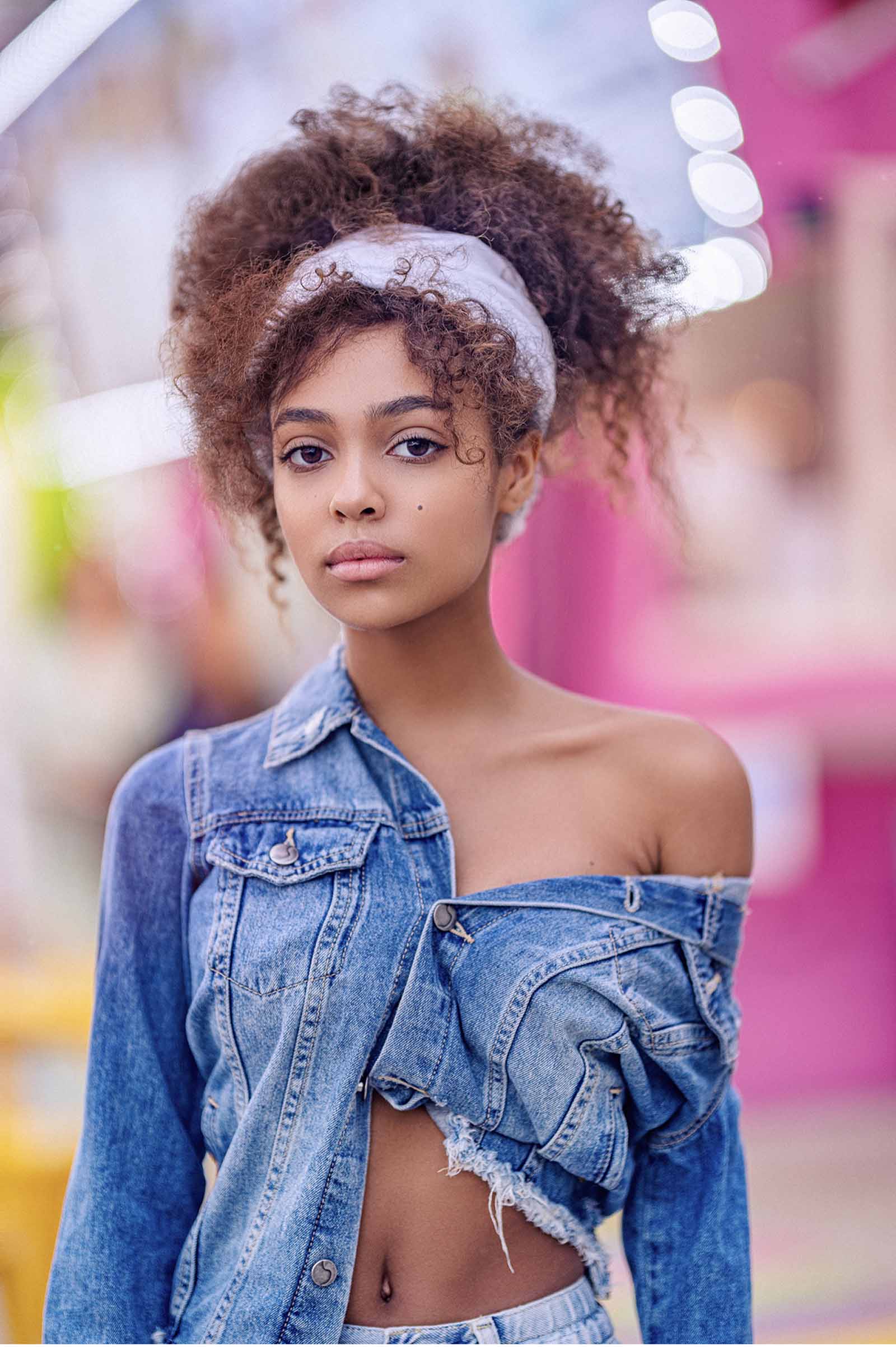 I have looked up to Amandla Stenberg since I was very young and can only hope to have an acting repertoire as diverse and astounding as theirs. If someone ever decides to make my life into a movie, I grant full permission to the casting directors to award Amandla Stenberg the leading role, portraying myself.

Amandla is freakishly talented; they possess the rare ability to completely embody every role they play in the most beautiful and intricate of ways. It would be an honor for me to meet them one day, and even bigger an honor to act in the kinds of films they have. I also loooveee Ellen Pompeo, but if I get into my obsession with her I may never stop. 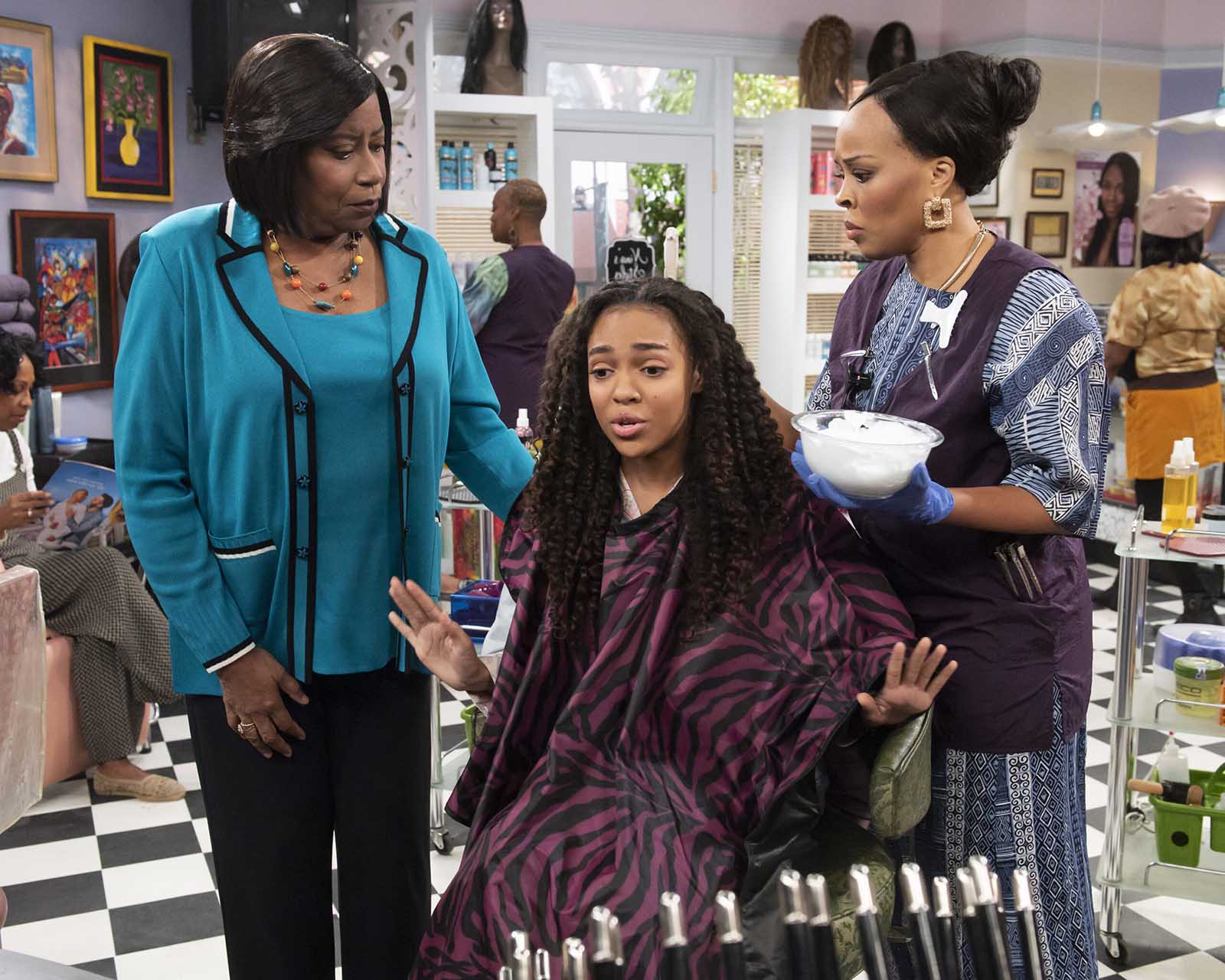 Do you have a favorite episode of the show that you have been in?

Yes! My favorite episode of Sydney to the Max is titled “The Hair Switch Project”. This episode is so important to me because it traces the hair journey of three generations of Black women — my character’s mother, who has always relaxed her hair and my character’s for the sake of appearing “professional”; my character, who struggles with the idea that she must deny her Blackness to, as she puts it, “fit in with white people”; and Sydney, who is biracial and has had her hair straightened by her white father and grandmother ever since my character’s death.

All three women visit the same hair salon throughout the episode, which I think really speaks to the way that Black women build a community around caring for our hair and ourselves. I love this episode as I think it does a fantastic job of acknowledging the complicated relationship that many Black women have with their natural hair, the value of both white allyship and spaces made by and for Black women, and finally, the importance of accepting and celebrating our hair in all its natural beauty – all in twenty minutes and all on a Disney show broadcast to thousands and thousands of households.

The nice thing about the episode is that, if you watch it, you’ll know what to take away: listen to Sydney, listen to Alisha, pay attention to the nuances of their experiences, feel validated and uplifted if those experiences are yours, and feel educated (and inspired to listen to more Black women :) if you are not already. 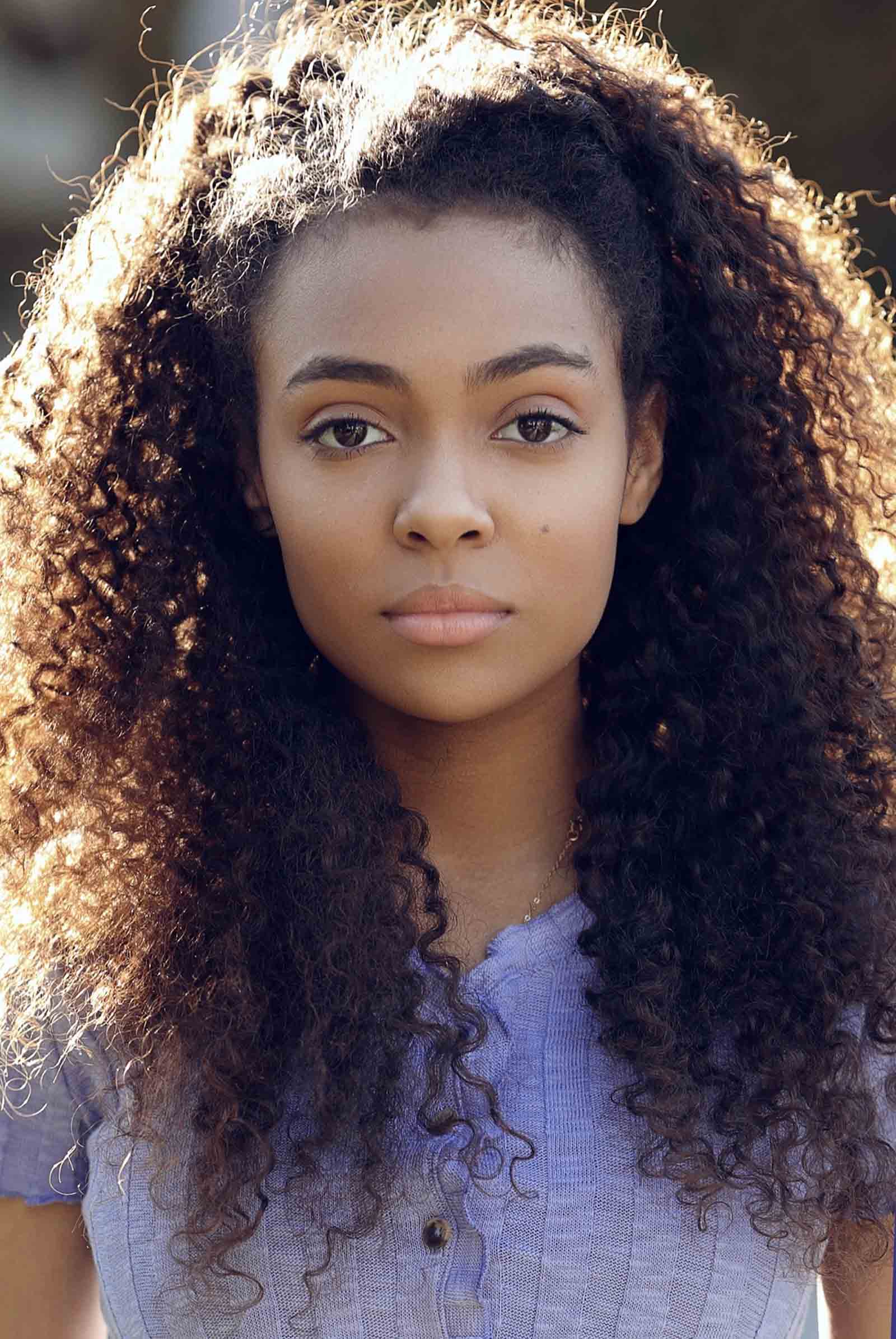 A ton of fun!! I prefer theatrical acting over anything, and being able to scream for help, tears streaming down my face, while tied to a roof was an incredibly joyful experience for me.

Tell us about your creative process. Do you have certain routines to help you get into character?

Honestly, my preparation for roles varies depending on my access to materials about plot, characters, and themes. I always feel lucky when I am given the whole script when reading for a role, but since that only happens occasionally, I always start preparing for an audition by thoroughly studying any information about my character that I’m provided and annotating my sides.

Some actors have a hard time watching themselves on screen, do you like watching your performance as Young Aisha on Sydney to the Max?

I may cringe a little bit when I see myself on TV, but truthfully I love it. Being able to see the scenes that such a large team has been put together to make work, so seamlessly air on television brings me so much joy. 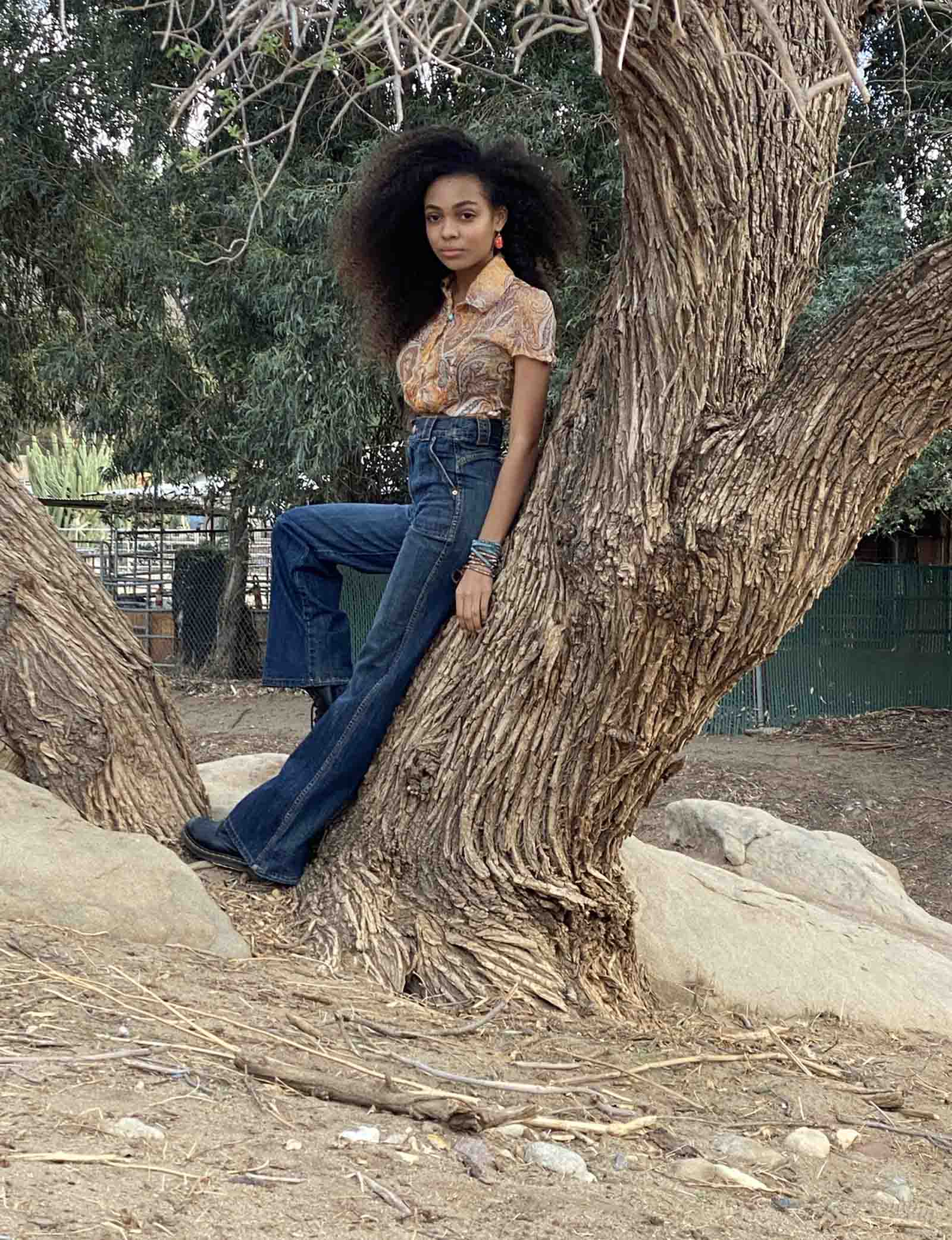 Definitely Dear John or Let it Shine. I will forever be obsessed and cry at the end of both.

What’s your mission as a performer? Name the most important thing you want viewers to experience when watching your projects.

My mission as a performer is to connect with other people through telling stories, and through acting I can do that. Moreover, acting taught me very early on that putting my all into something and knowing I am doing my best work always make me feel at my best.

Knowing that about myself influences me to take on new projects and challenge myself, and I’m so glad, because I’ve learned to enjoy the process of everything I do instead of only finding joy in the outcome. I hope everyone feels a sense of connection to every single character I portray. I hope my acting is so convincing that people begin to blend my in person persona with whatever the character I’m portraying’s persona is haha. I’ve seen this happen before which could I guess be a blessing and a curse.

You appeared in the Maroon 5 video “What Lovers Do”, what was that experience like?

I really enjoyed appearing in the “What Lovers Do” music video. It was one of my first experiences being in front of a camera on such a big project, and having to run freely around – appearing uninhibited while internally I was awed at the scale and at getting to work with stars like Mr. Levine and SZA (a true goddess) was a very amazing experience.

Ok, I may have been freaking out the entire time so it was a real exercise in not letting what’s happening on set influence my performance haha.

Since you’re skilled at both singing and acting, which do you prefer?

My favorite is definitely to focus on acting – my goal with dancing and singing is to be able to enhance the emotional resonance of a scene as required by whatever acting-related endeavors I pursue, like in the upcoming episode of Sydney to the Max where my character performs a song. Singing and dancing are hobbies of mine about which I am passionate, but acting is my dream career.

Do you find that singing and dancing allows you to express yourself differently than when you’re acting?

Dancing is great for when I have a lot of energy and I just want to explode outwards and make everyone feel as cheerful as I do; I also love to focus all my energy on making a slow, emotional song sound as beautiful as possible. However, it’s always fun to snap my fingers to an upbeat song and to do a more understated dance that relies on technique – so I guess in a way, I can express myself and emotions similarly between the three!

Do you consider it a responsibility to use your fame and your platform for educational reasons?

I use social media to share my values with my fans – I’m super grateful to have the platform I have and I do my best to use it to share my beliefs and what I consider to be important information, like information about the ongoing occupation of Palestine, racism against Black and other people, and the upcoming California recall election.

What I love about acting is the opportunity I get to communicate with people of all demographics in a loving and educational way, which is afforded to me through the platform that I accumulate. 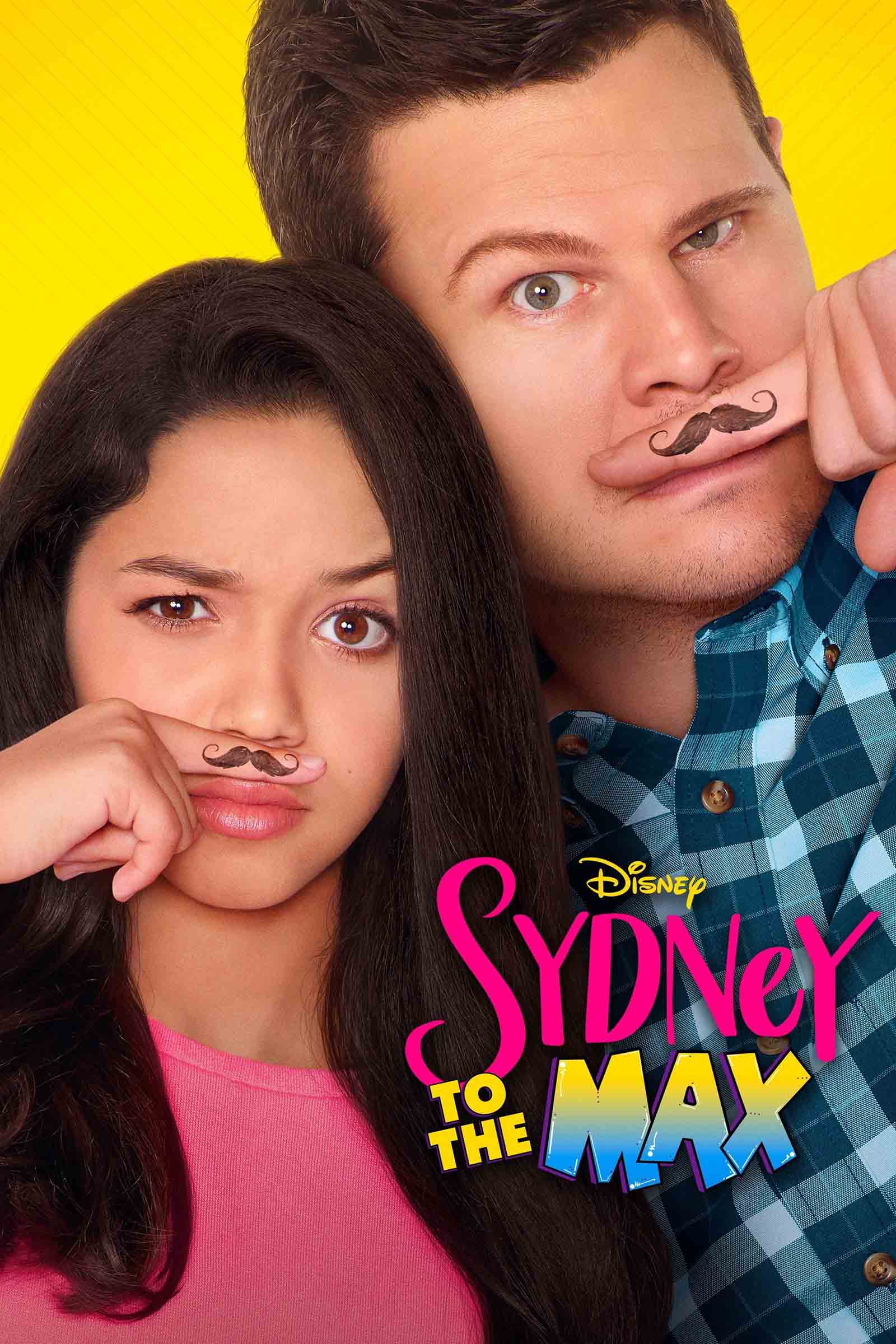 What about professional failure? What did you learn from it?

I learned that, and I mean this in the least corny way possible, you can never truly fail. “Failure” in my eyes is redirection. I try (and sometimes I… fail) to turn negative things into learning opportunities. For example, if I don’t get a role I absolutely love, instead of thinking of it as a missed opportunity I perceive it as the Universe’s way of telling me there is something out there that is better for me, and that I should keep working hard to achieve my dreams.

Stay tuned, because I love to stay as busy as possible! 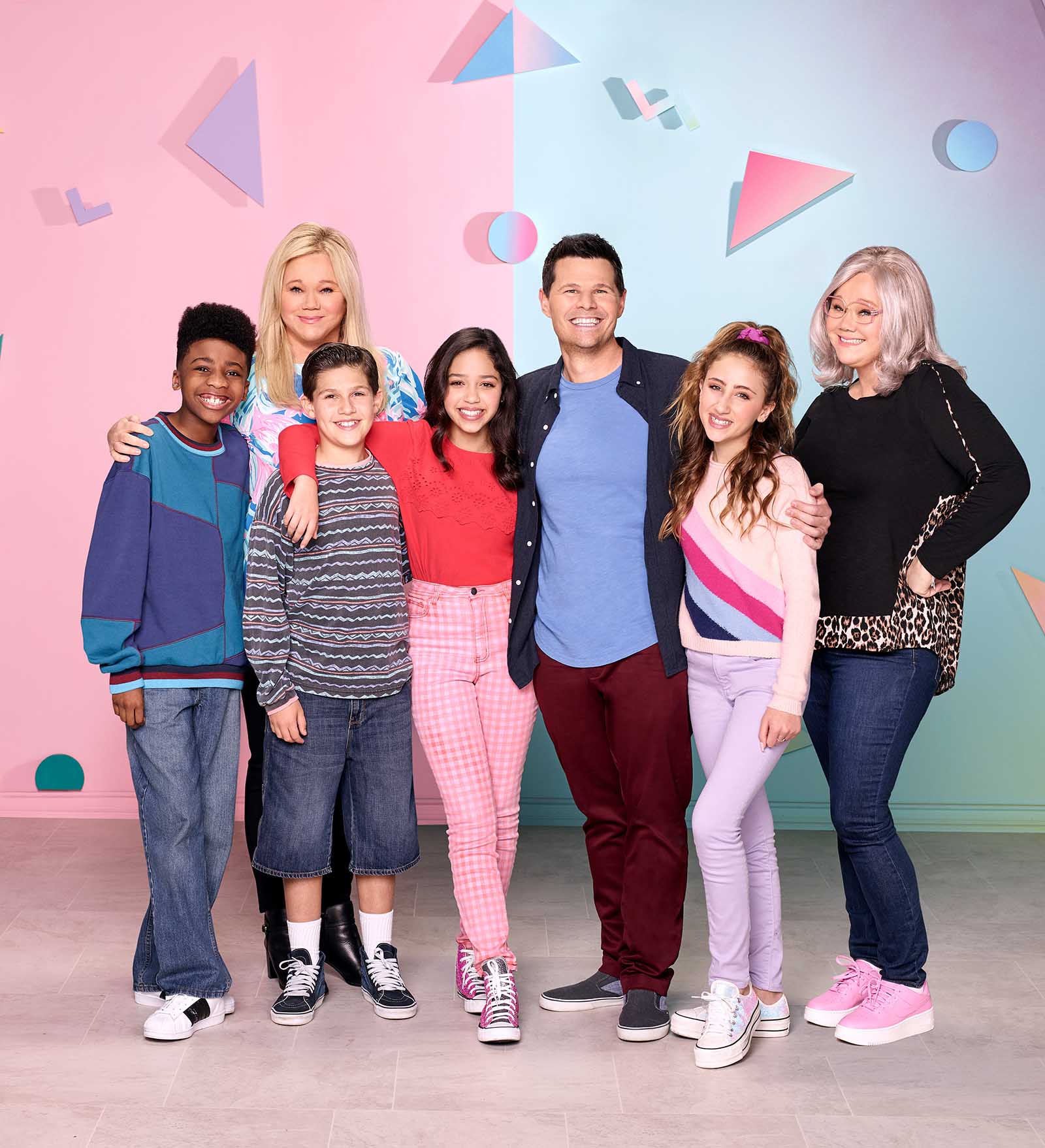 What tips do you have for aspiring performers?

When I first began acting my mom made it very clear that I realized a lot of “no’s” would come with the job. As I’m sure I’ve already said a thousand times, hearing a series of “no’s” can be jarring. But it made me realize that acting is what I am most passionate about and that opportunities that I may not expect are waiting for me.

I have applied this to every other area in my life — my grades, my friendships, all normal teenage things — and I can’t even quantify how much it has helped me to have experience with overcoming rejection. No matter how many “no’s” I have heard and continue to hear in the acting business, I keep in the back of my mind that rejection is redirection, I move on, and I work even harder to reach my dreams. 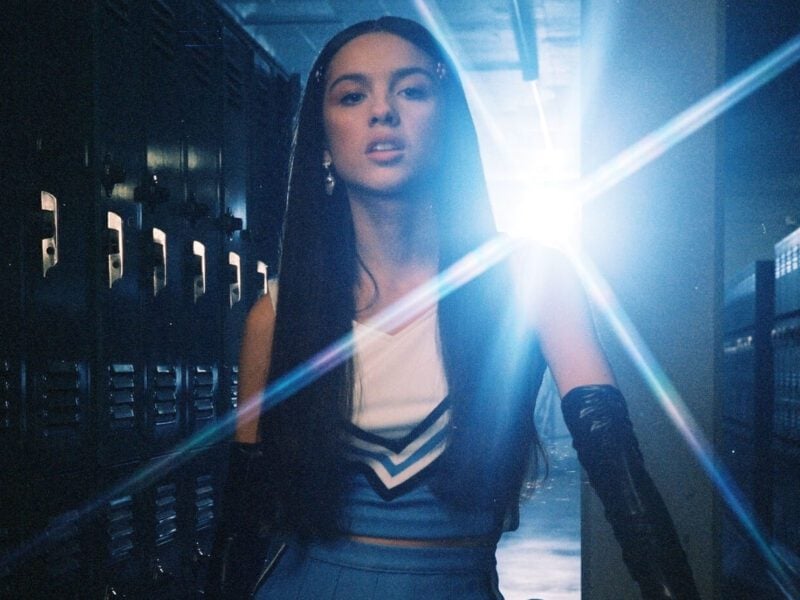 How much is Paramore earning for this Olivia Rodrigo song?