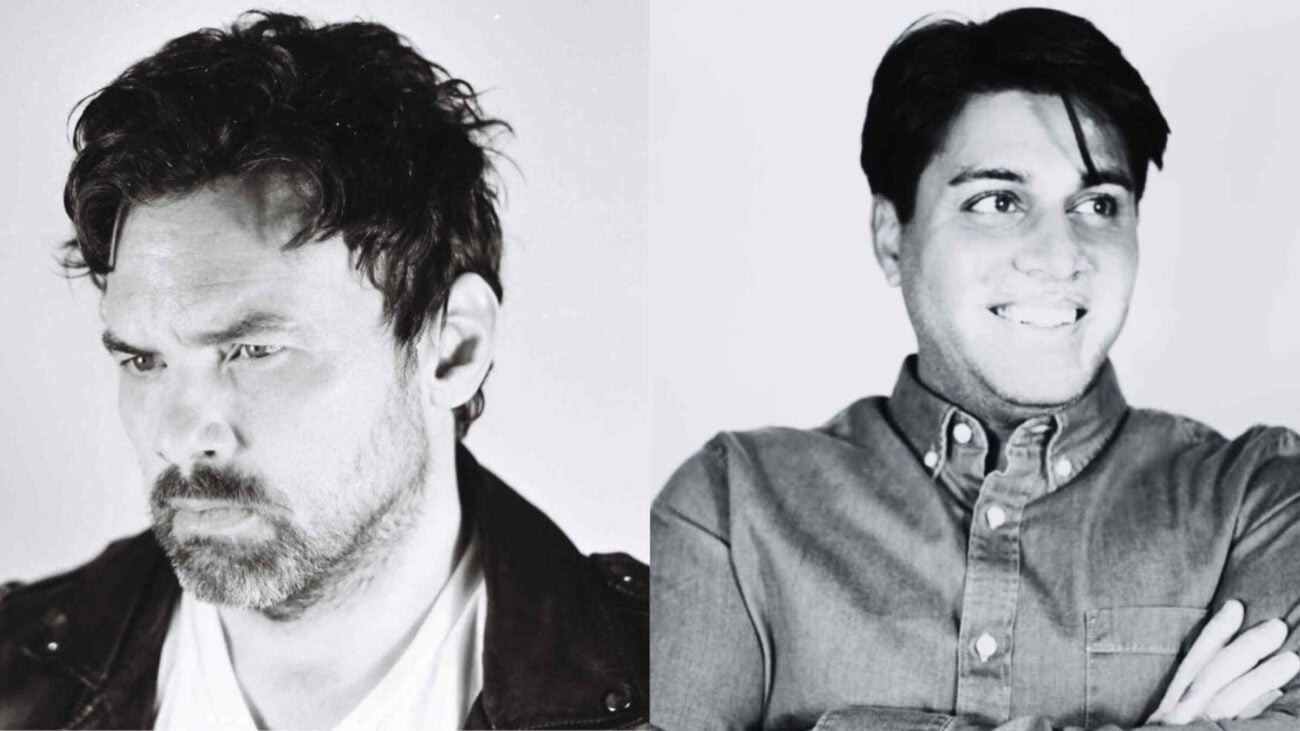 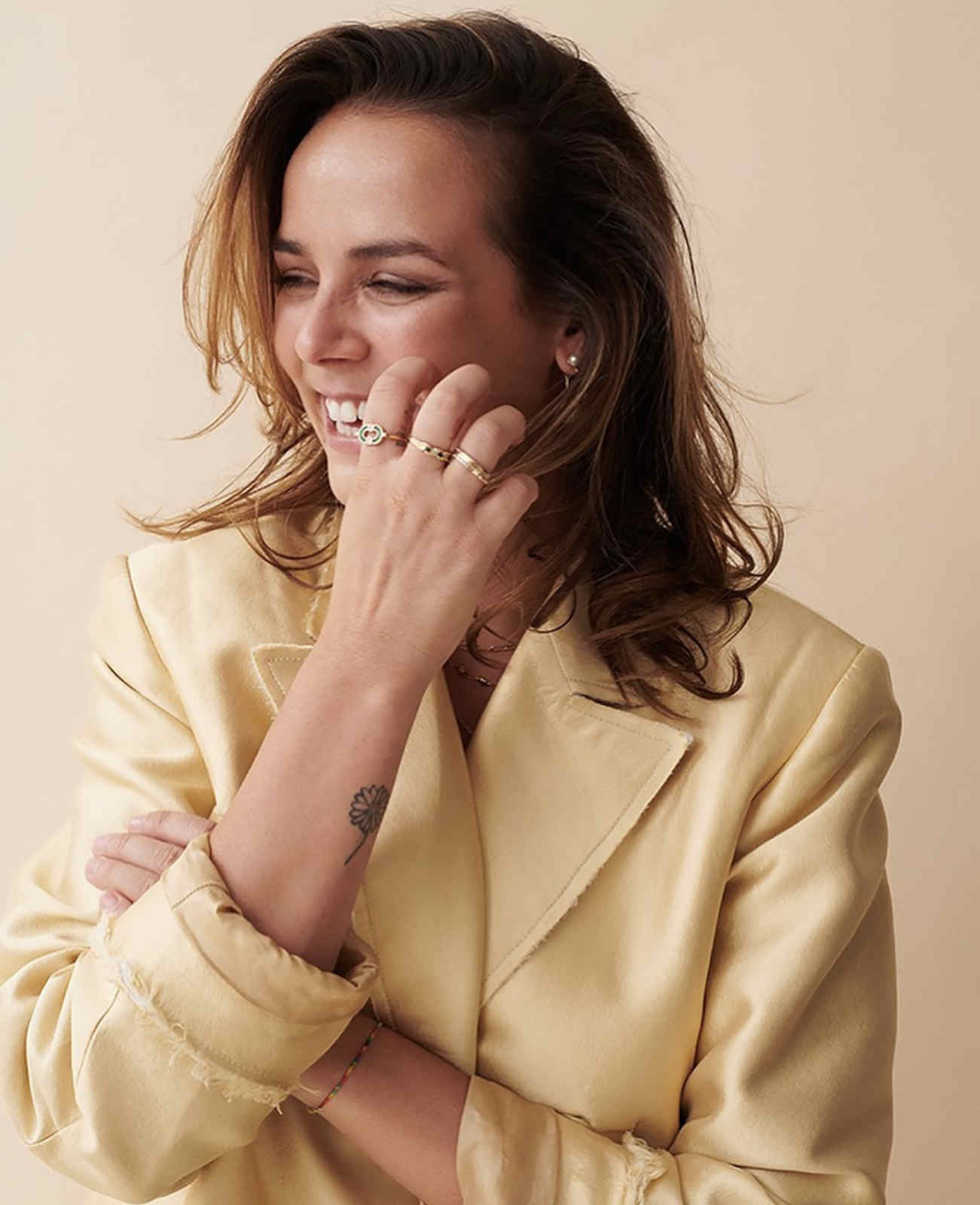 Who were your [Paul Beahan] biggest artistic influences growing up?

Beahan: I can easily name the obvious ones. In the film world, George Lucas, Steven Spielberg, and David Lynch. When I was about seven or eight-years-old, my stepdad was watching a VHS copy of Eraserhead and even though I was utterly confused, it excited me that not all movies had to be about magic aliens or spaceship battles. Things could have an ambience to them and be purposely confusing.

In the music world, I can say clearly it was an odd combination of the great UK 80s bands – Duran Duran, The Cure, Siouxsie & The Banshees, etc. But it was all of Malcom McLaren’s outfits and acts that really inspired me. His carnival barker draws to the Sex Pistols and Bow Wow Wow as well as his co-founding of the Vivienne Westwood fashion brand showed me that you can be hyper-creative in all realms whether it be music, cinema, or fashion, which I have also been a part of since the early 2000s.

You are the founder and CEO of Manimal Group. What inspired you to partner with Mahendra to then create Calabasas Films and Media?

Beahan: For several years I had been wanting to pivot the music company into a film and episodic cinema company, and although I had produced hundreds of music videos with some incredible directors and some short films, I did not know how to even get started pitch creating and pitching in that world. I met Kapil Mahendra in 2018, and we hit it off right away and after a few months figured out a way to merge our companies together into what it is today. Kapil has a magic about him that always works things out, no matter how difficult this business can be.

How important is the role of cultural diversity in Calabasas Films?

Beahan: It’s everything. I am a German American who grew up in San Diego with skateboarding, surfing, and both feet deep in punk rock culture and Kapil is an Indian American who grew up in the affluent suburbs of Calabasas. As a record producer and label owner, virtually all of my acts were women, people of the LGBTQ+ community, and/or artists from across Europe and Asia. In the film world, I personally would like to see more stories from Native Americans and Latin Women. There is so much there and it is not heard the way it should be heard.

Do you have a specific method for choosing Calabasas Films projects?

Beahan: With our documentary films and episodic series, we usually find the subject of interest and engage with them or their estate directly and create at least three outlines on how their story can be told. Usually once we find the rest of the creative team, we get the writers and director to assemble the rest and figure out if it will be a documentary feature, a series, or a dramatic series which we have plans to do in the near future.

How big a role does streaming play into the future of the company?

Beahan: We always try to approach everything we do as if it were to have a theatrical cut because I believe big screen cinema is extremely important, and the public health crisis we have experienced these last few years has pushed people away to watch everything at home. I am one of those people who enjoy watching films in theaters and on streaming. It is two totally different experiences.

Where do you see the company in five years?

Beahan: I see us setting up a proper film studio near Calabasas. The focus will shift to creating narratives, features, and series. I am a big fan of science fiction and thrillers. Kapil is a fan of romantic comedies, so I can see us producing the best of both worlds. We also plan on producing a stable of music documentaries about artists who are not household names.

Beahan: In this life, I have had serious gains financially and I have lost it all. I have foolishly put my own finances into music and film projects where I should have probably held off at the first sign of a red flag. I learned that in order to win, you have to play, and that always involves a ton of risk. 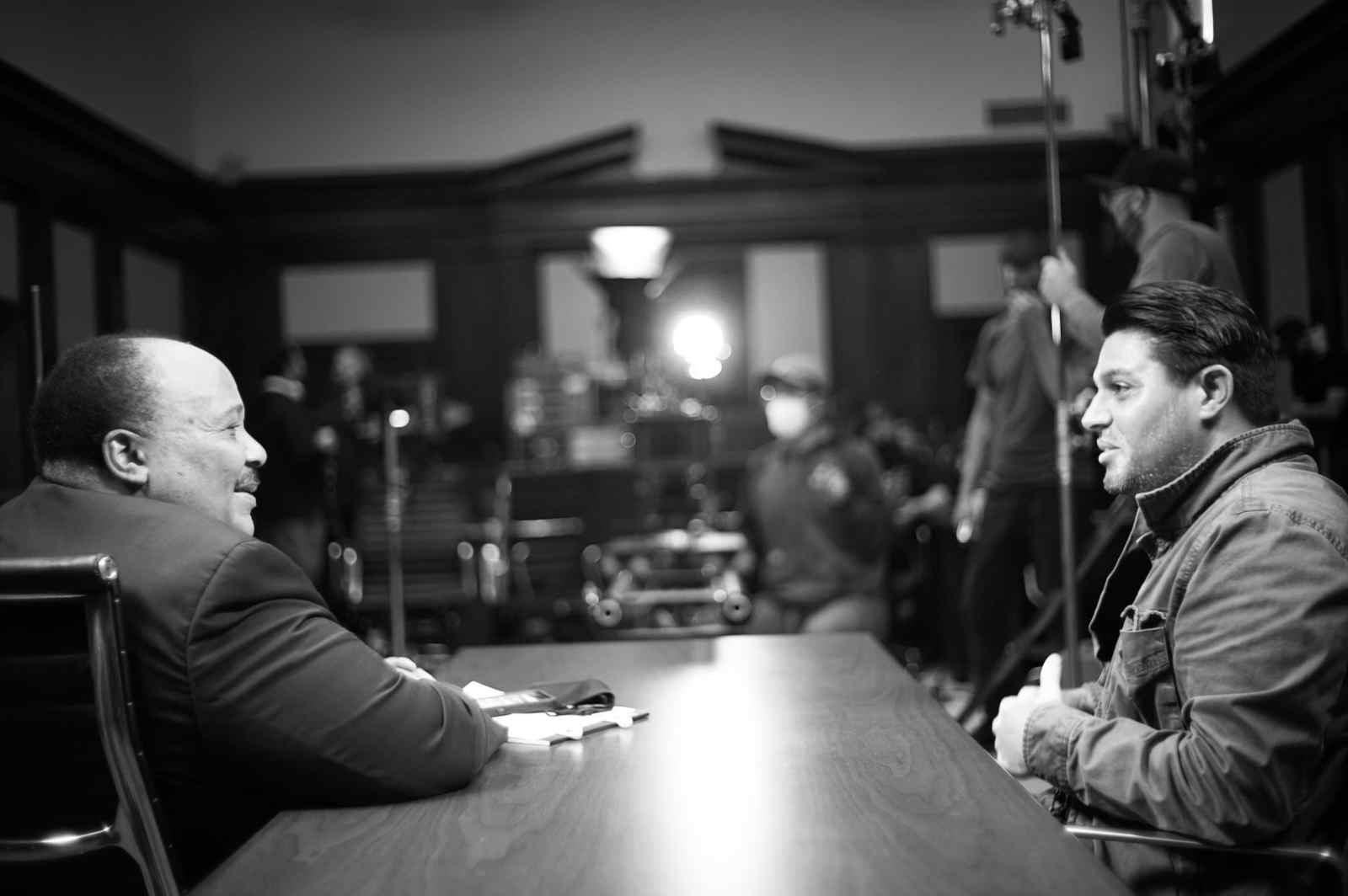 Beahan: Just one? That changes on a monthly basis, but if I were to pick one that has always stuck, I would say Midnight Cowboy (1969). It is an observation on the meaning of loneliness. It is transcendent in so many ways as a film. There is something so simple and meditative about it, and the facial expressions on the main character Joe Buck’s face from the opening scene to the last scene are just haunting to me.

Calabasas Films and Media began as the brainchild of Calabasas, California resident and film/TV producer Kapil Mahendra in 2008. After producing several programs for CNN, The Tennis Channel, Sony Pictures, and more, Mahendra joined forces with Manimal Group CEO and founder Paul Beahan to create a larger pallet of culturally diverse entertainment with focus on streaming content for the 21st century. As of 2020, the pair have produced a slew of food and travel series, international documentary series and beyond.

Tell us about your history as a producer. How did you get started?

Mahendra: I was fortunate to spend time on a film set from a very young age and fell in love with filmmaking instantly. My first PA job was on Oh Brother Where Art Thou.

You produced several programs for CNN and Sony Pictures. How formative were these experiences in terms of honing your skills?

Mahendra: The years I spent making shows for CNN and Sony were the most formative towards honing my skills. I filmed about 65 episodes on location and all went well, but traveling to different cities, a different city every week, crew travel, equipment, etc… was quite a challenge.

What sets Calabasas Films and Media apart from its peers?

Mahendra: Paul and I value our independence and the artist first mentality, while being able to produce at the studio level with the best directors, writers and cinematographers in the industry.

The three projects Calabasas has in the works: Forming, Protect / Serve and a film about Vijay Amritraj, are all wildly different in subject. Was there a specific desire to have a varied roster that could appeal to everyone?

What was it like working on Restaurant Recovery alongside Raising Cane’s founder Todd Graves and numerous celebrities?

Mahendra: I’ve worked with lots of celebrities over the years but working with Todd Graves is one of the best times of my life. Todd is a superhuman and his work ethic is exceptional. He is CEO of Raising Cane’s, with 700 restaurants and 30,000 employees and he would show up on [the Restaurant Recovery] set every day and deliver magic to the camera. Todd and I got to travel across the country together, rescuing family-owned restaurants from going under during COVID. And Todd is a food enthusiast who knows the best places to eat everywhere. 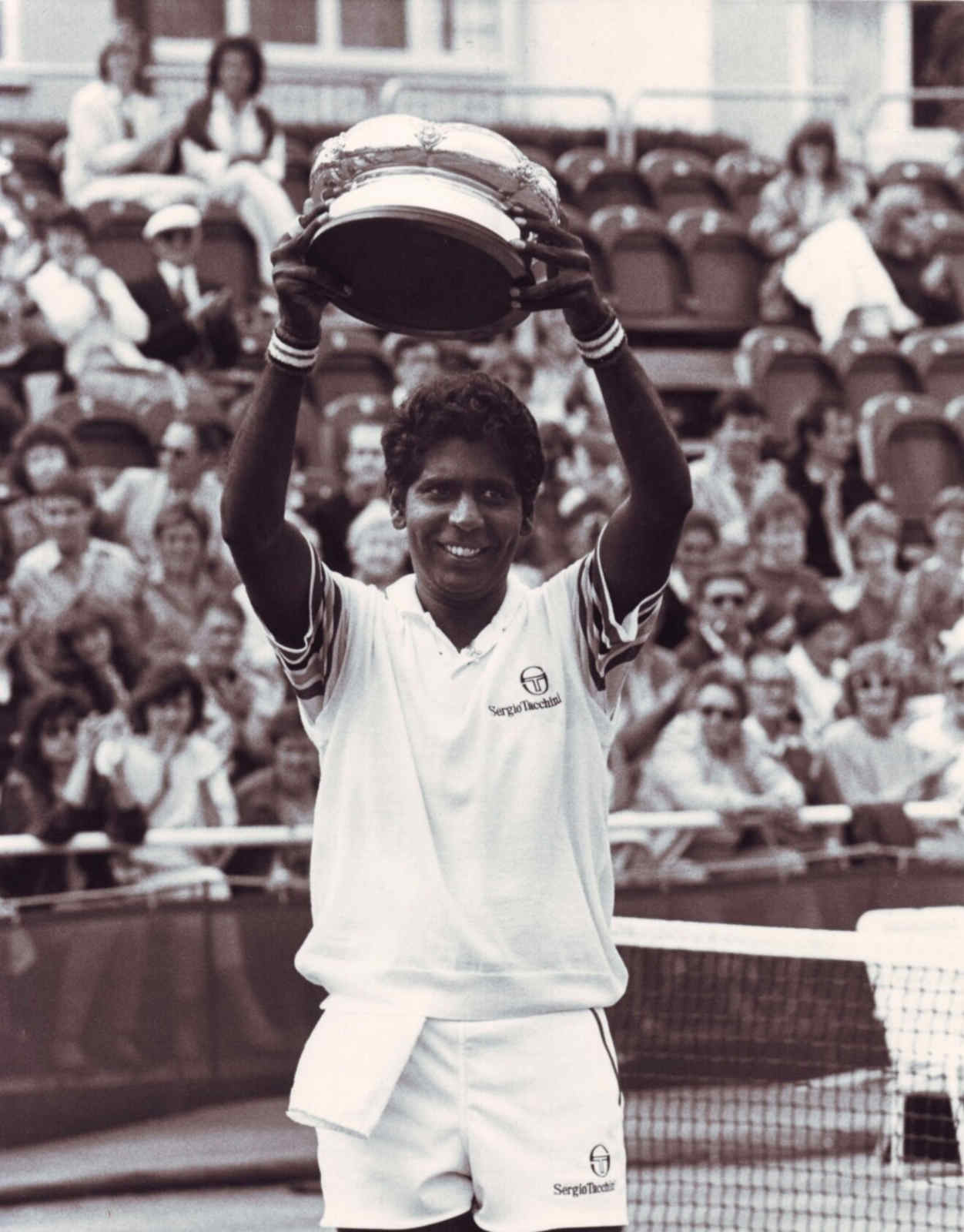 What advice do you have for filmmakers who want to collaborate with Calabasas Films and Media?

Mahendra: Reach out to us. We get bombarded with incoming emails so please be patient if we don’t respond. We’ll try to respond. But we spend a lot of time on set and away from our phones.

Mahendra: I’m a romantic comedy fan so Crazy Stupid Love is at the top of the list. Haha but seriously The Two Popes is one of my favorite films of all time.

Calabasas Films and Media is currently working on the three following projects: