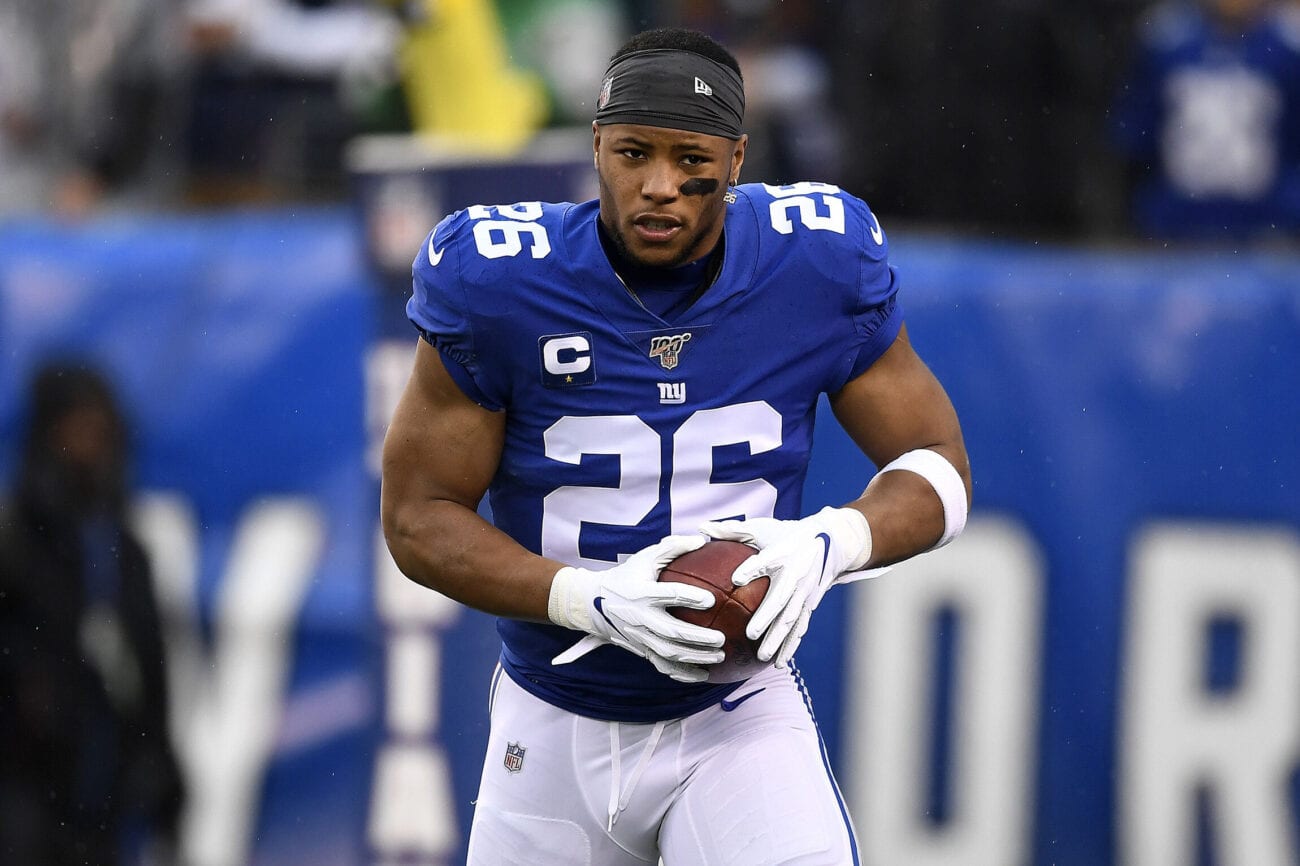 The stats prove it: Saquon Barkley is bad news for the Giants

New York Giants running back Saquon Barkley commented on his performance during Sunday’s game against the Steelers, noting he has “to be better for the team.” When asked how he felt about his lackluster stats, Barkley blew off the question, stating he’s “not really too concerned about the stats.”

But the stats do matter, and Saquon Barkley was a joke of a running back when looking at the stats from the Giants Week 1 game. In the entire game, Barkley rushed only six yards on fifteen attempts, a record low in the NFL. Between Barkley, fellow running back Dion Lewis, and quarterback Daniel Jones, the Giants running yard numbers were in the red during the entire first half of the game.

Sure, this is game one of the 2020 NFL season. The Giants can improve their offensive strategy and make waves in future games. However, just last season Saquon Barkley rushed almost two-hundred yards in one single game. Saquon Barkley’s stats from this past game are a joke in comparison. No matter how the Giants cut the pie, Saquon Barkely is going to be a weak link for the team this season. 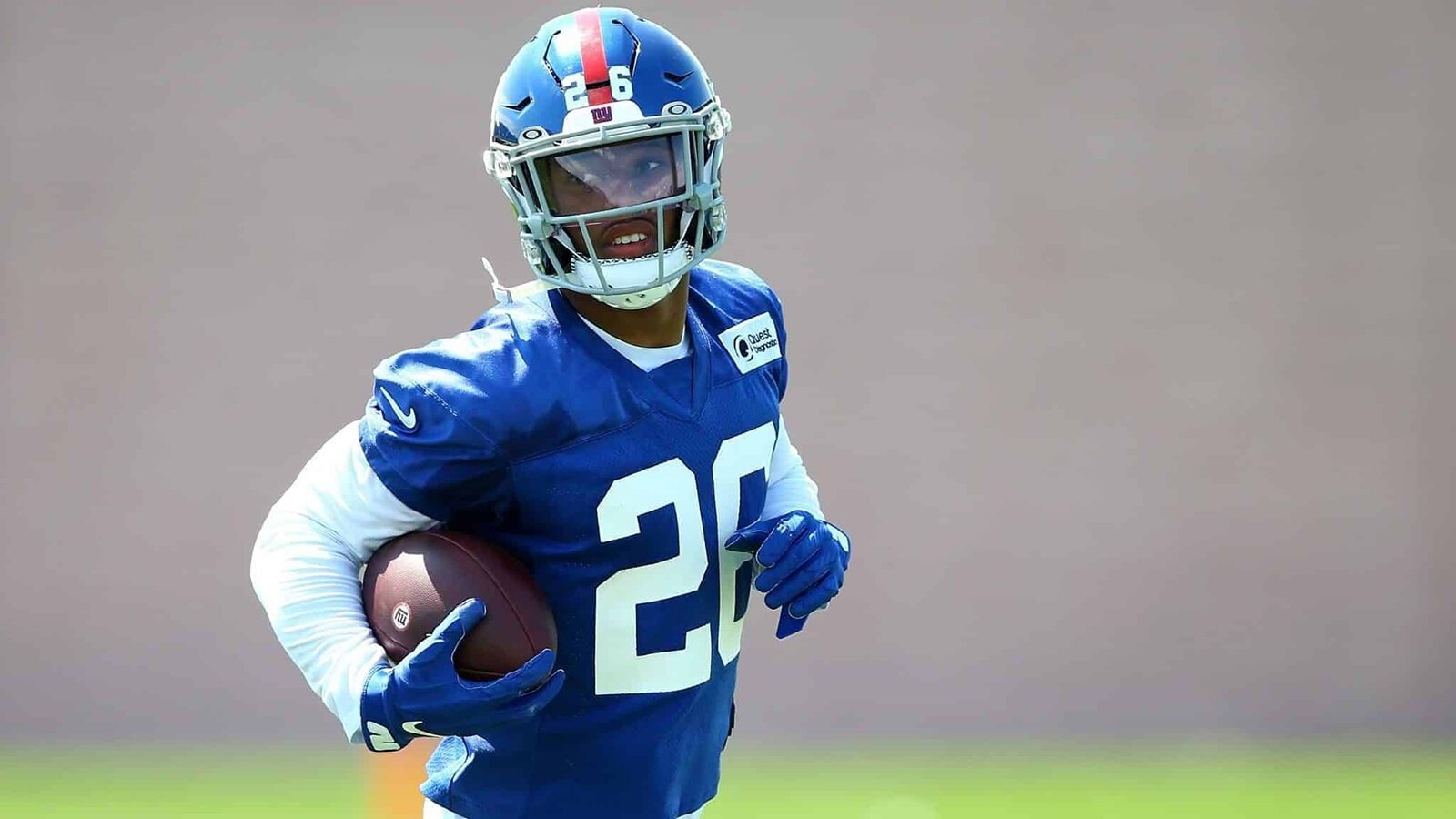 The real question is: how did Saquon Barkley go from arguably being the top rookie in the NFL in 2018 to only rushing six yards in a game? Barkley was the number two draft pick in the NFL in 2017 when the Giants drafted him for a $31.2 million contract.

During his rookie season with the New York Giants, Saquon Barkley set numerous records within the franchise. Records broken by Barkley include most catches in a single game, most touchdowns in their rookie season, and first rookie to surpass a thousand rushing yards.

With numerous fifty-plus yard rushes in the season, Barkley was recognized as the NFC Offensive Player of the Week during Week 11. He was even invited to the 2018 Pro Bowl, helping team NFC win the Skills Showdown. Winning numerous Rookie of the Year titles, Saquon Barkley and his stats had a bright future in the NFL. Plus, if you were betting on Barkley through websites like bettingworx.com, you were rolling in dough after his rookie season. 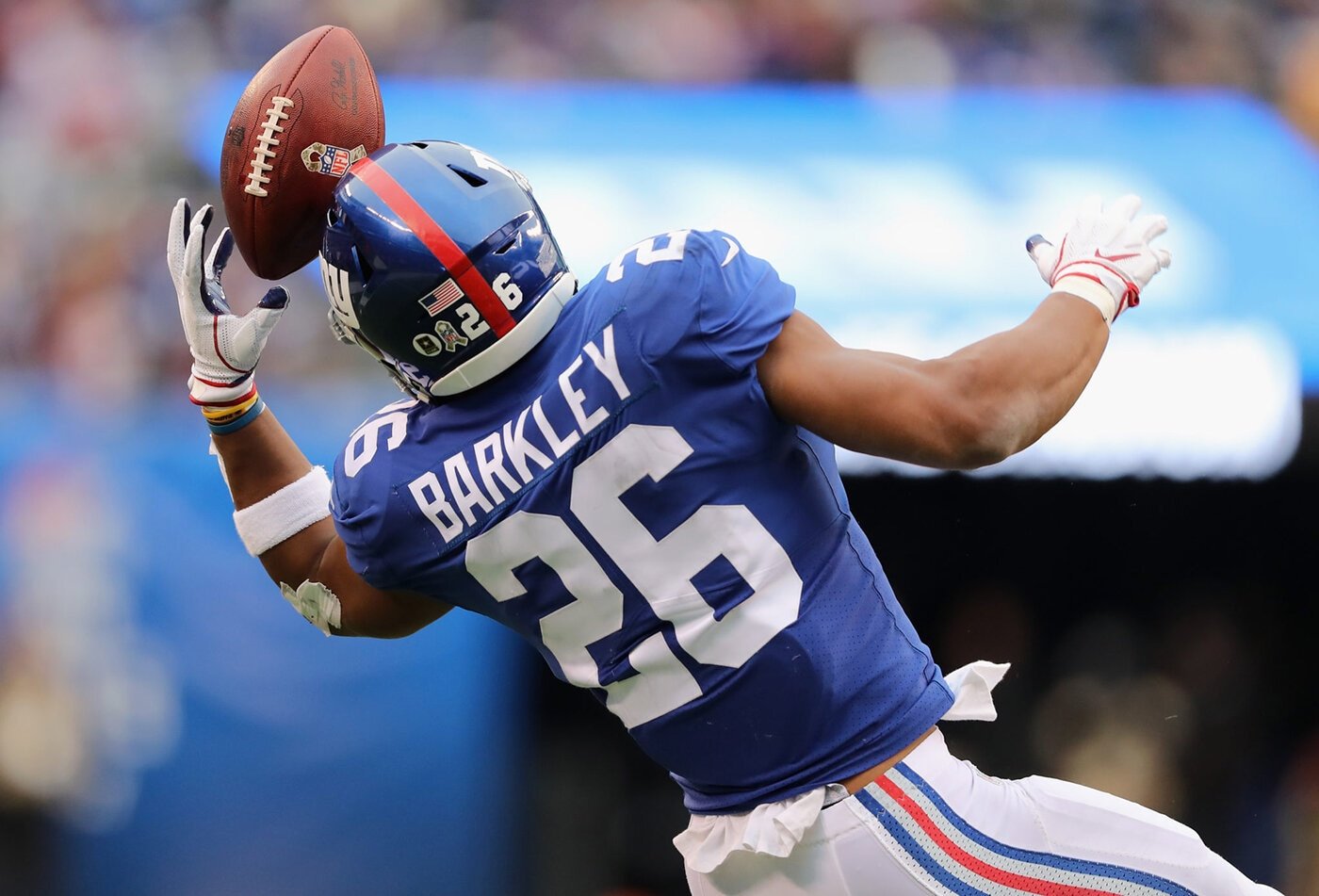 An injury taking Barkley out with little success

When 2019 rolled around, Saquon Barkley was now a team captain on the Giants, and still scoring big rushes for the team. But in the Giants’ Week 3 game against the Tampa Bay Buccaneers, Barkley was out within the first half of the game due to a high ankle sprain.

Announced to be out for four to eight weeks, Saquon Barkley actually returned for the Week 7 game against the Arizona Cardinals. While it was rough at first, Barkley set a personal record in Week 8’s game against the Detroit Lions. During the game, Barkley rushed nineteen times for sixty-four yards, and caught eight passes for seventy-nine yards and a touchdown.

By the end of his sophomore season, Saquon Barkley became the only Giants running back to rush one-thousand yards in their first two seasons. So far, Barkley has been at the top of his game. So what changed between last season & Sunday’s game? 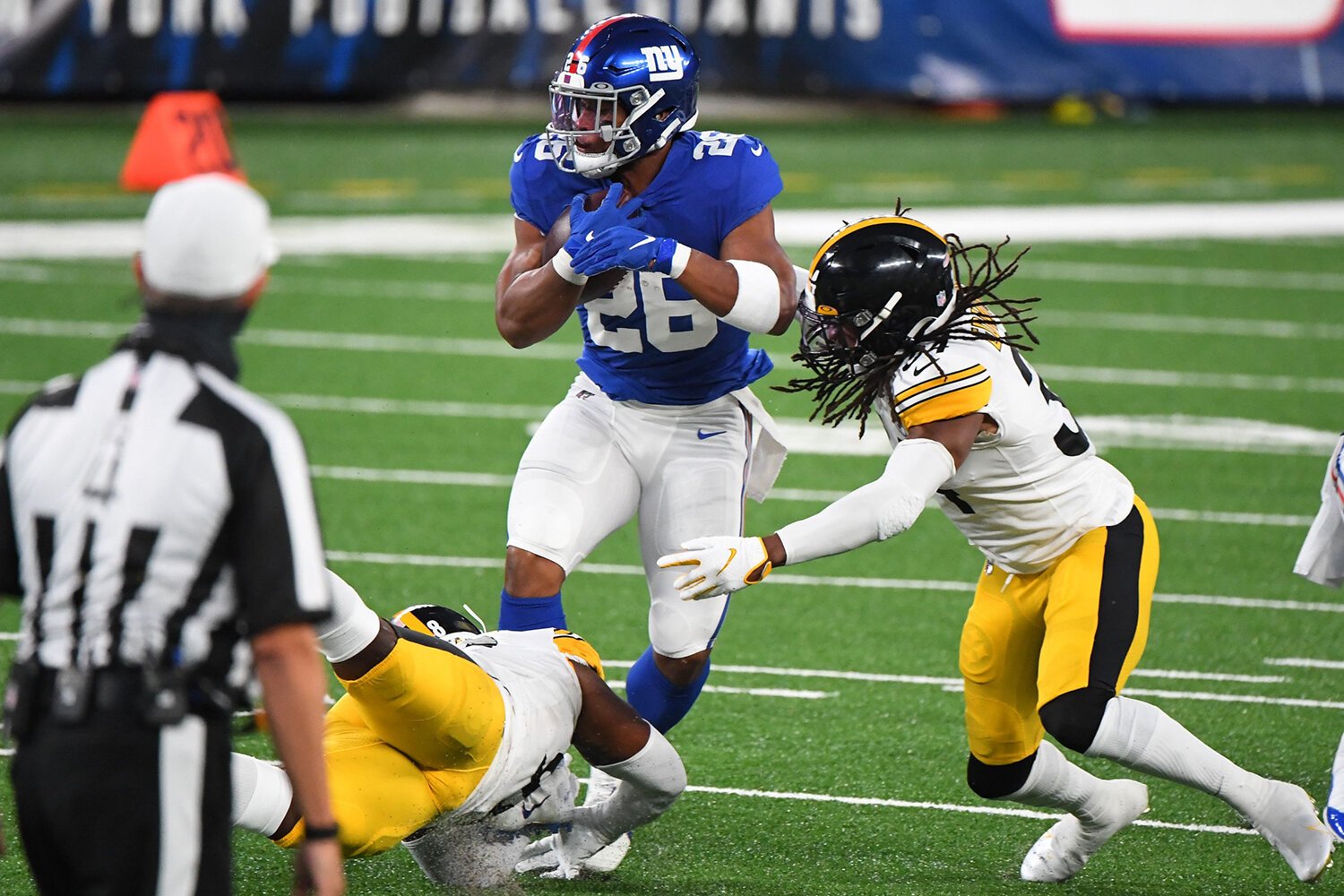 With some new additions to the offensive team, the Giants were trying out new strategies. While Saquon Barkley is great at rushing — as the stats prove —he’s awful at blocking. Even former Giants running back Tiki Barber says Barkley has the skills except when he’s expected to pass protect. Barber talked about Barkley on his CBS Sports Radio show Tiki and Tierney.

“He cannot pass protect. It is starting to become glaring . . . We see him diving on the ground. It’s going to be a liability.” Barber said of Barkley. Tiki Barber isn’t the first one to point out the skills Saquon Barkley is lacking either. Former Running Back for the Jacksonville Jaguars Maurice Jones-Drew also called Barkley’s pass-blocking “horrible.”

What made Saquon Barkley’s flaw even more clear was the addition of fellow running back Dion Lewis. With the new addition to the team, the Giants changed their strategy up and were more focused on the blocking game. But since Barkley is much more focused on running and not blocking, the loss against the Steelers made it clear the Giants offense needed to change their strategy. 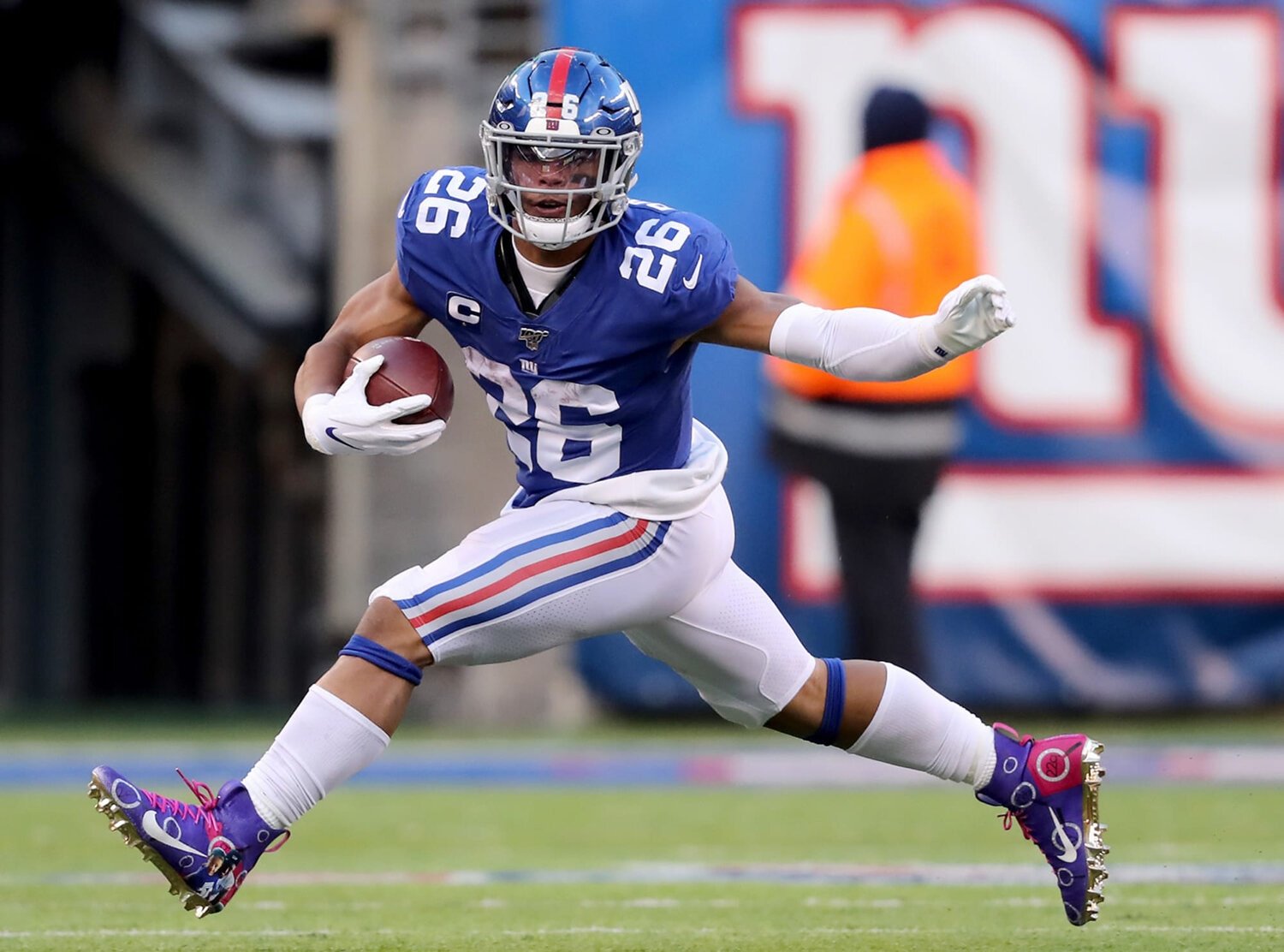 Can the Giants & Barkley improve?

Again, we’re also on game one of the season. Like any team with new additions (looking at you Brady), kinks need to be ironed out. Along with the new players, this is head coach Joe Judge’s first season with the Giants.

After a lackluster first game, there could be a chance we’ll see an improvement from the Giants in Week 2’s game against the Chicago Bears. But the stats from Saquon Barkley aren’t promising. Unless the new strategy is letting Barkley make his huge rushes, Barkley will easily be the weakest link on the Giants offense this season.