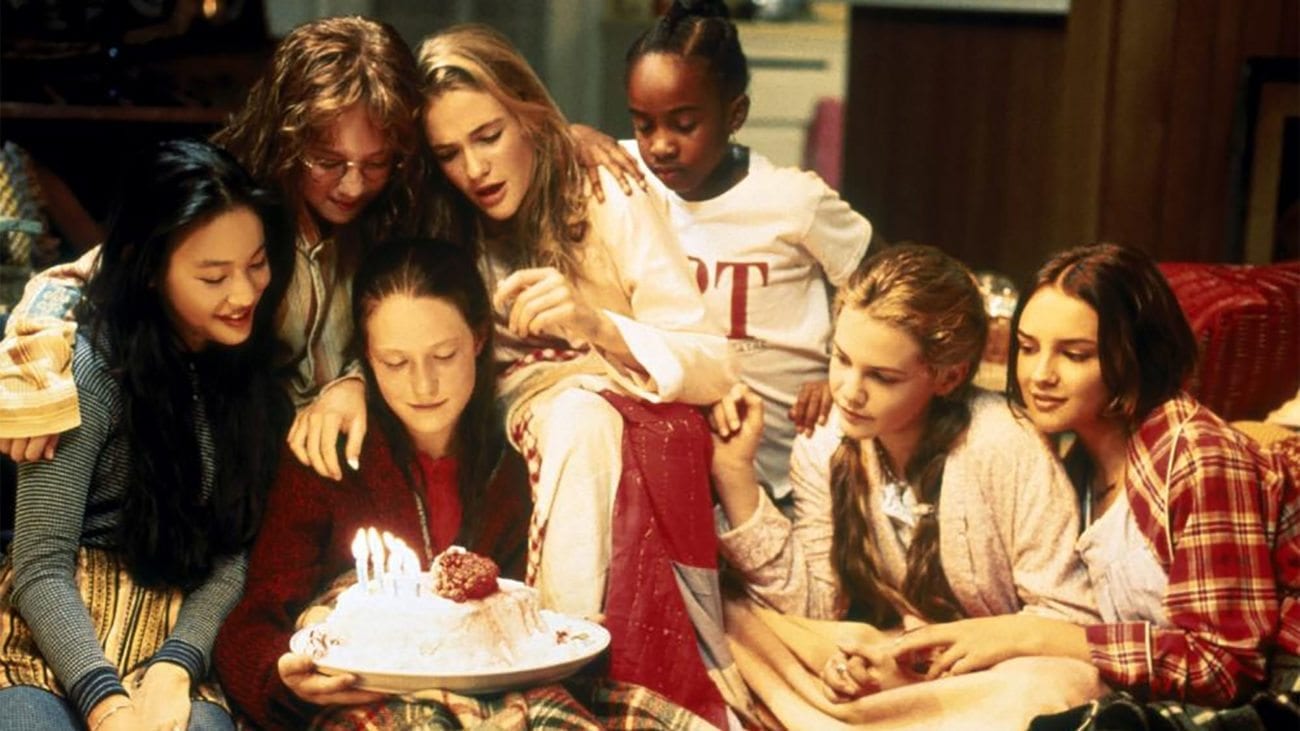 ‘The Baby-Sitters Club’ millennial edition: What the new TV show will legit be like

Great news for everyone who refuses to relinquish the obsessions of their childhood – beloved young adult book series The Baby-Sitters Club is currently being shopped for a TV adaptation. The BSC (as fans know it) is poised as a modernized take of the story, featuring snappy half-hour episodes and hailing from executive producer Michael De Luca (The Social Network) with Lucia Aniello (Broad City) & Rachel Shukert (GLOW) in talks to direct and showrun. Apparently the new take on The BSC will see episodes broaching “timely” topics such as “divorce, racism, and belonging.” Despite it also being described as a family-friendly show, we have some ideas of what this millennial take on the iconic series could entail. Suffice to say that not all of it is particularly family friendly, but they’re definitely timely. What would a millennial Baby-Sitters Club look like? Let’s take a look.

At least one character will barely check in (probably Dawn) and just sporadically respond LOLOLOLOL at random intervals. There’ll be heated discussions about who can take care of Mr Kociensky’s demon twins and why Stacey legit has PTSD since last time when those bastard kids infiltrated her “safe space” and told her Taylor Swift is shit.

The whole series will probs take place over Skype

Like Unfriended but with less murder and more discussions about empowerment and the booming babysitting economy.

Thomas Middleditch (The Final Girls), Zach Woods (The Other Guys), and Kumail Nanjiani (The Big Sick) will guest star and audiences will breathe a sigh of relief that T.J. Miller (Deadpool) had his ass fired long ago so these poor young women don’t have to deal with him.

The Baby-Sitters Club will only accept payment in bitcoin

You’re never too young to discover the joy of sapphic necking, ladies! However, it will likely cause a mass outcry from every Parents Television Association in the country and provoke a tense Tweet from the President stating: “Baby-Sitters Club promoting childhood lesbianism. Made Melania cry. Sad!”

This is why the club will barely meet IRL – too much low-level crime involving pricey brunch favorites.

It’ll definitely involve Kirsty’s sudden dysphoria and a brief arc where she explores who she really is with the help of a Bustle guide to gender identity and a montage where she tries on different clothes and shaves her head. The storyline will last exactly one episode so the network can fulfil their “diversity quota” for the season and will never be spoken of again.

So edgy, so timely, so essential.

It’ll be about two years since the Tide Pod challenge craze actually happened, but America will still learn a lot from the episode about why eating washing detergent is never a wise move.