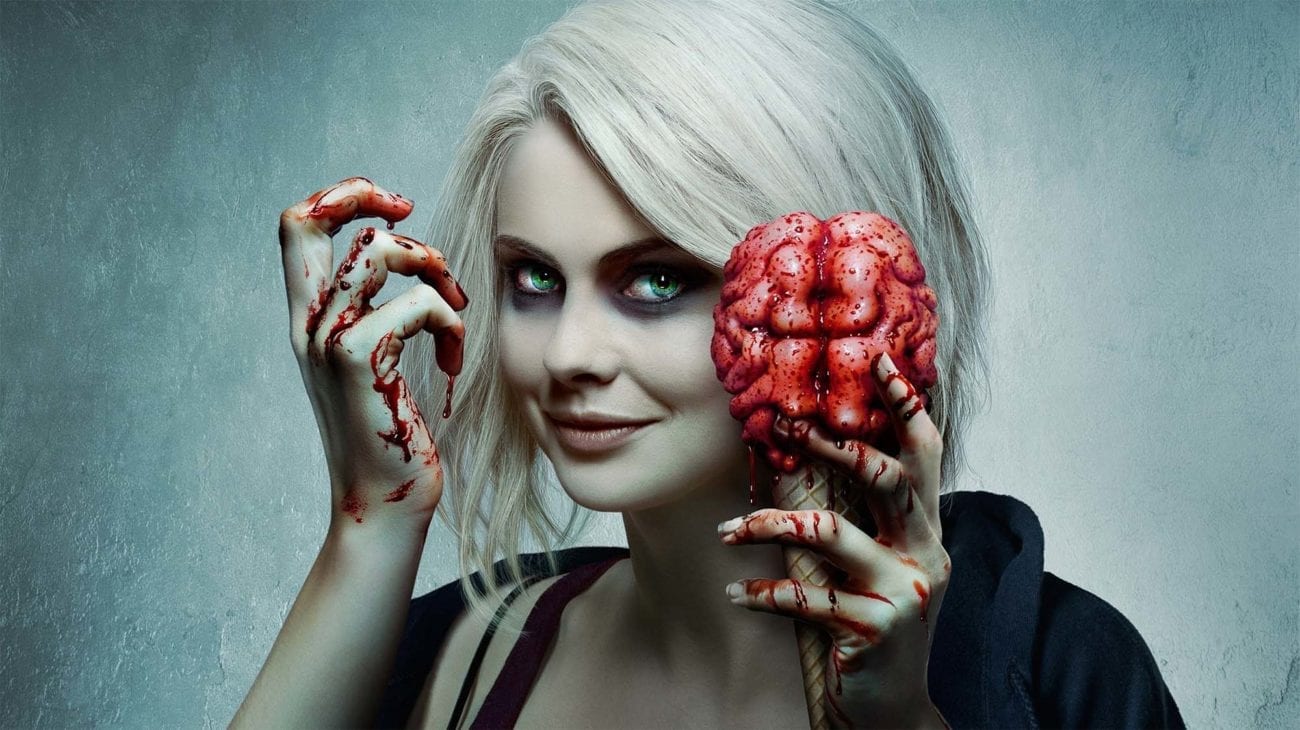 Renew ‘iZombie’: All the ways you can save TV’s brainiest comedy

Something terrible is happening right now, ladies and gentlemen. Well, many terrible things are happening, but today we’re here to talk about the fact that iZombie hasn’t been renewed yet. At this stage in the TV renewals timeline, fans (and all the wonderful people who work on the show) are getting understandably nervous about the future of the charming zombie comedy. According to Deadline, The CW series is “in the middle of the pack” ratings wise and remains in the bubble. For those of you not fluent in TV executive talk, this is basically the dreadful televisual limbo between being renewed and being cancelled. As every fan will tell you, it’s definitely not a place iZombie deserves to be in.

Co-created by Rob Thomas – a man who has made an abundance of spectacular TV shows cancelled far too early (R.I.P. Party Down and Veronica Mars) – iZombie is one of the most joyful TV shows on television. It’s well written, unique, hilarious, packed with pathos, and full of consistently outstanding performances from a cast including Rose McIver (The Lovely Bones), Malcolm Goodwin (American Gangster), Rahul Kohli (Happy Anniversary), and Robert Buckley (666 Park Avenue). We don’t want season four to be its last and hopefully neither do you. Want to help protect TV’s most underrated gem? Here are a few things you can do to help save iZombie:

If you’ve been lurking on Twitter lately, you may have noticed the #RenewiZombie hashtag, posted by fans who strive to save one of the most underrated shows currently on television. It’s not for nothing. In the past, social media campaigns like this have helped to influence the eventual renewals of bubble shows like NBC’s Timeless. More recently, the Netflix Original sitcom One Day at a Time faced an uncertain future and one of the factors that helped it receive a renewal was support from influential critics on social media.

Not all of us boast thousands of followers who dote on our every word, but sharing the renewal hashtag for iZombie while tagging The CW so they know what’s up will certainly help maintain momentum. You could even go one step further and tag your favorite iZombie-loving critics who boast a profusion of loyal followers just to ensure that shit is seen. Recently, Sony Pictures Television studio president Jeff Frost confirmed to IndieWire such tactics can sway a network.

“Social media is a big issue, and I think that was a big factor in One Day at a Time’s [renewal]. When producers started talking to the fans, I think it did mobilize the fans to speak out and say how important the show was. And I think that’s important to Netflix to hear that it’s not just potentially passive viewers, but you have these passionate groups of fans who will mobilize when they hear their show may not be coming back.”

Remind the network of the iconoclastic value of the show

It’s worth noting iZombie is on the same network as Crazy Ex-Girlfriend – a show that doesn’t attract insanely high ratings but does enjoy a passionate fan base (as well as some nice critical acclaim and shiny awards.) During the January 2017 Television Critics Association Press Tour, network president Mark Pedowitz suggested why the show was renewed despite not attracting major numbers. “I know this is going to sound shocking. It has nothing to do with numbers. When you have great critical work on a critically-acclaimed nominated show like Crazy, it deserves to be picked up . . . Critically acclaimed, great programming, sometimes you just leave it on the air.”

iZombie might not be packing Emmy Awards the same way as Crazy Ex-Girlfriend does, but it could definitely be considered a “great critical work” (albeit one based within a genre narrative) also deserving of renewal. Proving the show has a significant fan base could be helpful in pushing the crucial “perception” Pedowitz was talking about in influencing the renewal of Crazy Ex-Girlfriend. Social media mobilization can definitely help with that, but so can reminding The CW of exactly how wonderful the show is. What does iZombie do well and why is it such an essential show? Share some reviews from respected critics, explain how it’s your sunshine (your only sunshine), and highlight everything iZombie is doing that no other show on TV is.

We know – no shit, right? But in this particularly precarious time in which iZombie might not actually see a season five, it’s more important than ever to ensure you’re showing The CW just how hungry you are for the show by tuning in and watching it the second it airs. Not on the app, not on your friend’s TiVo, and most definitely not on some sketchy streaming site which will most definitely infest your computer with spyware and viruses. The best way to show The CW how much you love iZombie is to tune in as it airs so you can present that love in the ratings. Let’s keep this bodacious, brain-eating beauty of a show on the air. We can do it, folks.