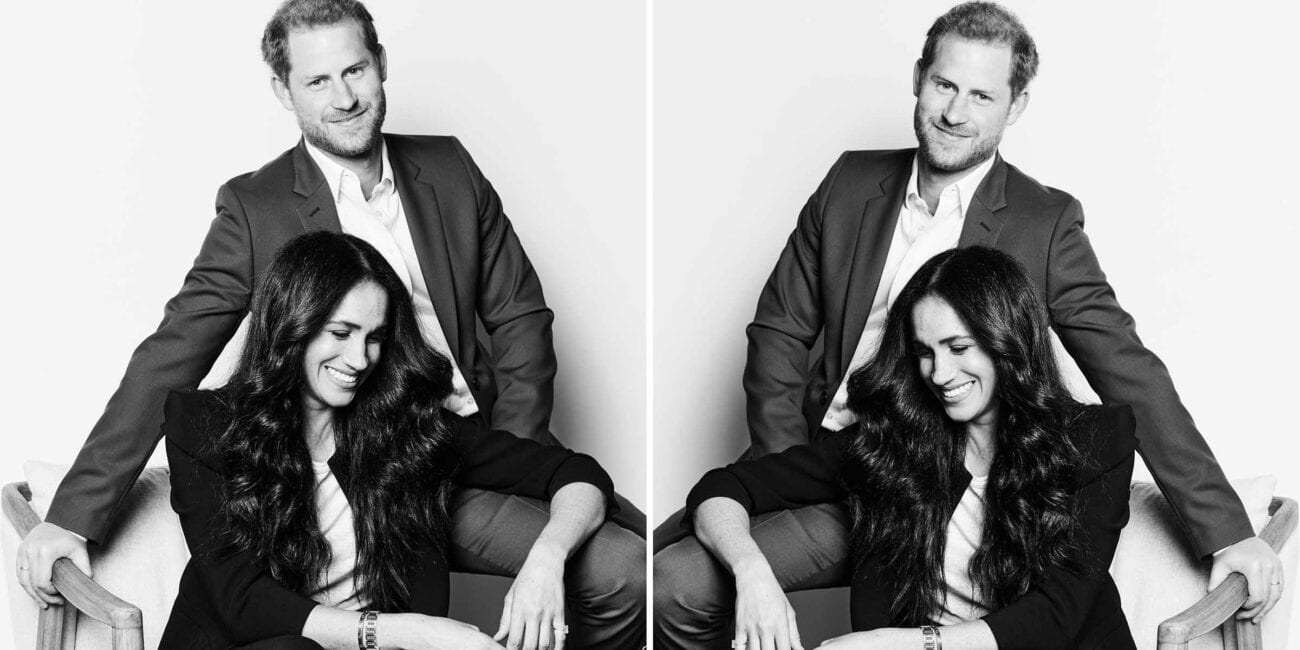 Prince Harry and Meghan Markle have kept themselves busy since stepping down as senior members of the royal family at the beginning of the year. From signing a megawatt deal with Netflix, to participating in the TIME100 Talks, the former Duke and Duchess of Sussex are keeping quite busy.

Just this past week, Prince Harry and Meghan Markle released their first portrait since stepping down from their royal duties. In a callback to their initial engagement photos, the black-and-white portrait features Harry and Meghan as a united front. 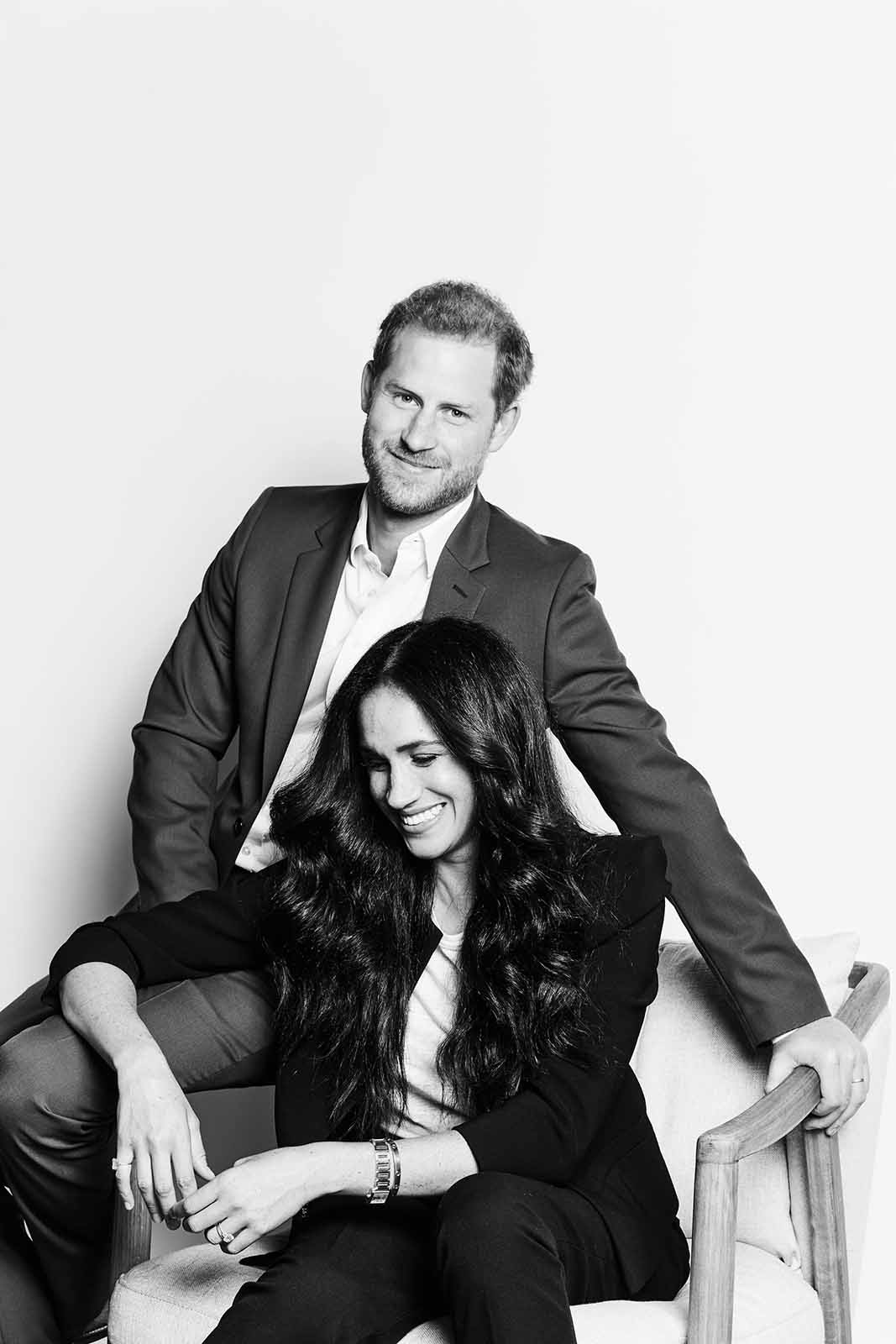 The Sussexes have been through a lot since their 2018 marriage. Facing criticism from the UK public, tabloids, and other royal family members, the couple has dealt with a lot over their two year marriage. Yet in the new portraits, Prince Harry and Meghan Markle are continuing to smile through it all 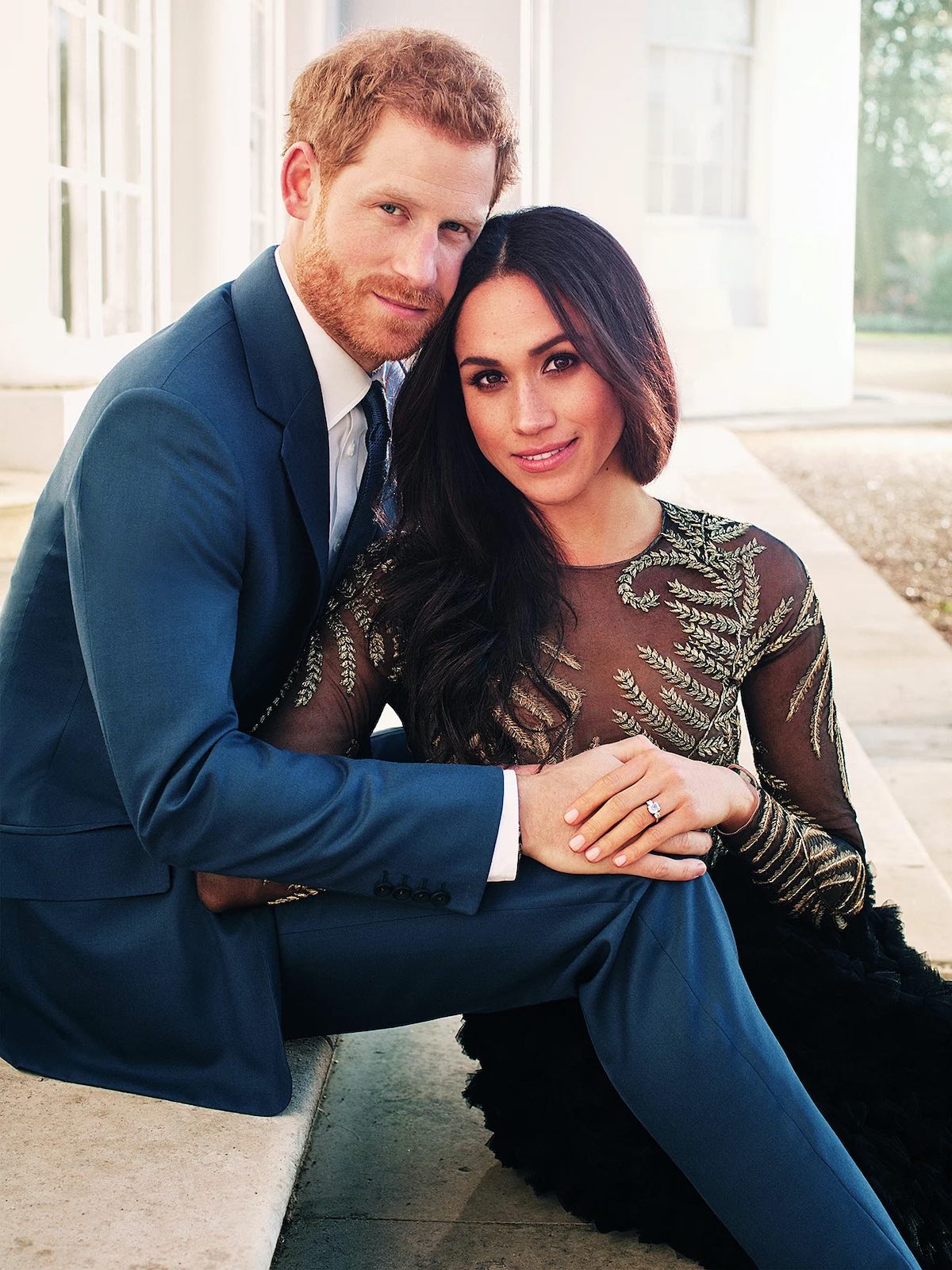 Meanwhile, Harry sits on the edge of the arm above Meghan, acting as the protector of his wife, similar to the engagement photos. Rather than wrapping his arms around her though, his arm grips onto the other arm of the chair. Meghan is seated in the chair as normal, with her arm sitting on Harry’s leg.

Their poses may not be the same, but fans of the royal couple claim the new portrait of Prince Harry and Meghan feels exactly the same as their first portrait together. It’s clear the two are a united couple, even if they’re strong individuals on their own. 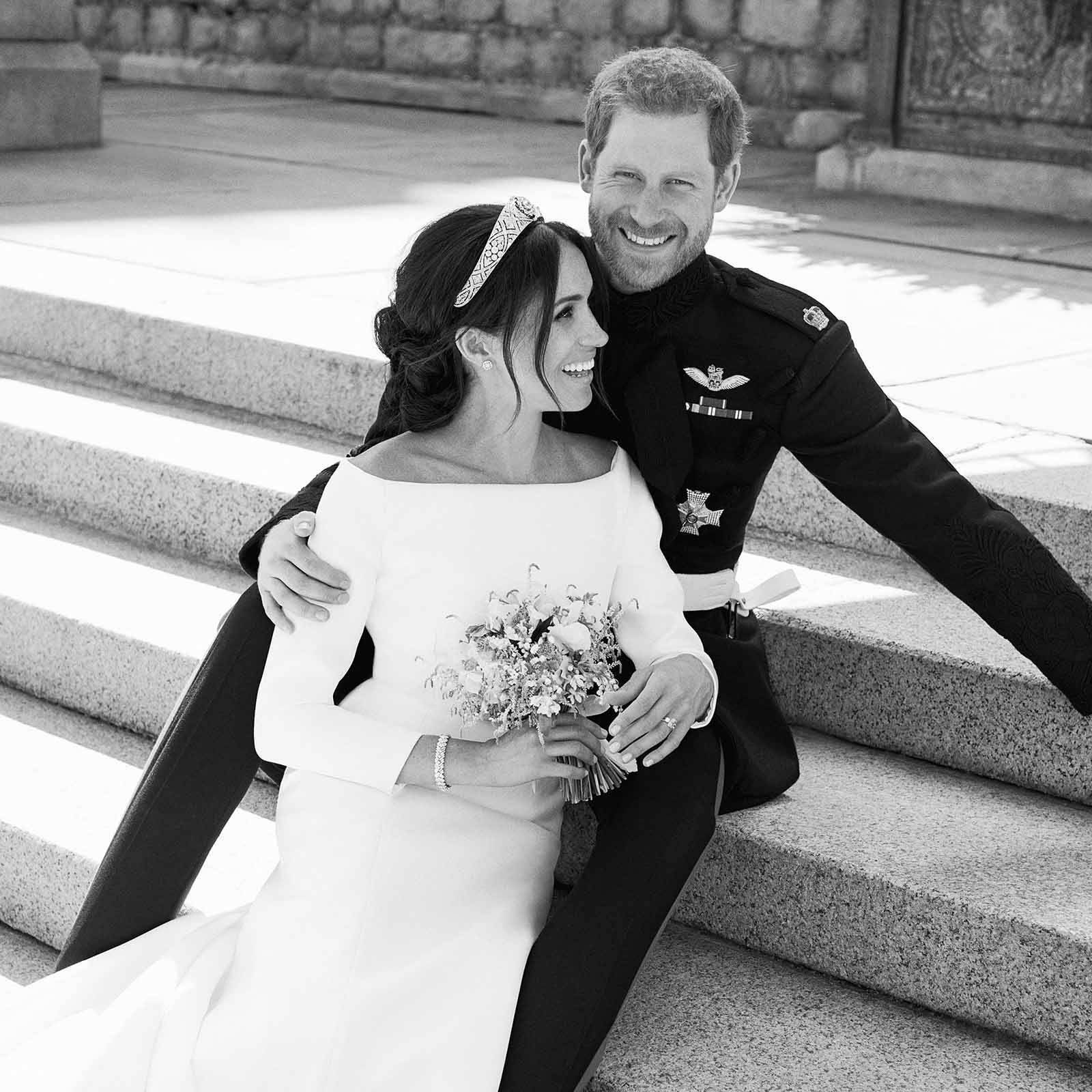 Some are even comparing the newly released portrait to their official wedding photo. Again, Prince Harry sits toward the top of the step, letting Meghan Markle be the center of the photo. But this time, he isn’t holding on to her as much as he is in the engagement photo. It’s much more of a support hold rather than a hug. 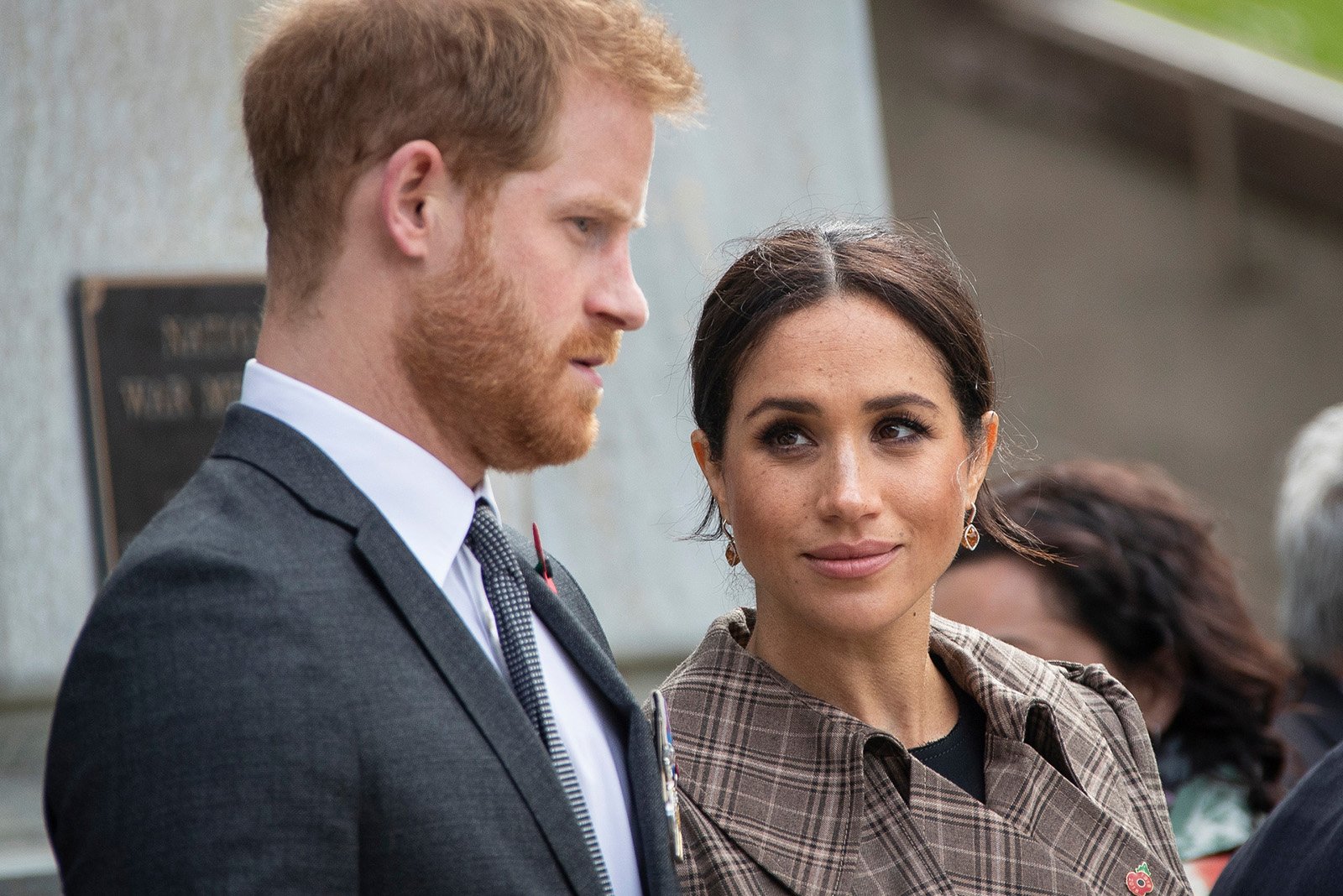 The new portrait of the Sussexes comes just as Prince Harry and Meghan Markle prepare for their special edition of the TIME100 Talks. Set to come out on November 10th, the portrait was released in promotion for the couple’s talk.

Launched in April, the TIME100 Talks are “focused on solutions and visions of a better future through conversations with extraordinary leaders from around the world”, according to Time editor-in-chief Edward Felsenthal. Prince Harry and Meghan Markle’s talk is just the latest edition of the series.

Closely involved in the planning process, Prince Harry and Meghan Markle developed the themes, brainstormed topics, and selected the guest for their edition. While this edition of the TIME100 Talks marks the first collaboration between the Sussexes and Time, Felsenthal hopes this leads to a successful partnership between the two. 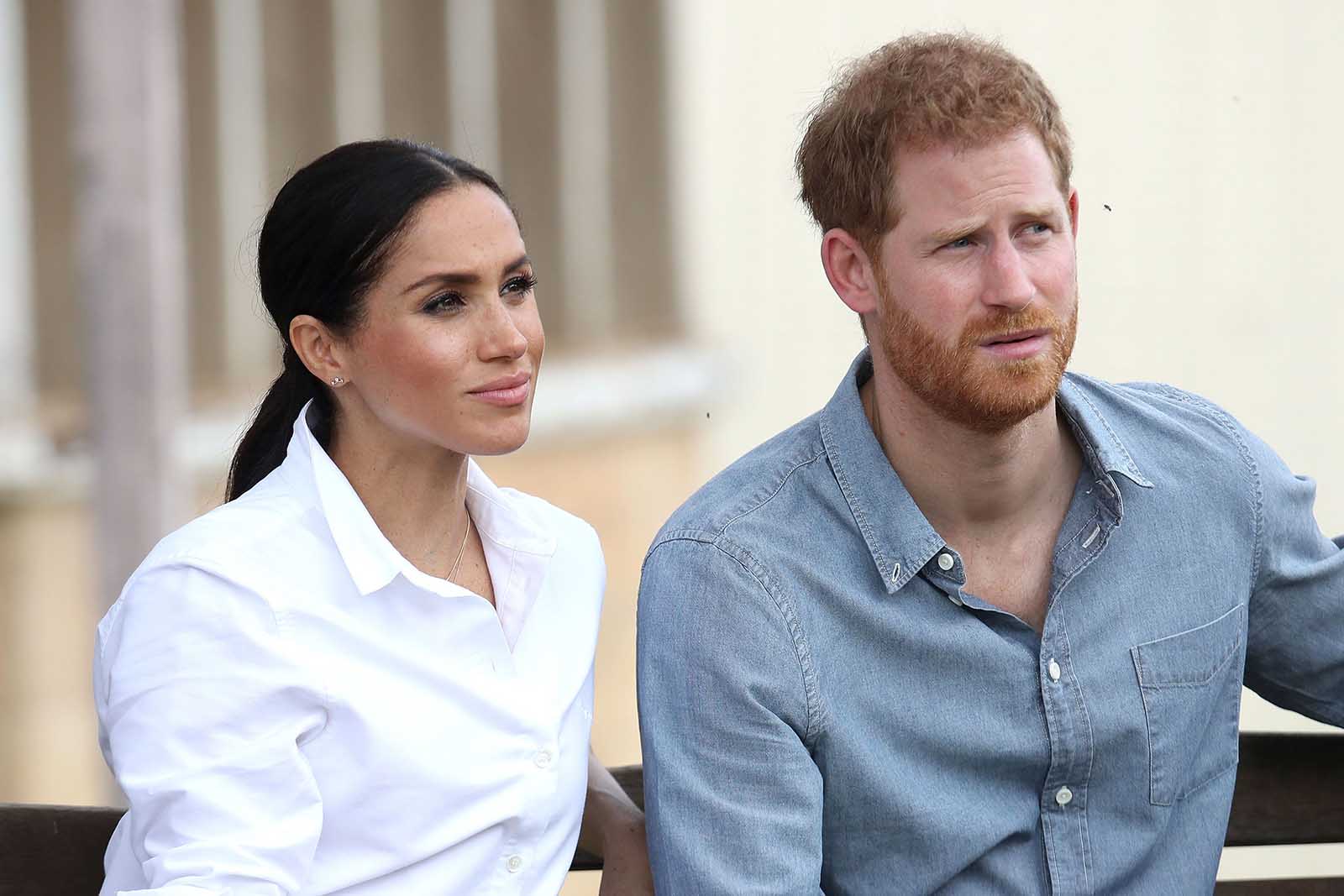 The TIME100 Talks marks the end of a busy year for the Sussexes. After Prince Harry and Meghan Markle stepped down from their royal duties in the beginning of the year, the couple eventually relocated to California, buying a luxurious home in Montecito.

Lastly, you can’t talk about Prince Harry and Meghan Markle without mentioning their massive Netflix deal. The multi-million dollar deal will allow the royal couple to produce a variety of content with the streaming giant, from documentaries to children’s television. Of course, there’s no word yet on when that content would be released to the platform.