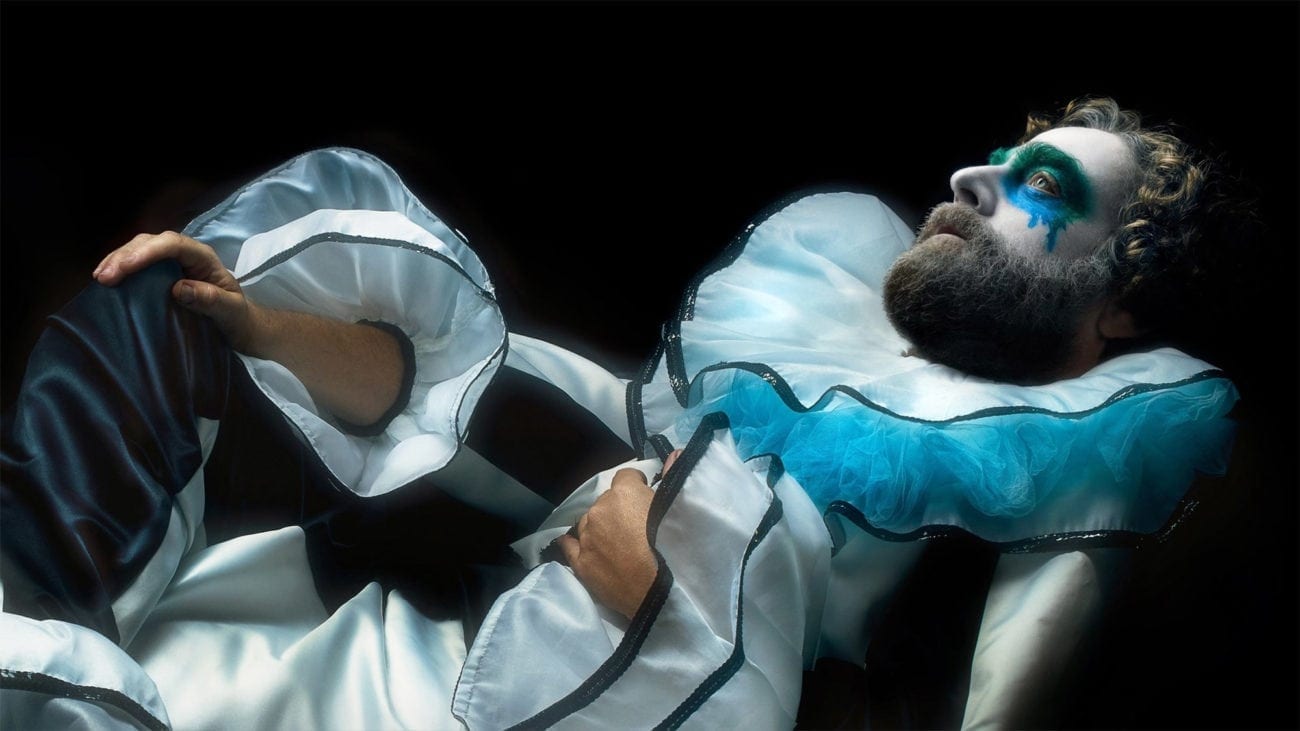 FX ain’t done clowning around – season four of Zach Galifianakis and Louie Anderson’s Baskets dropped, and it rules. The quirky comedy has emerged as one of TV’s most unique and underrated shows, with each season bringing us closer to the Baskets family and their pursuit of life, love, and (clowning) glory in Bakersfield, California.

The story itself centers around a down-and-out clown-turned-rodeo-worker named Chip (Galifianakis) who failed in his dream profession despite training in Paris (in part because he can’t actually speak any French), his diabetic, Costco-loving mother, and his twin brother Dale (also played by Galifianakis) who runs the Bakersfield Career College.

Baskets is not for everyone, projecting a sort of avant-garde weirdness that appeals to lovers of satirical sadcoms like Rick and Morty, You’re the Worst, and BoJack Horseman (which is perhaps why we happen to love it).

Baskets revels in its bleak landscape – as Vulture put it, it’s a “show about artistic disillusionment and professional failure and the paralyzing narcissism that comes from really, really wanting something you really, really cannot seem to get.” To mark the news of a season four renewal, we’re here to list the reasons Baskets does more than just clowning around.

It’s the first ever slapstick drama

Baskets has been compared to shows like Atlanta for its absurd comedy that traverses into the dark and surreal. Instead of catering to an audience looking for laugh-out-loud jokes in every scene, Baskets serves up its humor with a deep undercurrent of pain.

Co-creator Jonathan Krisel (of Portlandia fame) coined the term “slapstick drama” to describe the show’s busted wryness. “The story is built on a drama engine,” explained Krisel, “but yet we have a lot of slapstick in it. Zach is such a great performer, in that he’s great at slapstick, and he’s great at drama. I just thought you’d want to see a showcase of the best of what Zach is.”

The tone of the show combines serious overtones with silly jokes and visual gags, which was a difficult process for the creators. “But we wanted to try something new,” said Galifianakis. “We didn’t want a bunch of fast-talking witty people like you see on TV. I don’t hear people talking like that in real life, and we wanted the show to be grounded.”

Baskets doesn’t try to please everyone

The show’s bizarre, surreal, and sardonic comedy is often described as “divisive”, which is one of the reasons we’re all for it. It’s not for everyone – but for the people it does appeal to, it does so on a far deeper level. What remains constant is its melancholic mood, reinforced by watching Chip and Dale (get it?) fail throughout the show as it fluctuates between high moments of comedy and low, dramatic scenes.

This offbeat sense of tone and style is definitely not for a mainstream audience, but the more viewers stick with it, the more they are rewarded. This is something Galifianakis explained was intentional, and is happy to admit the show is an acquired taste.

Baskets features an unusual brand spotlight for Costco, which is interwoven into the fabric of the show. Costco’s house brand Kirkland is prominently highlighted throughout Christine’s home (more on her in a minute) to add to the authenticity. Krisel described Kirkland as “the most bland brand. You never care about it.”

The brand placement had nothing to do with advertising – no money changed hands. “We went to Kirkland and Costco and we said, ‘Can we just put your products in?’” explained Krisel, to which the company replied, “Yeah, whatever you want to do.”

The idea apparently came from Baskets’s production designer as a way to feature real brands on the show without having to clear them with each company individually. “It’s the authenticity,” Krisel added. “It’s annoying to see fake Coke in a shoot. It just takes you out of it.”

There aren’t enough words to express our love for Anderson as Christine, whose performance is so perfect, you’ll definitely forget you’re watching a towering man in a wig and dress. As such, Baskets contains one of the most sympathetic, compelling portraits of motherhood on TV and it’s centered on a performance by a man. 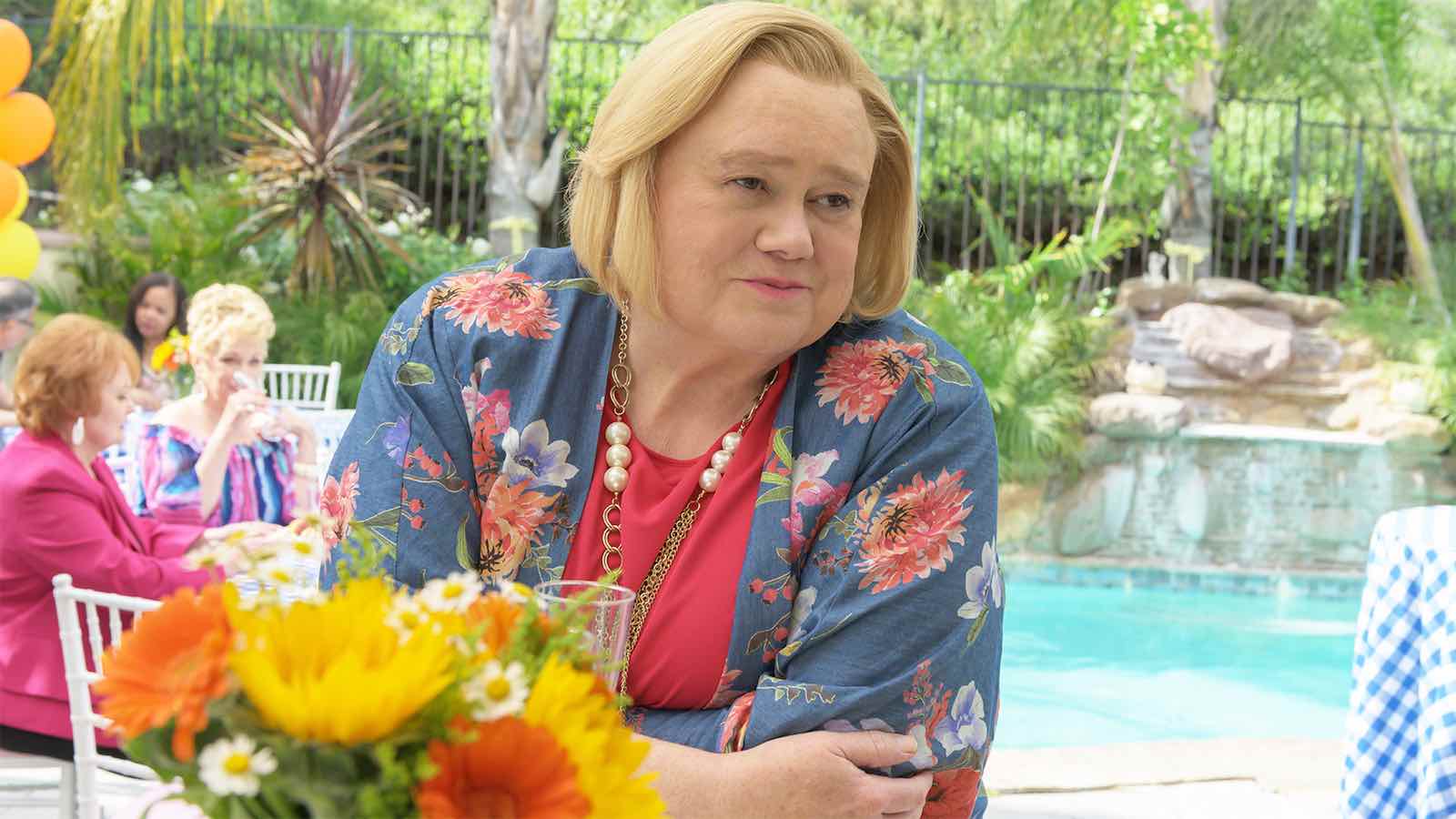 Christine – the owner of the family rodeo and the mom of Chip and Dale – was created by the actor channelling his mother Ora, a South Dakota native who spent most of her life in the Twin Cities area in Minnesota. In an interview with Vox, Anderson mused:

“I think we have tics as humans, so I stole all my mom’s nuance and tics and put them on me to disguise Louie Anderson, to get him out of there.” But best of all, “She had a tremendous amount of justice in her psyche. She knew what was right. She knew what was the right thing and the wrong thing, and she just needed a glance to let you know you weren’t doing it.”

These are traits we see in Christine throughout, as a woman who was designed as a “really relatable mom”. Anderson and Krisel worked together to create this character and what resulted is a performance that is touching, hilarious, extremely authentic, and engrossing to watch.

But it’s not just Christine who contributes to the strong female characters of Baskets; there’s also a place in our hearts for Martha too – Chip’s kind & quiet friend (although Chip wouldn’t put it that way). The character is portrayed by Martha Kelly, who was called upon by Galifianakis out of the blue and asked to play herself. 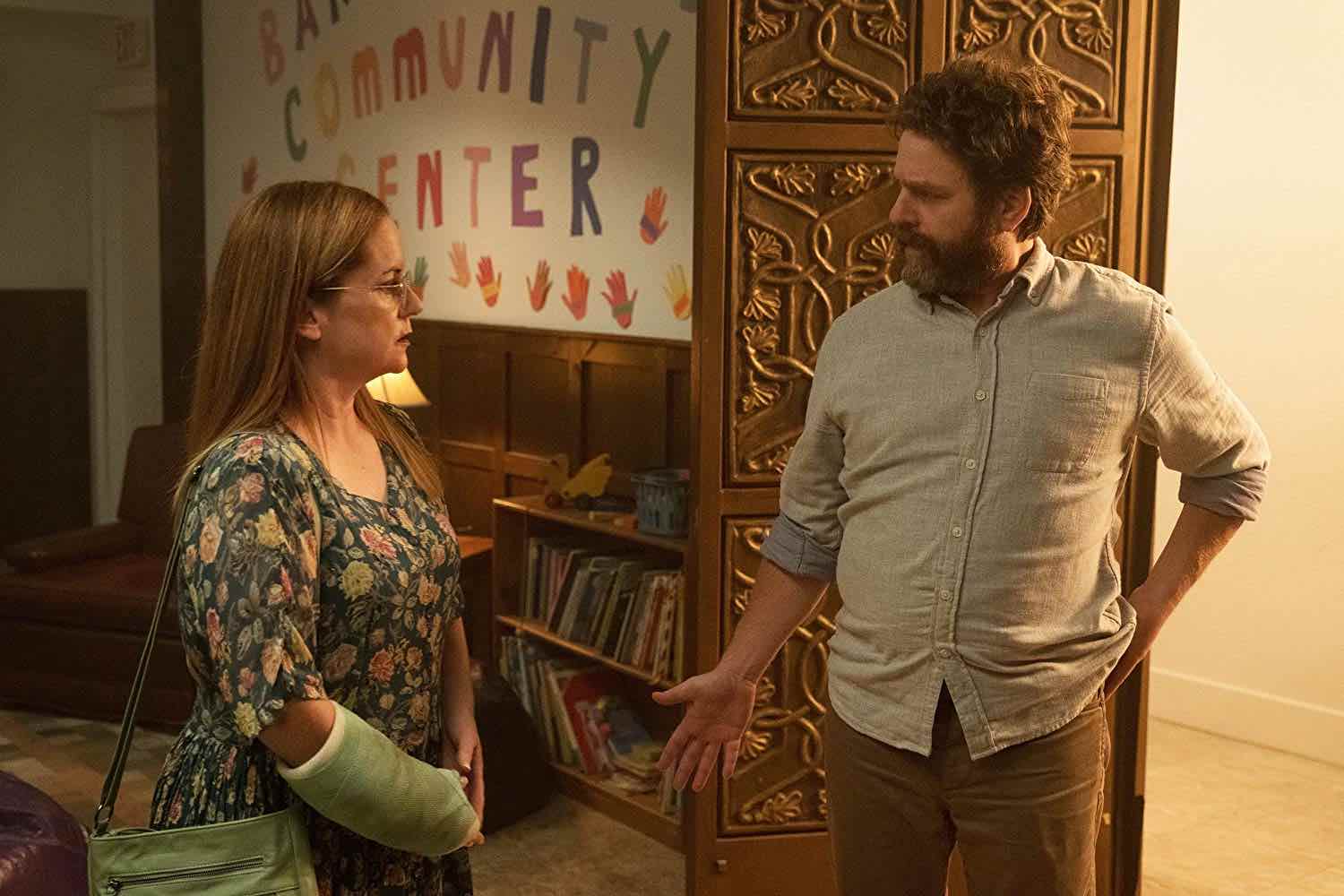 In an interview with Vice, Kelly recalls trying to explain to Galifianakis that she’s not an actor nor does she have any experience. “Zach said, ‘Just say the lines like you would in real life. You can just act like yourself. You don’t have to be a professional actor.’” Galifianakis praised her style on the show, stating she’s straight and deadpan in her delivery.

I like comedy that comes from a brain and doesn’t have to sell itself too much in the delivery, and that’s what Martha is.

Her performance is just another addition to the show’s overall authenticity, offering a charming and strange performance that is funny without employing a whole load of theatrics.

Baskets has evolved a lot over the last three seasons. What started as an existentially satirical experiment has transformed into a heartfelt family drama that is at once funny, poignant, touching, and complex. Season three feels even more sure-footed than the previous instalments, delving deeper into the Baskets family and seeing Christine opening their rodeo business, which she purchased to be run by Chip & Dale.

The show remains true to form, with the darkness lurking beneath the light. But we see the characters progress; with Christine, it’s through her newfound business. As IndieWire outlined, “The past still exists, but the rodeo is how Christine is finding ways to deal with it.” 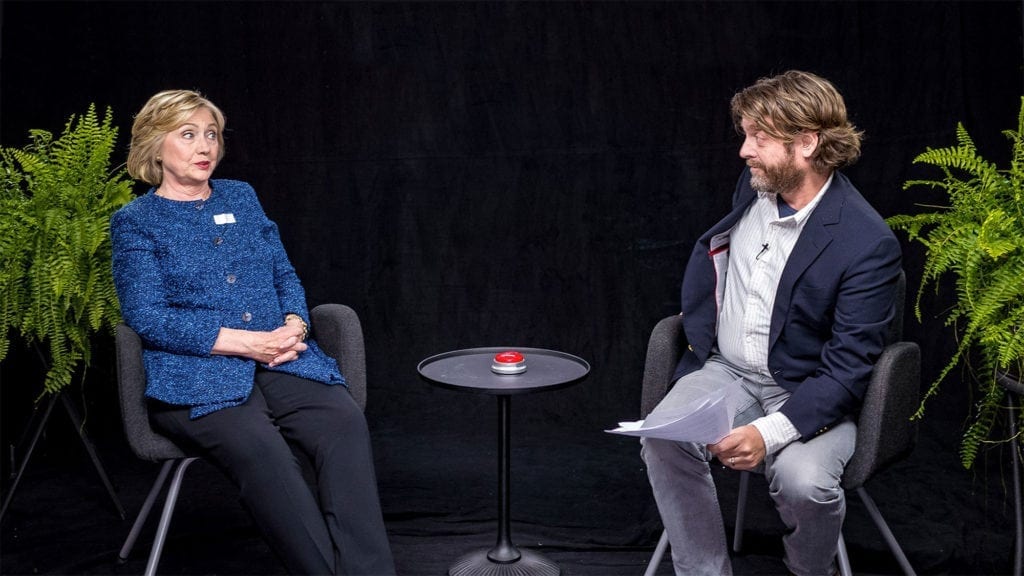 The twins have moved on too – Chip’s skills are appreciated by his mom for the first time, while Dale is no longer able to hide behind an appearance of success. We also learn more about Martha’s life, as her and Chip embark on a road trip in episode two. And the season also builds on Christine’s budding romance with Ken (Alex Morris), the carpet salesman who we met in season two.

The rodeo stands as a new avenue for the Baskets family and the surrounding characters to go down, providing plot points but also standing as an opportunity to show how each of the characters have progressed and developed as individuals and as a unit.

Overall, it’s another season in which the laughs are there, but what prevails are the characters, the relationships, the tone, and the existential commentary. The show might not be for everyone. But like all great comedy it’s daring to do something new, and it’s for this reason Baskets is one of the greatest and most underrated shows on TV right now.