The beginning of a new era for Warner Bros. is about to start.

Wonder Woman 1984 is the studio’s highly anticipated (and long-dreaded for some) opening move in its shakeup of the distribution system. The sequel to 2017’s wildly successful Wonder Woman will be the first WB tentpole to be released in movie theaters & streaming services at the same time, foregoing the traditional exhibition window most major studio films adhere to.

Like most 2020 blockbusters, Wonder Woman 1984’s release date has experienced several delays – perhaps more than most. The constant rescheduling & early reviews online might have confused you about when it’ll actually be available to general audiences. Let’s clear that up! 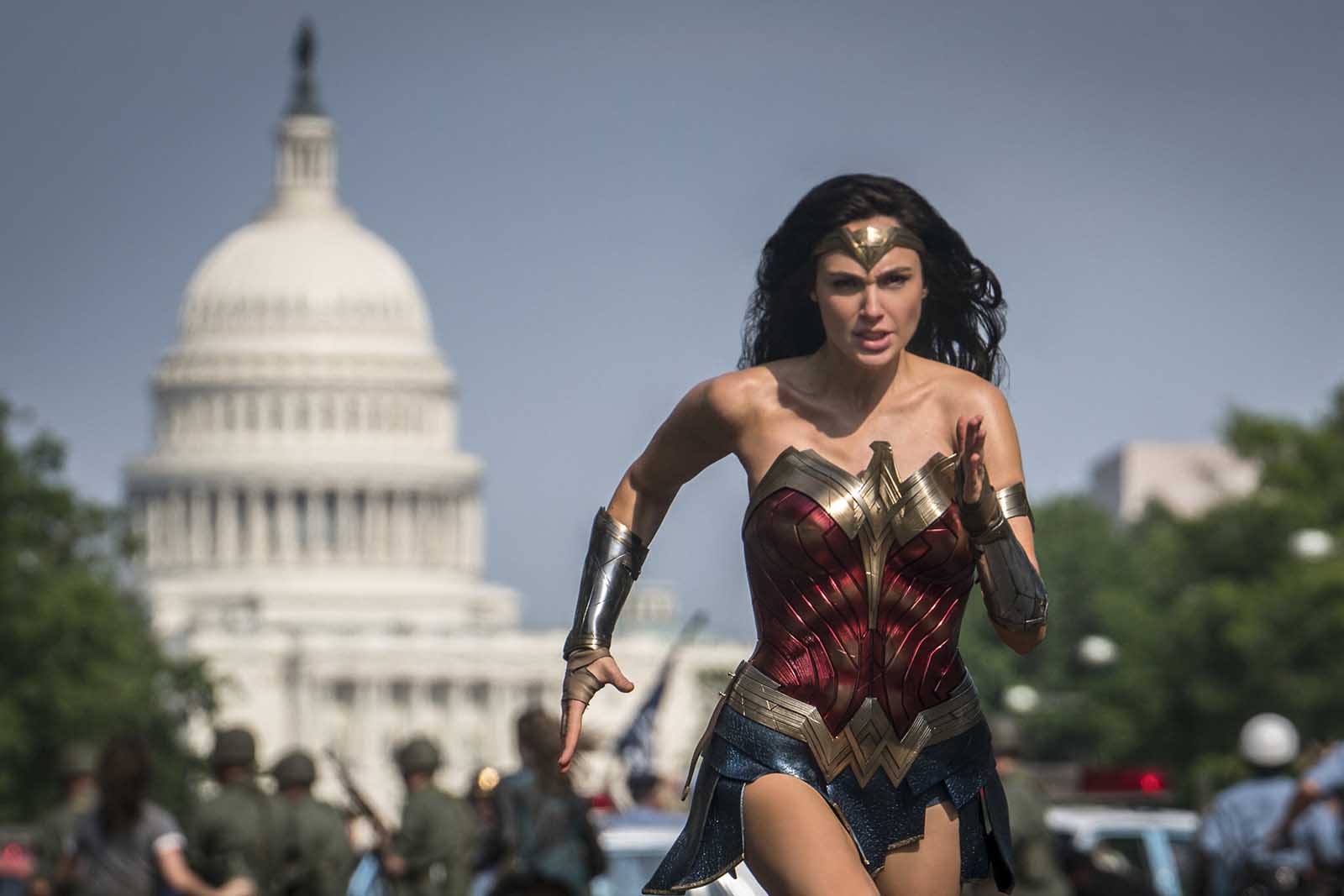 Wonder Woman 1984’s very first release date was set for November 2019. These days, it’s hard to remember a movie delaying its premiere due to anything that wasn’t the coronavirus pandemic, but such delays weren’t too uncommon back in the day. Warner Bros. announced Wonder Woman 1984’s first opening delay in October 2019 (feels like a lifetime ago!), rescheduling it to June 2020.

Wonder Woman 1984’s producer Charles Roven provided some context for the delay in a 2019 interview with Collider, claiming the filmmaking team had always wanted to release in June 2020 to coincide with the original Wonder Woman release date of June 2017. WB scheduled the sequel for November 2019 because the studio felt they needed a tentpole release for the end of the year but eventually they changed their mind.

“We were doing (November 2019) because the studio said they really needed it, and then at a certain point they came to us and they said, ‘You know what, you guys are right. Let’s go back to the month that you guys released Wonder Woman in, and take the extra time”, explained Roven. Given how rushed pre-production & post-production had been for Wonder Woman 1984, the team felt positively about the delay. 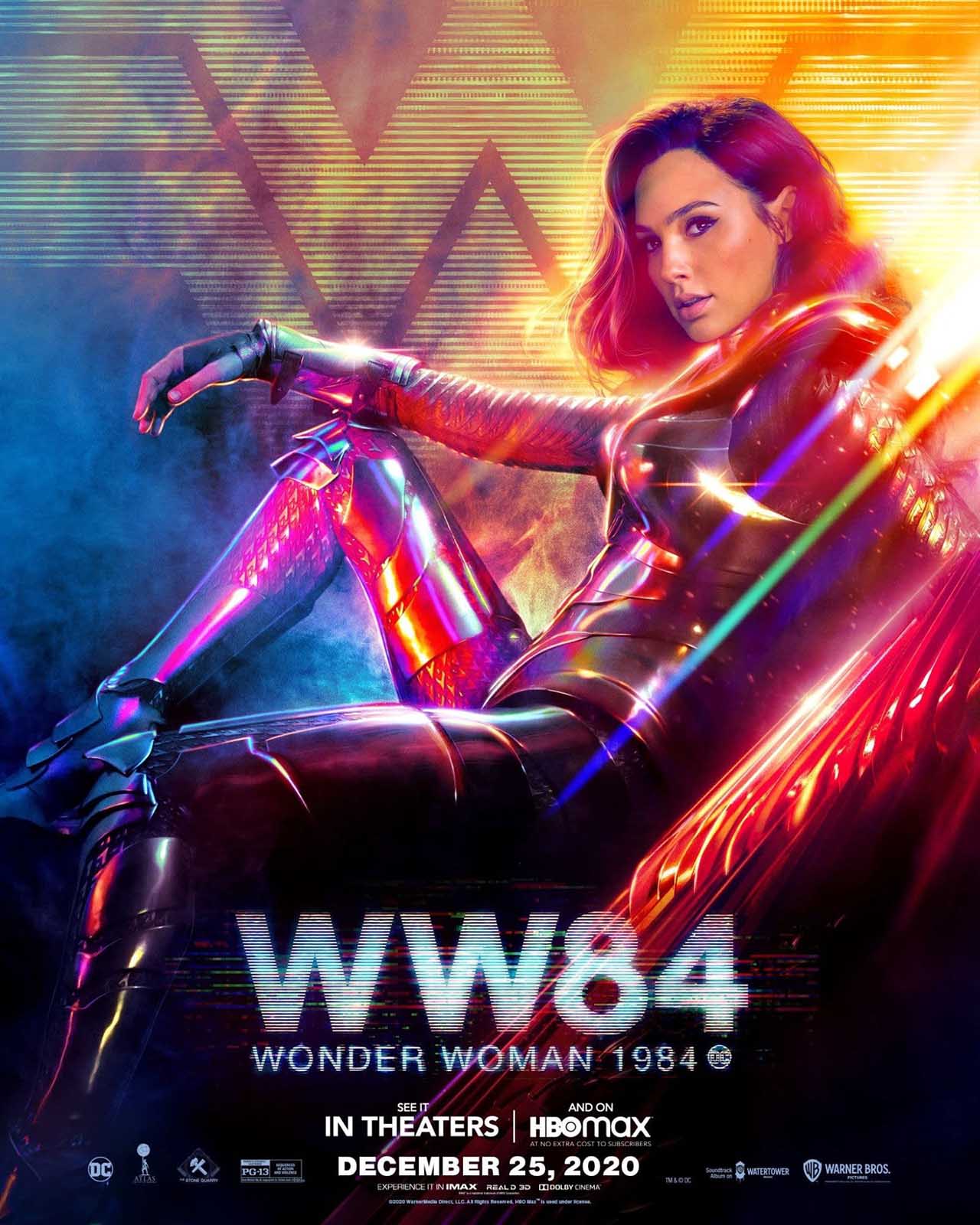 Once 2020 was hit with the COVID-19 pandemic and movie theaters around the world started closing down for an indefinite amount of time, Wonder Woman 1984’s release date experienced so many changes, you wouldn’t be blamed for thinking it was produced by CD Projekt Red (that’s a Cyberpunk 2077 joke, guys).

The first Wonder Woman 1984 delay of 2020 pushed the movie’s release date to August 14th, 2020, taking the place of Malignant. However, in June 2020, Warner Bros. announced another delay and pushed the Wonder Woman sequel to October 2nd, 2020. The final rescheduling (marking the fifth release date for those of you counting at home) was an all-in gamble to release on Christmas Day 2020.

Warner Bros. then added the “we’ll also be releasing it on HBO Max at the same time” plot twist to keep things interesting. 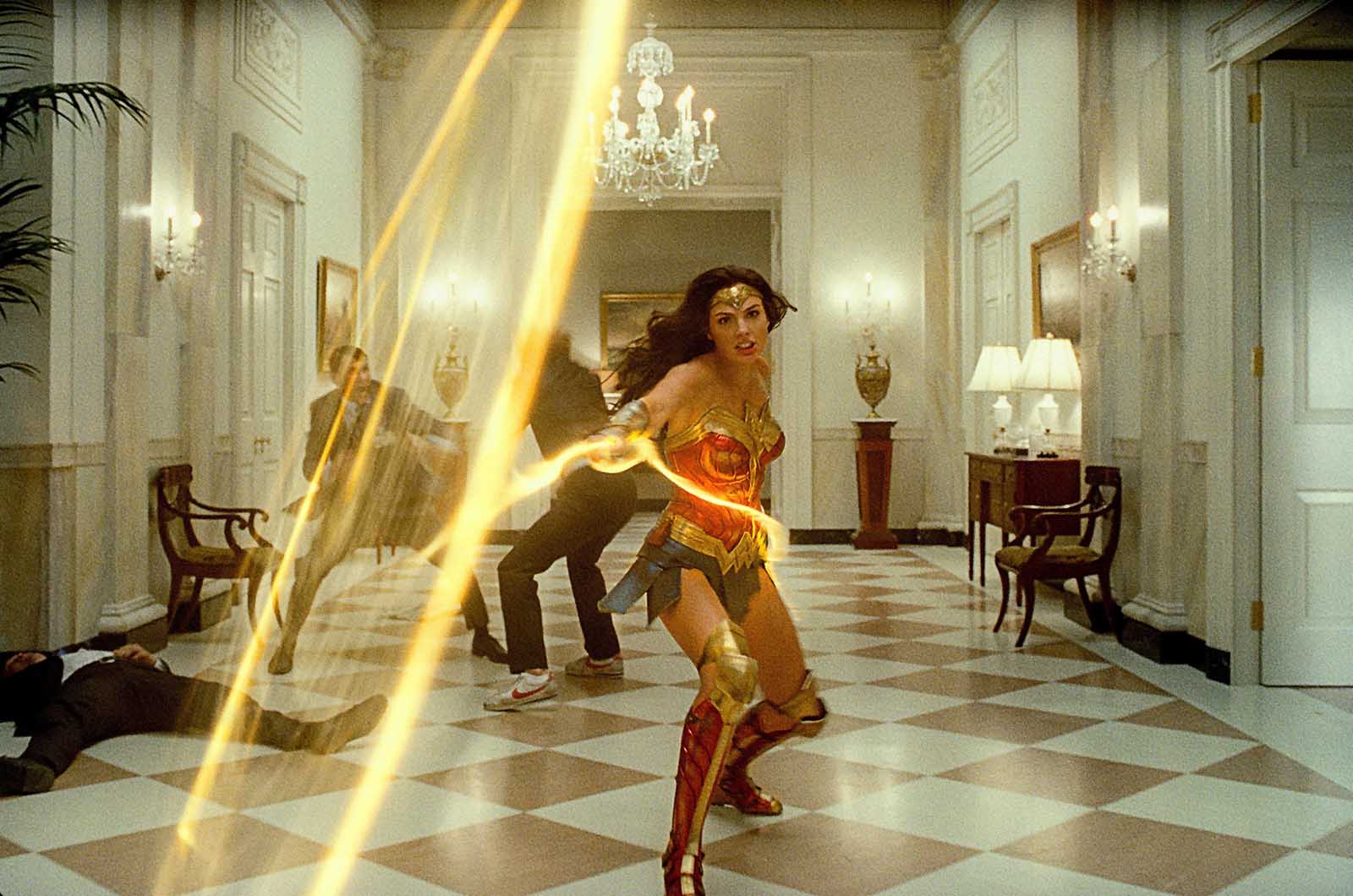 The official too-late-to-change-it-now release date for Wonder Woman 1984 is December 25th, 2020. If you look at showtime listings for movie theaters around your area (the ones that have remained open, that is), they should have several screens playing the movie. Not a whole lot of competition going on.

Don’t feel like breaking your quarantine to go to a movie theater? That’s what HBO Max is for! Wonder Woman 1984 will start streaming exclusively on HBO Max starting at 9am PT / 12pm ET on December 25th, 2020. The movie will remain available in the streaming service for thirty-one days at no extra cost. After that, you’ll have to either watch it in theaters or wait for its home media release date of March 23rd, 2021.

You might have noticed some of your international friends are already talking about Wonder Woman 1984 as if they’ve already seen it. That’s because the movie was released on December 16th in some international markets that don’t have access to HBO Max, such as Greece, South Africa and the United Kingdom. 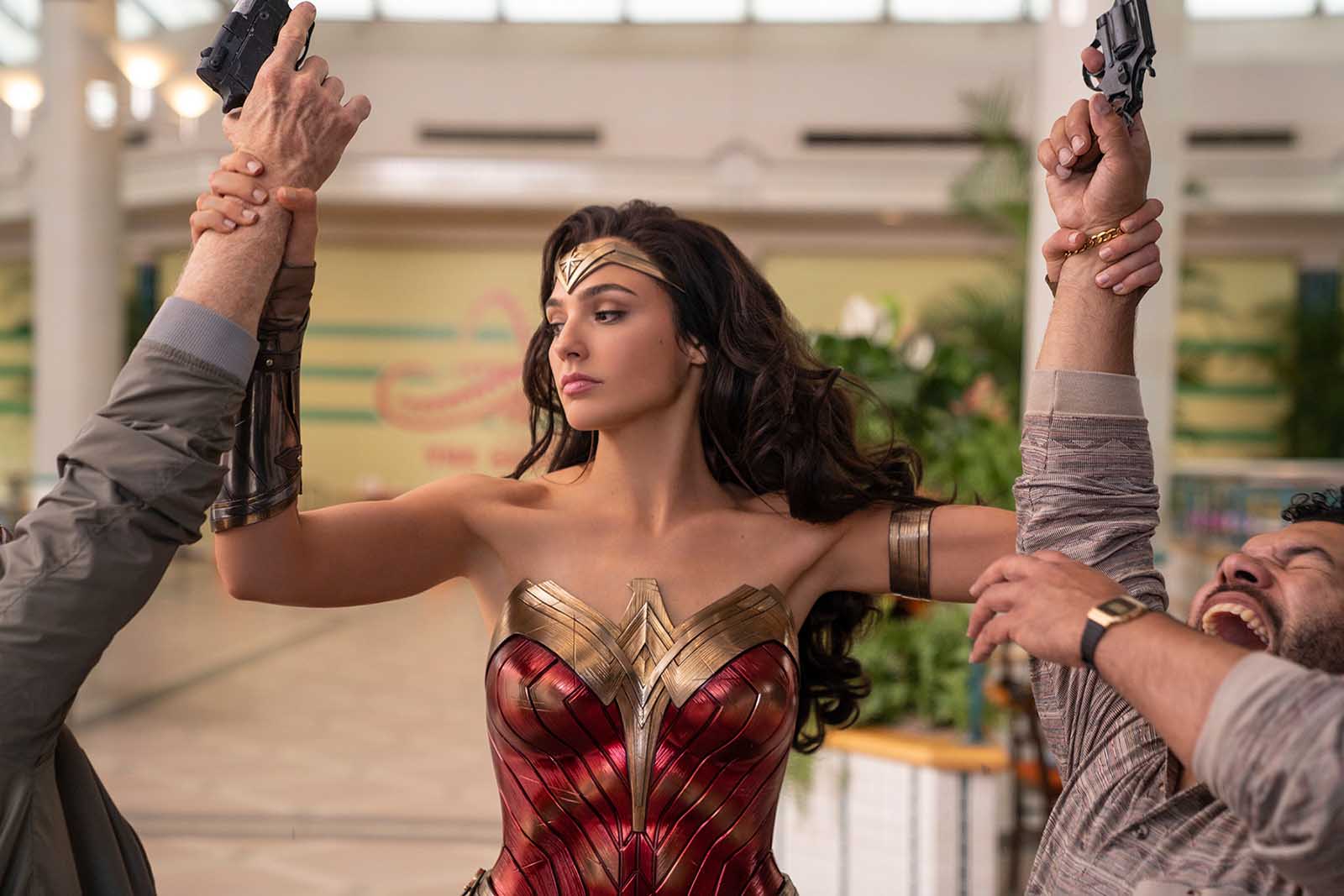 There’s always the illegal approach to watching Wonder Woman 1984, if you don’t care for movie theaters or for subscribing to HBO Max. Make sure you have an up-to-date antivirus when navigating pirate waters and be fully aware streaming content from sites like 123movies, Putlocker or torrenting from The Pirate Bay qualifies as breaking the law.

Excited to finally be able to watch Wonder Woman 1984? Share with us in the comments! 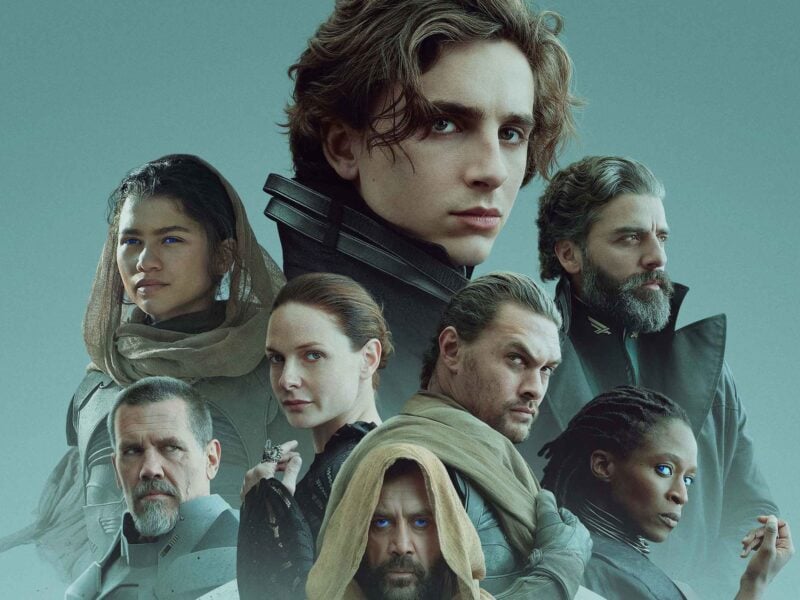