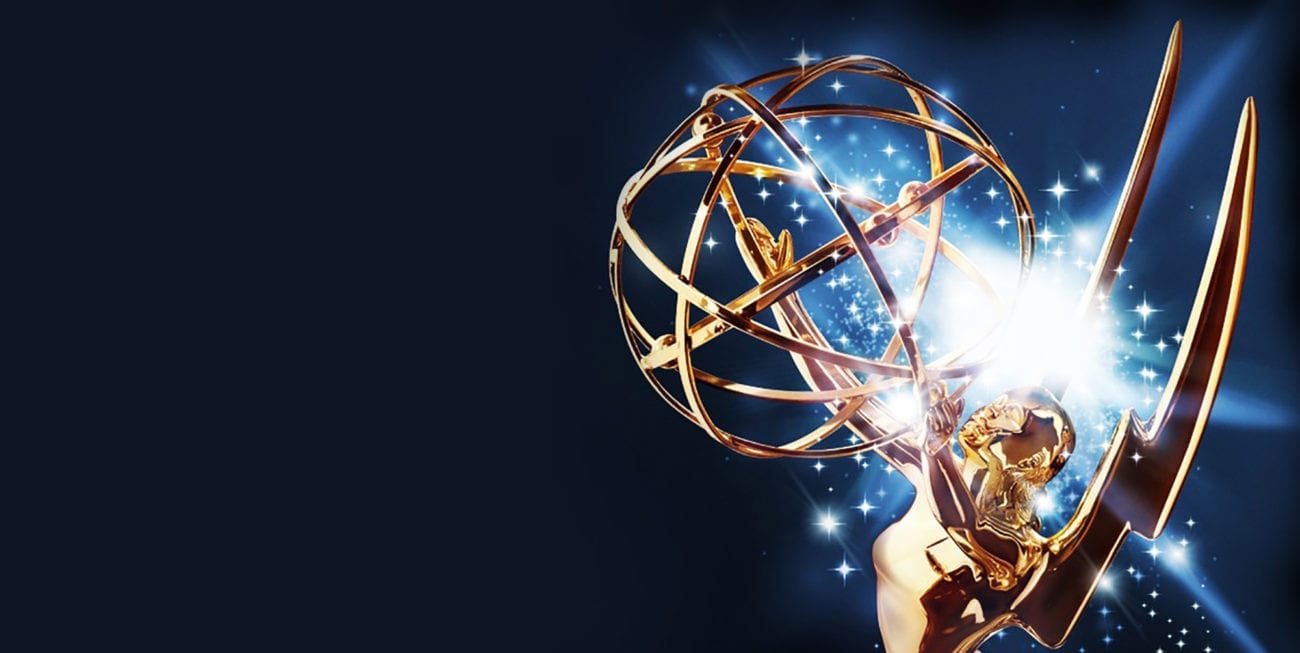 In focus: All the badass behind-the-scenes women nominated for Emmys this year

You’re no doubt familiar with all the big names nominated in the Best Actress categories of the Emmys. We see them all the time on screen and have spent the past year or so enraptured by their performances. But there’s a lot of terrific work from women behind the scenes of your favorite shows who also deserve the same amount of recognition as the best actresses of the year. These are the writers, directors, editors, and stunt coordinators who have helped to make some of the best shows of the year as phenomenal as they truly are and who are rightfully enjoying Emmy nominations for their work.

We wanted to celebrate these women by bringing their careers into focus. So without further ado, here’s everything you need to know about all the behind-the-scenes women receiving Emmy nominations this year.

The young writer once called the leap between being an agency assistant to writing for Atlanta in 2016 as “just one of those things.” In an article for Vice, she wrote: “I had written an original pilot, got it submitted to FX, and here’s a young new writer. It was at the same time they were hiring the Atlanta staff, and they were looking for one more writer, a girl, specifically, and it just so happens that I was actually from Atlanta as well. It was crazy – suddenly I was meeting producers, and then I was staff on the show.”

A staff writer during the first season, Robinson was able to helm the episode “Woods” and “Barbershop” on her own for S2 (the latter of which has earned her an Emmy nomination this year). We look forward to seeing what other genius springs from her scripts for future Atlanta episodes – and other projects beyond it – in years to come.

When it comes to stunts, Duggins is renowned for being one of the best in the industry and was one of the first female stunt performers to ever be nominated for an outstanding stunt coordination Emmy, telling Variety in 2006, “Years ago they dressed up the men to do stunts for women, then gradually it was ‘OK, well, the women can fall down,’ but left the bigger stunts for the guys. Then women . . . came in . . . who changed the way people think about stunt women. They’ve paved the road, so hopefully I can make a little difference.”

Since then, Duggins has continued to enjoy a colossal career including working on movies like Drive Angry and Fast & Furious 5, and on TV shows like Supergirl, Game of Thrones, and upcoming HBO comedy Camping. For her work on GLOW, Duggins had a month to train the Gorgeous Ladies of Wrestling up and helped to shape the action seen in the Netflix Originals series.

One of the original Riot Grrrls, Brownstein came to prominence as part of the queercore feminist rock group Sleater Kinney (who still slay, by the way) in the mid-90s. However, it’s only in the past decade that Brownstein has become more known for her on-screen antics as one half of the brains and comedy stylings behind Portlandia, opposite Fred Armisen.

In an interview with The Daily Beast, Brownstein described the beginnings of the show as “something that started out so haphazardly” based on their deep “kinship with one another”. However, Portlandia has since been a launch pad for Brownstein’s burgeoning career. She’s enjoyed acting roles in shows and movies including Transparent, Carol, Archer, and Curb Your Enthusiasm, and has recently turned her attention to directing – for which she has been nominated for an Emmy for her work on Portlandia.

Having cut the episodes of several prestigious TV shows including Queer as Folk, The Tudors, The Borgias, and Saving Hope, Martin has since become one of the foremost editors on the Hulu adaptation of Margaret Atwood’s dystopian classic. Calling her work on The Handmaid’s Tale “a dream job in so many ways”, the British editor recalled in an interview with Mandy that accepting the job offer was a no-brainer. “I was elated. It was a book I had read many times over the years and I am a big fan of Margaret Atwood. Of course I was interested.”

The television writer and producer started her career as an executive story editor and writer during the first season of the classic HBO Western drama Deadwood before being promoted to a producer in S2. Since then, she’s been a writer and producer on a variety of TV shows including Lost, Alcatraz, Salem, Marco Polo, and more recently Barry. Sarnoff made such an impact with frequent collaborator J.J. Abrams that a character in Fringe was even named after her.

The British editor has been cutting comedy, drama, and action for the past decade and has worked on such eclectic shows and movies as Flowers, Humans, Doctor Who, and Last Tango in Halifax. In a recent interview concerning her editing work on the Black Mirror episode for which she’s nominated for an Emmy, MacArthur stated, “The voice of Charlie Brooker comes through on all episodes but in terms of the edit I felt it was a standalone film and that I was to treat it true to itself.”

Weiland previously won an Emmy for her editing work on Game of Thrones in 2015 and is nominated again for the accolade this year. The editor has cut a number of high-profile productions including episodes of Taboo, The Tunnel, Luther, and The Alienist.

The Gilmore Girls and Bunheads showrunner surely requires little introduction, but just in case you’re a little out of the loop, Sherman-Palladino is the eccentric firebrand brain behind some of TV’s most screwball female-fronted comedies. Having started out as a writer on the Roseanne show in the early 90s, Sherman-Palladino continued to rise up the ranks of TV comedy on show’s like Love and Marriage and Veronica’s Closet before landing her own series with husband Daniel Palladino with Gilmore Girls in 2000.

Since then, Sherman-Palladino has continued to shake up TV with her own indomitable brand of comedy, stating recently to The Hollywood Reporter that “comedy is heading to a very dangerous place” due to our current outrage culture in which you “can’t allow someone to have an apolitical position.”

Kari Skogland: Outstanding Directing for a Drama Series (The Handmaid’s Tale, “After”)

The Canadian filmmaker, screenwriter, and producer has enjoyed a rich and varied career and has likely worked on some of your favorite TV shows over the years. Skogland has directed episodes of House of Cards, The Punisher, The Americans, The Walking Dead, The Killing, and Boardwalk Empire – she’s kind of a big deal. In an interview with Elle Canada, Skogland spoke out against the lack of opportunity for female directors in the industry, stating, “People say they can’t find female directors, but the reason for that is there’s no access, no entry point. They don’t appear overnight – you have to create a space where they can grow and be discovered.”

You’re hopefully already familiar with Waller-Bridge’s work thanks to her Emmy-nominated show Killing Eve and her bold feminist comedy Fleabag. The British actor, writer, playwright, and director has been slogging away with the industry for the best part of a decade, but has only just started reaping attention for her talents in the past fews year, stating she was “broke, demoralized, and angry” before finding success with Fleabag.

The multitalented Brit has recently enjoyed an eclectic variety of career highs, including recently starring as L3-37 in Solo: A Star Wars Story, and is currently developing the HBO romcom thriller Run with her creative collaborator Vicky Jones.

Though all three ladies are nominated separately for their work on different episodes of the anthology series, we wanted to celebrate and explore their work as a collective. Both Westerman and Chung have worked on previous Ryan Murphy and Brad Falchuk productions, including Pose and American Horror Story for Westerman and Feud for Chung. All three also have extensive and varied career highlights as editors, with Greene having worked on shows like The Blacklist and Damien, Westerman on The Wire and You’ve Got Mail, and Chung on Synecdoche New York, The Good Wife, and The Following.

The outspoken comedian, writer, producer, and television host is as the Village Voice describes her: “The voice comedy needs right now.” Which is perhaps why her comedy special has been nominated for an Emmy this year. Not one to shy away from politics, Wolf is renowned for tackling hot topics in confrontational but hilarious ways, including her recent “Salute to Abortion” sketch on her Netflix Originals show The Break with Michelle Wolf. Her comedy style isn’t so surprising when you discover that she worked as a contributor and writer on shows like Late Night with Seth Meyers and The Daily Show with Trevor Noah, but it’s nonetheless satisfying to see her come into her own as a satirist with her own comedy vehicles to lead.