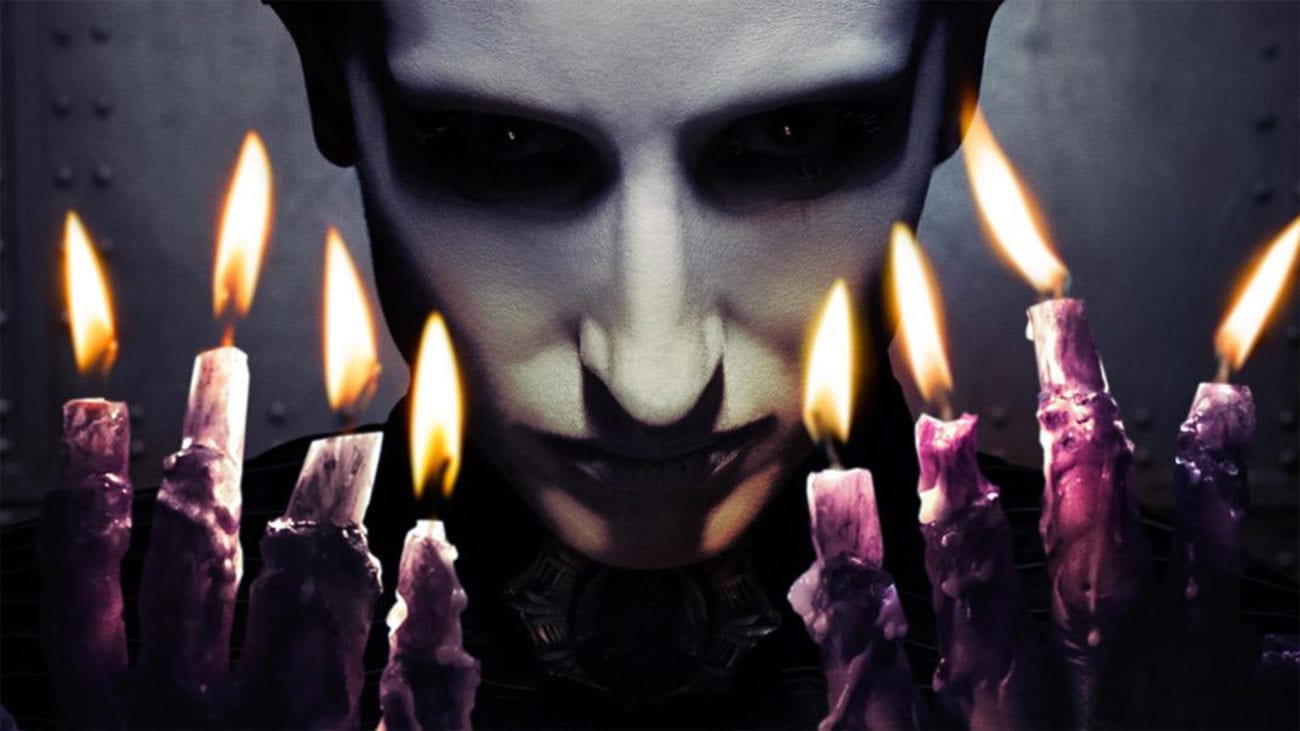 Seven wonders: The ‘AHS: Coven’ witches are back and ready for ‘Apocalypse’

Ladies and gentlemen, hold onto your wide brimmed hats and prepare for carnage because the witches from Coven are reunited and ready for the upcoming season of American Horror Story: Apocalypse.

Ryan Murphy shared a number of bewitching (sorry, not sorry) images of the main Coven squad reunited at long last and beamed: “So thrilled the family is together again!” Same, fella.

Taissa Farmiga, Gabourey Sidibe, Lily Rabe, Frances Conroy, and Emma Roberts all posed for a darling picture showing the cast uniting their powers once more. And they were joined by the world’s most powerful white witch – the indomitable Ms. Stevie Nicks.

We’re already besides ourselves with excitement for the upcoming season which is set to offer a mashup of S1’s Murder House and S3’s Coven, but this reunion picture has officially tipped us over the edge.

It also raises some questions about how all of these beloved Coven ladies could be returning.

For starters, three of them died during Coven (but only one of them screamed Balenciaga as she was being burned alive – a moment we’re keen to never forget): Roberts’s Madison Montgomery, Rabe’s Misty, and Conroy’s eccentric Myrtle Snow.

Though we already knew that these cast members were returning, we’re nonetheless curious about how all of the characters will do so. That includes Sidibe’s Queenie who died in S5’s Hotel.

From the title and all the creepy teasers thus far, it seems safe to assume that the season will concentrate on the world coming to an end.

If that’s the case, we’re intrigued to know how all the interconnected storylines will fit around such a finite premise.

At this month’s TCA panel, executive producer Alexis Martin Woodall revealed a tasty tidbit of plot detail that could help to explain how dead characters could come back to life. “The story begins with the end of the world, and then our world begins.”

If that’s the case then this new “world” could provide an opportunity for the AHS canon to be toyed with and reshaped. Anything is possible – even the resurgence of a pack of dead witches.

In fact, if anyone is going to figure out a way to bounce back from death or from a definitive end of the world it’s most certainly the ladies of Miss Robichaux’s Academy for Exceptional Young Ladies. And Stevie Nicks, of course.

One character who you may have noticed is missing from the picture is Jessica Lange’s Fiona (who also died at the end of Coven). However, that likely has far more to do with the star reprising her role as the monstrous Constance Langdon from Murder House.

Constance is set to be a major part of the upcoming season. As you likely remember she was last seen taking custody of her neighbor’s satanic offspring – the child that Tate Langdon (Evan Peters) is the father of.

That little evil baby is to be all grown up in Apocalypse, with Cody Fern depicting his portrait of the Antichrist as a young man.

With Woodall hinting that the show starts “in the real world” and that the apocalypse scenes offer a “tangible” portrayal of such an event with “a familiar panic”, we’re bracing ourselves for the sort of topical horror last seen in S7’s Cult.

However, we’re hoping that the mashup of Coven and Murder House will provide a supreme return to form and evoke the chilling fun of the earlier seasons. If anyone can help make that happen, it’s definitely Nicks and her squadron of witches.

Now let’s all blast Fleetwood Mac’s “Seven Wonders” as loudly as we can while spinning in a perfect circle as we wait for the show to premiere September 12 on FX.