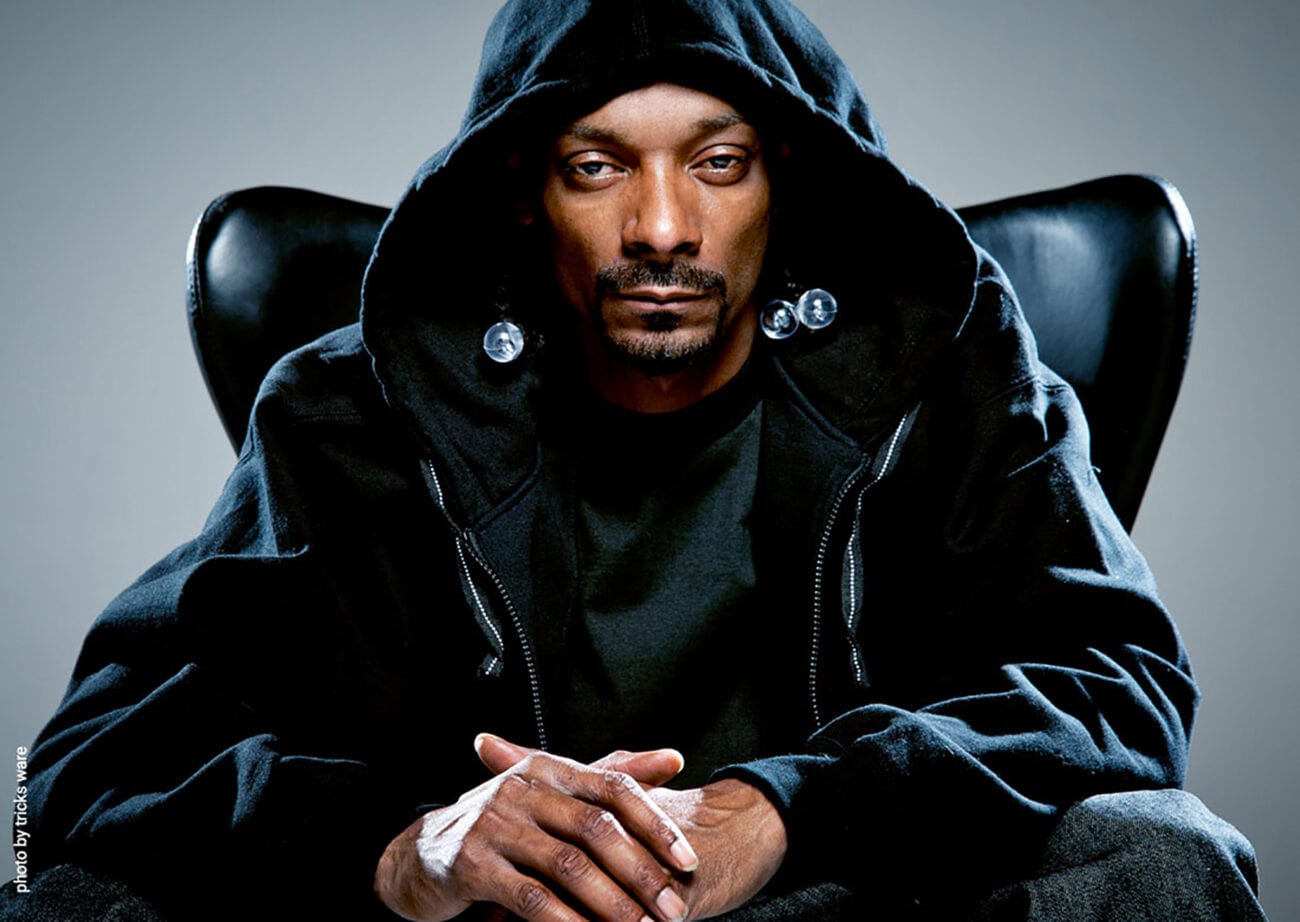 Snoop Dogg’s net worth rises again: All the best commercials he’s in

For those of you who don’t know (and maybe you’re living under a rock), Snoop Dogg the rapper is now a commercial icon – literally. By hawking brands he believes in, Snoop continues to increase his net worth and has a blast doing it.

For years, Snoop Dogg has been entertaining his fans and increasing his net worth in a variety of ways. After starting out in the music industry, he released popular songs such as 2004’s “Drop It Like It’s Hot” and 2011’s “Young, Wild & Free” with Wiz Khalifa. Since then, he’s branched out into other segments of entertainment, including appearing on his reality cooking show, Martha & Snoop’s Potluck Dinner Party.

According to The Sun, Snoop’s 2020 commercial for the online food ordering company Just Eat added to his net worth by $6.2 million. The short ad, which is titled “Did Somebody Say,” was posted to the brand’s official YouTube page on May 7, 2020 and has since been viewed over 7 million times. 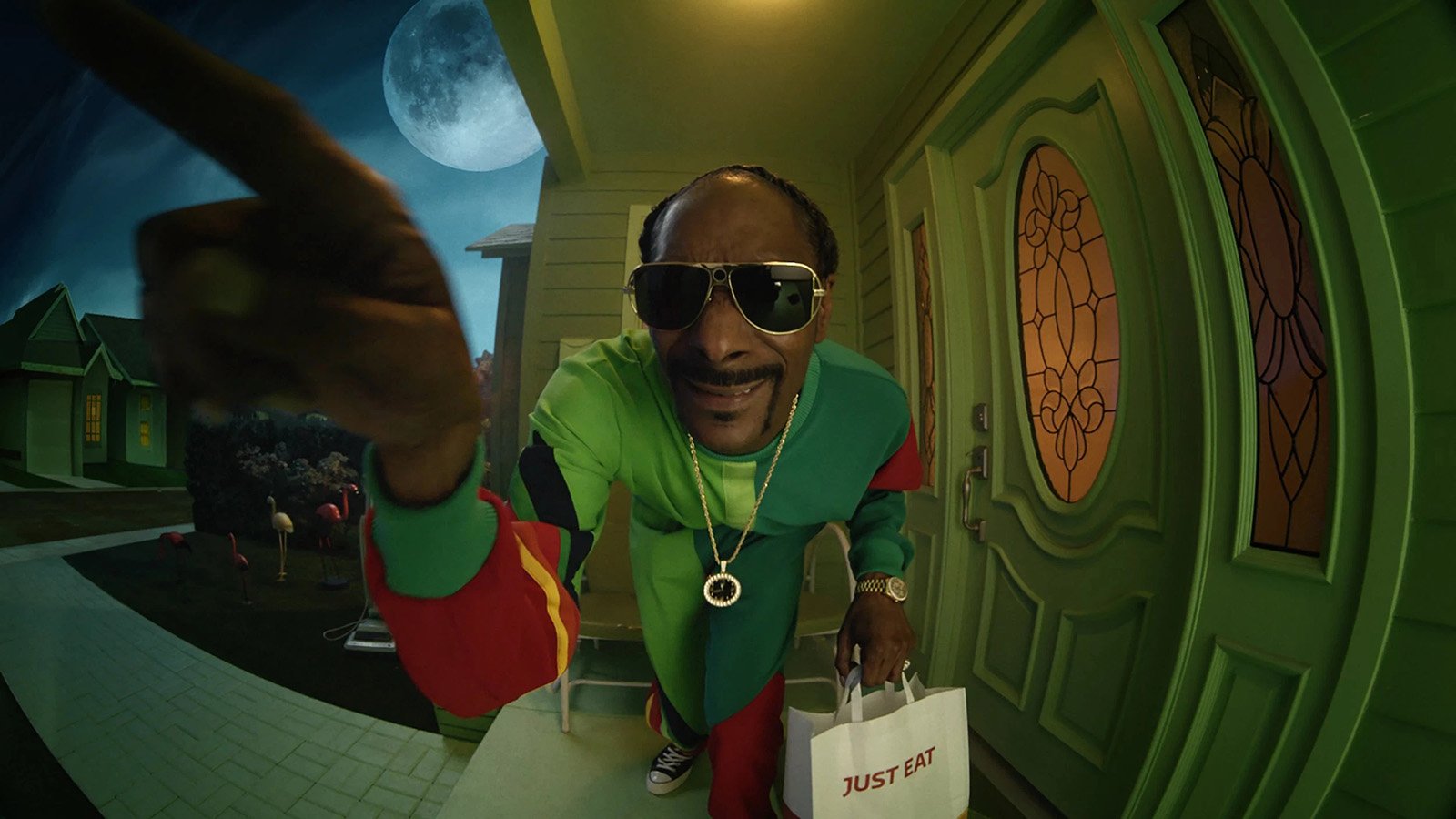 The commercial showed Snoop saying that he’s going to order his food “doggy style”. He then proceeded to rap about the different ways that you can use the service to net value, including ordering fried rice on a private jet and having chocolate fondue delivered to your house.

A music insider spoke to IBT about the worth of the deal and what was ahead for the campaign. After confirming that Snoop, whose real name is Calvin Cordozar Broadus Jr., had banked millions for the deal, they said the new project had been a way for him to net “easy money”.

According to the source, the new Snoop Dogg commercial was worth the cost because it drove sales and resulted in a “massive boost” for the brand. As for how the spot stacked up against other promotional efforts made by Just Eat in the past, the source stated that it had become their “most successful advert”. 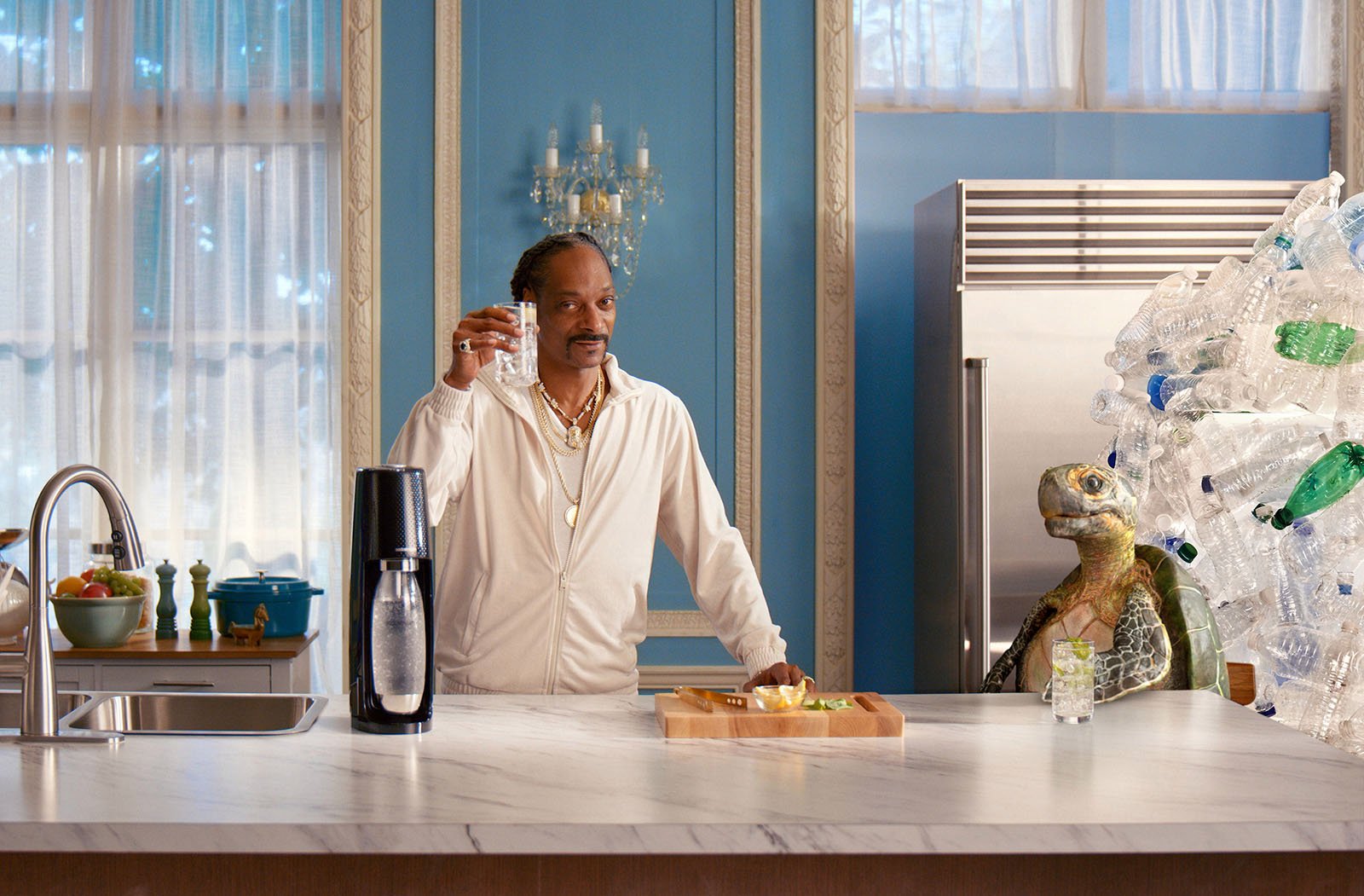 SodaStream signed up Snoop Dogg for a festive holiday campaign encouraging people to enjoy “the small, meaningful things” during the Christmas season adding to his net worth. Created in-house by SodaStream, the ad begins as Snoop Dogg explains why he’s always so happy – he finds meaning in the little things.

The Doggfather opts to enjoy an intimate meal with his family (who all have his face, including the dog), before taking some freshly made gingerbread cookies out of the oven in a nod to his well-documented love for “baking”. The ad ends as Snoop nets an interaction with an endangered turtle, who gets behind the mic to sing about “the small things”, in light of SodaStream’s worthy work to reduce the amount of single-use plastics. 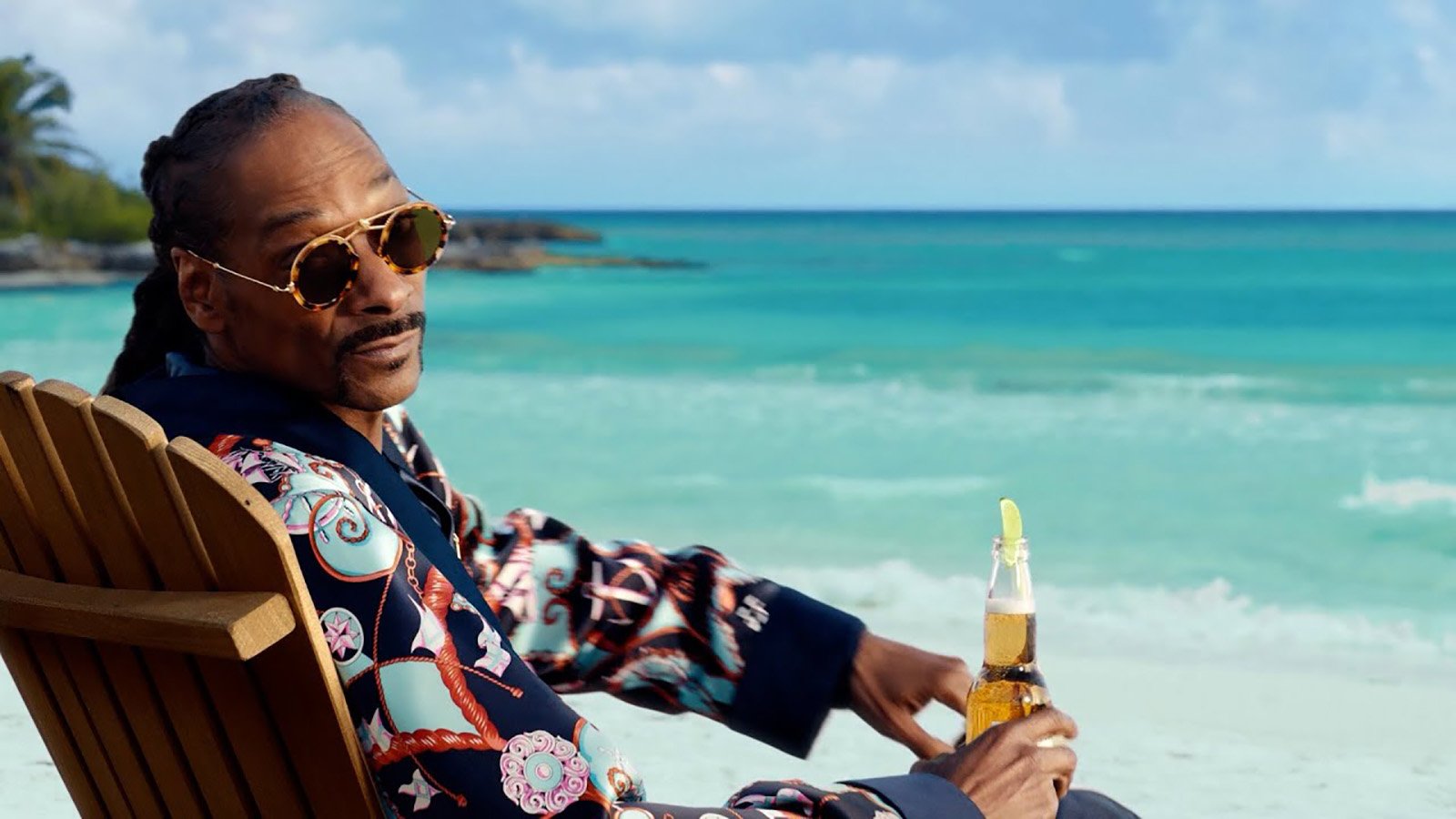 Corona, the beer, has netted a strange few months since the same-named pandemic swept the world. As a worthy antidote, Corona teamed up with Snoop Dogg in its latest “Fine Life” campaign.

To celebrate the finer things, Snoop Dogg is walking down a placid, tropical beach in his silky loungewear and opines that you’ve never seen a person in a hurry when they’re holding a Corona Extra, because that’s the fine life. Snoop also added to his net worth by teaming up with other artists, like Bad Bunny, in the series of Corona spots. 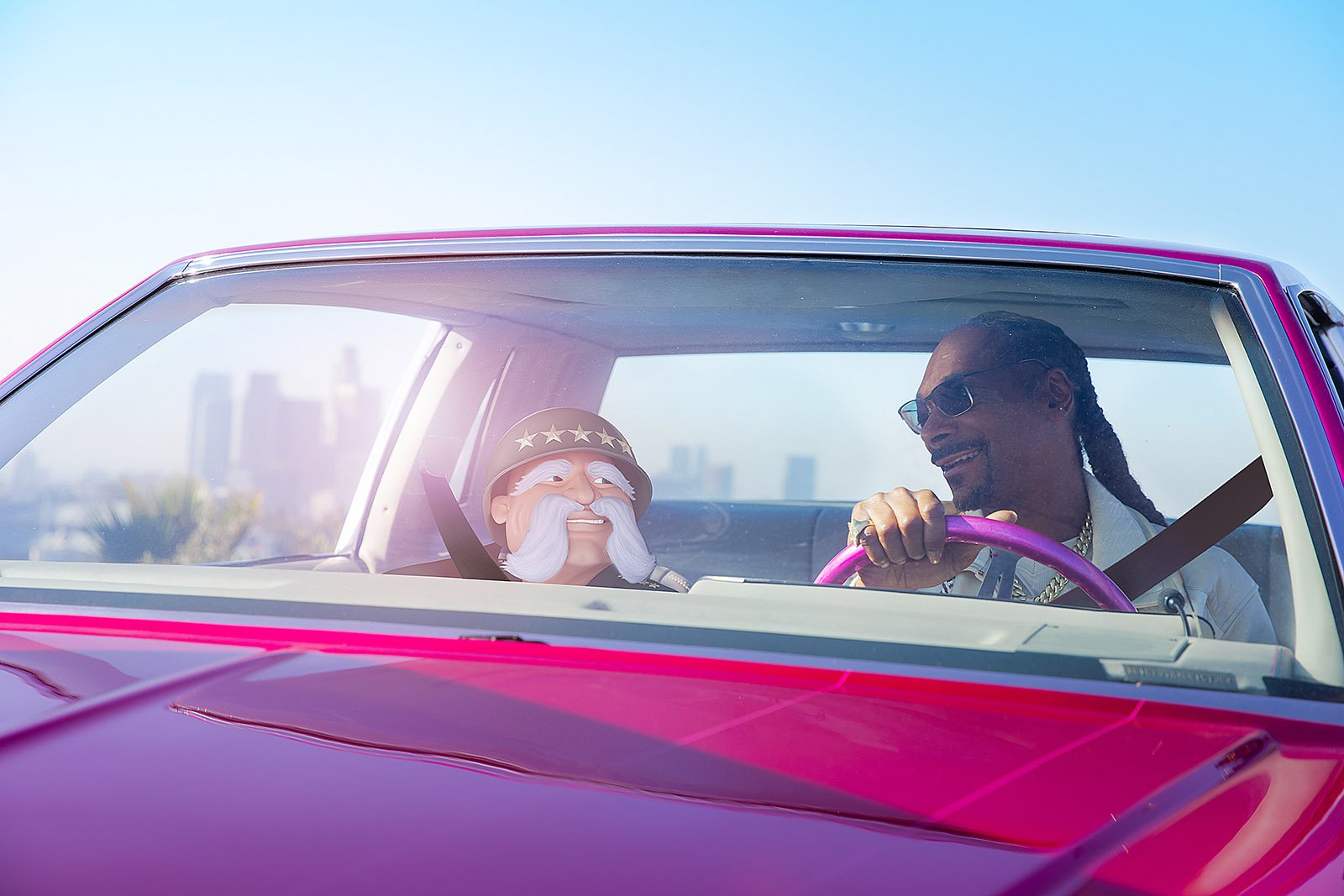 Research revealed that Snoop Dogg is extremely relatable to The General’s customers, so forming a connection between the brands was a strategic one that added to the rapper, actor & entrepreneur’s net worth. “I love The General’s brand and what they stand for. They welcome all customers, no matter their history; that’s something I can stand behind,” remarked Snoop Dogg. 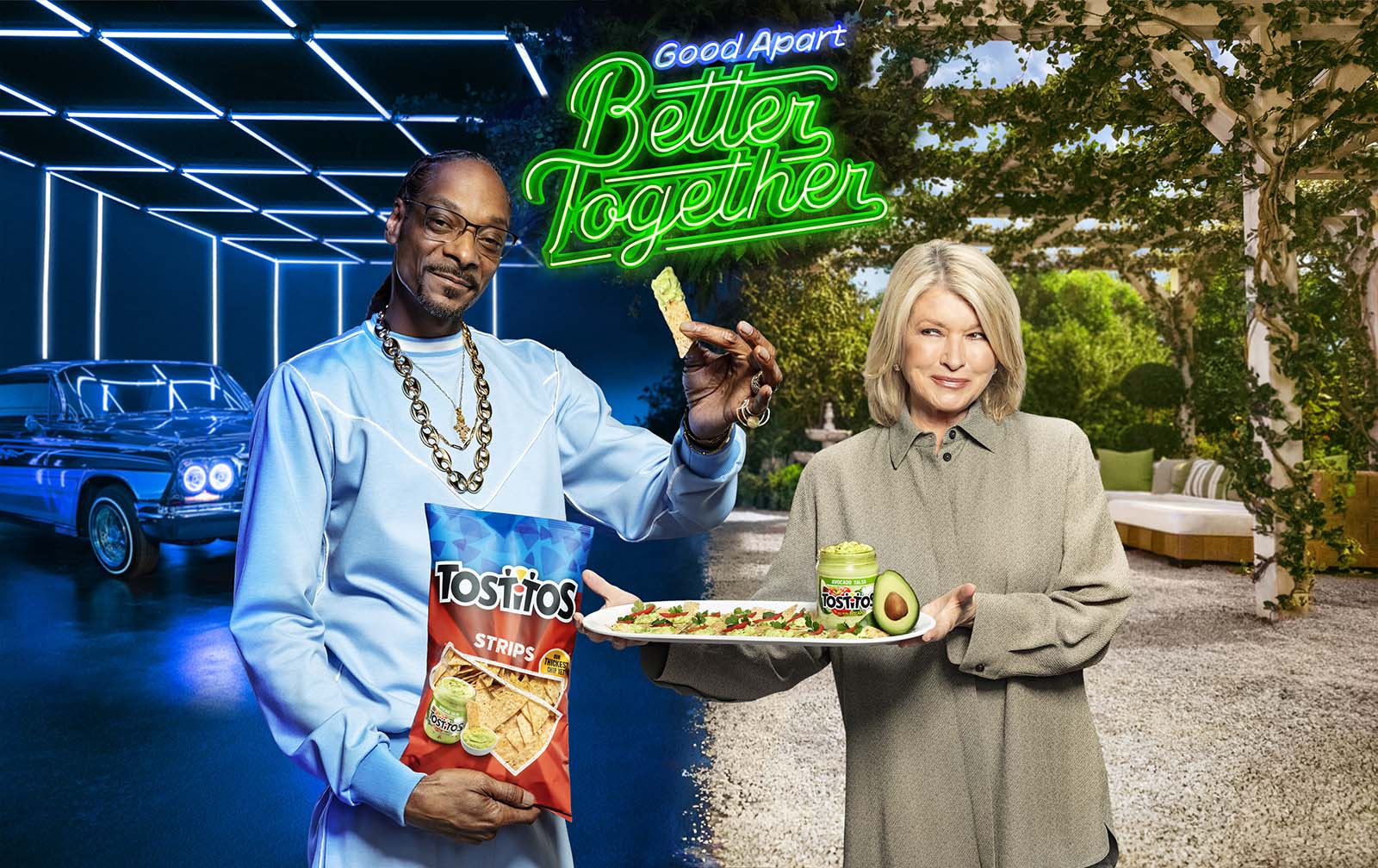 Meanwhile, Snoop joined his Potluck Dinner Party co-host, Martha Stewart, for a tasty way to improve his net worth by plugging the Tostitos brand. Stewart’s job was to push Tostitos creamy avocado salsa, while Snoop was tasked with promoting the Tostitos strips tortilla chips.

Naturally, their effortless chemistry was on display. Snoop said, “They’re good apart”, to which Stewart said, “But better together”. Snoop added, “Pass me some of that green stuff”. Snoop then reminded Stewart not to say things such as “Fo shizzle”. 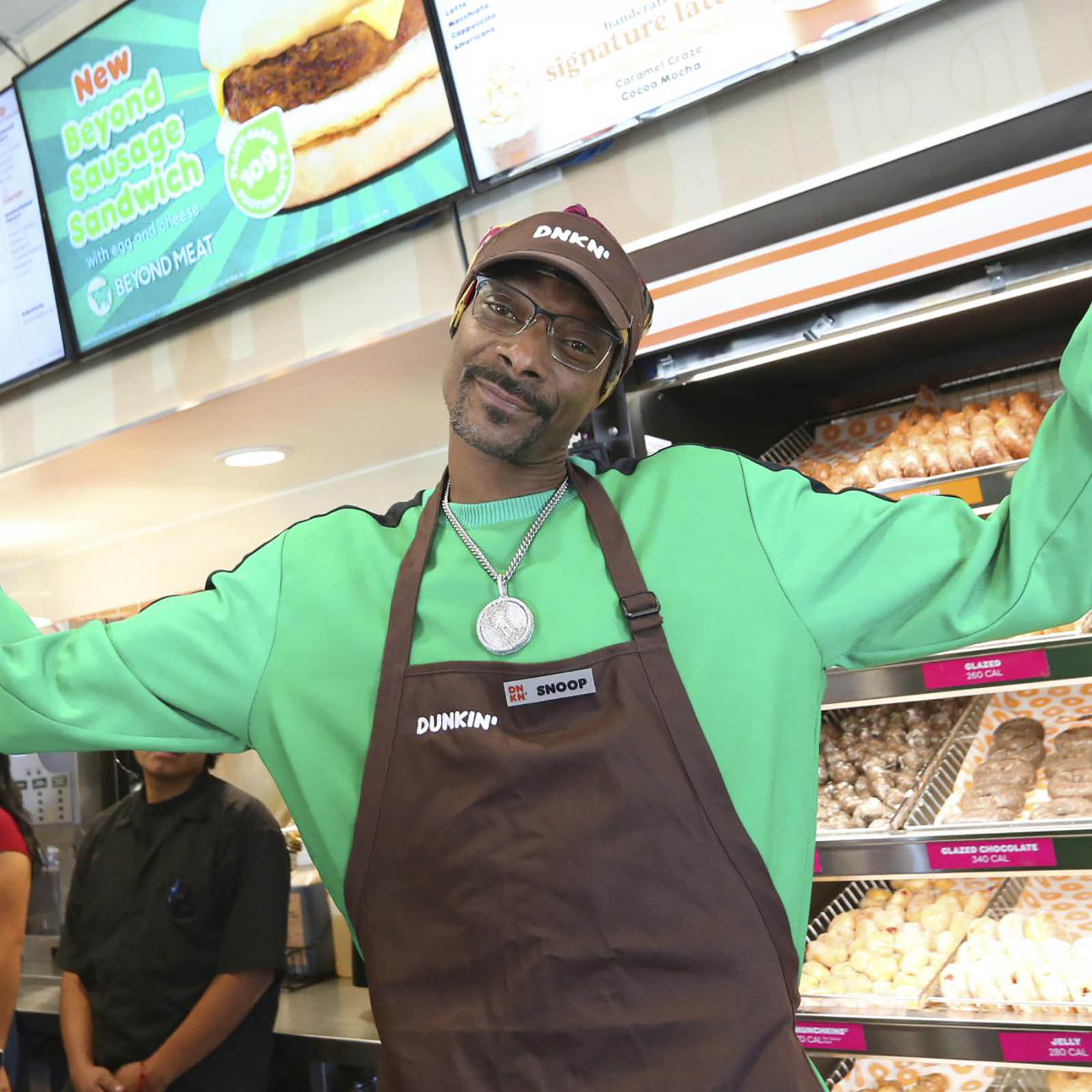 Finally, the Dunkin’ Donuts commercial — which originally debuted last November — found Snoop serving up a plant based sandwich called “The Beyond D-O-Double-G”. The sandwich was only available for a limited time but still put Snoop’s acting chops to the test.

A savvy entrepreneur, Snoop Dogg has continued to increase his net worth by using his iconic clout to push products that make a difference. So how well have these conscience lifting messaging efforts increased Snoop’s bottom line? According to Celebrity Net Worth, Snoop’s net worth hovers around $157 million.