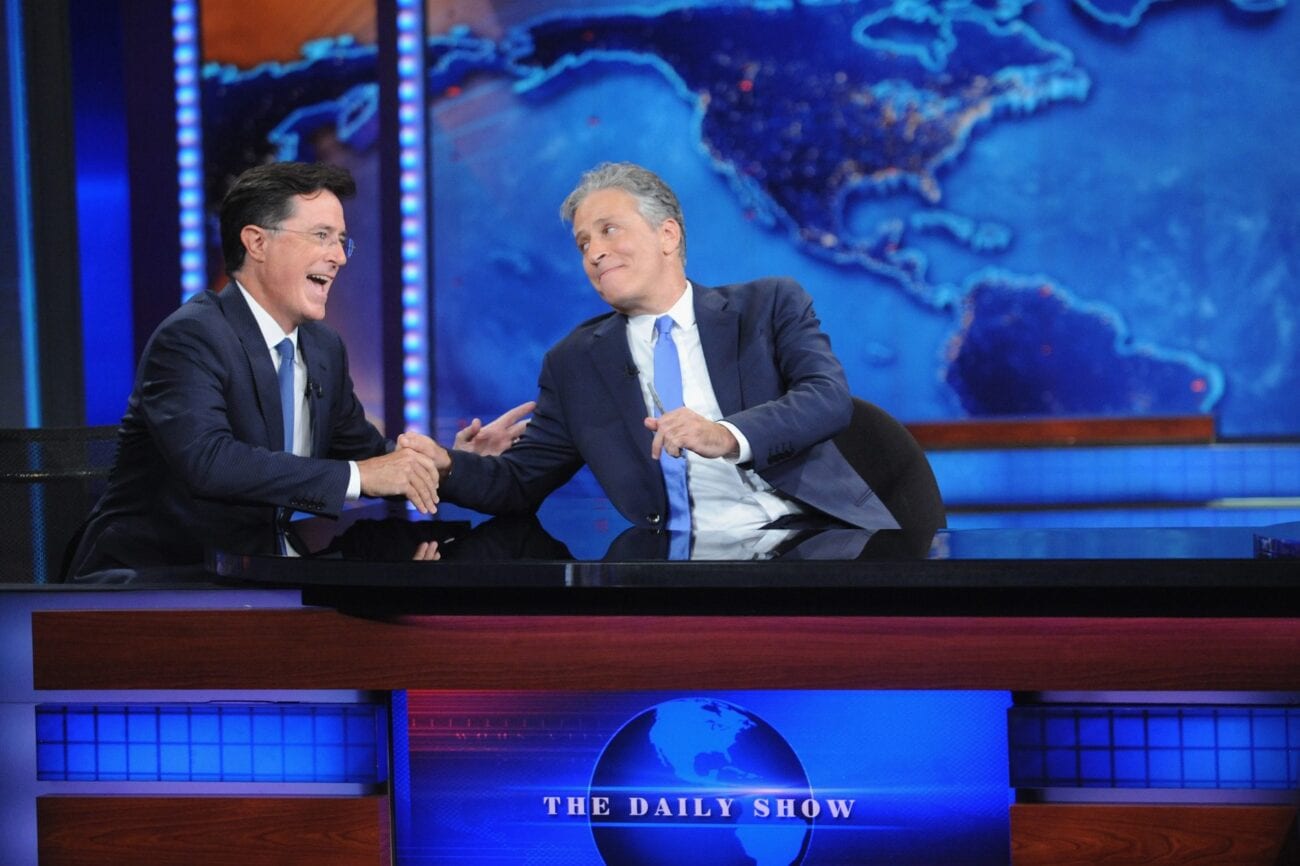 Jon Stewart returns to ‘The Daily Show’: Check all the highlights

Late night great and political wildcard Jon Stewart returned to the Late Show with Stephen Colbert last night, in what would be Colbert’s first time recording in front of a live studio audience in over a year. Naturally, it made sense to bring on Stephen Colbert’s good friend Jon Stewart, who himself had a glorious late night run on The Daily Show from 1999 to 2015 before ultimately handing the reins over to comedian Trevor Noah.

People were excited to see this Hollywood bromance reunite after what has been a difficult year for many thanks to the global pandemic. Jon Stewart and Stephen Colbert, who are both intelligent in their own right, are simply some of the better late-night entertainers we’ve had this past decade. However, after discussing the pandemic itself, Jon Stewart gave a take that some people are labeling “problematic”.

“We owe a great debt of gratitude to science,” Jon Stewart suggested, possibly hinting at the vaccine process. However, he went on. “Science has, in many ways, helped ease the suffering of this pandemic … which was more than likely caused by science.” What?! An uncomfortable Colbert looked toward his friend in shock & awe, as did we. Just how crazy was this episode of The Late Show, featuring The Daily Show great Jon Stewart? 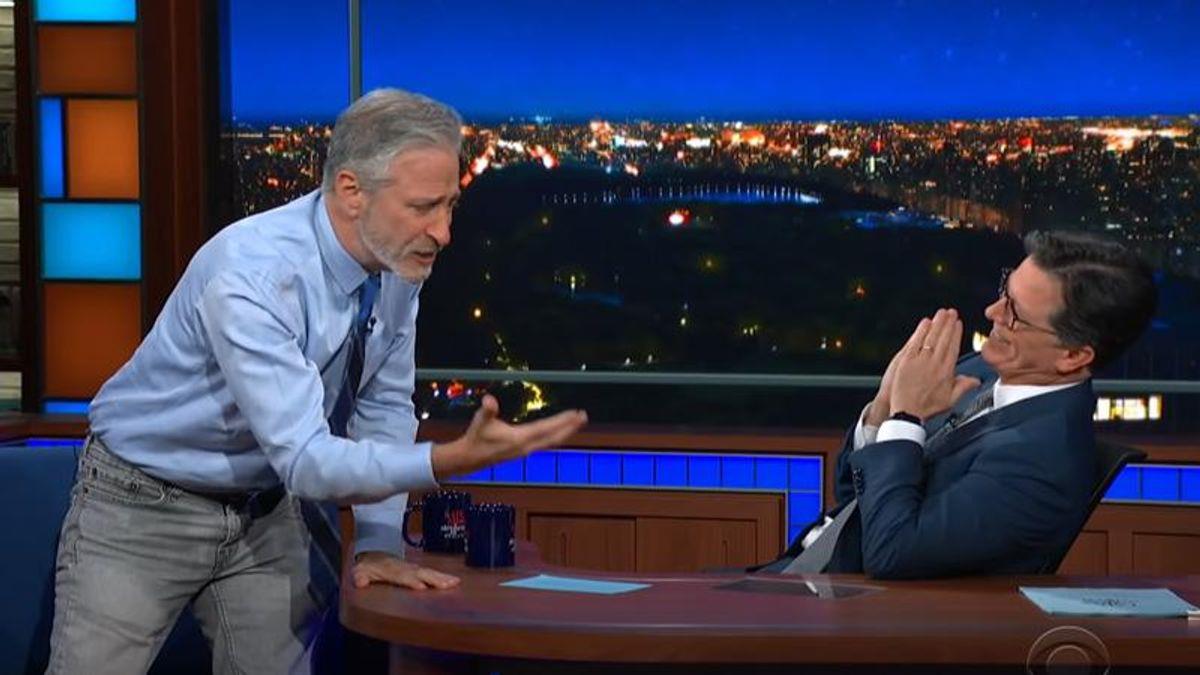 Turn up the heat

Colbert, who comedically added a shocking physical expression, looked to his good buddy Jon Stewart and asked him outright “Do you mean perhaps there’s a chance that this was created in a lab? If there’s evidence, I’d love to hear it.” We all sat in anticipation, eagerly waiting for what clever syntax the former Daily Show host could string together.

He then acted out like a Wuhan scientist claiming that the pandemic started when “a pangolin kissed a turtle” or “a bat flew into the cloaca of a turkey, and then it sneezed into my chili and now we all have coronavirus.” Stewart continued on with the joke, stating “There’s been an outbreak of chocolatey goodness near Hershey, Pennsylvania — what do you think happened?” 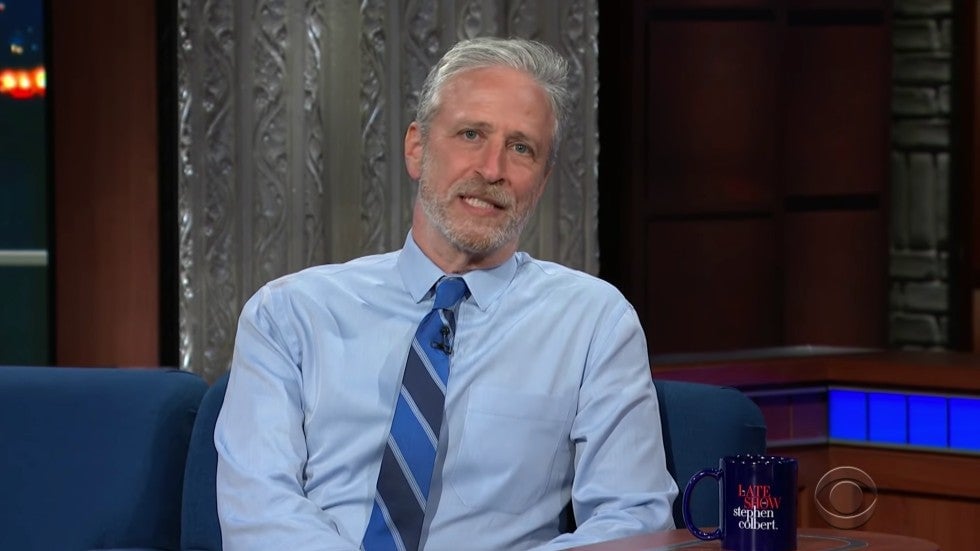 At one point during Stewart’s rant, perhaps in an effort to make his soliloquy clear to both Colbert and the audience, he walked up to the camera and said the following: “I have been alone so long, and when I realized that the laboratory was having the same name — first name and last name — of the evil that had been plaguing us, I thought to myself, ‘That’s f—ed up,’”

Perhaps to not lose his left-wing audience outright, Colbert began to push back on his dear friend’s sentiment, disregarding a theory that even Dr. Anthony Fauci has noted could have been a possible start to the coronavirus, a theory that is also reportedly going to be under investigation under the command of President Joe Biden.

“It could be possible that they have the lab . . . because in Wuhan there are a lot of coronavirus diseases because of the bat population there,” Colbert suggested.

“It’s the only place you can find bats,” Stewart hilariously replied, pointing out that “Austin, Texas, has thousands of them that fly out of a cave every night at dusk” but “there doesn’t seem to be an Austin coronavirus.” We mean . . . he does make some interesting points.

What are your thoughts on Jon Stewart’s take regarding the start of the covid-19 pandemic? Do you wish Jon Stewart was still the host of The Daily Show? How much damage control do you believe Stephen Colbert will have to do after Stewart’s takes? Comment below and let us know your thoughts.