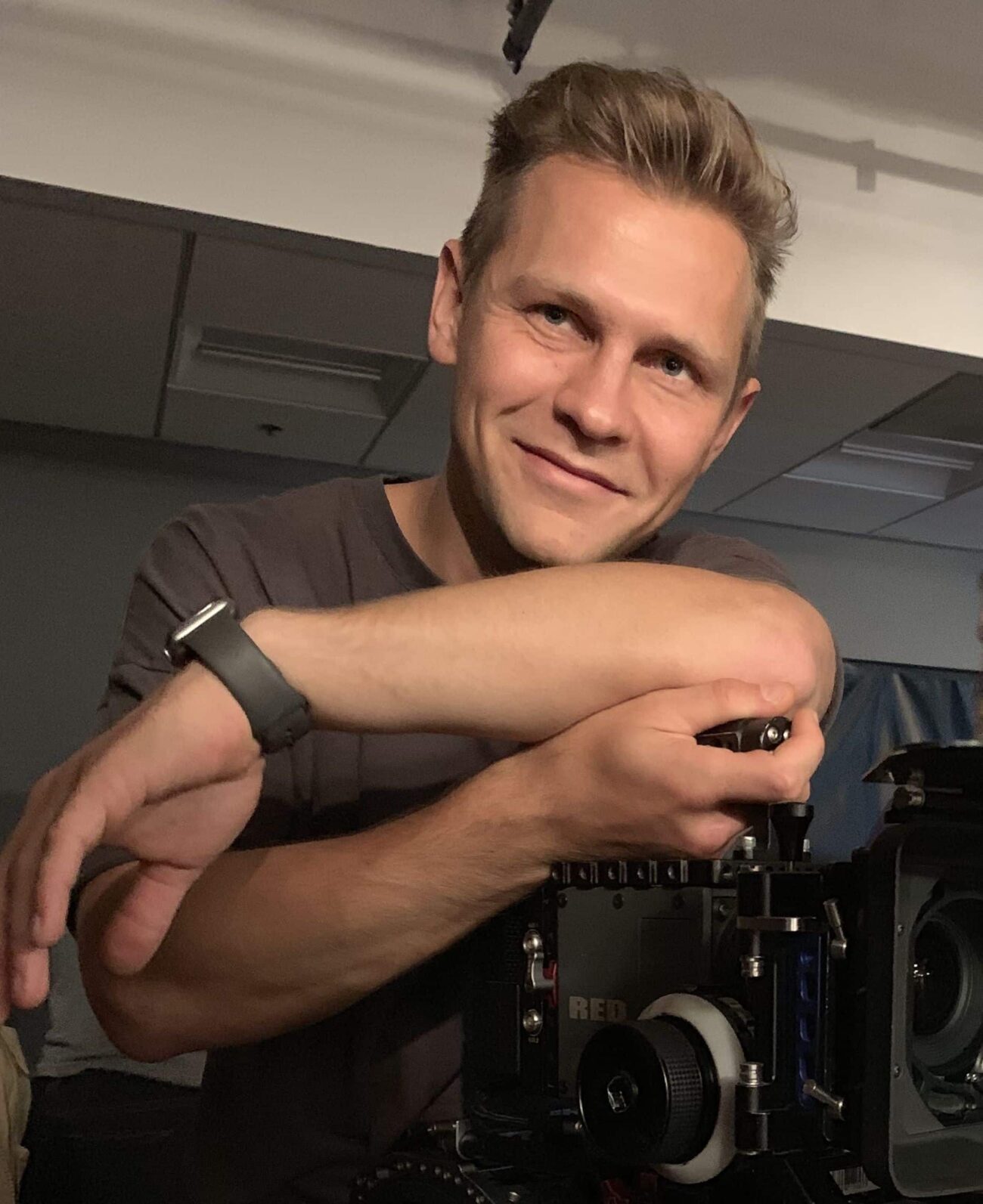 Cinematography is one of the best ways to convey your world view. Not just for the filmmaker, but especially for the cinematographer.

We talked to the cinematographer Anatoly Ivanov, who is known for filming the RedBull project, numerous short films, etc. 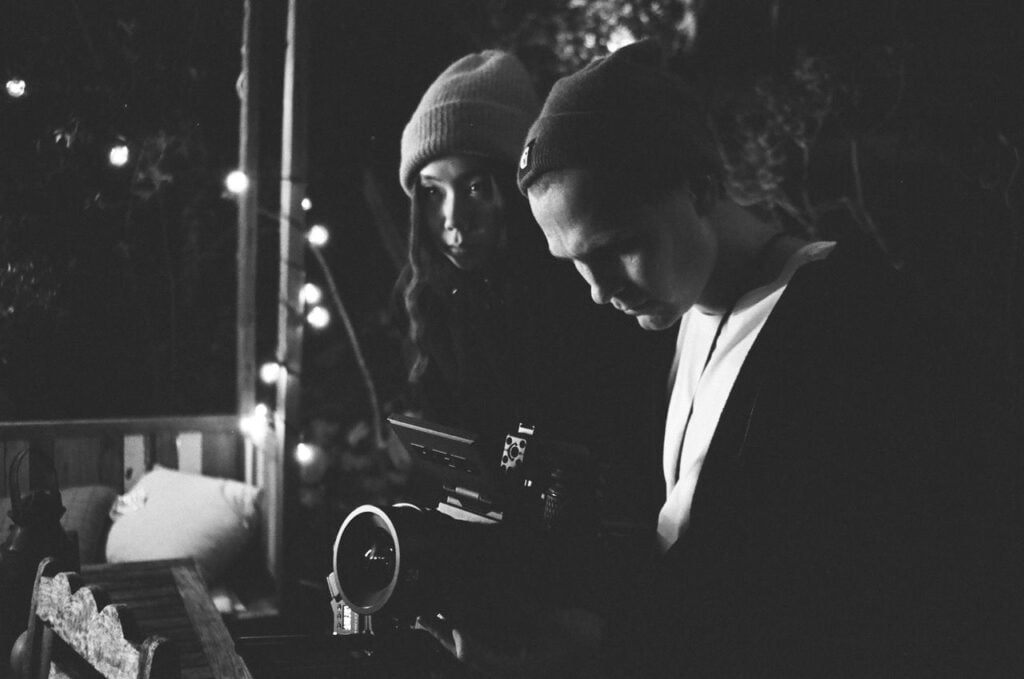 — You have won film awards in Russia, Italy, Sweden, the United States and other countries. After achieving such successes in your industry, does anything change? Or do you pay no attention to your own awards?

— Every award or even a nomination is a great joy. In the past, before the world went into isolation for almost two years because of the pandemic, all film awards used to be a wonderful celebration.

All the nominees and an audience of mostly film-makers or film-lovers would gather in a rented cinema, show the films on the big screen and then announce the winners.

The event was always accompanied by a lively dialogue with people who were close in spirit. Discussing this or that unique moment in the film and revealing the secrets of how it was made. Even if your film didn’t win, you always found people who were attracted by your work and your storytelling style.

It’s a huge resource for expanding networking. But now most film festivals have gone online and their relevance has been somewhat lost. Of course, the organizers feel it very well and are slowly, albeit very slowly, returning to the previous format. Let’s hope for the best.

— There are different kinds of shooting: reportage, art, advertising, etc. You specialise in sports shooting, including working in extreme conditions. This type of shooting seems to be one of the most difficult. Why did you choose this particular genre?

— My two favourite subjects at school were maths and PE. I loved calculating probabilities and conquering new heights. That’s how extreme sports came into my life. Starting with roller skating in summer and snowboarding in winter. In spring and summer came wakeboarding, kiteboarding and skimboarding. Extreme sports is like learning foreign languages, the first one is pretty difficult, but with each next one comes more and more ease, and I want to try more and more. And each of the kinds of sports begins to improve your skills in the previous ones. So I mastered skateboarding, skiing and surfing and started experimenting and mixing them up.

But my love of mathematics did not stay away. Having completed a degree in engineering and realising that a career as a professional athlete was not something I was considering, experimentation led to a new extreme challenge to ride with a camera.

I’ve been deeply impressed by snowboarding films. I always thought, “Who are those guys behind the camera? They’re flying at the same tremendous speed and they’re holding the camera in their hands”. It really inspired me and I wanted to repeat the cameraman’s stunt, not the athlete’s.

When I came across a new project in Russia, Extreme Marathon, where participants have to make videos of their trials in a short period of time, I immediately registered to see what I could be capable of. I didn’t have much faith, as there were many professional cameramen and athletes among the applicants. But the motivation was strong. After the first marathon I took fourth place and fell in love with what was happening. The next marathon I went prepared and managed to win. After that I was noticed and invited to shoot for the Olympic athletes.

The perpetual moves and new challenges are what motivated me to choose this direction. But for all intents and purposes, this direction chose me.

— What films do you remember working on the most?

—  Each film has its own story behind it and an experience that is particularly memorable. It is special and certainly memorable. That’s what I love about cinema – the opportunity to be in a new location with a new mood with each new project.

The first thing that comes to mind is the three-day short film “Hi, Gugu!” which we shot in the middle of a parched lake in the desert on the California-Nevada border.

We had rented an RV (motorhome) and took a long drive through the dense sand in the middle of the lake, where we set up our camp of two motorhomes. There was complete freedom of action and no attachment to anything. And the nights were so conducive in terms of temperature that we just slept far away from camp simply on mattresses, watching the broadest starry sky.

— What challenges do you face most often in your work?

— Probably the biggest challenge you face in your work is the emotional stress of the responsibility not to miss the shot at the most crucial moment.

Thinking back to the RedBull project in Utah, USA, where Olympic bronze medallist Yulia Galysheva trained in the freestyle mogul. The day before I arrived, Yulia suffered a knee injury. She was on a light training program and her coach only allowed her to jump her hardest trick once. And at that moment I felt a lot of pressure to make that shot in one take. So that such a long trip to Utah wouldn’t go to waste. We did it! I’m very grateful that Yulia was able to show all her power through the pain.

That’s what I love about working with RedBull because they always want to show through their films the pain and hardships athletes go through. The storyline just clicked into place. Julia’s preparation for this jump was included in the final video and deserved a lot of attention.

— Many directors or producers have a list of works they would like to adapt. These could be favourite books or cult novels. If you had the opportunity, which project would you like to be involved in?

— My favourite films are based on true stories. There are many events in history, exploits of people you want to tell about through the lens of a camera. The documentary Free Solo is about a mountaineer who climbed a steep cliff without a safety net, or the feature King Richard is about the father of the world’s best-known tennis players.

I think the stories of Paralympic athletes and people with disabilities are the most untold. And perhaps if we’re talking about a project I’d like to be involved in, it’s them. I would like to try and capture the emotions of these brave people who have not been crushed by the terrible twists and turns of fate.

— You have filmed extreme sports for Toyota Olympic Team Russia and at a Red Bull event in Kazakhstan. You also worked with Maria Agapova, the MMA champion. Are there any other sports you would like to shoot?

— I probably won’t rest until I’ve filmed all the sports. On a more serious note, after attending film school in Los Angeles, I fell head over heels in love with big cinema. And my skills as an extreme cameraman have found new application in film-making. So at the moment I’m concentrating on exploring the world of cinema and collaborating with filmmakers to bring new approaches to filmmaking, taking advantage of the sporty training of a camera operator

—Which of your works are you objectively proud of? Were you able to overcome or even surpass yourself then?

— I am an extremely self-critical person. There are enough projects that I can be proud of. Many of them have won Best Cinematography awards at international film festivals, but I look back and every time I think I could have done even better. I’m waiting for the moment when I can say “this is the best thing I’ve ever done in my life”. But at the same time, I realise that it may never come.

— What advice would you give to a novice cinematographer? Perhaps you could warn against some mistakes?

— Mistakes are an inseparable part of learning in our profession. So instead of trying to warn, I would advise just not to be afraid of them. After all, experience is more important than talent, and you will never get answers until you try.

Every time I show my work, I’m not waiting for rave reviews and praise, but for criticism, which also helps a lot in your growth.  People can spot mistakes for the simple reason that you lose freshness of vision when you’re on set. For the same reason, the footage is often edited by a distant person who has not been on the set.

Often beginner cameramen are so concerned with the beauty of the shot that they forget which frame is the best to use to help the story unfold. This is not to say that the shot must be ugly, it just has to move the story along with its beauty.

— What are your creative plans in the near future?

— I am currently working on my feature film as Director of Photography. I’m totally focused on it, as it involves a lot of research into the genre we’re shooting.

But the plans remain the same — to keep on enjoying myself and growing as a professional. 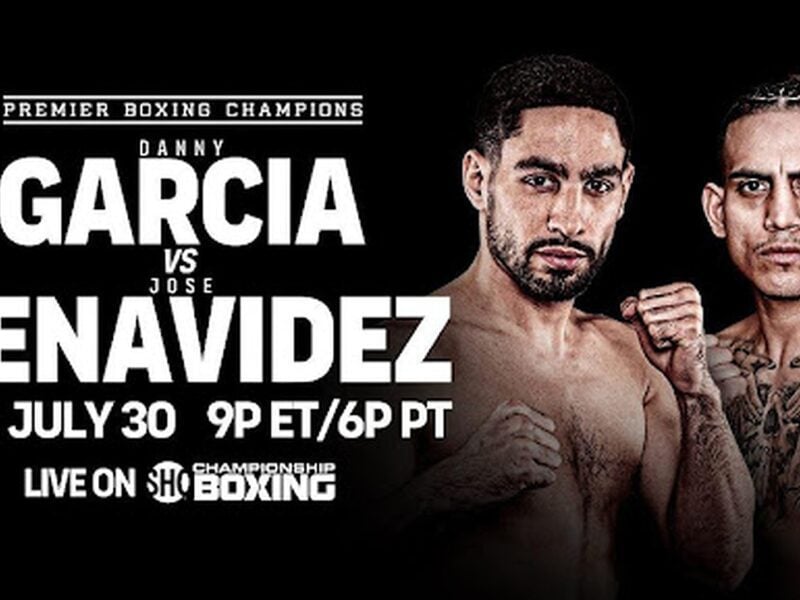