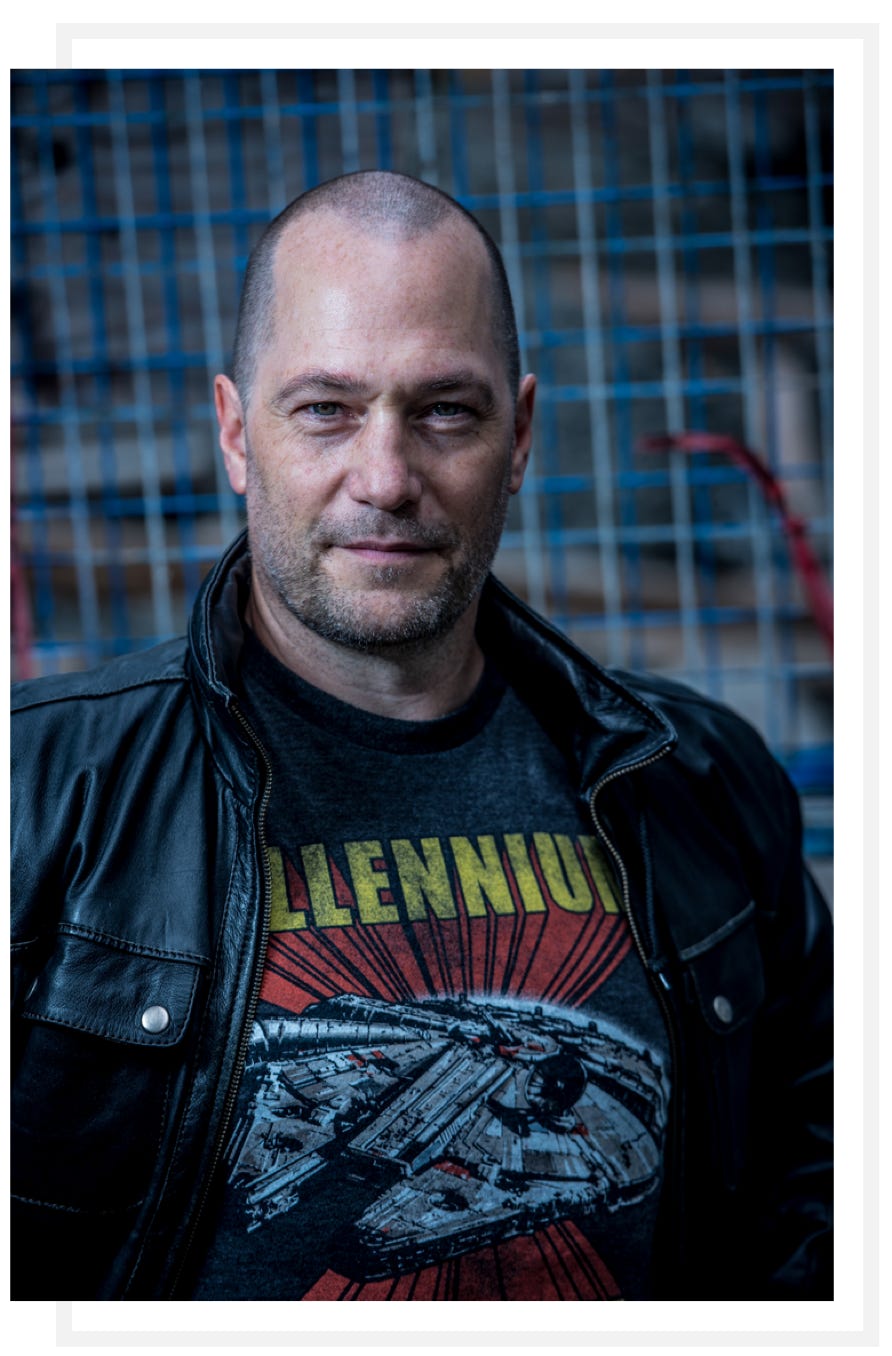 Fun and fast: Get to know ‘Vendetta’ editor Trevor Mirosh

Trevor Mirosh may not be a well-known name outside Hollywood, yet he is very well known in the industry for his recent editing work on Vendetta, starring Bruce Willis, and The Ravine, starring Eric Dane. That is just the tip of the iceberg to his wide resume of experience within the entertainment industry. More and more projects are benefitting from his expertise, including films, shorts, and series.

We got a wonderful opportunity to sit with Trevor and discuss his two most recent projects and break down his creative influences from Thelma Schoonmaker to Steven Spielberg.

How did you come to work on Vendetta? What was the process of you becoming the editor for that project?

I got involved with Vendetta through a producer I knew. He phoned me and asked if I wanted to work on an action film with Bruce Willis, Mike Tyson, Clive Standen, and Thomas Jane. He had me at Bruce Willis. What an honor it was to be part of a Bruce Willis project. I have watched his work from Moonlighting to Die Hard to Pulp Fiction and The Sixth Sense.

Vendetta was a project filmed in Georgia and edited and posted in Vancouver, Canada and it’s about a father, William Duncan, who takes the law into his own hands, setting out on a quest for retribution after his daughter was murdered.

As an editor, much of your creative process shapes the audience’s perception of the film. What details can you share with us about your unique approach?

It was the editing work of Thelma Schoonmaker in Martin Scorsese’s film Raging Bull that drew me into the editing world. Thelma’s gritty editing style and her jarring approach really inspired and influenced me.

I’m an editor who likes to experiment. Much like Thelma Schoonmaker, I don’t necessarily think editing needs to be invisible, but it depends on the director’s vision and how we approach the film. I’m always influenced and inspired by others in the industry.

There is so much talent and Michael Bay is one of them. His films keep me giddy. His style and what his editors William Goldenberg (6 Underground) or Pietro Scalia (Ambulance) do to contribute has me eager and excited to work on bigger budget films. Sharp cuts after dialogue followed by a few high-energy establishing shots. Snappy, fast, fun!

Not only do action/ thrillers excite me, but I also love the creepy thriller/horror that Jordan Peele and Guillermo del Toro do. I think this always circles back to Steven Spielberg though. He does action/thrillers but his work would often have undertones of horror like Jaws or sci-fi like E.T. It’s this combination of undertones that has influenced me creatively.

What was the collaborative process like working with Keoni Waxman, the director for your most recent project, The Ravine?

I’ve been fortunate to have worked with Keoni on several features. When Keoni completed the draft of The Ravine script he asked me to read it. He went on to explain that they were going to shoot in New Orleans with Eric Dane, Teri Polo, and Leslie Uggams from Deadpool, so naturally, I was very excited to be involved in this thriller film and to be working with Keoni again. He’s such a pro with enormous talent.

He’s also a director who really lets me have creative freedom on his movies. He’s very open to suggestions or alternative ways to cut a scene and in doing so together we shape the film.

The Ravine was adapted from a book inspired by true events, so Keoni and the producers really wanted to stay as close to the book as possible. It was important to them so it was important to me to maintain that vision.

I try to present the best version of their movie and then we’ll review, discuss and continue sculpting. You have to be very patient as an editor, it’s a very time-consuming process. But if you follow your instincts, support your director, and help problem-solve then the film becomes stronger.

What is one thing you think is special about being an editor that sets it apart from other roles in the industry to you?

There is not one thing that makes editing special, there are many things. First off you get to work directly with the director and shape the final version of the film. You get a chance to help elevate the film’s style with your creative approach, help define the tone with music, establish pace where/when needed and even add or reduce dialogue if necessary. It’s this combination of techniques that sets editing apart from other roles in the industry.

What would be your dream project to work on, what would that look like?

I grew up very much a Steven Spielberg fan, loved Jaws, Raider, and E.T. and of course, inspired by Star Wars and Lawrence Kasdan’s writing. I have been fortunate to have worked with many talented directors throughout my career.

I’m also looking forward to working on films with bigger budgets such as David Leitch and Chad Stathhelski’s John Wick franchise. I’d also like to work on future projects with action/horror directors like Jordan Peele, Guillermo Del Toro or the Jurassic Park franchise films. These are films I love to watch and hopefully one day attract into my editing realm.

And finally, I wanted to ask how we can stay connected with your future work. What’s the best way to follow you?

You can stay connected with Trevor’s future projects through his IMBD page. What roles would you like to see him take on next? Let us know in the comments!