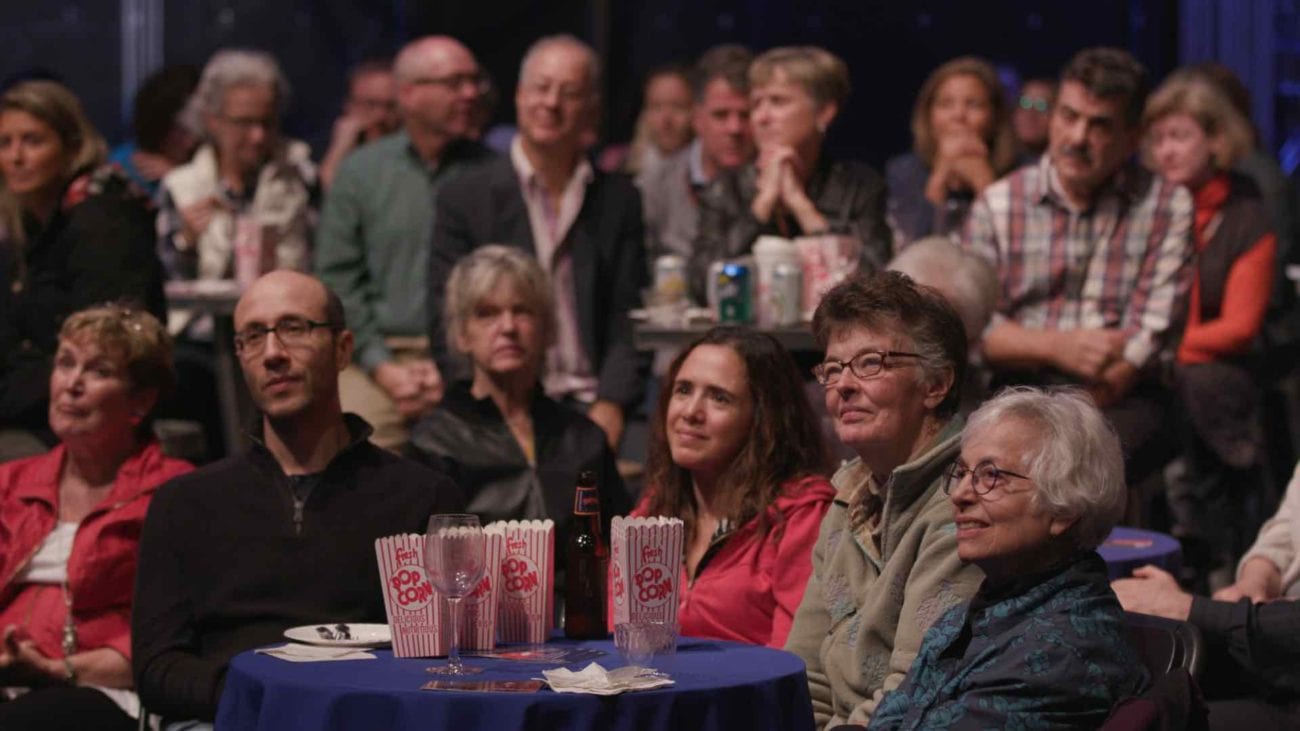 Streaming Event to Watch: ‘Stories from the Stage’

This summer audiences can catch amazing real-life stories told by everyday people as WORLD Channel presents a 24-hour binge-a-thon of the television series Stories from the Stage beginning on Saturday, June 22 at 7 p.m.

Stories from the Stage is hosted by humorists and storytellers Theresa Okokon and Wes Hazard (who some viewers might recognize from his time on Jeopardy! in 2018 where he was a three-time champion). The public television series features masterful storytellers from every walk of life, highlighting both our differences and our shared sense of humanity. 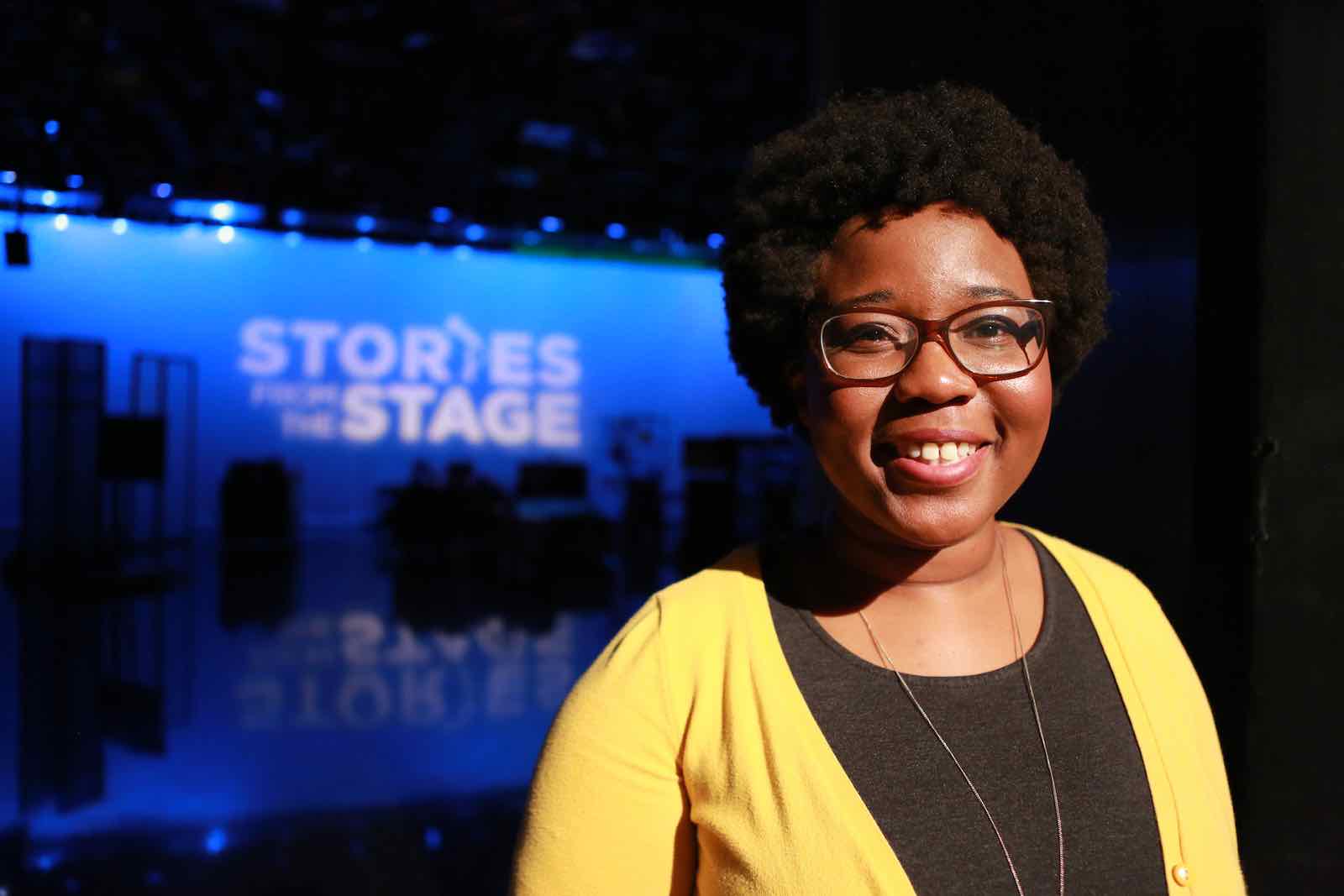 Stories from the Stage’s 40+ episodes feature stories told in front of a live audience by diverse raconteurs – some novices, some masters – from across the U.S. and around the world. Humorous and poignant, the stories cover a wide range of topics including:

Tereza Lee’s discovery of her undocumented status leads her to the office of Sen. Dick Durbin and to the creation of the Dream Act “Take A Stand” 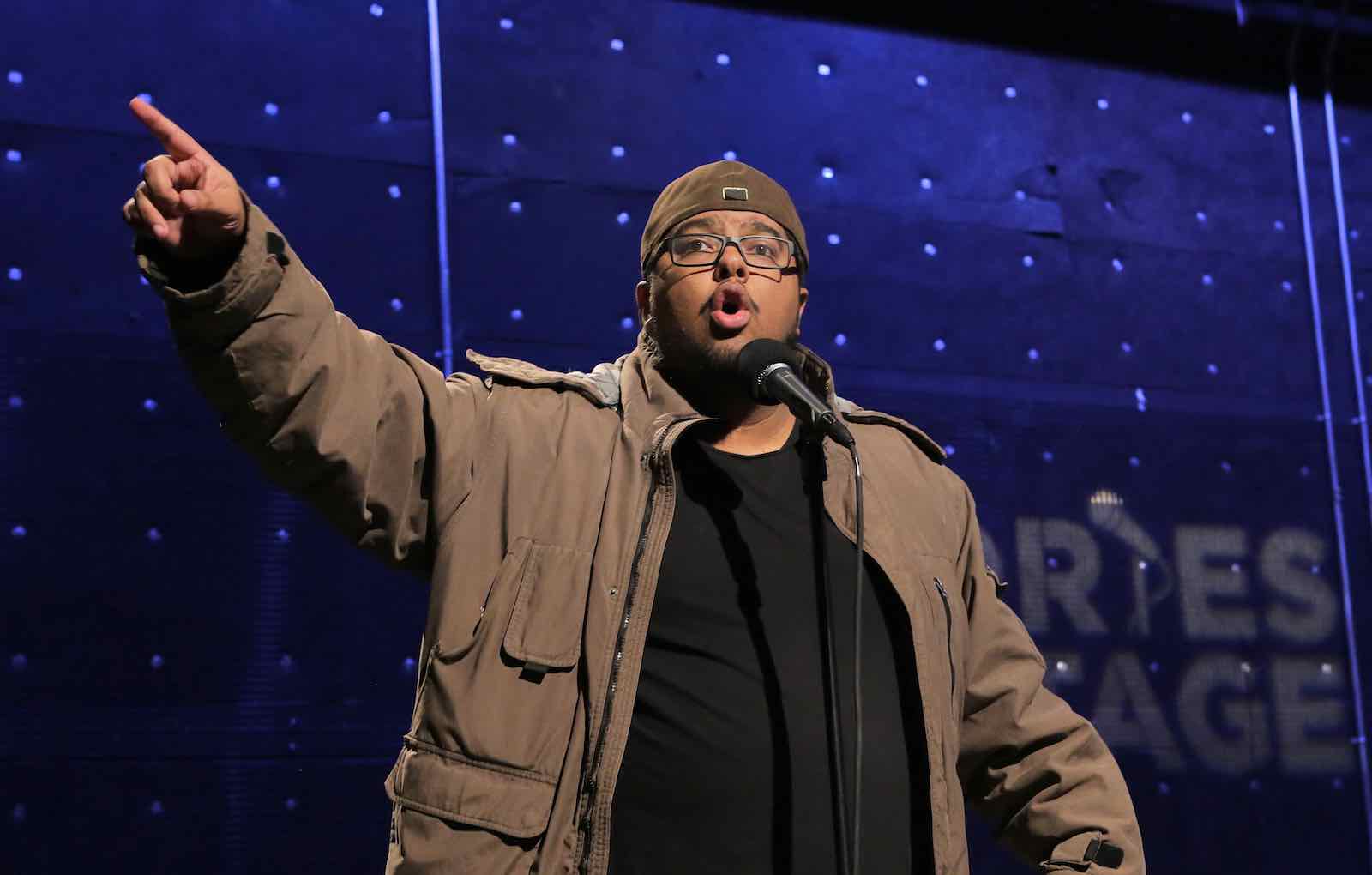 Gastor Almonte remembers the time he went above & beyond, and racked up hundreds of dollars in speeding tickets to satisfy his pregnant wife’s sweet cravings. “Sugar & Spice” 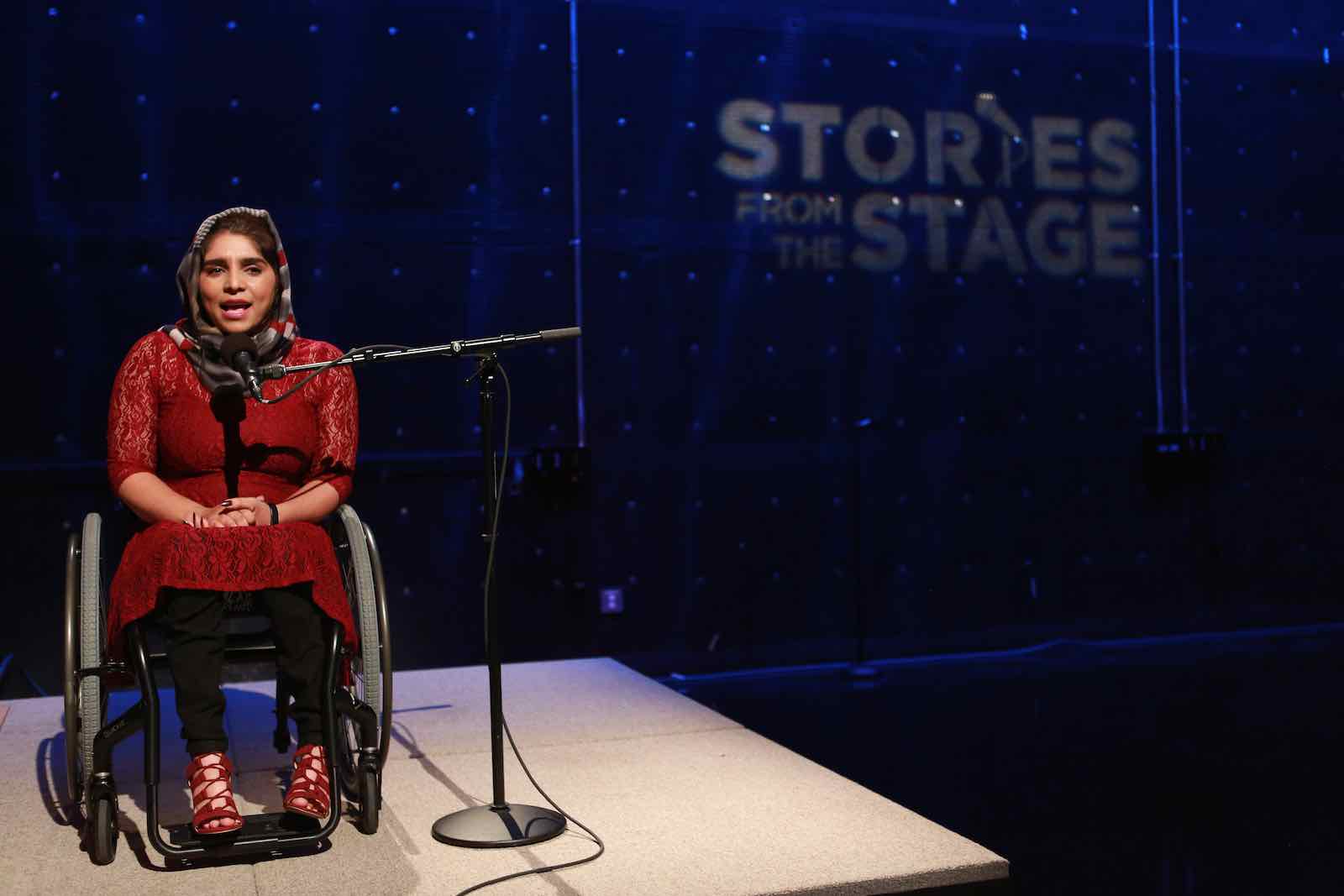 Mahboba Akhtarzadah, a young woman from Afghanistan, details her journey to the classroom and education despite living in a society that said she couldn’t because she was female and had a disability. “Fresh Start” 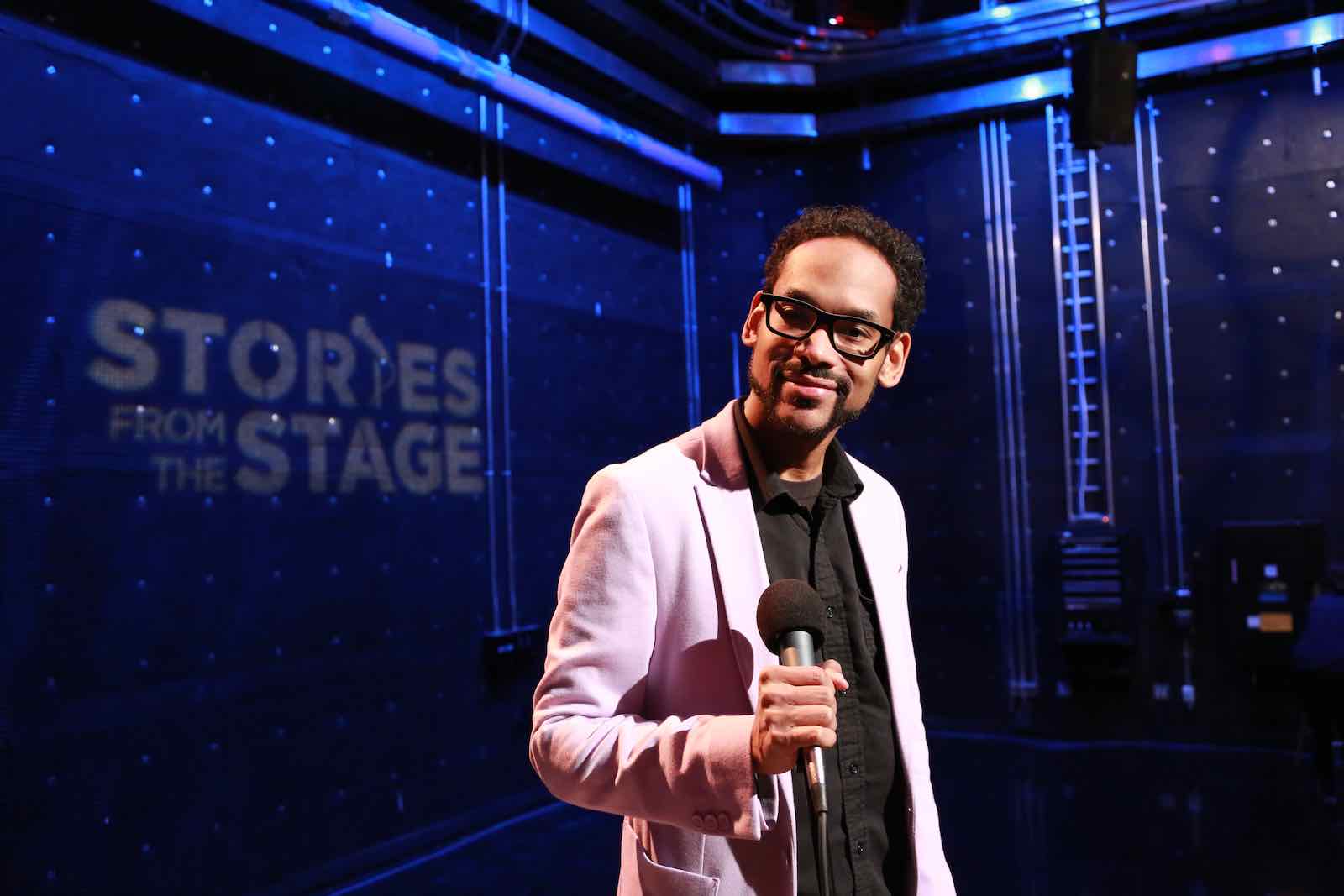 These stories and more bring the classic art form of storytelling to modern audiences with a focus on fresh, new voices reflecting the diversity of America and abroad.

In addition to watching on WORLD Channel, viewers can also take part via livestream on the WORLD Channel and Stories from the Stage Facebook pages with live commentary by the hosts.

With more than 40 episodes, the Stories from the Stage binge-a-thon will give viewers a chance to catch up on the series dedicated to bringing real stories – whether humorous or poignant, commonplace or astonishing – to American homes. Each 30-minute episode spotlights a trio of raconteurs – some experienced, some novices – sharing short anecdotes related to the episode’s unifying theme.

Love, loss, family, food, immigration, and celebrations are among the topics explored in episodes including “Lost & Found,” “Welcome to the Neighborhood,” “It’s All Relative” and “Holidays: The Good, The Bad.” Although each story is unique, audiences everywhere will be able to connect and relate with storytellers from a mosaic of backgrounds, ages, cultures, and abilities.

On Saturday, marathon viewers can be the first to watch the newest episode in the series. Produced in association with WCTE Tennessee, new episode “Rocky Top Remembers” brings Stories from the Stage to Tennessee.

With a mix of Southern charm and candor, storytellers reflect on topics ranging from breaking social barriers (as one teller recounts being the first black baseball player at Tennessee Tech University) to family matters (as one follows a parent’s passion for carnival games while another gets an important lesson on the pecking order in her family).

Stories from the Stage is a collaboration of WORLD Channel, WGBH Events, and Massmouth. Showcasing the communal art form of storytelling, the series reflects WORLD Channel’s commitment to bringing fresh,compelling voices to public media audiences on all platforms, while reflecting the diversity of modern America and the global community.

“Personal stories rich in human experience and emotion can create understanding, empathy and appreciation for people very different from us,” said Liz Cheng, General Manager for WORLD Channel and co-executive producer of the series. “With Stories from the Stage we hope to prove how much we all have in common and inspire community dialogue about our differences.”

Stories from the Stage is co-executive-produced by Cheng and Patricia Alvarado Núñez, with Lead Camera-Director-Editor Michael Rossi and Chris Hastings, executive in charge of production. 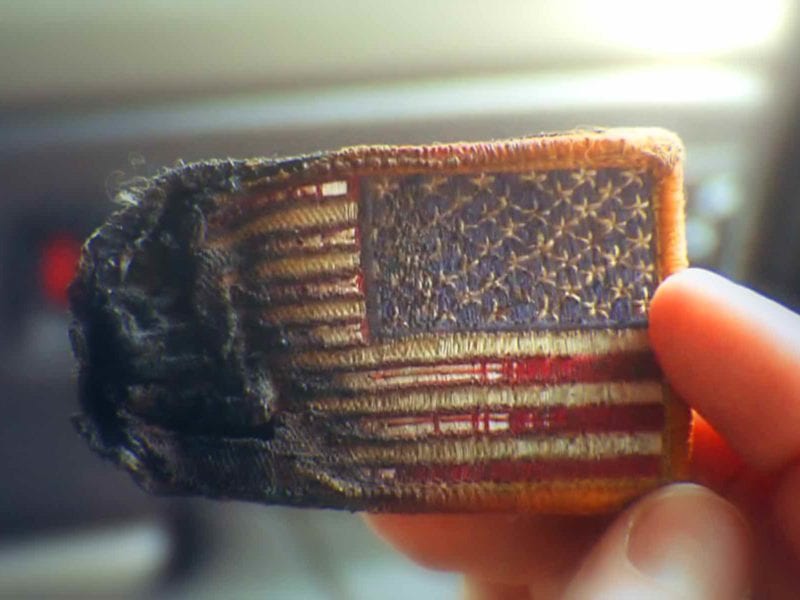 ‘Surviving Home’ is a passionate and timely documentary about veterans