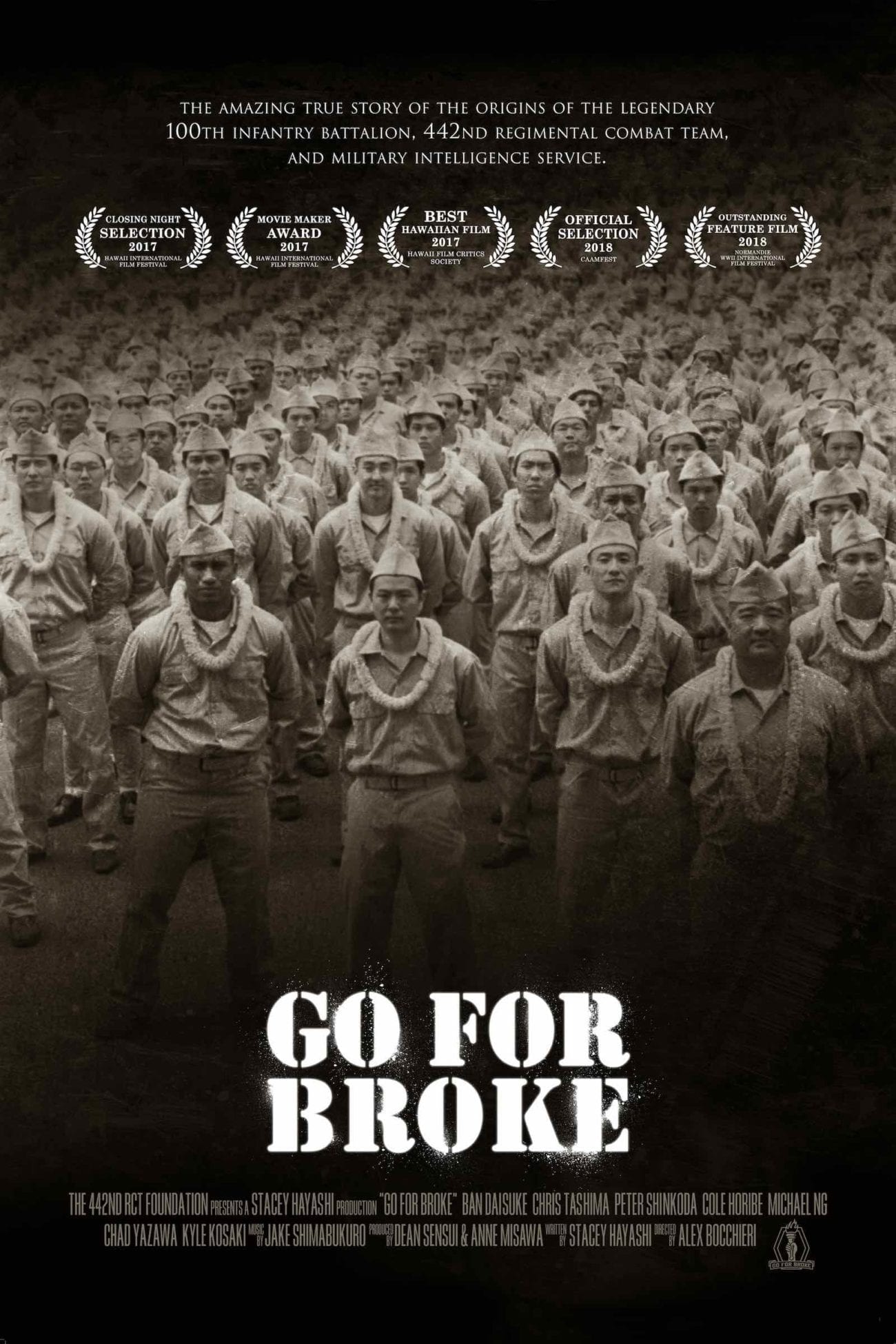 Indie Film Event of the Day: ‘Go for Broke: An Origin Story’

Go For Broke: An Origin Story

Today we want to tell you about the premiere of Go For Broke: An Origin Story, a film from Hawaii based on the true, untold story of the 100th Infantry Battalion, 442nd Regimental Combat Team, and Military Intelligence Service in World War II. It will make its Los Angeles premiere later this month.

Writer and Executive Producer Stacey Hayashi’s first feature-length film was filmed entirely in Hawaii at many of the locations where actual events occurred and brings to light stories of real-life heroes. Those young Americans faced racism and discrimination from their own government and helped form what would become the most highly decorated combat unit of its size in American history. 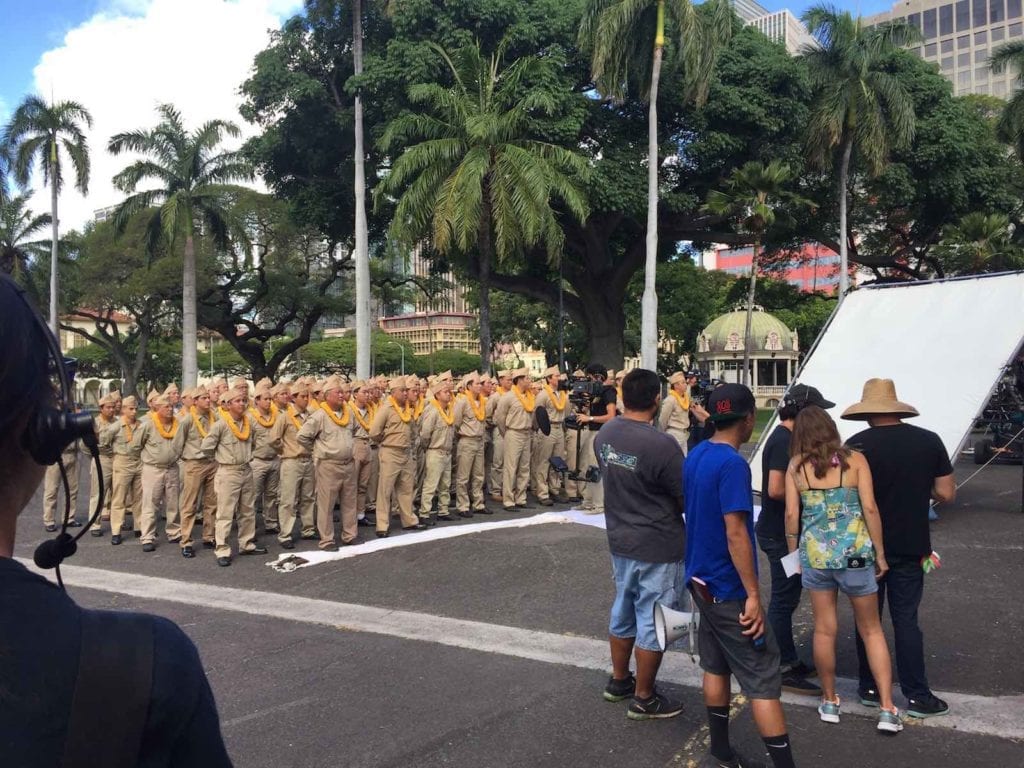 The film chronicles the remarkable story from the eve of December 7, 1941, when over 4000 Japanese Americans were already in the military and defending Hawaii, to when 169 AJA (American of Japanese Ancestry) college boys petitioned the military governor to let them show their loyalty and help with the war effort, despite having been kicked out of the Hawaii Territorial Guard for “looking like the enemy.”

They overcame being classified as “enemy aliens” and forbidden to serve by the US government, but persevered to their triumphant formation and deployment “aloha ceremony” at Iolani Palace before heading to basic training at Camp Shelby, Mississippi.

Many of the authentic details arise from the involvement of the individuals Hayashi brought to the film, including the first Japanese-American killed in action on December 7th, 1941, Torao Migita; members of his actual family portray themselves.

Among countless other descendants of veterans, the grandson of Hawaii’s future governor John A. Burns makes a brief appearance in the film. HTG/VVV/442 veterans Ted Tsukiyama, Bishop Yoshiaki “Sharkey” Fujitani, and 442/MIS veteran Herbert K. Yanamura, who saved the lives of 1,500 people in the Battle of Okinawa, and WWII veteran and former US Senator Daniel Akaka appear as well.

Even members of the current 100th Battalion, 442d Regiment, still active and stationed at Fort Shafter, have cameos portraying their WWII counterparts. Fittingly, the University of Hawai’i at Manoa Academy of Creative Media played an integral role, telling an unknown story about their UH counterparts during WWII. 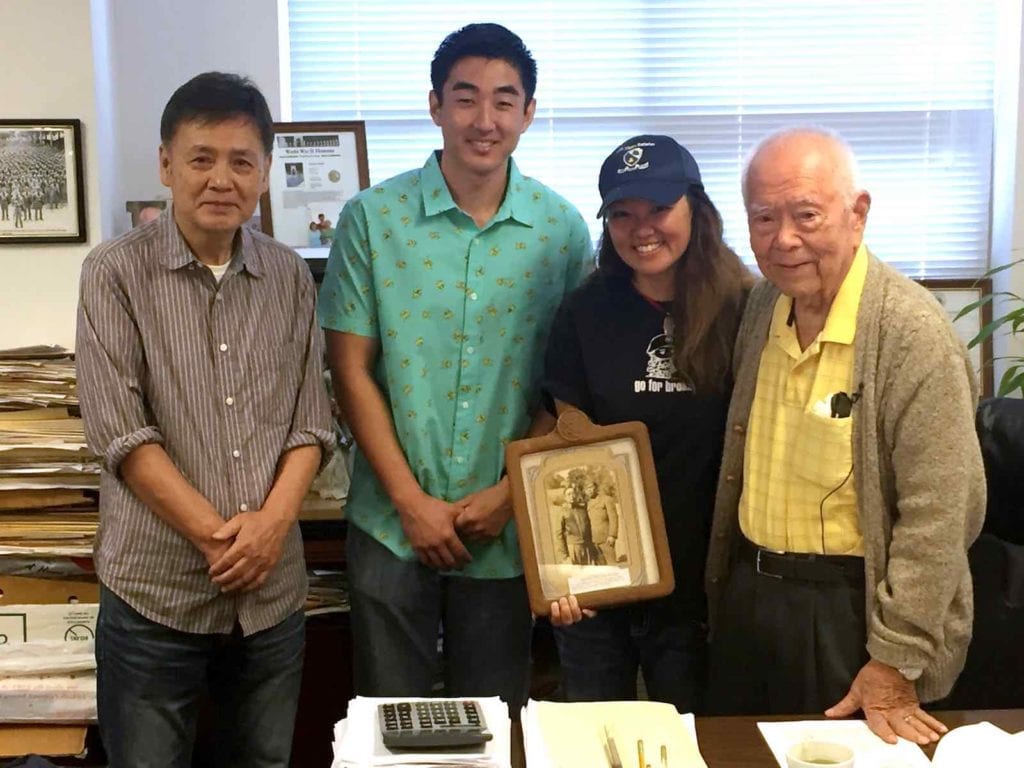 The 442nd was made up of more than 14,000 Japanese-American men who served with valor in the European theater and received 21 Congressional Medals of Honor, 8 Presidential Unit Citations, 9,500 Purple Hearts, and 5,200 Bronze Star Medals.

Among their ranks was Medal of Honor recipient Daniel K. Inouye, who would go on to become a powerful and respected US Senator and President Pro Tempore – the first Japanese-American elected to Congress. The motto of the Combat Team was “Go for Broke.”

Go For Broke: An Origin Story is dedicated to late US Congressman K. Mark Takai for his steadfast support in telling the stories of AJA WWII veterans, as well as all veterans and active duty members of the military. His family and campaign members, who were the engine behind its last grand scene, can also be seen in the movie.

To attend the LA premiere, get your tickets now!

Or, get tickets and showtimes for the Santa Monica and Pasadena screenings here.

Written and produced by Stacey Hayashi, produced by Dean Sensui and Anne Misawa, directed by Alex Bocchieri. Cinematography by Jeremy Snell and Anthony Sanderson-Vallejo. Shot on an Arri Alexa operated by Abraham Williams. 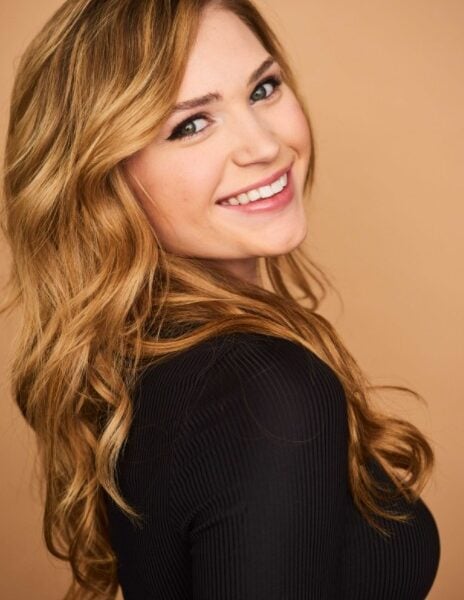 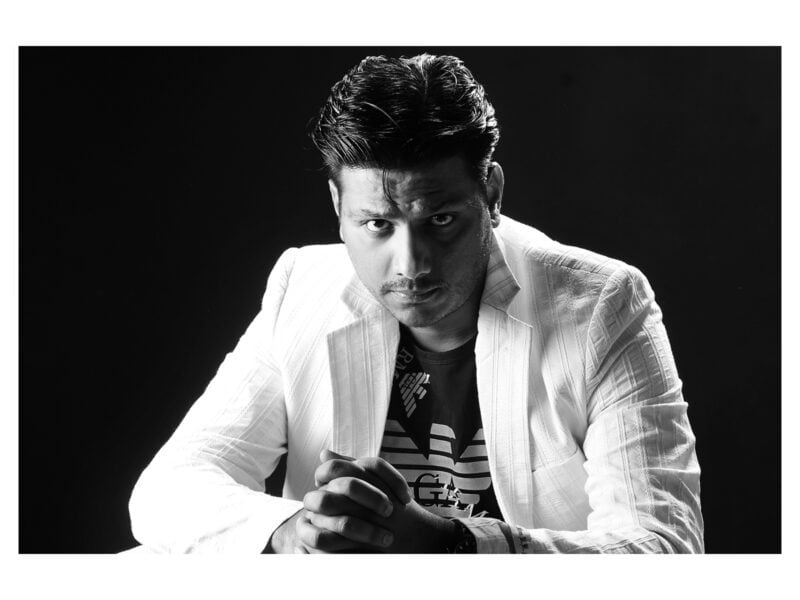 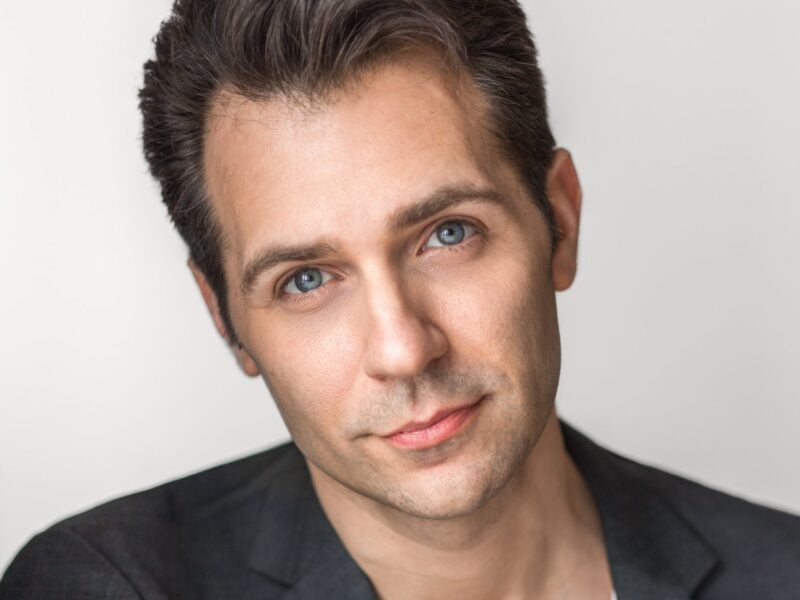