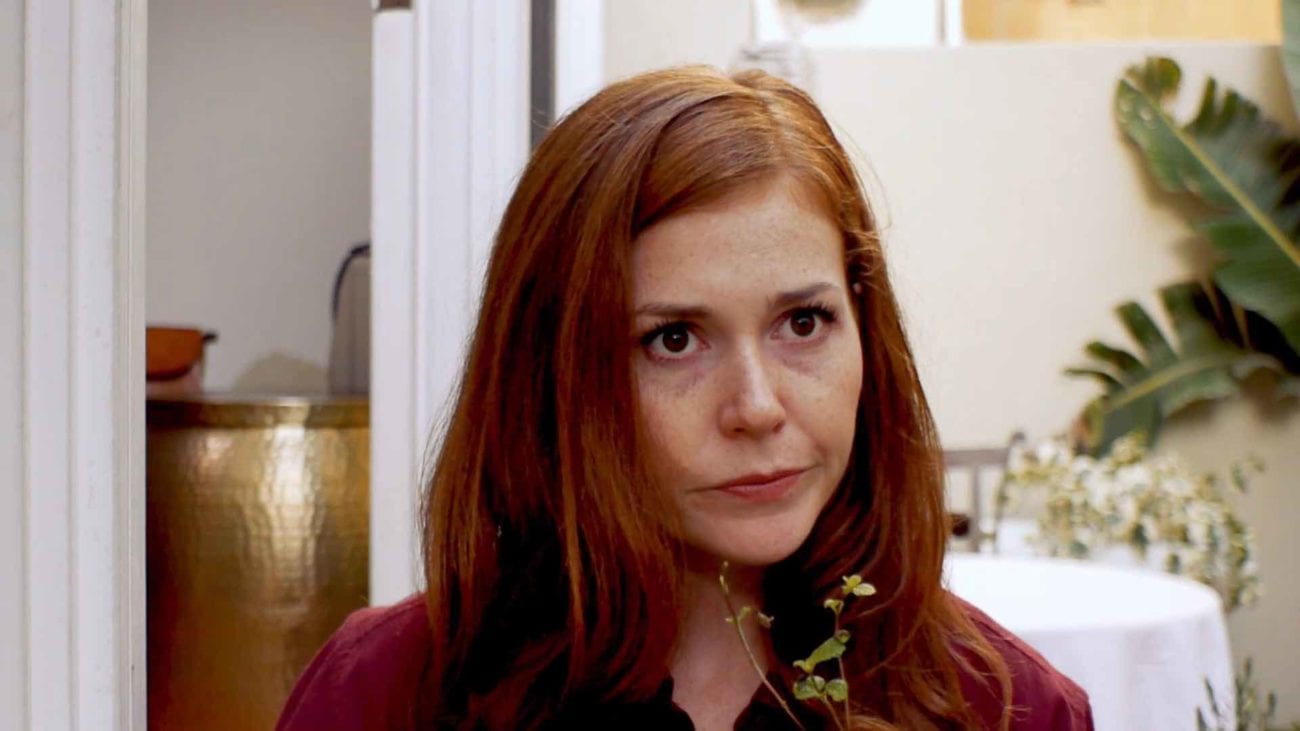 ‘Westfalia’ and beyond: The creative life of Haley Finnegan

We’ve already featured Haley Finnegan as our indie filmmaker to watch this week so we were delighted when we got to sit down with the talented slashie and chat filmmaking shop for a second last week.

Haley is already an actor shaking up the industry. Now she’s added writing, directing, and producing to her skillset. She wrote, produced, directed, and stars in Westfalia. The dialogue is mostly improvised in Haley’s film directorial debut.

Westfalia follows Emelia (Finnegan) and Brody (Bryan Flynn), a couple aspiring to Insta-fame. According to Emelia, the best way to do that is to create an engagement post. They pack their camping gear and best camera equipment for a road trip in a 1984 Westfalia Vanagon, looking to find those perfect Instagrammable moments and grow their following.

Here’s everything to know about Westfalia and Haley’s other projects.

FD: What was the inspiration behind your new movie, Westfalia?

HF: I really wanted to take a behind the scenes look at the influencer lifestyle. There’s a lot happening that we don’t see. If a photo is worth a thousand words, then I think an influencer’s photo must be worth a million. And I wanted to explore that world. 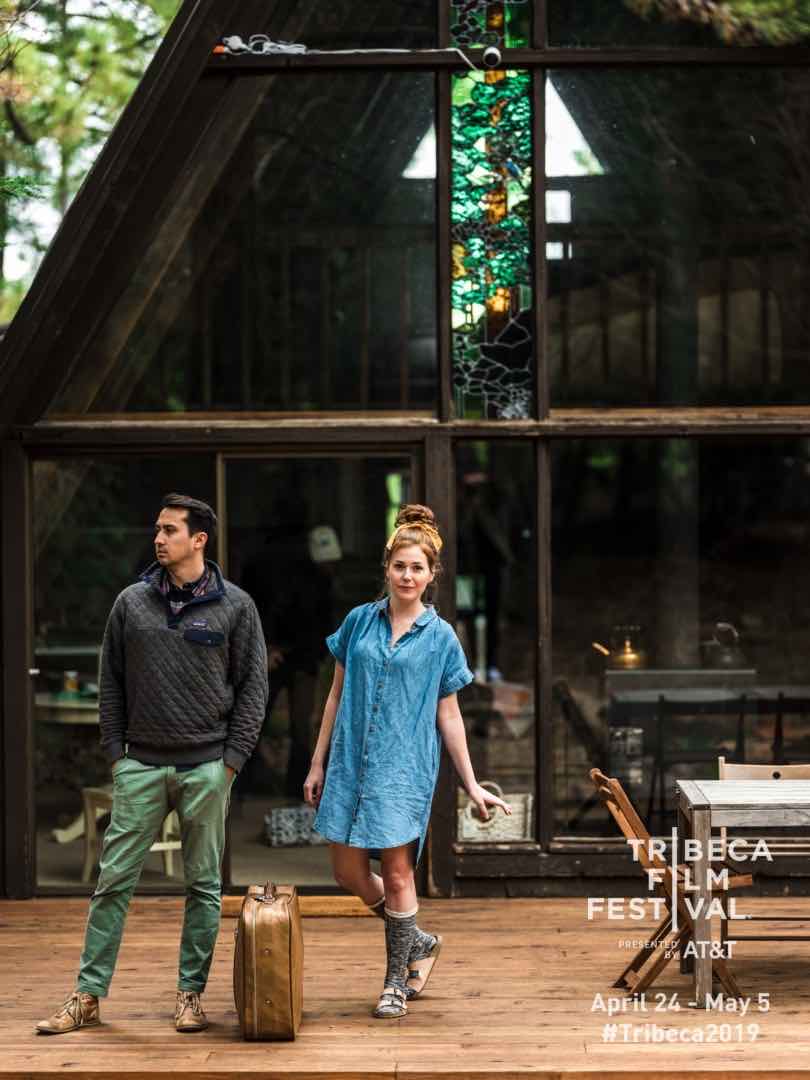 What was your writing process?

It involves me charming myself into writing with a couple glasses of wine, sitting with a notebook, and laughing loud enough that my neighbors can hear me. I don’t recommend this for many reasons, but most of all, if you live alone and you want to be friends with your neighbors, don’t laugh loud and often when they know you’re home alone.

Why did you decide to direct the movie? Was it a difficult task?

I don’t remember making the decision to direct. It was more about whether or not I was going to make it. I never paused to ask myself if I could or should direct the film. I just knew I would. It was difficult. It was lovely. 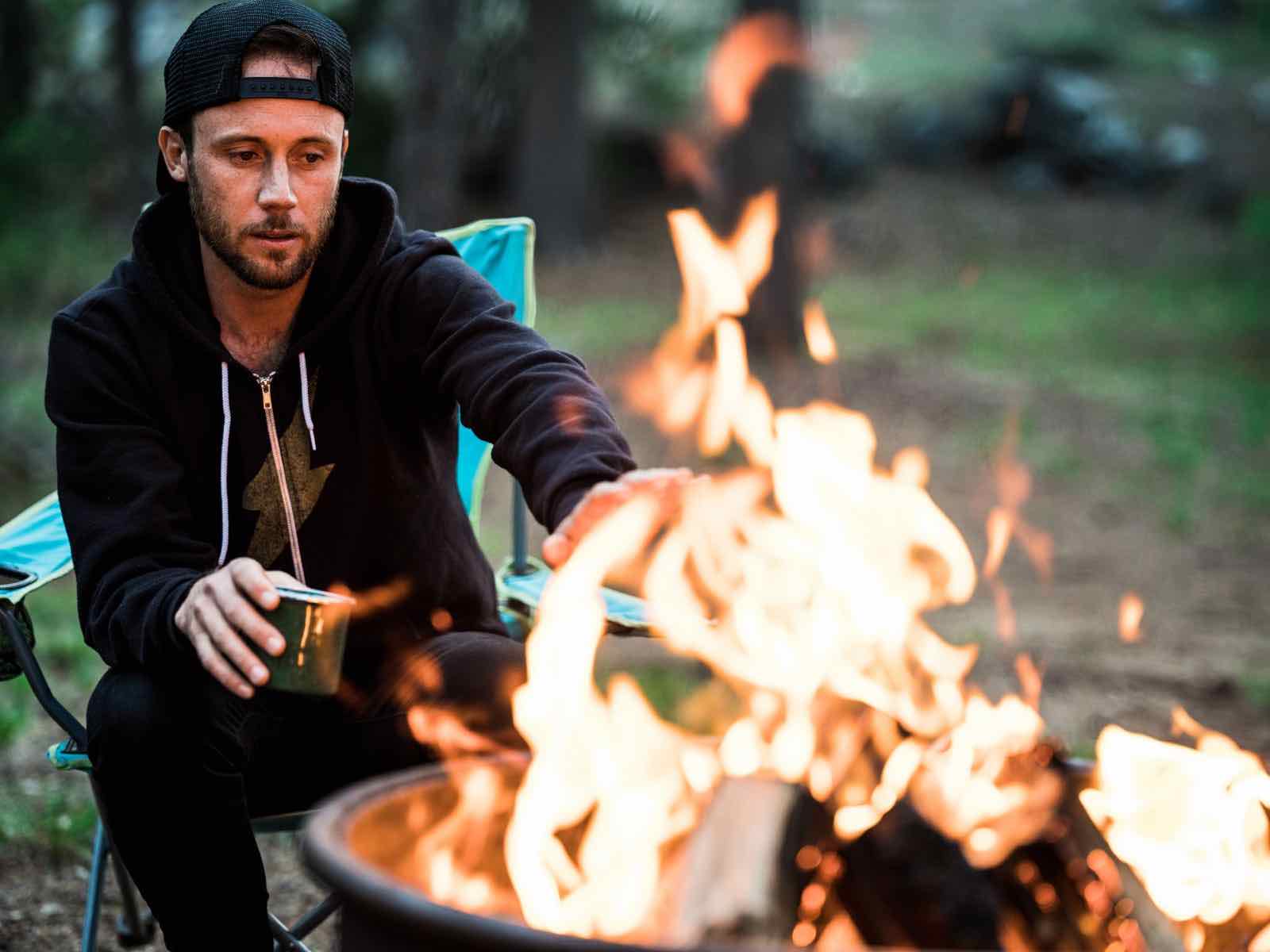 I wrote it for people I knew. So the casting process happened during the writing process. All the characters were named after the actors while I was writing it. I am on an improv team in LA called Chased By Bear, and I love the actors on my team. So when I thought of a character, I imagined my teammates playing them. It actually helped construct a clear voice for each character.

Did the movie help you become Insta-famous yourself?

Yes, if Instafame means my friends and all their parents are now following me!

What tips do you have for first-time directors?

Work with people you get along well with. It makes the process enjoyable and fosters creativity. 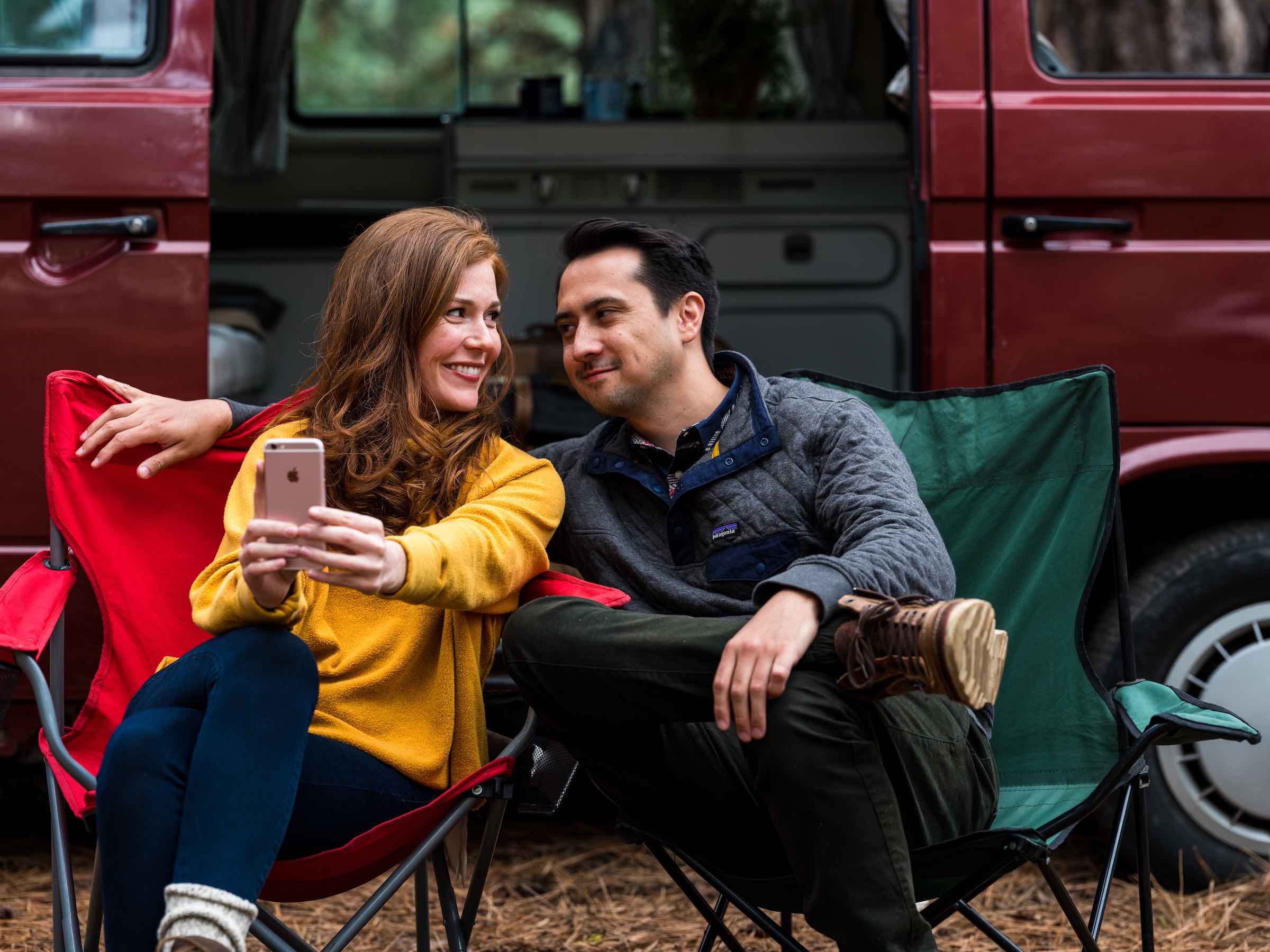 Was it hard to act in a movie you were directing? How did you manage that process?

No, it was nice. I knew exactly what the director wanted, so we got along famously. I did a lot of contemplating scenes and visualizing edits at home before the shoot – and then I just knew what I wanted, so I did it.

How did you go about starting your outreach onto the festival circuit?

My associate producer, Nick DePriest, made a list of festivals for me in September. And then I just applied to each of them as the deadlines approached. I didn’t really know where we would get in, but I hoped someone would take us. 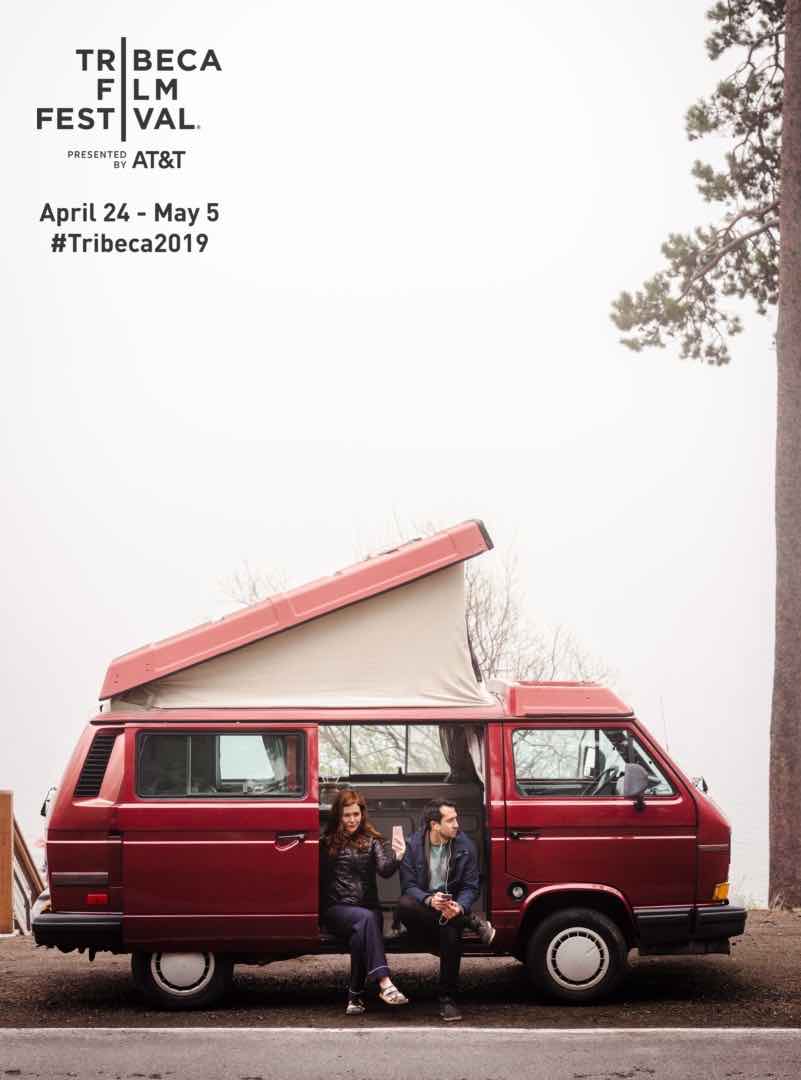 What was your experience like working with Christopher Guest?

He’s my favorite. He’s brilliant. I love the freedom he gave me on set. When we were working on mascots, he called me and told me the backbone of my character and then I just ran with it. I knew I had a straight-to-camera monologue, my character’s job, the name of her company, and the products she sold.

I didn’t know what he was going to ask of me when I got on set. On the first take, he didn’t say much except “action”. So then I just improvved a bunch of things with my character’s product in my hands, standing in her world. I must have talked for 20 minutes. 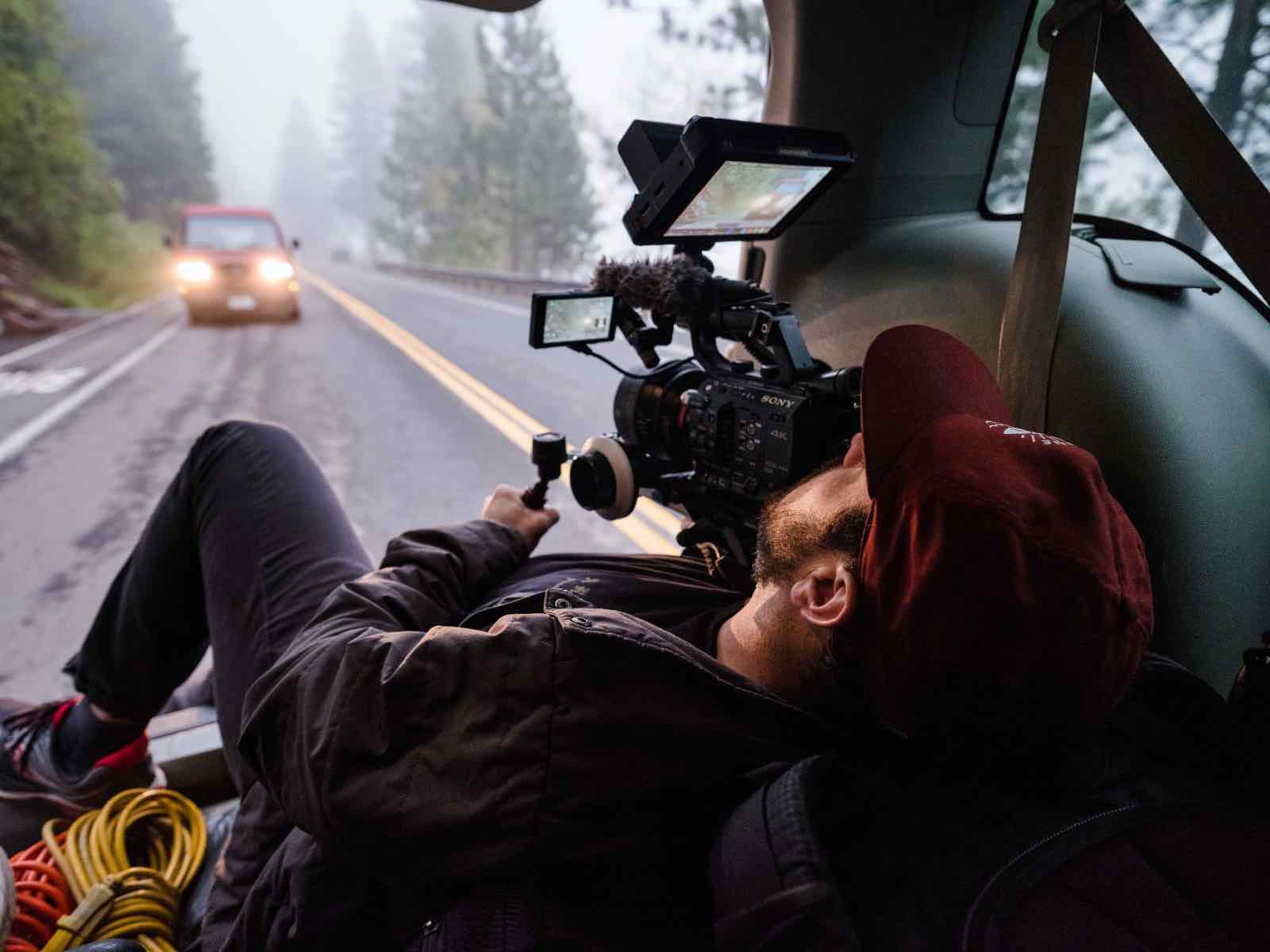 Then Guest yelled “cut”, came over to me with a smirk on his face, and said something like: “Okay, I like this thing you said and that thing. Let’s do it again with those things.” And we did. It was a lot of freedom. It was a huge rush. I’m dying to do it again. Next time, hopefully my scene will stay in the film.

Tell us more about The Ruby (theatre school and improv space). What’s it like to collaborate with so many fierce women?

I love all the people who run that theater, and I love the work they’re doing. Chased By Bear is currently performing at The Improv Studio but we’re always hoping to play The Ruby again.

How do you think directing has helped you improve your acting craft?

Directing has been the most helpful thing for acting. Instead of looking at your character’s journey, you’re looking at all the journeys. As an actor, I like to break down a script and deconstruct it in order to understand the bones of what is happening – but now I do it with more attention to every character’s role. 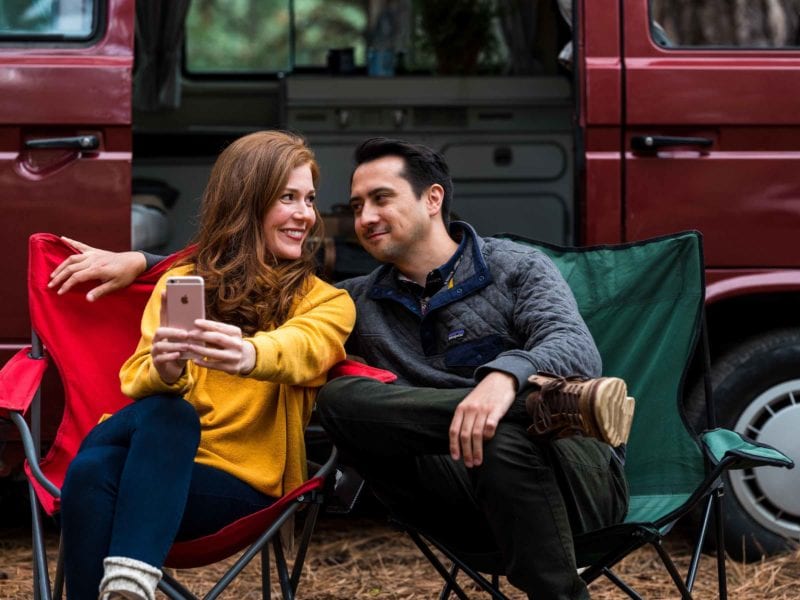