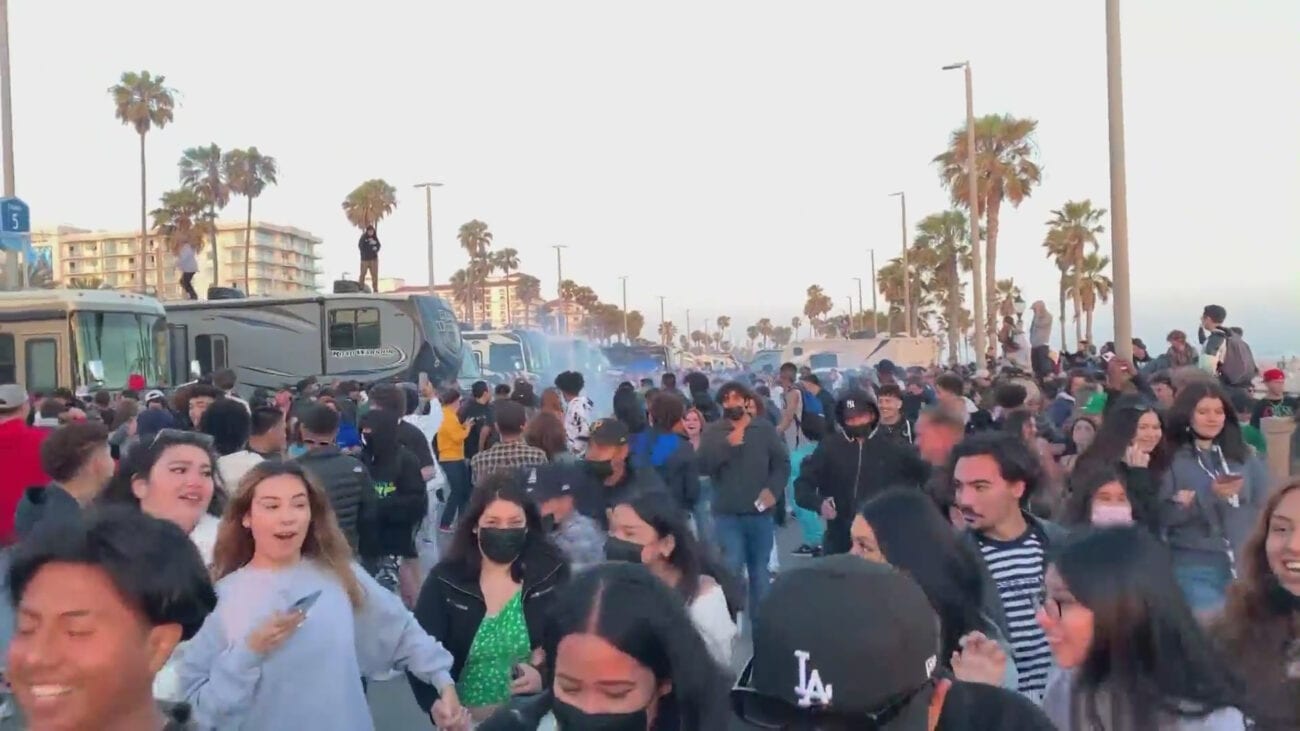 How did a Tiktok party in California lead to nearly 150 arrests?

Can TikTok replace traditional birthday party invites? That’s the question TikTok user @adrian.lopez517 dared to ask, and the world answered with a resounding yes. In response to learning about “Adrian’s Kickback” thousands of people crowded into Huntington Beach, California, with some saying they drove from out of state just to attend the event.

The Huntington Beach Police Department estimated that 2,500 people showed up on Saturday night in response to seeing a birthday party advertised on TikTok. At seven p.m. the police declared the party an unlawful assembly and instituted an emergency curfew. By the end of the night, they’d arrested nearly 150 people for curfew violations, failure to disperse, vandalism, and setting off fireworks.

The story might sound like the premise for the newest teen party movie, but sometimes real life is stranger than fiction. We’ve got all the details on Adrian’s Kickback for you below. 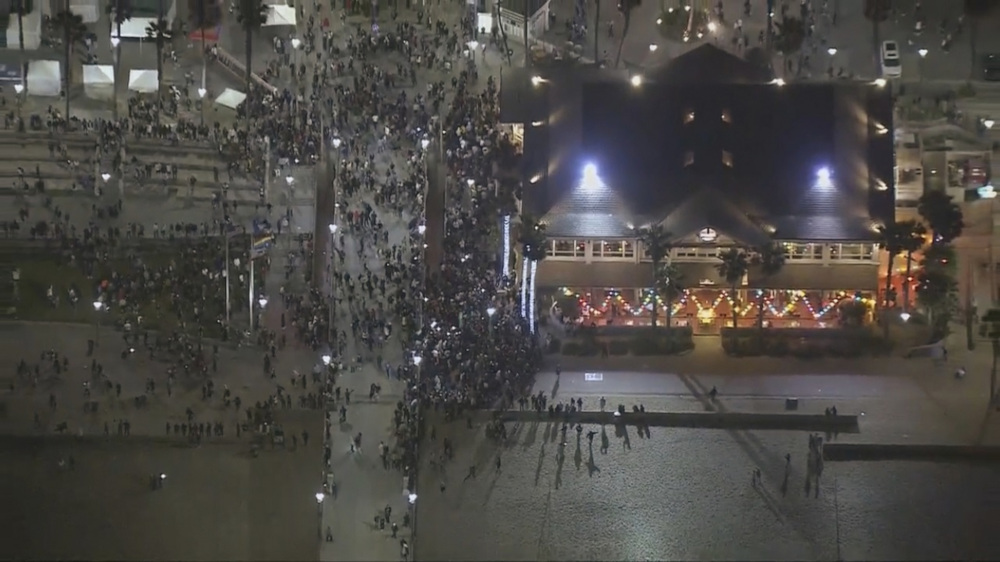 Last Monday, a TikTok video advertised a birthday party for someone named Adrian Lopez. The video said the party would be held at Huntington Beach, by the fire pits, at 7:30 on Saturday night.  In six days, the hashtag #adrianskickback was viewed over 180 million times.

The hashtag gained so much attention that it landed on the radar of the Huntington Beach Police Department. On Friday evening, the department tweeted, “We are actively monitoring multiple social media posts advertising a large gathering on the beach this weekend”. They said that they would “be strictly enforcing all applicable laws & ordinances throughout the weekend”.

That warning did little to dissuade the partygoers. On Friday night hundreds of people showed up to Huntington Beach, apparently confused about when Adrian’s Kickback was set to take place. Many of them hung around for the main event. Saturday night, over 2,000 people arrived for the party.

Videos from the Saturday night soiree show crowds of young people partying in the streets. They danced, moshed, climbed stoplights & lifeguard towers, and set off fireworks for hours. The crowd filled the beach and swelled into the streets of Huntington Beach.

Police were quick to declare the situation an unlawful assembly, but that did nothing to stop the partiers. Reportedly, several businesses and police cruisers were vandalized. Some of the people attending the event claimed police shot paintballs at attendees, while the police claim the partiers threw rocks & bottles at them.

What’s clear is that by the end of the night, the Huntington Beach Police Department had arrested 121 adults and twenty-eight minors for various charges. Some online criticized the department for tolerating anti-mask & white nationalist gatherings while shutting down Adrian’s Kickback. Others pointed out that the previous assemblies hadn’t drawn nearly the same size of crowd. 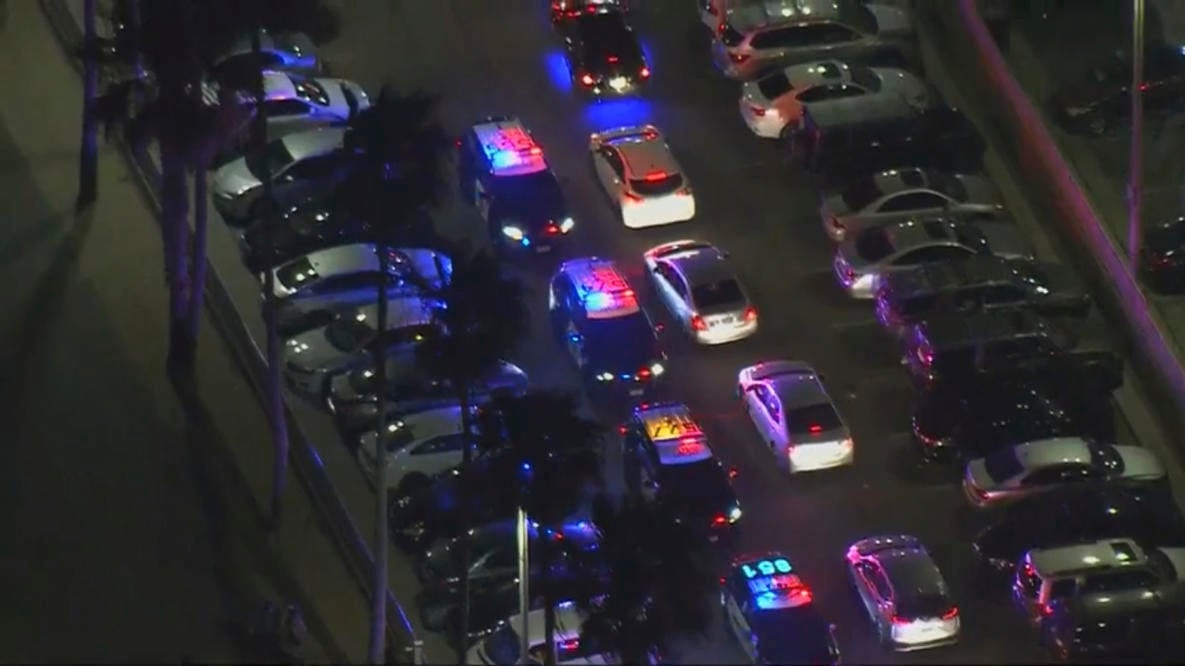 Will the real Adrian Lopez please stand up?

On Sunday, TikTok began taking down some of the videos from the party. Others were left untouched, as was the account that started it all, adrian.lopez517. The account has now been set to private, and multiple people online have come forward to claim the identity of Adrian Lopez.

I found Adrian from Adrian’s kickback! and his friend who posted the original viral TikTok. The hashtag #Adrianskickback has over 180M views on TikTok as of today pic.twitter.com/pzwUHX0ble

Taylor Lorenz, a reporter for The New York Times, flew from Puerto Rico to Los Angeles to attend Adrian’s Kickback. While there, she interviewed two people who claimed to have made the original TikTok video advertising the party. Both seemed genuinely shocked by the amount of attention the video had received online and the real-world turnout to Adrian’s Kickback. Then again, who wouldn’t be?

Are you sad to have missed the party, or are you one of the people who drove hundreds of miles to attend Adrian’s Kickback? Let us know in the comments!